On eMTB's and Mountain Bikes 91 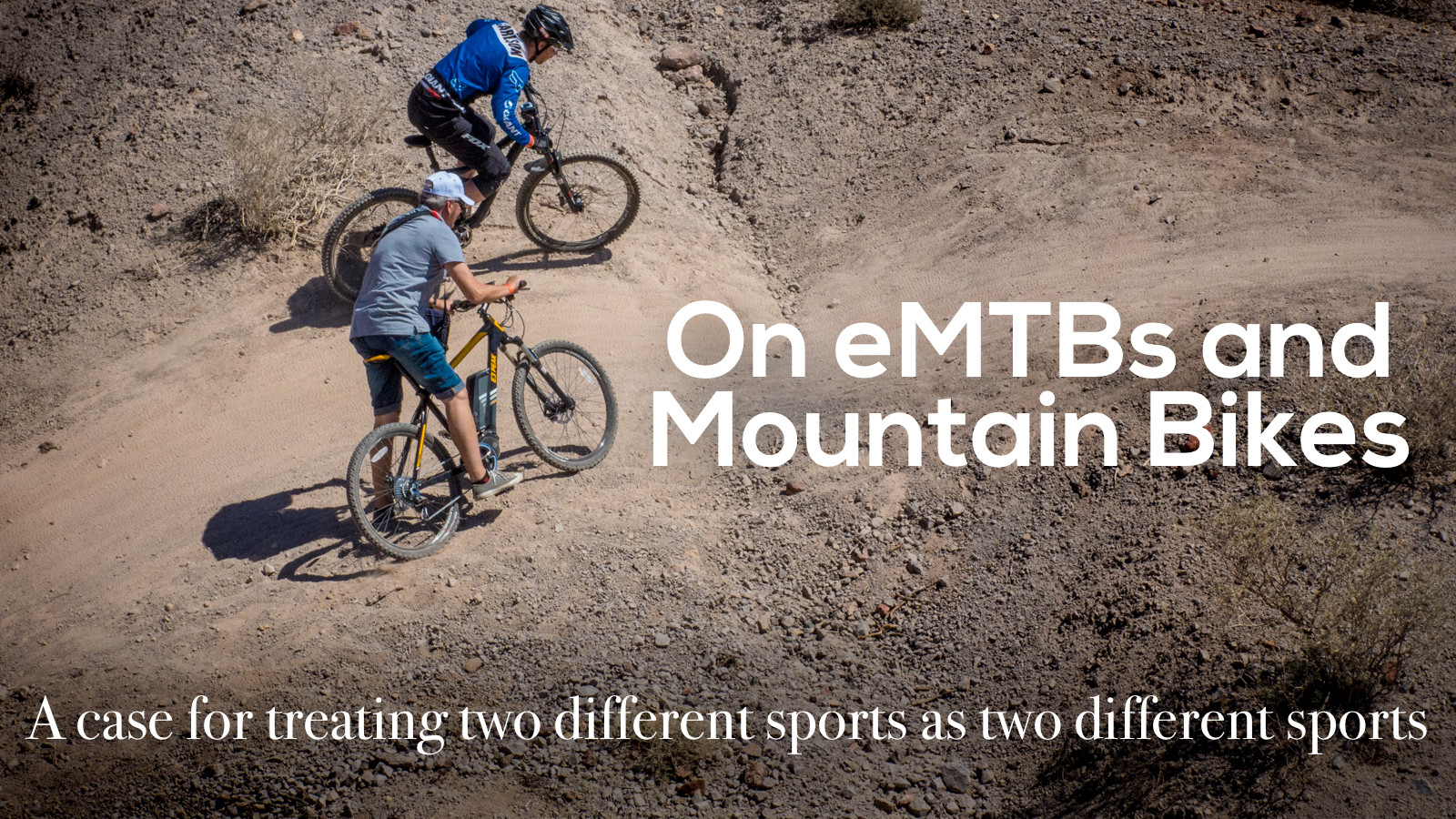 This piece was originally written in the spring of 2019, inspired by a press camp from the summer of 2018. It was never published. In light of the recent land access that was granted for e-bikes in the United States, we decided it prudent to finally share. After the response of our readers and the in-depth analysis by Brandon Turman, I wrote to Spomer, and in not so many words, stated, "I told you this would happen and who would make it happen!" Without further ado, this is my take on one facet of the eMTB conundrum.

Every few months or so the debate within our sport of mountain biking regarding e-bikes flares up. Be it when a site like this posts material and readers revolt or when another manufacturer crumbles beneath the pressure to produce one of these battery bikes. Consciously or not, the unsettling feelings that many mountain bikers express come from a common place - a place inside us that says that these e-bikes do not belong. We feel that way because, well, perhaps they do not. 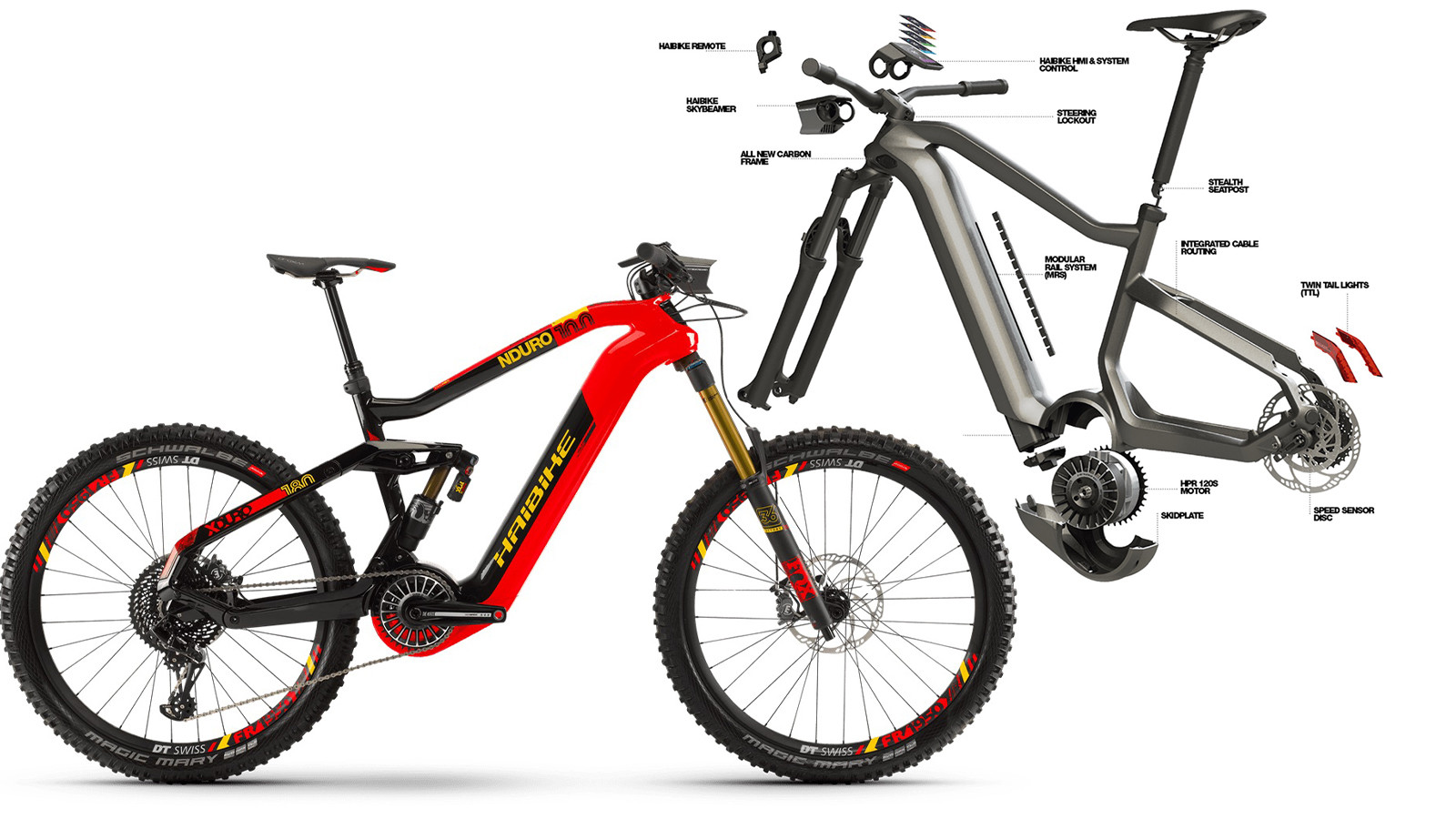 I have had the opportunity to ride a few different e-bikes in a testing capacity over the past few years. In brief, my opinion is that they are heavy, slow, and not all that fun. I do not objectively enjoy riding e-bikes. I find the Class 1 motor to be detrimental on the downhills. Motor assistance cuts off at 20 mph, a speed you may find yourself above more than you realize. Downhill pedaling sprints go one of two ways: below 20 mph with a delay in assistance until you reach 20 mph (less fun) or above 20 mph with no assistance, ever (much less fun).  If the motor doesn't help with propulsion, the rider is left to overcome the additional friction in the gearbox along with (often) massive 2.8-inch tires and a bike curb weight close to 50-pounds. In brief, the descent on these bikes is slower and quite clumsy when compared to an average mountain bike.

I am not alone in thinking e-bikes are not fun.

At one particular media camp, the first day was spent on e-bikes and the second on traditional trail bikes. On day two, midway through our descent, our camp leader stated how much faster we were going on a traditional bike. A multitude of other writer-riders and I concurred that yes, the traditional mountain bike was faster and more fun.

Where does this leave us? The vocal minority has already spoken: Not in my backyard.

To those ends, I have concluded that much of the e-bike market is not geared for, or engaging to, the more aggressive mountain bikers among us. They are a tool to assist those less apt to work on the climbs in the name of testing the reflexes on the way back home. That’s fine, I’m not of the sort that will tear down someone else for their interpretation of what is fun. Apply the Golden Rule here and we can all be groovy. I do also recognize the anecdotal examples of those for whom the e-bike is the only option. My friend, Paul Basagoitia, sustained a life-altering injury at Rampage, he is paralyzed from the knees down. Without an e-bike, he would not be able to ride. My “I ride for Paul,” sticker now proudly sports a red X over the “for,” and is replaced by “with.” I teared up when I put that damn die-cut on my truck. So yeah, I get it. Even still, as Paul and I were in the throes of an eight-mile climb, he told me if it weren’t for his injury, he would not own an e-bike. So there’s that. 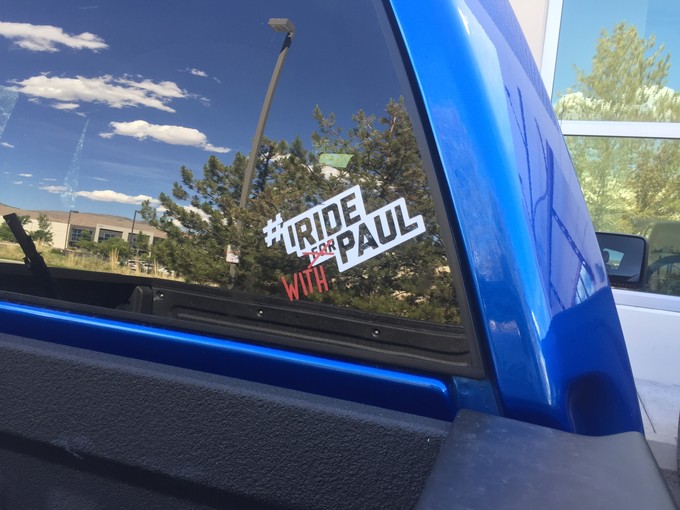 Where does this leave us? The vocal minority has already spoken: Not in my backyard. In other words, no more e-bike coverage on this site or the pages of a magazine. No ads. No press releases. Leave it alone and let the e-bike specific outlets have it. If the product isn’t pushed then it just might go away.

Except that it probably won’t. 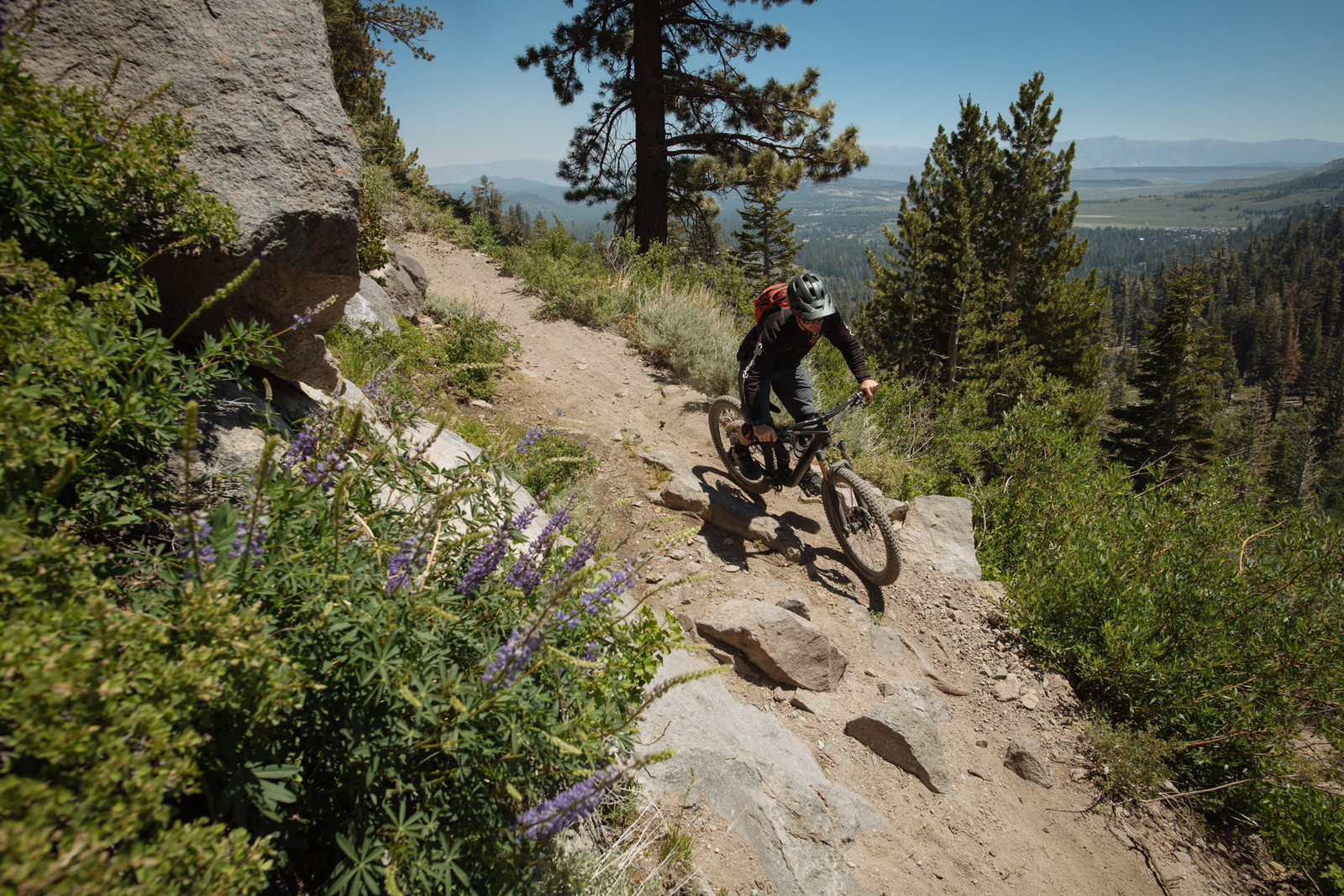 Thing is, I’m in the US, and the rest of the world isn’t. If my brushes with press-camp intel have taught me anything, it is that the markets outside the US are growing rapidly, even if they are still minor here.  As it sits right now, many of the trails across the United States are closed to motorized vehicles, this includes pedal-assist e-bikes. We Uncle-Sam-lovers have been waiving that banner and making a lot of noise over the topic whilst pounding our chests. There is, however, a group that is fixin’ to change that. Enter: People for Bikes.

These fine folks are currently lobbying on behalf of bicycle manufacturers to grant trail access to Class-1 e-bikes. They want greater e-bike access so more people can get out there and enjoy nature…by buying e-bikes. There isn’t enough solid data to address issues like trail erosion, inexperienced/unfit riders going deeper into the wilderness, or overall increased traffic on trails. Sure, it is claimed that no trails have yet to be shut down due to e-bikes but that is just as likely the result of them not being allowed in the first place. The logic is dizzying at times. 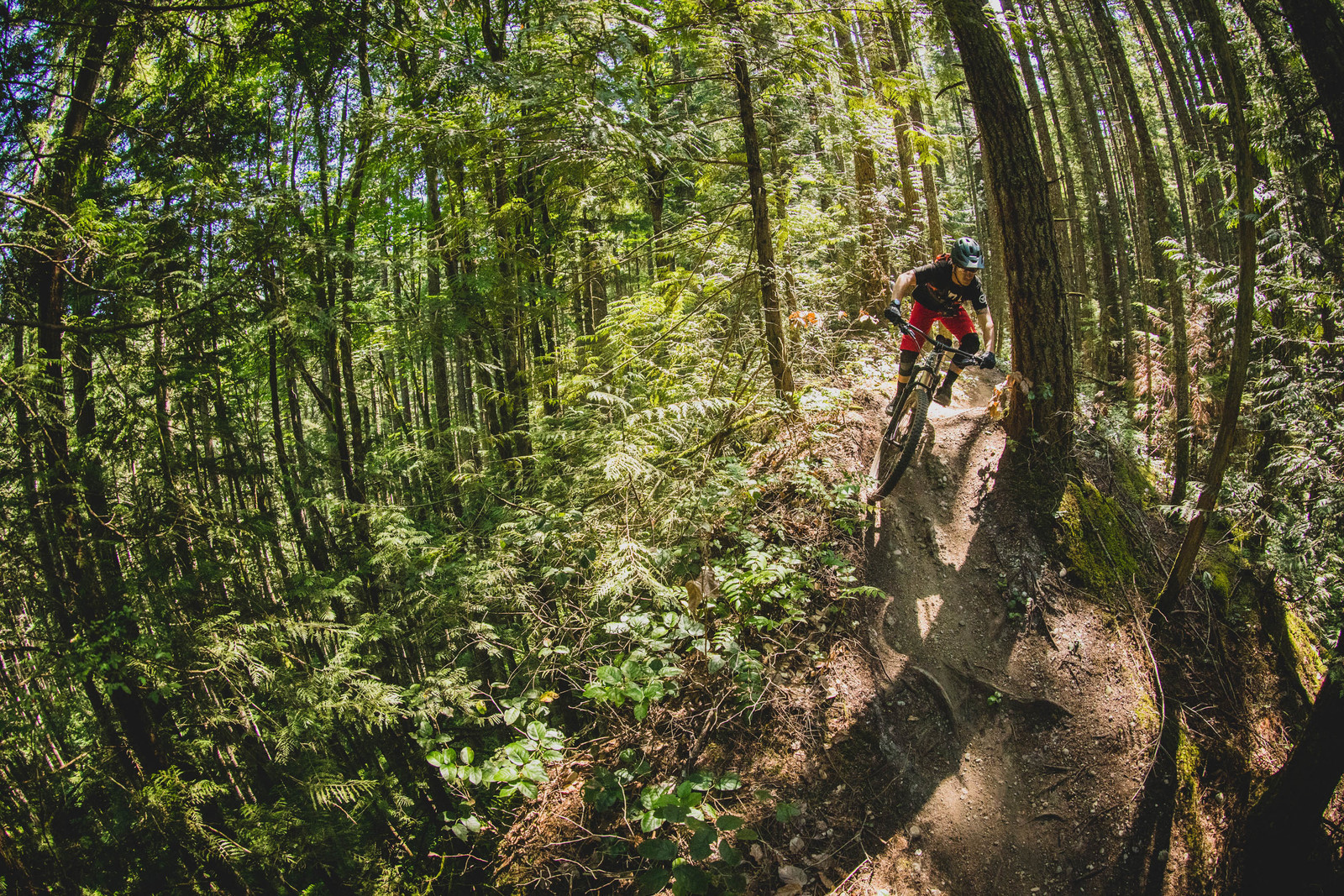 So, we have different equipment being used for different reasons, operated by disparate user groups, marketed by the same brands on the same outlets. This isn’t crossover marketing like the bike reviews in Transworld Motocross (RIP). This is an attempt for companies to move product after their massive investments in eMTB development, even if traditional mountain bike sales are on the rise and have eclipsed road bike sales.

The issues and circumstances regarding e-bike sales, land access, and the lobbying behind it are complicated. We’ve yet to broach a definitive stance, and quite frankly, not many conclusions may become available for some time. The fact is that bike companies are making e-bikes. Some people are buying them and some of those people are riding them where they are not allowed. How best to deal with that is almost as divisive as religion and politics to some folks. For now though, perhaps we can come to agree on the basics: electric mountain bikes are not mountain bikes. They are not part of our mainstream MTB culture, and for all intent and purposes, it should stay that way. 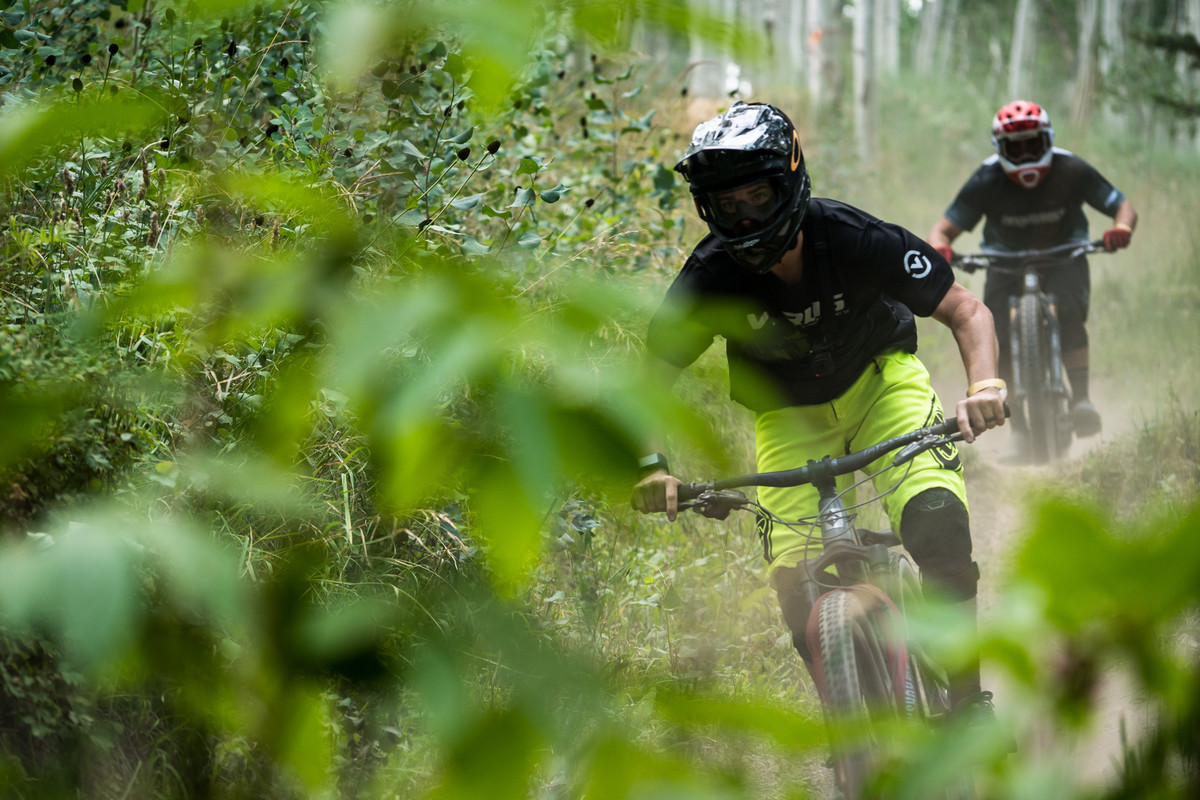 View replies to: On eMTB's and Mountain Bikes