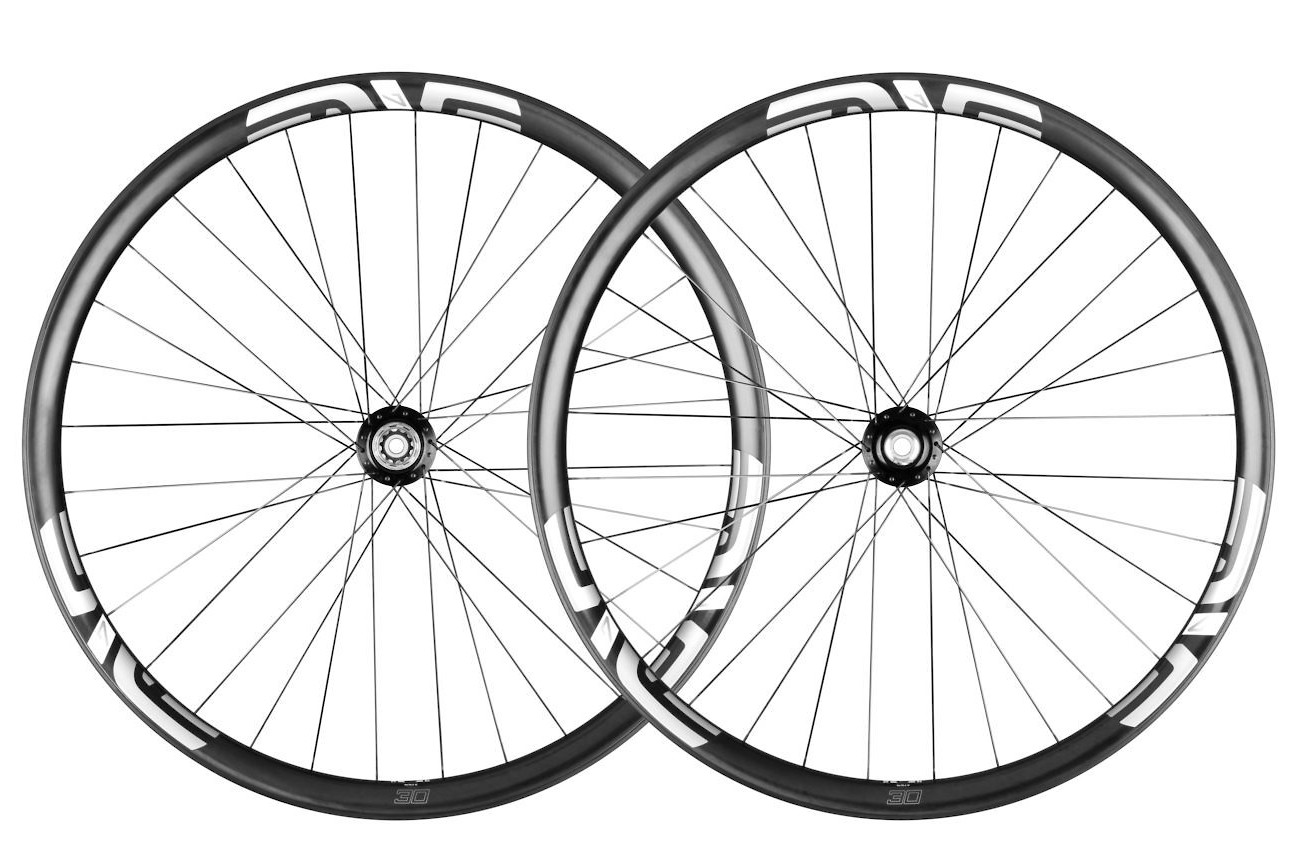 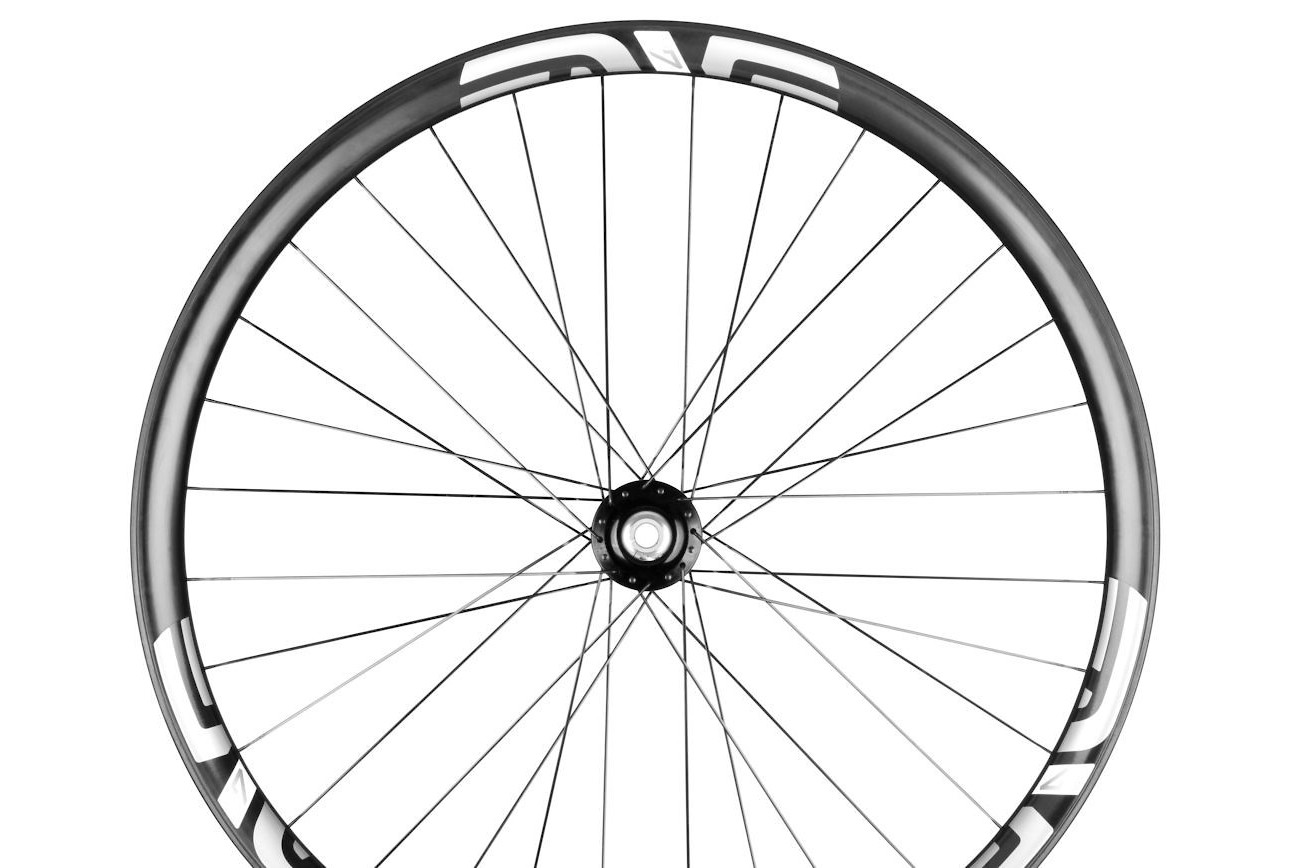 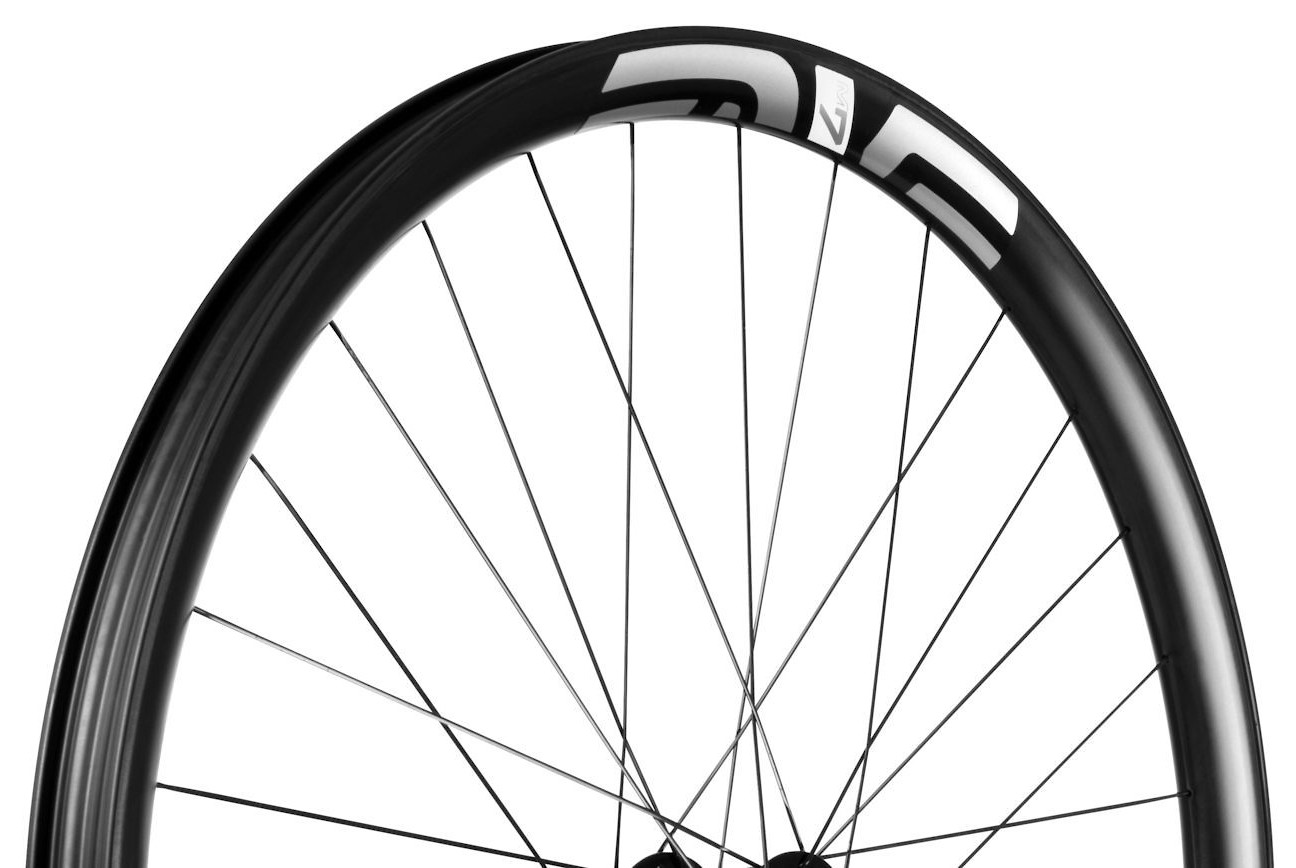 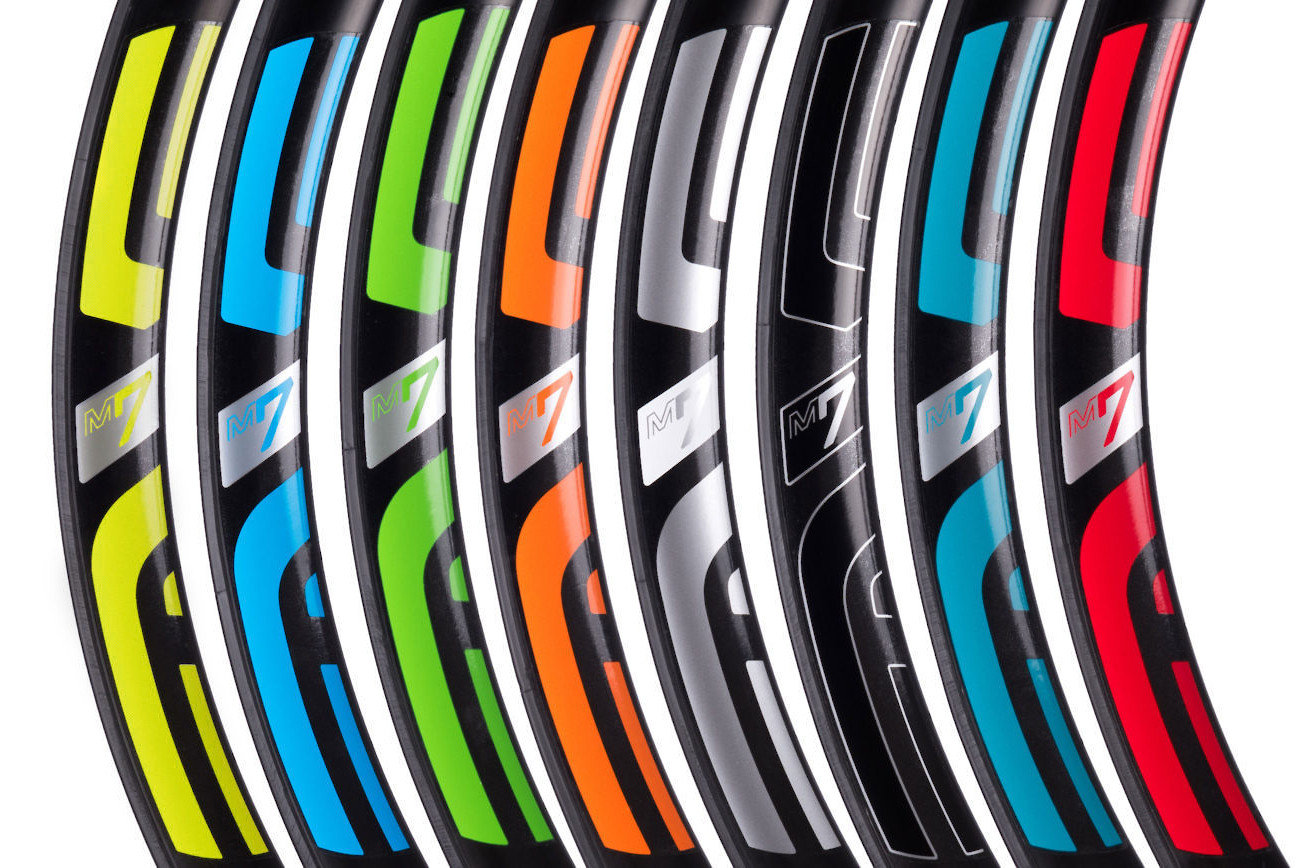 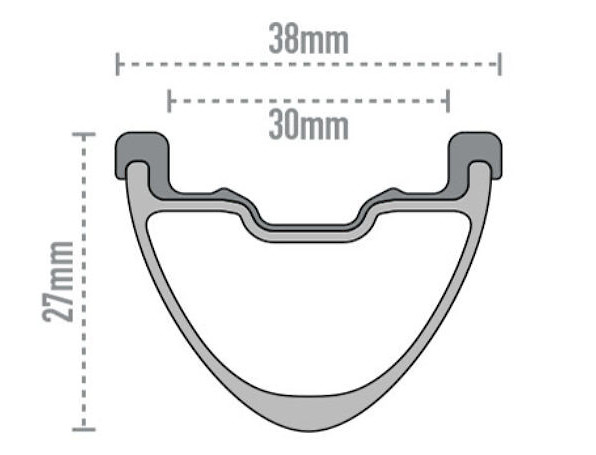 Related:
ENVE Composites
Wheelsets
Tested
Under Pressure: Beating Up ENVE’s New M730 Wheelset
ENVE brings a lot of innovation to the table with the latest M-series carbon wheelsets - we put them to the test to see what it all adds up to on the trail.
Rating:
Vital Review 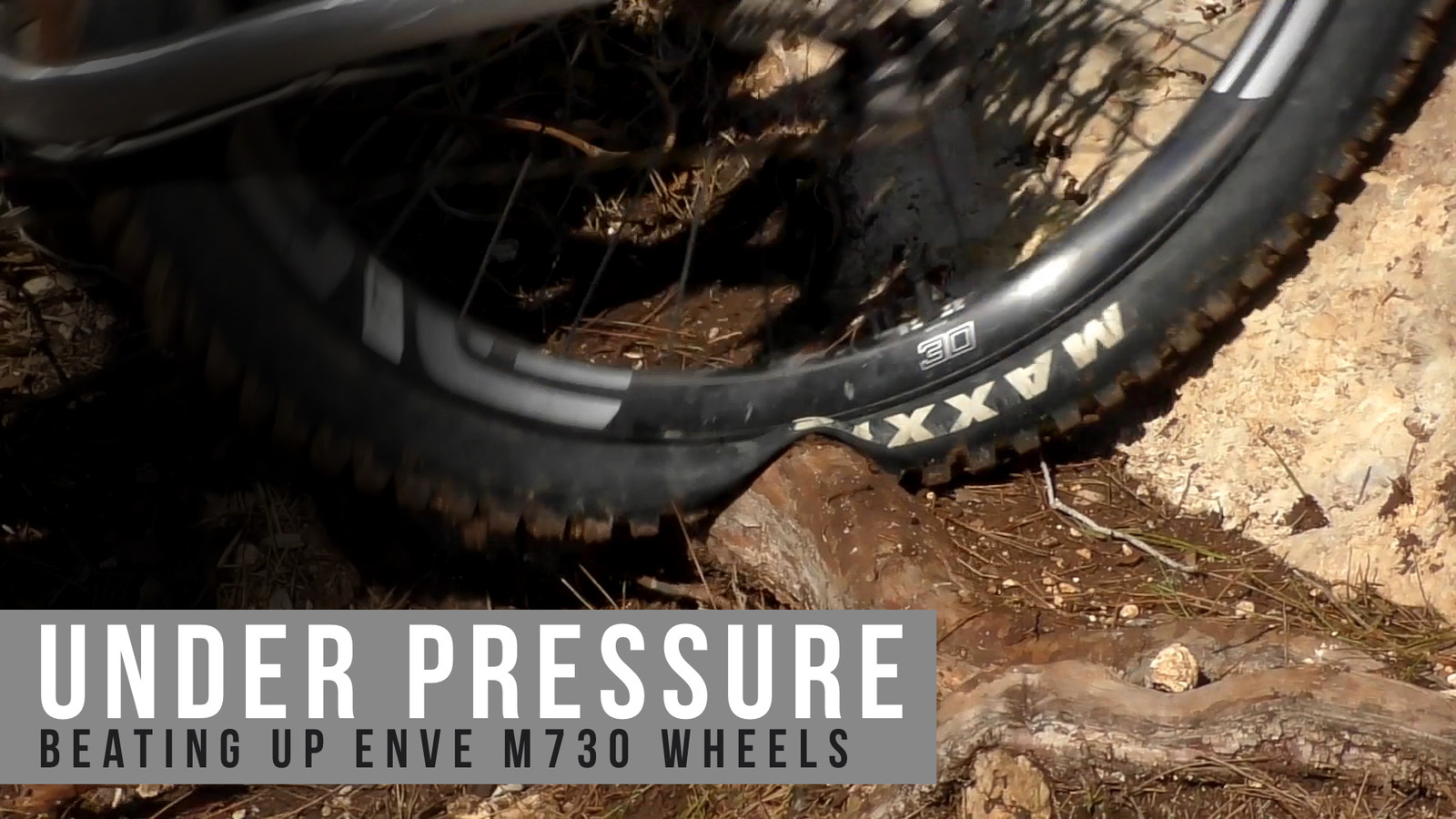 There is no doubt that $3000 is a lot of money to spend on a carbon wheelset, especially for a mountain bike. First, because you can easily find a perfectly good ENTIRE BIKE for that kind of money, and second, because on a mountain bike you know the wheels are going to have a tough life. That hasn’t stopped ENVE from making such an expensive product, and it hasn’t stopped them from selling it either. For 2018 ENVE decided to go back to the drawing board and look for solutions to a couple of common complaints with the previous generation of M-series wheels: they were sometimes criticized for being too stiff and for having a tendency to cause pinch flats. What they came up with looks like nothing else on the market currently, which left us curious as to what that would translate to on the trail. Read on to find out!

The ENVE wheels show up in a fairly standard box, with just the logo indicating to those in the know that something a bit out of the ordinary is hiding inside. A small pouch holds a manual and a couple of basic tools, including a special lever used to install and remove the protective rim strips. The pouch also includes a business card that tells you the serial number of your wheels and who built them – shout out to Wyatt who put together our set, a classic white/grey on black rim laced to Chris King hubs (other colors can be specific at the time of ordering). 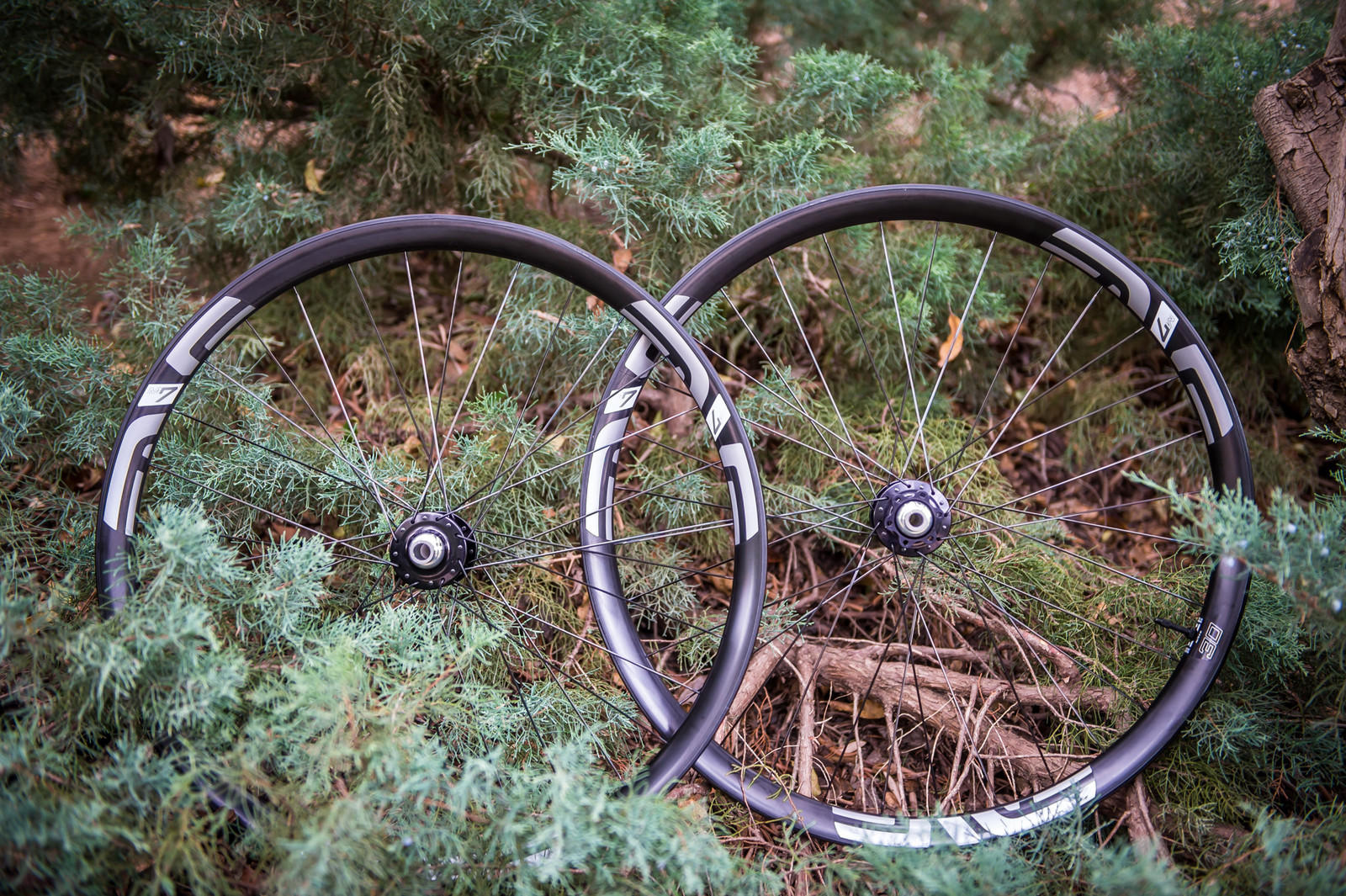 Holding the M730 wheels in your hand for the first time could easily be a bit underwhelming, given the resolutely overwhelming impression left by the invoice – the name on the stickers aside, these look just like many other carbon wheels. But closer inspection revealed impeccable build quality and of course, a few unique features (also don’t forget that these wheels are handmade in Ogden, Utah, USA). For example, the internal nipples make for a very clean look, and the bladed spokes were all perfectly aligned. Plucking at the spokes for an acoustic test revealed impressively even spoke tension as well. 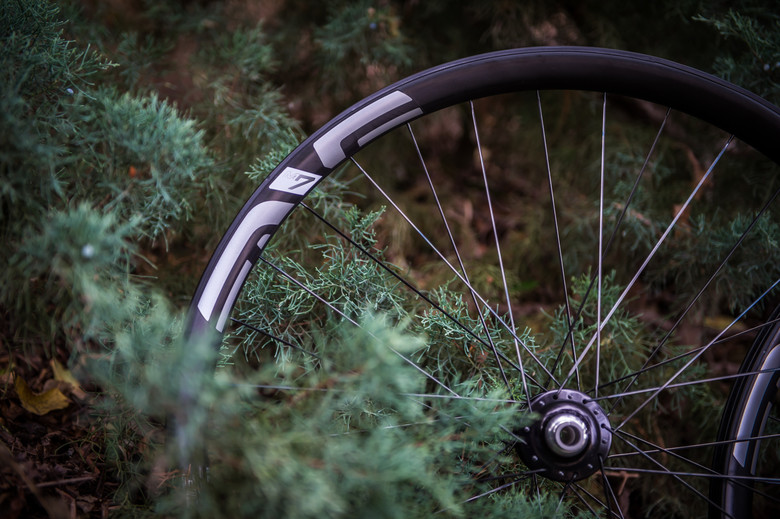 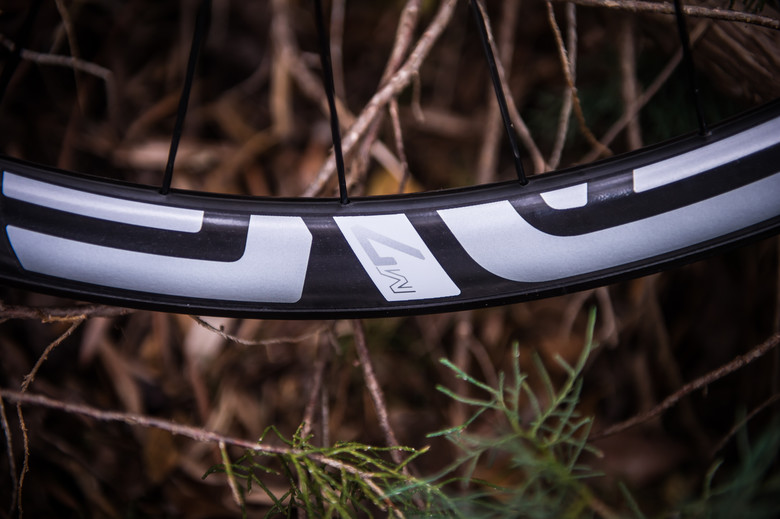 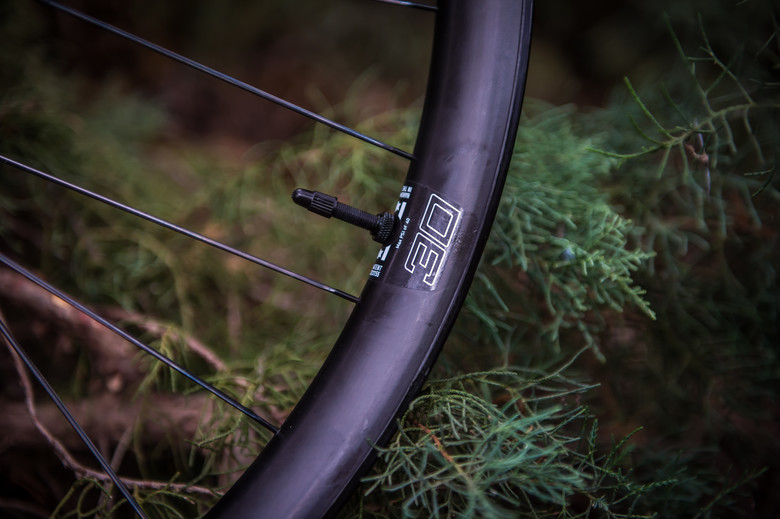 Starting out in the high 20s, we reached 15 psi without managing to cause a pinch flat nor break the rim.

After about 2 months on the trail with no issues, we decided to really put the protective rim strip to the test. One of our local trails features a sneaky root that has caused more than one dent or pinch flat over the years. To see just how well the new wheel would perform in this particular spot, we dropped our tire pressure incrementally while hitting the root over and over again in the same way, to see if we could fault the wheel. Starting out in the high 20s, we reached 15 psi without managing to cause a pinch flat nor break the rim. We carried out the same test with a 30 mm internal width alloy wheel, which suffered a couple of dents including one that caused the tubeless seal to fail at 15 psi. To show you what we are talking about, we recorded this particular test session on video:

The aftermath: the ENVE wheel showed no signs of what it had just been through. A couple of tiny indentations on the protective rim strip, but that’s it. The spoke tension was still near perfect, and the wheel was still dead true. The reference alloy wheel was in a whole other state, even though it was still perfectly ridable. Certainly a feather in the hat of this new technology as far as we are concerned. Note that you can only get the protective rim strip on the 7 and 9 series wheels (enduro and DH, respectively) - we wouldn’t consider it out of place on the 6 series either, but ENVE has chosen not to feature it there. Would we like to see something similar on other manufacturers’ rims/wheels at a much lower price point? Absolutely, but we have no idea how that might work, in light of ENVE’s pending patent. ENVE itself doesn’t make any cheaper wheelsets, so there can be no future internal “trickle-down” effect to speak of.

At risk of sounding like a broken record, yes, $3000 USD is more than what many bikes cost. We should however note that there are in fact other carbon wheels out there that cost close to or about as much as ENVEs, so it’s not like it’s twice the price of the nearest competitor. Will a set of alloy rims laced to a pair of good hubs also serve you well? No doubt - carbon wheels in general remain very much a luxury item. The real issue here has to be what you get for your money. To fully answer that question you’d have to look deep into every aspect of the wheels, from design to manufacturing to assembly and beyond. The quality of the carbon layup, clever design features like minimizing the size of the spoke hole by using an internal nipple or molding the spoke holes into the rim as opposed to drilling them out afterwards, the new protective rim strip technology, tuning rim stiffness through the carbon layup – these are all features that add up to a high-performance piece of equipment. A 5-year warranty that claims to also cover “impact damage from riding” is fairly reassuring, while in a worst case scenario accidental damage can be fixed for 50% off retail value.

Other than the price tag, a couple of minor issues are worth pointing out:

We’ve not pulled any punches during our two months of testing the M730s, including a fairly brutal “smash test” as documented in an earlier section of this article. So far, not even a single spoke has gone out of tension. The graphics show a few scuffs, but that’s about it. We’ve had to adjust the preload of the Chris King hubs a couple of times during the early part of the test, but they’ve settled down since (standard fare for Chris King hubs). All signs point to happy days ahead – we’ll keep these rolling over the coming months, and we’ll come back and update this article if anything untoward should occur.

If you want the best, perhaps price is not an issue. Money aside, you’d be hard-pressed to come up with a better wheel than the new M730 if you went looking for one. Can you get 90% of the performance for half the price? Sure you can, and that’s where every person has to decide for themselves if the extra cost is worth the marginal benefits. As far as ride quality and performance are concerned, the new ENVE M730 is absolutely a top-shelf product. Additionally, the protective rim strip is an awesome idea that provides clear and tangible benefits both in the workshop and on the trail, which really puts this wheelset in a category of its own. Does that make it worth the price tag? You decide!

Post a reply to: Under Pressure: Beating Up ENVE’s New M730 Wheelset

This wheel is the future of gravity riding and racing.  Ride optimized, incredibly strong and debuting the most effective and lightest anti-flat system on the market, (ENVE’s patent pending Protective Rim Strip). These wheels will give downhill oriented riders a new freedom to set their tire pressure for cornering and rock garden stability without sacrificing their confidence to smash track speeds without compromise.

Gravity junkies, Enduro racers, and hard charging trail riders will find enlightenment riding the M7 Series. A completely new shape and design that massively reduces the risk of pinch flatting and/or damaging the carbon, The M7 Series provides the confidence to ride without limitations.

WHY WE MADE IT

Enduro runs on two things – Confidence and Control. Nothing ruins a good shred fest like a flat tire or broken rim, and nothing spooks you on a dusty trail like an unexpected drift. With this in mind we have been hard at work over the past 2 years to develop a carbon wheel system that will allow ourselves, athletes, and most importantly – you – to go “full-send” without compromising the ride experience by running high tire pressures, DH tires, and heavy pinch flat reduction inserts.

Building upon the platform of the M7 Series’ predecessor the M70, we re-profiled the rim to mate up with modern tires and absorb trail vibrations and chatter. However, just fitting tires is not enough. We know that riders also want the freedom to run lower pressure and that doing so can introduce flat tires and damaged rims.  The ENVE solution is a new rim shape paired with ENVE’s patent pending, energy absorbing, Protective Rim Strip. With this technology riders can skip the inserts and run the tires and pressures they want. Amazingly, we’ve managed to keep the weight neutral, and improve impact resistance too. 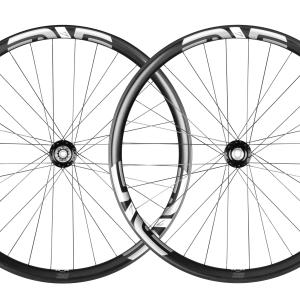 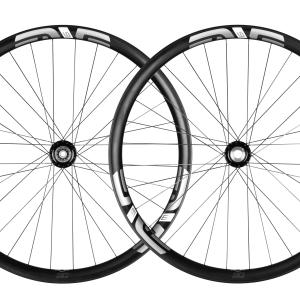 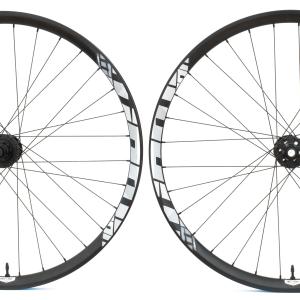 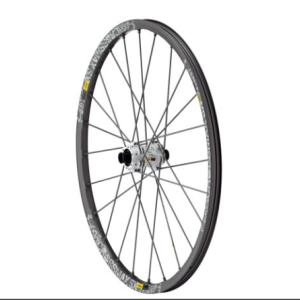 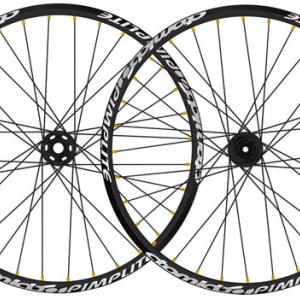 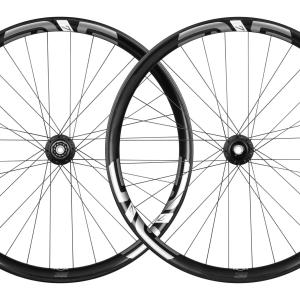 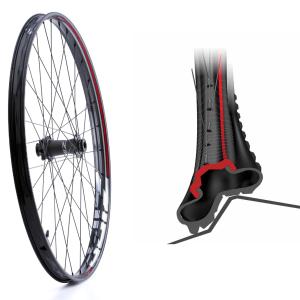 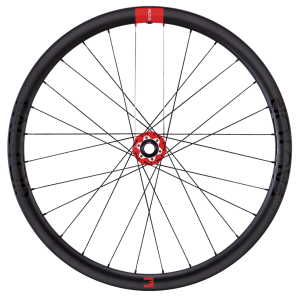