Big, burly and ready for descending, the new Maxxis Assegai gets ridden. 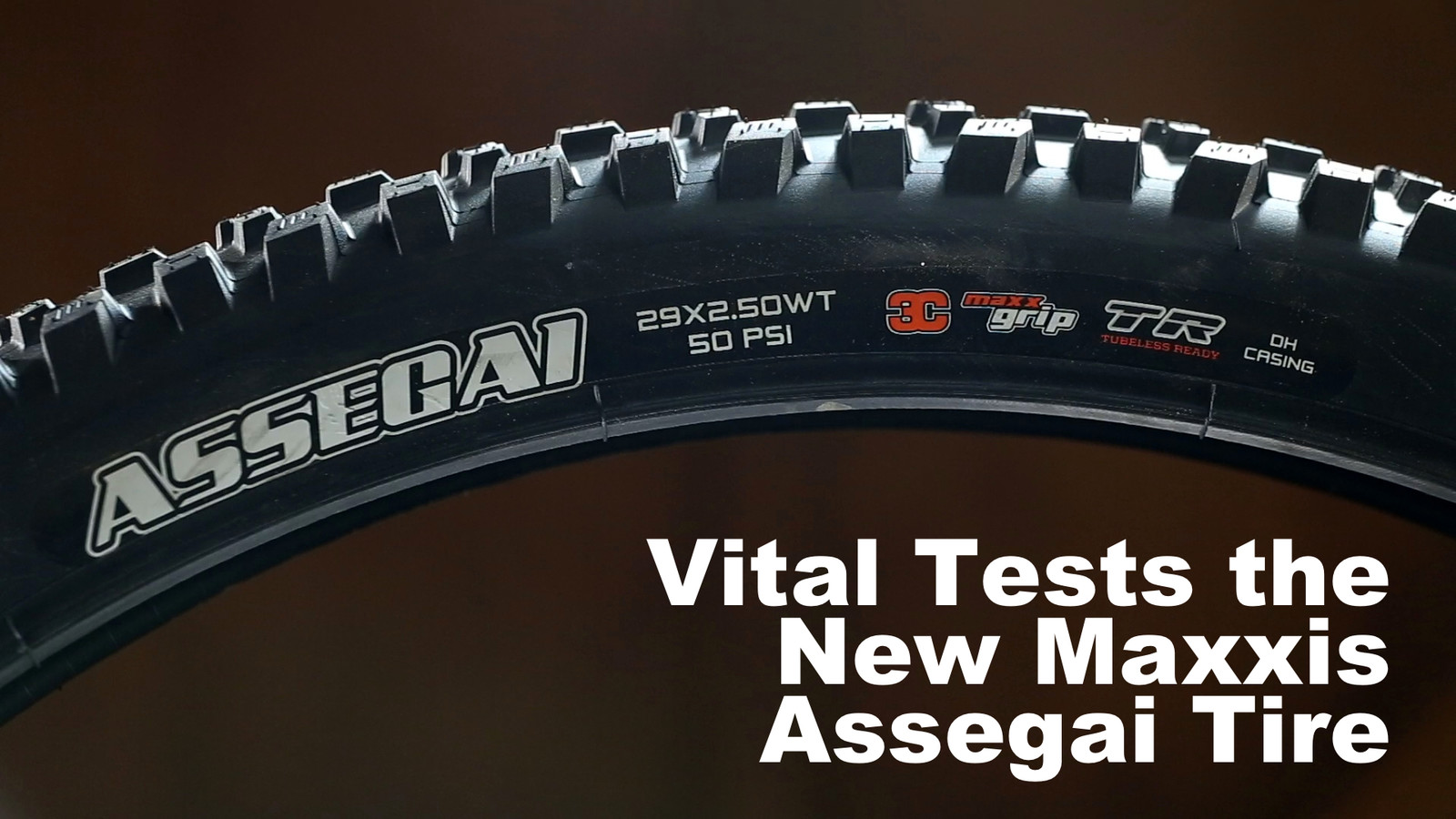 We're sitting here in our traveling garage and are thinking of where the new Maxxis Assegai tires would be perfect, or who they would be for. We’ve ridden them so far in rocky terrain in California, wet and tacky dirt in Colorado, hard pack in Nevada and now in Bellingham, Washington, where there is plenty of dirt loam. We originally thought these tires were terrible at rolling. We’d like to amend that: the Maxxis Assegai tires are the slowest rolling tires we have used other than a full-on mud spike on a downhill bike. 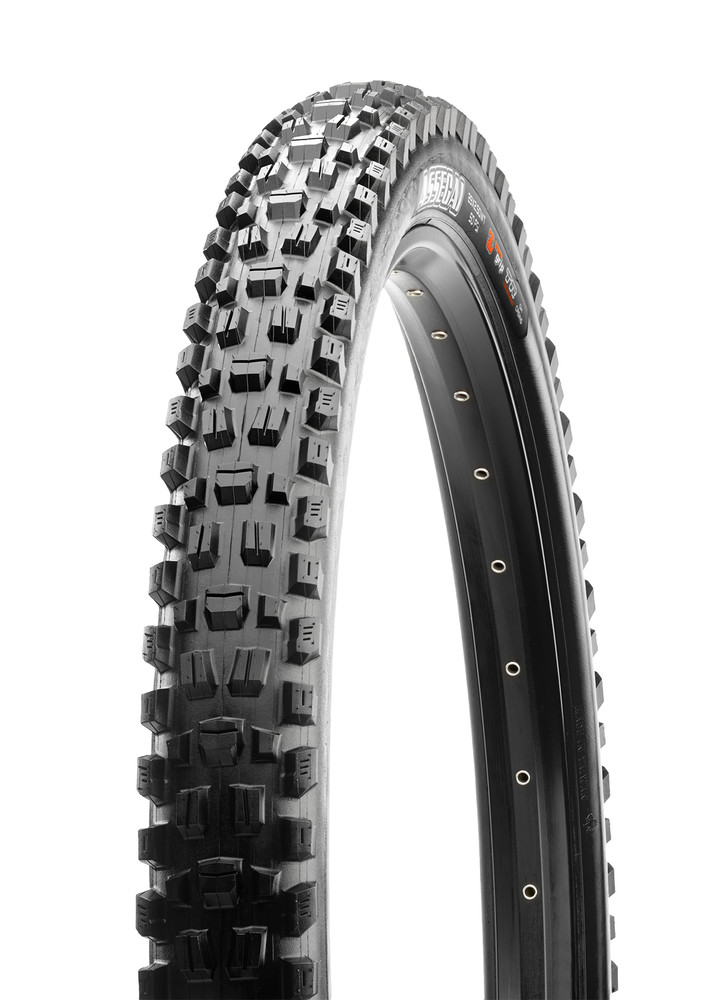 Against all odds, we took the 29 x 2.5 Assegais up a 2500-foot climb. They were mounted to a Transition Sentinel which is equipped with a coil shock. Rallying down the subsequent descent, they were a ton of fun. We knew they descended well, but the constant climbing and then straight-down descending catered to this tire’s strengths more than other rides we'd done that included traverses or flatter sections. Of course, it is a heavy tire, over 1300 grams, but the DH casing is so stable on descents. Maxxis doesn’t offer the Assegai in anything other than a DH casing for now, so if you want to up your descent game on your trail bike, this is 100% the tire for you...if your descents are steep enough. 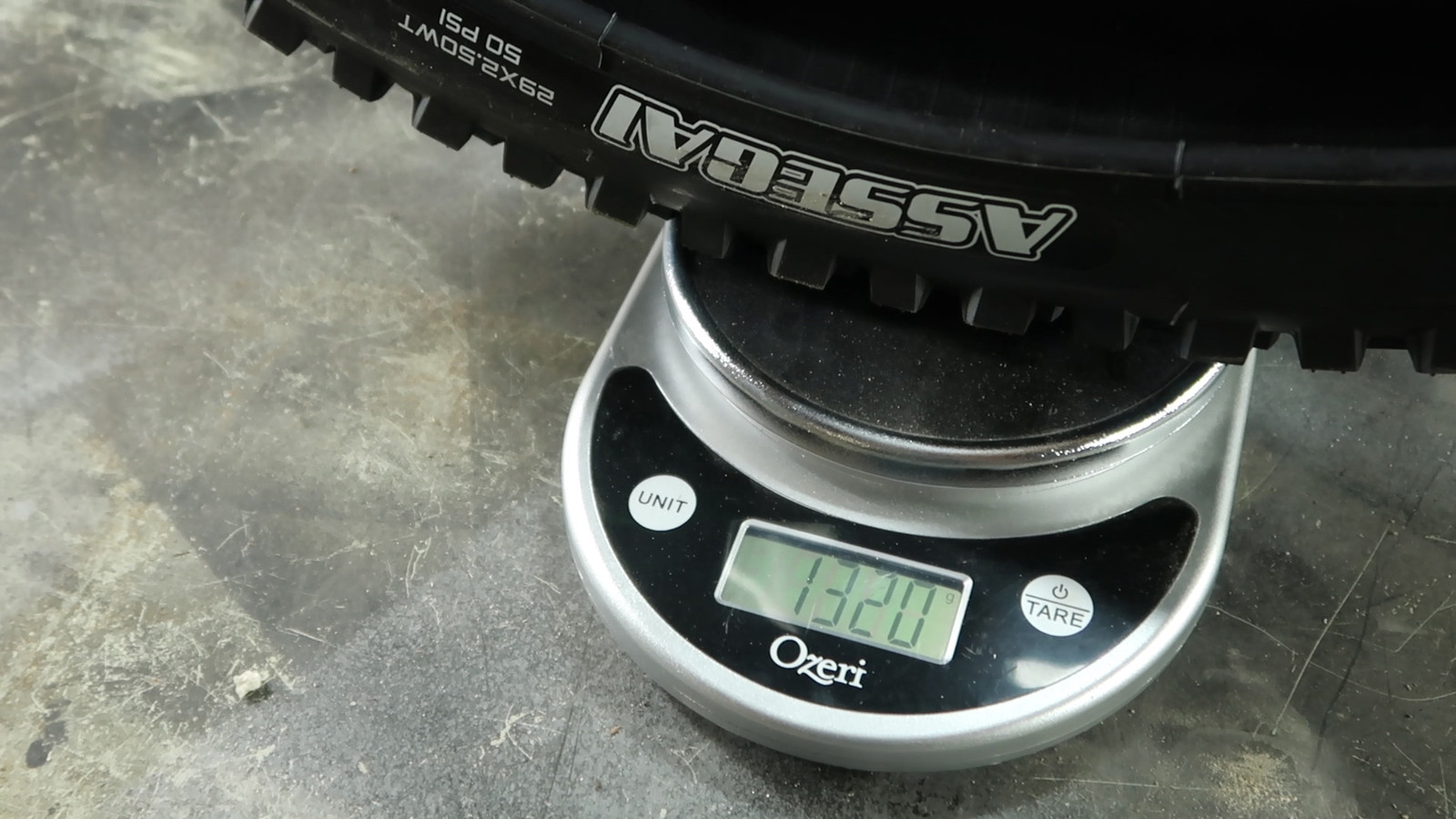 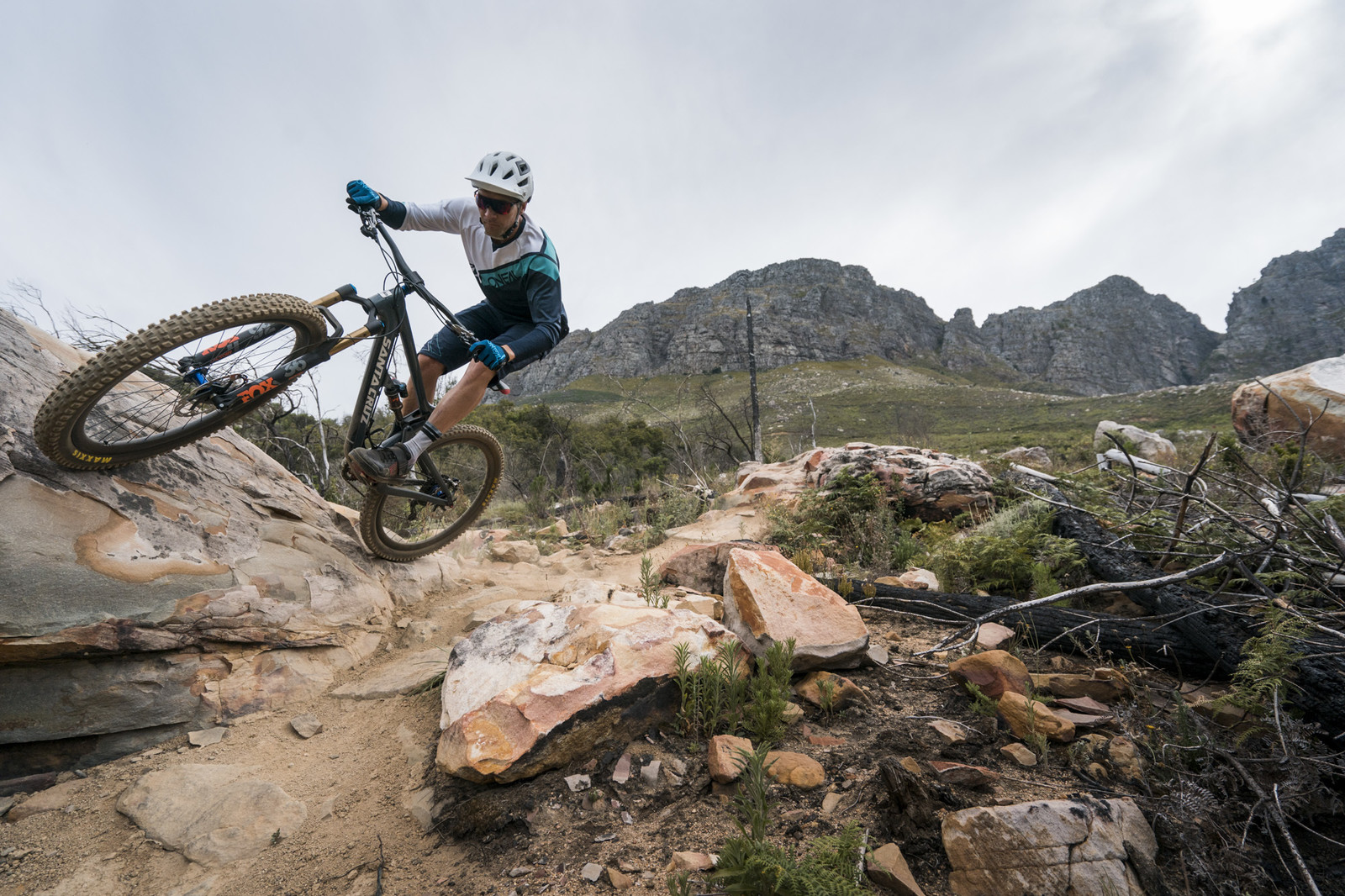 I wanted something that sounded sharp and aggressive, and that’s how I ended up calling my tire the Assegai! The Assegai is a traditional Zulu warrior spear, the Zulu being the traditional tribe of KwaZulu Natal, the region of South Africa where I was born and raised. -Greg Minnaar

The Assegai has been excellent in rocky terrain, the combination of the tread, rubber compound and casing damp terrain very well, and really made my bike feel like it has more travel than it does. If you shuttle to get to your descents, you're stoked. If not, you certainly won’t spin the tire out on the way up because of its incredible traction, so at least that won’t be wasted effort. 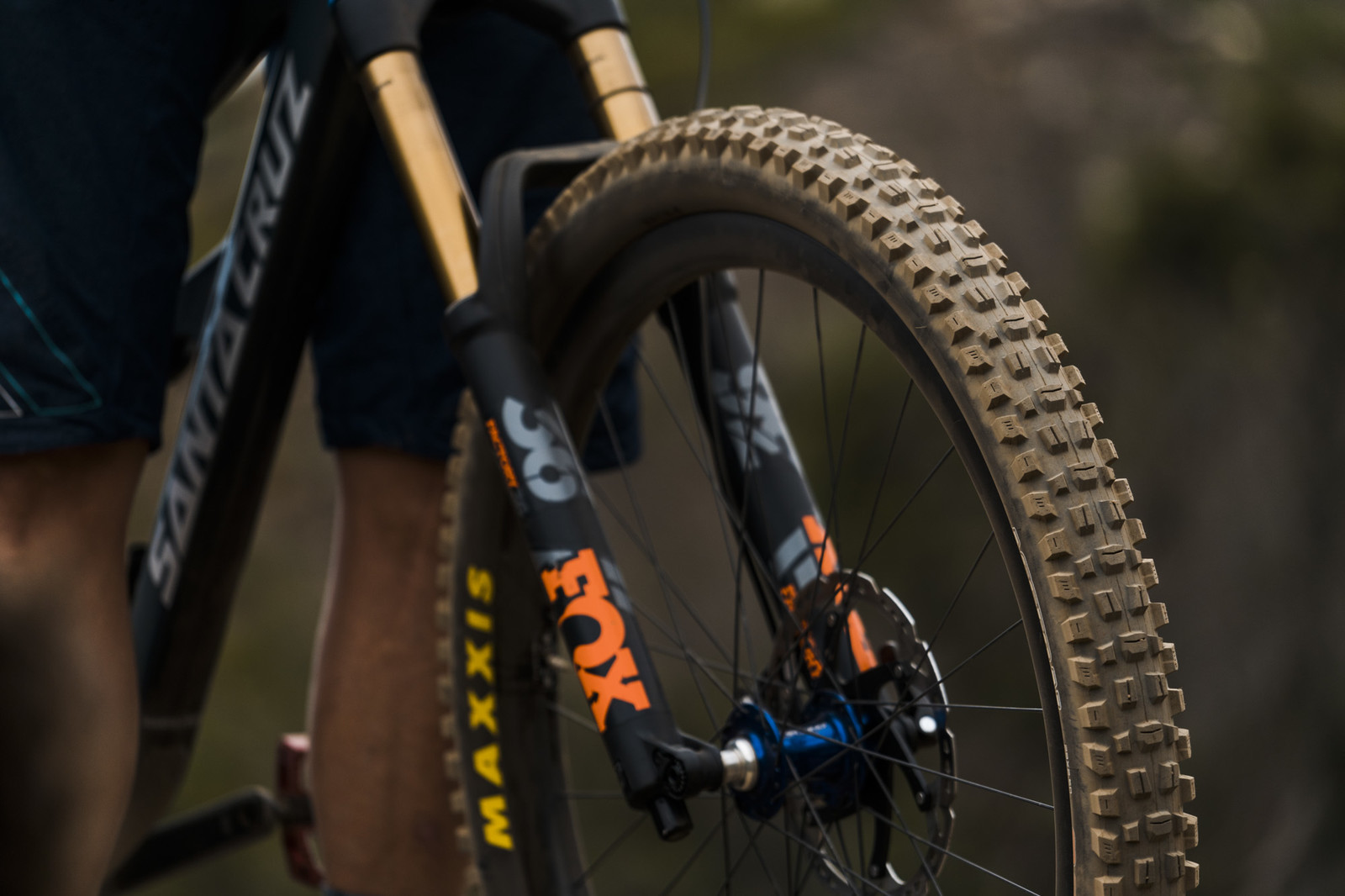 More than almost anything else, the Assegai is very predictable. Some other brands are starting the incorporate more knob placement in what has typically been reserved for a 'channel', and the new Maxxis follows that form. The transition to shoulder knobs is very seamless on the Assegai, which gives a great feeling of control and predictability. We can't say this is the perfect way to do things, as it might be a matter of preference or riding style, but with all that rubber on the ground, at all lean angles, this is doubling down on the predictability and sure-footed feeling that the Assegai gives.

Of course, the one bad thing about encroaching on the side knobs with intermediates is the lack of clearing that a tire can fall victim to. In some of our rides in the Pacific Northwest, the tire retained loam and dirt more than others, and did not perform as we'd come to expect based on our experience in other conditions. You could clip out that intermediate to get more of a channel, but why do that when a Maxxis DHR II would fit the bill without any work?

If you have one bike to do it all, and you’re taking it to Whistler, Queenstown or a tour of bike parks near you, the Assegai would be a good choice. It will protect your rims, it will grip everything in its path, and it will transform a "normal" trail bike into a more capable DH machine. You won’t be rolling as fast as others, but your day will not be interrupted because you chose to bring a knife to a gun fight. So yeah, in the end, this probably won't be a daily driver so to speak, but the burly Assegai is one of the best options for making a one-bike quiver lean a whole lot more into the descending spectrum.

Visit www.maxxis.com for more information on the Assegai