Bentonville, Ark. (July 1, 2020) – Bentonville leaders have staked their city’s claim as Mountain Biking Capital of the World (TM). “It’s true that Bentonville has become the new Mountain Biking Capital of the World (TM),” says Mayor Stephanie Orman. “Over the past decade, our community has built a reputation among mountain biking enthusiasts and athletes as the premier global destination for the sport.” The trails’ supportive amenities, infrastructure, and innovative trail network secures Bentonville’s rightful place as the crown jewel among all other premier locations around the world. “We’re the heart of the trailhead in the Ozarks, and headquarters
to the most innovative mountain bike trail designs built anywhere.”

Industry insiders and mountain bikers have used words such as “Mecca”, “Disneyland”, “Perfect”, and “Gold” in describing the mountain bike trails and Bentonville. Only a block away from downtown there is immediate access to the best rides any novice or expert rider could hope to find. The world-class experience did not come through happenstance; it took a concerted effort by the community and its leaders, along with a clear vision and a foundation for what was possible.


“This incredible distinction has come after years of intentional work from Bentonville’s city leaders, trail builders, maintenance teams, new and experienced riders, and countless others in our great community,” said Tom Walton, co-founder of RUNWAY Group, a lifelong Bentonville patron, and avid mountain biking enthusiast. “From the outset of our shared vision to transform our city as a mountain biking paradise unique from other destinations, the city government and community leaders provided the support and balanced leadership we needed to help make the dream become a reality.”

Bentonville has approximately 130 miles of singletrack connected to downtown Bentonville, with access to more than 250 miles of unrivaled regional trails in a network that sits at the heart of the state’s OZ Trails system. Hospitality opportunities abound – whether it be award-winning restaurants, a vibrant coffee scene, or a boom of daring and bold craft brewers.

“Bentonville is the birthplace of a modern mountain biking landscape, much like a ski town is out West, only we’ll be riding all four seasons,” said Visit Bentonville Executive Director Kalene Griffith. “Just one day of visiting here and you’ll quickly learn why there’s no other place quite like Bentonville that continues to bring you back over and over again.”

Everything you could want is within a short ride from the trails, whether it’s lodging, restaurants, drinks, or art museums. The local economy has embraced Bentonville’s role as a leader in mountain biking tourism and has developed and attracted a number of quality bike shops, rental and retail vendors, bike guides and manufacturers, along with professional riders and outdoor enthusiasts.

Click here to learn how to get information about upcoming events and opportunities to
experience Bentonville: The Mountain Bike Capital of the WorldTM, as well as lodging accommodations and trail conditions.

About Visit Bentonville
Visit Bentonville is funded by the Bentonville Advertising and Promotion Commission which was established in 1996. The Commission is supported by a 2% tax on lodging and meeting space and a 1% tax on restaurant and dining establishments. The organization's mission is to brand, promote and sell Bentonville as a tourism destination; stimulating economic development. Visit Bentonville leads the planning of sports, meetings and group tours while also marketing leisure experiences that include arts, cycling, culinary, film, music, and aviation. Visit Bentonville also collaborates with tourism offices throughout the state of Arkansas to create positive economic impact while increasing tourism amenities for both visitors and residents.

The Chamber is an independent, non-profit business organization representing the Bentonville area. It's an organization with more than 1,000 members and is governed by a 16-member Board of Directors that is representative of the range of businesses among the organization's membership. The Chamber is operated by a staff of eight, and it is not run by the city, county or state.

About RUNWAY GROUP
RUNWAY Group believes in creating a healthy, outdoor-focused lifestyle for all those who live here; in building world-class downtown environments with unique cultural scenes; in offering mobility opportunities beyond automobiles; in becoming known for a welcoming and diverse culture; and in supporting bold civic and community leaders who fight complacency and advocate for a better future.

About OZ Trails
Founded in 2016, OZ Trails was created to showcase the development of multi-purpose trails in Northwest Arkansas. We focus on growing the local rider base and providing information to both locals and travelers seeking to experience the region’s unique trail system as it develops. Whether you are a first-time rider or a seasoned pro, our trails have something for every level of adventurer.

The OZ Trails brand is an initiative of BikeNWA who holds the trademark and manages the brand. NWA Trailblazers builds and maintains many parts of the OZ Trails system and works closely with BikeNWA to provide information.

*As long as you are American.

taldfind 7/1/2020 2:47pm
7/1/2020 2:47pm
I've never considered Arkansas as a mountain bike destination, but rather as a Smallmouth Bass fishing one. Maybe the trails there have international appeal, but I'm not convinced. Maybe a the vitalmtb crew should go there and review the areas trails?
sspomer

no doubt the trails there look extremely fun and access to/from town is handy. everyone we've talked to says the place is a blast to ride. capital of the world though? IMO, there's no place that could or should be able to claim such a title. the city and trails look like they have great mass-market appeal, which is good for the sport. like mentioned above (in so many words by studbeefpile), the element of adventure or wilderness, that many consider the essence of mountain biking, is not on par with big mountain destinations. while i'm not a super adventure person and would probably love a place like bentonville for its predictability, i hardly consider that an all-encompassing picture of what MTB is.
bedell99

I say this as someone who literally lives in bentonville. It’s truly sweet, it is as awesome as it’s made out to be, the general surrounding area is something super special riding wise, but I do think “world” is pretty cheesy. It ain’t Whistler. What it is in it’s defense is someplace you can move to because of riding, it be a responsible choice, still make a solid living, and bring the family along too. That is a little more rare.
sspomer

thanks for that, and it's good to hear. sounds like similar qualities for why i moved to idaho.
Cougar797

sspomer wrote:
thanks for that, and it's good to hear. sounds like similar qualities for why i moved to idaho.

Yah at the rate “they are going” about a third of the state will be one giant mtb playground eventually with lots of trail systems everywhere. What I don’t think you’ll ever see is the scale and size from a vertical drop perspective that a place like whistler can offer. (There’s a couple areas with potential though so hey you never know) We do have several all week shuttle offered trail systems in the area now as well as IMBA epics and everything in between so it’s all good. Should keep it quiet that way anyway.
Adventure Time

Adventure Time 7/1/2020 4:07pm
7/1/2020 4:07pm
Disagree. The weather sucks, limited natural trails, and tons of flow. It has its merit as a limited elevation bike park vibe, but I would rather be out on epic big mountain rides, bombing steeps, or navigating natural chunk

There is big chunky riding in the immediate area. Just not in Bentonville itself. And I agree natural tech is the light.
NorCalNomad

NorCalNomad 7/1/2020 11:27pm
7/1/2020 11:27pm Edited Date/Time 7/1/2020 11:28pm
PSHHHHH, yeah ok Bentonville. Just because you guys have the Walmart family bankrolling your trail system doesn't make you guys the capital. It just makes you on the same level as patent and trademark trolls gobbling up that naming. TEAMROBOT time to bring back the list.

For real thought the fact that the Walmart family is throwing a crap ton of money at improving local trails for an area of the country that isn't know for being physically active is good. But on the other hand maybe they should pay their workers a fucking living wage and not have their business model rely on the government supporting the modern day equivalent of sharecropping, ie economic slavery.

"Industry insiders and mountain bikers have used words such as “Mecca”, “Disneyland”, “Perfect”, and “Gold”" Site your sources Bentonville or gtfo.
Raine

Raine 7/2/2020 2:00am
7/2/2020 2:00am
“It’s true that Bentonville has become the new Mountain Biking Capital of the World (TM),” says Mayor Stephanie Orman. “Over the past decade, our community has built a reputation among mountain biking enthusiasts and athletes as the premier global destination for the sport.”

Jason333 7/2/2020 6:44am
7/2/2020 6:44am
We were there this past weekend, and the place is a really fun place to ride. I would not label it the capitol, but the way you access the trails from the downtown area is really nice.
I get why the local folks would think this. There were more people riding everywhere in town than I've ever seen. When we go to parks, it usually isolated to the park area. People were on bikes everywhere. If I didn't know about trails and was only looking at it from a bulk # of riders year round, I see where they came up with this claim.
Fun place to go see at least once.
Side note: I have never seen so many Kuat wracks in my life
Jacob_Richard

Let them distract from places like Pisgah, Utah, Quebec and other gems, that will surely get over run with too many bikers at some point.
cofattire

Pedal4life wrote:
Sorry Arkansas but Cali started this craziness not you!

But did they bro? 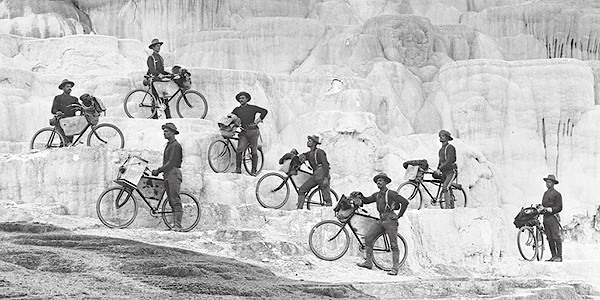 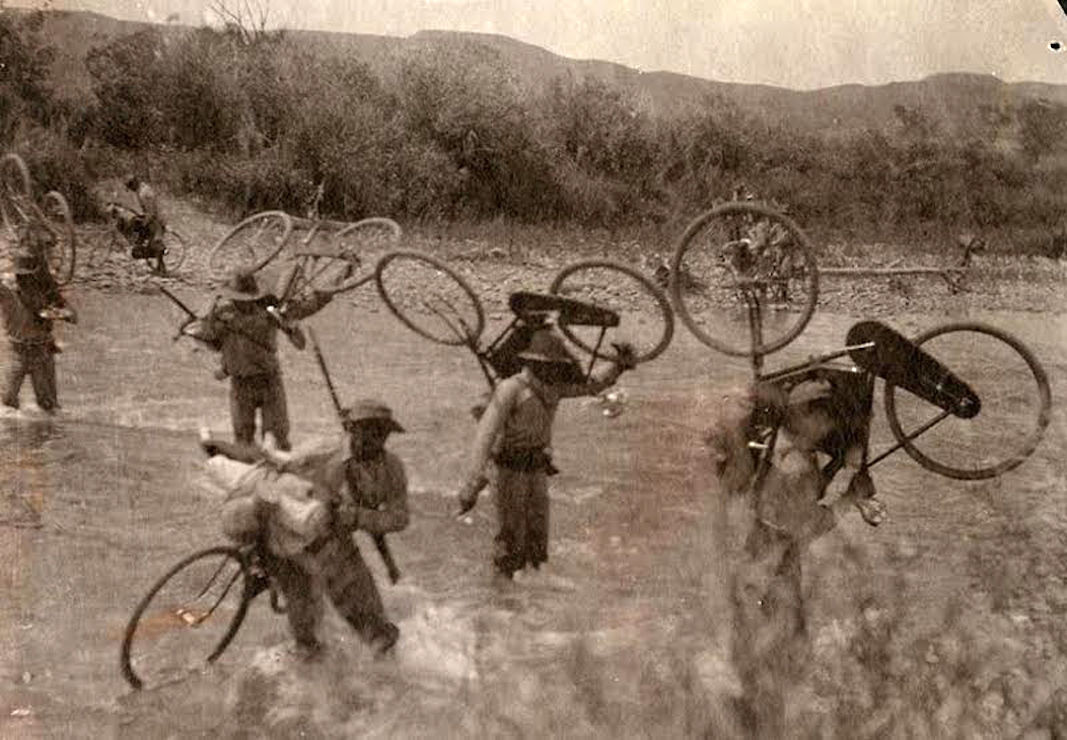 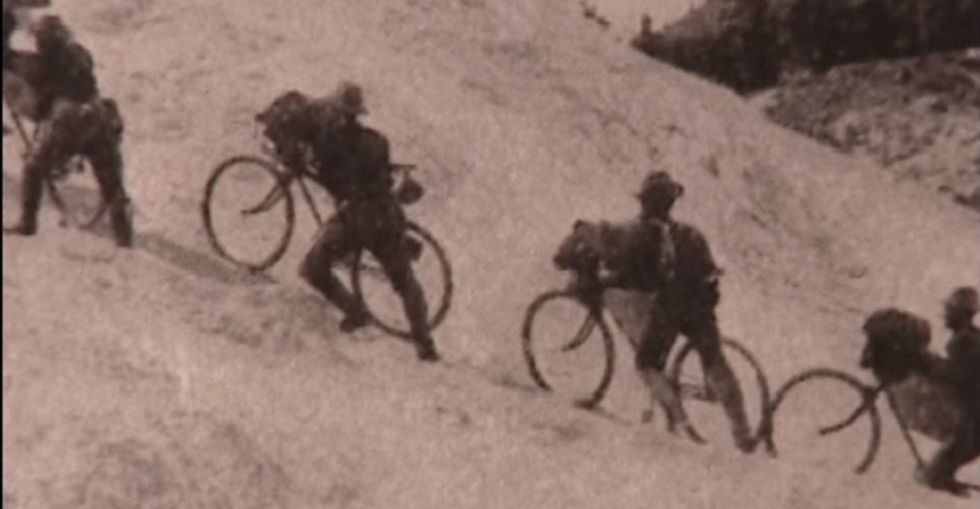 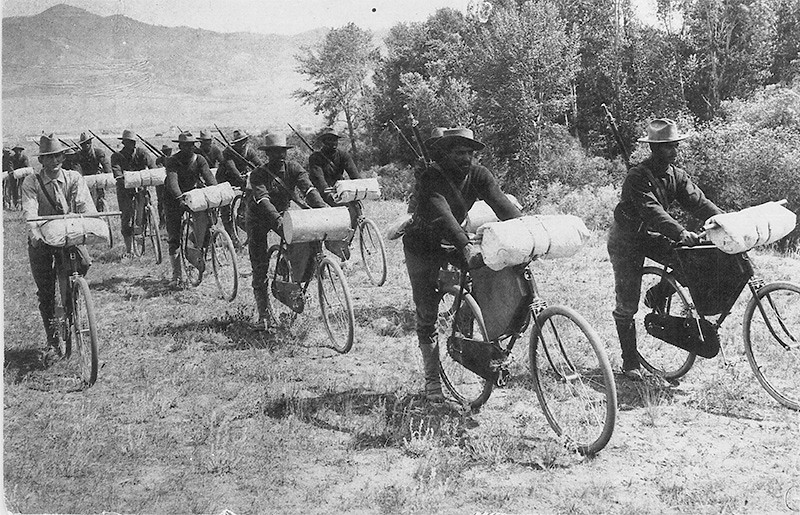 Post a reply to: Bentonville, Arkansas, Trademarks *Mountain Biking Capital of the World*