We’ve had random E-bike tests on Vital. We’ve definitely trolled hard with our 'Not an E-bike' water bottle, so, why an E-bike Test Session on Vital now? 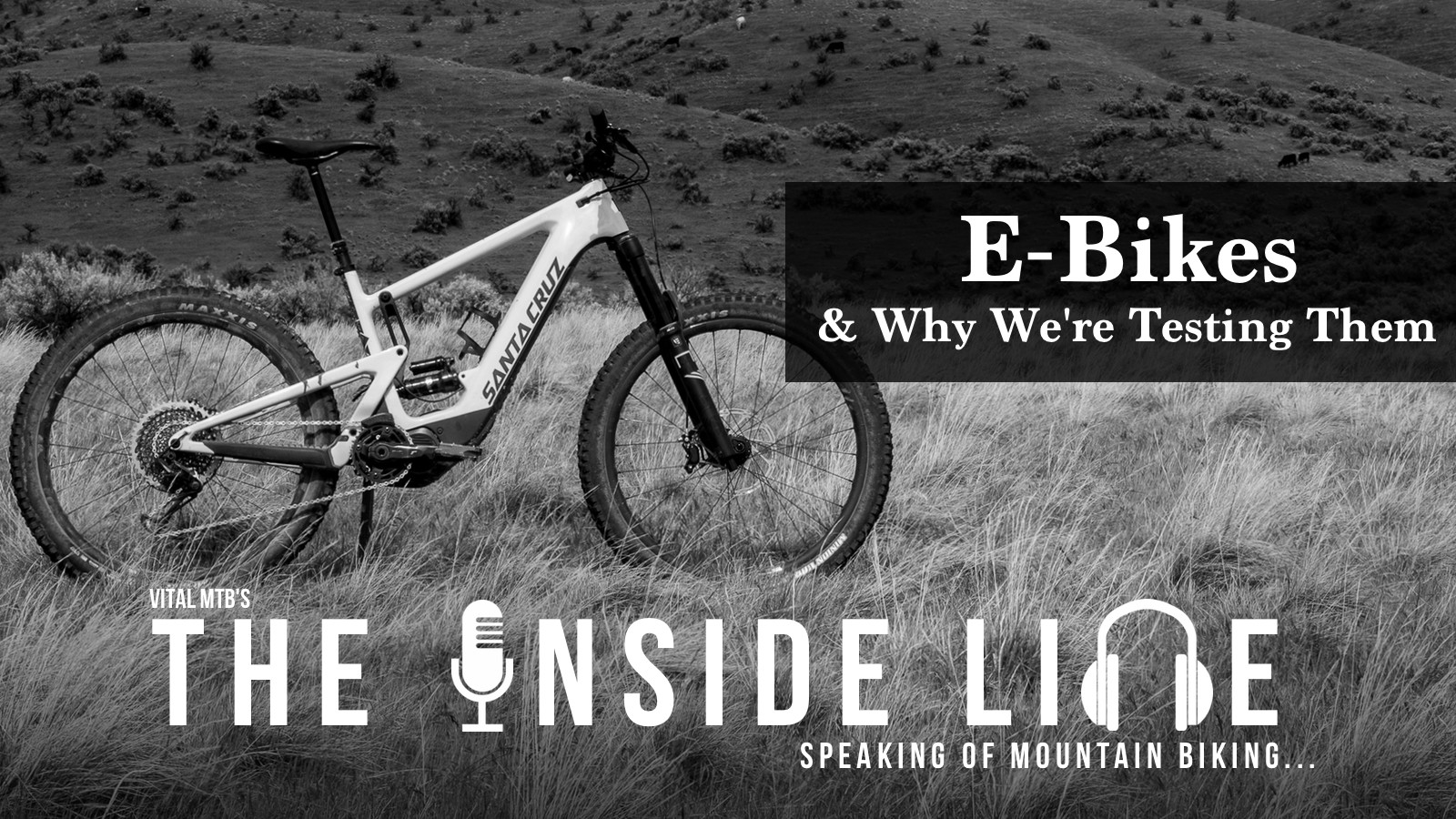 Welcome mountain bikers, this is a pre-game E-bike Test Sessions edition of The Inside Line podcast. I’m Shawn Spomer and I’m stoked to be social distancing, in-person, with Vital’s very own Brandon *huck-n-slap-it-to-flat* Turman, Brad, *B3z-Bullet-Head* Howell, and our secret weapon tester, Sean *Griz* McClendon, who, when he’s not slinging the bling at DEITY, likes to pretend he’s Kovarik doing two-wheel drifts at 90mph on Trail 4 here in Boise.

The Inside Line is brought to you by Jenson USA. Jenson USA has great deals on great mountain bikes and bike-related products both online and in-store and, coincidentally, two of the bikes in our test are available at Jenson. The Norco Sight VLT is available for online purchase or in-store purchase, and the Santa Cruz Heckler can be purchased in-store only through Jenson. Shop in person at their Corona, California retail location. Hours are limited right now and masks are required, but the doors are open. You can also access online purchases for curbside pick-up only at their Riverside, California location. As always, use coupon code insideline at check out on jensonusa.com to receive 10% off qualifying items.

Maxxis Tires makes The Inside Line and predictable traction on the trail possible. The Santa Cruz Heckler and Norco Sight VLT in our test both have Maxxis Minion DHR II tires front and rear. I think it’s safe to say that no one in the test is bummed with that tire spec. Hit up maxxis.com for more info.

Finally, one last Santa Cruz plug because they make sure The Inside Line is possible - You get free, lifetime pivot bearing replacement on any Santa Cruz full suspension bike, including, the Heckler we’ve been hucking this week. santacruzbicycles.com/dealers will get you to a local Santa Cruz shop near you.

Considering the polarizing nature of this E-edition of The Inside Line, please send all hate mail or love mail to sspomer@vitalmtb.com - We accept recorded, audio excerpts, memes or good, old-fashioned, opinionated written notes.

Alright, I’m gonna light the match, throw it into the leaf pile, sit back and watch it burn!!

View replies to: E-Bikes and Why We're Testing Them - The Inside Line Podcast