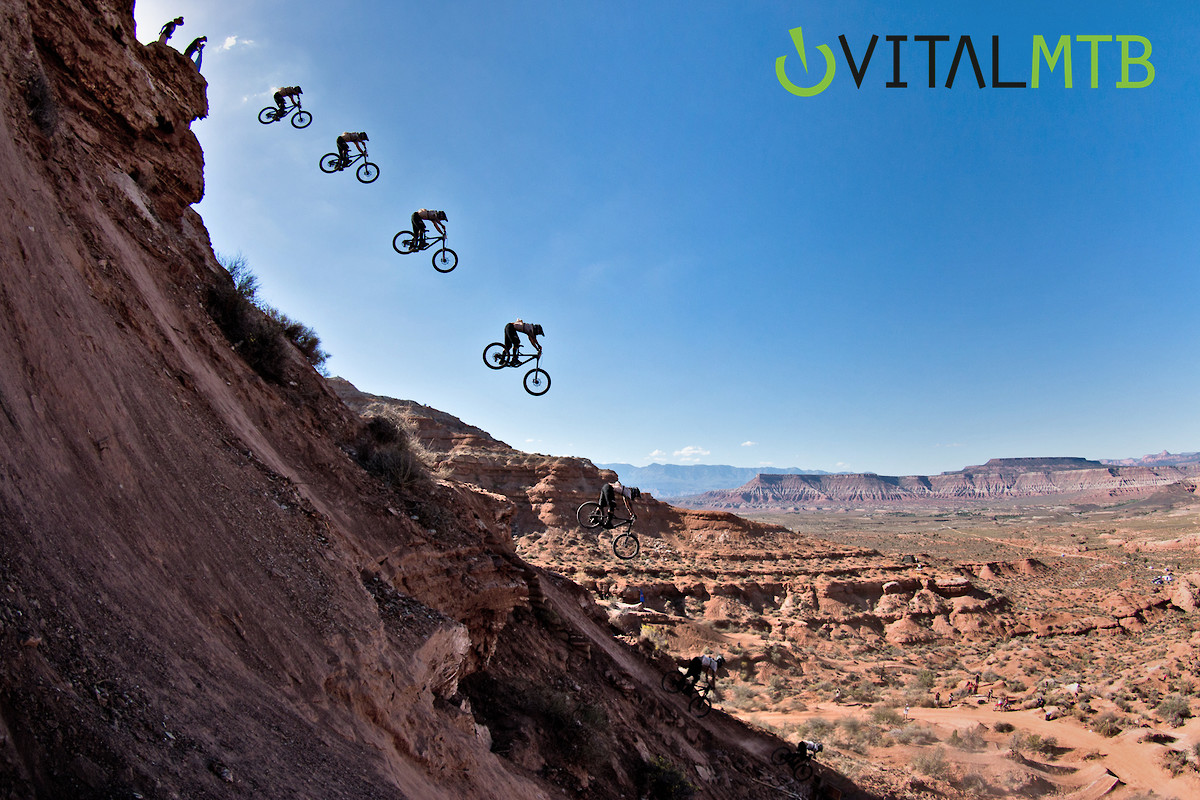 The 2016 edition of the Red Bull Rampage sees a new venue and revised format. Riders are already out in the desert, building lines even though the event isn't for 7 more days. The clamp down on media is pretty heavy until right before the event, so we can all work together to post up the social media goods from the riders and diggers. It's going to be rough having butterflies for another week...and we're just watching!

Virgin, Utah (October 4, 2016) – After 10 editions of historic competition, Red Bull Rampage has become the truest test of skill and mental toughness on a mountain bike. Touted as one of the most intense events in the world, featuring the world’s best athletes and set in one of the most demanding locations on the planet, the event has become the most coveted title in Freeride Mountain Biking.

The 11th Edition of Red Bull Rampage will take place at a new location near Virgin, UT on October 14th. The new venue and updated event format will provide a clean slate for the elite group of 21 athletes to create their own personal manmade line down the mountain without the use of power tools – no two rider’s path will be the same. This year, riders along with a 2-person build crew, are welcomed to the new site 9 days in advance of the competition to begin carving out their journey in one of the biggest tests of skill and nerve in the world.

The great equalizer of all mountain bike events, Red Bull Rampage draws slopestyle riders, downhill racers and natural-terrain freeriders together in one big-mountain test of all-around bike skill on near-vertical sandstone ridges near Virgin, Utah. The list of 21 world-class athletes competing includes the top 12 pre-qualified riders from last year plus 9 invited “Wild-Card” athletes. There will also be 5 alternates who will be called upon to compete if a rider is unable to attend the event.

Rampage airs as part of the Red Bull Signature Series, a collection of the most progressive and innovative events in action sports. Fans can watch the event live on Red Bull TV Friday, October 14th at 10:30 AM MT or catch a 90-minute highlight program on NBC airing Saturday, November 12th at 2pm ET.

Don’t forget to join the #RedBullRampage conversation on social media!

T-Mac eyeing up the gnar!

Rampage day 1 in the books. Stressful day trying to pick a line but I've got one picked out that I'm pumped on! This ridge will hopefully be rideable by the end of the day tomorrow. Right now; definitely not rideable, haha. Teaming up with @dberrecloth @carsonstorch and @loganbinggeli to get this thing goin. #redbullrampage

Here's the view from a new landing I built. The distance to the takeoff seems excessive. Each to their own hey @brendog1 #rampage #Swindon

The award for most entertaining day two update goes to this guy:

And of course, a bit of on the bike fun from other areas nearby as riders prep for battle and talented schralpers descend on Rampage:

It's Rampage time again! @ryanza671 is out in Utah building for @samreynolds26. He'll be bringing us regular updates from the ground. This fresh feature should see Sam kicked deep into the valley. Can't wait to watch this line come together. Stay tuned for more! #RedBullRampage #Rampage #Rampage2016 #bigmountain #freeride #MountainBike

The most insane venue yet. Maybe a bit questionable tbh pic.twitter.com/nQTk3QpvBK

Here's the view from a new landing I built. The distance to the takeoff seems excessive. Each to their own hey @brendog1 #rampage #Swindon

Look at the lines!!!

Day 3 and this place is allready looking so diferent. 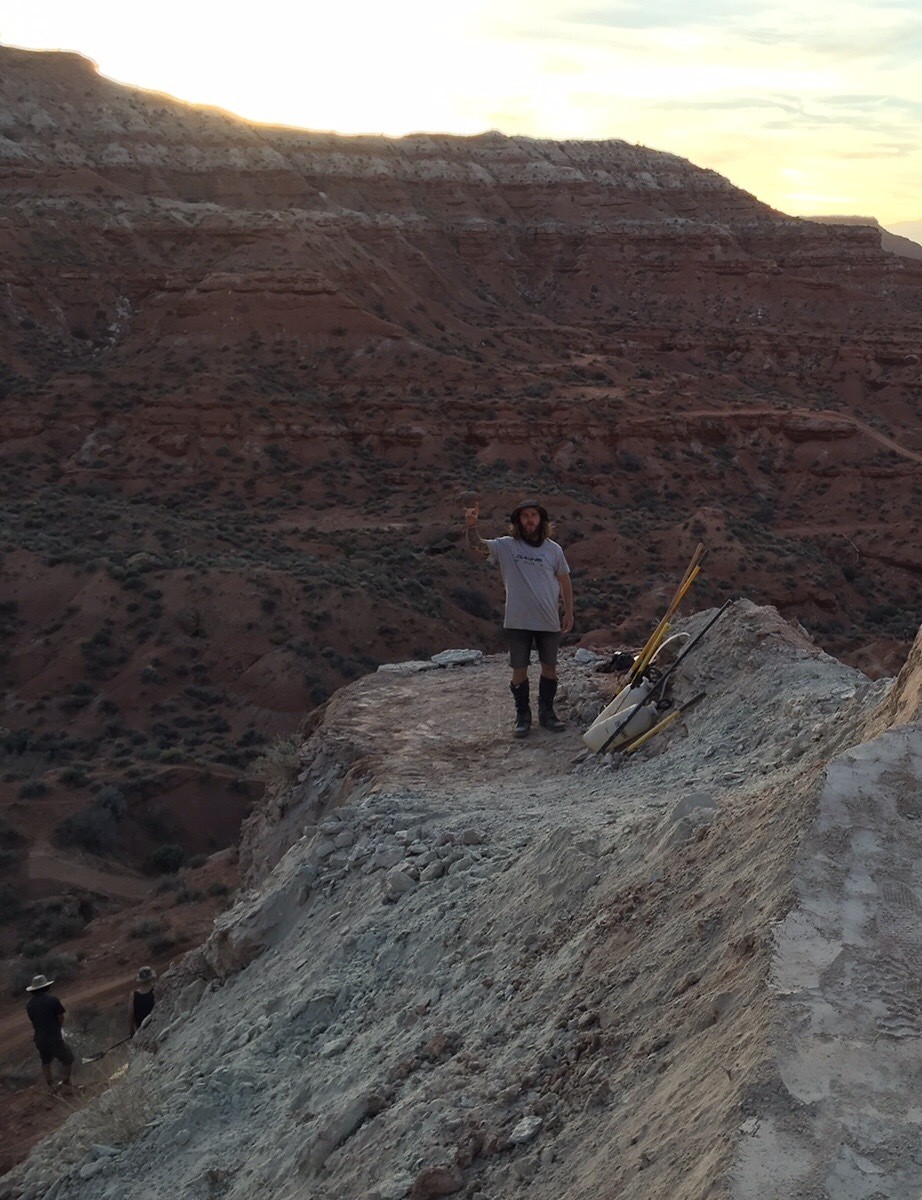 Kona: Other than the heavy entrance can you share anything else about your line?

Aggy: Besides the top, which is going to be one of the more standout bits of the line, just diving right into the face, once you clear out of the chute it heads onto a pretty big booter that the catch berm leads into. It then gets into the ridge and a bunch of step downs. There’s also a pretty big drop near the end that will be calling for something… I’m not really sure what I’m gonna do, but there is definitely going to be a lot of heavy hitting going on. I’m just super excited. 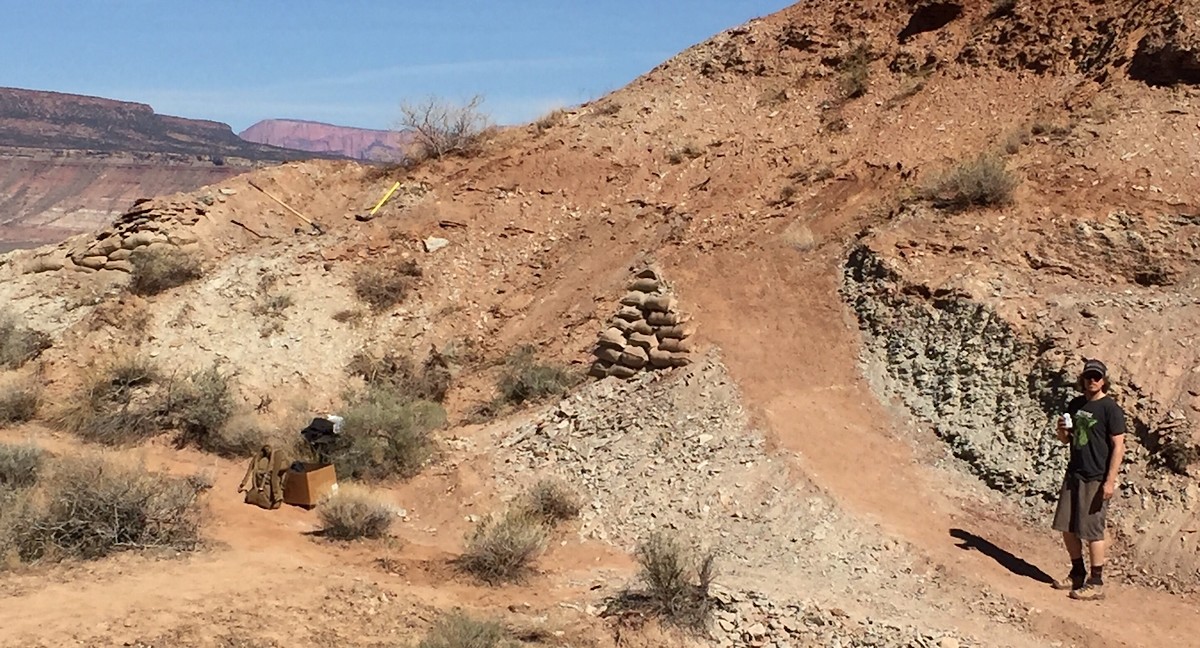 Scariest part of my line. Stoked to be teaming up with @brandonsemenuk on some stuff.

Toilet bowl is done! Stoked to finish up the of the line with @benbyerz @kylenorbraten #redbullrampage

It looks like @camzink is up to his ol' tricks again at @redbull RAMPAGE!! Wild!!!

@odub_23 packing the lip getting interviewed being all big time while I'm sitting crying on the landing!!