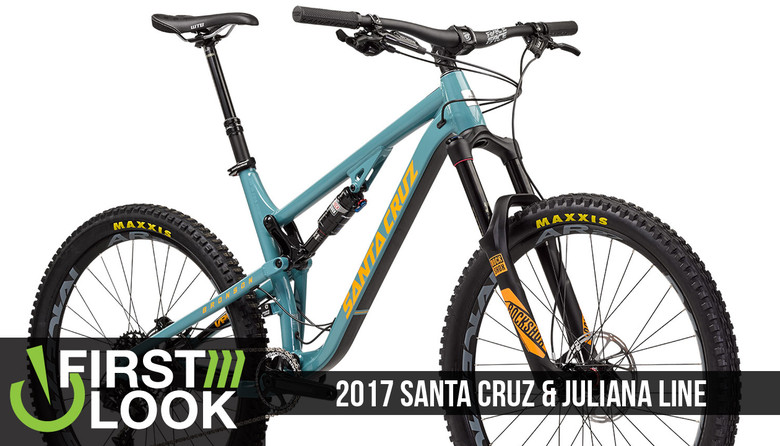 If you're looking for a new Santa Cruz, you have plenty of options this year. For 2017, Santa Cruz is introducing aluminum versions of some of their most popular bikes, including the Bronson, 5010 and Tallboy. As you'd expect, the alloy bikes will be a good chunk of change less than their carbon brothers, yet still offer the performance of VPP suspension along with the same geometry as the plastic bikes. Other updates include new colors, SRAM Eagle 1x12 drivetrains for XX1 // X01 build kits, as well as a whole lot of different build kit options. Santa Cruz is also bringing SRAM NX 1x11 to their new R Kit, which will be available on the 5010, Tallboy, and Highball. Also, an economically priced 1x11 option will bring prices down to the entry-level with the availability of their D Kit, where you can find the alloy 5010 priced at $2,599.

Juliana, Santa Cruz's women-specific sister brand, also sees a number of updates to their 2017 line. Most notably, and with the help of the female development team, Juliana has developed their own Juliana-specific suspension tune for the new line. Like Santa Cruz, Juliana has also brought SRAM Eagle 1x12 drivetrains to both the XX1 and X01 build kits, as well as a lower priced 1x11 option which starts at $3599

For complete details on all the 2017 updates, check out the press release below. 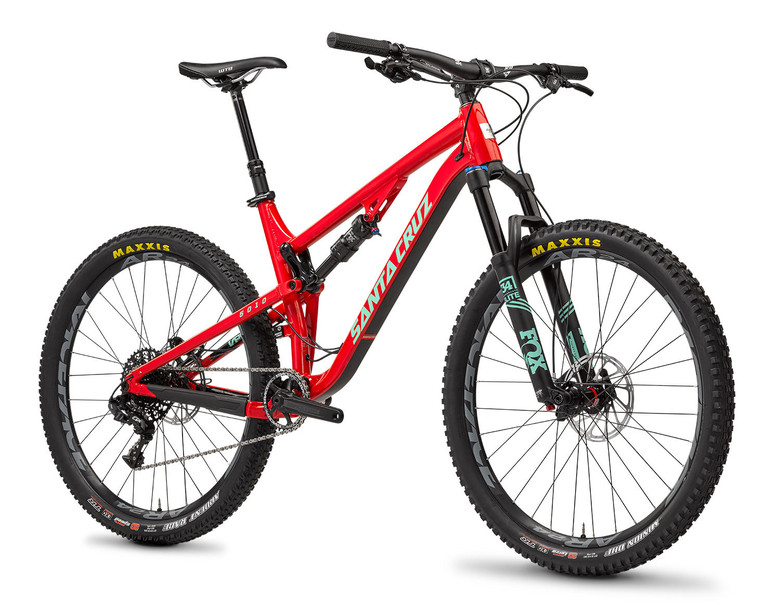 Aluminum versions of the popular Bronson, 5010 and Tallboy mountain bikes top the list of 2017 product line updates announced by Santa Cruz Bicycles today. With the new D Kit 5010 aluminum bike retailing for as little as $2,599 US, Virtual Pivot Point (VPP) performance is more affordable than ever. Alloy versions of the frame-sets are also available for $1,899. 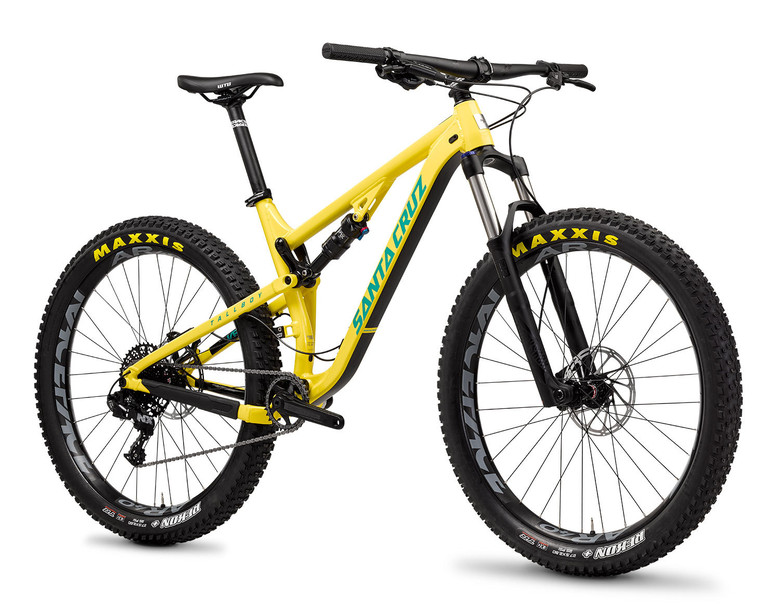 The 110mm-travel Tallboy, which launched earlier this year with only three build kits and one frame material is now available in a dozen configurations across CC and C carbon as well as aluminum frame-sets. 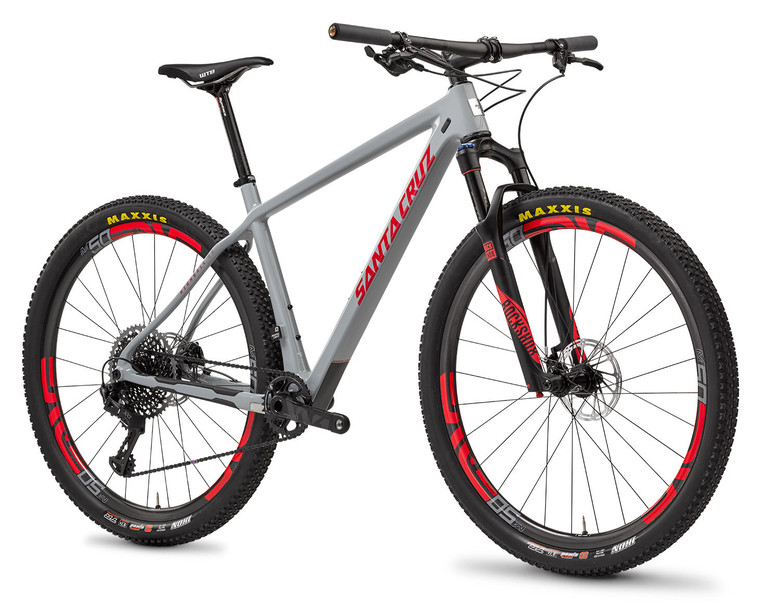 All X01 and XX1 build kits have now moved to SRAM’s new 1x12 Eagle drivetrain. The builds include Eagle shifters, chains, cassettes, and cranksets. The one exception is the V10, which retains SRAM’s downhill-specific, 7-speed X01 drivetrain.

Santa Cruz took the spec change interval as an opportunity to transition to the following new colors: 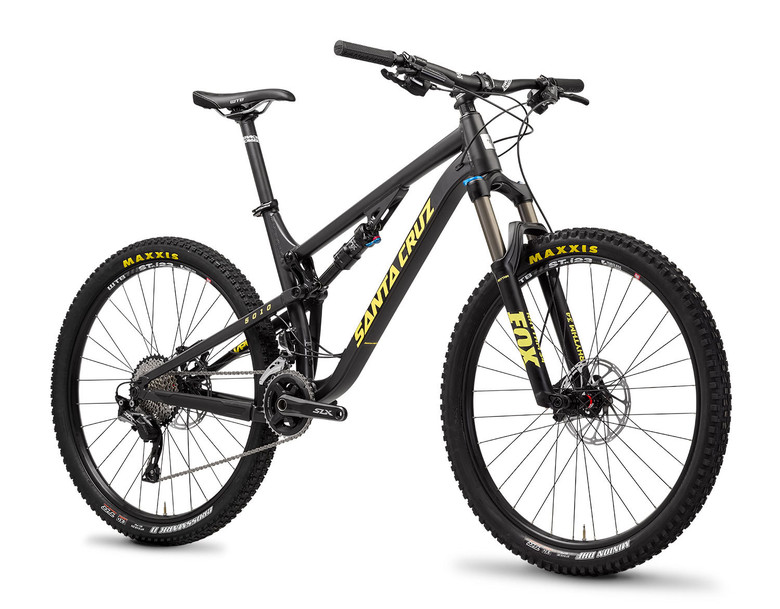 1x And 2x R Kits Available On Most Compatible Bikes

New R Kit component packages are available for 5010, Tallboy and Highball models in one- and two-chainring configurations. SRAM’s NX 1x11 drivetrain is featured on R1x options while Shimano’s SLX covers the 2x11 models. 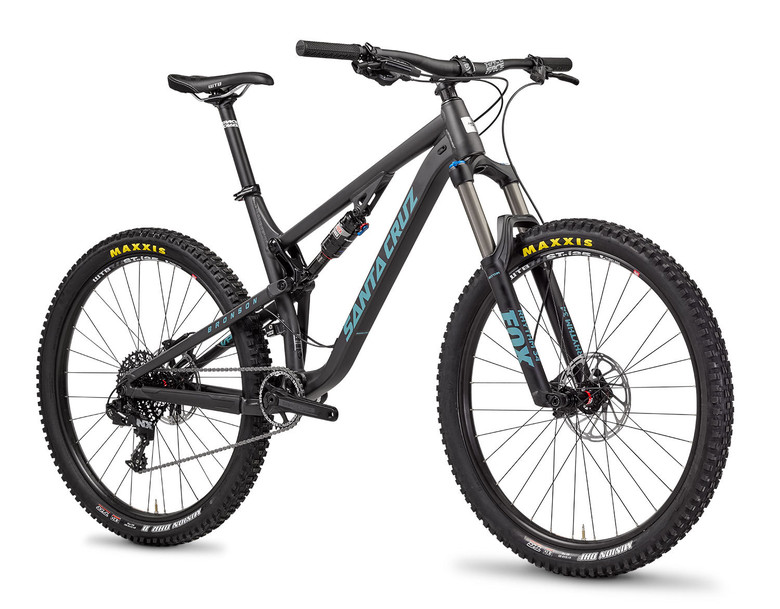 By spec’ing SRAM’s new NX drivetrain, Santa Cruz is able to bring 1x11 performance to the entry level. The value-minded D Kit is available for $2,599 on the aluminum 5010 and $2,699 on the alloy Bronson and Tallboy. 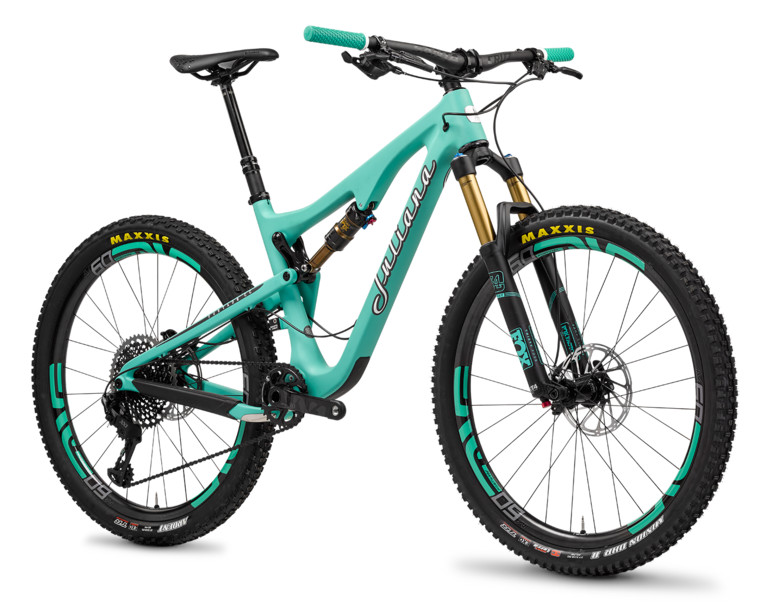 Juliana-specific suspension tunes bring out the best in the new product line. Each tune is the result of our female development team pinpointing what works best for the intended use and anticipated rider of each model. 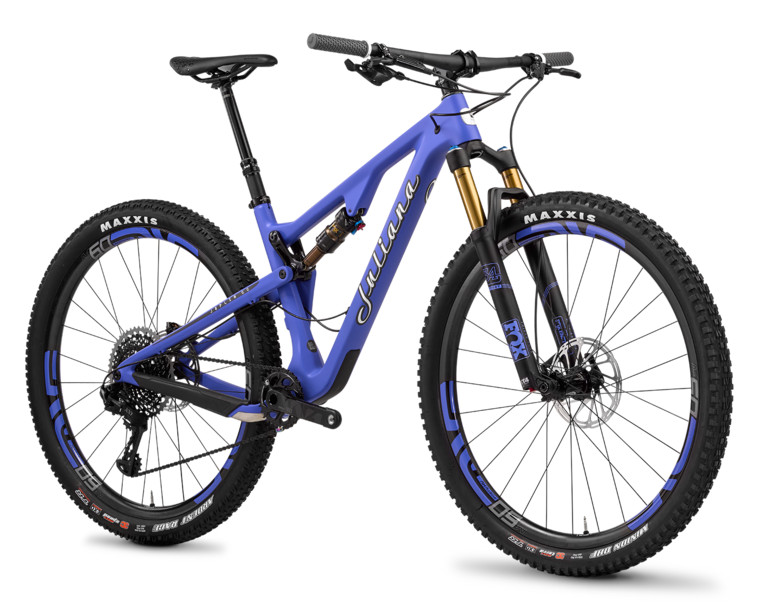 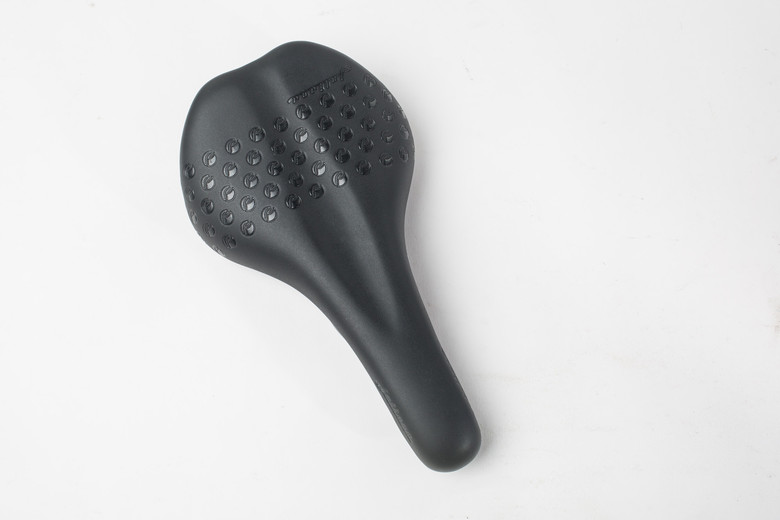 Our bikes continue to accommodate the broadest range of rider heights without compromising performance, thanks to our modern reach-based sizing, short seat tubes, and low standover heights. 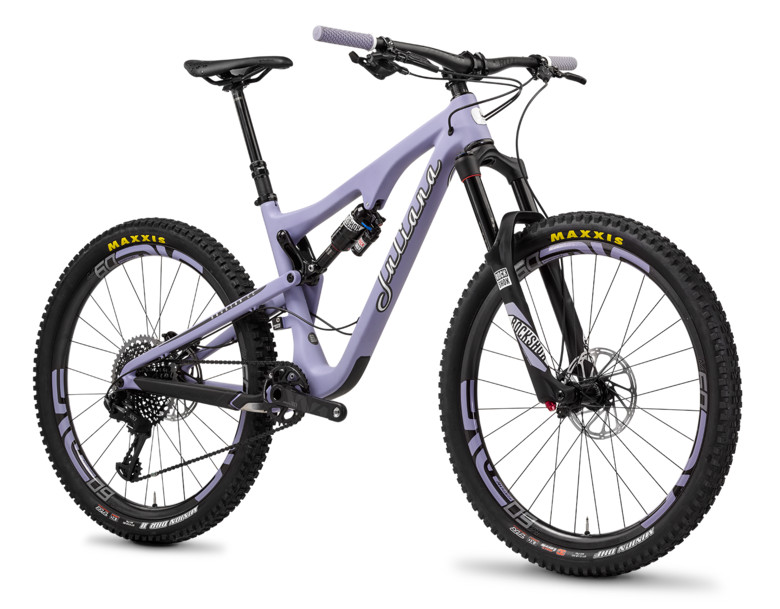