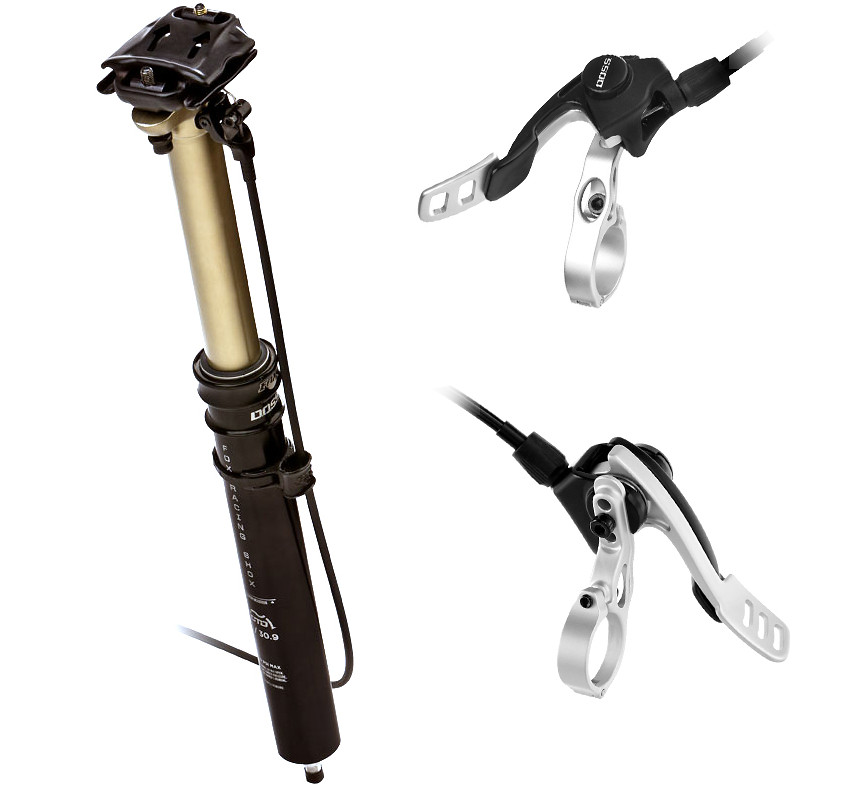 The somewhat recent invention of adjustable seatposts, and the even more recent development of reliable versions, have been among some of the most game-changing advancements to how we ride our bikes. The adjustable post — alongside other notable trail bike technologies — has invariably changed how many people ride their bikes and the type of bike they ride. With this advancement in technologies came obvious demand, and with this demand, more manufacturers are stepping into the ring with their own versions of this amazing little piece of bike tech geakery.

Welcome into the ring Fox. The Fox post was first seen at Interbike 2010, but remained in development until its release earlier this year. The D.O.S.S. (Drop Off Steep Shit), worthily stamped with the name of an employee who often puts gear to the test, is Fox's first offering in this area of bike tech and a worthy entry at that. Fox recognized early on the benefits an adjustable post and the fact that riders everywhere would eventually demand one for their bikes, just like the evolution of suspension and disc brakes. Considering the fact that Fox has decades of experience with telescoping parts, seals and structural testing (you know, suspension), it was more a question of why wouldn't they work on developing one!

From the start, the objective was reliability — an attribute of their products that they know users are willing to pay a little extra for, even if it weighs a bit more than the competition. This objective explains a lot of the design elements in this post, and whether we like them or not, they succeeded in this department. So how does the Fox D.O.S.S. measure up? 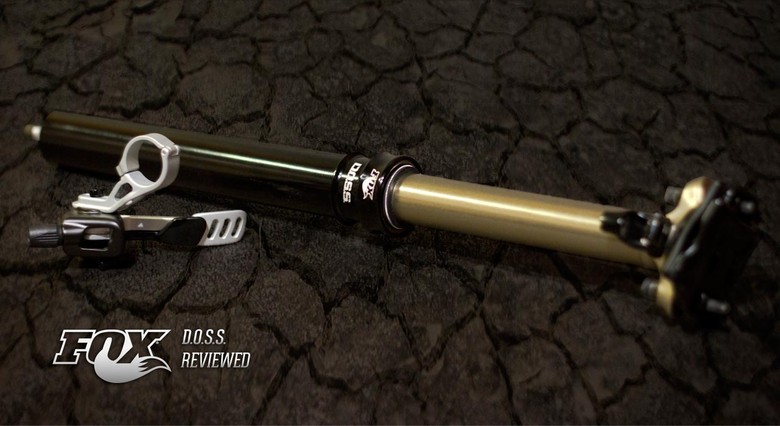 Installation of the post is dead simple. If you have ever changed your own shifter cable, you can set up the D.O.S.S. The toughest decision for some will be where to position the lever assembly. Fox realized they had a battle ahead when trying to design the lever. Creating something that would position well and leave your 'cockpit' clean and clutter free was the goal. As we are all aware, a range of manufacturers offering variations in the brake and gear lever department means that this requires some innovation. Fox did a great job here and I was excited about the ability to position the lever above or below the bars, on either the left or right side. There is also adjustability for how far in front or behind the bars the lever can sit.

Once the post was in the frame, slight side-to-side and fore/aft play was noticeable when grabbing and pushing the seat around. This concerned us a little initially, but those concerns were dashed once we hit the trail. This movement has not translated to the sounds of a rattle can while bombing through the woods. I also could not feel it while grinding in the saddle.

The return speed of the post is set by pumping between 10 and 25 psi of air into the valve at the bottom. We didn't notice a lot of variance in the return speed and ultimately opted for the slower end at 10psi as this post moves very quickly. (Watch the nads!)

Our D.O.S.S. post's initiation into the world was a little different, but I figured why not throw it in the deep end? I hit the trails with this shiny new bit of kit in a local race. The event entailed a lot of low grade descending, which had me excited to test out the post's CTD (Climb, Trail, Descend) functionality, notably the 40mm drop achieved from depressing the black lever. The D.O.S.S. performed flawlessly on climbs, but during the low grade descents an issue was noticed, and quickly! The black part of the remote lever, which controls the post's ability to drop 40mm (the "Trail" setting), was too far away and rather awkward to reach. The lever also required more pressure than other posts to activate.

Initially the shear exhaustion from the first half of the race resulted in me dismissing this issue, though the continued noting of it while on your average ride made it a problem. After more ride time I noticed that even with the lever positioned as far in front of the bars as possible, it still required a good ol' reach around before being able to plant the thumb on the paddle. Add to this a long throw on the lever and it makes it difficult to activate properly and efficiently. Maybe I have wimpy hands and fingers from working on computers (trail building season is here to fix that), but at 6'3" I don't exactly have small digits. This may place the lever out of reach for riders with smaller hands.

The remote lever paddle itself contains cutouts, which double as grip for your thumb and weight savings to keep the weight weenies stoked. These same cutouts were not the most comfortable on the computer thumb of a gloveless rider, but that was an easy fix with some of the amazing 3M Rubber Mastic tape. While I personally can't talk to the glove feel, I am certain it is quite good and the cutouts would surely provide additional grip. 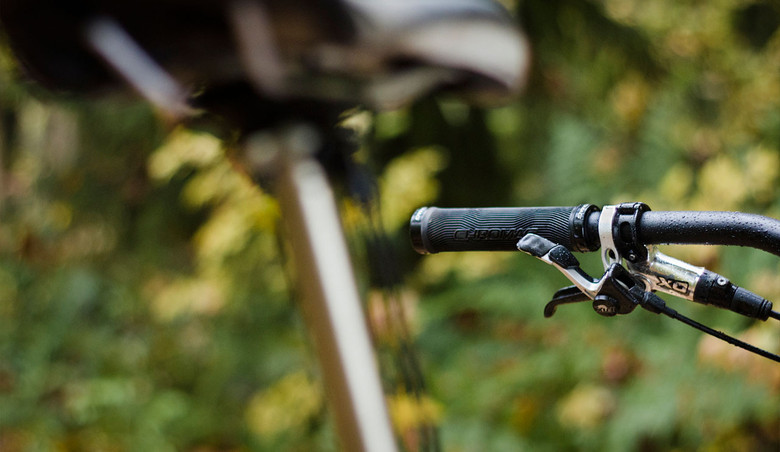 Despite not being able to hear the seat rattle around from the play mentioned earlier, ours did make a distinct clicking noise when grinding up hills and moving our weight on the saddle in slightly rougher terrain. This clicking sound could be heard when returning my weight to the saddle and is likely the internal keys clamping down to hold the post in position. For some this would be a non-issue (certainly not a deal breaker), but for anyone like me (picky), a silent bike is a must and nothing is more annoying than a clunky click when you're pushing it up climbs (especially when cross-eyed and about to puke).

The post moves extremely well and freely, making for an incredibly efficient drop once initiated at the lever. The unrestricted movement is a great element for a post of this nature, as more often than not there is a need to get the seat out of the way in a pinch. When the time came to raise the saddle it was equally smooth and free — perhaps almost too free — though this can be alleviated by aiming the bike a little to the side and using the inner thigh to prevent any surprises.

An element of the post that I am not a fan of is the necessity to weight it firmly all the way down for it to stay, otherwise it will bounce right back up at you, and fast!This is due to the fact that the D.O.S.S. only has two drop positions. While this simplifies things and invariably adds to the reliability (less parts to have issues, for example), it makes it a little tricky when you need to put the post down in rough terrain.

I very occasionally used the 40mm drop on the trail (when lack of urgency permitted), though I found it easier to depress the remote's main lever a little rather than using the black lever. This obviously resulted in occasional fumbling about as I attempted to land in the primo spot — the outcome of which meant that I tended to do without this functionality most of the time. If the trail required the in-between position, I generally would make do with the saddle either up or down.

After 3 months of abuse racing, training, gunning it on Strava and just generally riding a lot, the post has had zero hiccups — no beats missed whatsoever. While it did take some time before the opportunity to ride it in the wet arrived (we coincidentally had the driest summer in 160 years in B.C. No, I'm not complaining), once out in the wet it performed as it had the majority of the summer — flawlessly!

Though I found the D.O.S.S. design to have its nagging elements from a usability point of view — mostly around the lever assembly — there is nothing but praise for the posts reliability on the trail. Fox hit a home run on one of the biggest goals they set out to achieve here.

The D.O.S.S. shows signs of a great thought process and conceptualization, but is not without its issues in practice. It did go up and down whenever required, but like every good product there is room for improvement. Many of the improvements that could elevate this post to a new level originate around the lever. 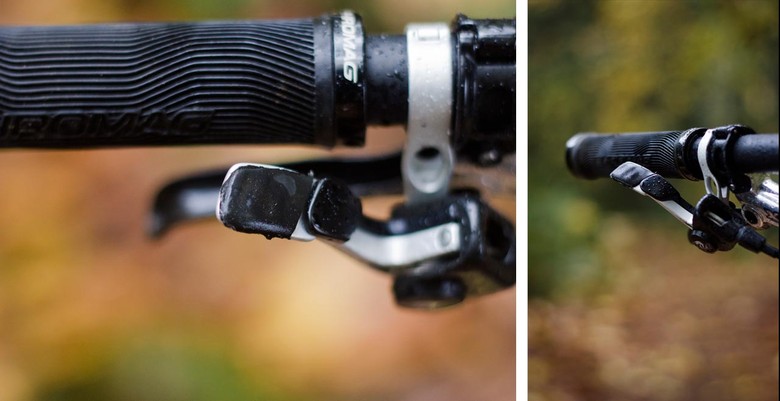 As mentioned already, this post is incredibly reliable and the design improvements mentioned above are merely to improve upon an already decent product. The finish of the post is great and it is super simple to setup and work on, although aside from changing the lever placement to try other positions, it never needed any — set and forget.

When on the trail the post works without a hitch, provided you have the energy left in your hands to "reach around" and get the full lever throw in. Consciously making sure you slam it all the way when entering a descent will ensure that you will have no problems, but this may take a little adjusting for those that are experienced with other dropper posts. It is a little more pricey than others and weighs in a few grams more (650g/1.37lbs), but the reliability makes up for those elements in most cases.

Did Fox enter the adjustable seatpost ring with a fighting spirit when they released the D.O.S.S.? Absolutely! In order to take the crown though, I feel there is room for improvement with this first incarnation and am excited to see where they go with it in the future.

Review This Product
What do you think?
To add review, please join, log in or connect to Vital using your Facebook profile Login with Facebook.
Seatposts 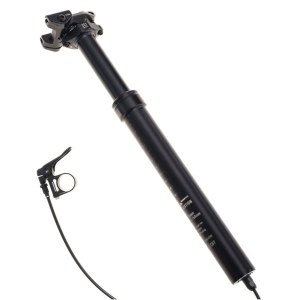 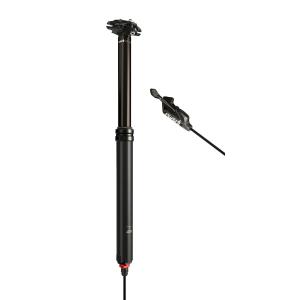 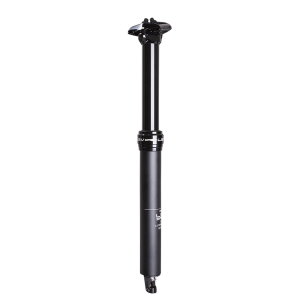 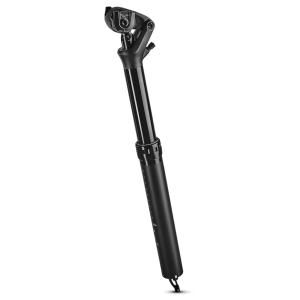 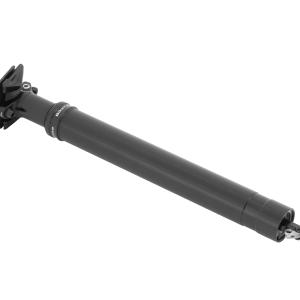 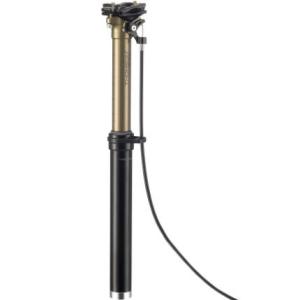 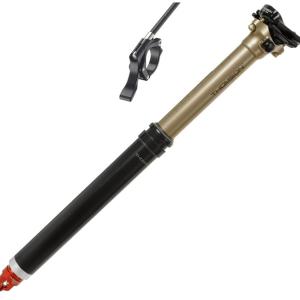 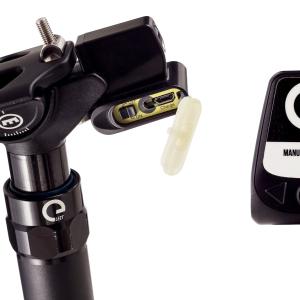