We put in the miles to see how SRAM's new wireless drivetrain stacks up to the higher-priced Eagle AXS offerings. 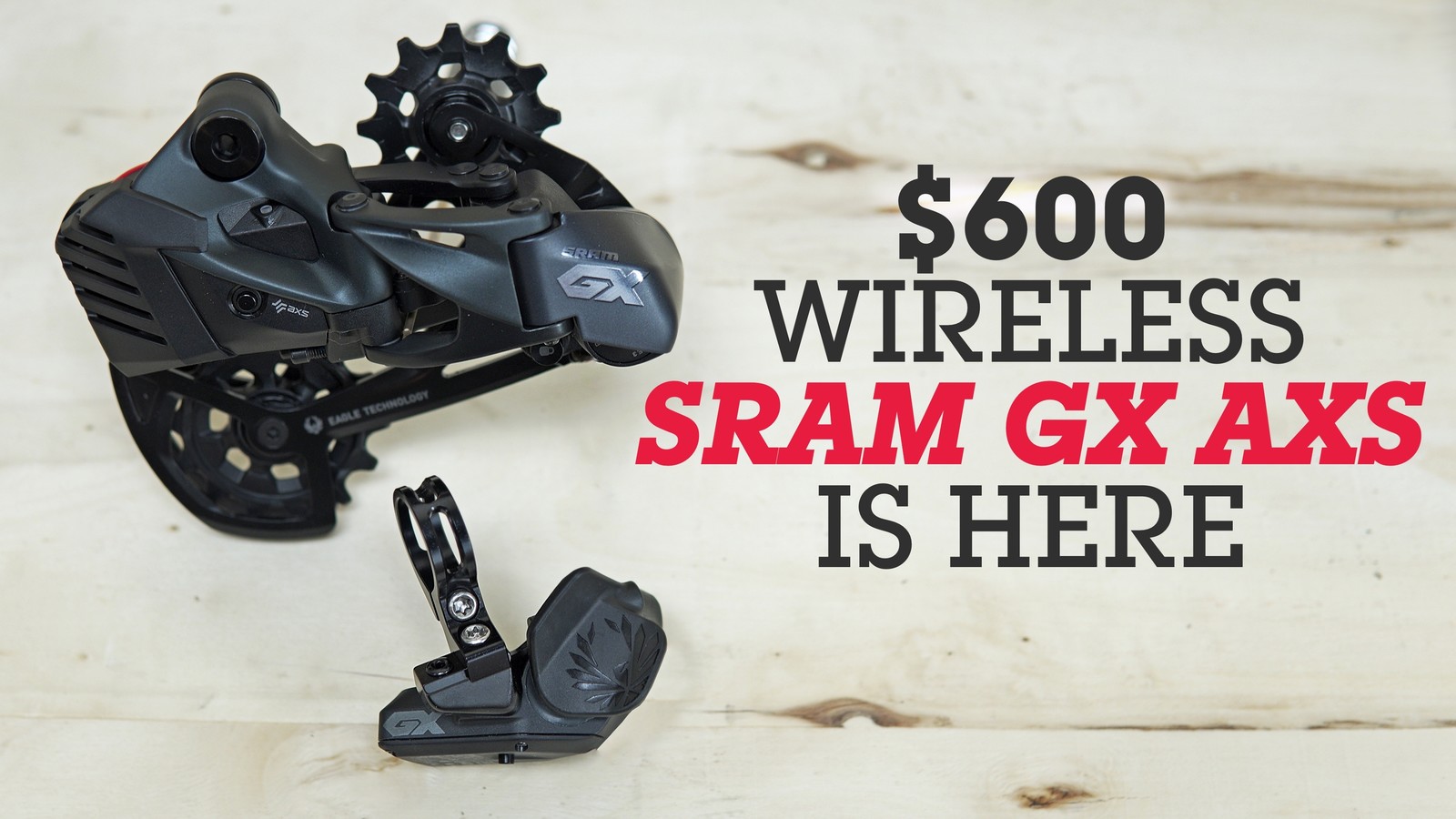 Despite its strong on-trail performance, the price tag associated with SRAM's wireless AXS drivetrains has been a hurdle many riders just could not get over. For two years now, the AXS systems have remained items for elite-level builds only. Enter the all-new GX AXS upgrade kit. It is by no means what we would call inexpensive, but it does lower the barrier of entry to the world of electronic, wireless shifting. We've been logging miles on this new drivetrain for some time now. Let's find out what it is, how it performs, and whether it's a viable alternative to SRAM's higher-tiered offerings.

Although GX is a name synonymous with a strong value proposition, we are still talking about wireless shifting, for which there will remain a hefty capital outlay when compared to the traditional forms. Is GX AXS what we would deem "affordable"? Not so much. Does it cost less than other wireless options? Yes.

Just over two years ago SRAM launched AXS Eagle. After a year of testing, Vital gave gave it the stamp of approval. At the time of launch, the system was only available as a complete drivetrain setup. For $1,900, riders got a shifter, derailleur, cranks, chain, and cassette, along with all the charging equipment for the XX1 and X01 line. Individual pieces were available for purchase shortly after. Riders seeking to upgrade their existing SRAM Eagle 12-speed drivetrains could buy the X01 AXS derailleur and shifter for a cool $1,000. Recently, SRAM dropped this price to $800, presumably, in anticipation of GX AXS. 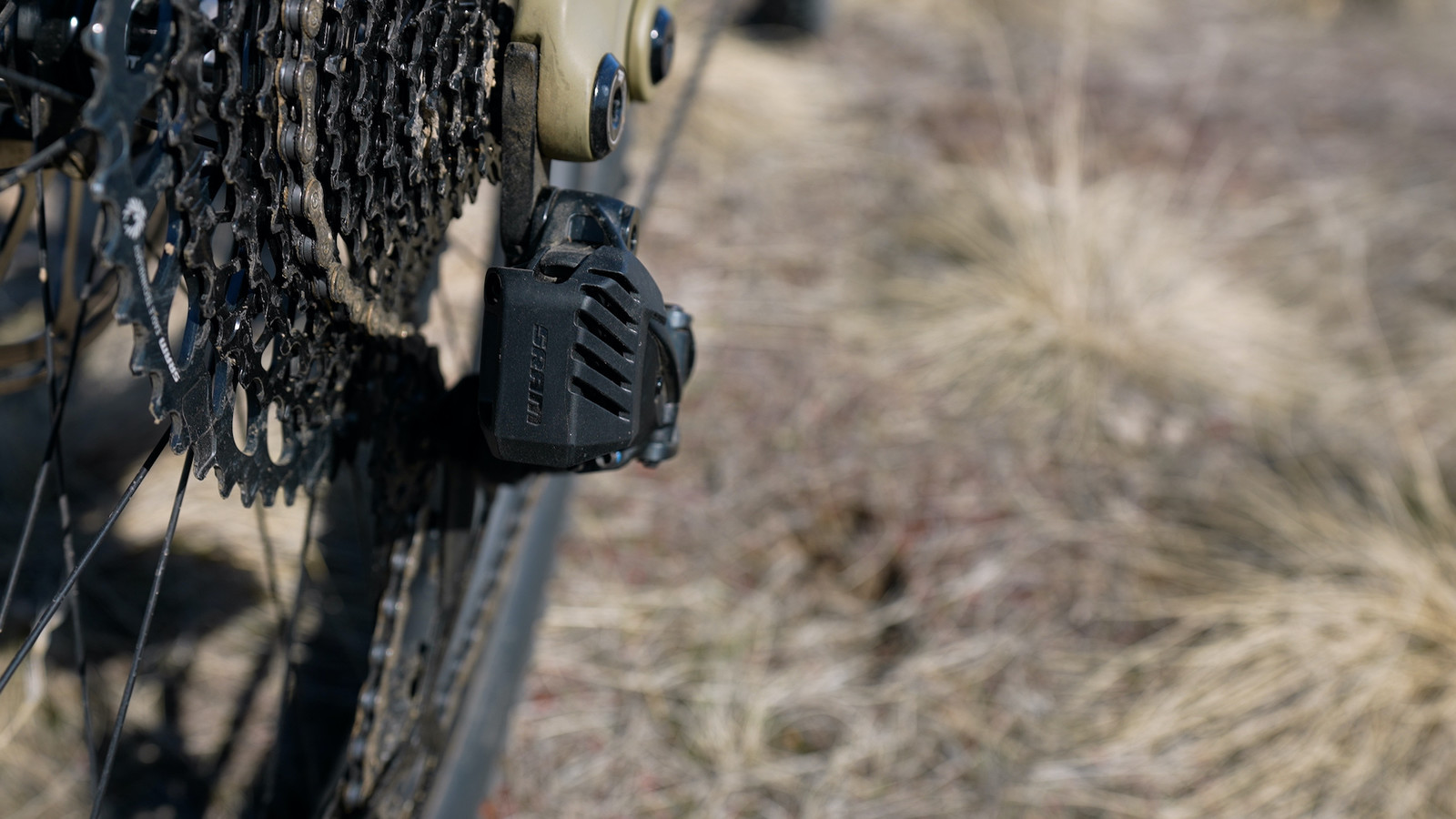 SRAM's GX AXS upgrade kit includes the derailleur, shifter, battery, charging base, and a battery protection cage for $600. Any mountain biker with an existing SRAM Eagle 12-speed drivetrain can purchase the GX AXS upgrade kit and be in the wireless shifting game. 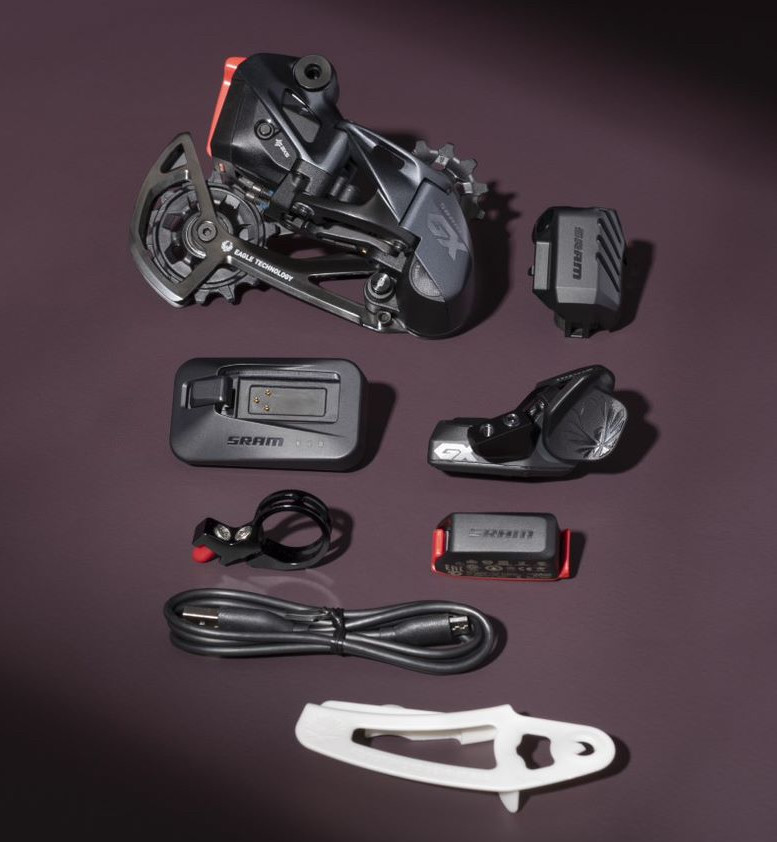 Externally, there aren’t major differences between these systems. SRAM XX1 AXS is $1,000 for the upgrade kit and features a carbon exterior derailleur cage. Moving to X01 AXS will see that carbon cage swap to aluminum and put 15g on the derailleur and $200 in your pocket. Looking to save more? GX AXS uses a steel cage, adding 64grams. 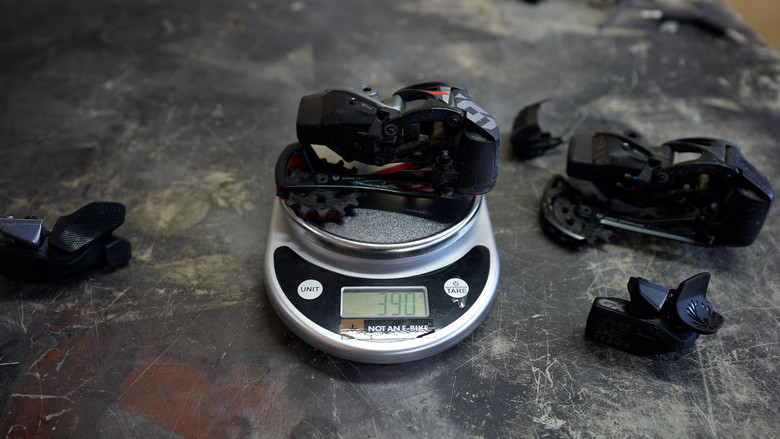 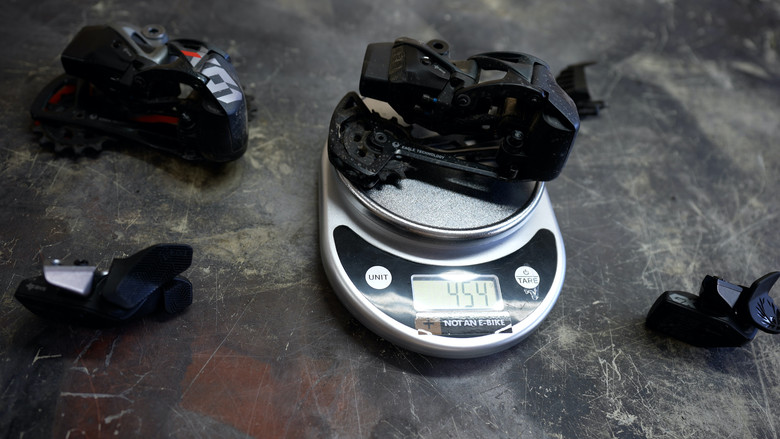 Internally, riders will get all the same technology and features regardless of the model designation. The new GX AXS kit meets all the same water and dust proof standards as X01 and XX1. The same Overload clutch is still present on the derailleur. For the shifter, all the internal components are the same, GX just uses the original shift paddle, which by our account, saves 7grams. 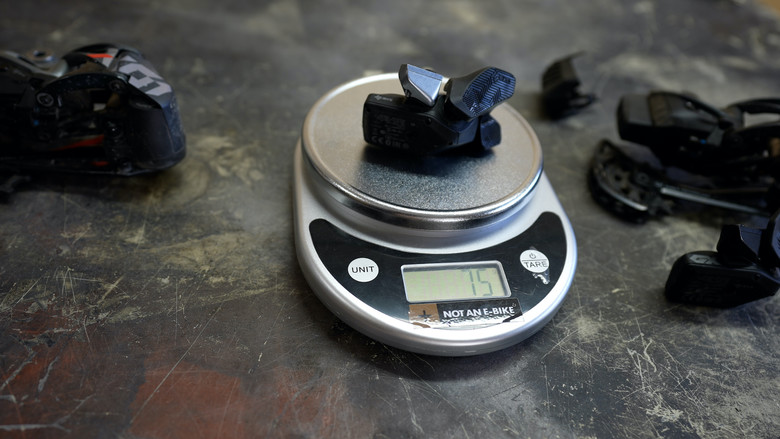 SRAM is already making the individual components of the new GX AXS line available at the following price points:

Installing the AXS system is easy. So easy, we’ve done it blindfolded. We spent more time removing our traditional drivetrain system with cables and such than we did bolting on the AXS derailleur, shifter, and pushing the sync buttons. Because our test drivetrain was not yet launched, the GX AXS derailleur would not pair correctly with the SRAM app. We were, however, able to sync up the shifter just fine if we did want to customize the shifting. For this test, we ran the shifter in the stock configuration. 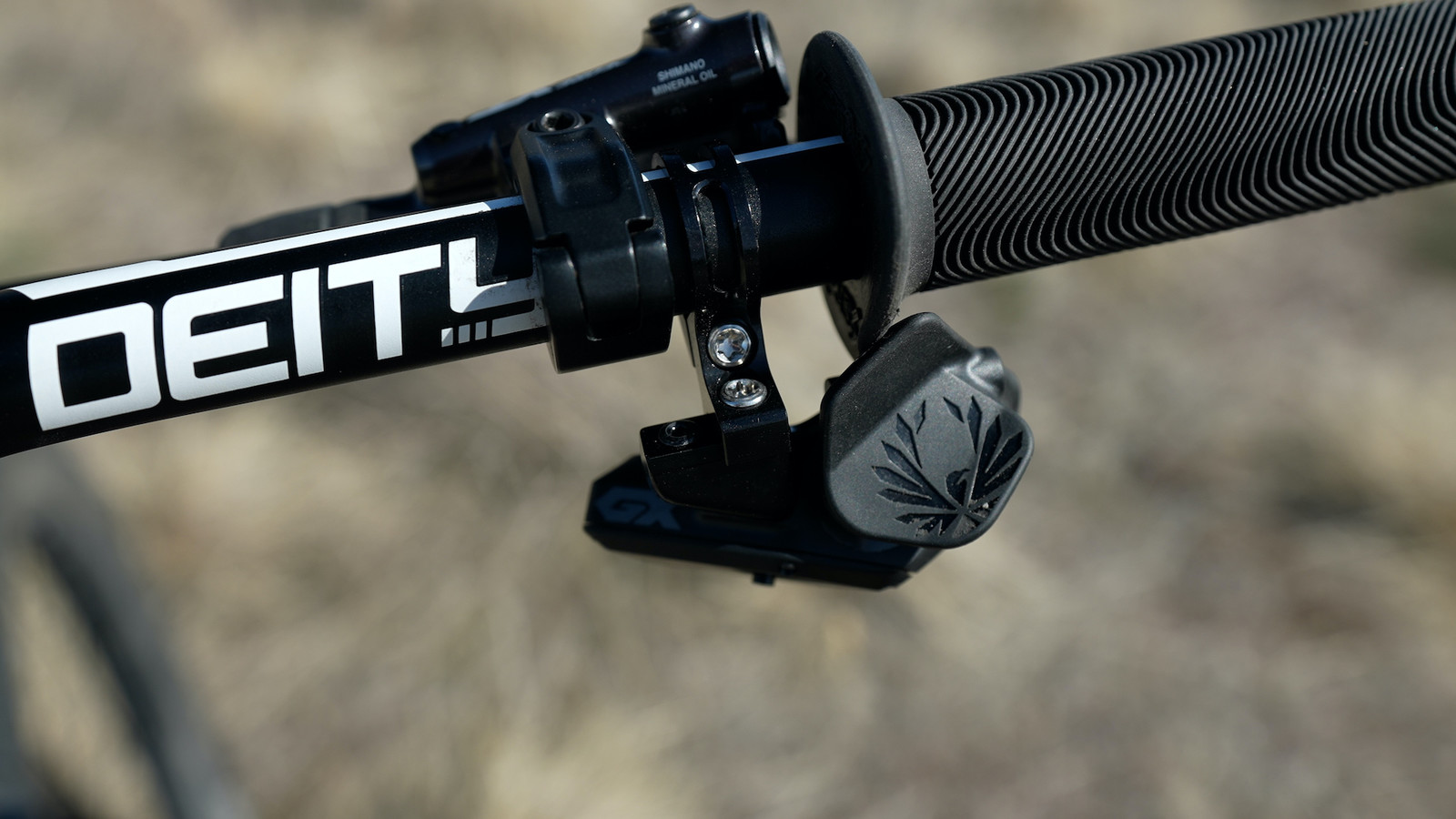 With our bike in the work stand, it seemed as though there was some lag between pushing the button on the shifter and the derailleur moving, otherwise known as shifting. For the hype surrounding electronic shifting, and based on our experience with X01 AXS, we had some immediate concerns here. Not knowing anything about the GX AXS system at the time, we thought maybe this was the compromise for the lower price. It was not until after a couple weeks of riding GX AXS that we would receive any technical information from SRAM. 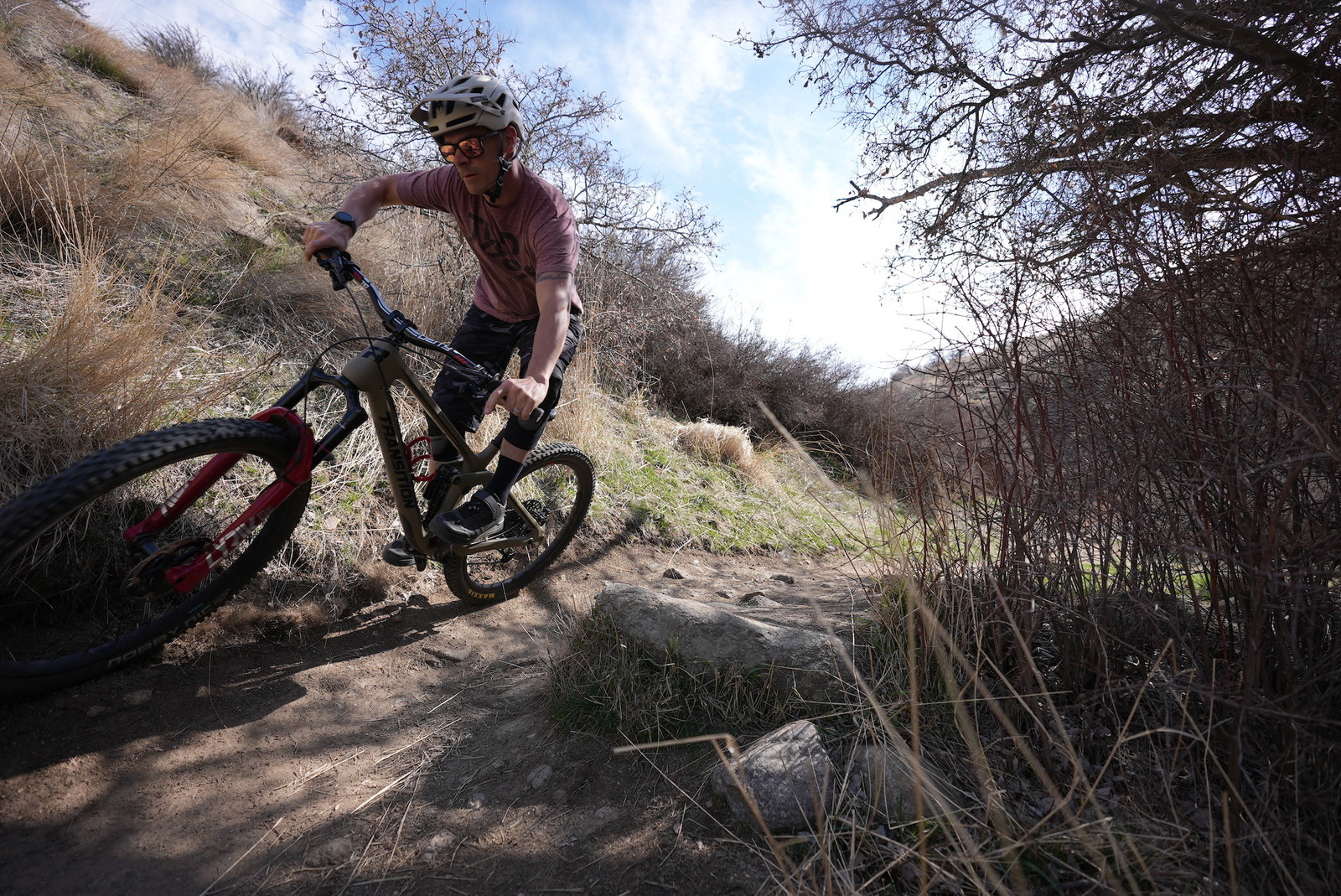 ...while Overload will save your derailleur, it will not save your hanger.

GX AXS meets all the same water and dust-proof standards as XX1 and X01 AXS. It is reasonable to expect GX AXS to be every bit as robust as the higher-priced offerings. We logged our share of miles on the GX AXS system and had zero issues from installation, to set up and beyond. For filming, we punched the derailleur over and over again to show off the Overload clutch. What we learned was that while Overload will save your derailleur, it will not save your hanger. The hanger on our Scout became ever-so-bent and caused shifting issues in the easier gears. 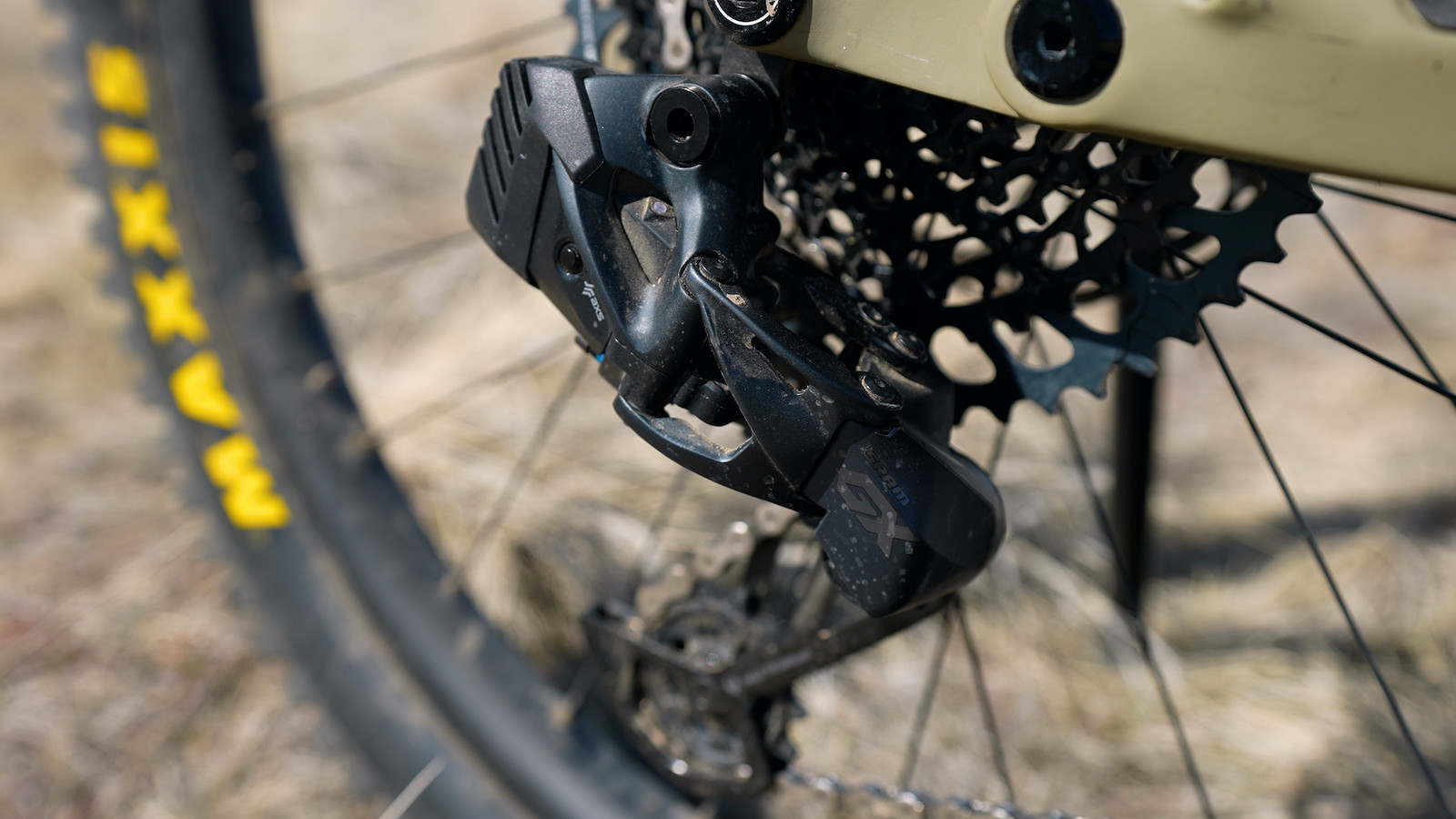 After installing our new hanger, there was still some fine-tuning to be done. After resetting the limit screws, we used the trim function to fine-tune our shifting. This is done by holding the bottom button on the shifter (the one for pairing) and then using the shift paddle to toggle the derailleur up or down. There is a small learning curve but after we did it once, it proved far simpler and more precise than the traditional barrel adjuster on a cable system.

Here's the fast math: the GX AXS upgrade kit runs $55 more than a complete traditional GX drivetrain which includes cranks, chain, and a cassette, too. To put it another way, you could have three GX derailleurs and three GX shifters for less than the cost of one GX AXS derailleur and shifter. Honestly, though, is that the math SRAM should be expecting customers to perform? We are in the AXS ecosystem, and the GX line has long been about offering the performance of higher-end products at a more attainable price.

Time and again, reviewers have praised the GX name for its ability to deliver reliable performance with little compromise at a lower price than higher-end offerings. It would seem SRAM has been successful in repeating that feat in the wireless world and leaves us wondering what more could be coming down the line.

Head to SRAM.com for more information on the new GX AXS line. 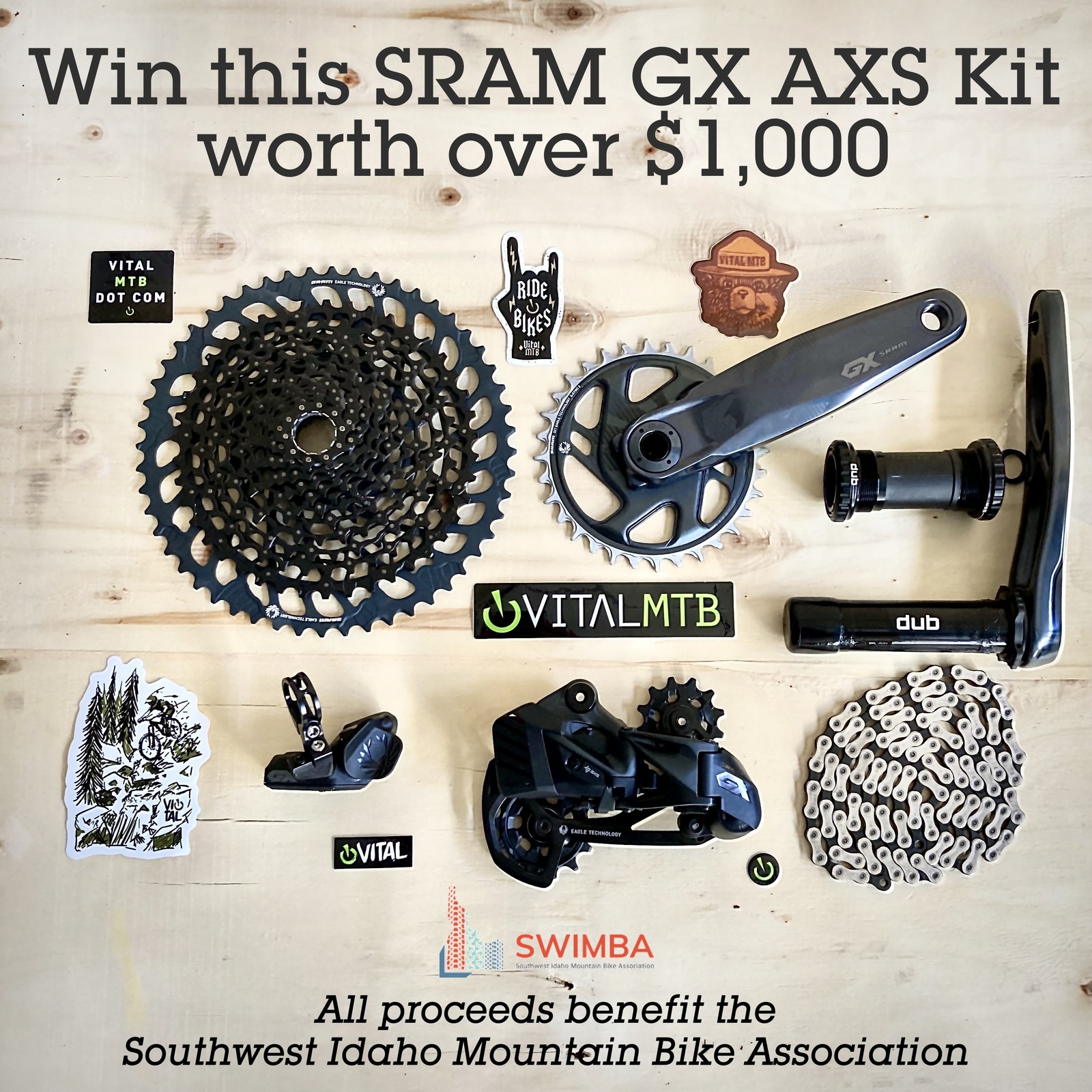 Brad started mountain biking when a 2.25-inch tire was large, and despite having threads, bottom brackets sucked. Riding in the woods with friends eventually lead way to racing, trying to send it at the local gravel pits, and working in bike shops as a wrench to fix those bikes. Fortunate enough to have dug at six Rampages and become friends with some of the sport’s biggest talents, Brad has a broad perspective of what bikes can do and what it means to be a good rider. The past few years Brad worked in the bike industry and got to see the man behind the curtain. These days, though, he just likes riding his bike in the woods with friends.