When hoarding pays off. 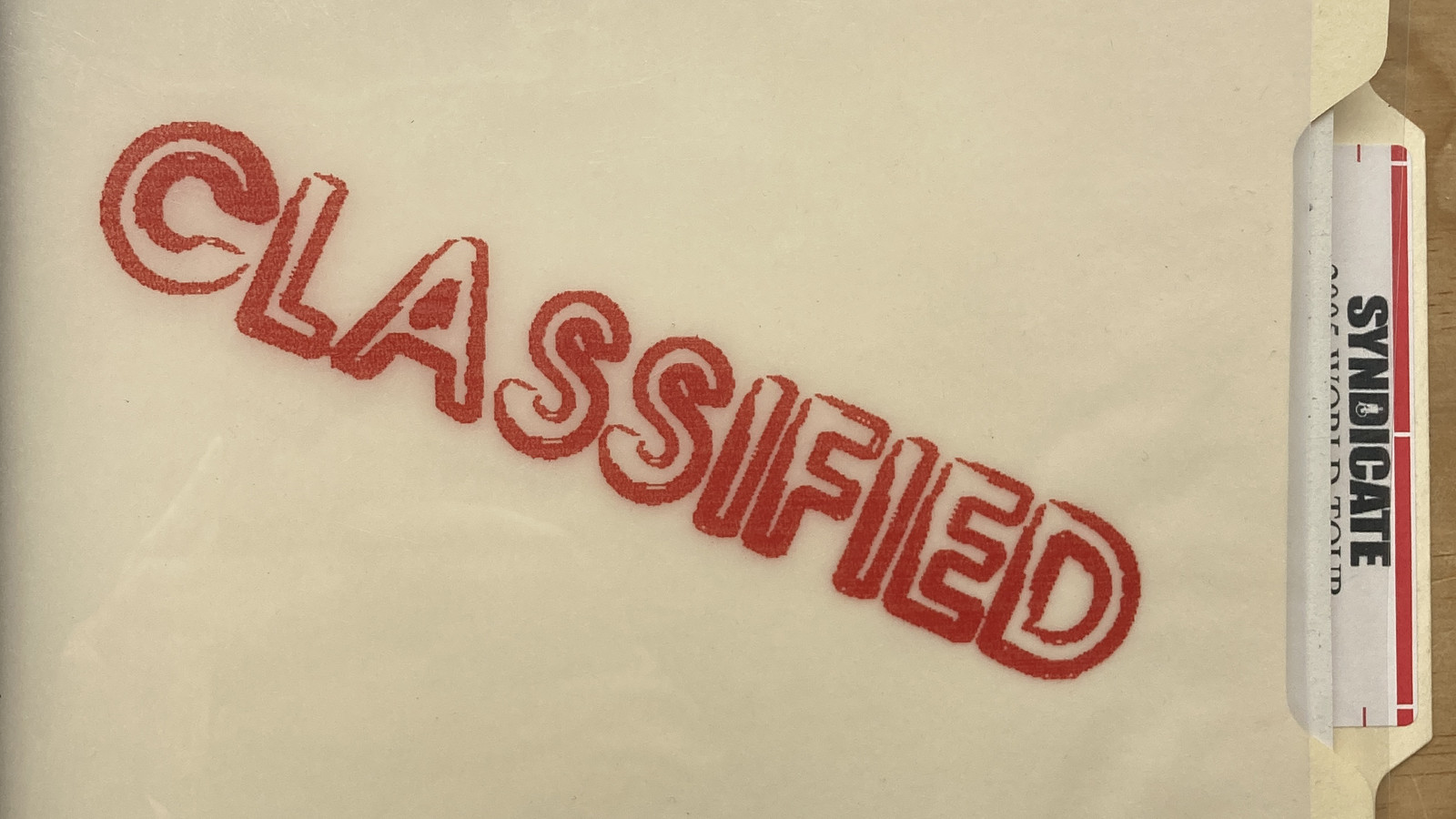 Opening up a long-sealed box from my time at decline Magazine proved fruitful this past weekend. Beneath the bottom of a pile of late notices from credit card companies and overdue car payment bills from 2005 was a glossy dossier with CLASSIFIED yelling at me. It was the press release for the 2005 Santa Cruz Syndicate team, printed on an inkjet (possibly from Kathy Sessler's office or Kinkos?) with the team roster, mission statement, sponsor list and rider interviews. There were two CDs or DVDs, but one was blank and the other was warped and wouldn't play. Sorry. Technology. 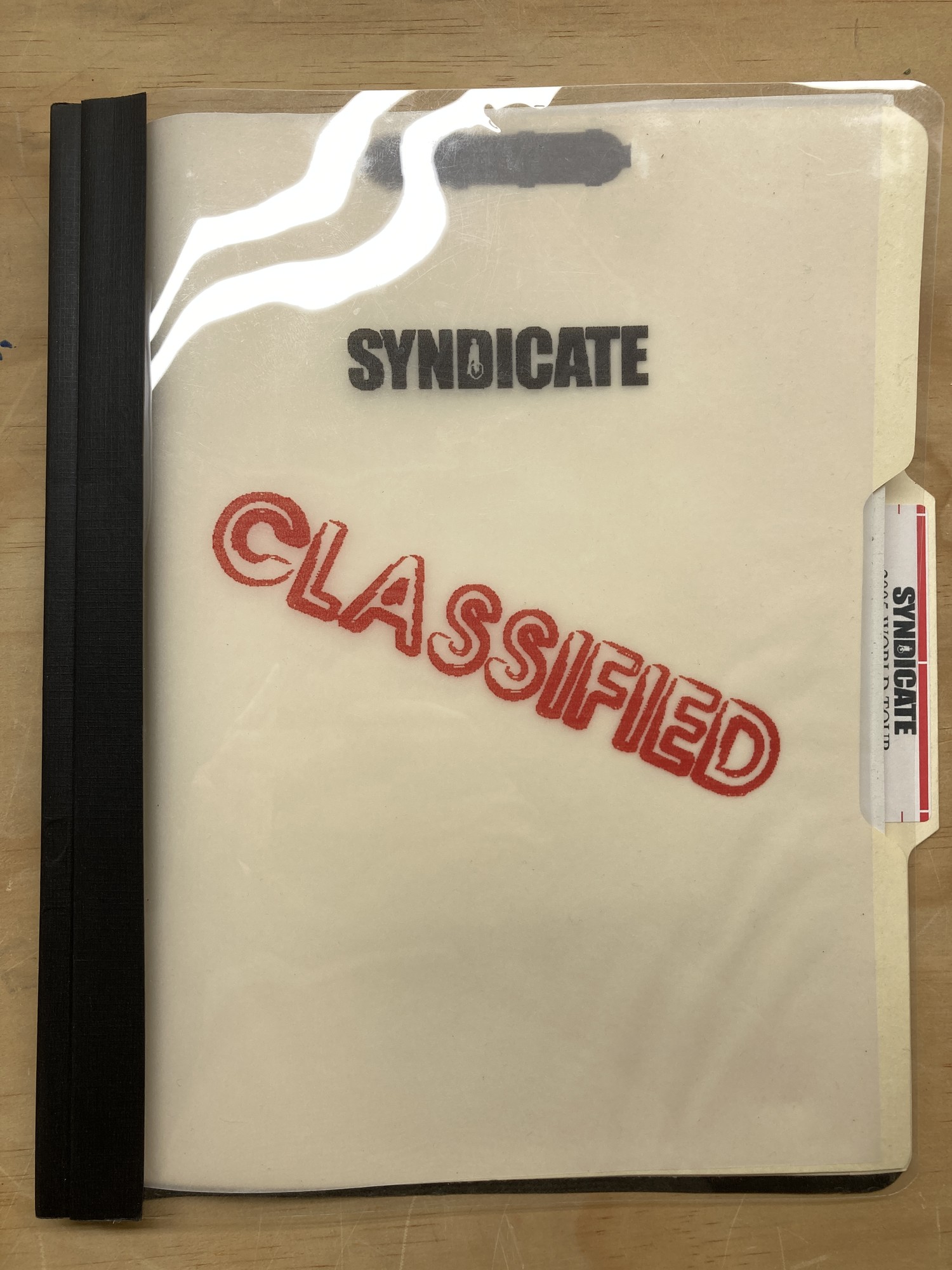 2004 was the first year of the Santa Cruz Syndicate, a blending of Derin Stockton's Intense Tires race team project and a push by Santa Cruz into an Elite factory team. It was a time when a top racer may also be a top freerider and getting a legit contract for "street" was a thing. News was displayed on re-purposed trees called magazines, 4-ply sticky rubber tires meant DH survival and suspension companies like 5th Element were making waves. 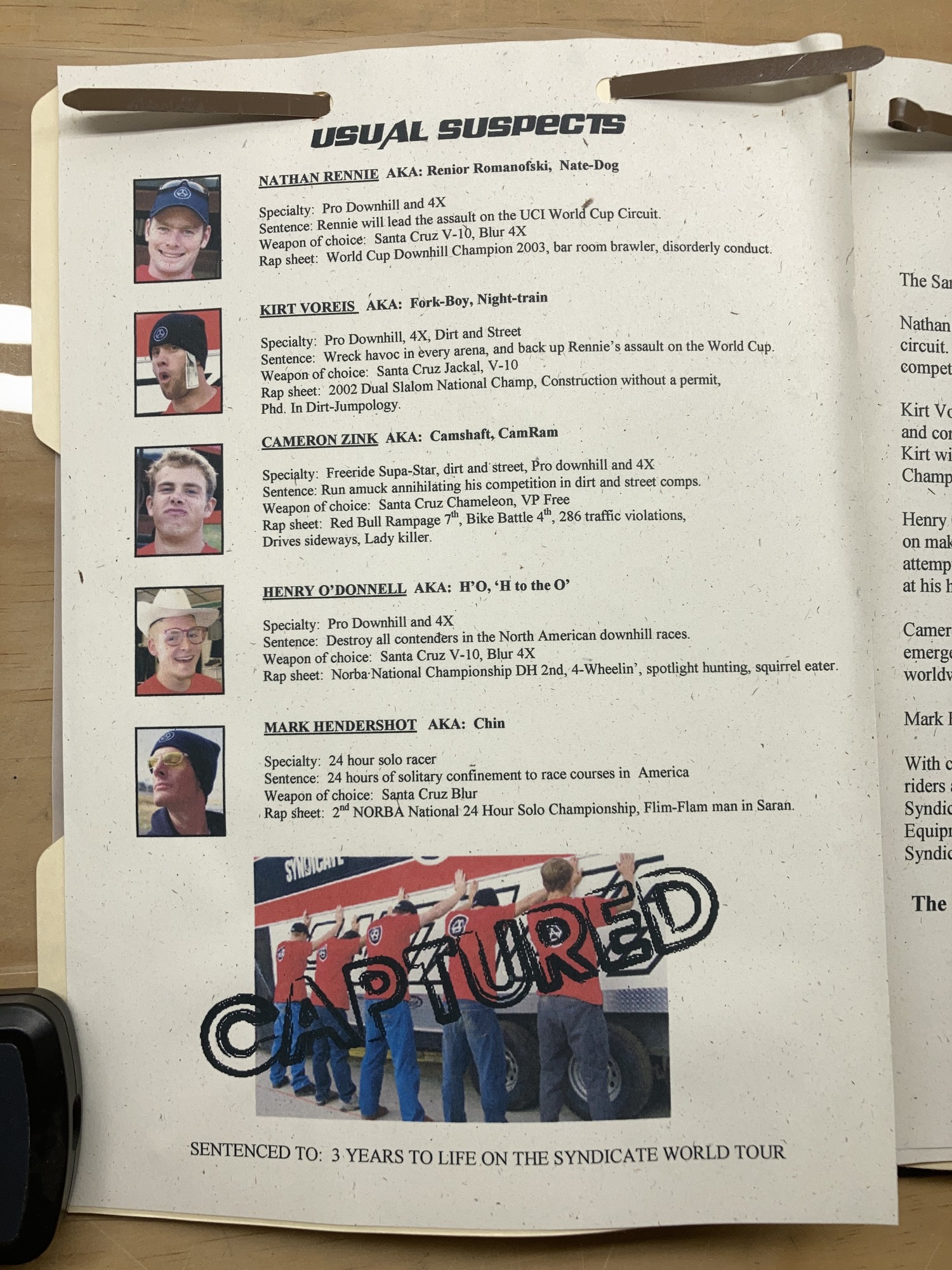 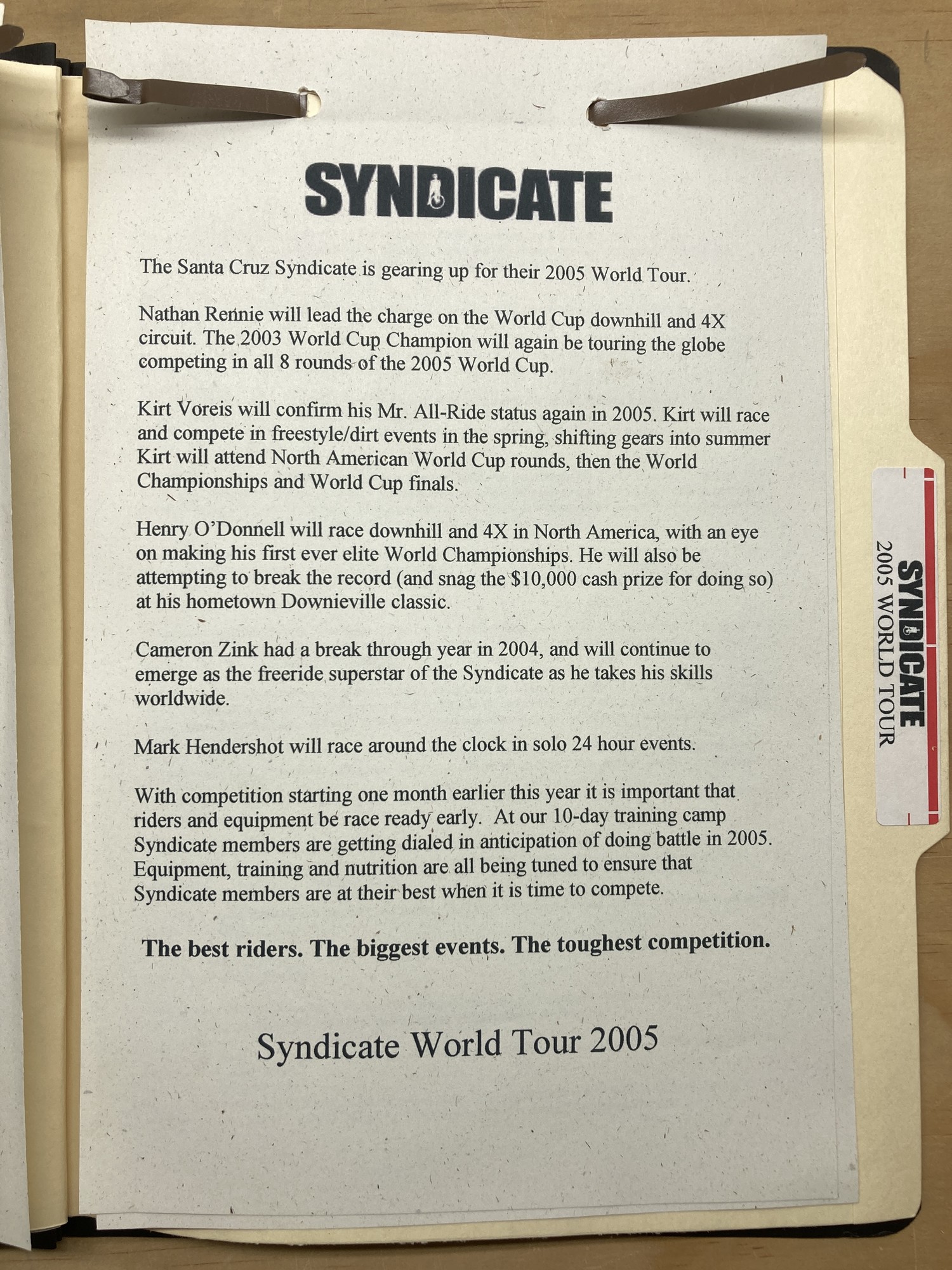 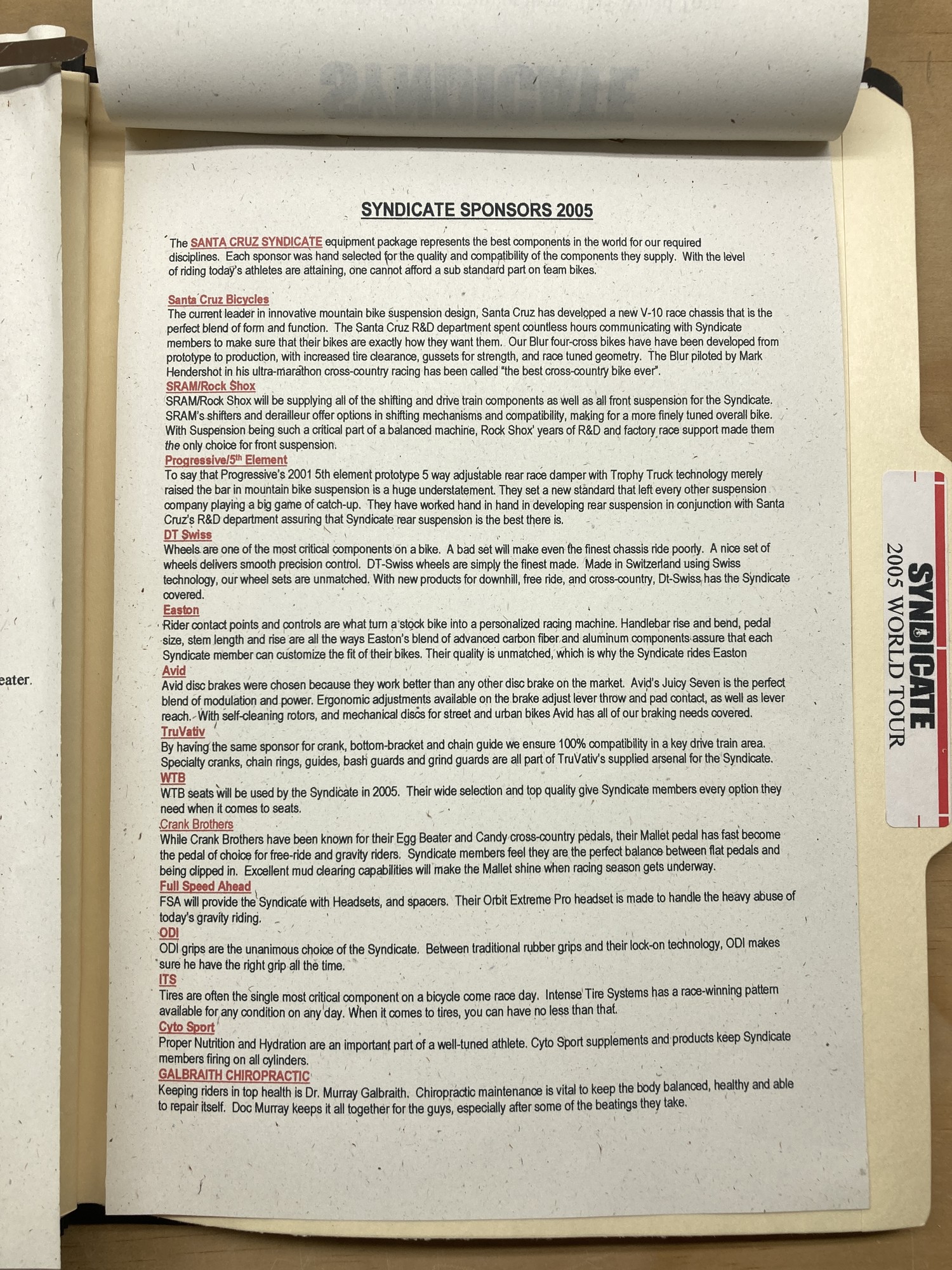 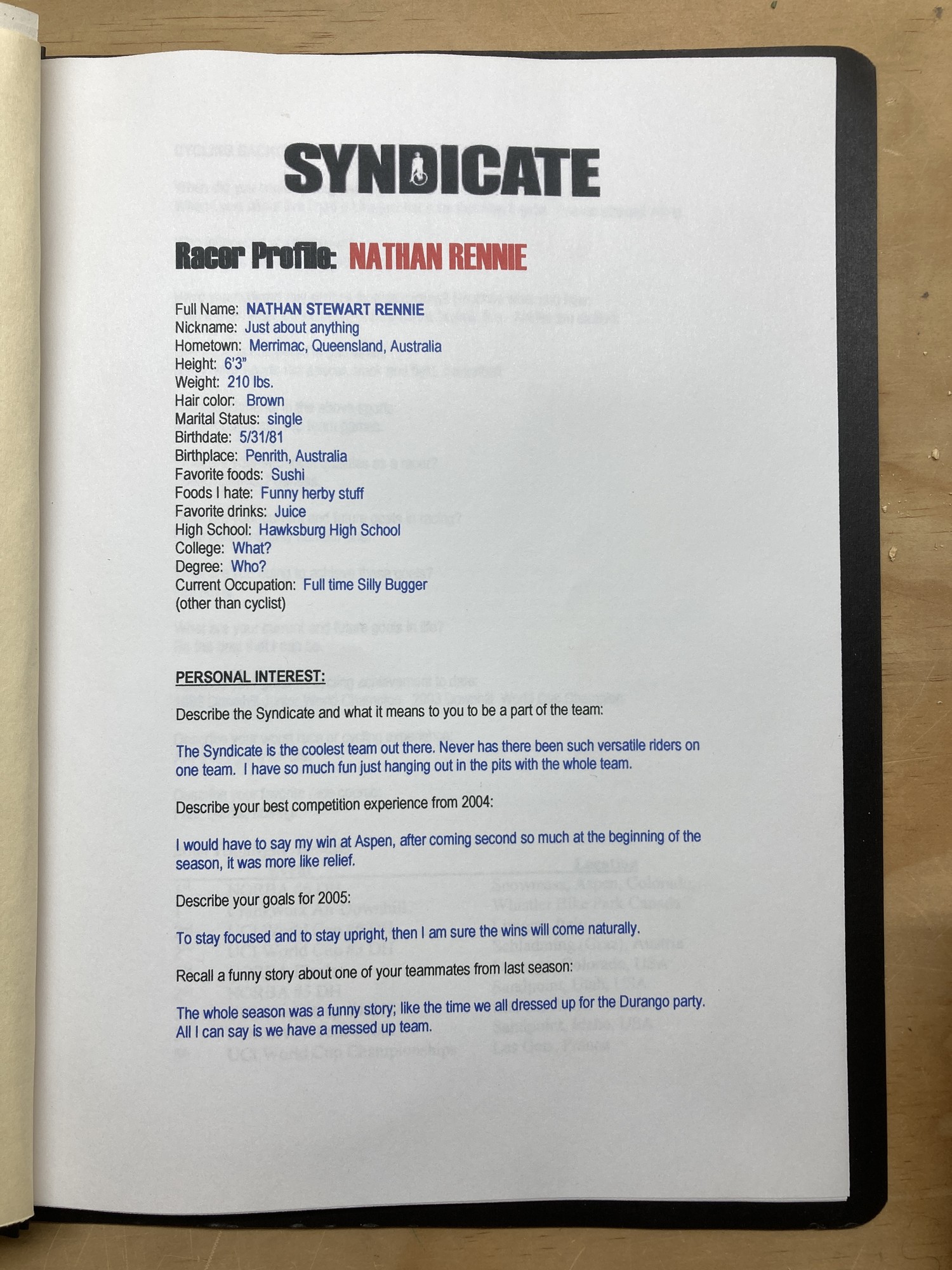 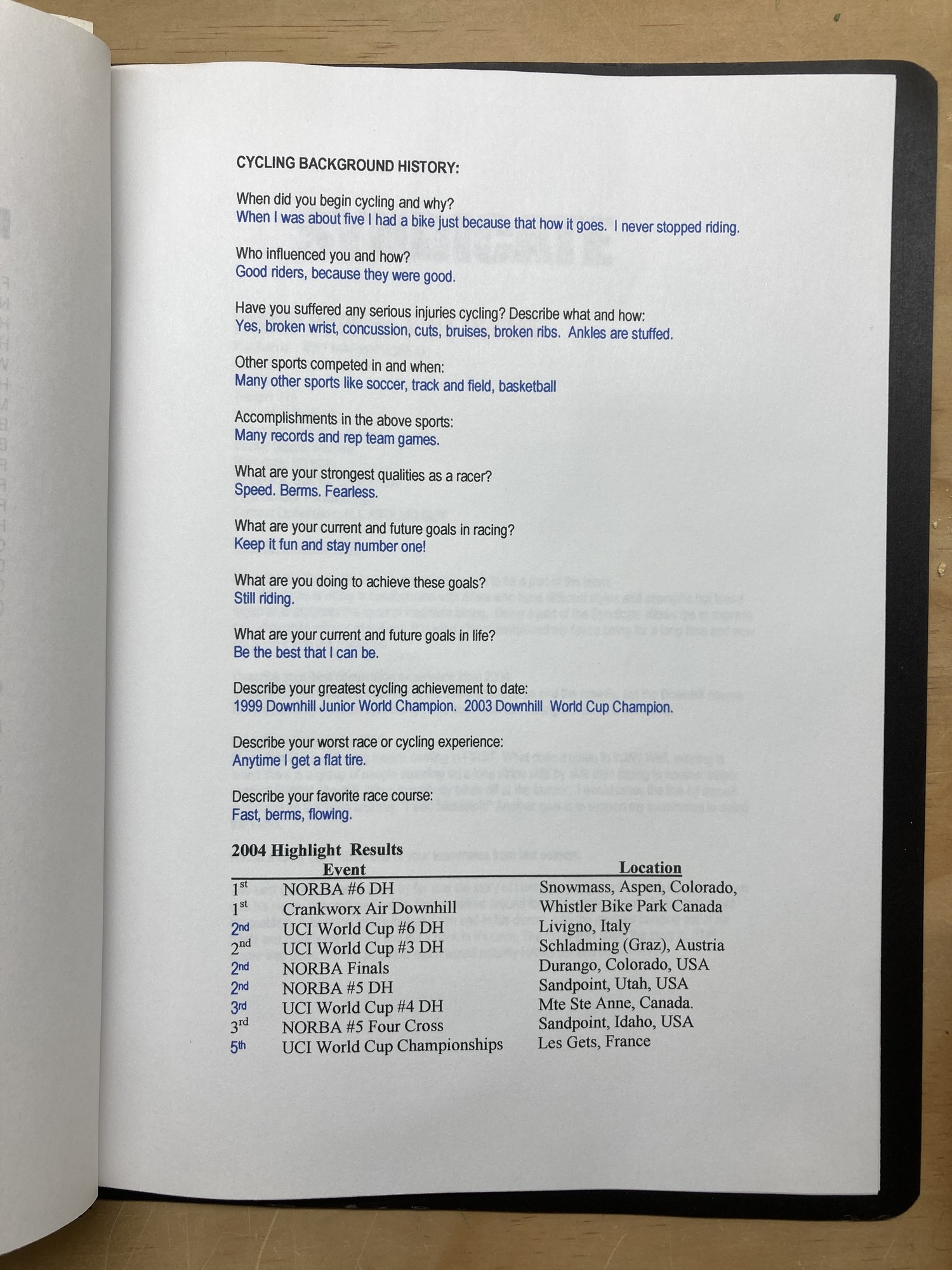 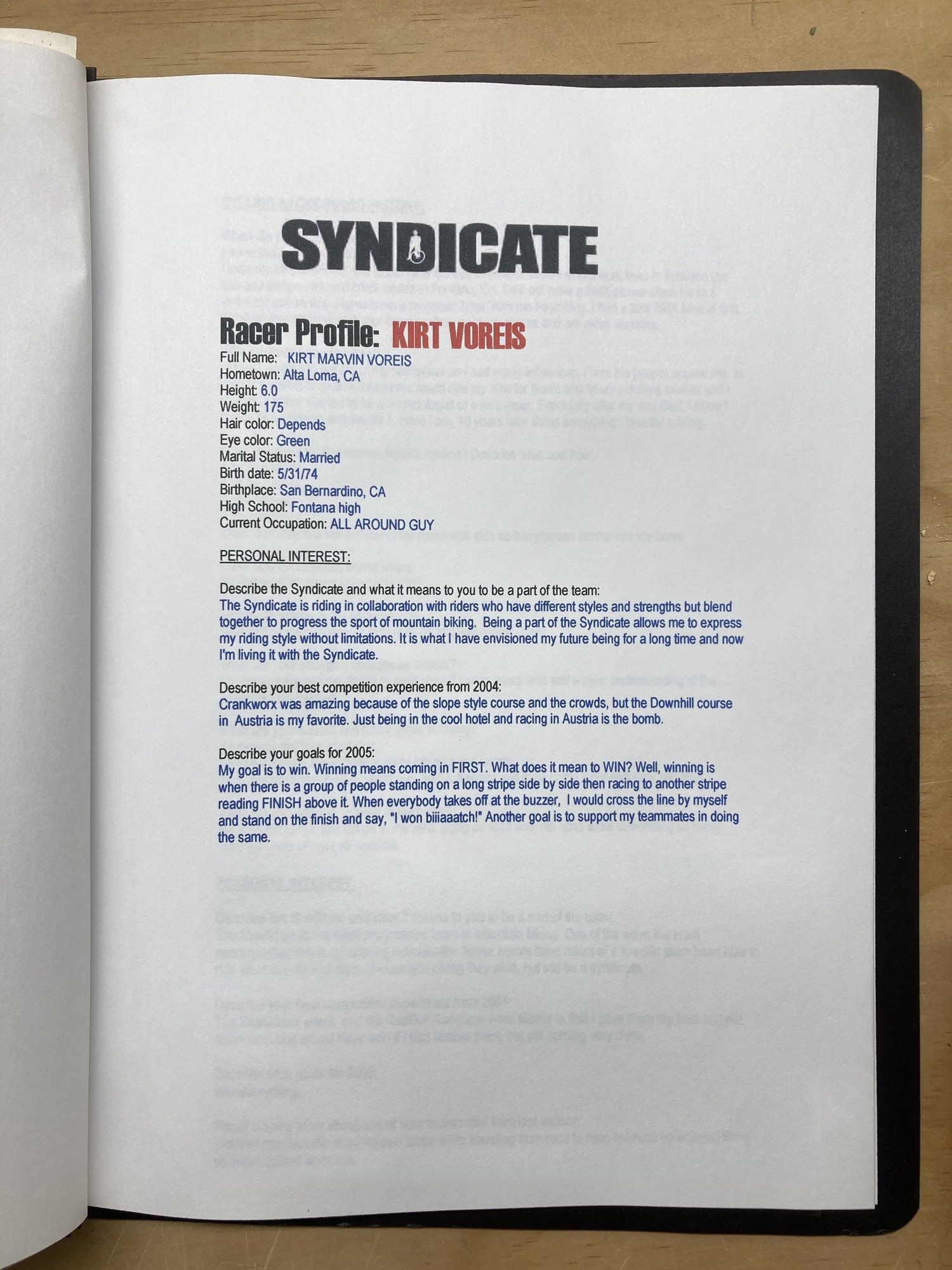 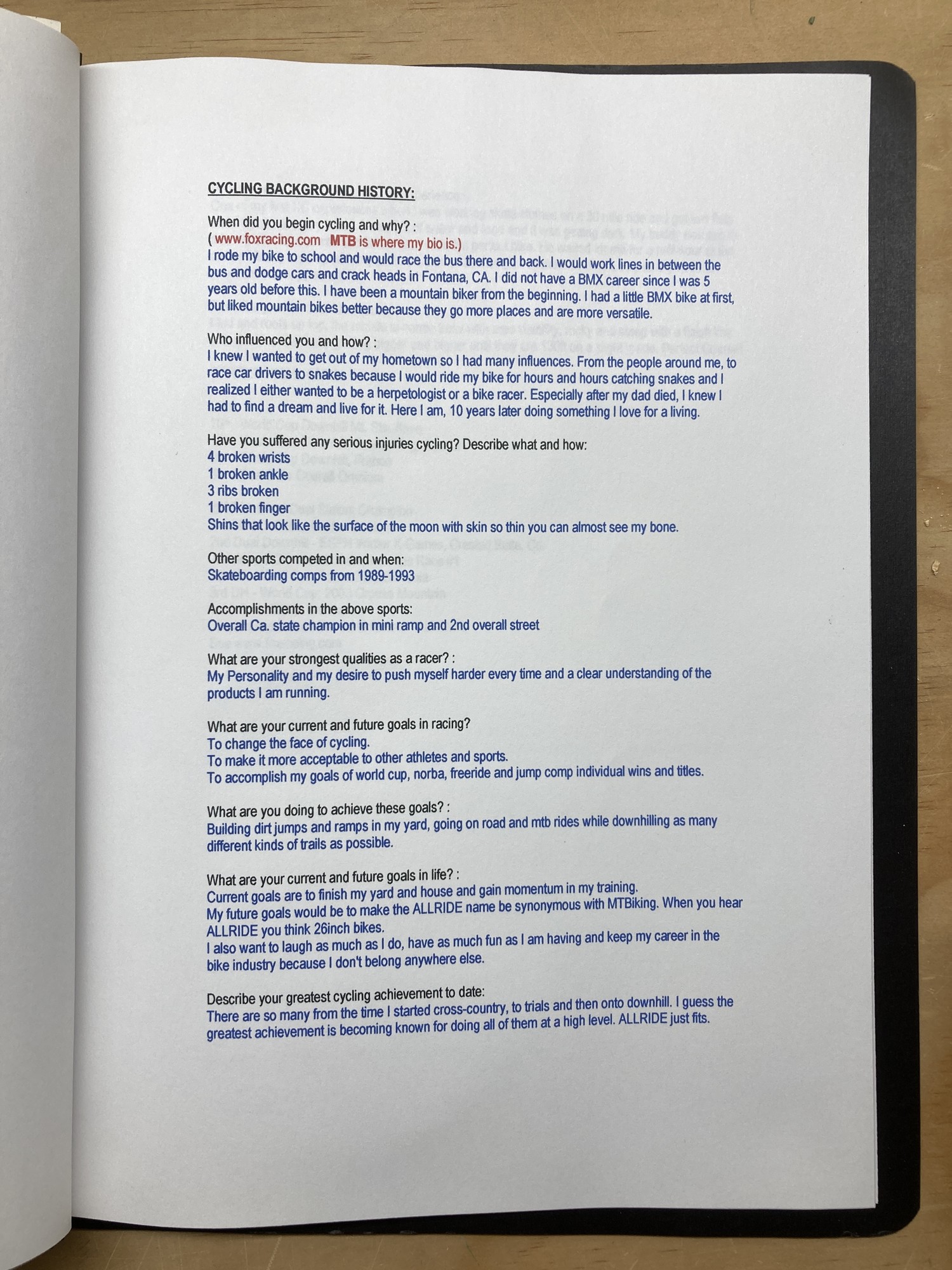 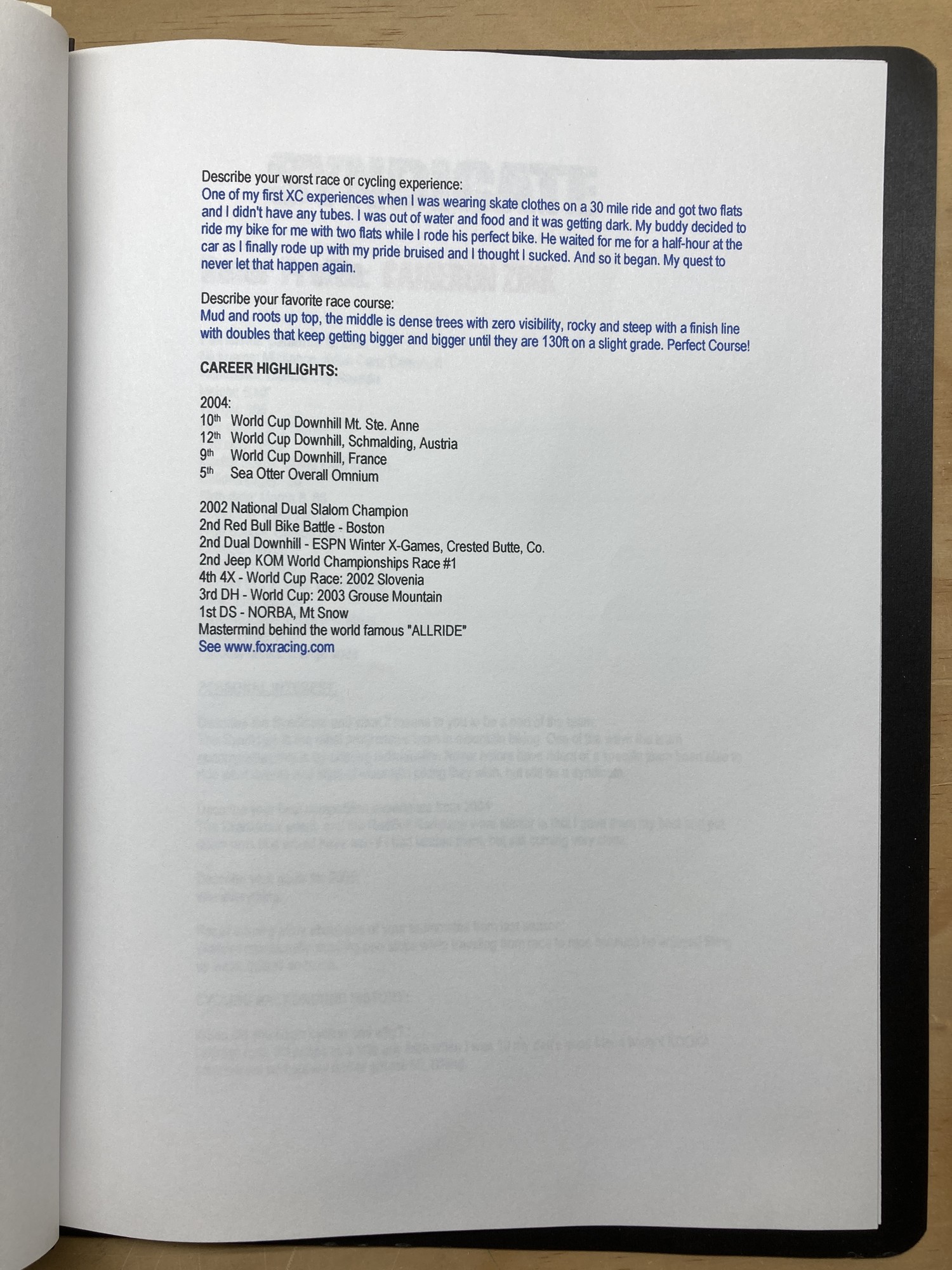 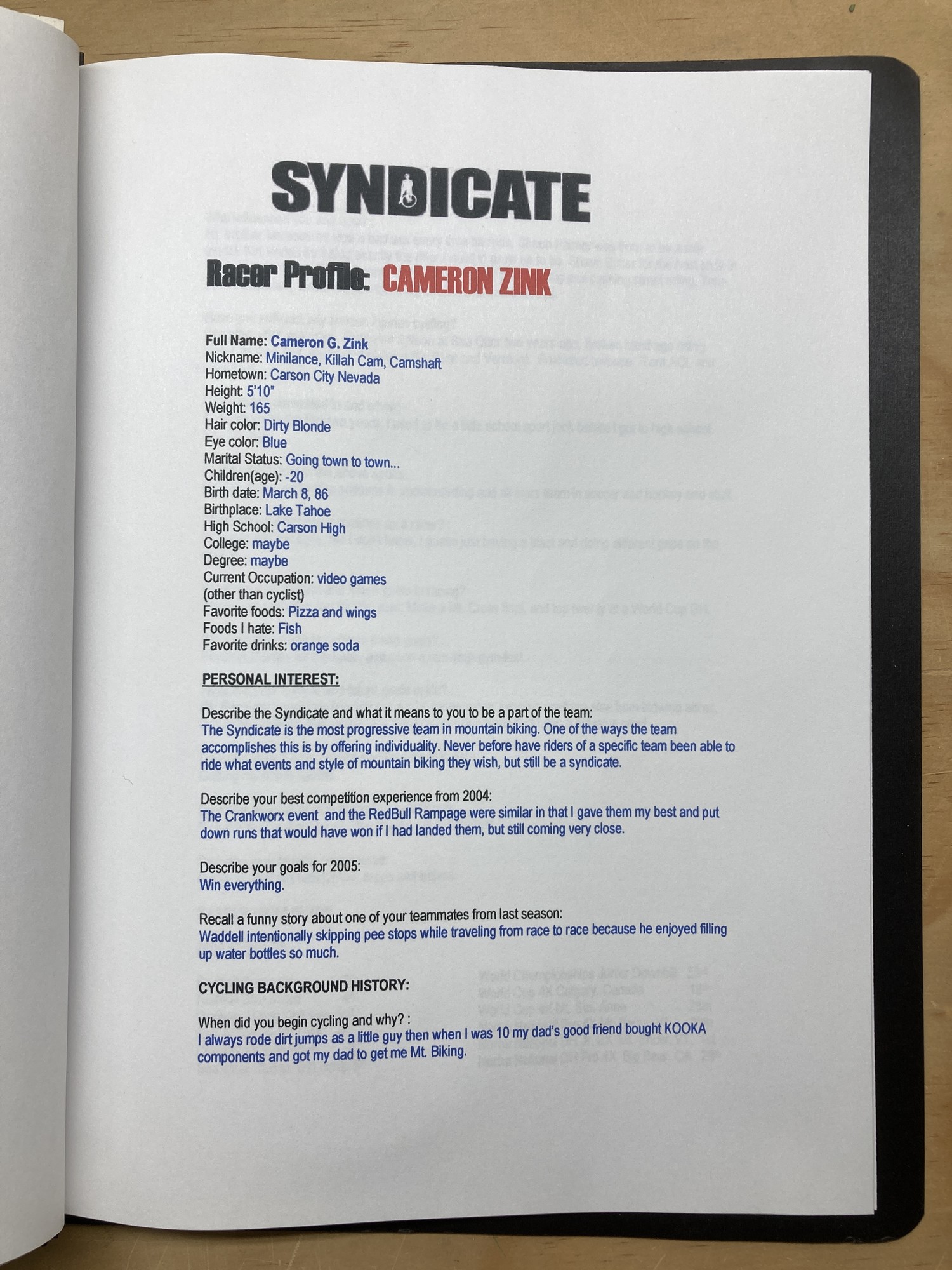 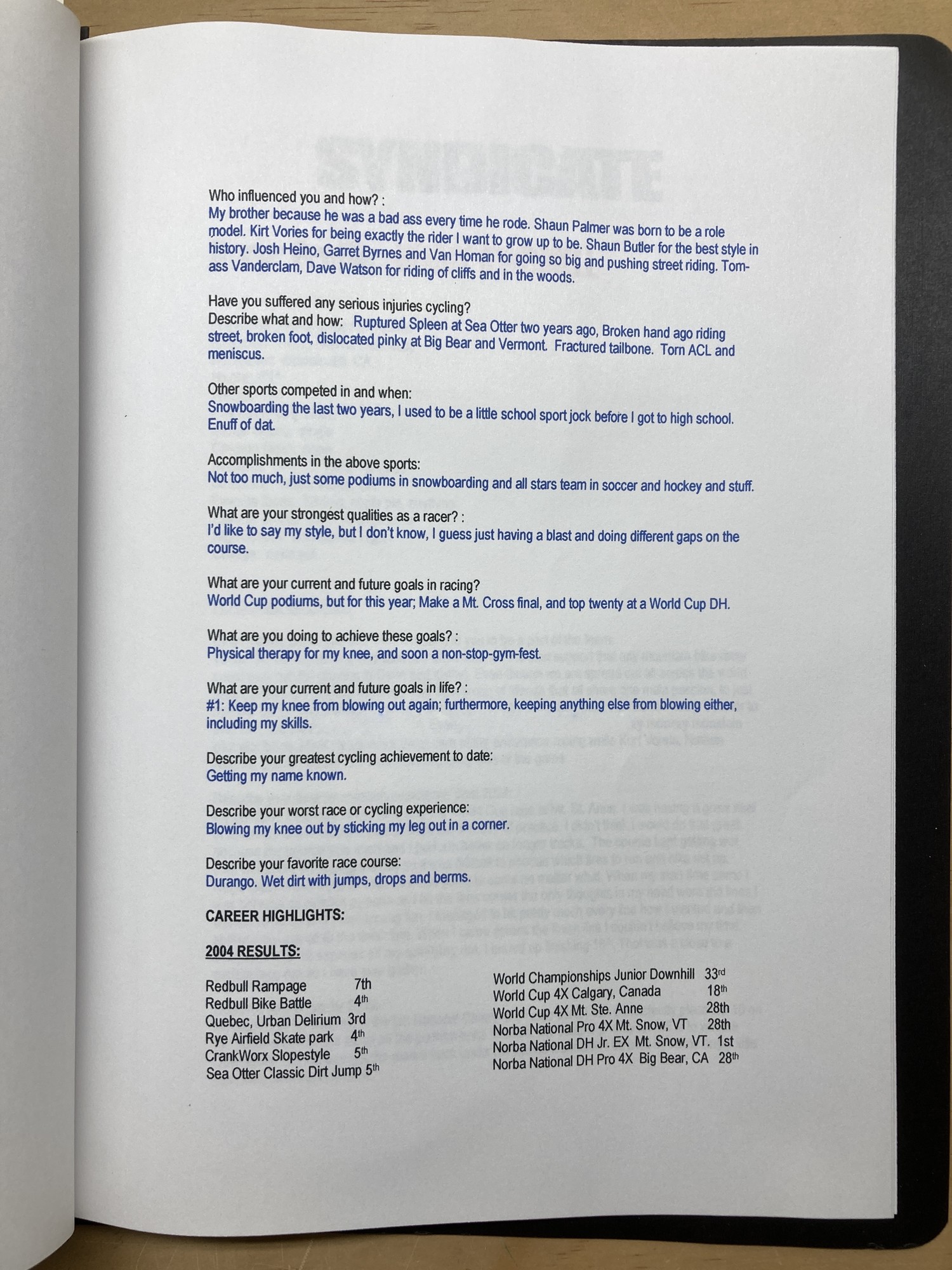 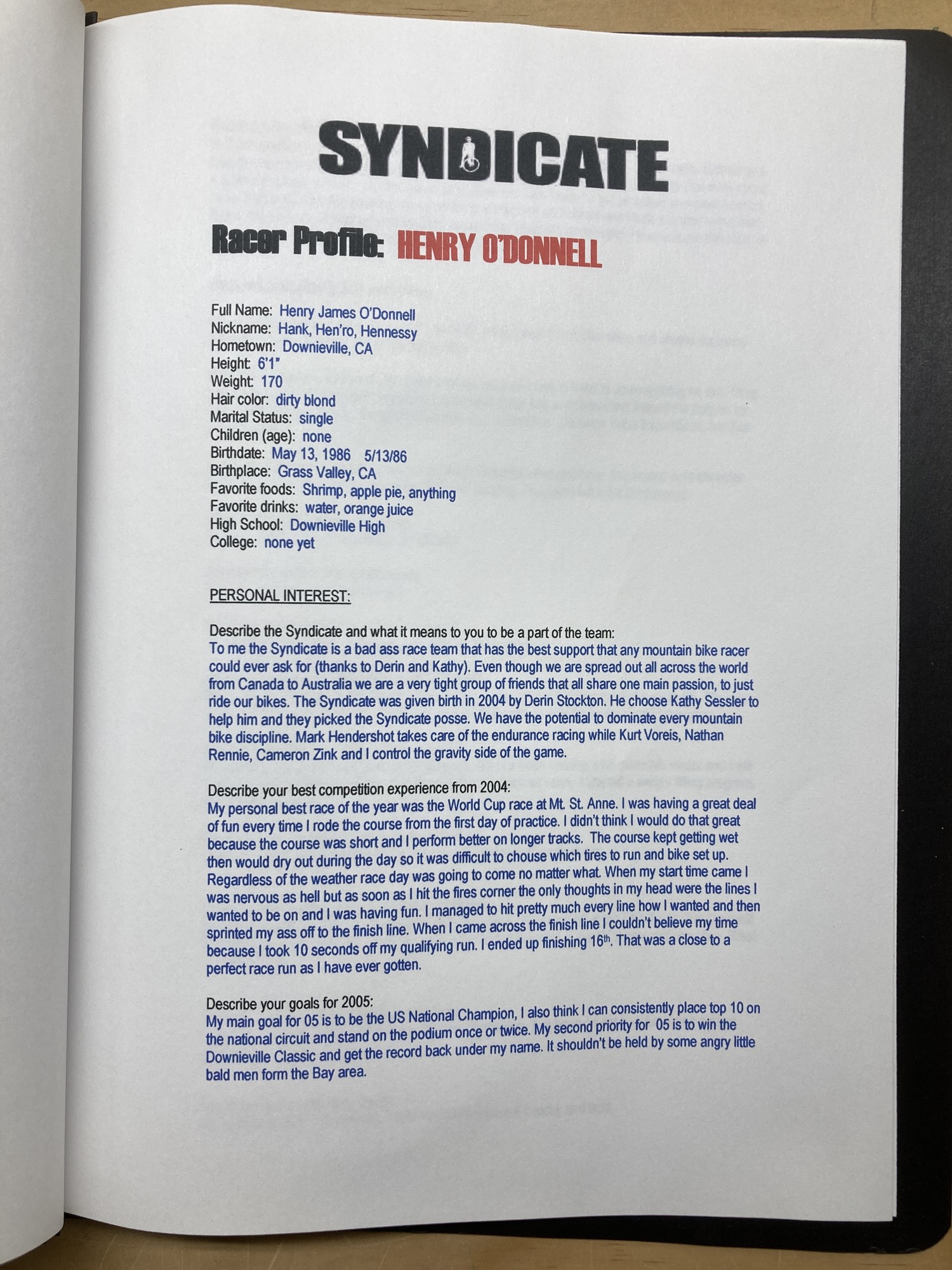 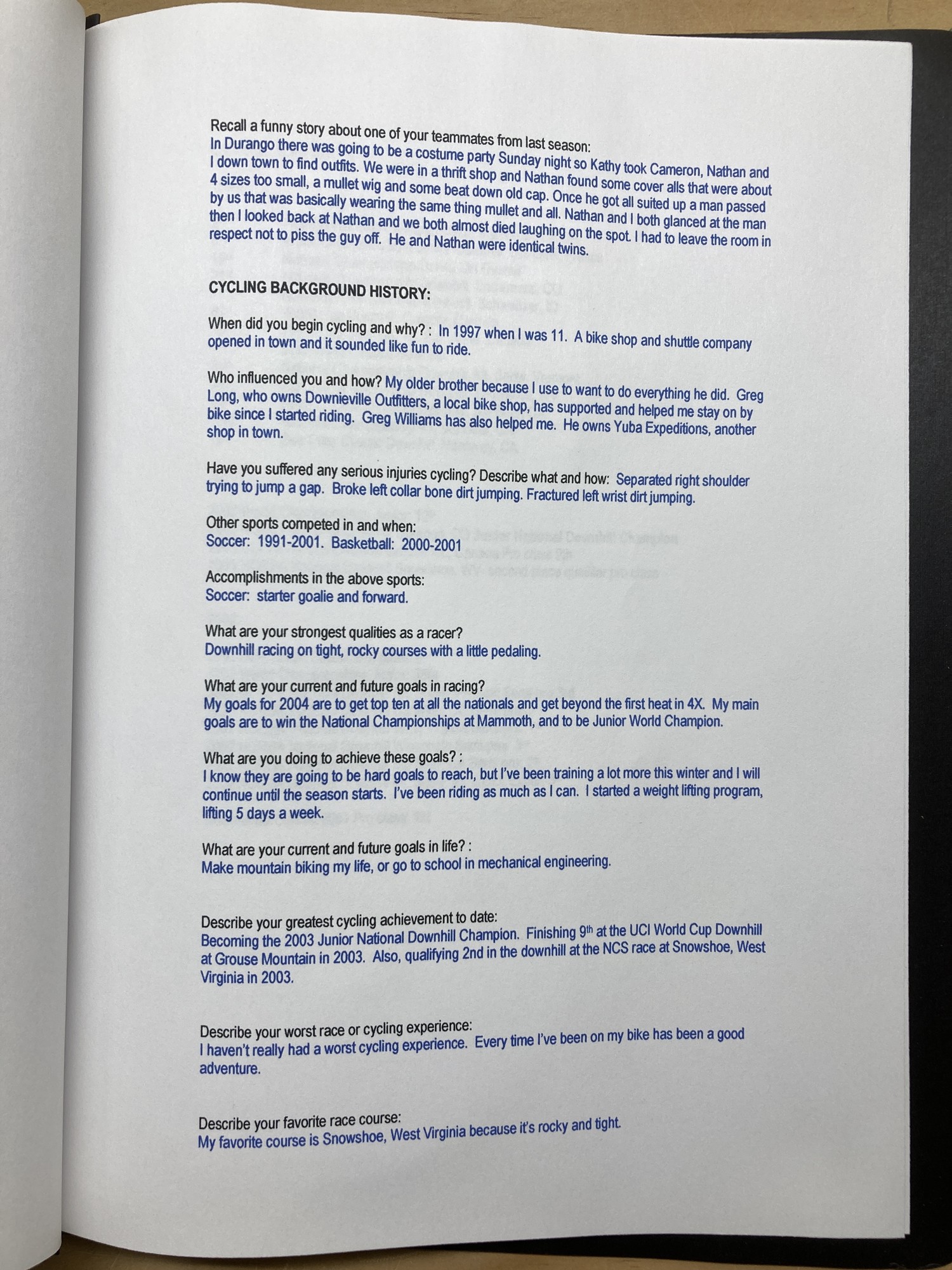 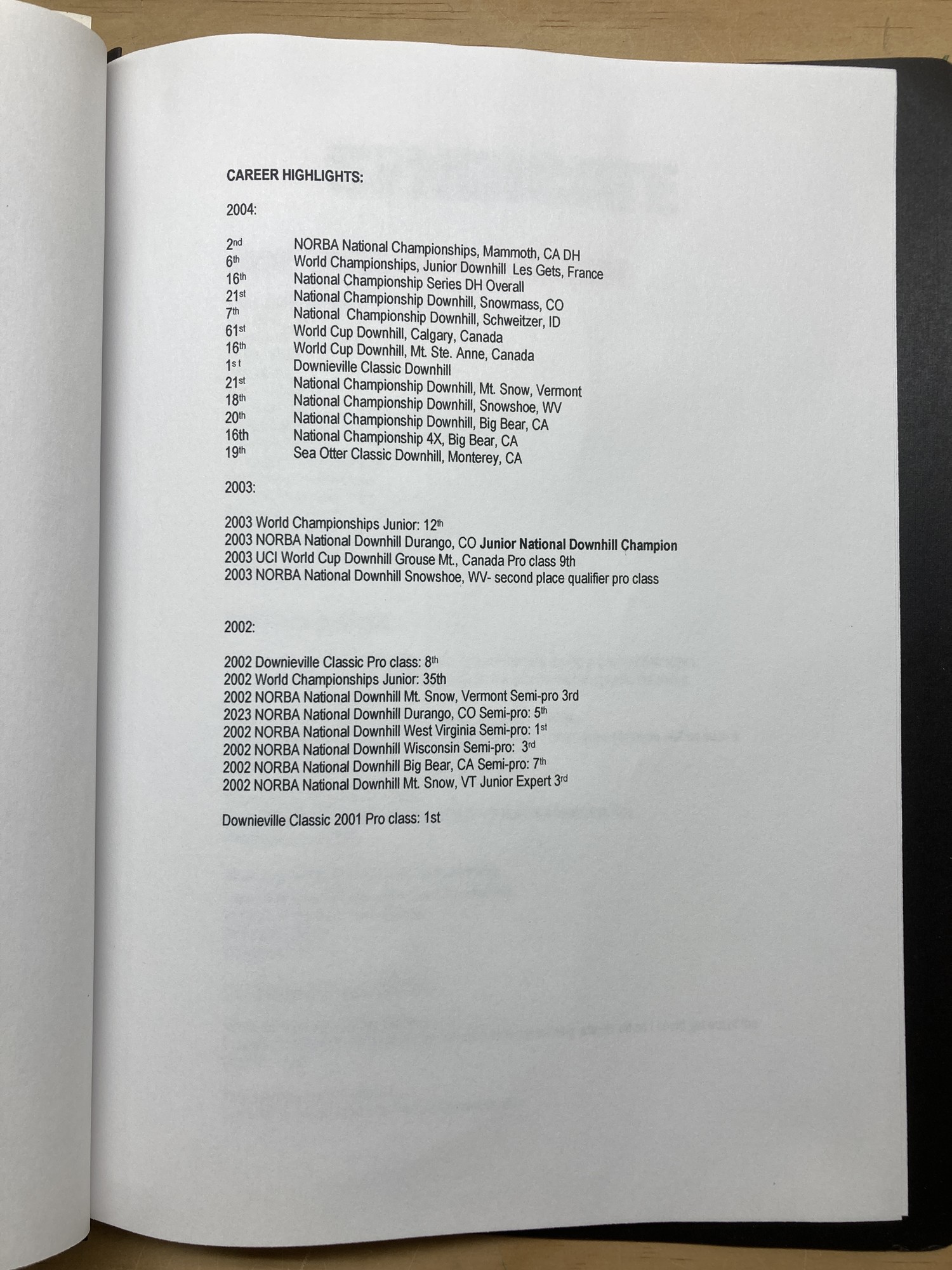 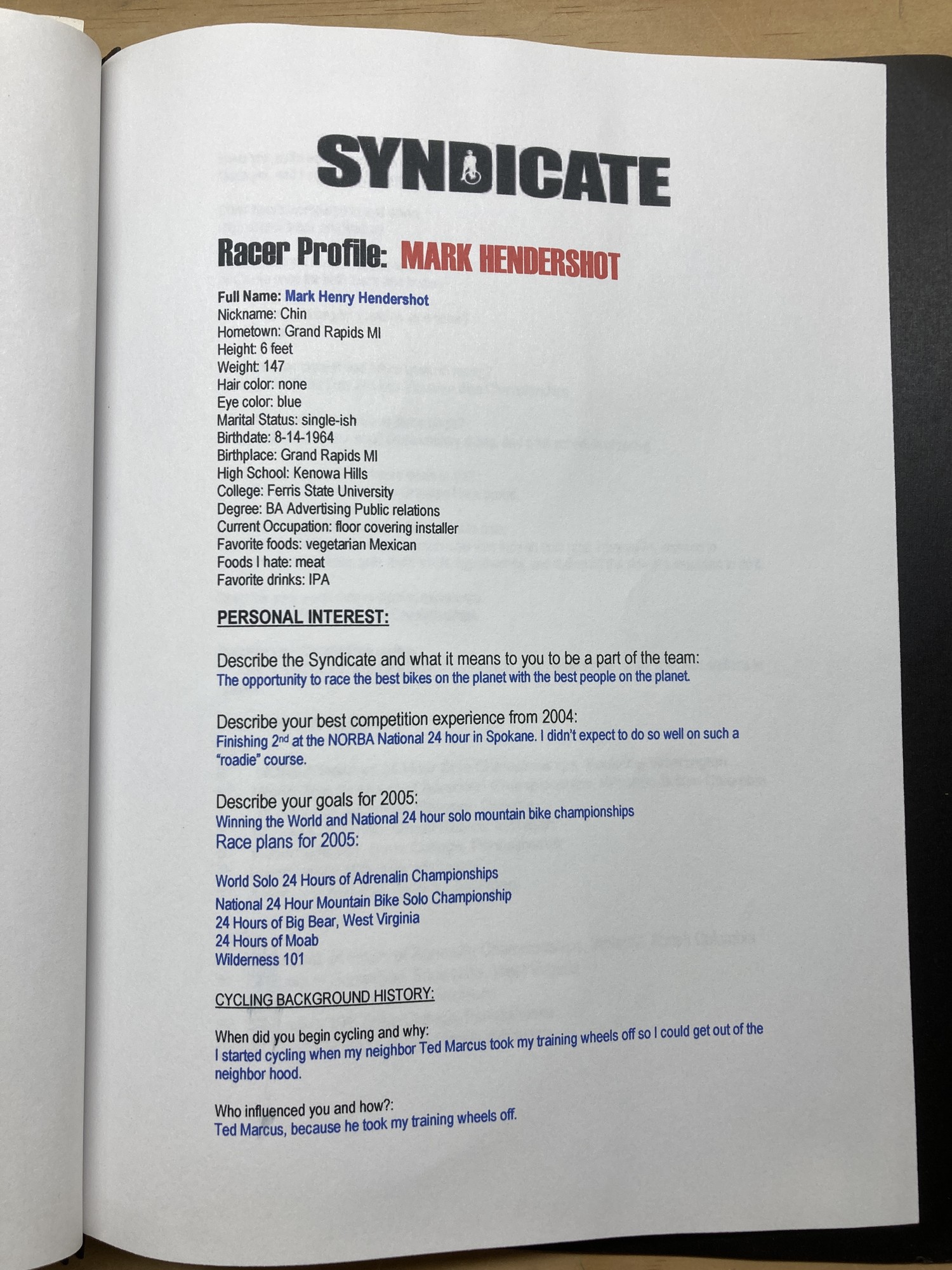 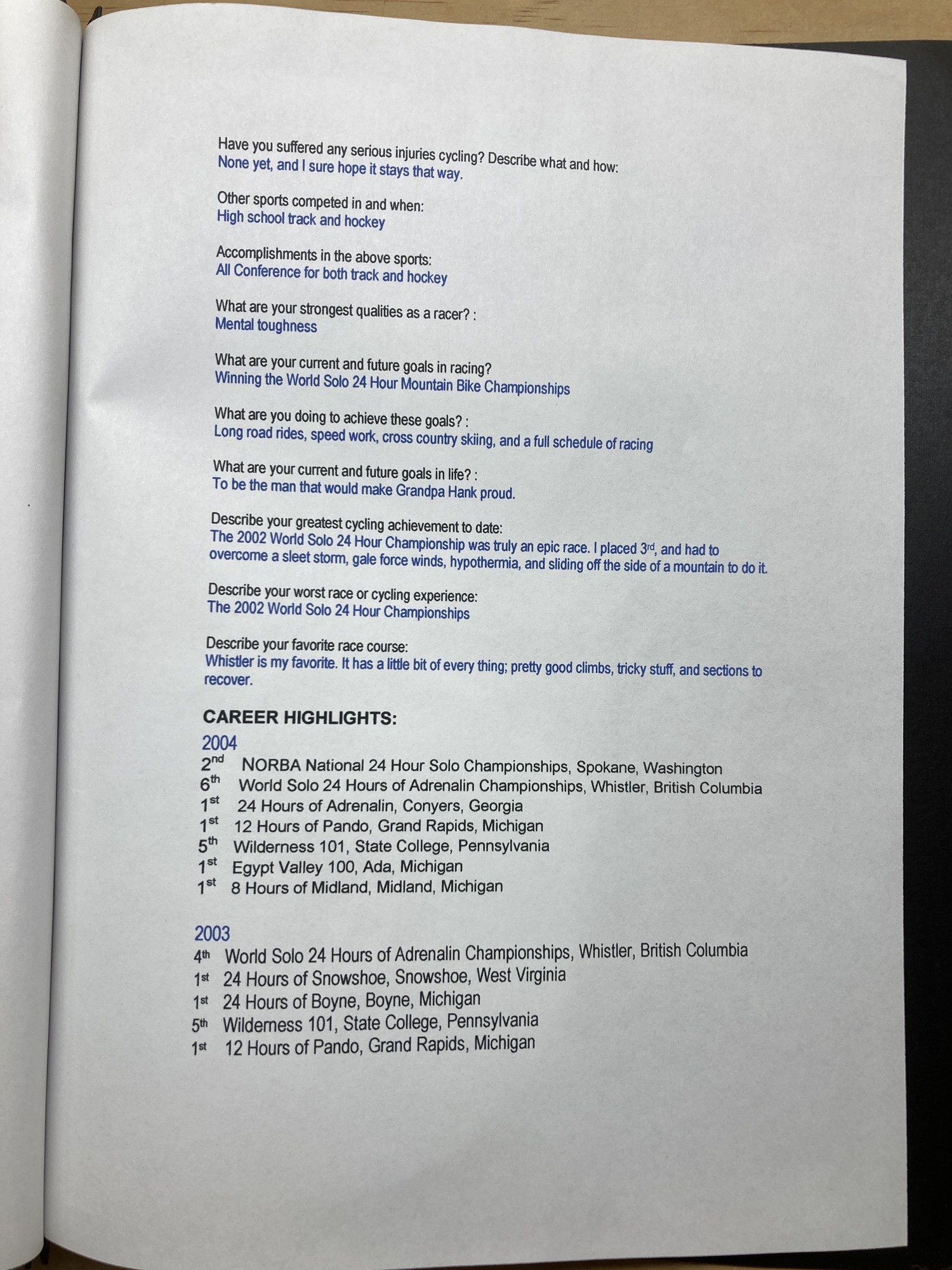