The best freeriders in the world will descend Utah's steep and wild terrain on October 27, 2017. 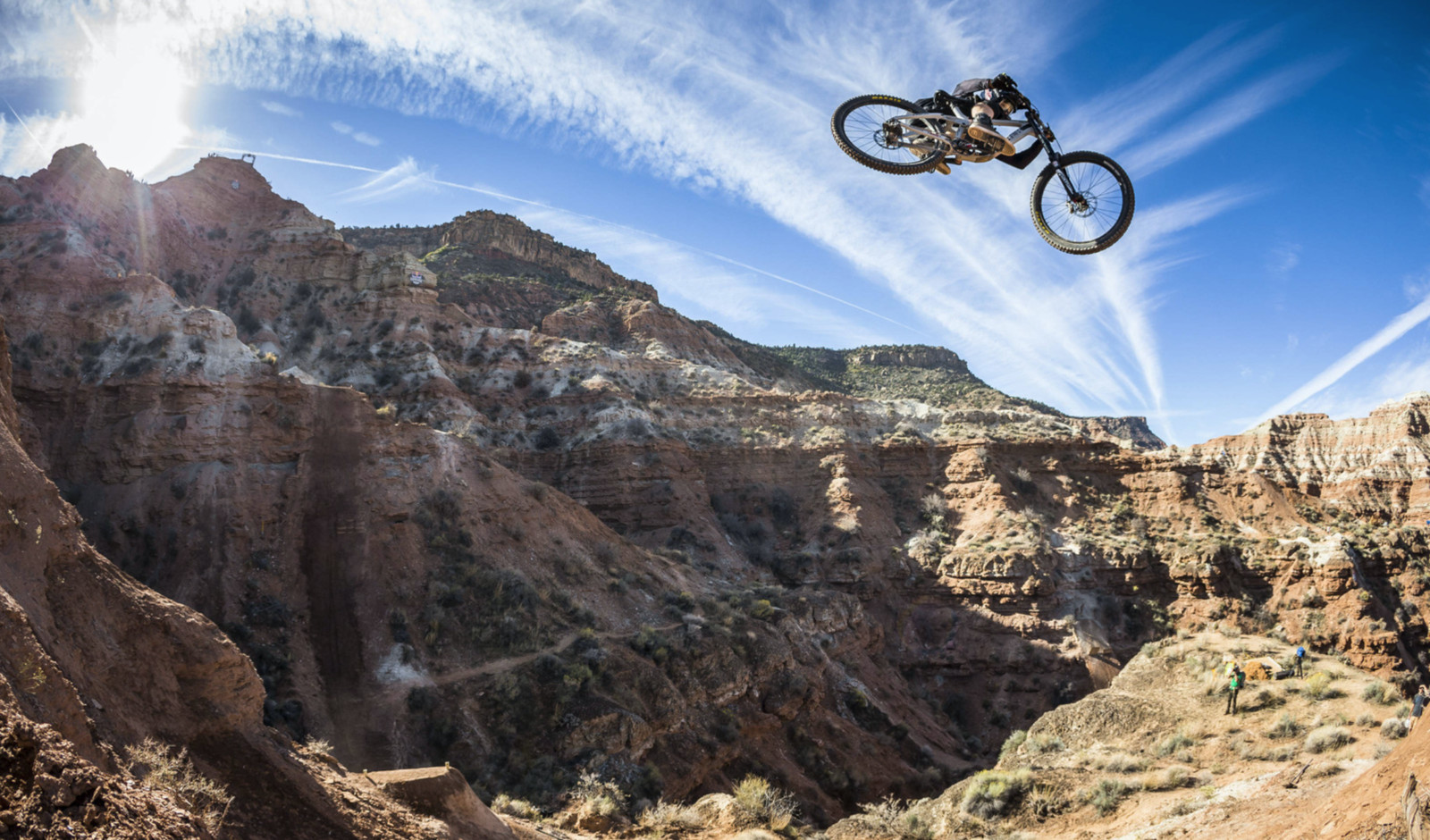 October 27 will mark the 12th edition of Red Bull Rampage where 21 of the world’s greatest freeride mountain bikers will descend upon Virgin, Utah’s other-worldly terrain. Brandon Semenuk, Kurt Sorge and Kyle Strait have been invited back as part of the Pre-Qualified roster, having all taken home the gold twice in years past, setting them up for the potential hat trick this year.

To make things even more interesting, a new ridgeline will be added to the venue, which sits rider’s right of the existing terrain from last year’s event. Building upon the new and improved format from last year the elite group of 21 riders create their own personal man-made line down the mountain without the use of power tools — no two riders' path down the near-vertical sandstone will be the same. Riders, along with a two-person build crew, are welcomed to the event site for three days of strictly building and four additional days with their bikes in advance to carve out their journey in one of the biggest tests of skill and nerve in the world.

Invited wild card and alternate athletes to be announced.

Rampage airs as part of the Red Bull Signature Series, a collection of the most progressive and innovative events in action sports. Fans can watch the event live on Red Bull TV or as a highlight program on NBC Sunday, December 24. The event is supported by BFGoodrich Tires, Utah Sports Commission and Lifeproof. More information about exclusive spectator tickets and event experiences will be announced in the coming weeks.