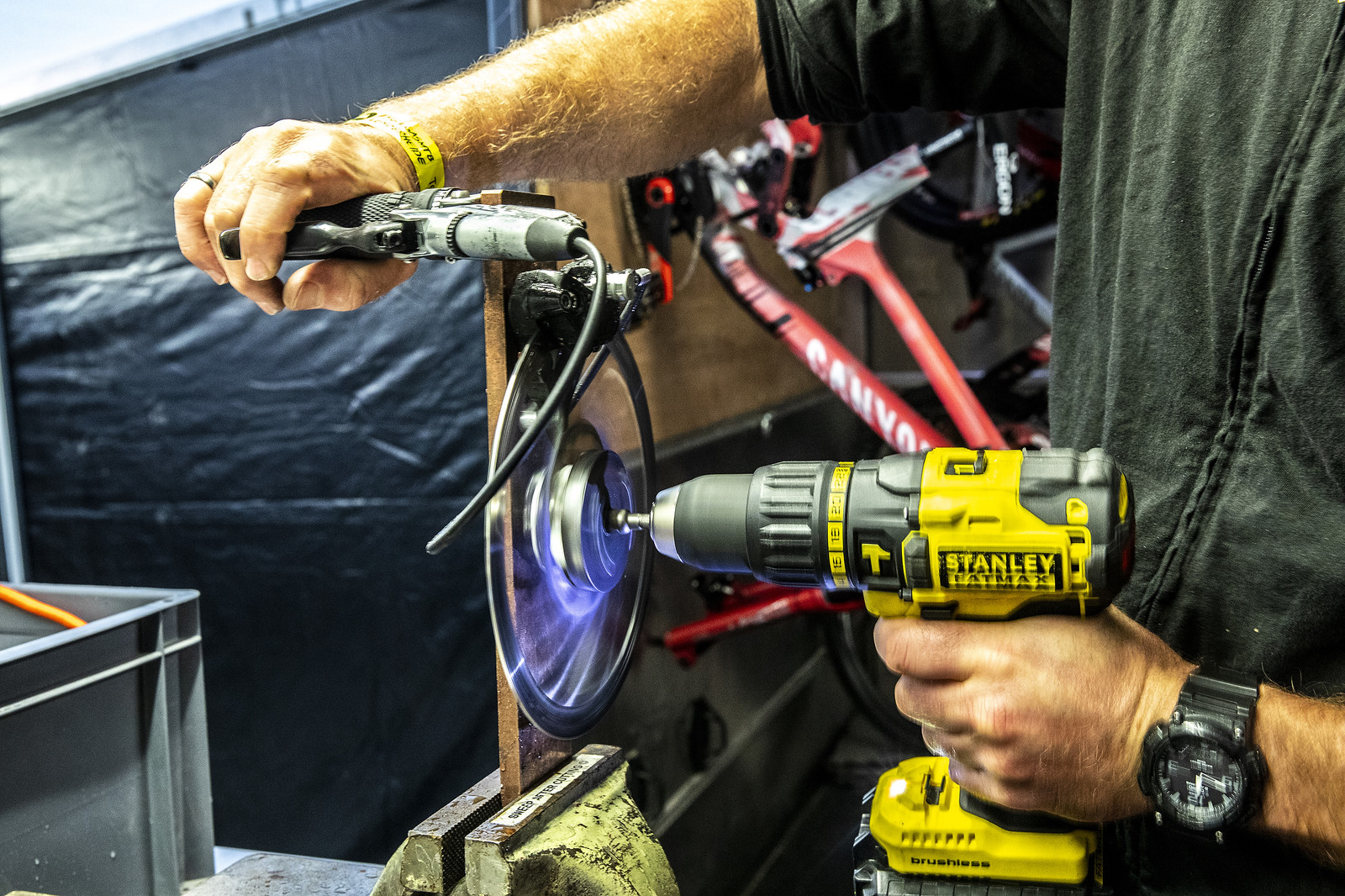 Nigel Reeve, mechanic for Mark Wallace on the Canyon Factory Racing team, has been around the block. Wrenching for the late, great Steve Smith, Nigel knows how to make a downhill bike hum and knows how to handle the pressure of the World Cup environment. Part of that pressure is managed through preparation. Weather and course conditions are often unpredictable at elite-level DH races, and being caught out with the wrong tires or wrong bike settings can mean the difference between a podium and a throw-away result, not to mention injury.

Photos and interviews by Sven Martin 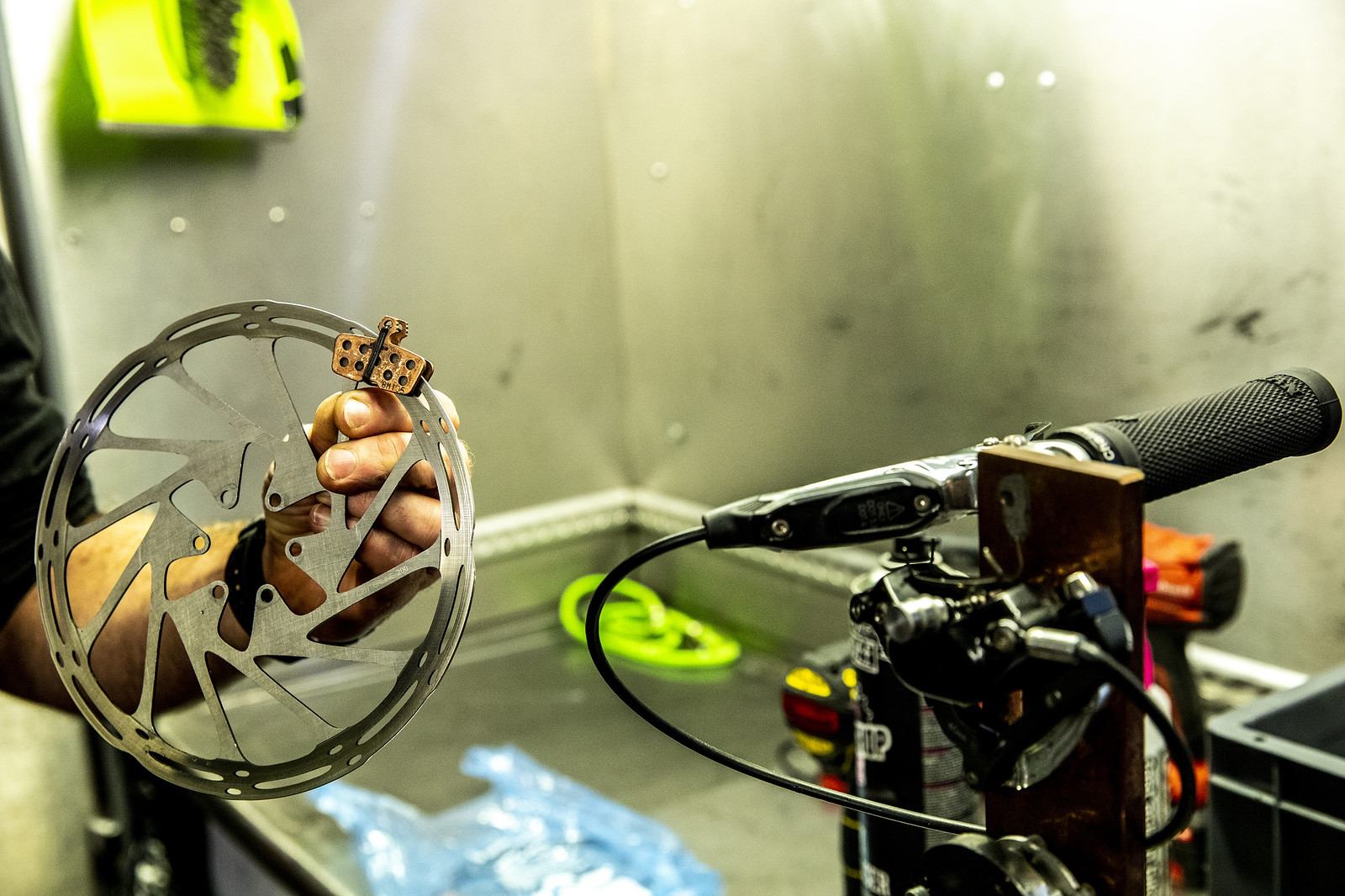 Sven Martin had a chat with Nigel in the pits of the Lenzerheide World Cup. Sven somehow missed Nigel's glorious DIY brake-bedding contraption in our Vital RAW from Leogang, but managed to make up for it in disbelief when he saw it today.

Using a drill and some spare parts from the bin, Nigel has found a relatively easy way to prepare disc brake pads and rotors for instant race use. If you're unfamiliar, brand new disc brake pads and rotors need to be bedded in.  The initial sheen and polish from production is basically burned off by getting the rotor moving while heavily applying the brakes for short bursts. Once bedded in, the pad and rotor materials work together to create maximum friction and bite when the brake lever is squeezed, stopping the bike wheel and rider. Without bedding in the brakes, the bite is not strong enough to stop the rider and bike quickly. Eventually the brakes will most likely work properly without bedding, but you don't want to be charging a World Cup Downhill run on brand new brakes or pads that haven't been prepped. 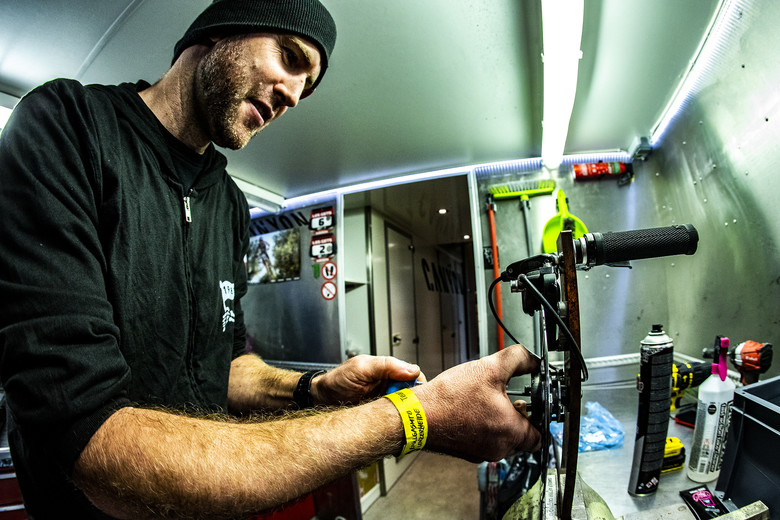 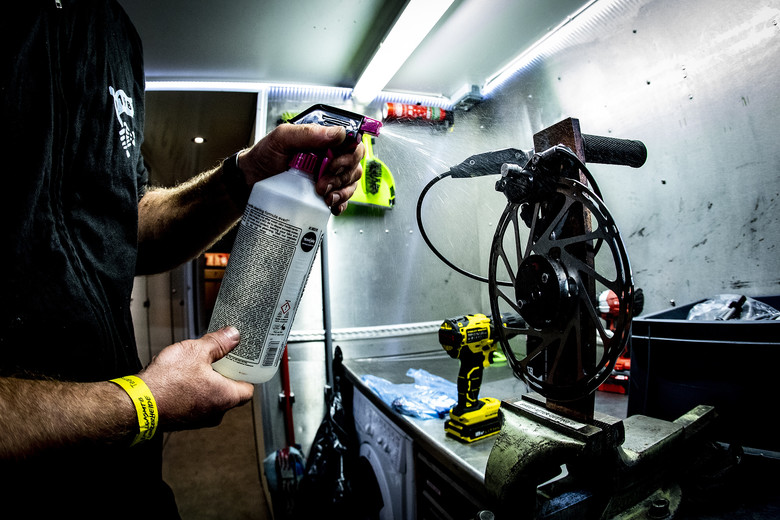 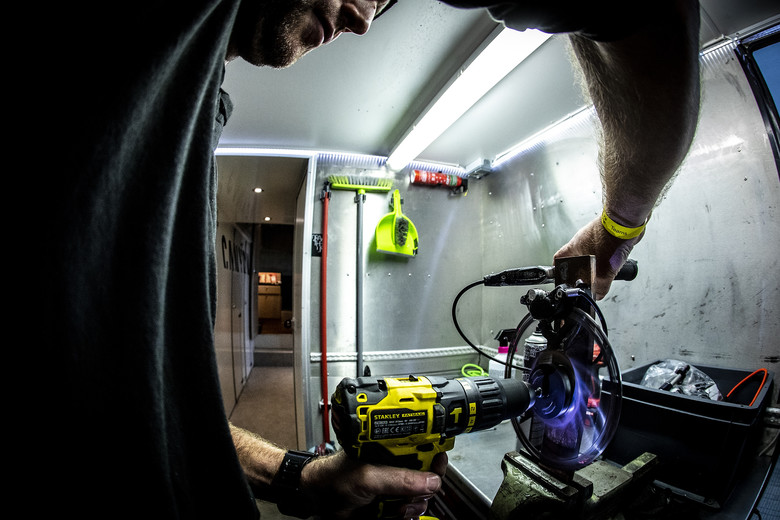 There are a variety of techniques used to bed in brakes that usually look like pedaling around the parking lot with the brakes squeezed to full potential. It's not fun to do, it's tiring and it's time-consuming when you're at a race. Nigel avoids the parking lot sprint-to-brake-drag with his handy invention. In Lenzerheide, he has three wheelsets ready for Mark Wallace, all with rotors ready to rip. If Mark burns through those wheels for some odd reason, Nigel can slap some new pads and a rotor into his contraption and have race-ready brake components prepared in no time. 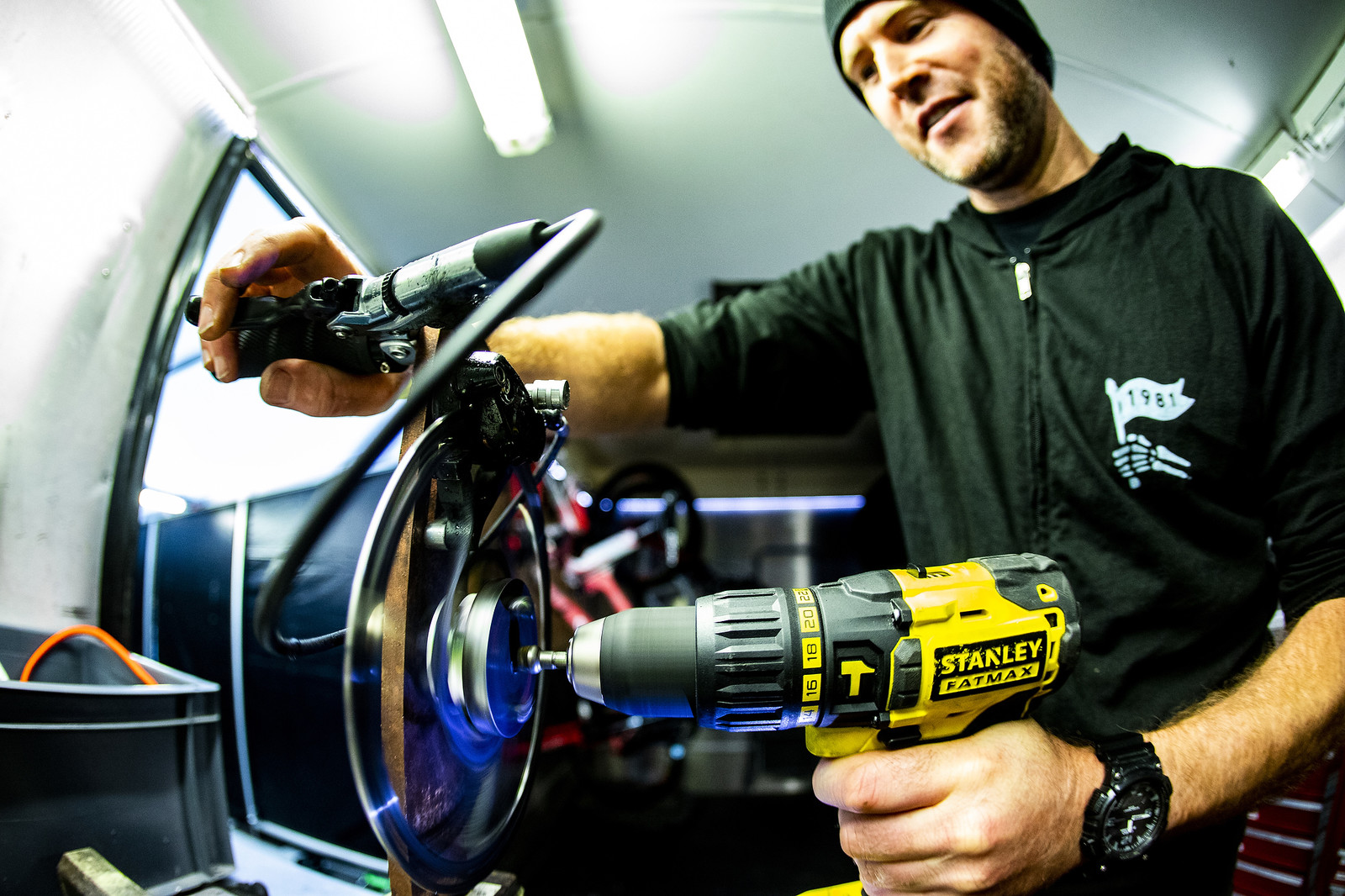 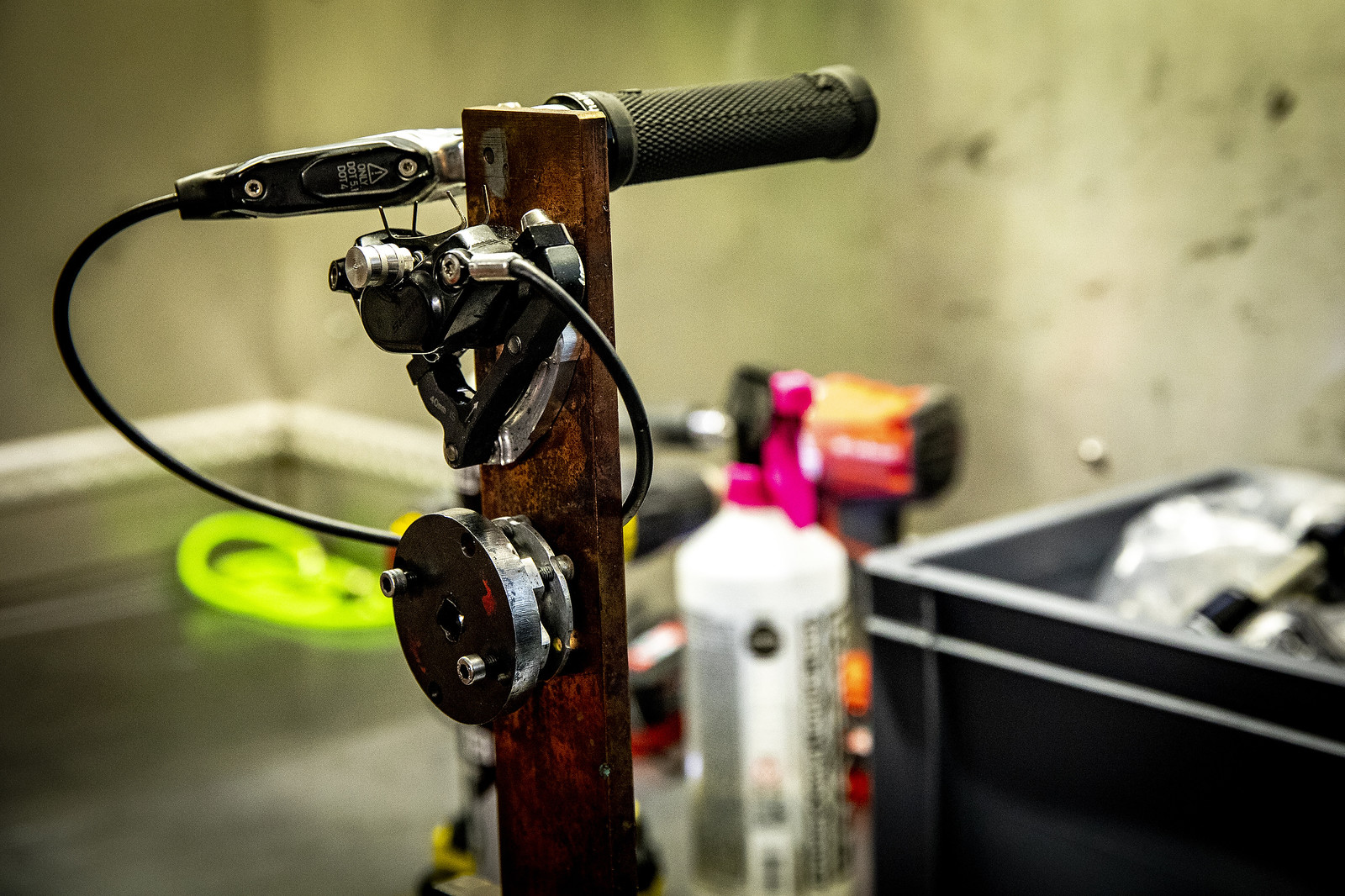 Now you may think that's where Nigel rests and goes about being a "regular" mechanic. As we all know, World Cup mechanics are a peculiar bunch and are anything but regular. When Sven asked about the thermometer in Nigel's toolbox, Sven thought the answer would be that it's just a handy little gauge for making conversation about the weather.

Nigel Reeve and why he has a thermometer in his toolbox

Nigel actually keeps an eye on the temperature in the pits to actively adjust Mark's tire pressure accordingly. Nigel says a change of three degrees C can change tires pressure by 1 PSI. Using base pressures, Nigel can make sure Mark is on the most consistent-feeling tire pressure possible throughout the day, even if conditions change.  There are few things that make our inner-bikenerd smile as hard as changing tire pressure based on ambient temperature. Yeah Nigel! 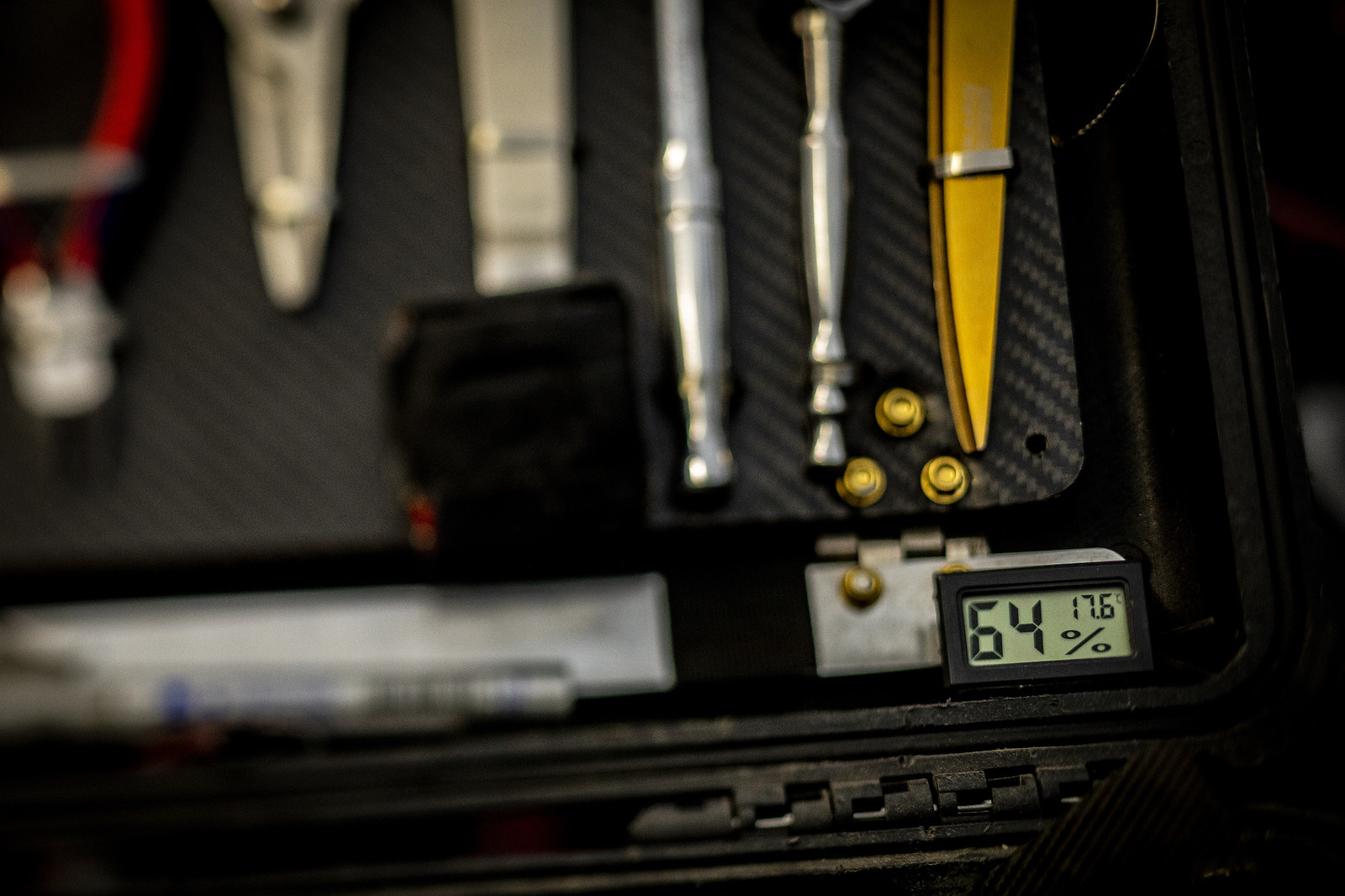 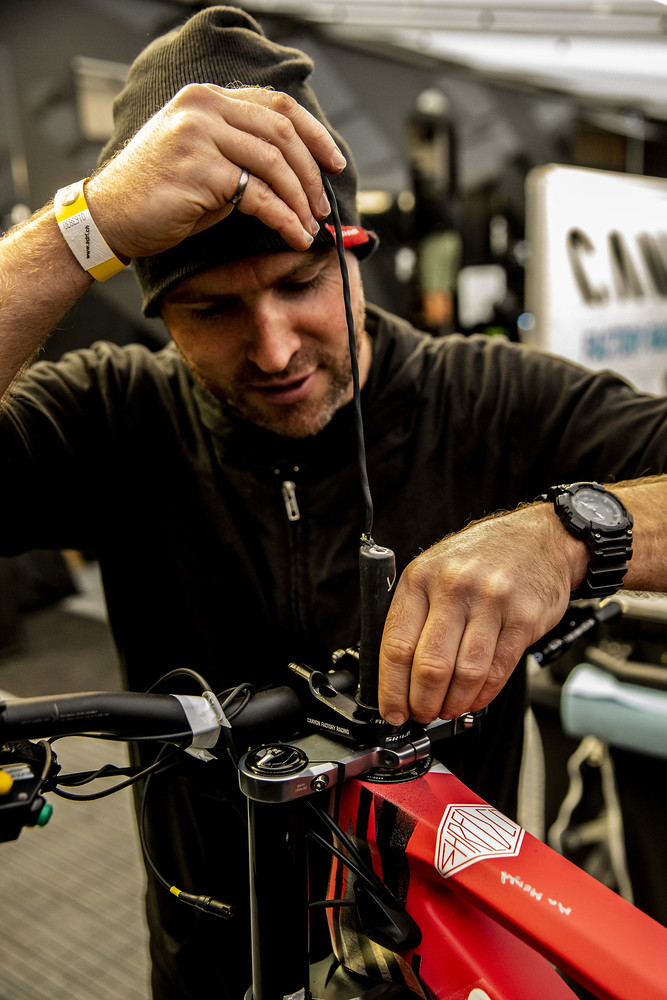 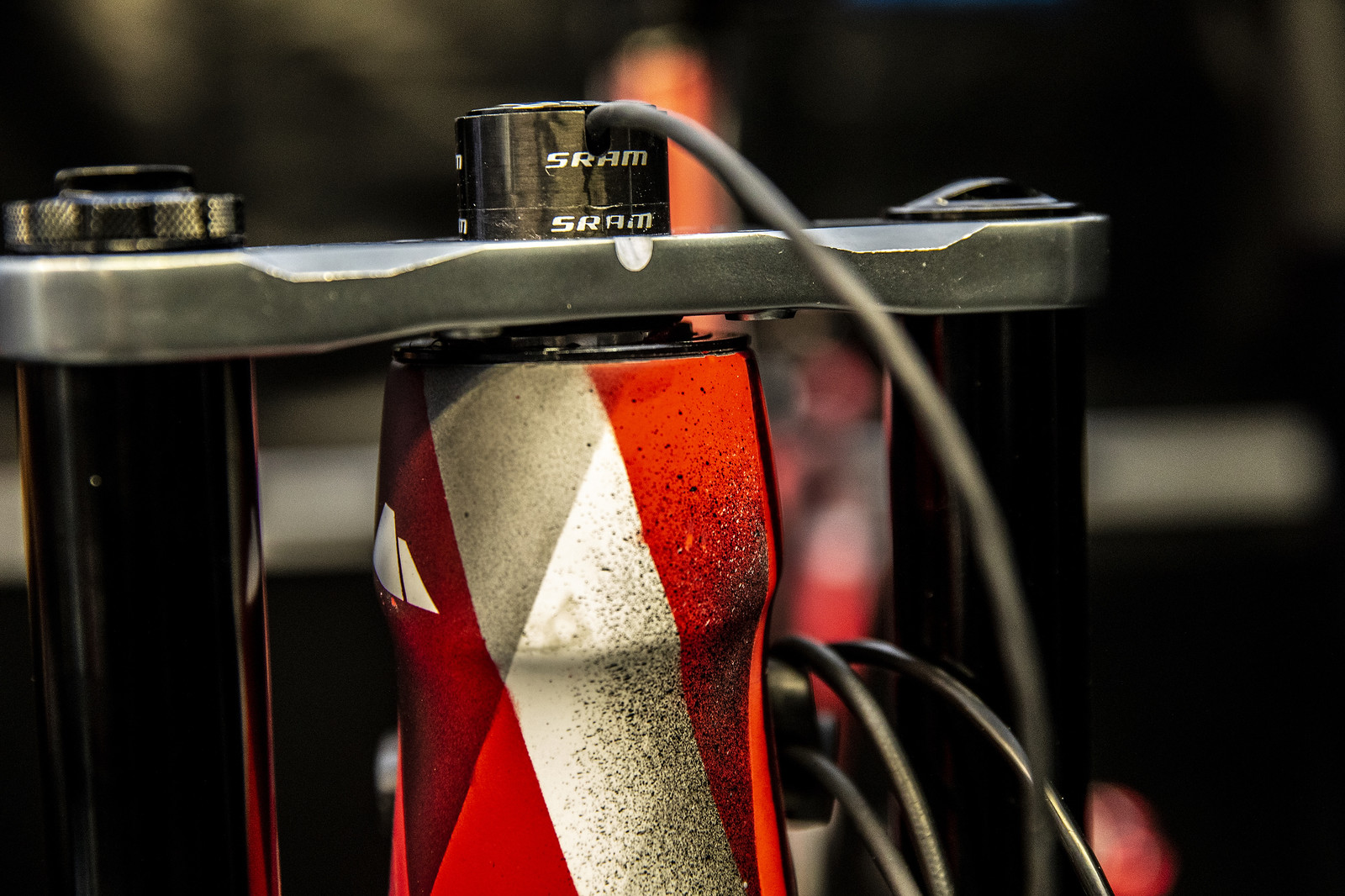 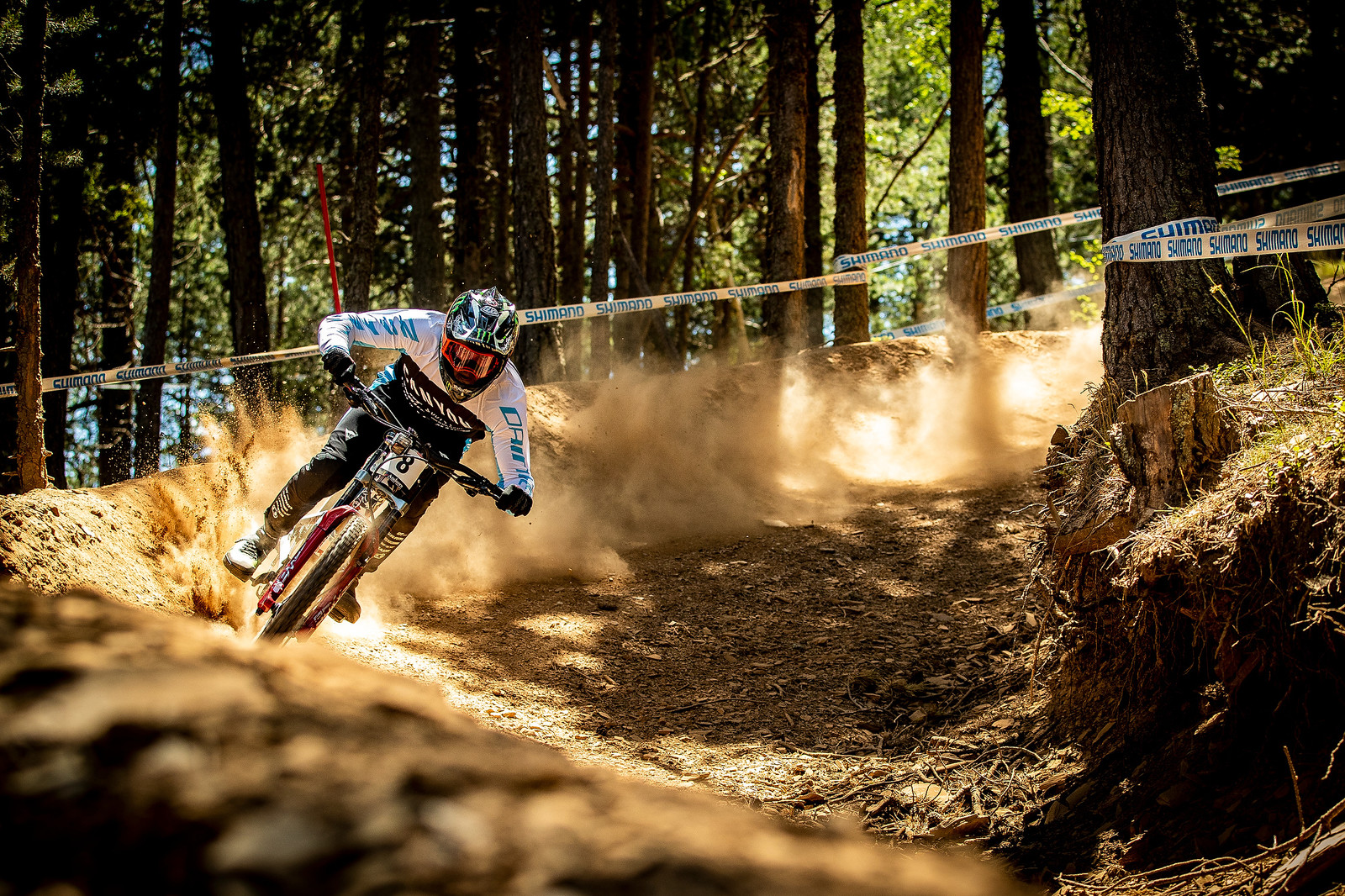