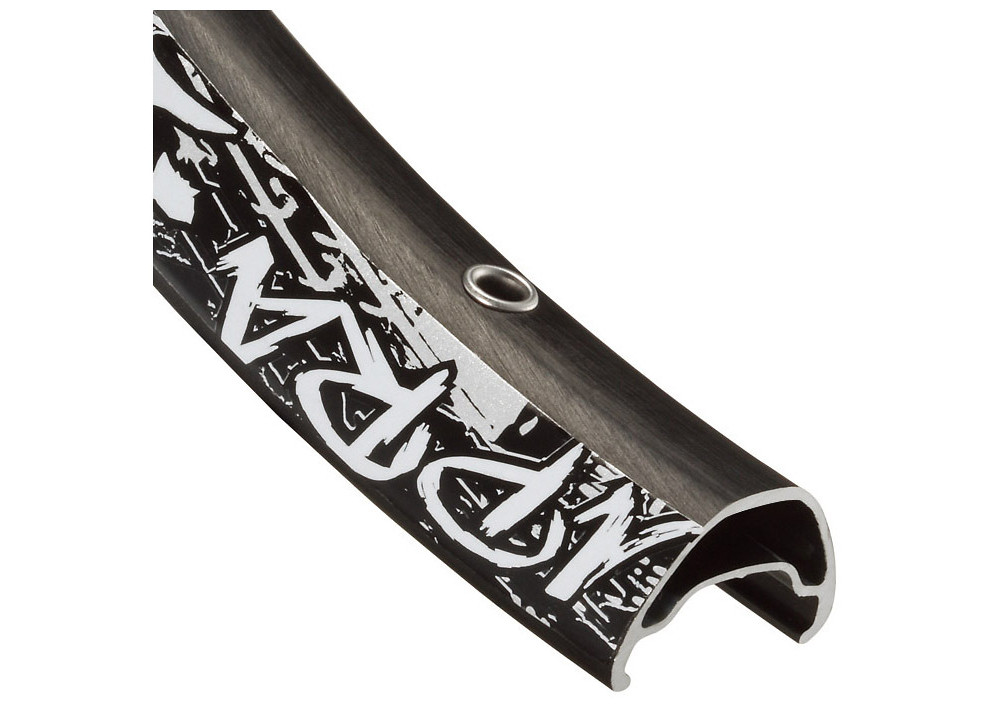 We're sure you've heard of Alex Rims - they're one of the more popular OEM rim choices for a quite a few bicycle manufactures out there. But when you finally torch said rim, you're likely to purchase an aftermarket alternative to replace it, and where is Alex Rims in that market? It seems they have finally noticed a shortcoming here and have set their sights to expand further into aftermarket sales, specifically in North America and Europe. We were given the chance to lace up one of Alex's latest gravity offerings, the Supra30 rim. With an external width of 30mm and weight better than many other high-end rims that sell for almost double the price, could these be a new leader in the race day wheel game? 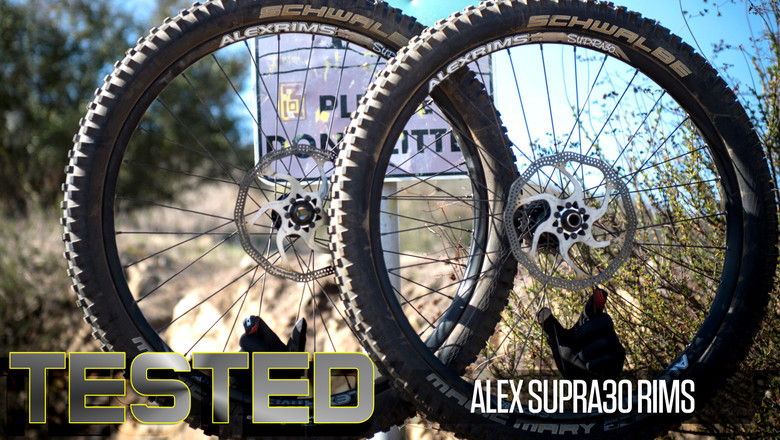 Having experienced failures with both eyeleted and non-eyeleted rims as well as both welded and pinned rims, these aspects are not the determining factors of a quality rim in our experience. Nevertheless, there's something slightly encouraging about a rim like the Supra30 that has both eyelets and a welded joint. 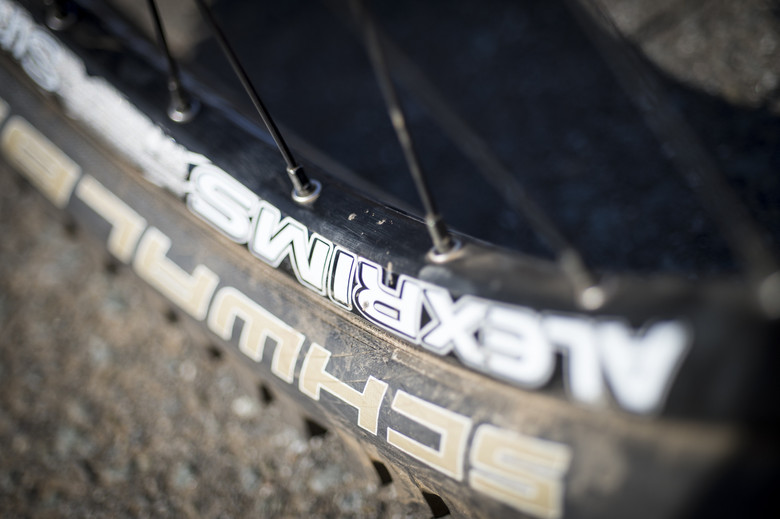 Our test wheels came laced to Novatec DH hubs via 32 straight gauge spokes with brass nipples. The wheel build was true as an arrow with good tension.

Prior to testing the Supra30 we were on the well-regarded and nearly indestructible Mavic EX823 rim. The EX823 has an equivalent 23mm internal width but weighs 185-grams more, meaning we'd drop a total of 370-grams (0.8-pounds) of rotational weight while maintaining a similar tire volume. The Stan's ZTR Flow EX (490-grams) and DT Swiss EX 500 (500-grams) rims that many top-level Pros use for race day weigh 20 and 30-grams more, respectively. Given the massive weight difference from our previous setup, we were interested to see how the Supra30 would hold up. Time for us to get them on the bike and get out on the trails to find out... 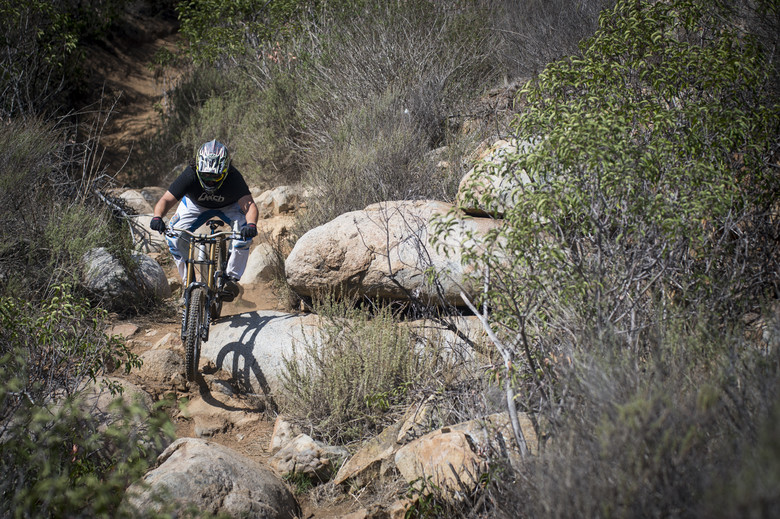 We ran these rims both tubed and “ghetto” tubeless. How easy it was to mount the tires seemed highly dependent on tire choice and whether or not a tube was being used. Maxxis tires with a tube proved a pain to install, while the same tire tubeless was fairly effortless. Schwalbe tires mounted fine both tubed and tubeless. Using Gorilla Tape and Stan's NoTubes valve stems, a tubeless setup was pretty easy to seal using only a floor pump. Tire profile was fine using both Maxxis 2.5 and 2.4-inch tires, as well as Schwalbe 2.35-inch tires.

While testing these rims we noticed a few things. For starters, they're incredibly light weight, making out of the saddle sprinting efforts easier. They don't sacrifice much, if anything, in terms of performance. Regarding stiffness, they're not quite in the same league as the Mavic EX823 or some carbon hoops, but they're not a flimsy rim by any means. 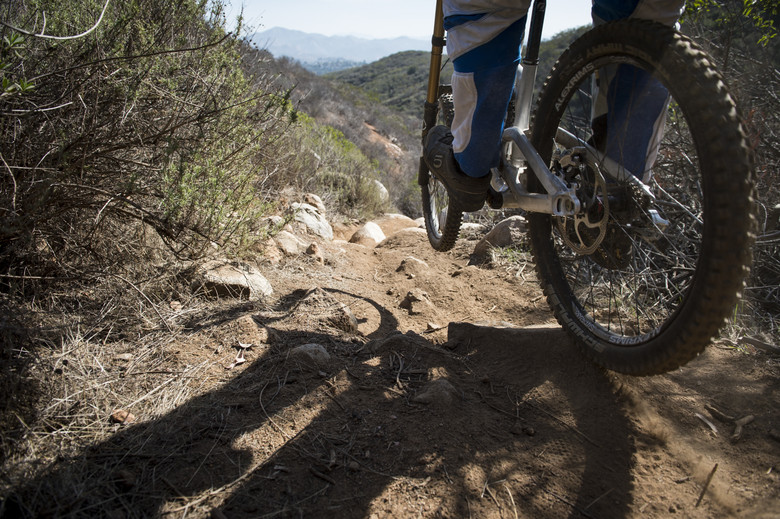 We ran these rims on two different bikes with a variety of tires at different pressures, sometimes quite a bit lower than our typical setup. After six weeks of testing and roughly 50 DH runs we feel we've given the Supra30's a good flogging. Running pressures ranging from 35 to 20psi, we pushed these rims to the edge of what we find to be the typical usable pressures for DH. The front rim dealt with the abuse without breaking stride, and the one out back only suffered one small dent from a botched line. Not bad at all for a 470-gram rim being used by a 250-pound tester. Despite a few hard impacts and one dent, no flats occurred during our time on these rims regardless of the tire pressure. 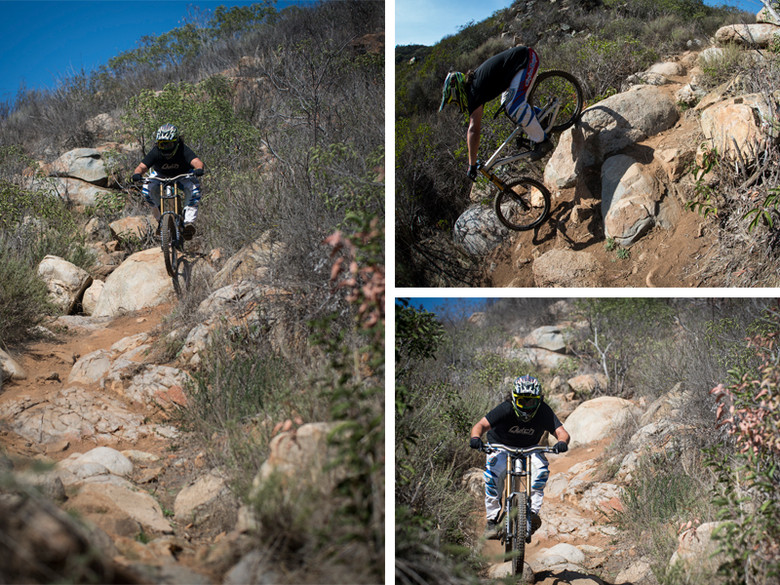 The rear wheel did require a little bit of spoke tensioning to bring it back into true after the testing period, but this was expected as it was a freshly built wheel and we were intentionally hammering it when we could. Truing the wheel was easy to do and the brass nipples turned freely in the eyeletted rims. The front wheel is as true and tensioned as it was on day one. 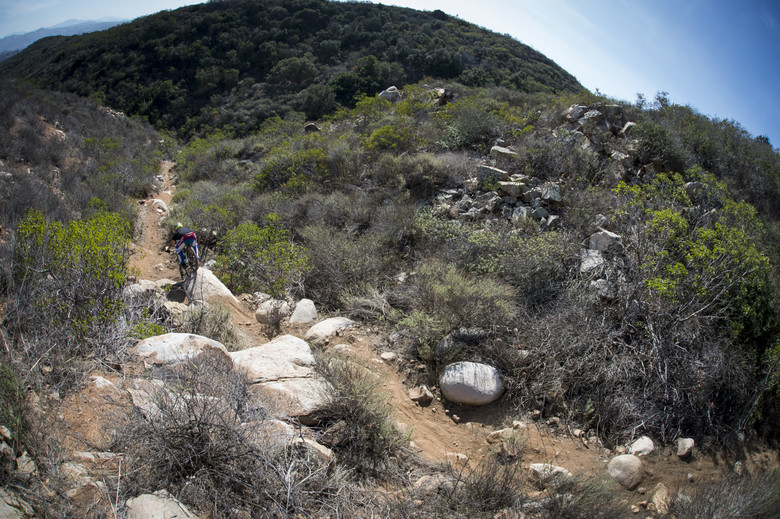 Over the six weeks we ran the Supra 30 rims they failed to present any major flaws. While not the stiffest rims on the market nor the most durable, they proved themselves completely capable of competing with all the main alternatives. 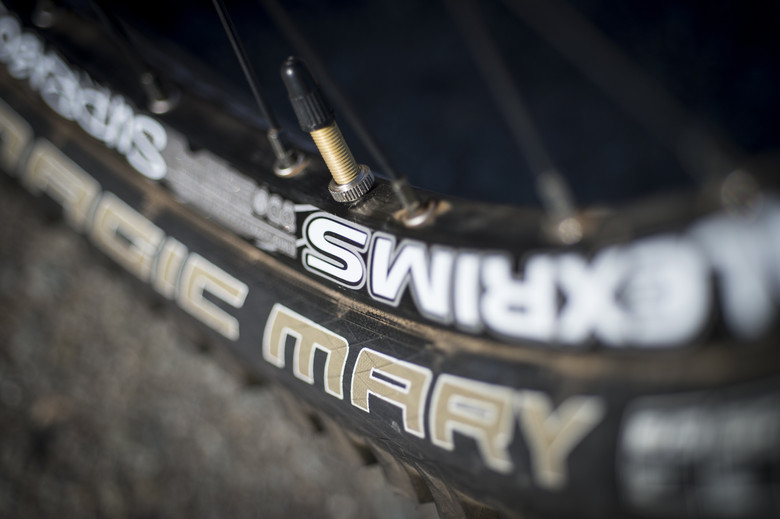 While many other super light gravity rims are considered "disposables" for race day use only, the Alex Supra30 is up to the task of everyday use, practice runs and race day. You sacrifice a bit in terms of durability when compared to some of the burlier rims out there, but you also get a somewhat more forgiving rim that will probably dent slightly before flatting and still last into next season. If you do manage to bang them up, they're also not as big an investment as some of the other rim choices out there. For all these reasons, we see the Supra30 as one of the new class leaders for those looking to build lightweight downhill race wheels.

Fred Robinson, a.k.a. "Derf," has been on two wheels since he was two years old. He picked up a mountain bike in 2004 and started racing downhill in 2006. He has seen moderate success racing CAT 1 but focuses his efforts on building, maintaining and riding his local trails. He's deceptively quick for a bigger guy and likes steep, fast trails where he can hang it off the back of the bike. As a SoCal native he mostly rides trails covered with loose, traction-less turns and sharp, immovable rocks. Besides downhill, he rides trail bikes, road, and also enjoys the occasional dirt jump session. He is currently a student at UCSD and a wrench at a local bike shop.

Review This Product
What do you think?
To add review, please join, log in or connect to Vital using your Facebook profile Login with Facebook.
Rims 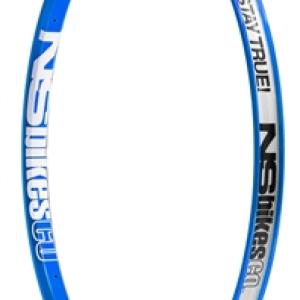 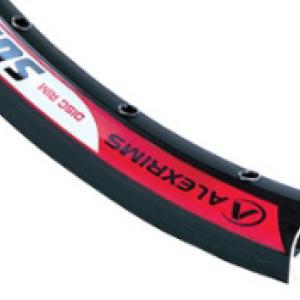 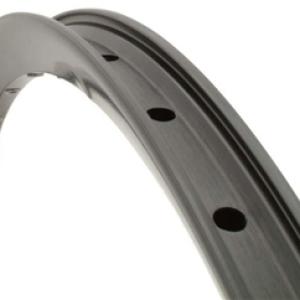 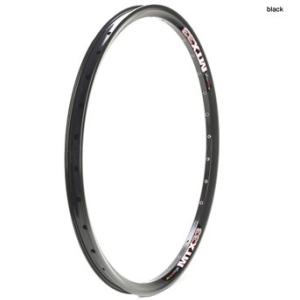 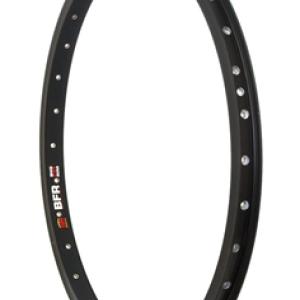 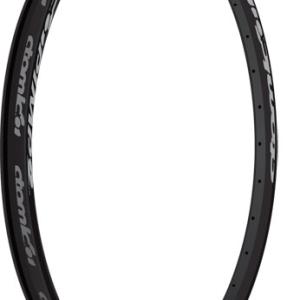 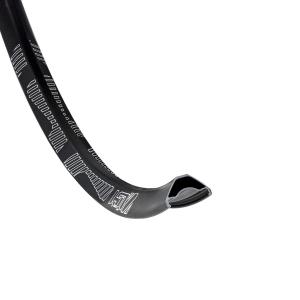 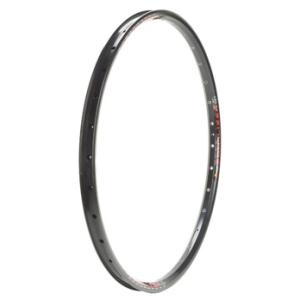