Three out of four World Cup Downhill victories in 2019 for Loic and his prototype Specialized Demo with mixed wheel size. 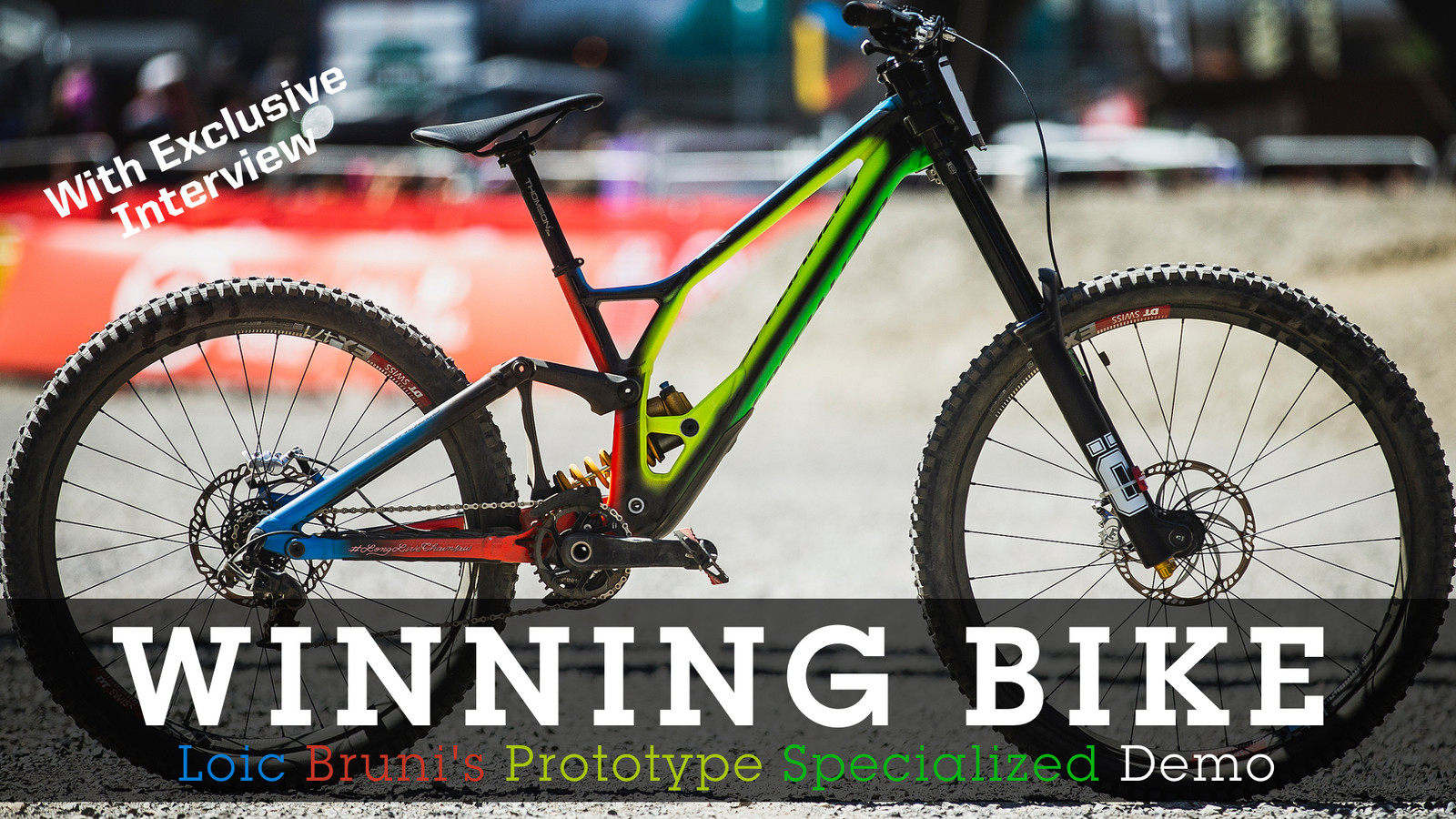 Loic Bruni won the World Cup Downhill in Andorra today. Andorra is always the steepest, but for 2019 the track was one of the dustiest and roughest in recent memory. As hundreds of laps were done throughout the weekend by riders in all classes, the course changed, new holes and lines developed, inches of powder camouflaged wheel-eating holes and Loic, because he qualified fastest on Saturday, was the last of all riders down the mountain on race day.

In what seemed like an impossible feat, SuperBruni was able to somehow hurl his bike and body down the hill faster than Loris Vergier, who had just completed a run that most felt was unbeatable. Even with fans asking for photos near the start, TV's showing the live feed and team owner chatter about Loris' flawless run trying to distract him, Loic stayed focused. Aboard his his prototype Specialized Demo, the Frenchman left the start gate, oblivious to self preservation and the consequences of risk, pumping, pedaling and carving a mistake-free trail to his third WC DH victory out of four races in 2019.

Whether by strategy or by will, Loic won the race in the flatter, upper portion of the track. His split times there were untouchable. Once he hit the steeps, the advantage he had built up top began to dwindle. Loic was up by 2.8 in the top sector over Loris Vergier. By the fourth and final sector, Bruni's lead a paltry .2 seconds. When Loic entered the finish arena, delicately holding his line through the final sweeping turns, he crossed the line and took the win by just .423 seconds.

Loic is not only efficient and at the top of his game as a rider, but he has been working with his mechanic Jack for years, using data acquisition to analytically study how the bike works at every track, making the necessary adjustments to suspension and geometry. This bit of science mixed with Loic's brawn is a winning combination this year. The bike, rider and team, with manager Laurent, have shined in Maribor, Leogang and now Andorra. 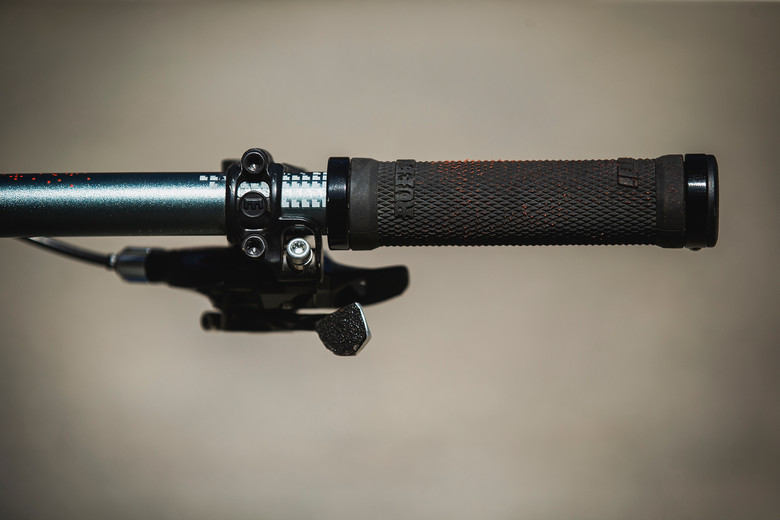 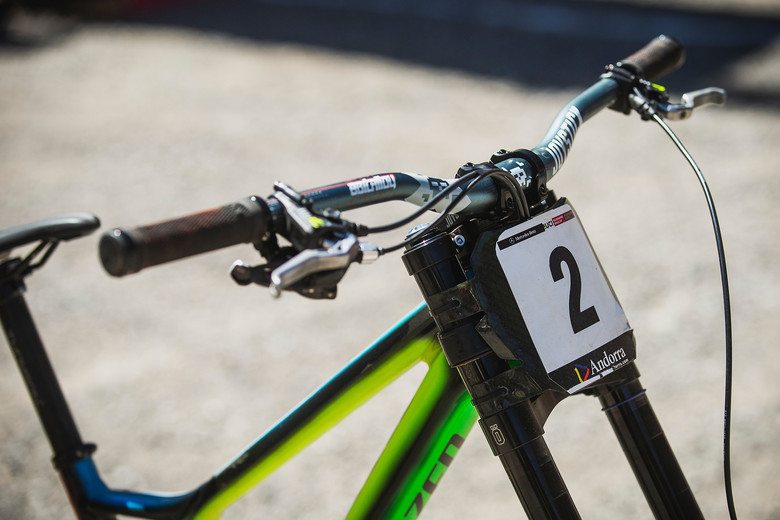 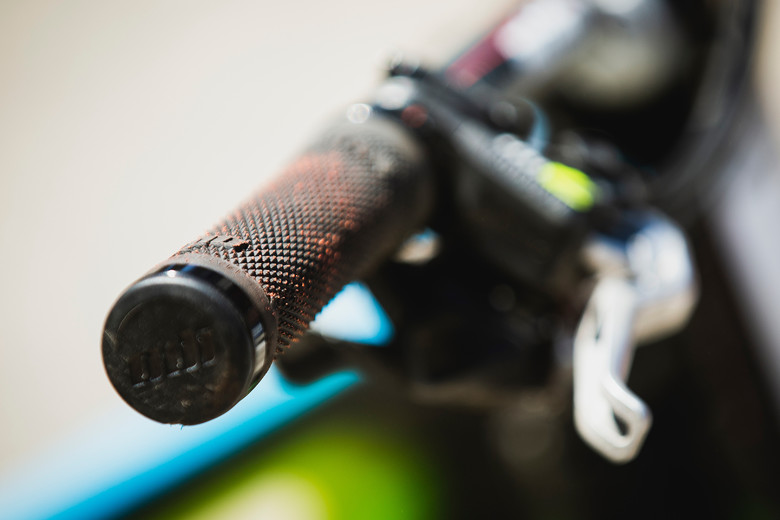 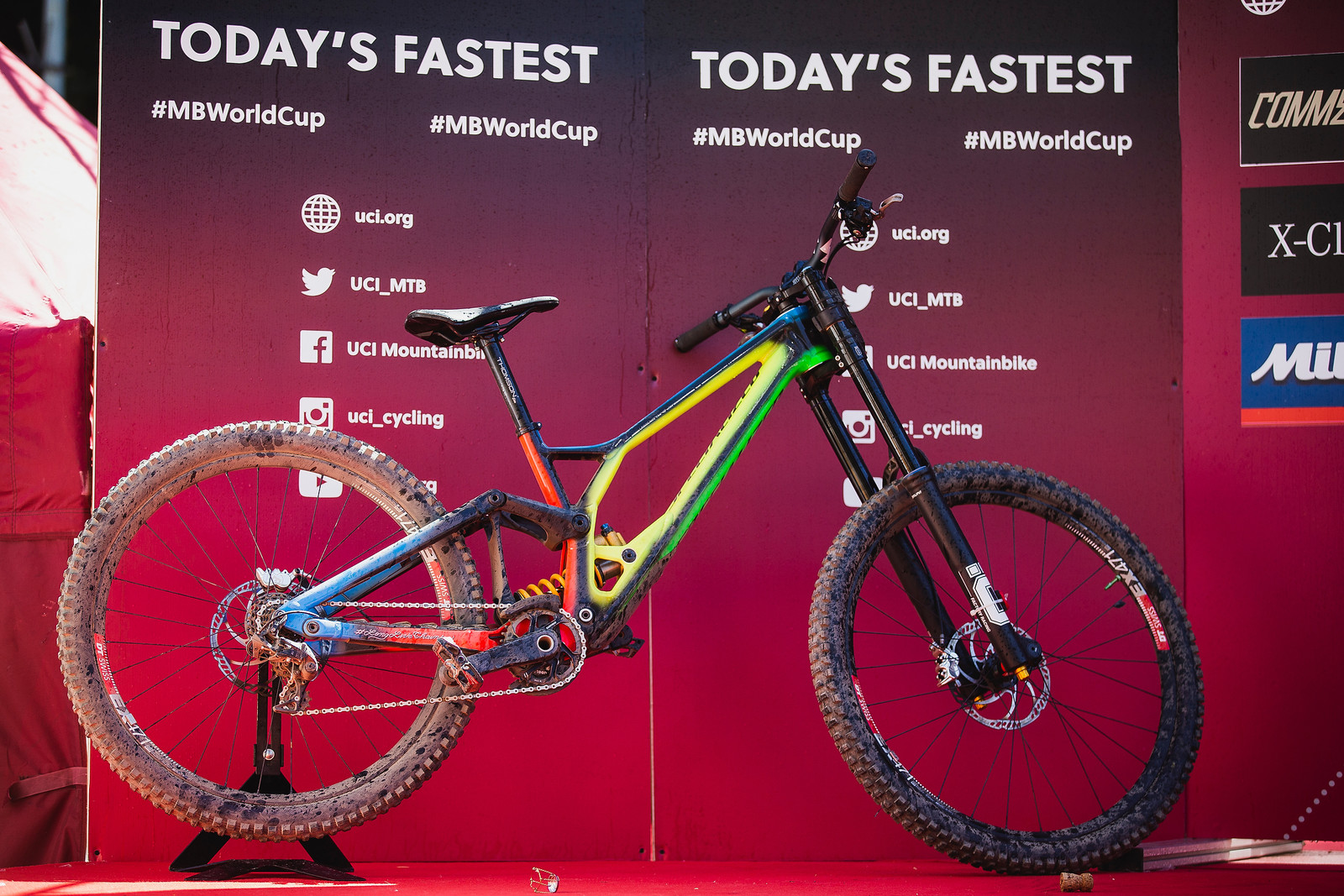 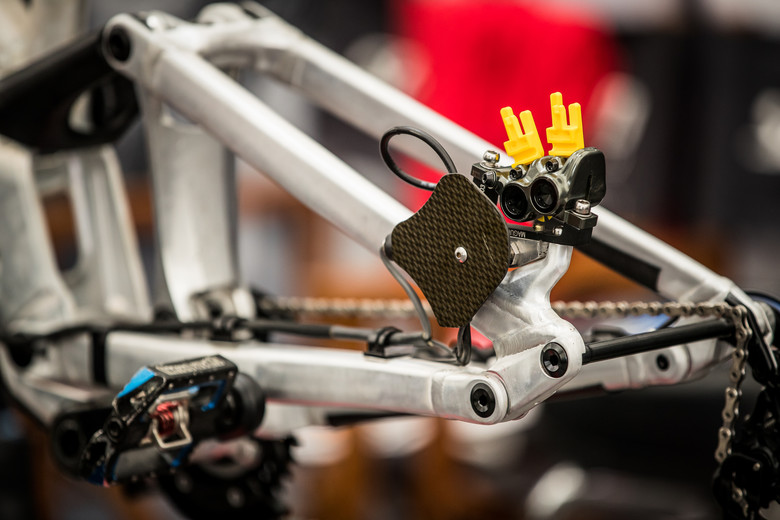 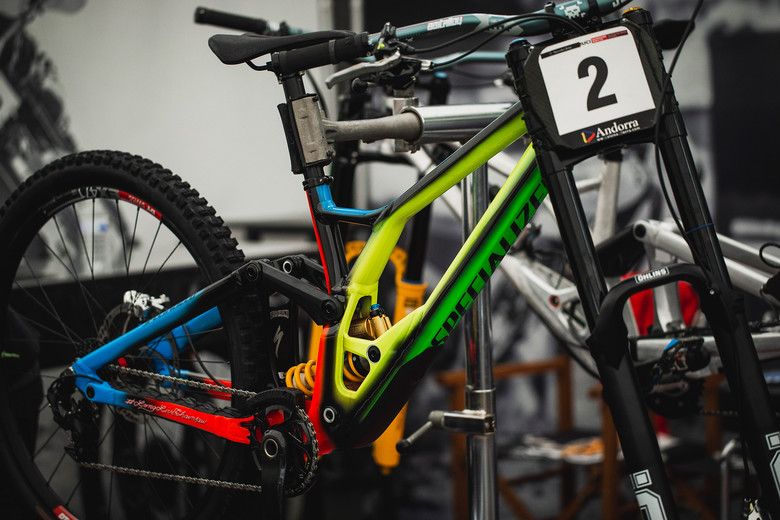 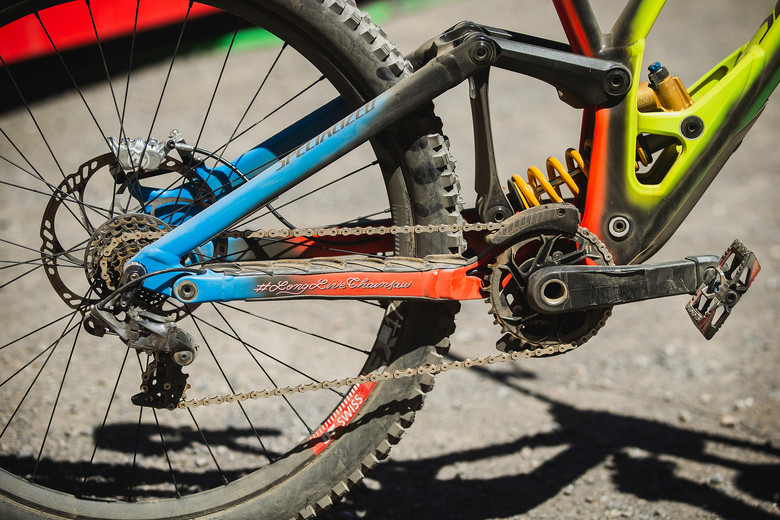 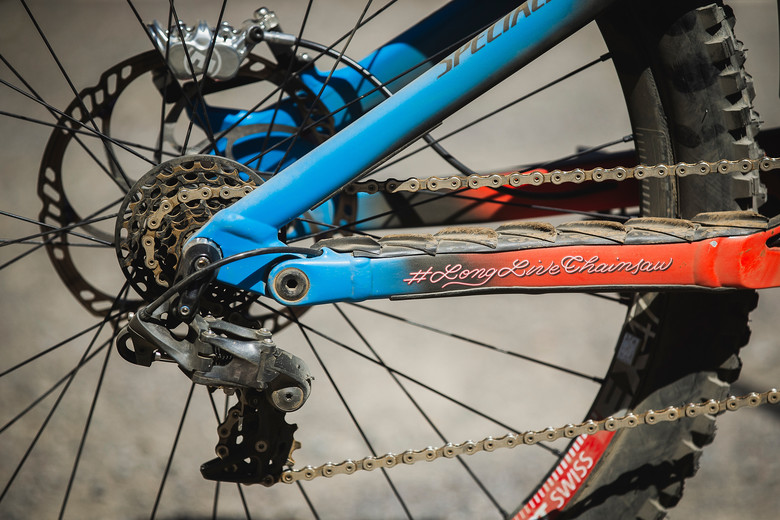 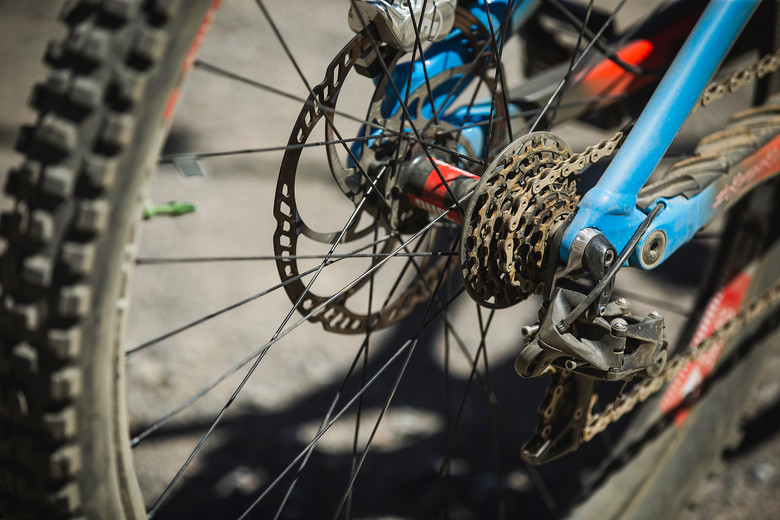 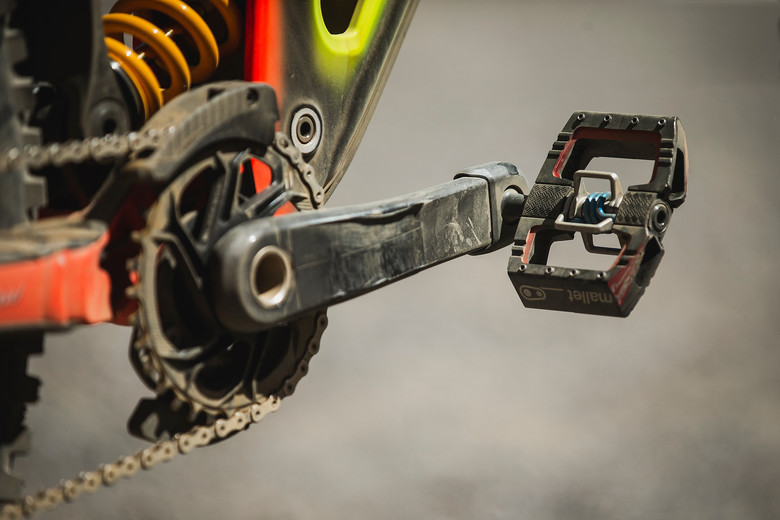 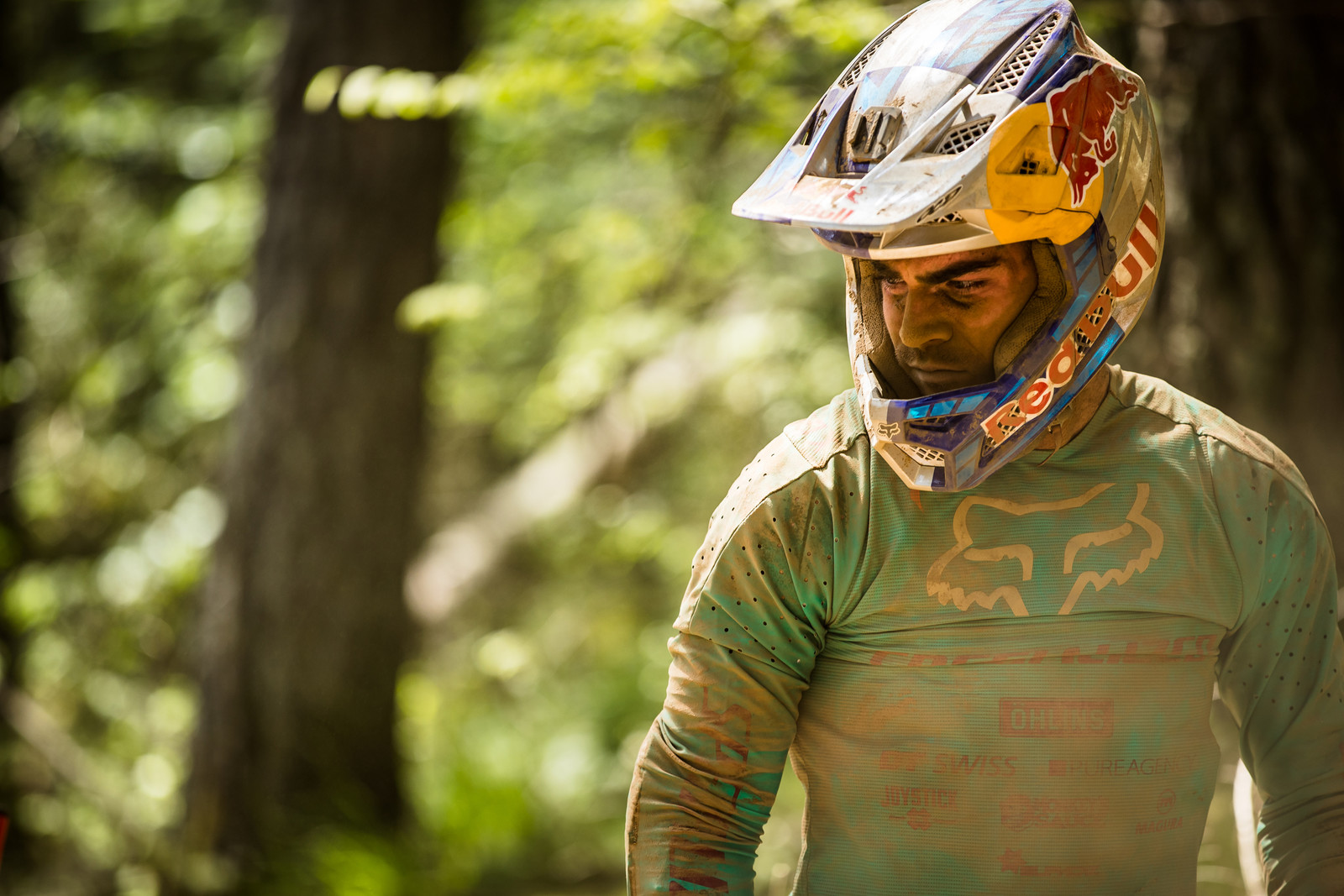 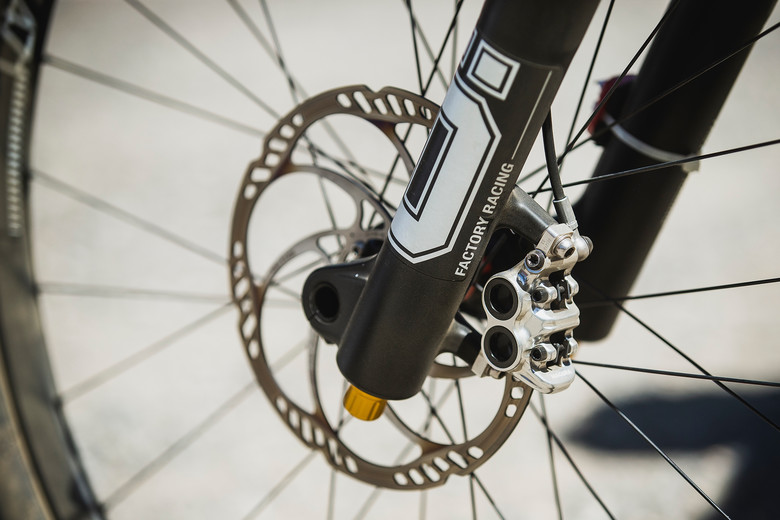 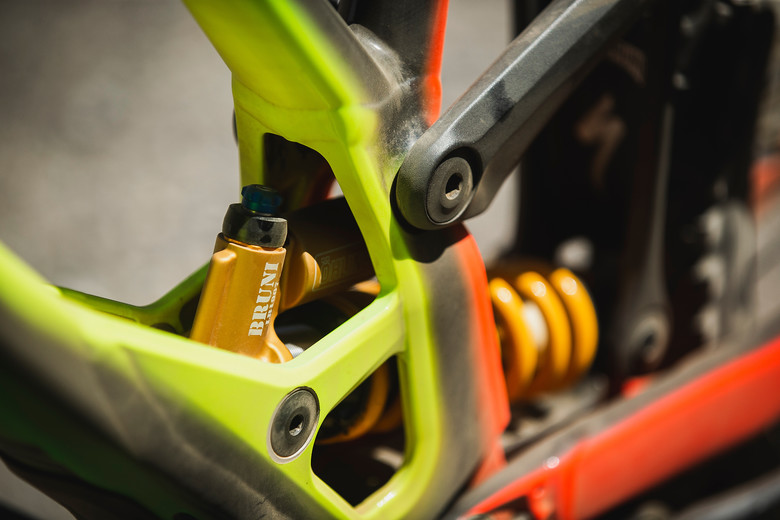 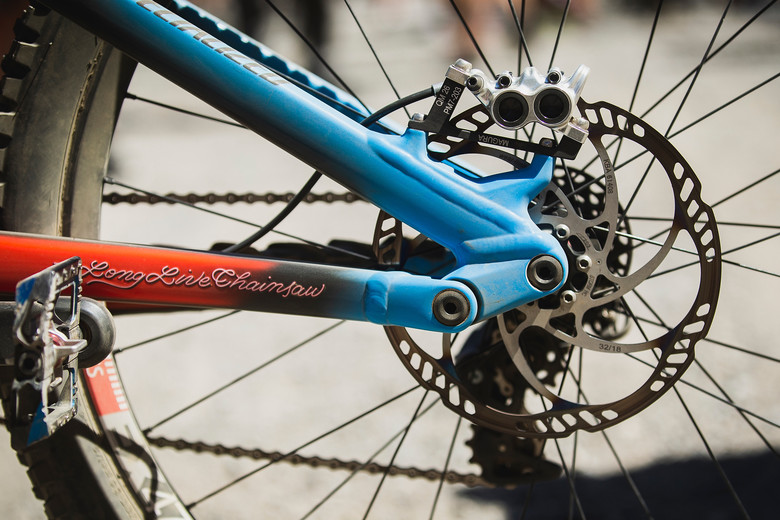 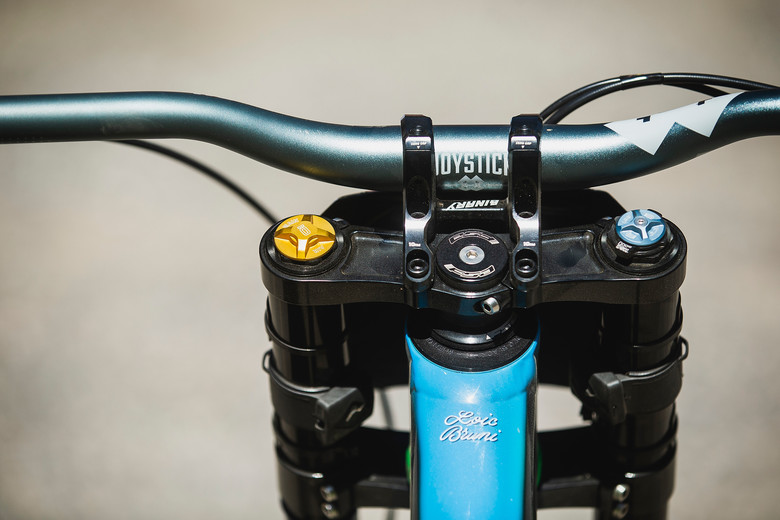 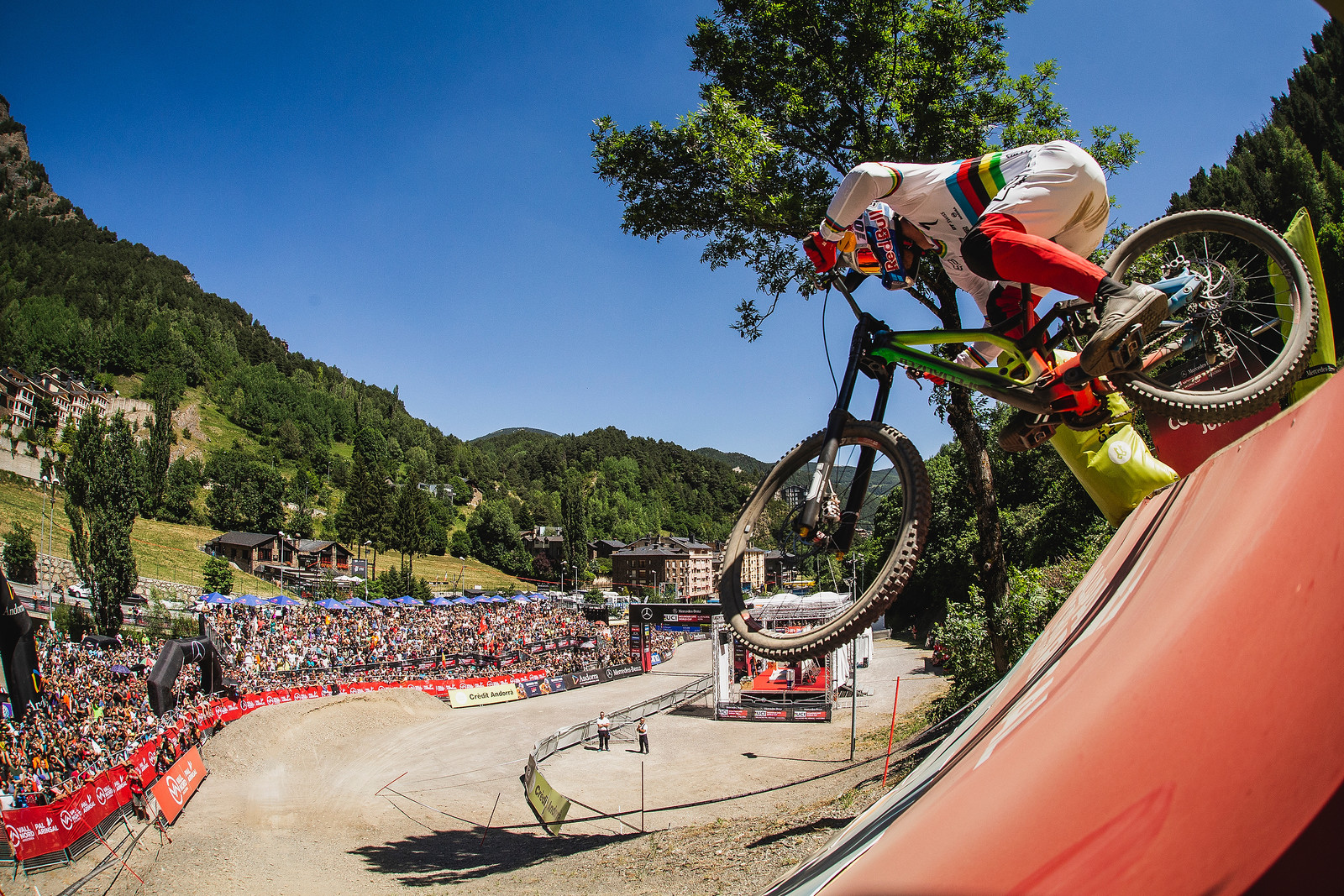 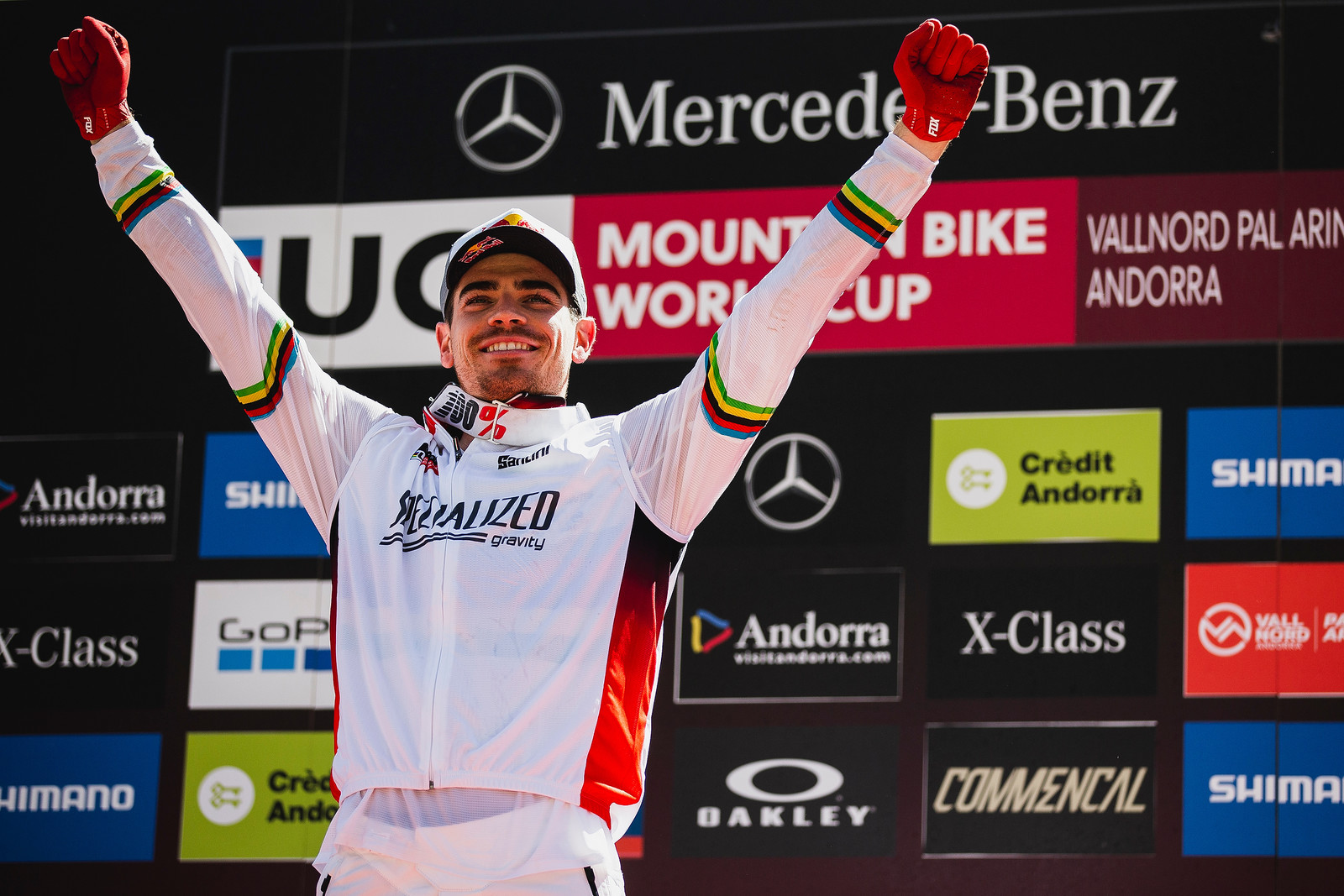 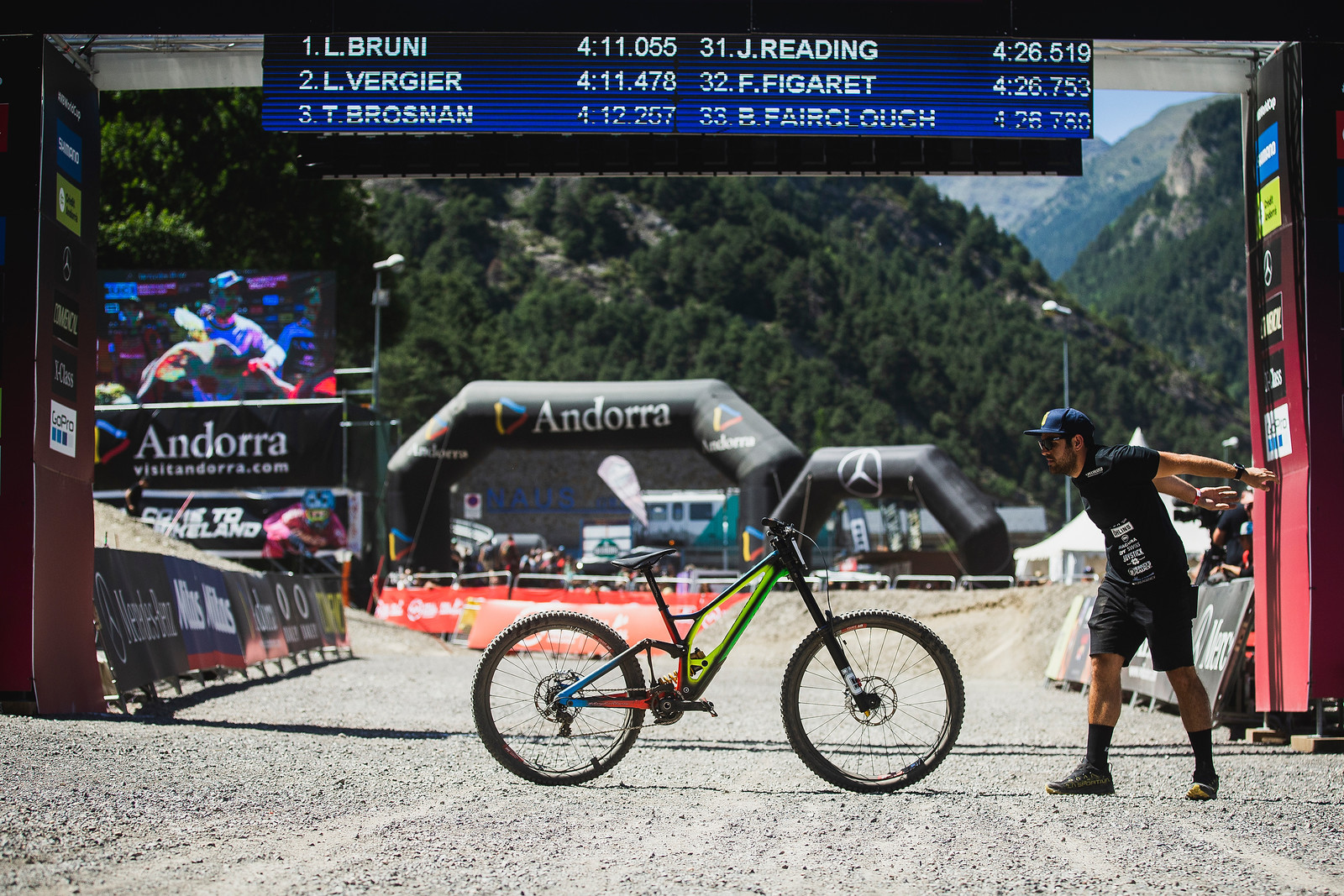 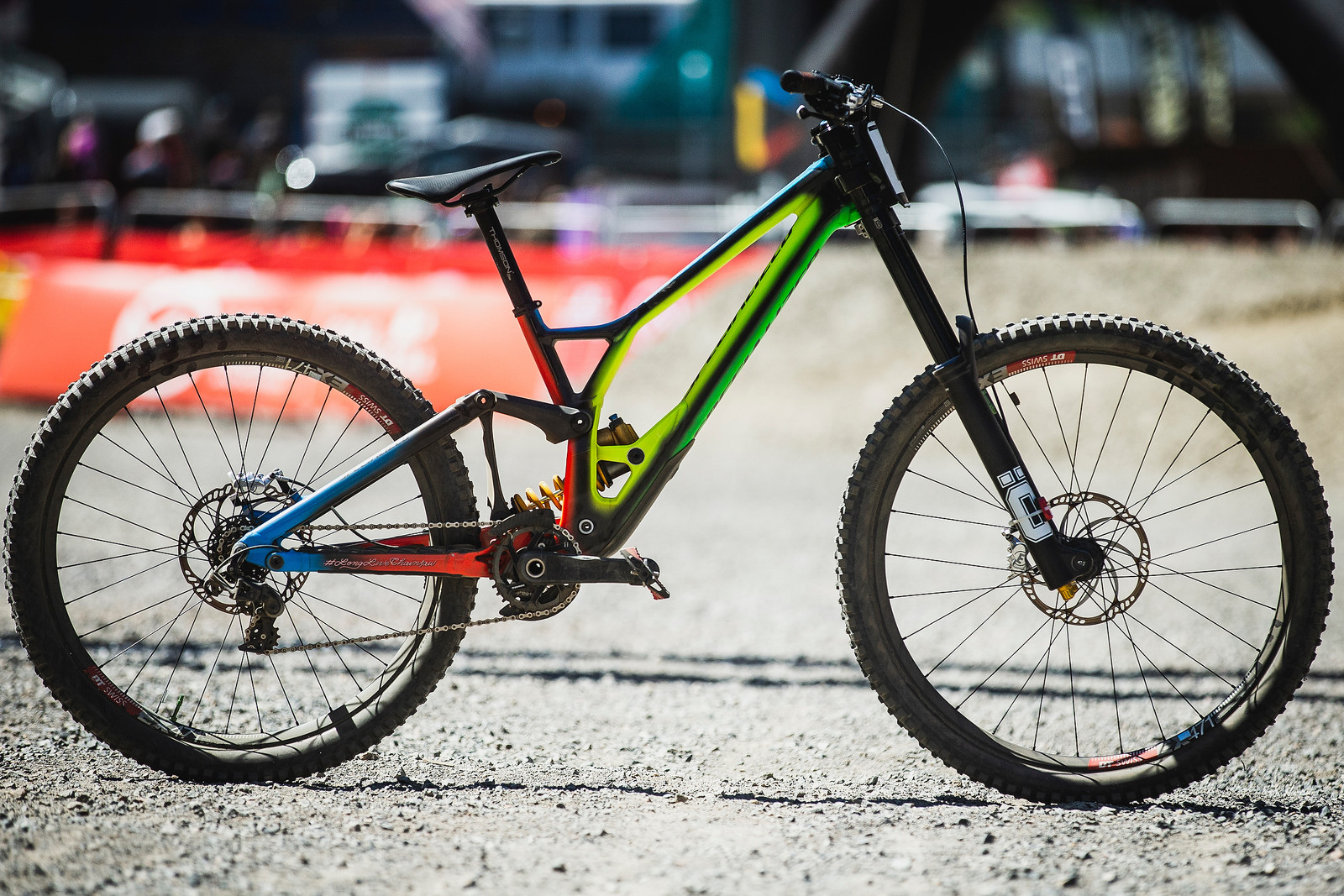 If you haven't watched yet, you should. Loic's winning races and shining as an interview host in his Outspoken series this year, only on Vital.