It didn't take long for Aaron Gwin to prove the all-new YT TUES worthy - and now you can buy it too. We've ridden it already, so dig in to learn more! 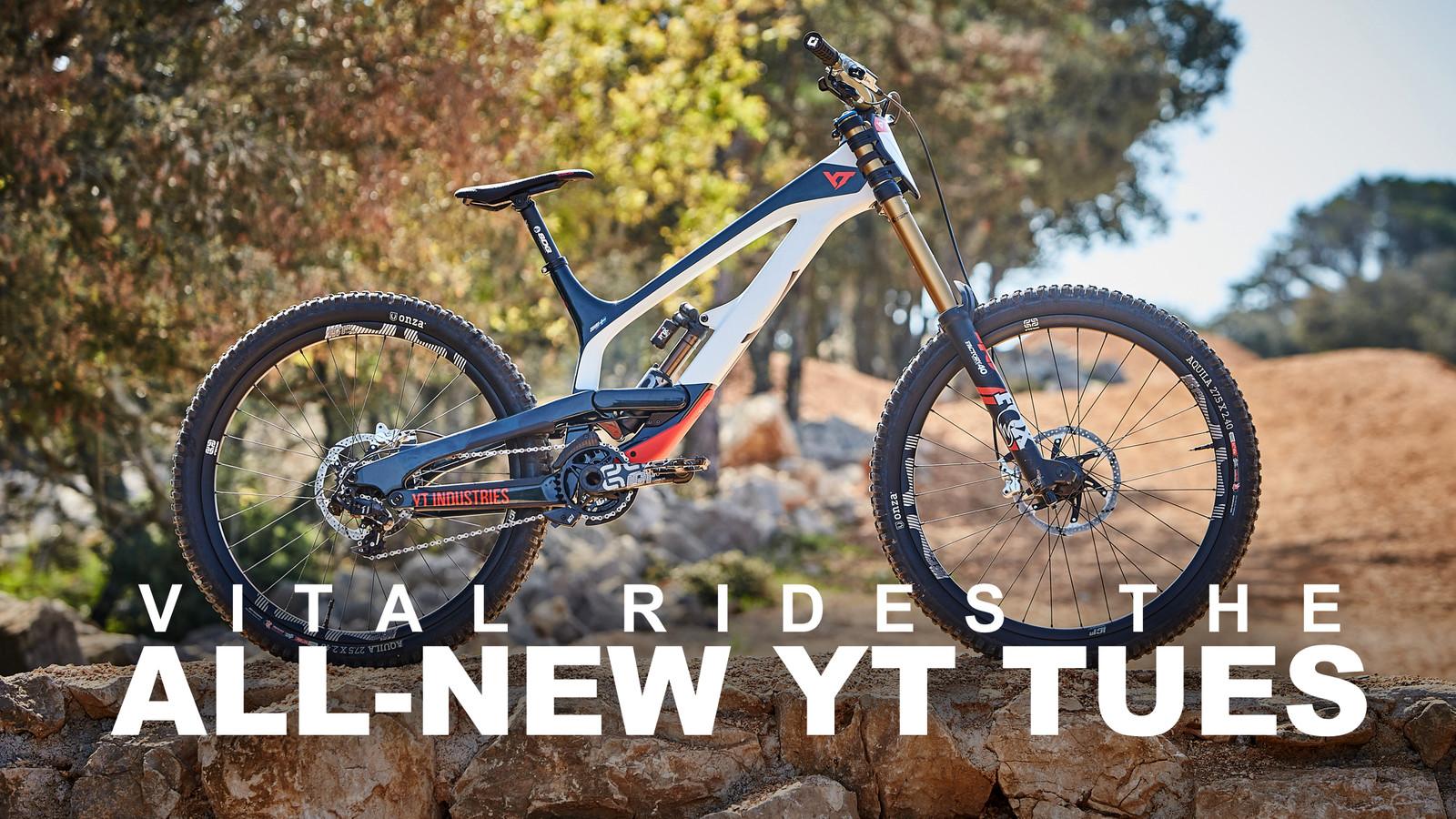 Ihad to pinch myself to make sure it was really happening. I was just about to hit the final drop on the Losinj World Cup track for the first time, and the guy who had just offered to tow me into it was none other than Aaron Gwin himself, fresh off an impressive victory on this very same course just the day before. A select group of MTB journalists had been invited by YT to stay on for a couple of days after the race to ride the all-new TUES, and to really give us the full team experience both the YT Mob and FOX’s race support crew were also part of this unique launch. Which explains why I now found myself pedaling and pumping the trail in an effort to hold Aaron Gwin’s rear wheel as we approached the drop. Gwin wasn’t really there to ride, but when I asked him about the speed needed to clear the gap he threw on a helmet and grabbed his trail bike to give me a lead in, and seconds later we were both safely on the other side. Gwin as gracefully as ever, yours truly with a distinctly heavier landing but also with the biggest smile of the day. To top it all off, Gwin then offered to take a picture of the action if I would push up again – how’s that for an offer you can’t refuse? To not make it too easy on Gwin, I set the shot up at f2.8 with autofocus spot metering (photo-nerd speak for “bring your sniper skills”), but that didn’t stop him from nailing the shot on the first try. One and done, and I walked away with a unique memento of a unique event: 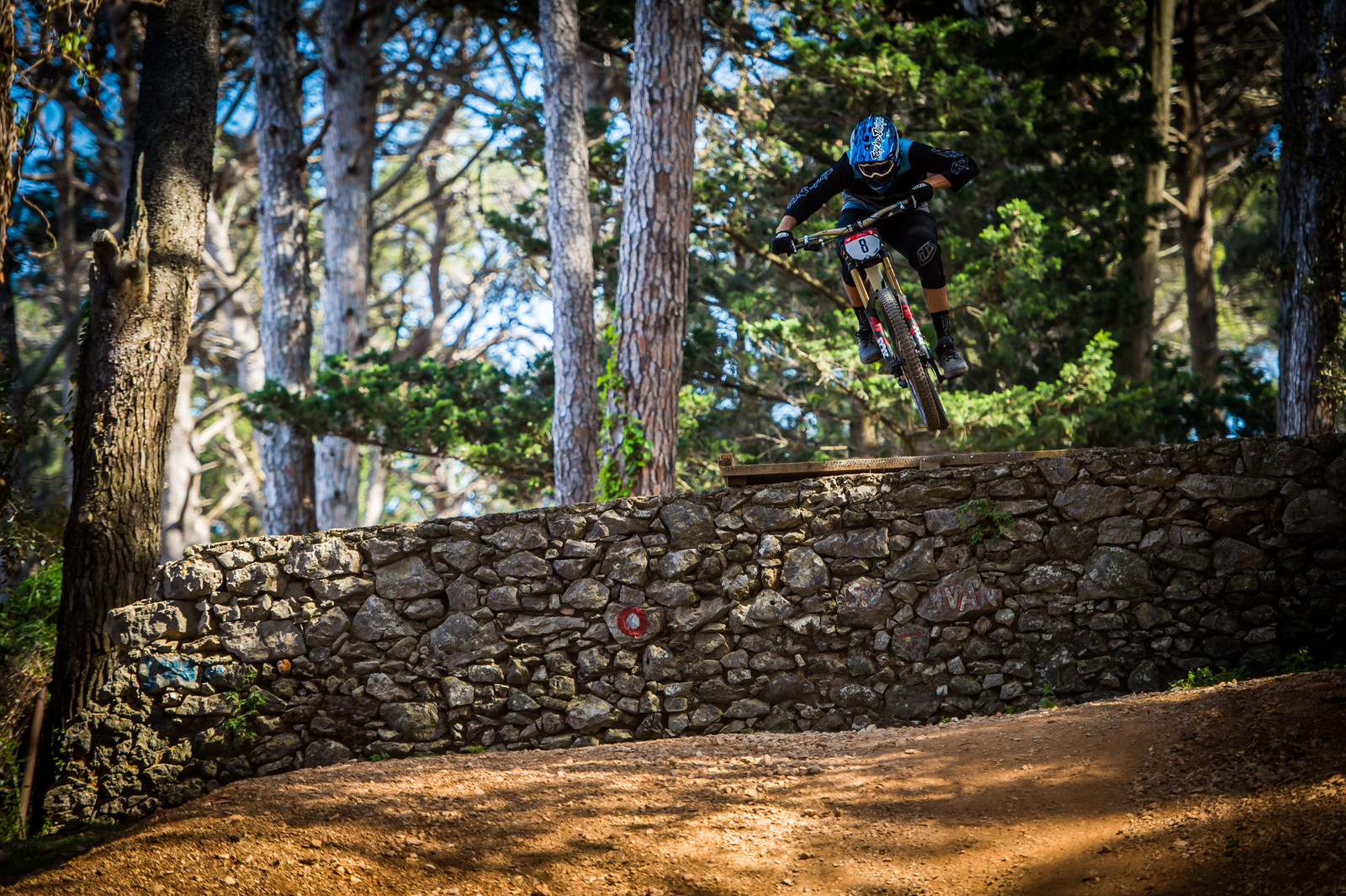 When YT signed Aaron Gwin, they knew they were getting something more than just a name on a poster. Aaron insisted on being part of any new bike development process, and since he was already dominating the race tracks on the previous version of the TUES, both Aaron and the company felt that building on what they already had was the way to go. With a list of improvements to address, and of course the need to align the look with the current generation of YT bikes, they set to work about 2 years ago and the result is before us today. Meet the 2018 YT TUES Carbon: 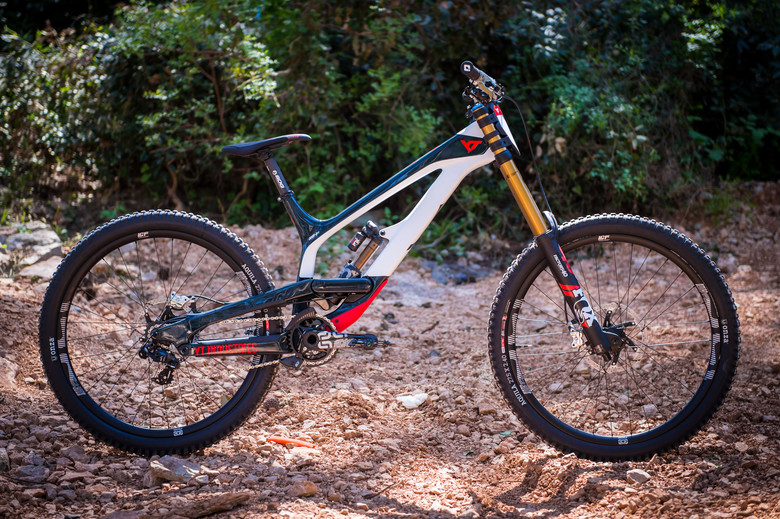 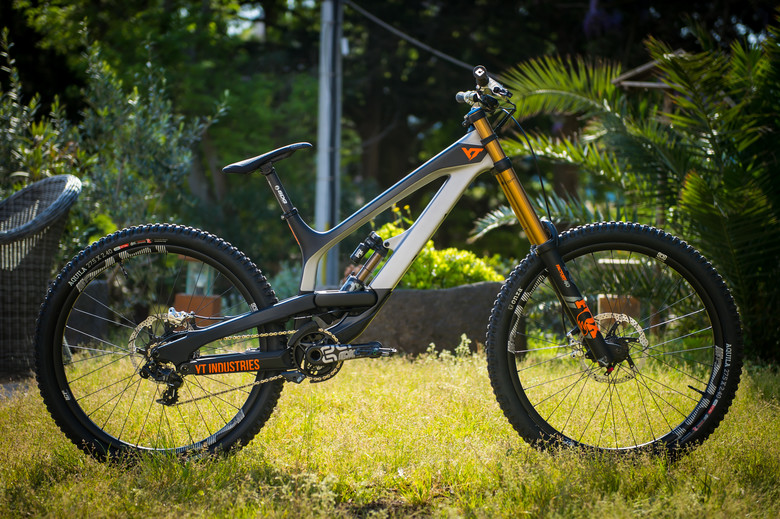 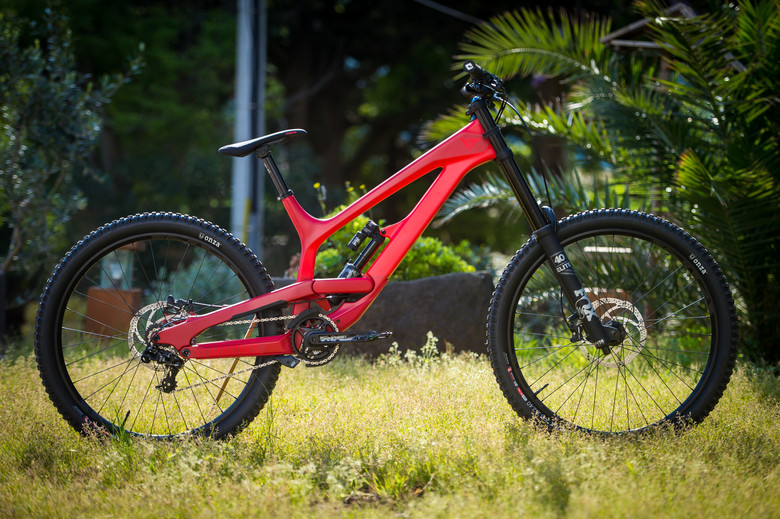 Visually closer to the new Capra, the 2018 TUES looks a lot sleeker than its predecessor. The visual impression is confirmed on the scales, as the new bike drops about 700 grams of weight from the frame alone. Much of this weight loss took place in the rear triangle, where aluminum chainstays and the aluminum rocker link were both replaced by carbon equivalents. 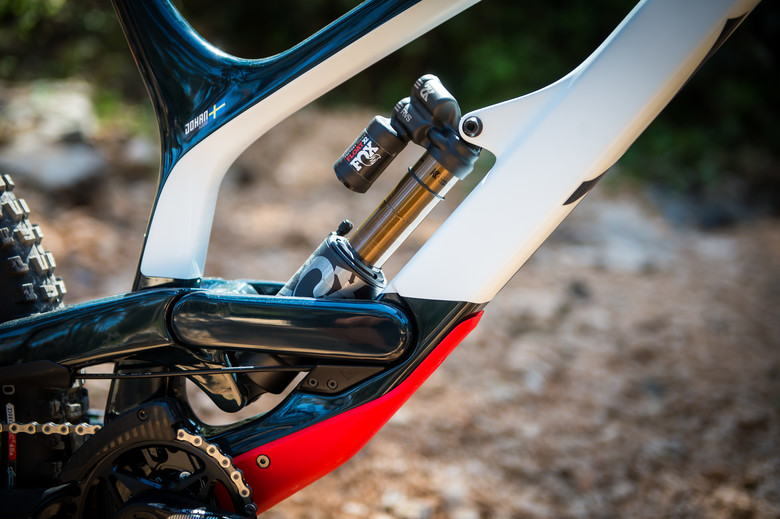 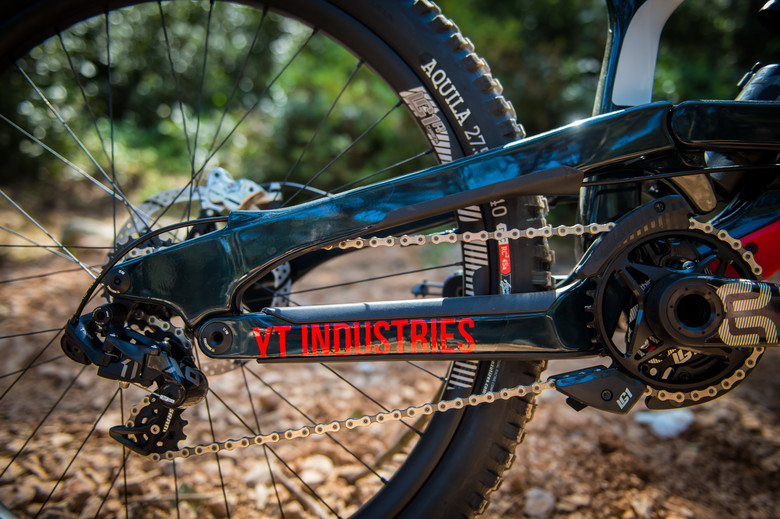 At times, we’d pick up the bike and have to remind ourselves that we were in fact riding a full-blown DH sled, and not a slightly portly enduro bike.

From the get go, the standout feature was the weight, or more precisely, the lack thereof. A DH bike in the 15kg range is a pretty spectacular machine, particularly with real DH tires on it. This translates to a bike that is easy to move around, whilst the 200mm of well-behaved travel and the DH-oriented geo did their very best to help us keep it rubber side down. At times, we’d pick up the bike and have to remind ourselves that we were in fact riding a full-blown DH sled, and not a slightly heavier enduro bike. It is also a quiet bike, with just the noise of the hub and the whooshing of the suspension hydraulics reminding you that the engine is running.

With the help of the FOX staff on hand, we had our suspension dialed in early on, with just a tug-of-war over the amount of tokens and bottom out support as the only point of contention throughout testing. The size XL this 6’0” (1m84) tester rode is delivered with 2 tokens in the Float X2 shock, which leaves the bike on the plusher side of the equation. We found it would track well and provide lots of comfort through the rough stuff, which is of course what you would want from a race bike. With our patented sack-of-cement-falling-off-the-loading-dock jumping technique, we did end up wanting a bit more endstroke support here and there, which we had to negotiate with the FOX guys. A race mechanic will gladly have you trade bottom out support on that one drop for better performance on the rest of the track, whilst us mere mortals may prefer to trade seconds for a bit more cushion on the bigger stuff. The good news here is that the new TUES can do both. Pop a couple of more tokens in the aircan, and you get those 5% back – park rats rejoice. We did push the bike to bottom out on more than one occasion, but it remained a non-violent event and it never left us feeling kicked around or out of control. 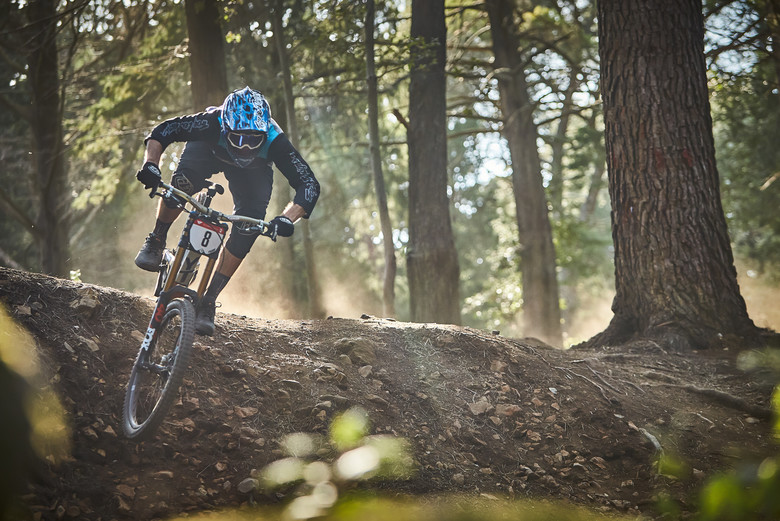 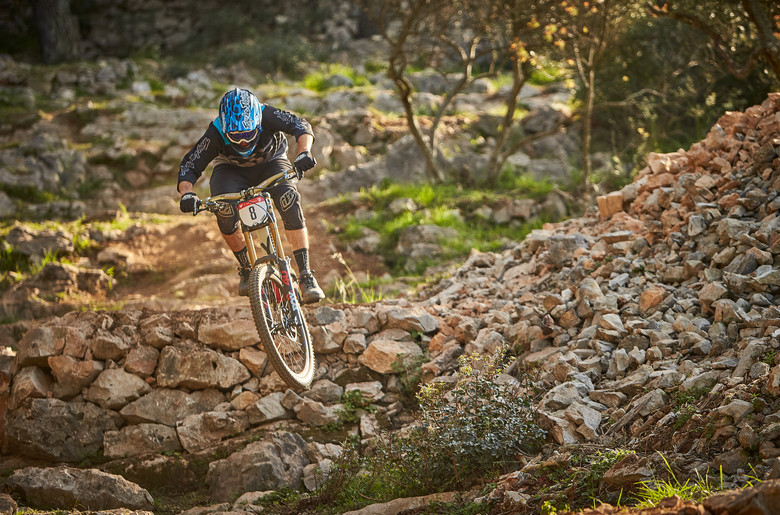 The new TUES is a well-balanced bike. The nature of the track we tested on invariably led to riding mistakes, but the bike was there to help us ride out of it most of the time. It carries good speed, and the riding position invites you to get over the front and push it. Traction was impressive at all times, especially given how little of it the ground in Losinj wants to give up. The component spec on the range-topping CF Pro Race we rode leaves little to be desired, and although we’d need more time on it to provide more insightful conclusions, this particular bike has already proven its worth. Gwin has a trophy with his name on it to say so.

We rode the top-of-the-line CF Pro Race MOB Edition bike, which features a build that is as tricked-out as you could want. The exact same parts can also be found on the regular CF Pro Race, whilst the CF Pro provides a step down in budget and spec. Both bikes are incredibly good value at $5499 and $3999, respectively. At this time, no news regarding an alloy version, nor do we know more about a potential big-wheeled bigger brother. Given what the rest of YT’s line-up now looks like, it’s fair to assume they are both in the works, but the company was tight-lipped about any specifics at this point in time. 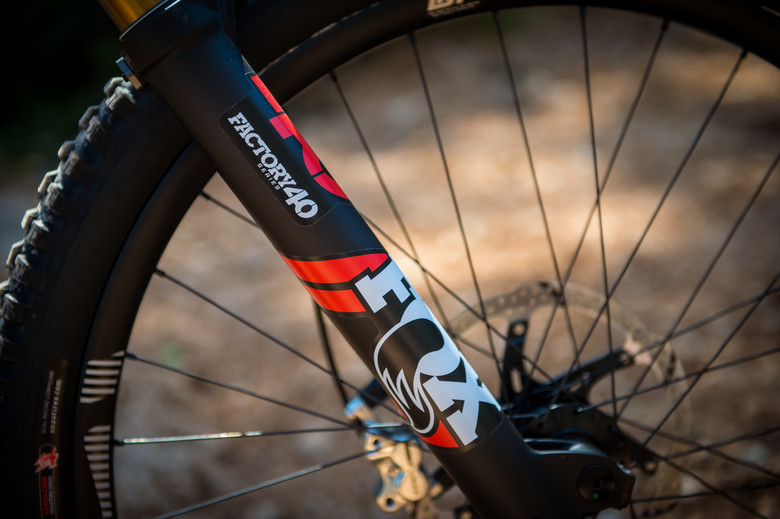 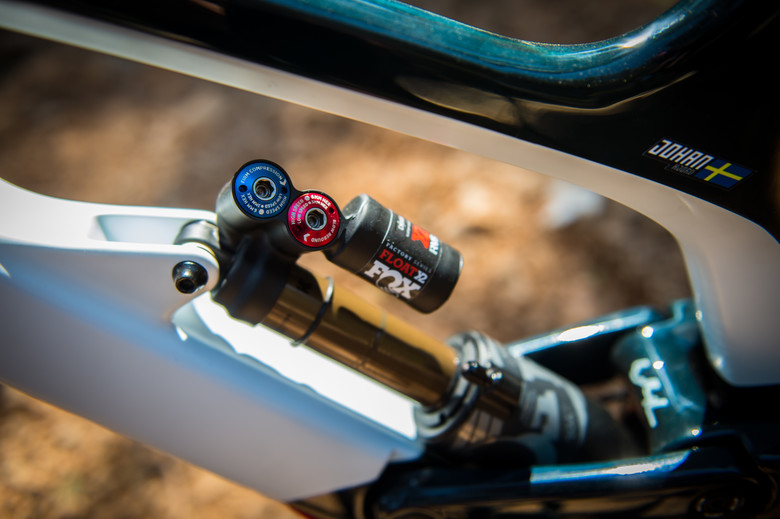 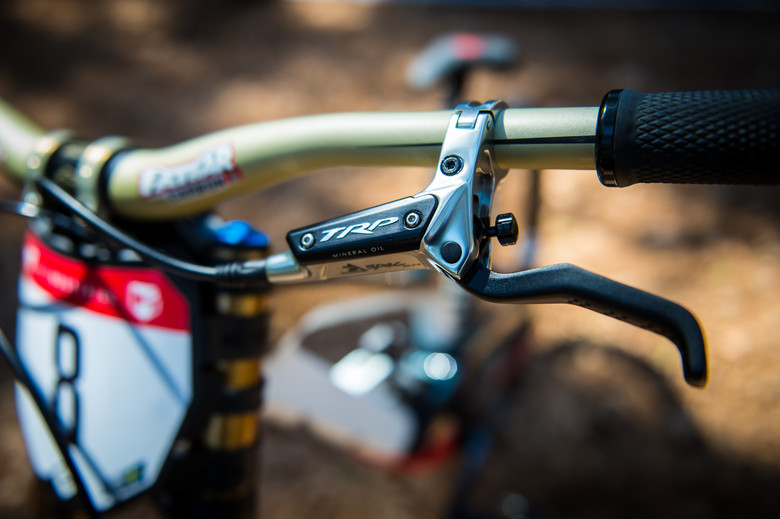 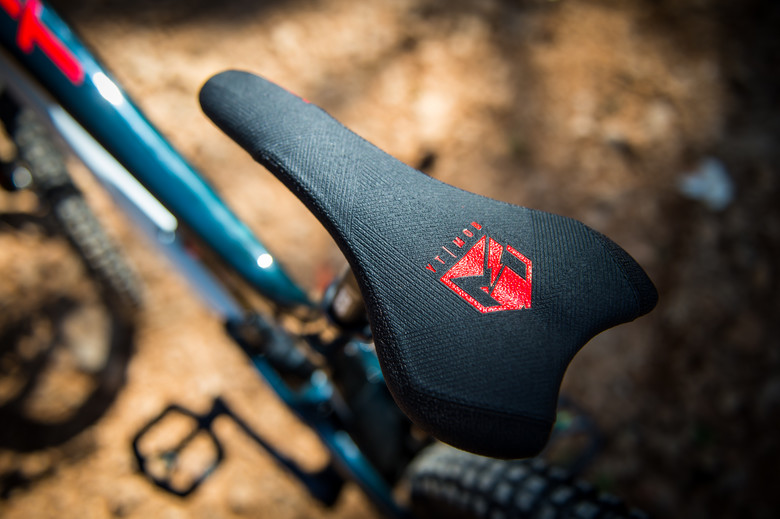 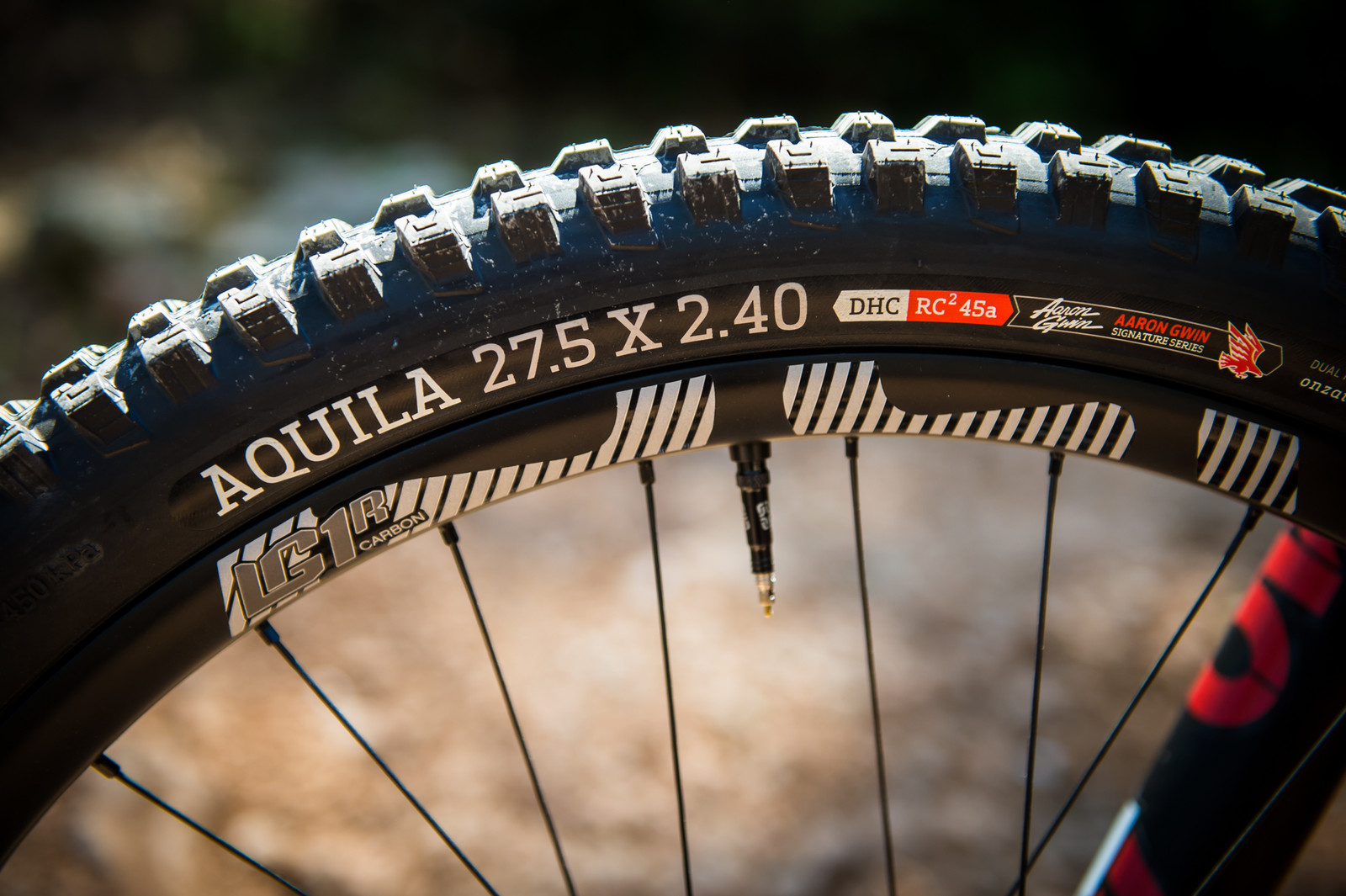 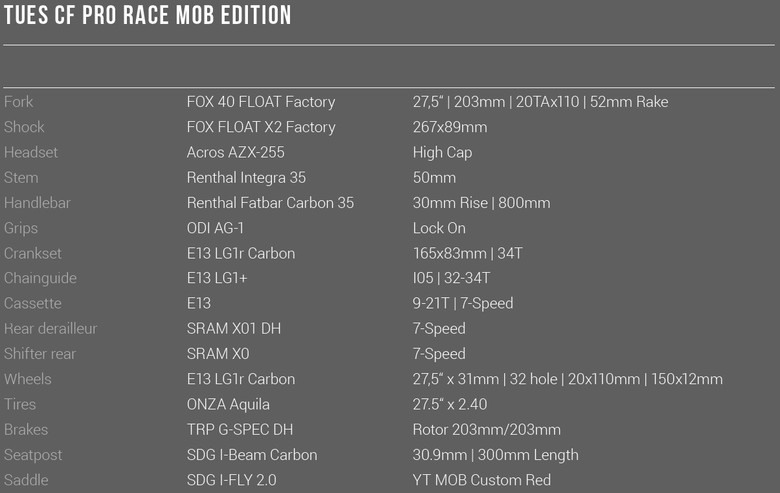 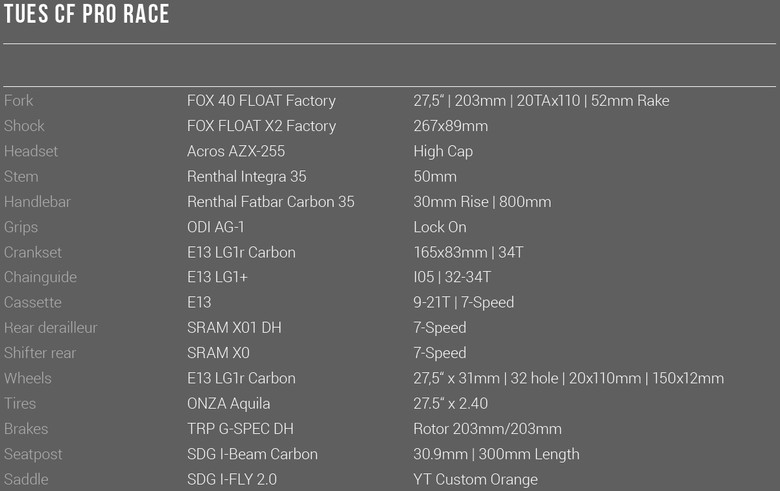 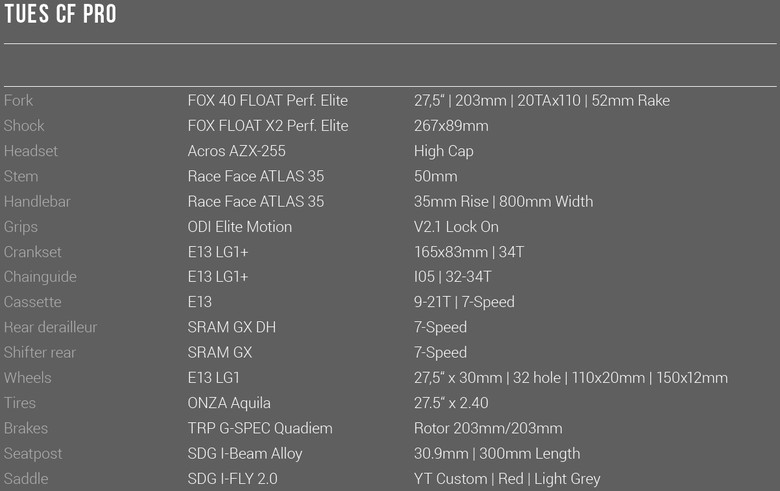 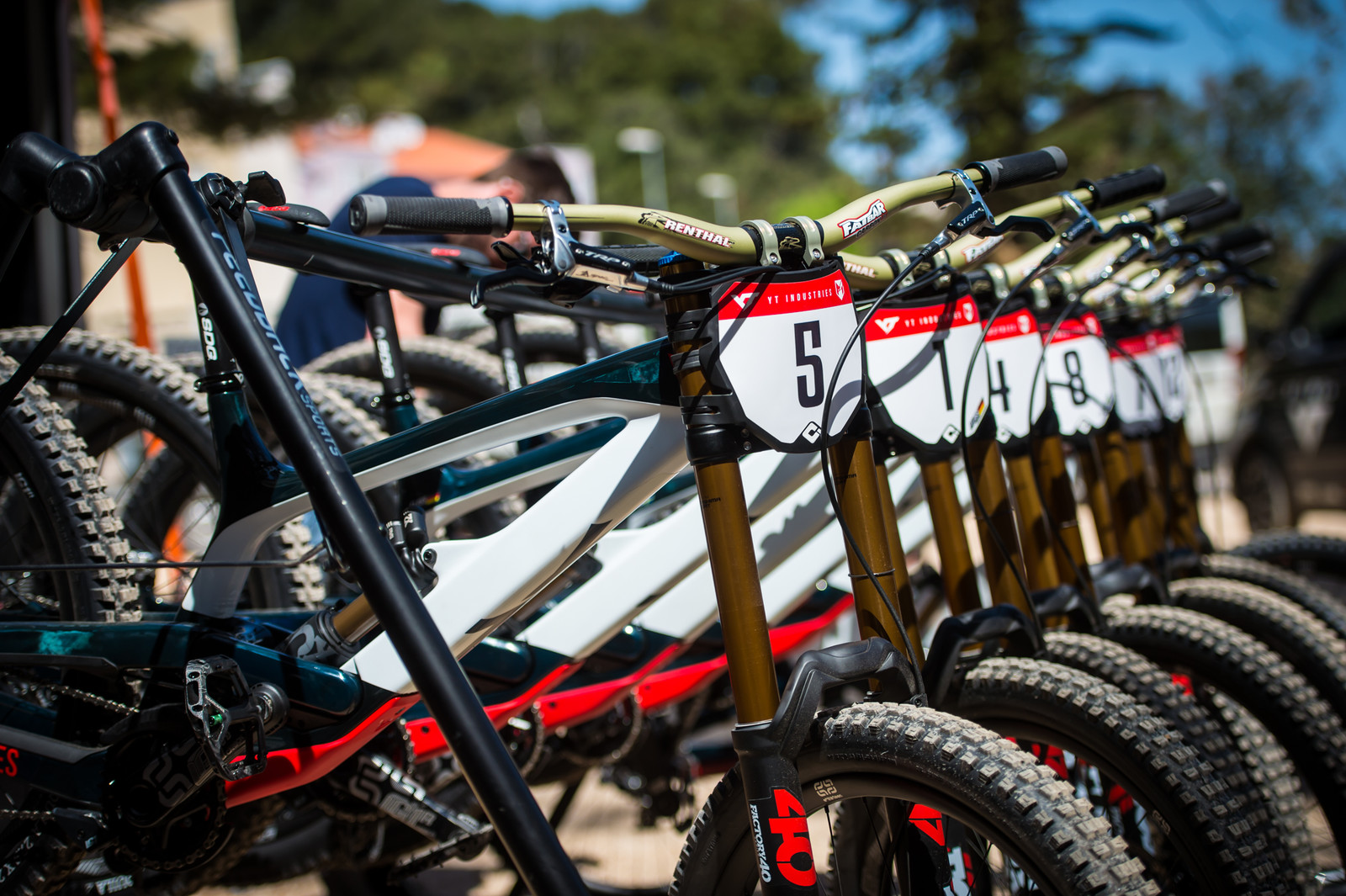 Johan loves bikes, which strangely doesn’t make him any better at riding them. After many years spent practicing falling off cliffs with his snowboard, he took up mountain biking in 2005. Ever since, he’s mostly been riding bikes with too much suspension travel to cover up his many flaws as a rider. His 190-pound body weight coupled with unique skill for poor line choice and clumsy landings make him an expert on durability - if parts survive Johan, they’re pretty much okay for anybody. Johan rides flat pedals with a riding style that he describes as "none" (when in actuality he rips!). Having found most trail features to be not to his liking, Johan uses much of his spare time building his own. Johan’s other accomplishments include surviving this far and helping keep the Vital Media Machine’s stoke dial firmly on 11.