sspomer
11/15/2011 12:21pm
From grom to grown up, John Hauer is a big reason behind X-Fusion's big plans and products. He takes the long way around this awesome Fast Five.

How are the new X-Fusion digs?
Pretty unreal! I have been with X-Fusion for almost 5 years now and when I started there were 2 of us in a garage behind an old German lady’s house! We moved to Santa Cruz last year to be closer to the trails, but after a year in that facility the county gave us the boot to build their new Sheriff Station. Fortunately for us, they had to find us a place of the same quality or better. Long story short, our building is now almost double in size and is tucked against a hillside that leads to some of the most recognizable trails in Santa Cruz County. We can hop on trail from our parking lot and ride nothing but singletrack for 5+ hours. 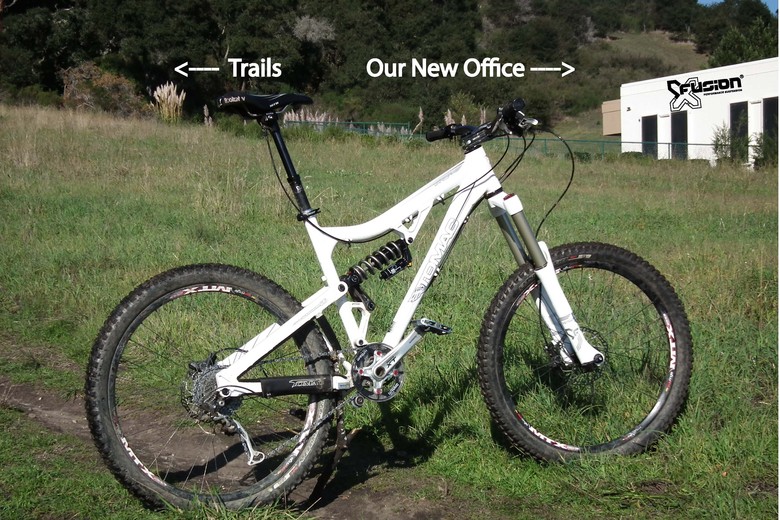 Tell us your favorite Theo story?
OH MAN!!! Theo and I first started hanging out and shooting together when I was 15! This was prior to his first full length release, HELLA GREASY! We’ve definitely both seen each other many times during our best and worst moments.  A few things come to mind, but I’ll have to go with our trip to the Sugar Mountain, North Carolina National in 2007.
We had just raced in Vermont and had to drive straight south to NC. We always competed to see who could drive the longest before getting delirious and risking the entire team’s lives (side note Condroshoff and myself pull 24’s like it's nothing!) On this particular day Theo was in line to drive the second shift of the trip that would take us all the way into the resort. Our GPS went out which was a common problem, so we resorted to our fail-safe atlas, which we carried everywhere. There was also a massive storm throughout the entire east coast which made the driving conditions pretty hectic. Combine that with a loaded van full of 6 guys, 14 bikes and a ton of tools and you got a big, heavy sail driving down the highway.
We knew Theo was uncomfortable but hell, it was his turn. He drove for hours and as we followed the windy lines shown in our atlas, the surroundings looked more and more like we were driving through a scene from the movie Deliverance. The highway turned to a single lane road and we started are climb up what we later found out was the backside of the mountain. Our van struggled to make it around the tight turns of the road, scraping tree branches and trying to avoid the massive ruts on the side of the road. I had never seen Theo so focused, so petrified and gripped so tight to anything.
After about an hour of the most stressful drive ever we made it to town at about 4 am. We were all relieved we made it, so we decided to stop at the market and try to grab some food and coffee... At this hour there were literally 2 cars in the parking lot! After our stop, Theo casually hopped in the driver seat and threw our lives into reverse.  Pedal hit the floor, we peeled backwards and then BAAAMMMMM!  He punted the only other truck in the parking lot about 10 feet sideways from how it had been parked! He had driven the gnarliest leg of our season so far and then stuffed it in a 100,000 square foot parking lot with 1 other vehicle. He was emotionally and physically drained from the drive and we could tell he didn’t not want to deal with this.  Miraculously we all got out and our bike rack had hit the trucks bumper just right causing no damage to either vehicle! We were all pretty much hysterically laughing and Theo’s stress had lifted from his shoulders. He got away with this one, but we didn’t let him hear the end of it for the rest of the season. 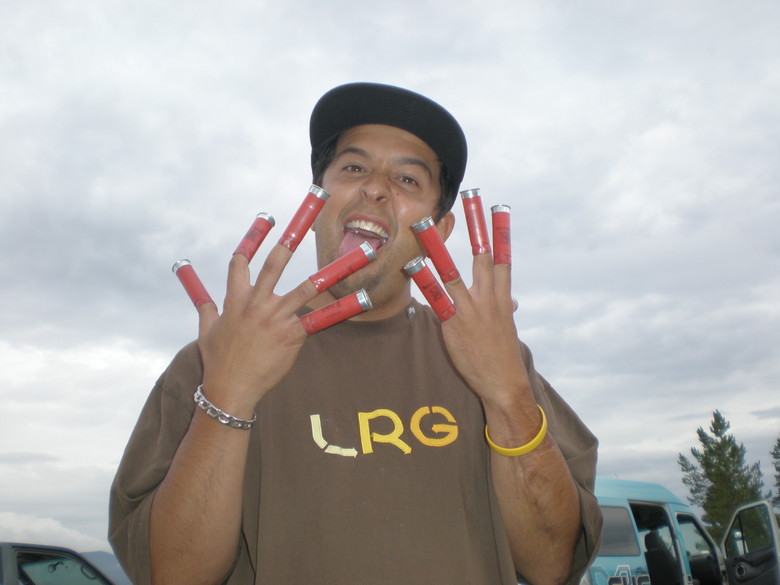 Drop some knowledge about your current trail bike setup...get specific, son!
Well my trail bike and cross country bike are from the future so you will just have to just keep living for a while before you see those. However the bike I’m enjoying a ton this time of year is my 160mm all-mountain-shred-anything bike. It’s a large Tomac Vanish (I know a guy who works with a guy who is a guy who has an in with the Tomac people). I dig this bike because it has great angles, a good leverage ratio that’s easy to turn to perfection, and a suspension design that just flat out works!  Right now I have it set up as my winter do-everything bike which is why I’m running the Vector Coil. I have been playing musical shocks between our Vector Air, Vector Coil and O2 line depending on the riding I intend to do. The fork stays consistent with our 170mm Vengeance HLR. Occasionally I drop it to 160mm if I know it’s going to be a suffer-fest with some of my favorite local riding buddies, Curtis Beavers and Jeff Kendal-Weed. As for my specific setup, I like large bikes with short cockpits.. This gets me the wheel base for stability and I keep good control with the wide bars and short stem. Even on my XC bike I run a 50mm stem. 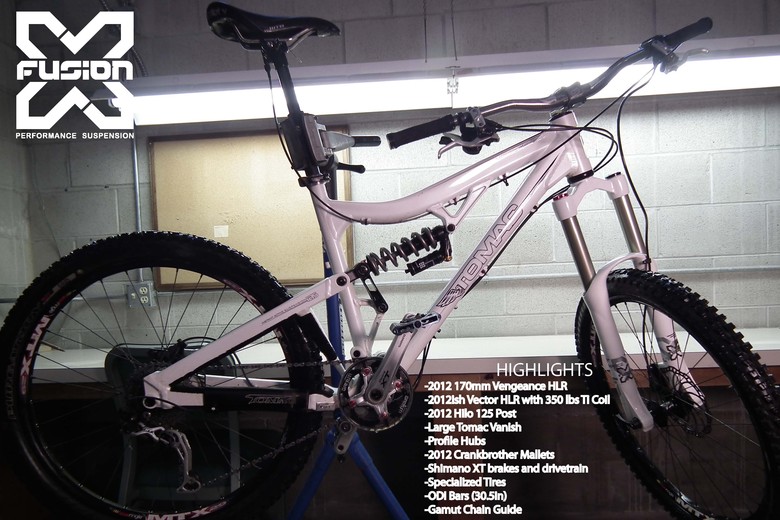 If you could have one do-over in life, what would it be?
I wouldn’t have tried to eat my burrito from Taco Bravo while driving my Mercedes home in the rain.. Rest in piece my sexy black on black friend. =[

Who's the most under-rated rider on the World Cup circuit?
I don’t think any of the riders are under-rated. Internet nerds and media folks are so on top of the coverage, we know everything about everybody that’s anyone!