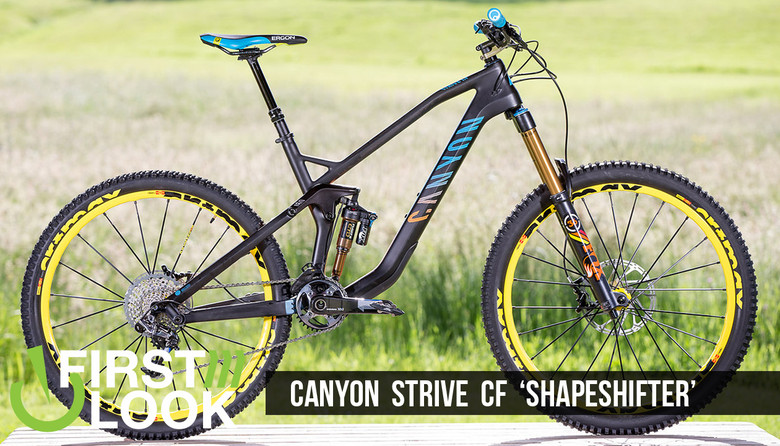 Making a bike that climbs like an XC rig and descends like a DH sled has been the goal of pretty much every manufacturer with a 160mm bike in their catalogue since way way before a certain special word was invented to describe riding a knobby-tired bicycle up and down a mountain. The inherent problem with this eternal equation is that traveling uphill requires a fundamentally different tool than when you head back down said hill. It's not only about weight, nor is it only about geometry - it's about a total package that is put together in the optimal way to tackle the task at hand.

Many companies have tried to come up with solutions that involve the on-the-fly tuning of the shock and fork (ProPedal, lock-out), changes in shock travel (Cannondale, Scott), or even changes in fundamental geometry (Bionicon). But to this day, none have really managed to find a solution that actually affects ALL these aspects in an uncomplicated and non-proprietary manner. Canyon's new Strive looks like a pretty big step in the right direction... 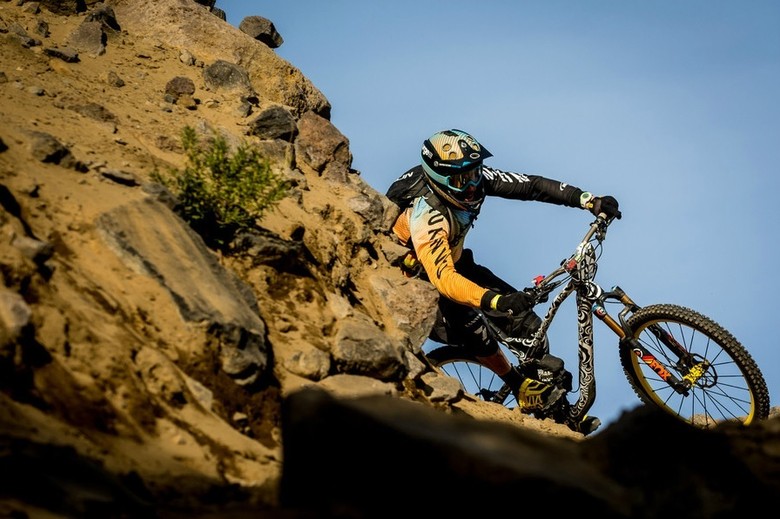 What Fabien Barel and the rest of the team told Canyon was that they wanted an XC bike on the climbs, but a DH bike to go back down. Canyon took the task to the drawing board and came up with a mechanical system that changes the BB height, head angle, rear wheel travel, and the suspension linkage ratio on the fly and all with the flick of a single, cable-actuated switch. Better yet, the system is built around a standard issue rear shock.

What is particularly interesting with the Shapeshifter solution is that it is based on mechanical components and acts by changing the starting point of suspension travel (and thus BB height/HA) as well as the amount of rear wheel travel and the shape of the leverage curve. Not only do you get shorter travel in the XC mode, you also get a lower leverage ratio, effectively making the suspension stiffer without adjusting the air pressure of the shock itself. In DH mode you get a higher leverage ratio, making the suspension more supple while still ramping up towards the end of travel thanks to the progressive characteristics of the air shock. The fact that sag as a percentage also changes between the two modes is testament to the change in leverage ratio, and again, this provides a neat solution to the issue of building a dual-personality bike. 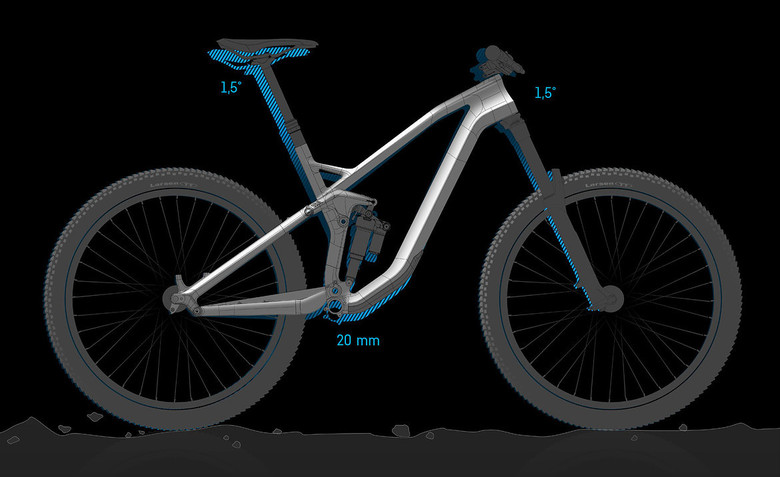 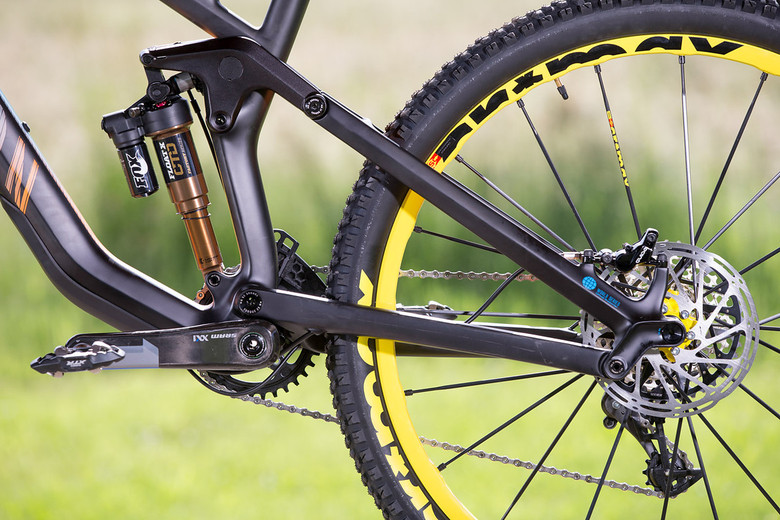 So you get two bikes in one, but it doesn't stop there. Canyon has taken note of the trend towards longer top tubes and shorter stems (no big surprise with Fabien Barel on the team - Fabien was instrumental in pushing the concept when he was with Mondraker), but rather than impose a radical geometry change on everybody, Canyon offers a "Race" version of the new Strive in addition to one with "Regular Geometry." The Race Geometry model has a longer TT with the rest of the frame remaining identical, creating a longer bike for those who favor high speed stability over out-and-out maneuverability. Race Geometry models are delivered with shorter stems to offset to the longer reach. The goal of Race Geometry is not to provide a longer bike at the handlebars, but a longer front center and longer wheelbase without affecting the general riding position. The chainstays on both bikes are identical at a very short 423mm. 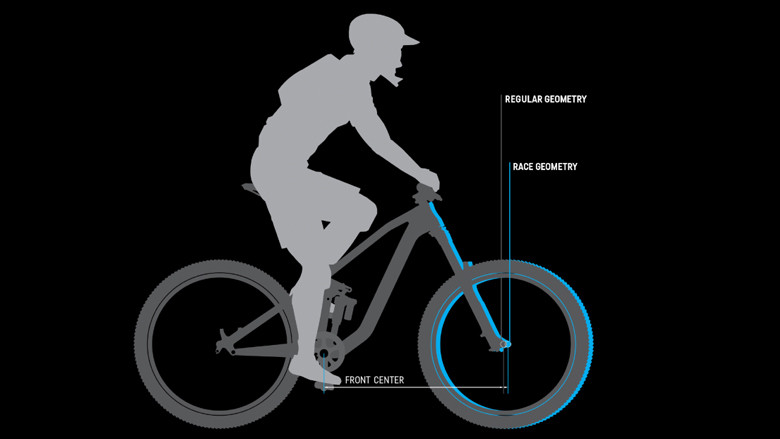 Aside from the radical new Shapeshifter technology and the fact that you can choose your front-center length, the new Strive is impressive in and of itself. Built for 27.5-inch (650b) wheels, the carbon frame is said to weigh just 2.4-kgs / 5.3-pounds (including the Shapeshifter which adds 200-grams / 0.45-pounds) while still being able to deal with the abuse of racing enduro on the world stage. Internal cable routing - check. Built-in frame guards - check. In terms of build kits, there is the typical mix of high-end components that we are getting used to seeing on bikes from the big consumer-direct brands, with the "entry-level" 8.0 Race offering still sporting a RockShox Pike, SRAM X01, and a smattering of Renthal and RaceFace parts coming in at 12.7-kgs / 27.8-pounds. As a consumer-direct offering, we also note the particularly competitive price points for all the builds. 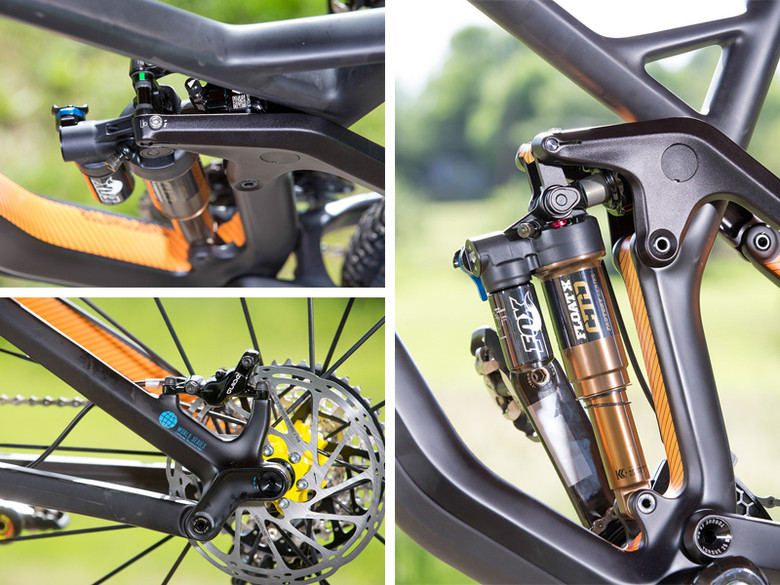 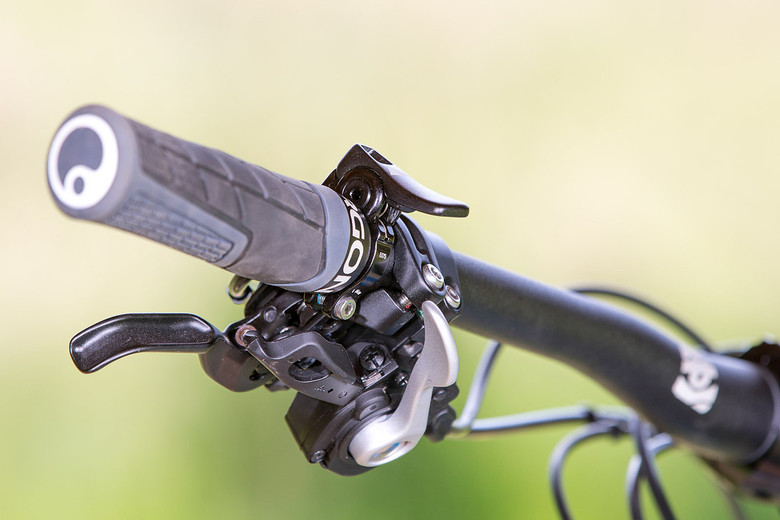 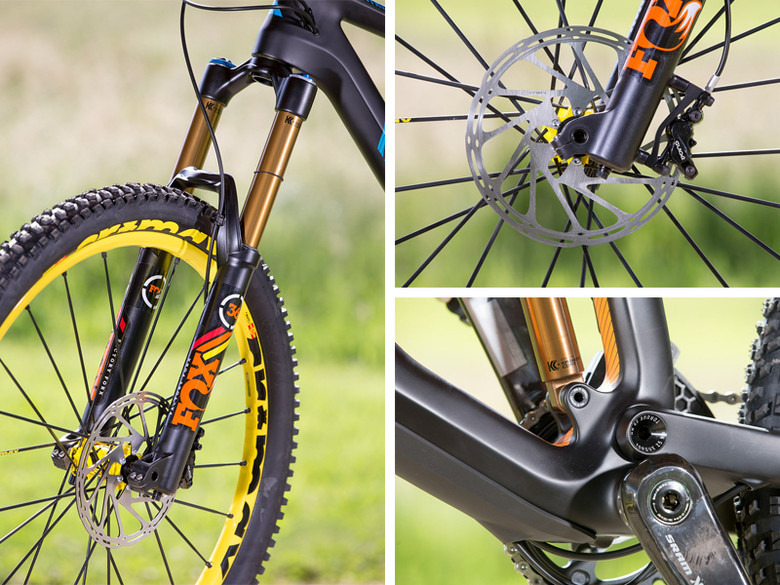 It certainly looks as though Canyon has come up with a very viable response to the old "Swiss-army-knife-of-bikes" challenge. Until we've had a chance to ride it we can't know for sure, but the solution seems elegant and holds a lot of promise. For now, dive into the build kits and specs below, and get ready to start seeing the bike on a trail near you as of July. Note that Canyon does not ship to North America at this point. 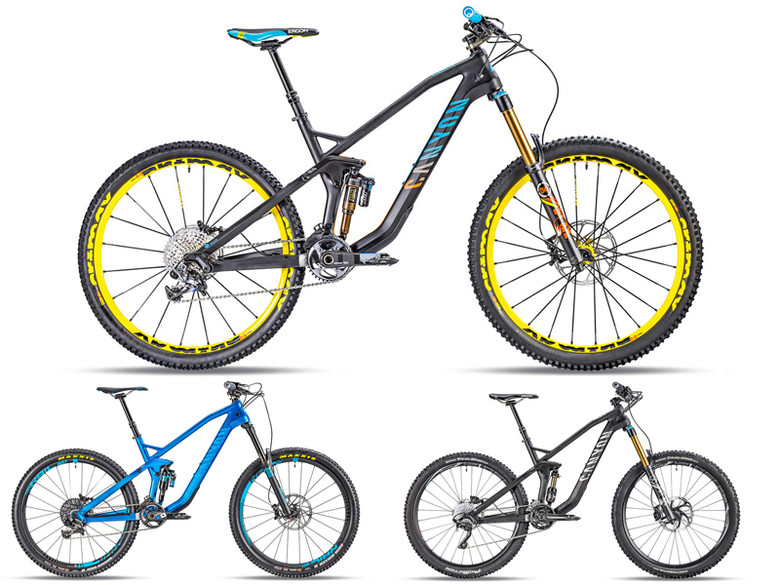 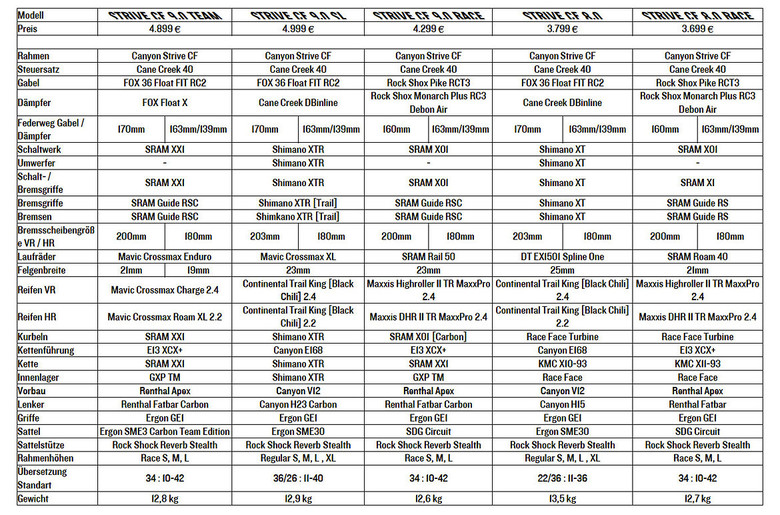 Photos by Canyon and Jeremie Reuiller unless otherwise noted.

Watch Fabien Barel and crew get rad on the new Strive.