The gold may be nearly gone, but there's another treasure to be found in the Lost Sierra. 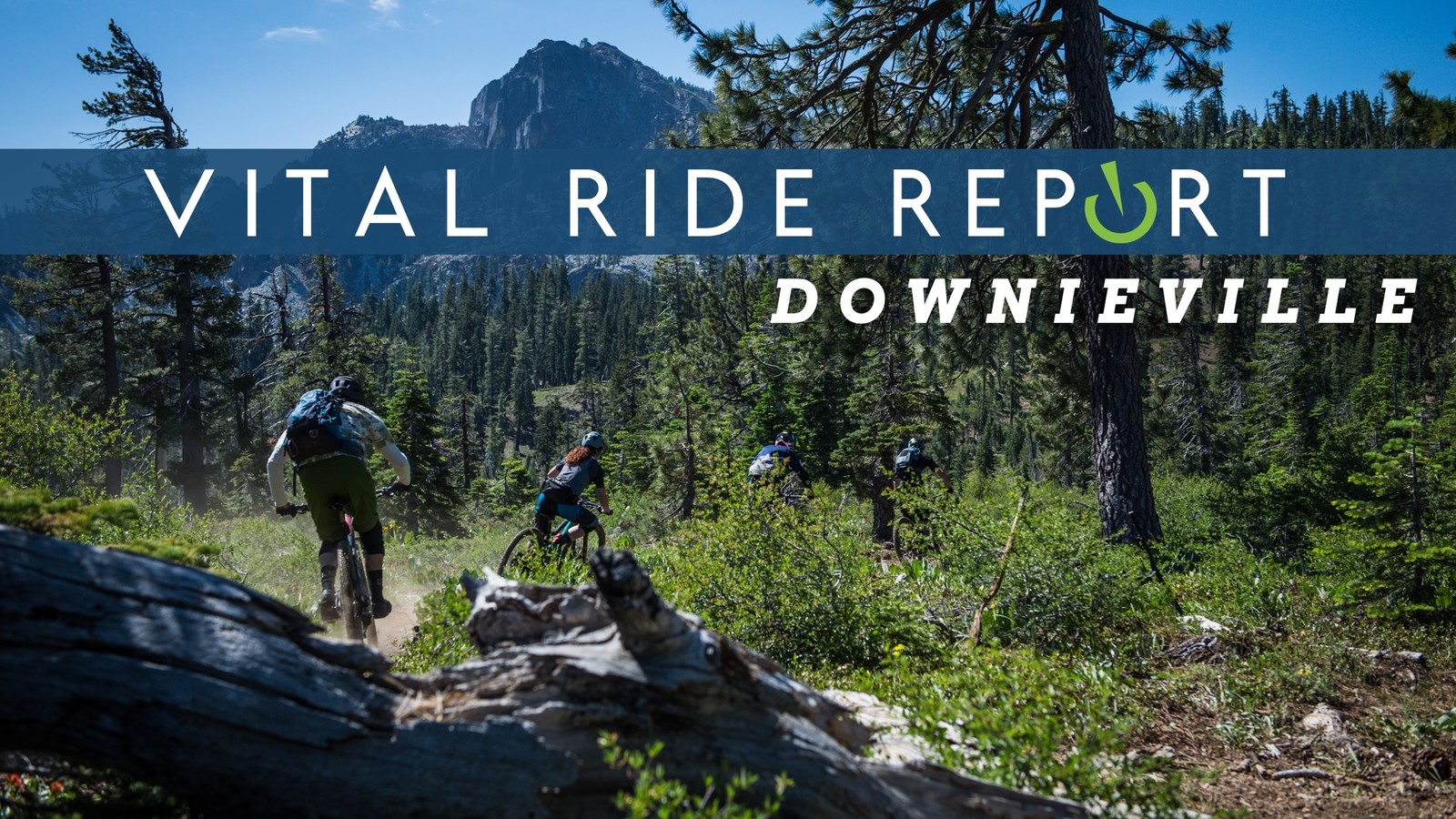 In the autumn of 1849, with the California Gold Rush in full swing, the Scotsman Major William Downie led an expedition up the North fork of the Yuba river. At the site where Downieville now sits, they struck lucky. Fed by fever for the previous metal, Downieville quickly grew to a population of over 5000, and only narrowly lost out to Sacramento in its bid to become the state capital in 1853. After years of intense mining, the town had significantly declined by 1865, and only survived due to its status as the seat of the Sierra County government. Today, Downieville has about 280 permanent residents. 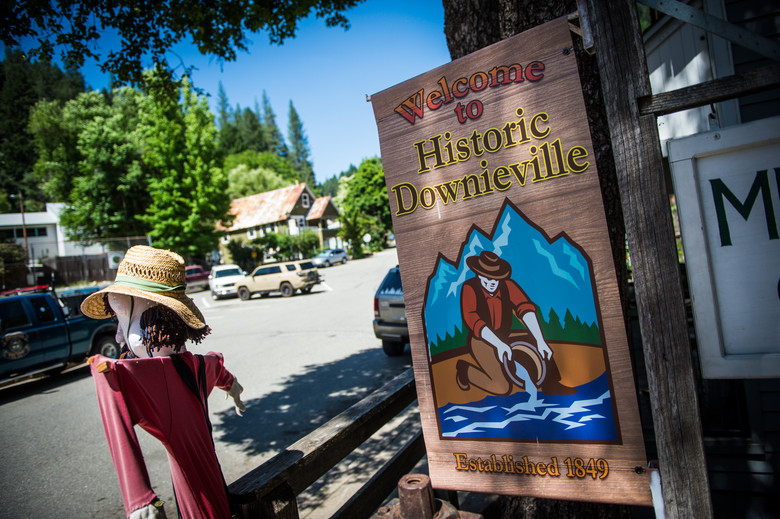 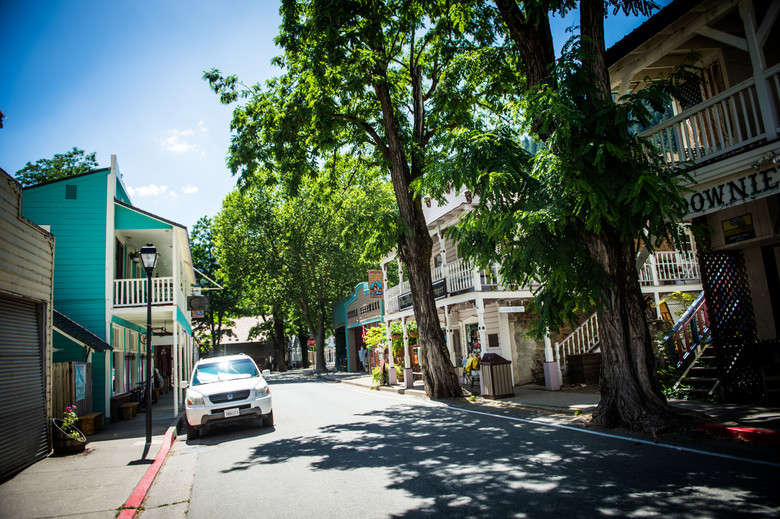 The gold may all be gone, but the Gold Rush explorers left something at least as valuable behind: their trails. Crisscrossing the valleys and peaks of the entire area, they were used to get around, but in 1990, somebody thought it would be a good idea to ride a bike on them too. Greg Williams’ family has been connected to Downieville since the Gold Rush days, and so it was only logical that he would put two and two together: his love for bikes and his roots in the area. He started organizing "metric century" MTB tours (60 miles) on the Chimney Rock trail, originally without shuttles. These were mainly set up as fun rides, with an aid station along the way. 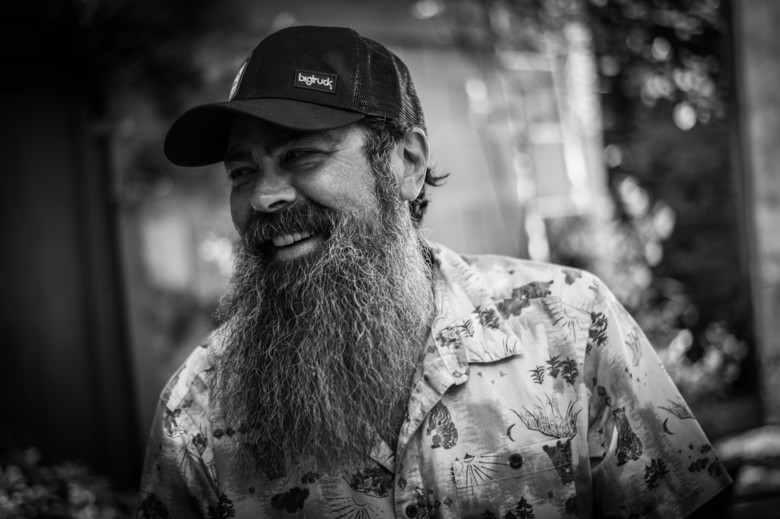 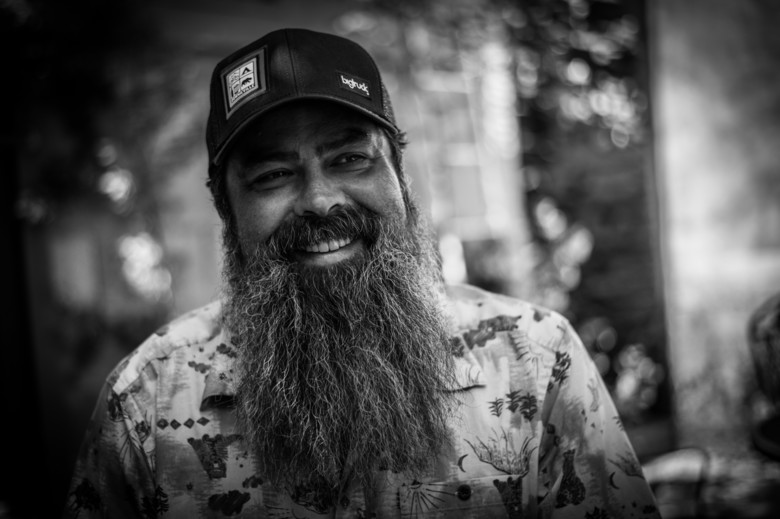 In 1993, Greg started running more organized trips. They were still guided only, no shuttles, bringing people from Nevada City up to get to know the trails of Downieville. Again, a lot of the trails were here already, but people didn’t know about them - yet. Building on the early success of the guided tours, Greg opened his first bike shop in Downieville, housed in just a 10x15 space. Using shuttles to get to the top of the trails started getting popular, so Greg set up a one-van shuttle service based out of the shop. As time went on, shuttling took the place of the guided rides. Customers would get a map and a lift up to the top, and ride down by themselves. 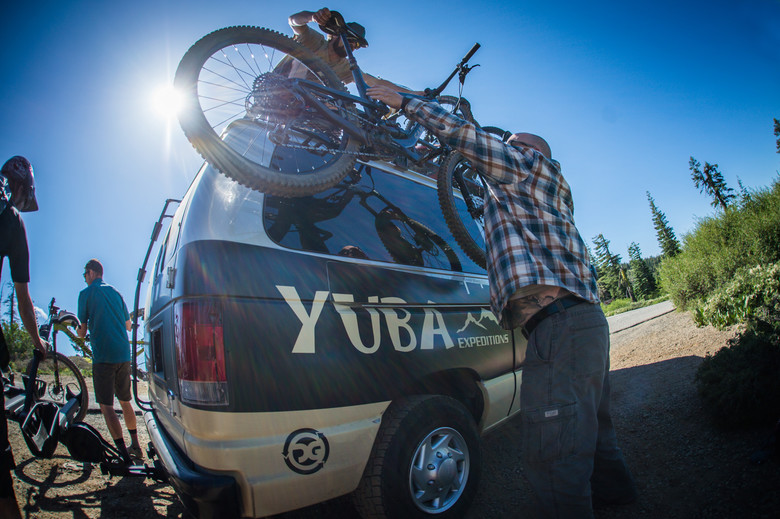 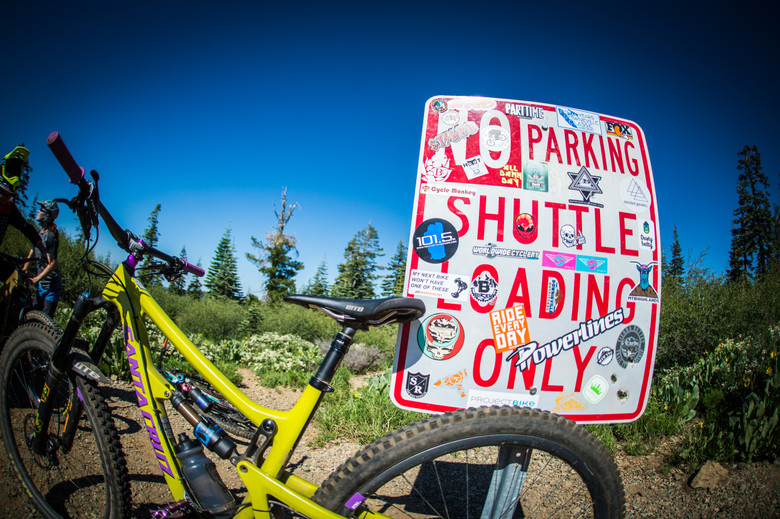 In 1995, the first ever edition of the Downieville Classic put Greg and Downieville on the map for good. That first year, they had 277 racers take part. Today, the race sells out at 1150 riders over two days of racing. 800 riders are released in waves onto the grueling Cross Country course, a point to point race taking in 4500 feet of ascent and 5700 feet of descent. Out of those racers, 350 are also “All-Mountain” riders who will do the DH on the Sunday, where riders are set loose with 30-second gaps on the infamous Downieville Downhill course (15 miles, 5300 feet of descent with 1000 feet of ascent thrown in for good measure). You have to complete the Cross Country course within 3 hours to be eligible to line up for the Downhill. The All-Mountain classification combines both races with points system and the overall winner is crowned the “All-Mountain World Champion.” This is a self-bestowed title, but as Greg likes to point out, nobody has challenged it so in true gold-digger fashion, the claim has been staked and that's the end of that. Having ridden the course, we don’t feel like it’s inappropriate at all…it takes a well-rounded rider to slay this beast, for sure! 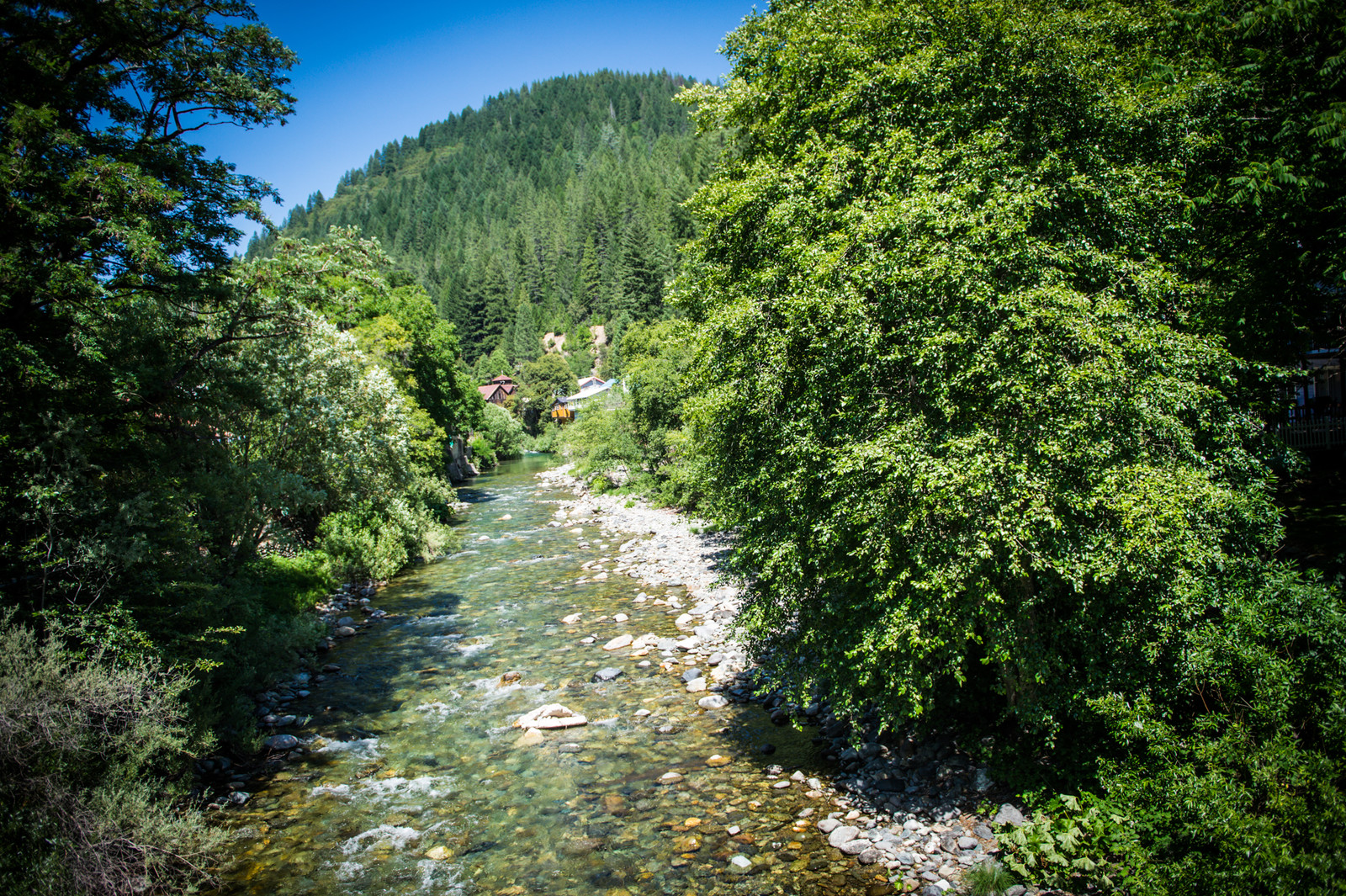 If you hit this trail at mach silly and don’t make Star Wars speeder sounds as you weave through the trees, you’re either too young to know what you’re missing or too boring to know how to properly enjoy yourself.

After crossing the river and climbing out of the Butcher Ranch trail (and maybe resting for a bit), you are at the top of the Third Divide, positively one of the fastest bits of singletrack we’ve ridden to date. If you hit this trail at mach silly and don’t make Star Wars speeder sounds as you weave through the trees, you’re either too young to know what you’re missing or too boring to know how to properly enjoy yourself. 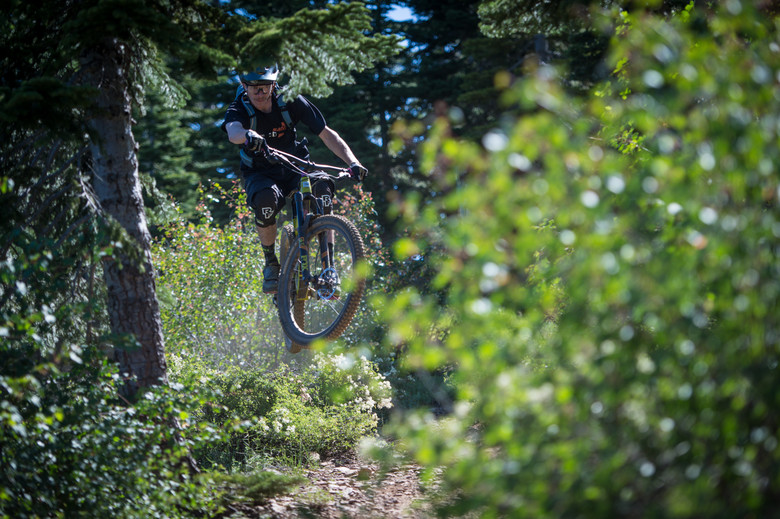 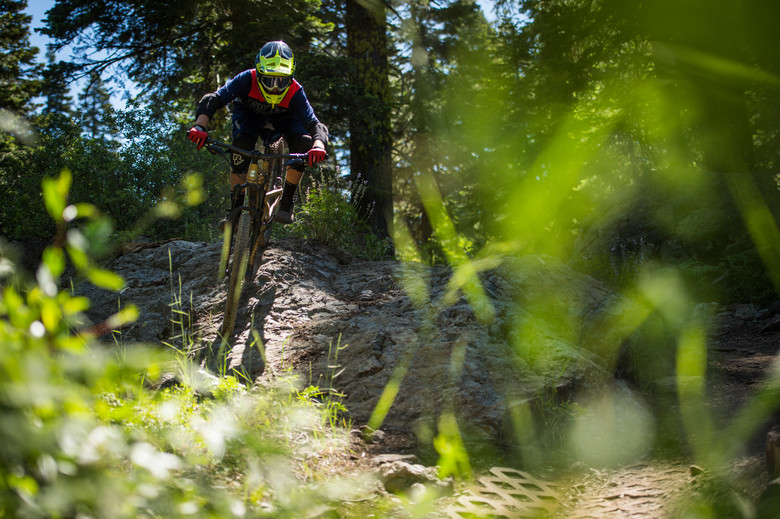 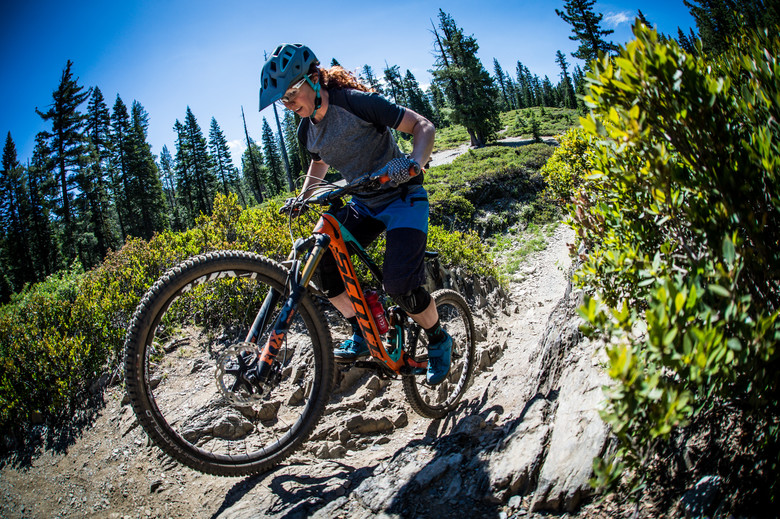 We took our time riding these trails as we were also working hard to bring you the shots to do it all justice. The race record for the route we rode is 45 minutes, but getting anywhere near the 1-hour mark requires a serious dose of fitness and solid technical skills. Pinning it is only half the story here though, as the area is also very beautiful and worth the occasional breather break just to take it all in. 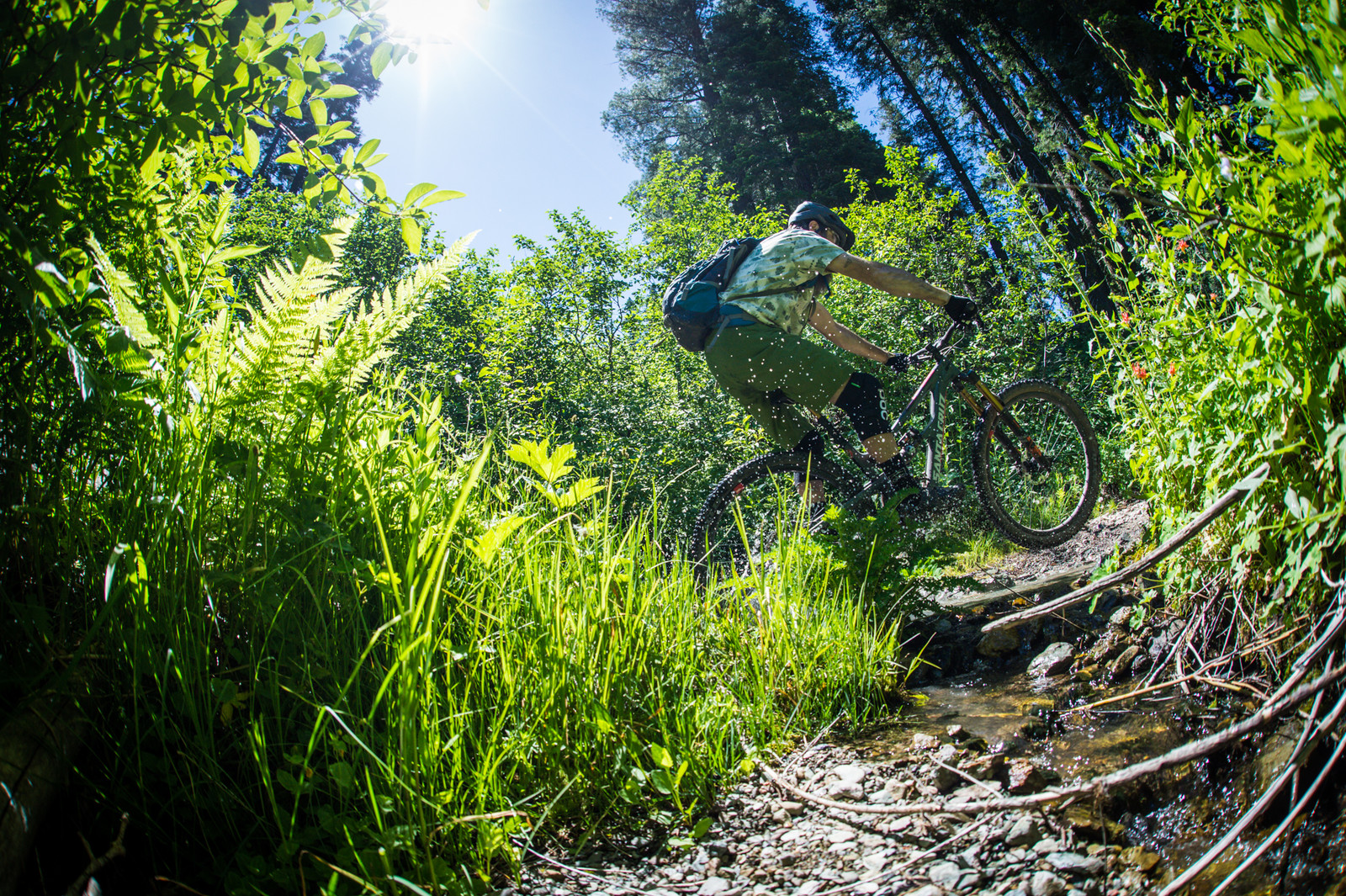 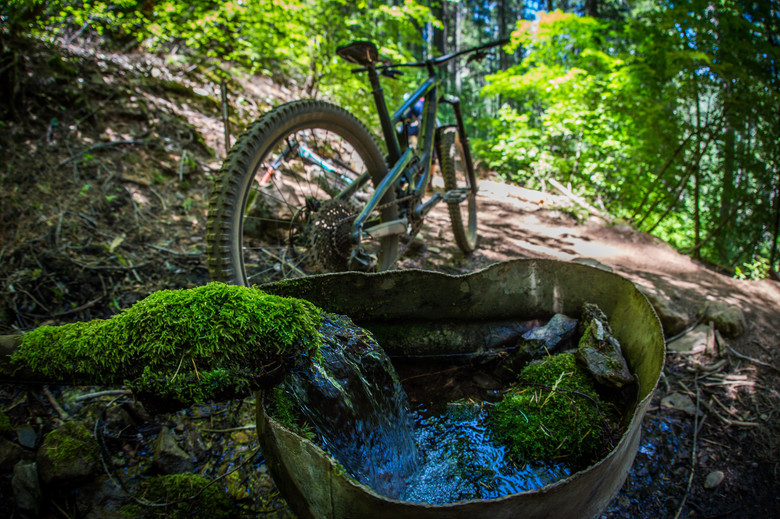 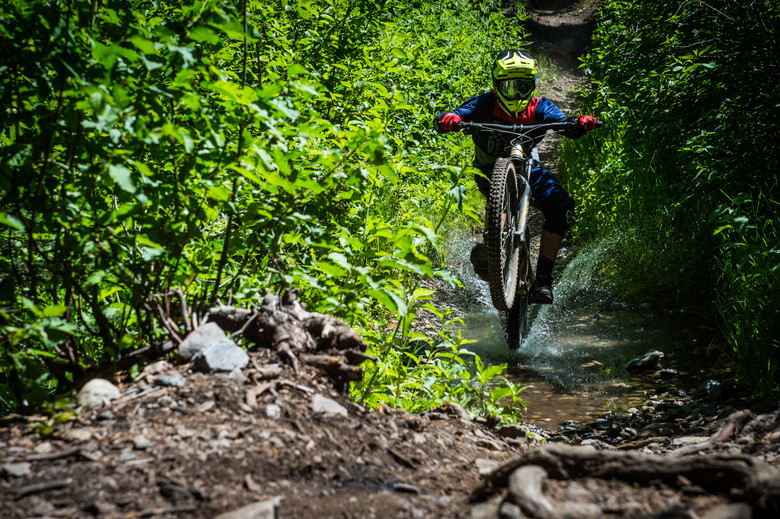 The ride ends with a bit of a slog along the river, followed by the last stretch of road back into town. From there, you can hop on another shuttle, enjoy some fine local cuisine, or dive into the icy cold Yuba river to recharge your batteries! 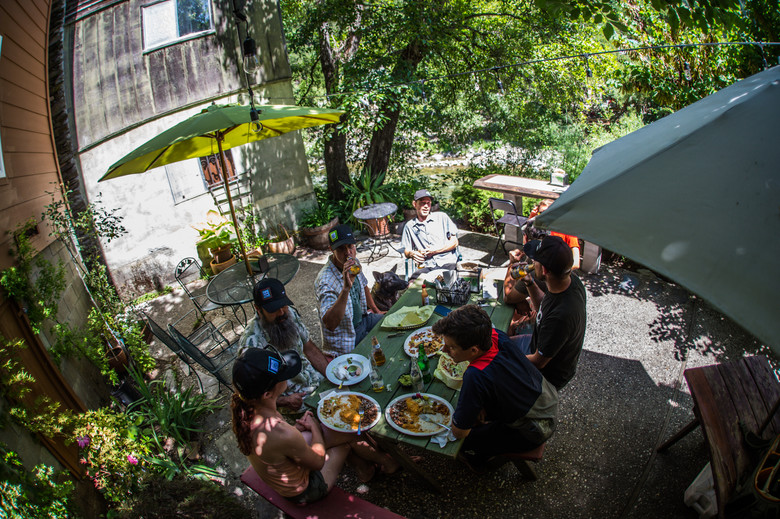 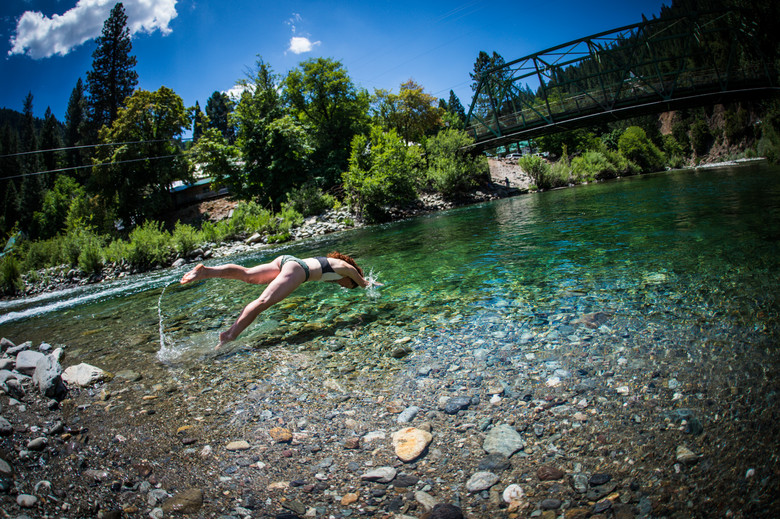 Tempted? Hit up yubaexpeditions.com to book a shuttle and/or a bike, or the Sierra Buttes Trail Stewardship to learn more about how you can get involved in the second coming of the Northern California Gold Rush and help safeguard this incredible legacy of trails for generations to come. And if you feel up to the challenge, try to book a spot in the Downieville Classic (good luck, it typically sells out in a matter of minutes!)

For this adventure we rode the latest generation Santa Cruz Nomad CC, with a high-end SRAM/RockShox build. This bike proved to be the perfect companion for the type of riding on offer here, with enough climbing abilities to tackle the uphill portions with ease, and downhill performance not easily rivaled by anything with less than 200mm of travel. The bikes are part of the large Santa Cruz demo fleet held by the shop (also featuring Hightowers and Hightower LTs), and were in perfect working condition. 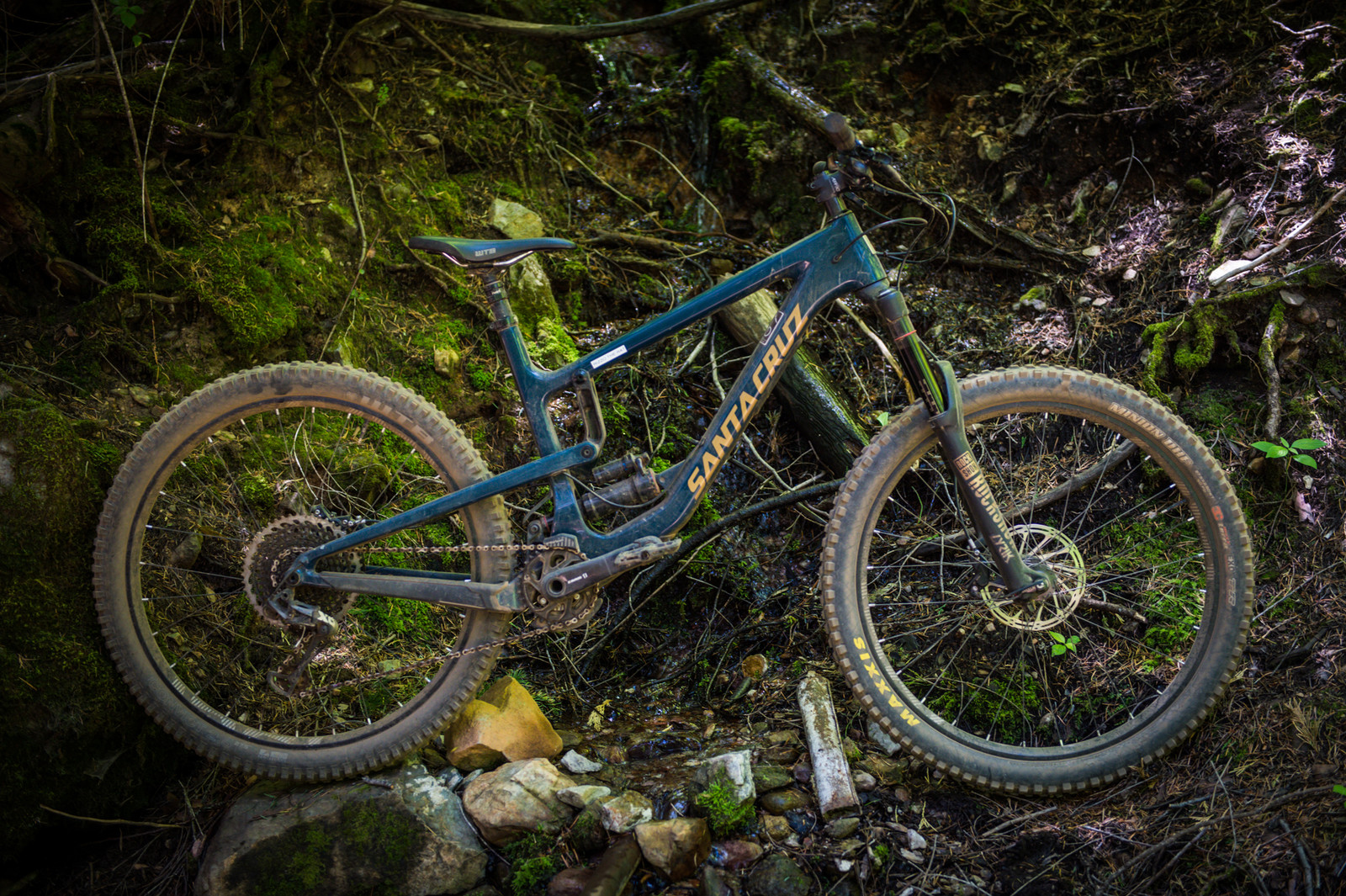 Words and photos by Johan Hjord