The port city of Ensenada, Mexico, comes to life in November as the venue for a diverse series of competitions. The town with a population of 300,000 hosts the Downhill Urbano race that forces mountain bikers through the narrow corridors and stair sections of its downtown neighborhoods. Shortly after,  the legendary SCORE international Baja 1000 off-road race drops the gate on hundreds of cars, trucks, buggies and motorcycles in Ensenada. This year, few world champion DH racers and freeriders were even attempting to conquer the grueling off-road course that finishes 1000 miles south. The weekend following the Baja 1000, the 13th annual Ensenada Downhill Extreme race was held in the foothills of the port city. Ensenada's action sports base is growing rapidly and with so many events, supporters, and energy, (not to mention the lack of red tape and bureaucracy) the potential for a strong future looks promising. 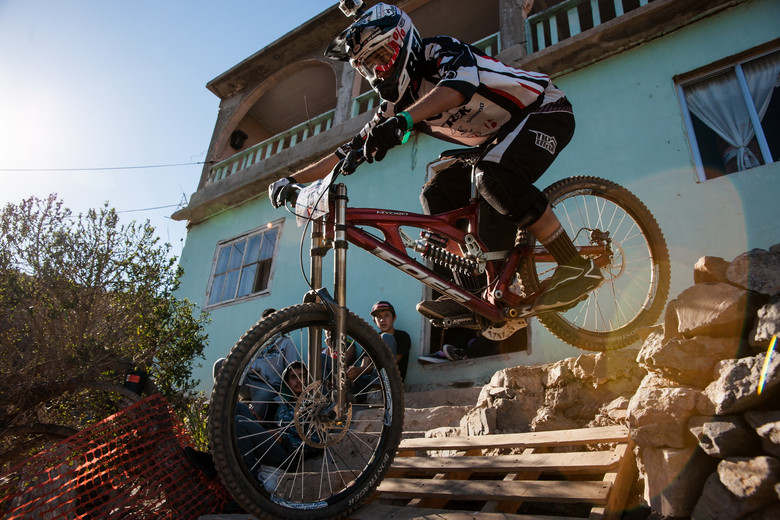 Now in it's 5th year, the Ensenada Urbano race challenges mountain bikers with a variety of terrain and situations. Wide, steep street descents transition into narrow, spectator-filled stair sections while deserted dirt lots with rock sections lead to a residential corridor. The course finally finishes inside a bar! No big deal. Stairs, dirt, jumps, rowdy fans and a party atmosphere were all part of the show and made the race a real event. This was the race locals were talking about all year. The fifth edition of the race debuted a brand new course 1.3 km in length with an 85 meter elevation drop and over 100 steep, tight, rough stairs. 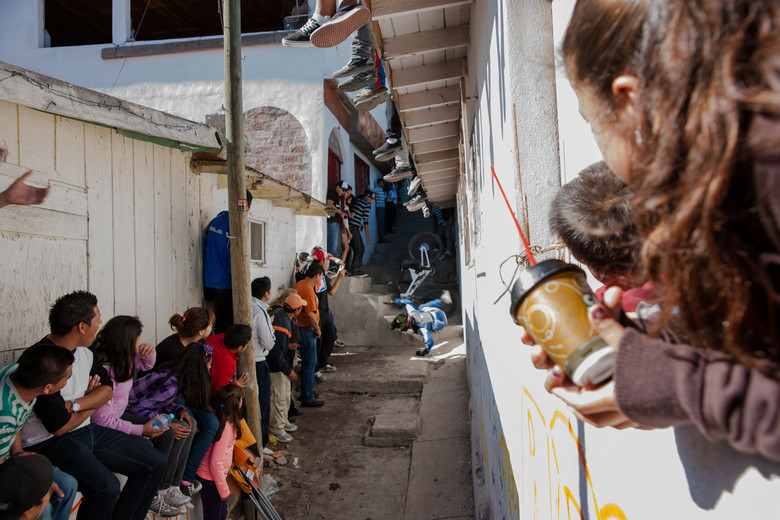 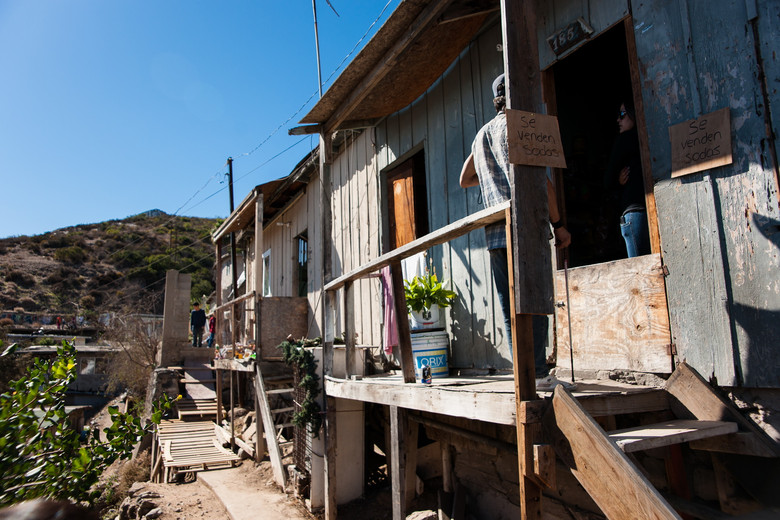 This year, a group of US racers (as well as a few "retired" racers) made the short drive south from California to duke it out with the locals. The results were close, with Trek Satellite/ODI/Incycle racer, John Buckell taking the win. Former LBR and Norba National underdog, Sanjay Shanbhag, was not surprisingly fast enough to grab second place and local ripper, Gerardo Gonzalez, round off the the podium spots with a well-deserved 3rd place. The 2013 Ensenada Urbano will take place on the weekend of November 9th and 10th. 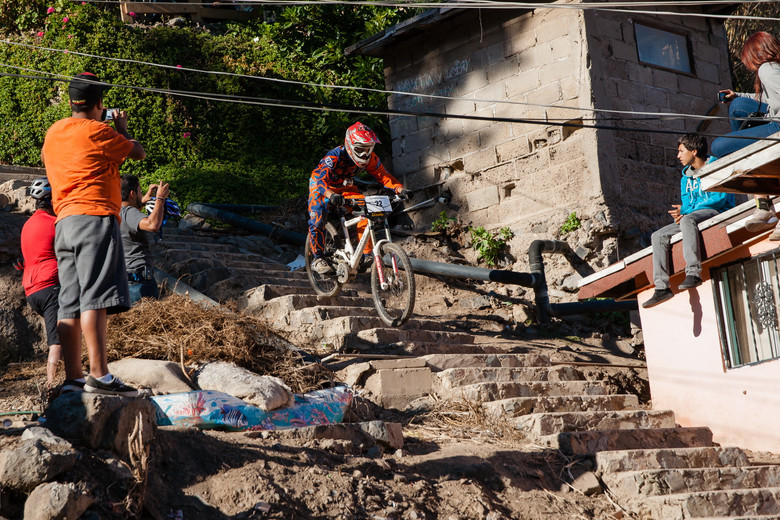 Back in the Year 2000 when SoCal Racers still had the luxury of having a lift-assisted race venue within a few hours of home...a race organizer in Ensenada that went by the nickname of "Taz" organized his first Downhill Extreme race in the foothills outside of Ensenada, Mexico. After that race, "Taz", who's real name is Johnny Murillo would have never envisioned, his "Ensenada Downhill Extreme" race would still be going strong some 13 years later. 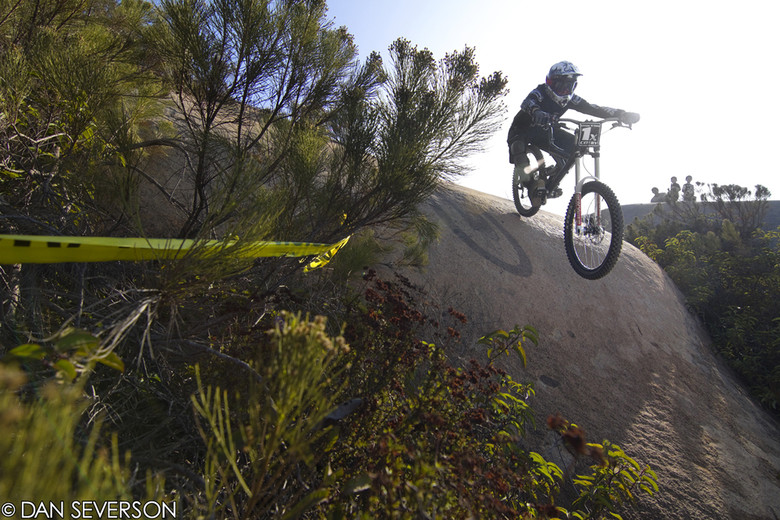 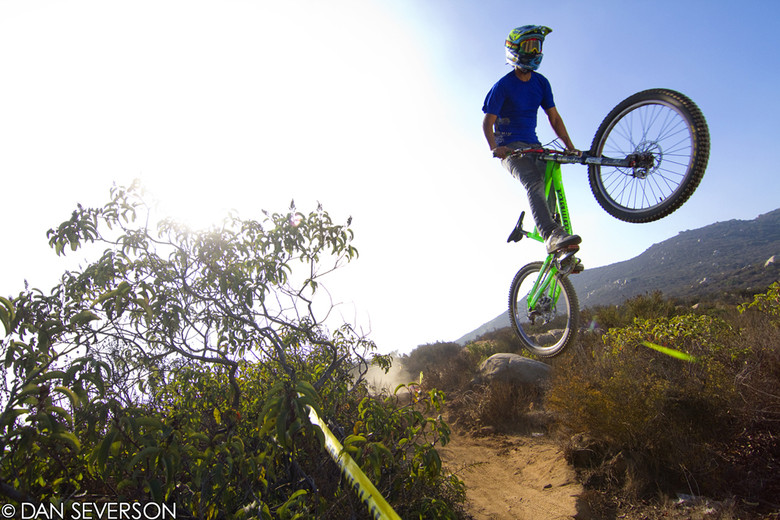 The hills outside of Ensenada provide a perfect venue for the yearly race, which features a new track in the same area every year. Some years the course is heavy on the rock gardens and berms, and other years, like this one, Taz decides to rent earth movers and make some serious jumps. The course featured some 30+ foot doubles and triples that flowed incredibly well. Boulder sections, road gaps, and high speed sections made the course as well-rounded as they come. 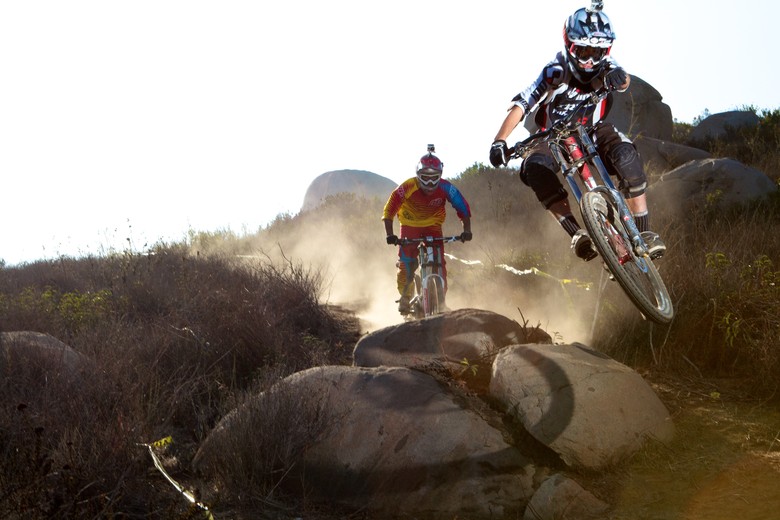 The course had racers smiling from ear to ear when they crossed the finish line and the racing was tight. Trek Satellite/ODI/InCycle racer, John Buckell, fresh off his win two weeks earlier at the Ensenada Urbano race took the top spot once again on the natural terrain of Downhill Extreme. Long-time SoCal shredder, Alfonso Garcia, earned 2nd and Gerardo Gonzalez backed up his 3rd place at Urbano with a 3rd place this weekend. 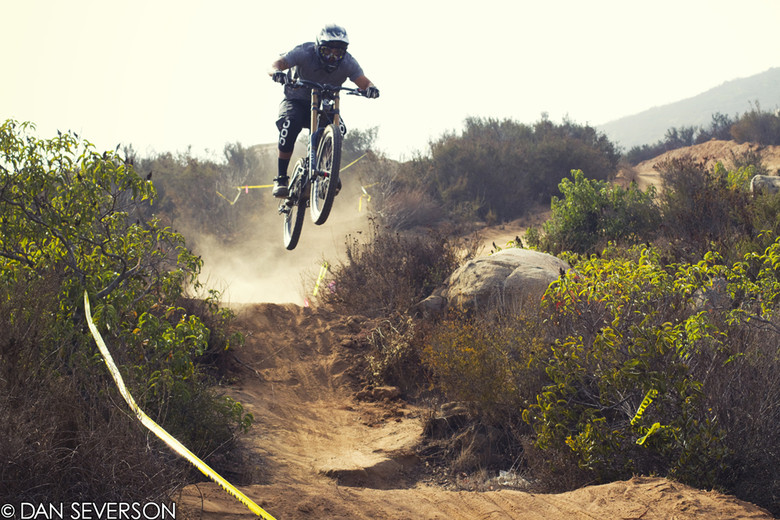 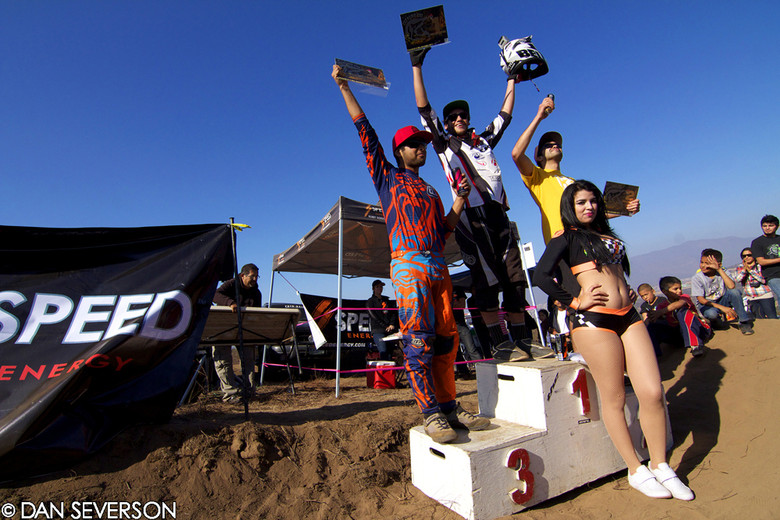