Day Seven Trans-Provence - The Battle For Monaco And The End Of The Journey.

• highlight: lofty views high above the med, as a backdrop to the Côte d'Azur's rocky, adrenaline-fuelling trails

The contradictory feeling of sadness at the ending of a long journey , but happiness that you've succeeded and that the end is just 30 km 's away is a constant push and pull inside from the first pedal stroke of the morning till the salt sting of the Mediterranean against scratched and tired skin in the afternoon.

With the racers, whether Pro or expert they have all regardless of position given their all, don't think that the battle between the top five expert racers has been any less fought for than the top five pro's , the battle for 18th and 19th may well have been a bloody tussle since day one for those two riders and down to the last loose drop on the road above Monaco.

The riding today is relatively less hard than most of the others - but still after the first small climb to the Start of Special stage 23 you're heading into a 600 metre drop over only 5km's. Initially quick but a reasonably straightforward singletrack drop leads inevitably in to the loose cornered switchbacks that have characterised the last couple of days riding, interspersed with sets of unevenly spaced small steps it's a mini 1000 press up's to test the arms one last time.

The special ends in the valley of the dogs - not the real name, but we left to the howling of hundreds of canines staying in kennels nearby awakened by squealing brakes and the noise of a winner or loser in the tyre and traction game high above them , the noise does not encourage lingering and the urge to finish is strengthened .

The final climb proper leads the way to the to the final stage of this year, Special stage 24. Before you get there it's 12km between you and of road climbing, but not just any road climb. Nothing but the Infamous Col de la Madone. Made famous by countless tour riders but of course especially Lance and the bike named after it. After the carrying and pushing up near vertical slopes the competitors have been through over the last six days it 's a joy to gain altitude via constant gradient and tarmac. From the top of the road proper the route leads through the distinctly eery Military base that marks the summit ,with skull and cross-bone signs all over the place we hope it's not a portent for the final run down into Monaco.

The final stage itself looks down straight into the hi-rise offices and flats of some of the worlds richest people while were still on the gas for the final timed section . Special Stage 24 is an odd combo of woodland loam initially ,before turning into fist sized marbles on dust for the second third interspersed with whipping bushes, before one final dusty rush of singletrack (watch out for that drop off hidden by the tree! ) and it's done - the last time the timing chip will be bleeped - the last time you have to worry about how long you took, it's still a fair descent in to Monaco proper including plenty of Urban step riding ,but the clocks stopped clicking .

Beers on the jetty followed by more beers along the sea front on the way to the campsite for the night, with even more with dinner ended a perfect week .Some of us slept under the stars before starting our journeys home on Sunday,and the count-down till Trans-Provence 2012. 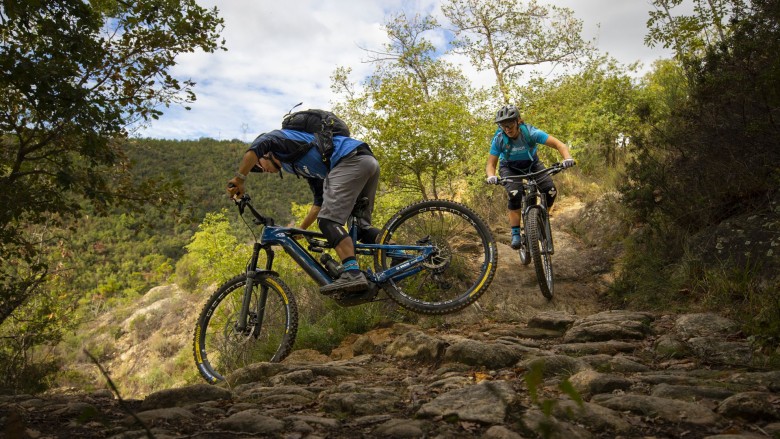 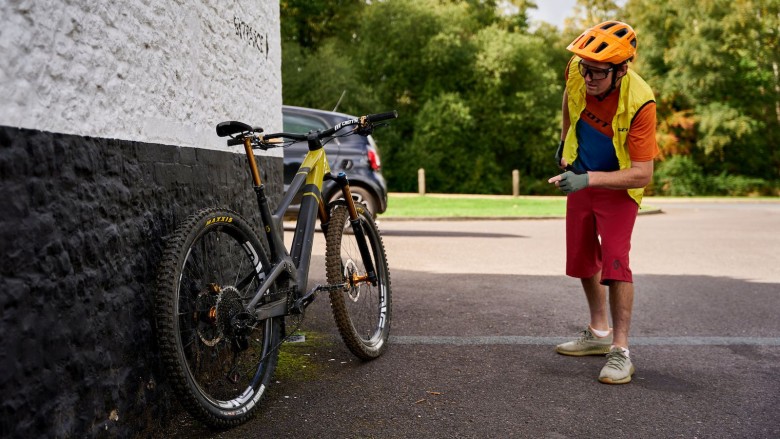