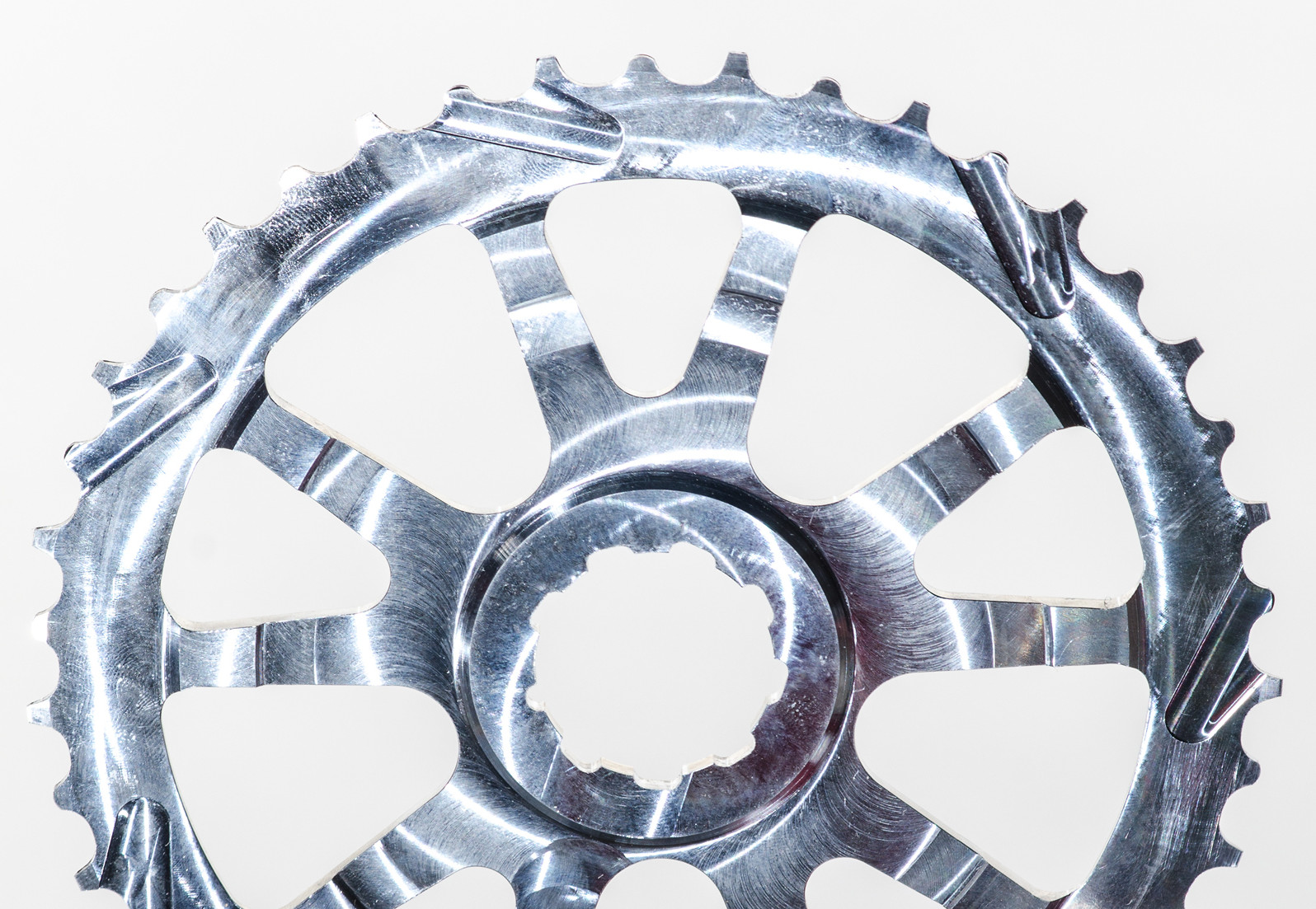 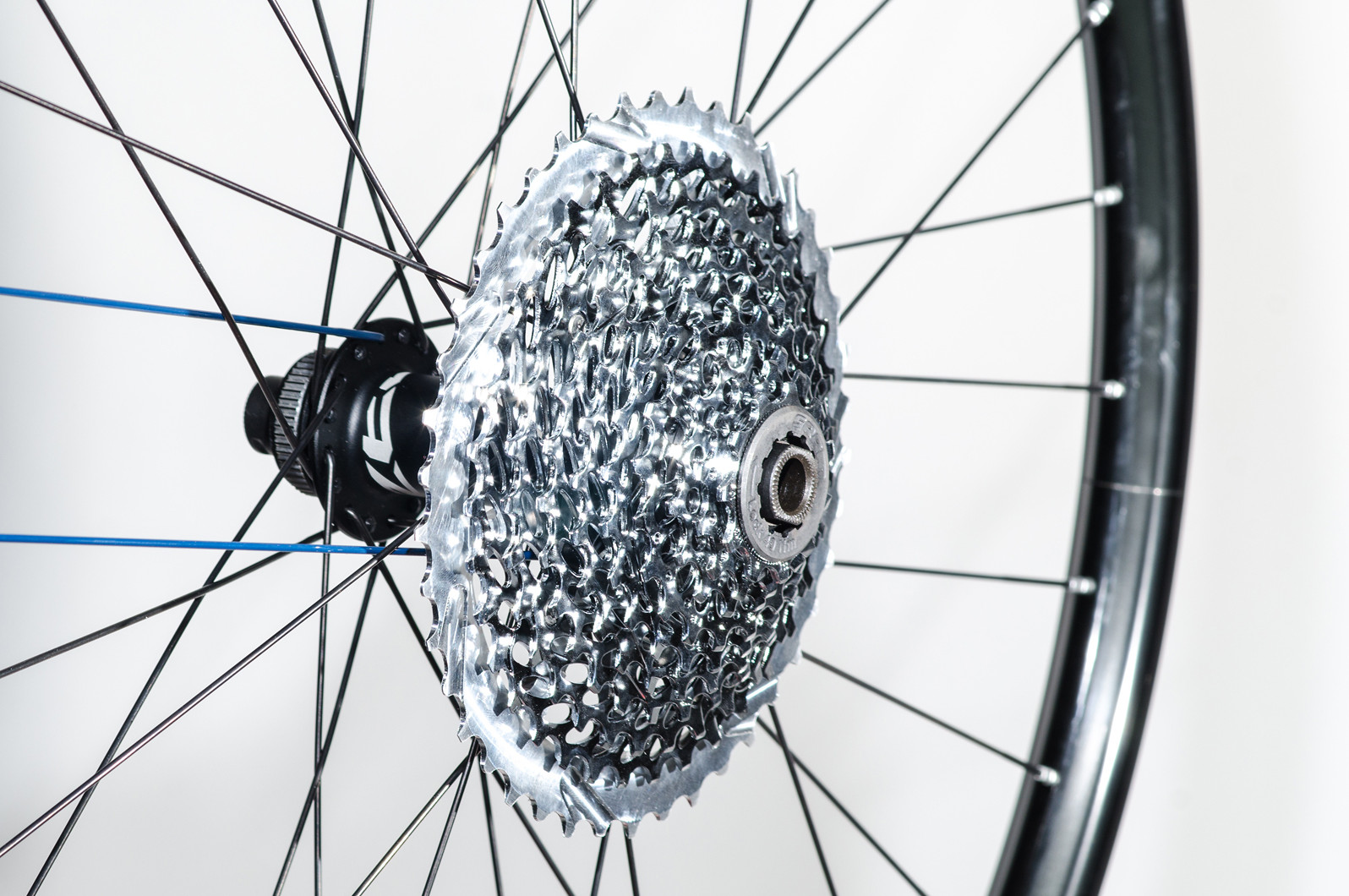 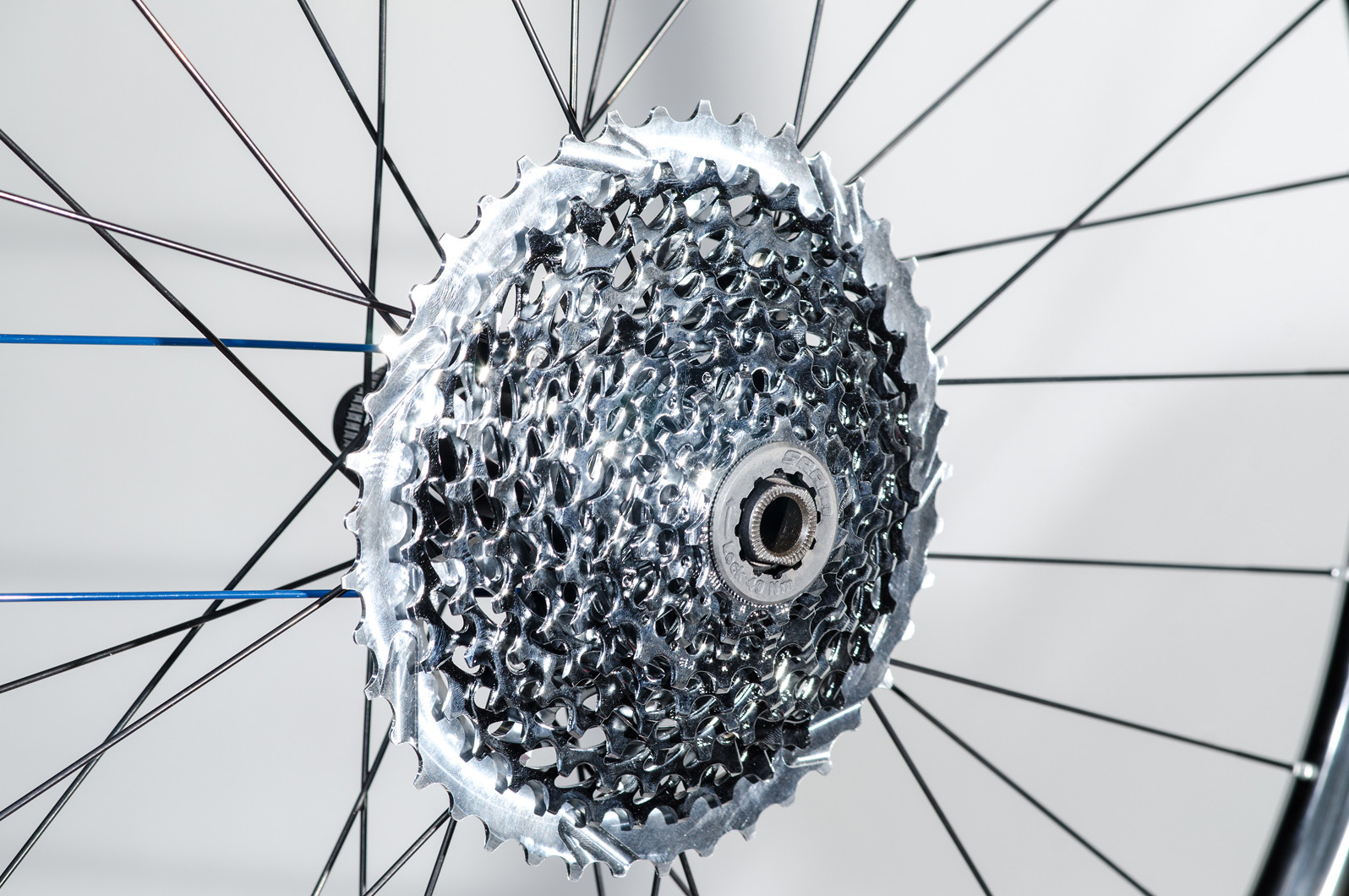 When I started riding, everything was 8-speed and it worked pretty well. Then came 9-speed. Then came 10-speed. And yet all this time there was still a pesky thing in the way called the front derailleur. When I was younger and more spry, I would just hammer through on 1x8, 1x9, and 1x10 set ups. Now I’m a little older, a little more tired, and have to spend my money on things like paying off student loans for a useless degree and rent so the current crop of 1x11 options that work amazingly well are just out of my practical grasp. So I had high hopes for solutions like the BFC from Guerrilla Gravity to open up the range found in the expensive 1x11 systems and give my legs a fighting chance on the steep climbs in my area. 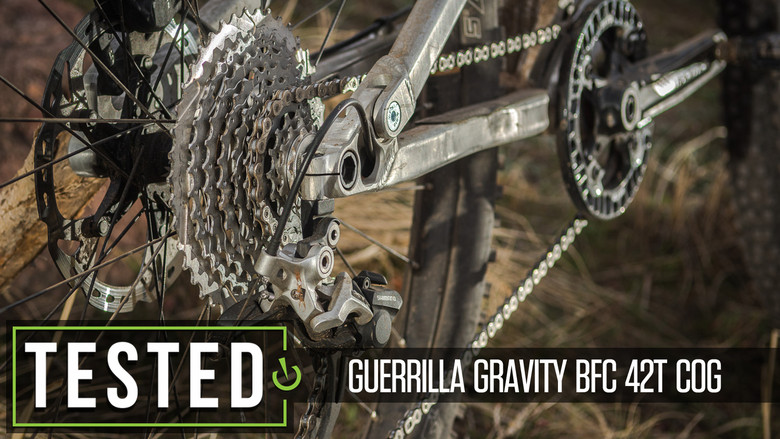 Installing the BFC was a breeze after the stars aligned. Getting the stars to line up was another story. My previous set up was a hand-me-down SRAM XX cassette and a short cage X0 10-speed derailleur. Problems. The XX cassette is one piece through the spread so removal of the 17t cog is not an option to accommodate the BFC at the top of the cluster. After tracking down a SRAM 1050 cassette, I thought maybe I’d be all set. I threw the BFC and cassette on with the 17-tooth removed and then ran face first into the issue of the short cage derailleur not being able to clear the BFC. Big F-ing Cog indeed. So Guerrilla Gravity ever so kindly sent out a medium cage X9 to borrow and once that was in play, everything cleared. Sort of. Now that I had added a longer cage and a bigger cog, my chain was, like certain whistle loving rappers, too short. Fresh chain. So with a mid-range cassette, longer derailleur, and new chain, the BFC was installed and ran pretty much perfectly as expected in the bike stand. On this topic, it's worth pointing out that Guerrilla Gravity actually sells drivetrain upgrade kits that include the BFC, cassette, derailleur, shifter, chainring, and chain, or any combination thereof, at advantageous prices.

The BFC does open up a lot more gear range on the trail and for that, my legs are thankful. A lot of my rides greet me fresh off the couch with 10-13% grades, and try as I have, there doesn’t seem to be a pleasant way up miles and miles of that kind of pitch. Bailouts tend to be big and the BFC lives up to its name. Jumping from a 36 to a 42-tooth means a lot more spinning and a lot less hammering to get me to the part of the ride that I actually care about, which is of course where things point back down those steep grades. I wasn’t magically flying up previously impossible climbs with the BFC but I was picking my way up stuff with less blown out legs at the top so it did the trick. As a flat-pedal rider, every little helps on the climbs. 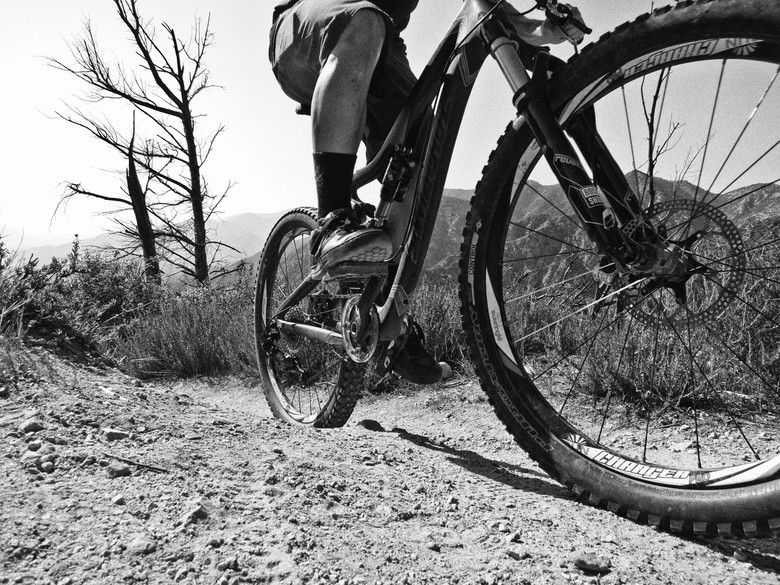 Shifting up into the BFC was surprisingly smooth thanks to the alternating short/tall tooth profile and 7 shift ramps, and I never had sloppy shifts under heavier pedaling forces which is a must since your bailout gear has to be ready at a moment’s notice when you’re really slamming into a climb. Shifting back down out of the cog was a bit more abrupt of a shift. The chain climbs up into the BFC more gracefully than it falls off it in my experience. Luckily, it’s not like you’re doing gate starts at this end of your gears so you’re probably not pedaling hard for that shift. 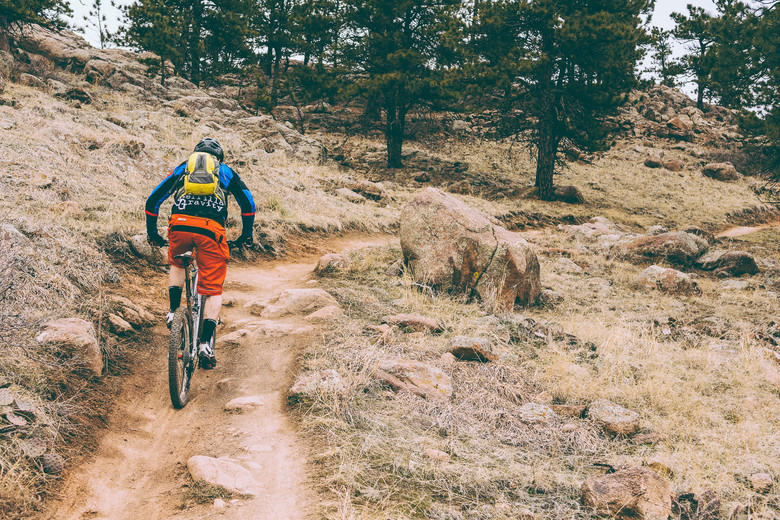 As noted in our recent review of the similar OneUp cog, the shifting performance in the rest of your cassette leaves something to be desired with the addition of the big 42-tooth in the mix. The removal of the 17-tooth cog meant there was a huge jump in the gear ratios in the middle of the cassette. As it turns out, that’s right where I spend a lot of my time during more mellow descents for pedaling out of corners, and jumping from a spun out 19-tooth to a bogged down 15-tooth was annoying. The shift performance in that jump was also finicky and lacking compared to the rest of the single gear jumps. I also experienced an issue with the maxed out B-tension screw holding the top pulley so far away from the smaller cogs that shifting performance at that end of the cassette was not as good as it could be. Taking out the 15 and replacing it with a 16-tooth cog would probably have taken care of a lot of my gripes as the jumps would at least be more consistent both on the derailleur and on my legs. This comes at added cost, however, and still isn't a perfect solution.

There is no reason for me to expect the BFC to have any long term reliability issues. The wide base of the cog and the spread out chain loads across so many additional teeth lead me to think this part will last a long time, and should there ever be an issue, Guerrilla Gravity backs its products with excellent customer service and I have little doubt any shortcomings would be swiftly remedied. The rest of your cassette may wear out faster with less chain wrap on the smaller cogs due to the maxed out B-screw, however. That being said, I could buy several more SRAM 1050 cassettes for what even my second-hand XX cassette cost.

I hate the front derailleur and anything that can put another nail in the coffin of that infernal contraption is a good thing in my books. I’m tired of frames having to be designed to clear that thing. I’m sick of seeing shifters on the left side of bars - that’s where a dropper post remote goes. So the Guerrilla Gravity BFC does its job of offering you a wider gear range, and while it’s a compromise compared to XX1 or XO1, it’s a lot less of a compromise than a stupid front derailleur and it will cost you a whole lot less to get running than a whole new parts group. With thick-thin chainrings, clutch derailleurs, and aftermarket patches like the BFC, you should be all set and front-derailleur-free for a while until we see that sweet 11-speed tech trickle down to mere mortal price ranges. So until there’s a more convenient X7-11 or a patriotic X9-11-never-forget parts group, take a look at options like the Guerrilla Gravity BFC that could save you a bunch of money. But be ready for the reality that this is a compromise and can’t be expected to perform at the same level as a whole group designed to work together.

Kevin Shiramizu has been riding mountain bikes for over 15 years. During that time he accumulated multiple state championships in Colorado for XC and trials riding, a junior national champ title in trials, and went to Worlds to get his ass kicked by euros in 2003. His riding favors flat corners and sneaky lines. After a doozy of a head injury, he hung up the downhill bike for good in early 2010 and now foolishly rides a very capable trail bike with less protection and crashes just as hard as ever. He likes rough, technical trails at high elevation, but usually settles for dry, dusty, and blown out. He spent five good years of his youth working in bike shops and pitched in efforts over the years with Decline, LitterMag, Dirt, and Vital MTB. He also helped develop frames and tires during his time as a guy who occasionally gets paid to ride his bike in a fancy way in front of big crowds of people.

Review This Product
What do you think?
To add review, please join, log in or connect to Vital using your Facebook profile Login with Facebook.
Cassettes 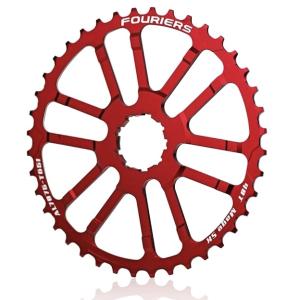 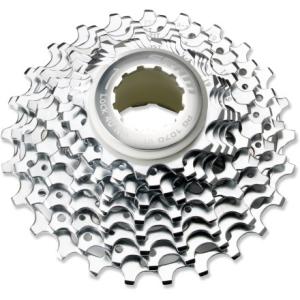 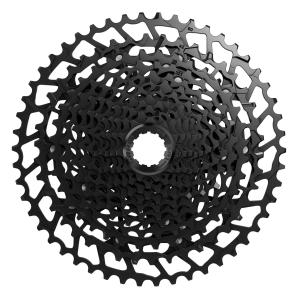 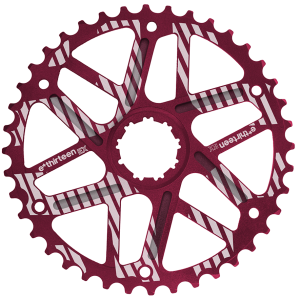 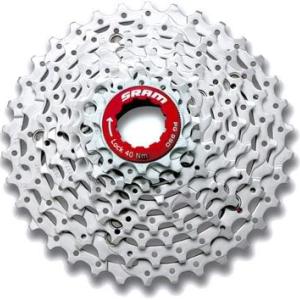 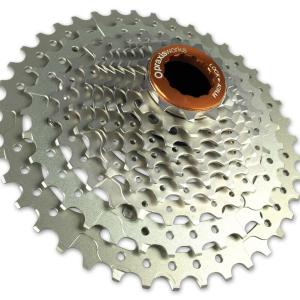 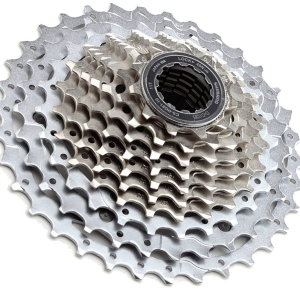 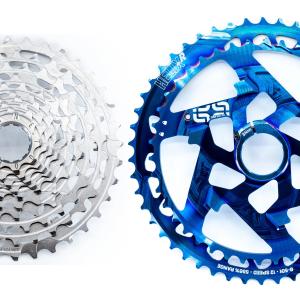