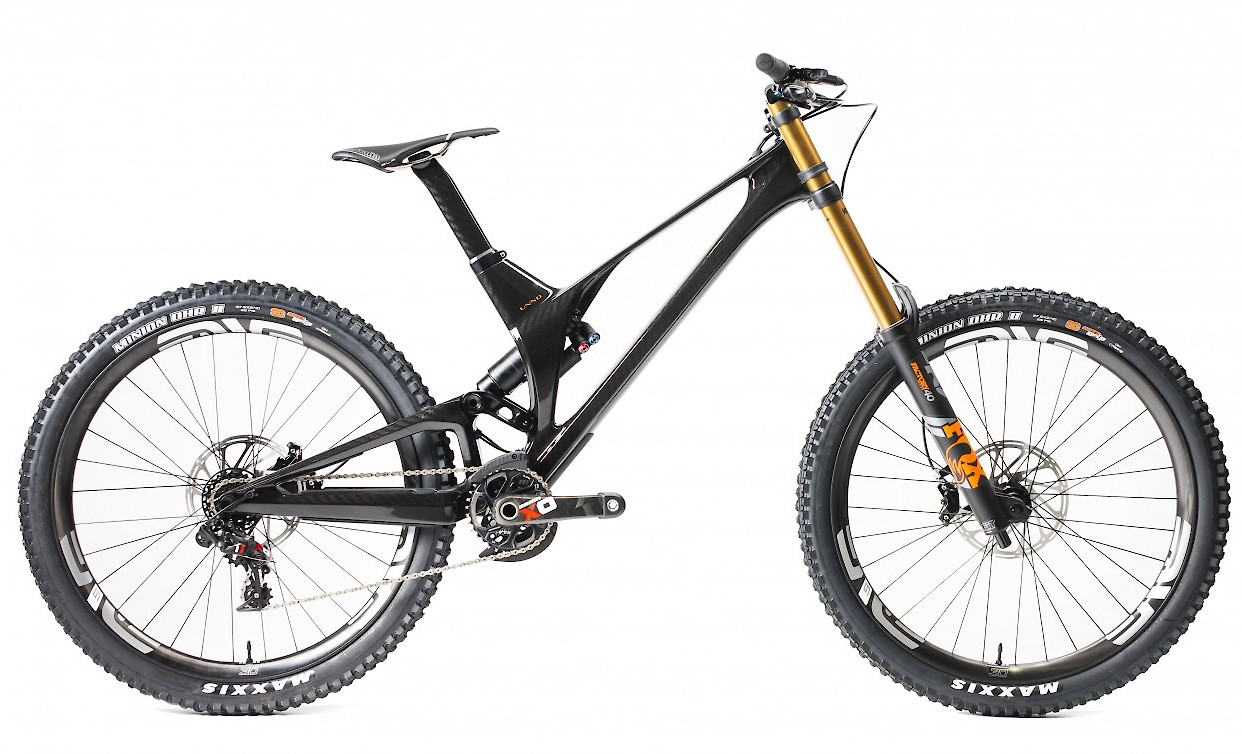 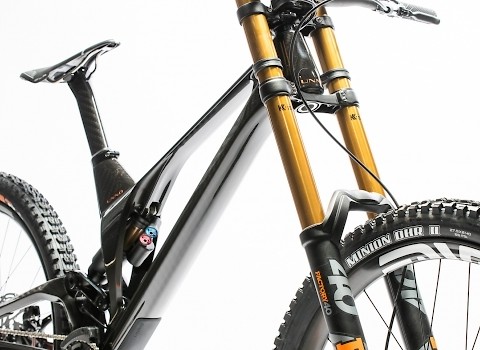 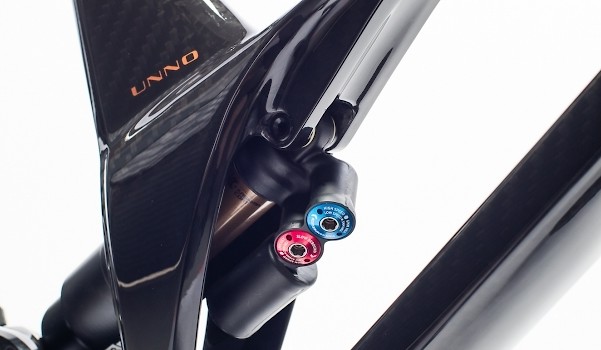 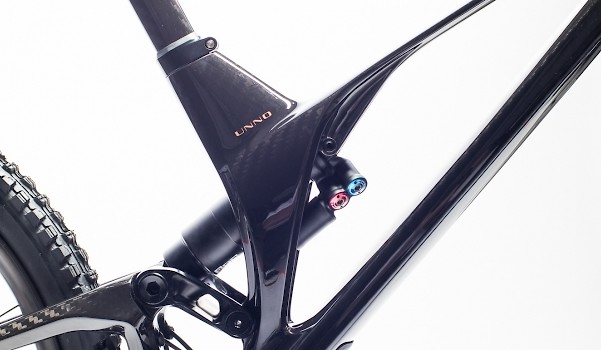 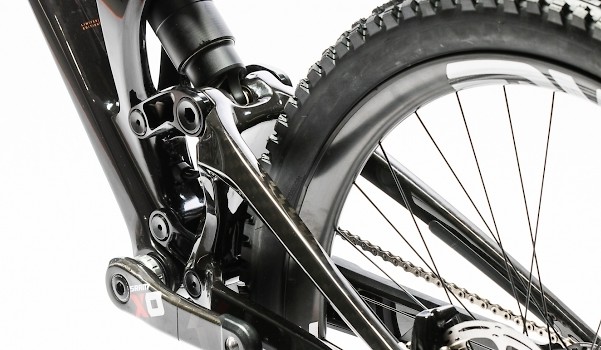 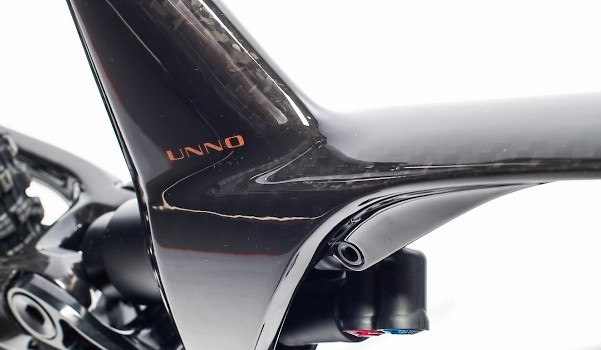 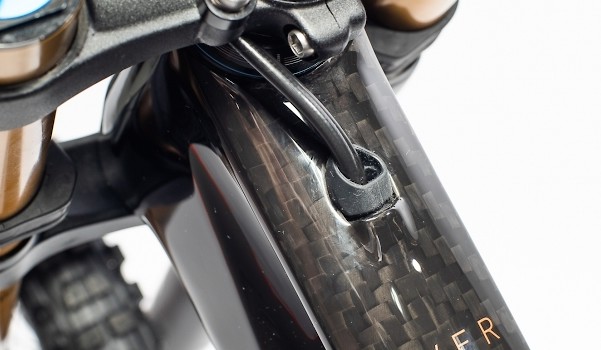 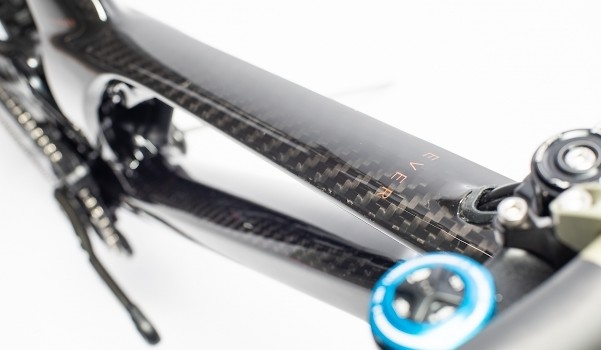 During the Vital MTB 27.5 DH Test Sessions, the UNNO Ever went head-to-head with four other leading bikes. What follows are our thoughts specific to the Ever. Be sure to check out the main feature for an in-depth comparison video, timed testing results, and more. 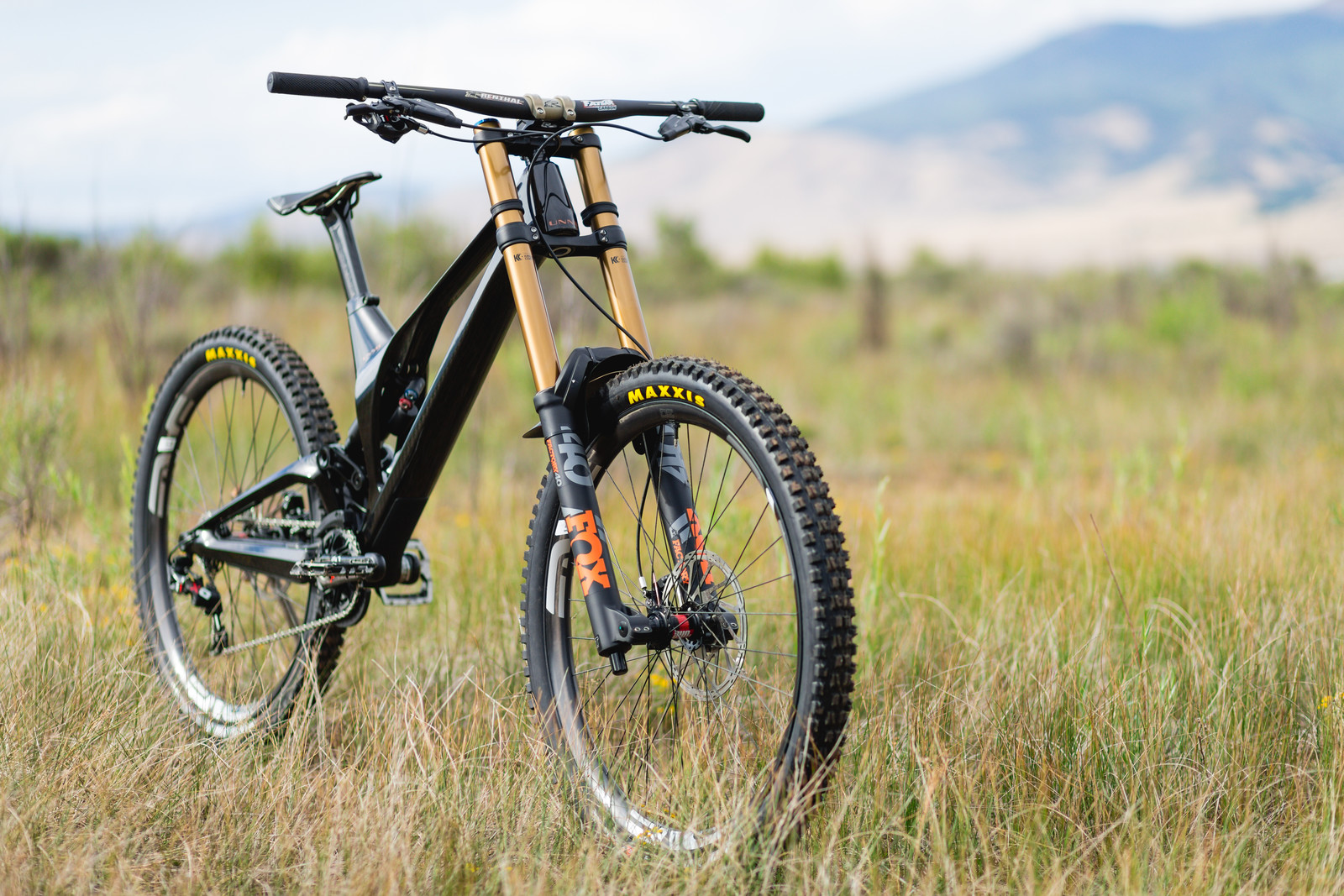 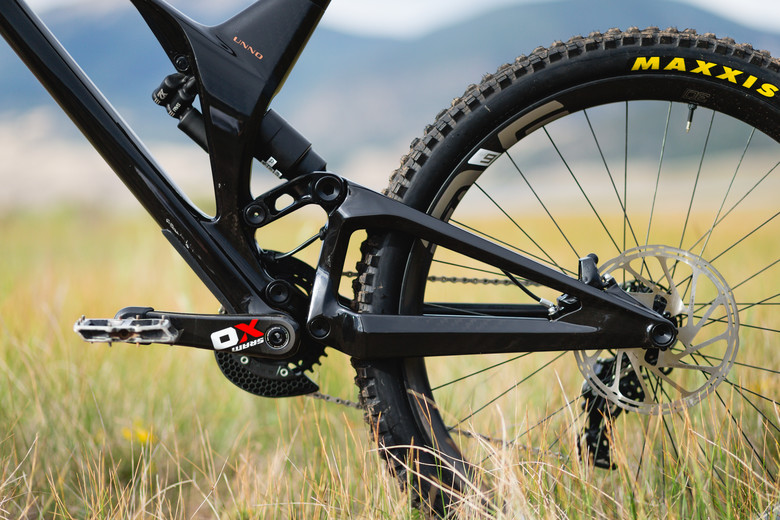 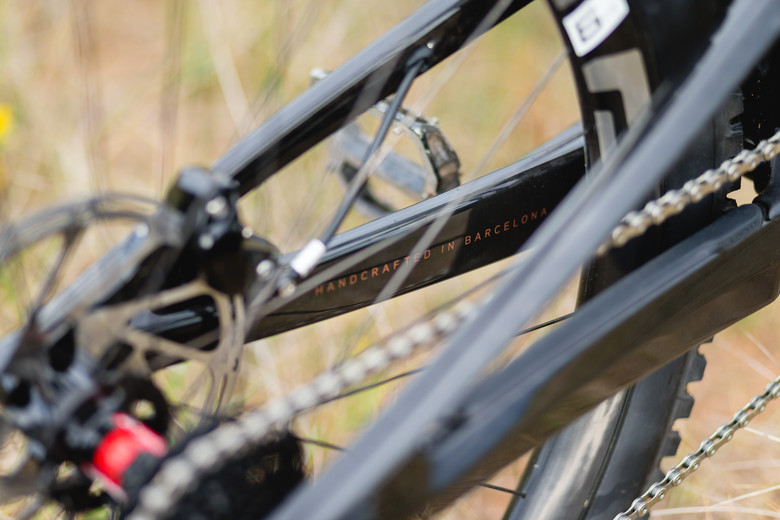 The UNNO Ever is a unique, beautifully crafted carbon downhill bike from Barcelona. Details abound on this machine, and you'll be noticing new things every time you look at it. It's easy to be speechless when meeting it for the first time and almost feels like it shouldn't be touched. Almost. Once we got past initial pleasantries, picking our collective tongues off the ground, it was go time.

Initial impressions on our test track weren’t exactly mind-blowing, although there also weren't negative thoughts as the bike just went about its business in a very calm and controlled manner, top to bottom. The Ever maintained momentum efficiently through the chunkiest, most god-awful rock gardens we could find and was more than happy to comply with any other feature we flung it into and off of. This bike felt at home on all terrain. Its ability to utilize all terrain well – though not necessarily head and shoulders over other bikes in any one category – isn’t that sexy or exciting when writing a review. Then again, this is what makes the bike so good. 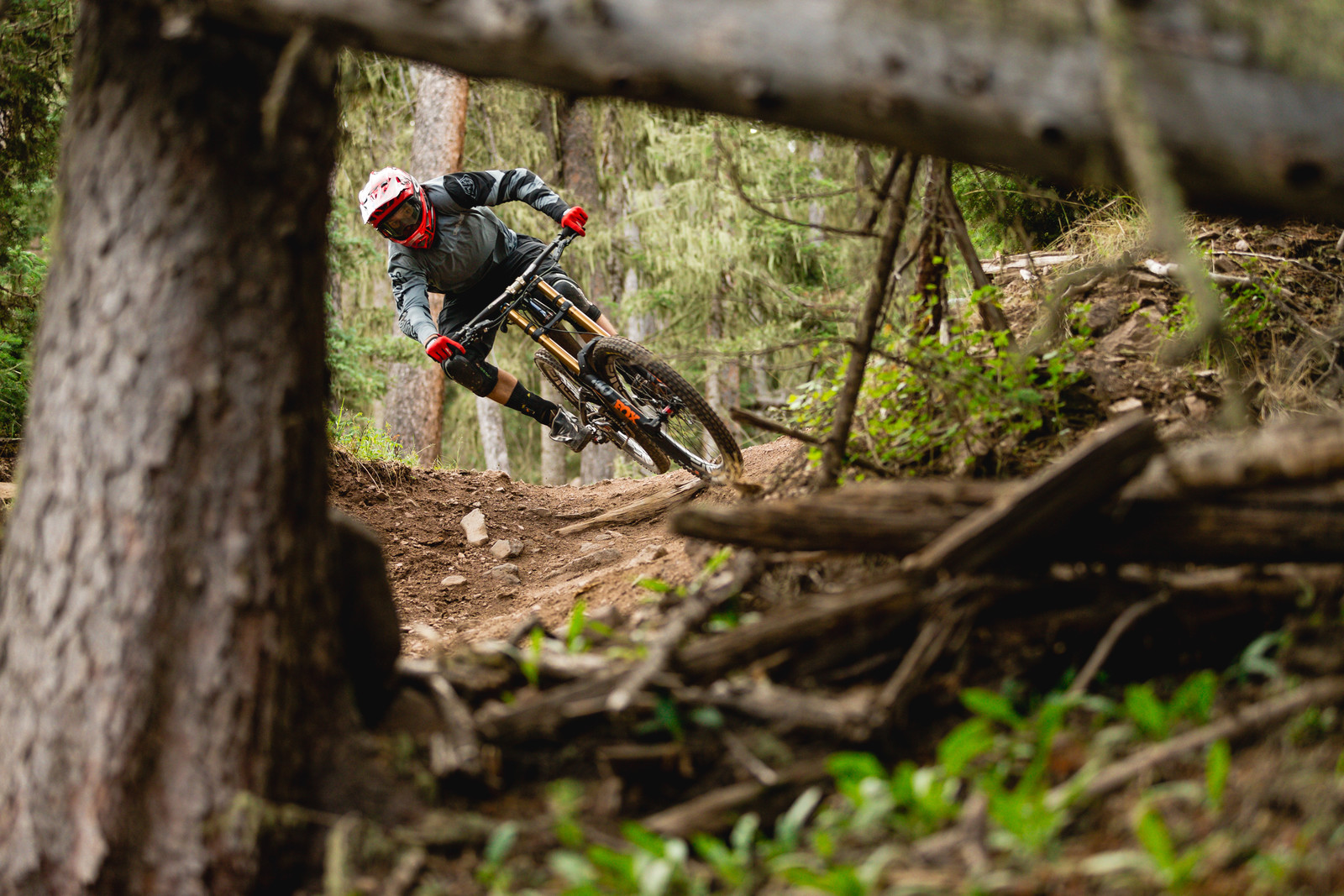 The UNNO Ever is also deceptively quick. Not only does this machine have the sleekest aesthetics, but it is also sleek on track as it subtly moves about technical lines. It has excellent front-end feel and control, and the suspension delivery is also very smooth at most speeds. This translates to an improved ability to pick a line and change direction at a moment's notice, which ultimately means a higher likelihood of faster times on the clock.

Downhill racing is often referred to as the Formula 1 of cycling. The Ever may be the closest bike to a Formula 1 comparison you can buy, but, like a Formula 1 car, it'll cost you dearly.

When paired with ENVE M30 carbon wheels, the bike becomes a very responsive, yet rigid-feeling ride at race pace. You could argue this is a double-edged sword as there is not a lot of lost energy, making for an incredibly efficient ride. Just be prepared to hold on tight when challenging the clock. We felt on the edge of control when really pushing this bike's boundaries.

The only frame detail we didn't dig? Shock access is poor when adjusting sag. Finally, due to manufacturing costs, there is only one frame size. This limits the number of riders who this bike will work for. 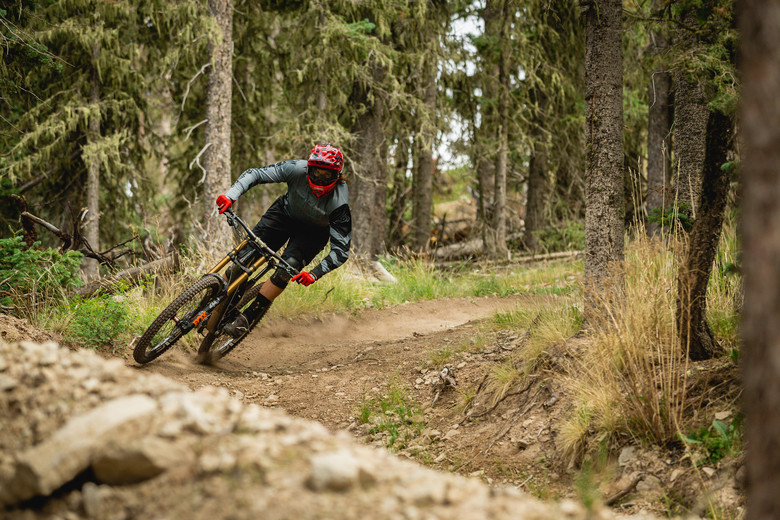 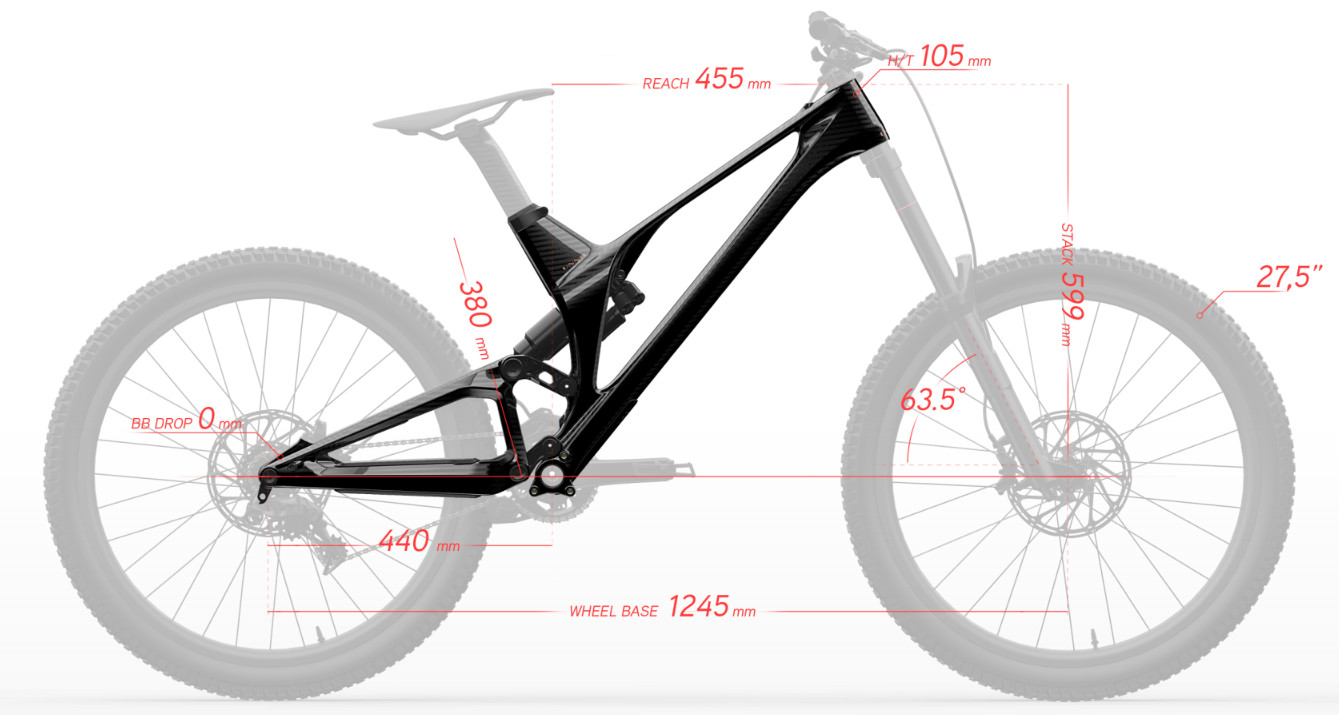 Using the bike industry's leading linkage analysis software, André Santos was able to determine a close approximation of the Ever's kinematics for the purpose of this review. Though they don't always tell the full story, these charts provide great insight into several key factors that impact how it rides. 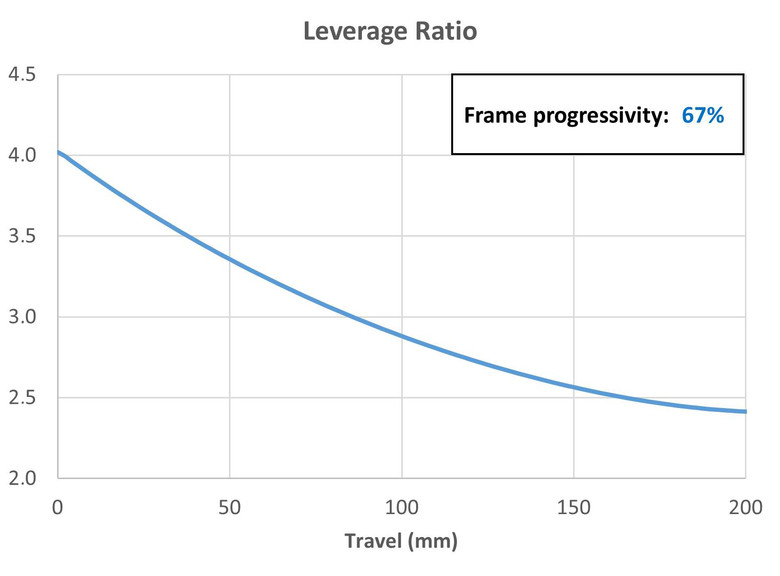 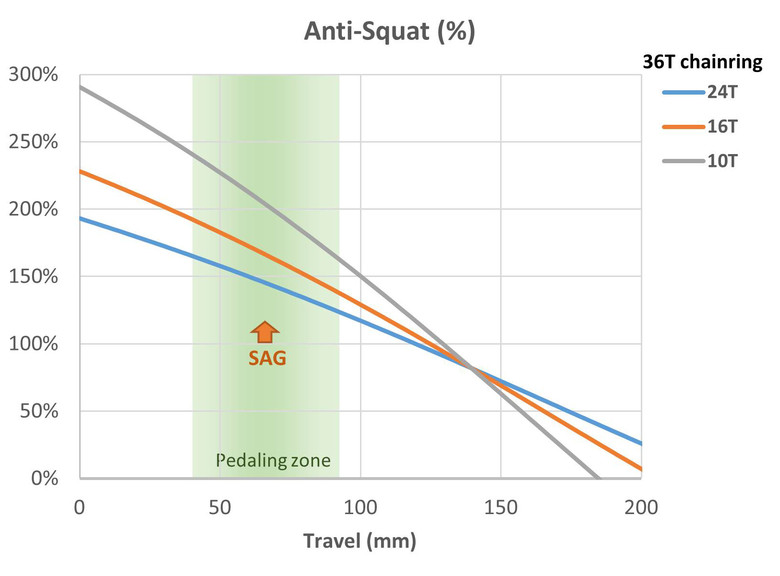 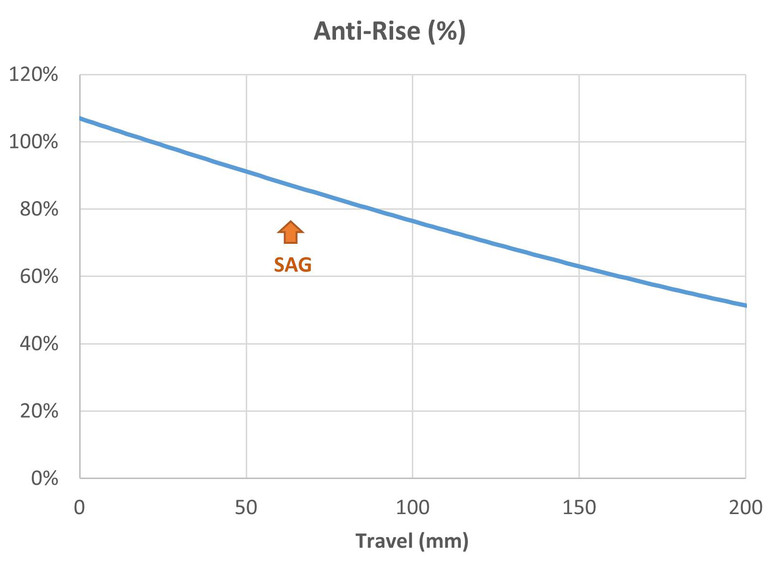 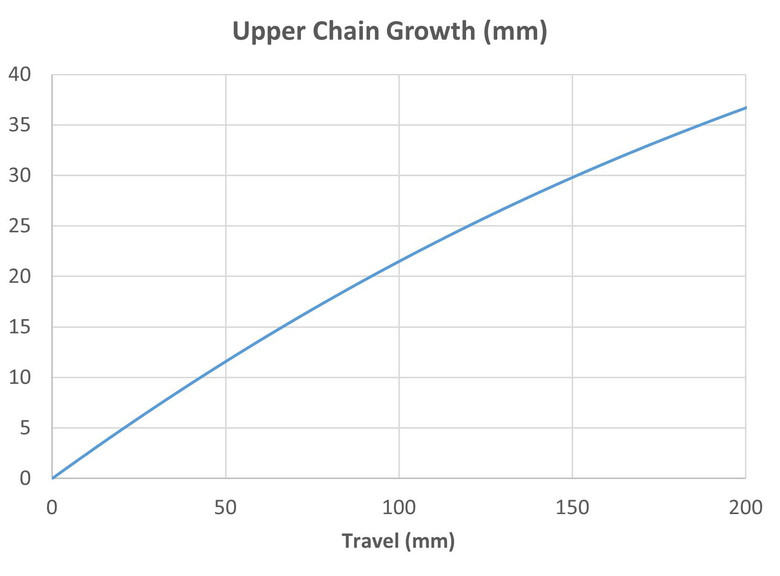 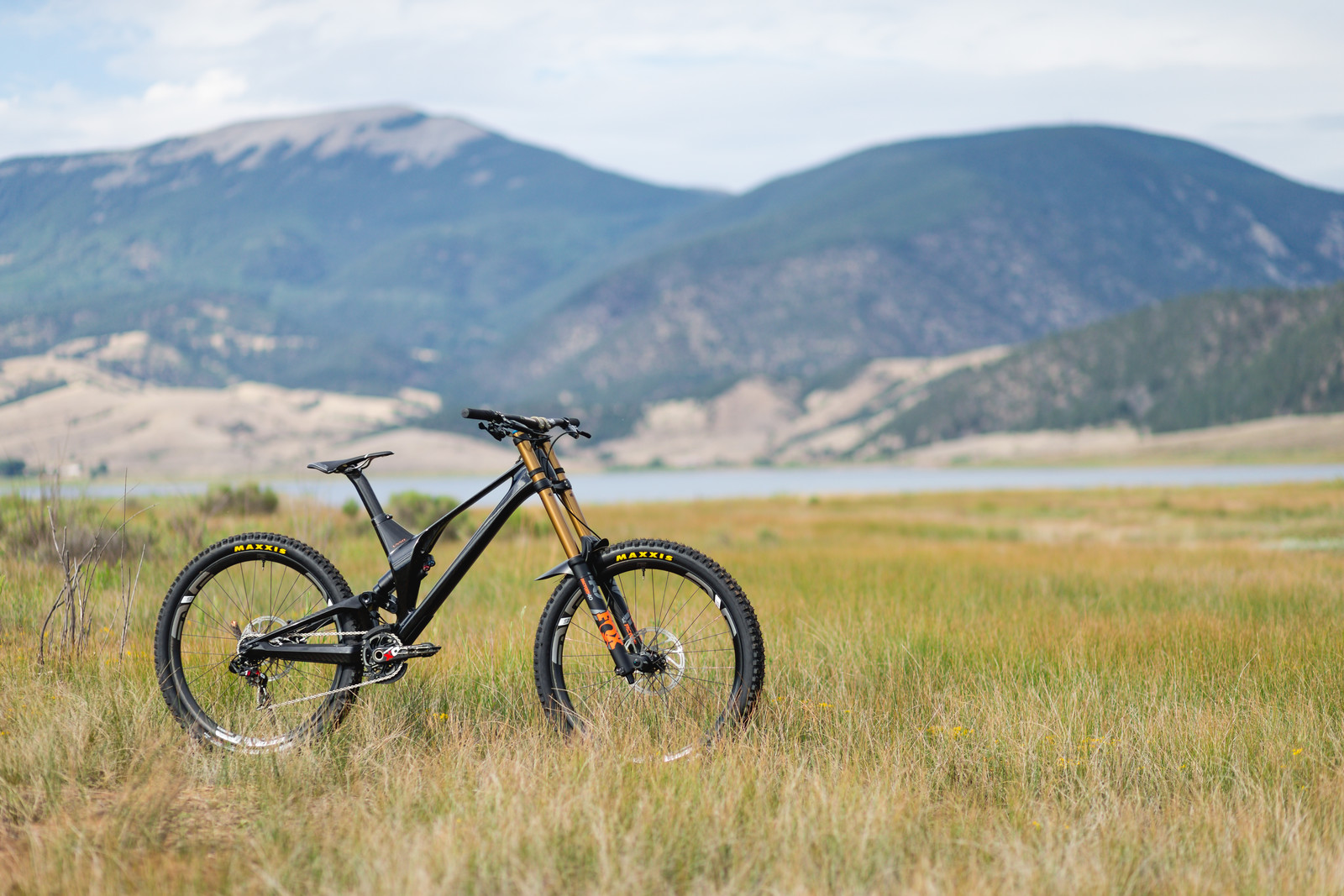 The Ever belongs on the back of the Batmobile, underneath someone with Bruce Wayne’s superhero abilities and pocketbook. UNNO has done an amazing job engineering and manufacturing everything in-house, and it shows when examining the frame's many incredible details. The bike's overall composure and versatility make it shine even brighter, and it will complement a skilled rider very well. 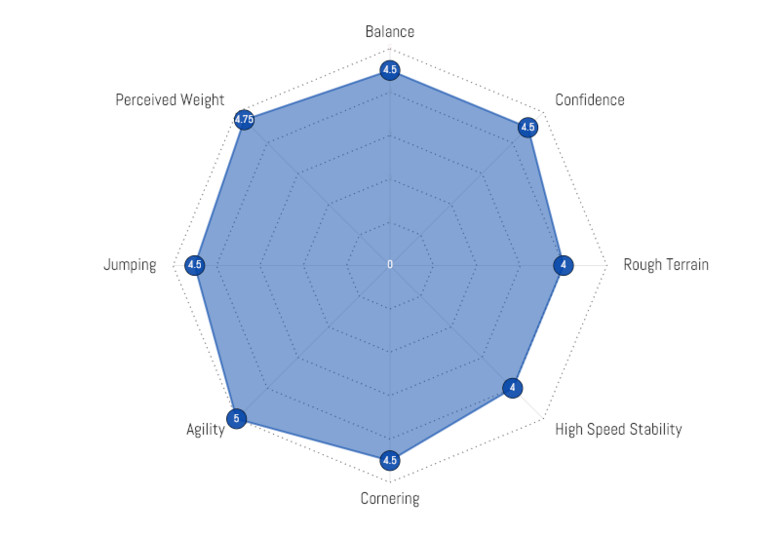 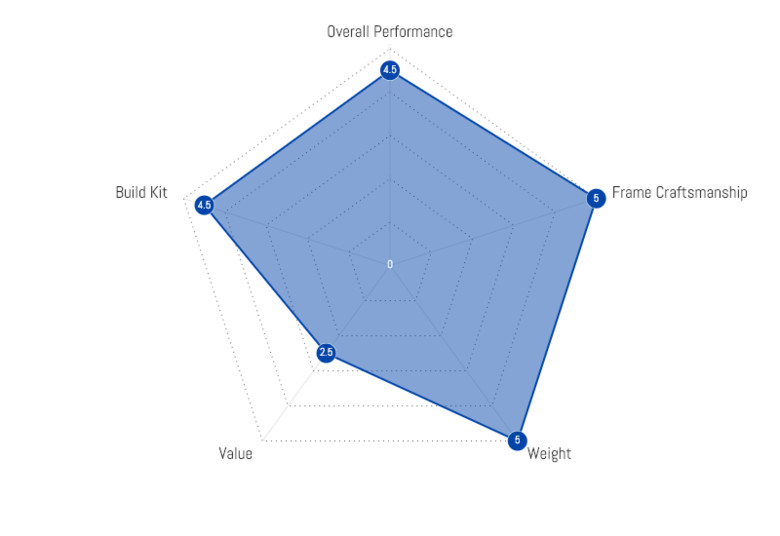 Brian is kind of like Uncle Rico – even though he has a titanium rod in his tibia and is continuously trying to avoid obtaining a dad bod, he delusionaly daydreams of World Cup racing glory. That thought process transfers to the trail. Whether building trail, coaching on them, or just trying to recapture the glory days between the tape, he’s always in search of the racer line. Known for "Buelling" his bikes, Brian sometimes puts a serious hurt on parts pushing them to their limits. Although the Collegiate National Championship sweater vest jersey is collecting dust somewhere, whenever it’s time to race against the clock or perform for the camera you can bet he’s fully pinned putting it all on the line for you!

"I like to have fun, pop off the bonus lines on the sides of the trail, get aggressive when I feel in tune with a bike, and really mash on the pedals and open it up when pointed downhill." Formerly a mechanical engineer and Pro downhill racer, Brandon brings a unique perspective to the testing game as Vital MTB's resident product guy. He has on-trail familiarity with nearly every new innovation in our sport from the past several years and a really good feel for what’s what.

Post a reply to: Review - UNNO Ever from Vital MTB Test Sessions 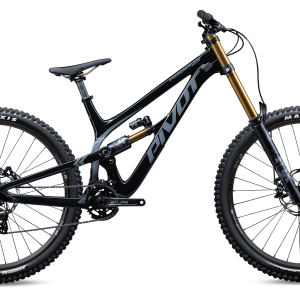 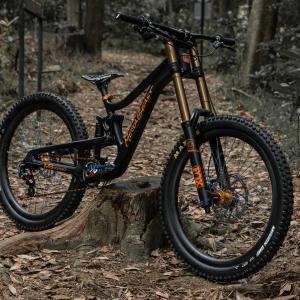 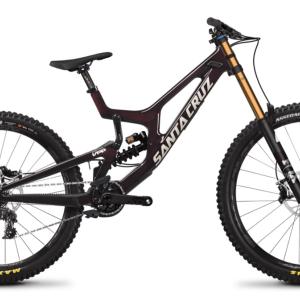 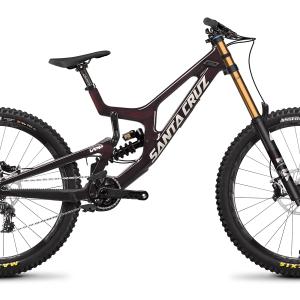 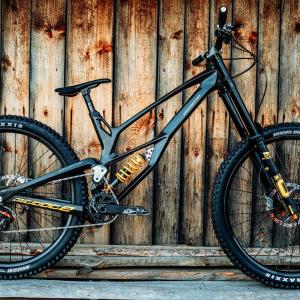 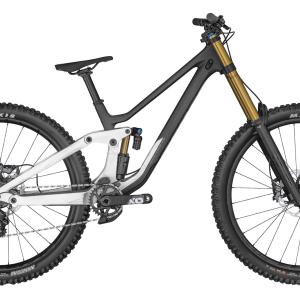 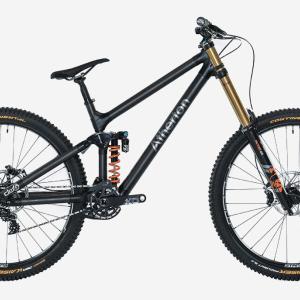 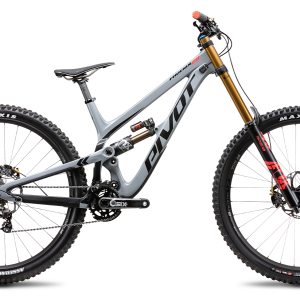