It's been a few years since we planned a trip to South America. I wanted to take my bike to a different place, get out of the routine and explore, since I think that's the definition of our sport. Honestly, I haven't seen many riders exploring and discovering new terrain. Almost all big mountain MTB videos have been filmed in the same location in Utah for years, so I wanted to get off the beaten track and explore the world with my freeride bike. In February 2020, I visited my friend and kayaking legend, Aniol Serrasolses in Chilean Patagonia, and that's where it all started. I also met Chente and Diana who are originally from Peru and owners of a mountain bike tour lodge called PERUVIAN MOUNTAIN RIDES. After seeing their photos and discussing the spots for a long time, we decided to go back to see them in Peru sometime later. It was just before Rampage in September 2021 that we decided to make the first trip to Peru. To visit the country, see the culture and scope the potential for freeriding with our own eyes. 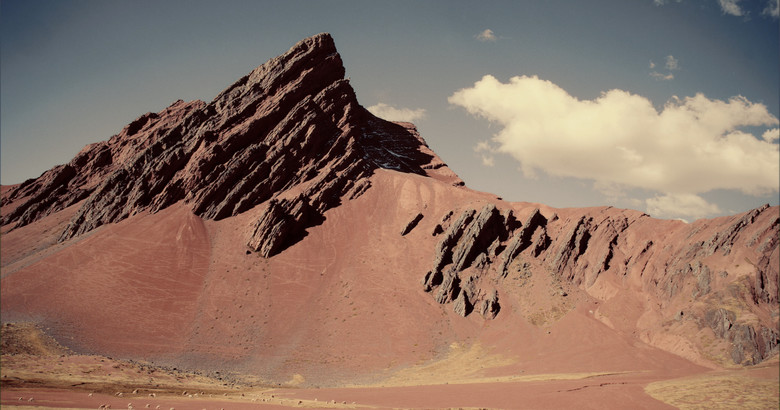 Arriving there, we realized that this place was different, not only because of the scale and vastness of the terrain , but because culturally we were in one of the richest countries in the world. After 2 weeks of scouting new spots, we decided we had to come back to film. I made a plan for 2022. The team was small, normally for this type of trip we go with a big production team but here we wanted to do it differently, more in our own way. The team consisted of Hector Cash behind the camera and Raul Martinez Danot with the FPV drone. We have been working together for a long time and with the experience and local knowledge of Chente and Nico from PERUVIAN MOUNTAIN RIDES, we had the perfect dream team for these adventures. 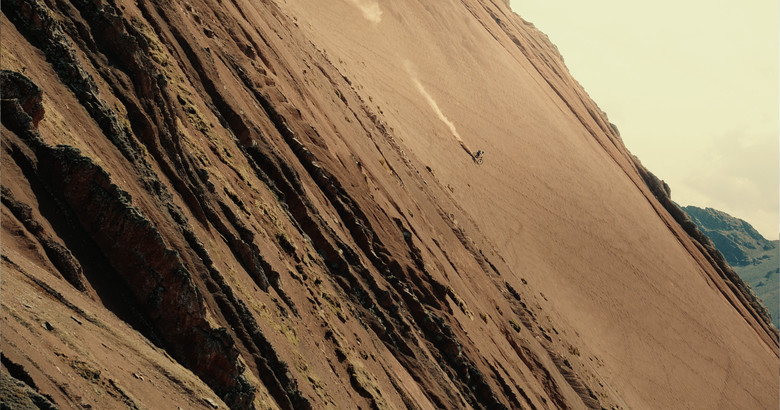 The expedition started in the Cusco region and after driving several hours through the Quechua villages, I could see the front lines. At 4800 m above sea level, corridors were drawn with small typical Andean stone , perfect for freeriding on a bike and a very good way to start the trip and put the tires on the dirt! Altitude was a key factor; we went deep into the Andes in one of the wildest places I have ever been and some of the lines started at 6000m ! That made it very difficult to reach the top carrying the bike on the back. Some climbs were more than 500m in elevation gain and exceeded three hours of walking. The red dirt was perfect, I was riding lines that gave me a feeling I had never felt on a bike before. The length of the lines made me feel like I was skiing or snowboarding. 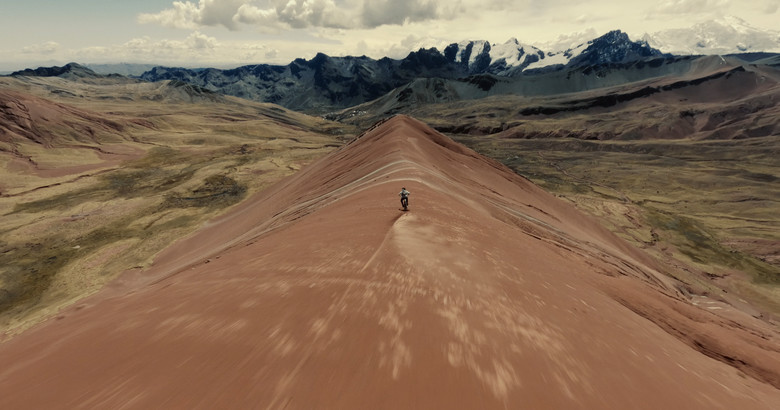 That’s something I've been looking to do for many years, and I was finally able to do it here by making long turns on a steep virgin slope. After three days at altitude and in the middle of nowhere we decided to get on with our journey and continue south...the riding was the best I have ever experienced so far so those cold nights camping were well worth it! The next destination and the last of our expedition was the icing on the cake! We arrived at one of the best spots I had the chance to ride... After spending 12 hours on the road, we were in the south of Peru, near Arequipa. Chente and Nico are the only ones who already know this place but when I arrived there and saw everything with my own eyes, I couldn't believe it ! It was endless... We weren't too high at altitude anymore, which helped us a lot but this time we had to face the driest and deadliest desert in the world...we only had a few days there, so we had to make the most of it, the hardest thing was choosing where we wanted to film. 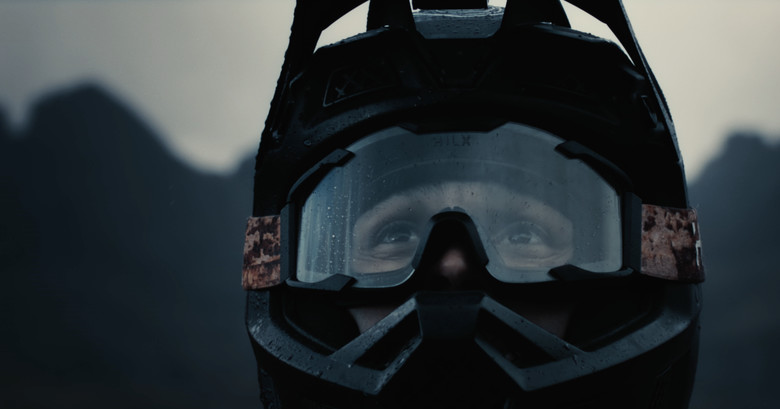 I had never done anything like that in my life, it was totally new to me, finally skiing powder on my bike was real! This trip to Peru was the best experience of my life, not only for riding which was without a doubt the best thing I've ever done, but also because I got to know a wonderful country full of amazing people! From my point of view, this is what we need in mountain biking, more exploring, more big mountain, more freeriding! Being able to express my vision of sport and working on a video project like this with Hector and Raul has been an amazing experience. I would like to thank them for their excellent work, COMMENCAL for having believed in our vision , PERUVIAN MOUNTAIN RIDES for the guiding and above all, thank you to the PACHAMAMA who gave us the most wonderful trip of our lives! GRACIAS PERU! 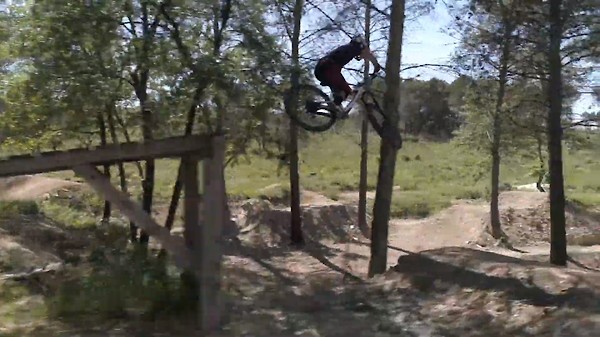 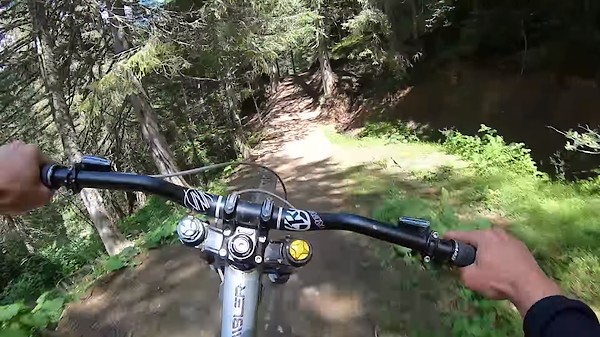