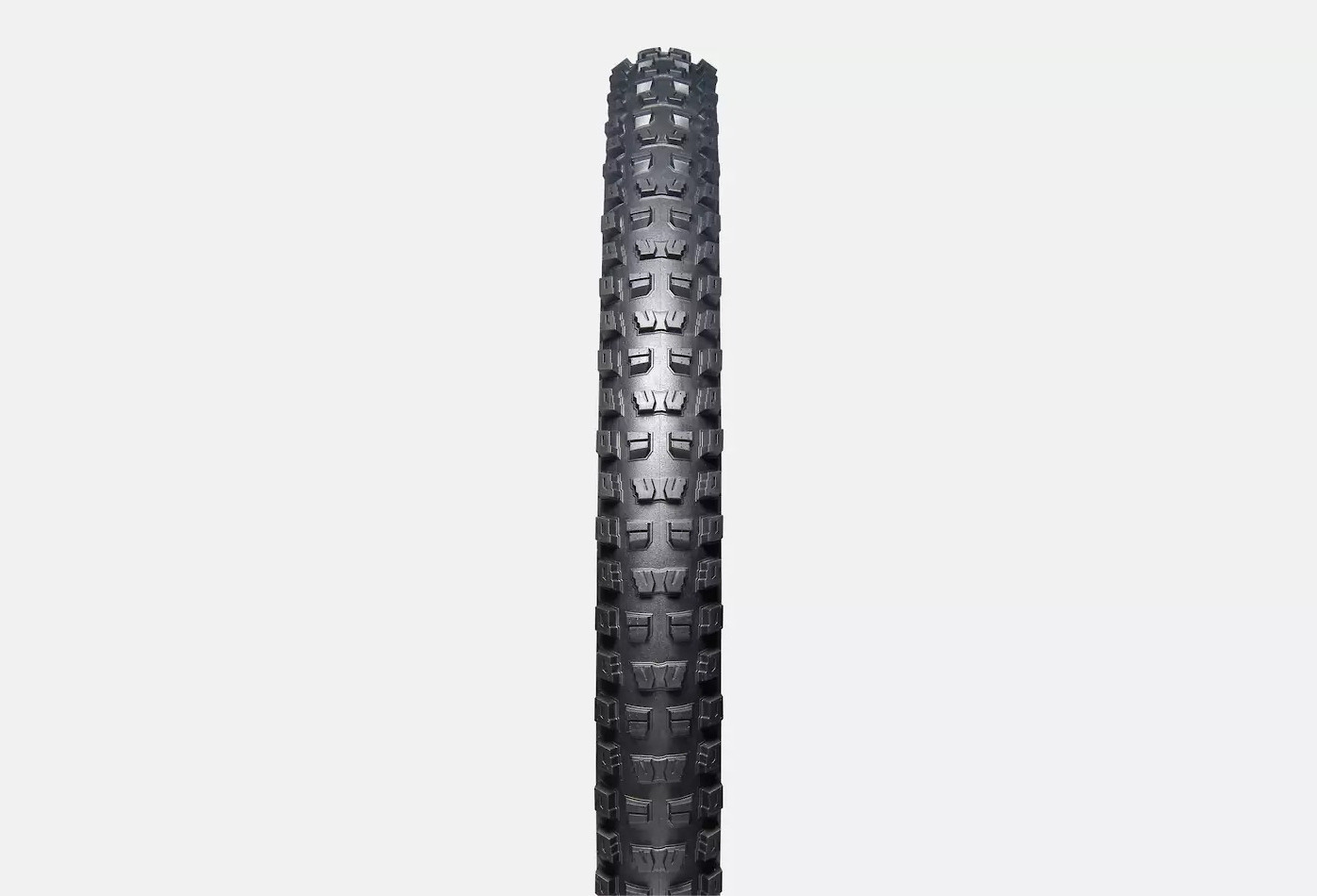 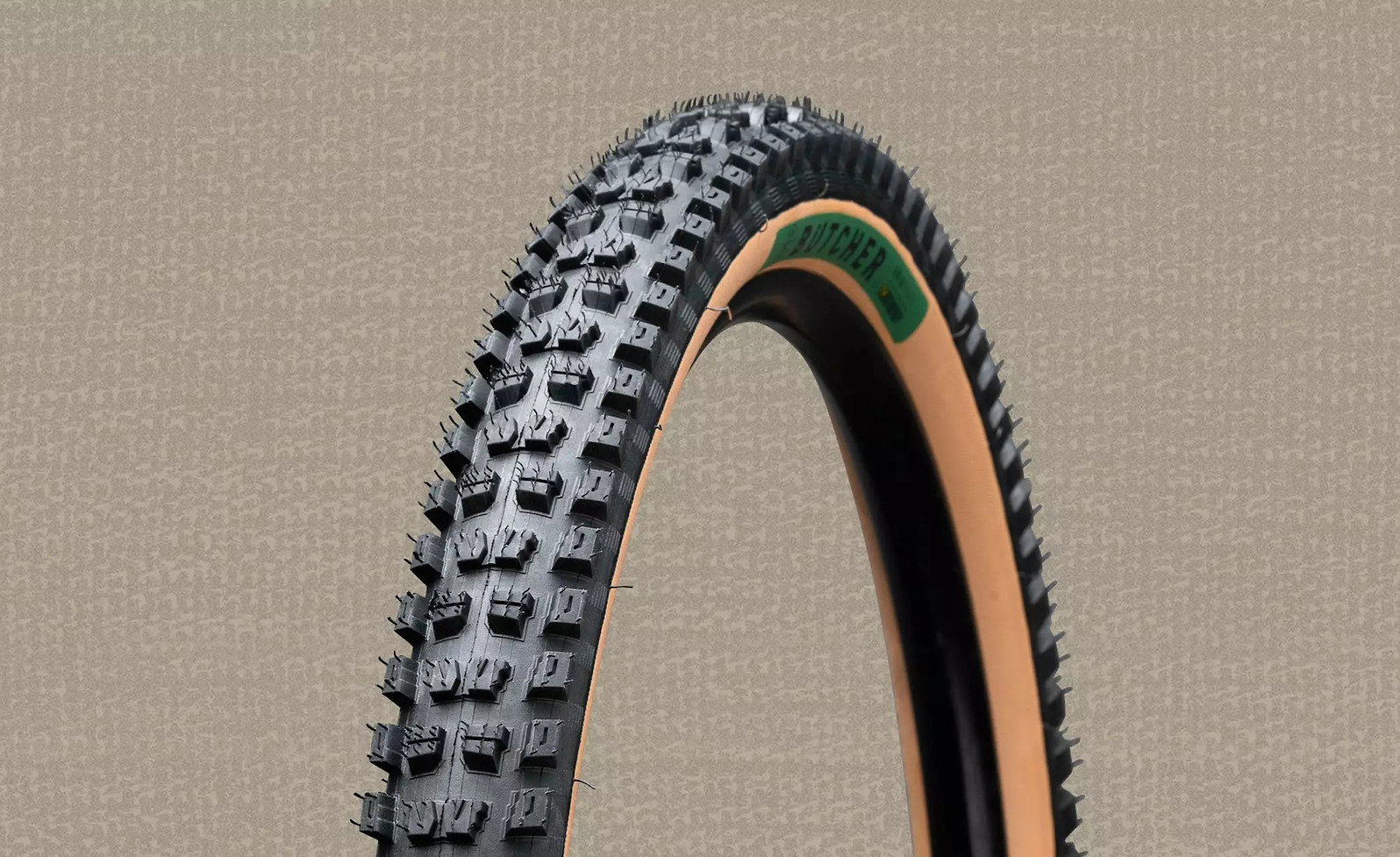 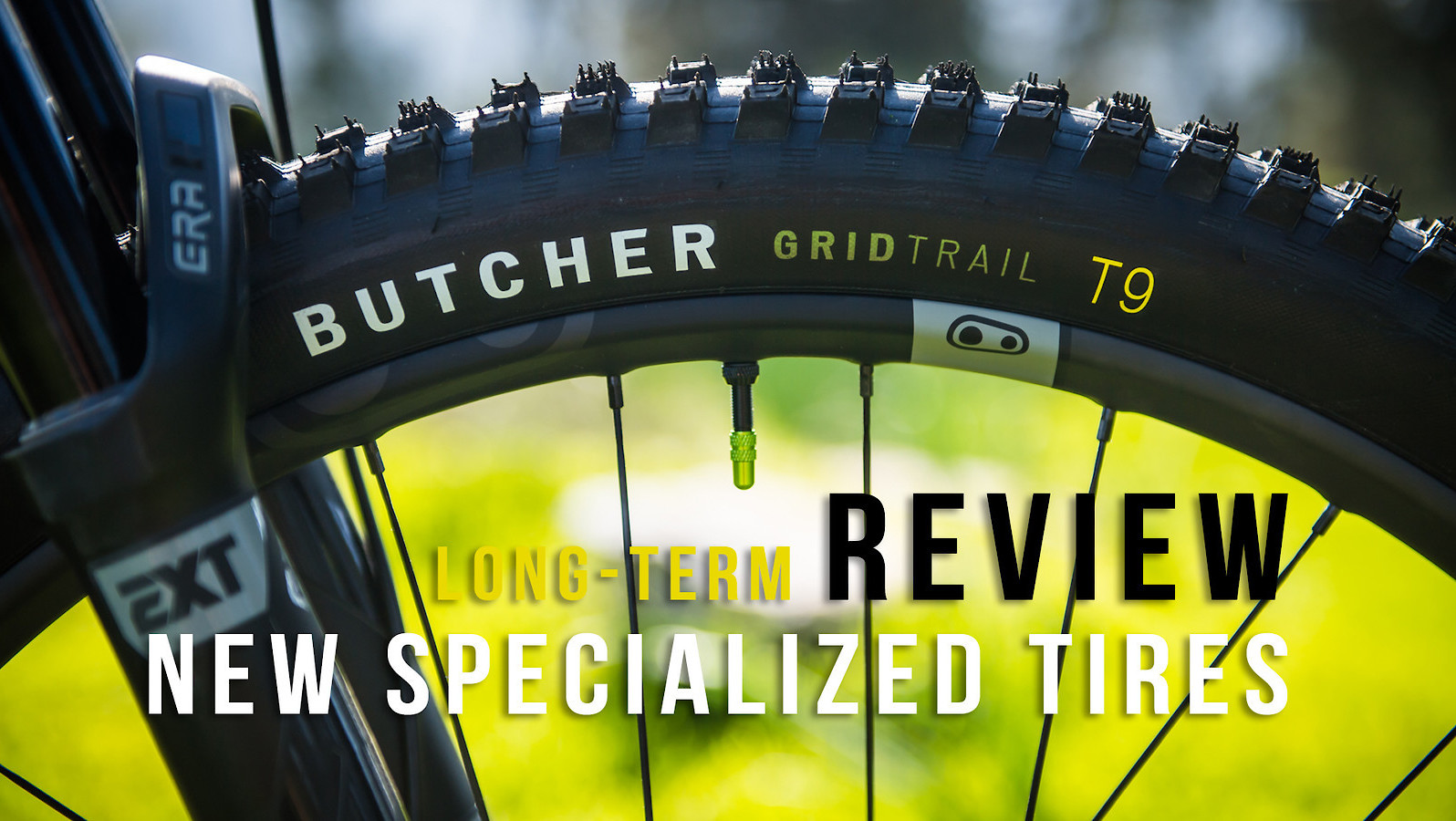 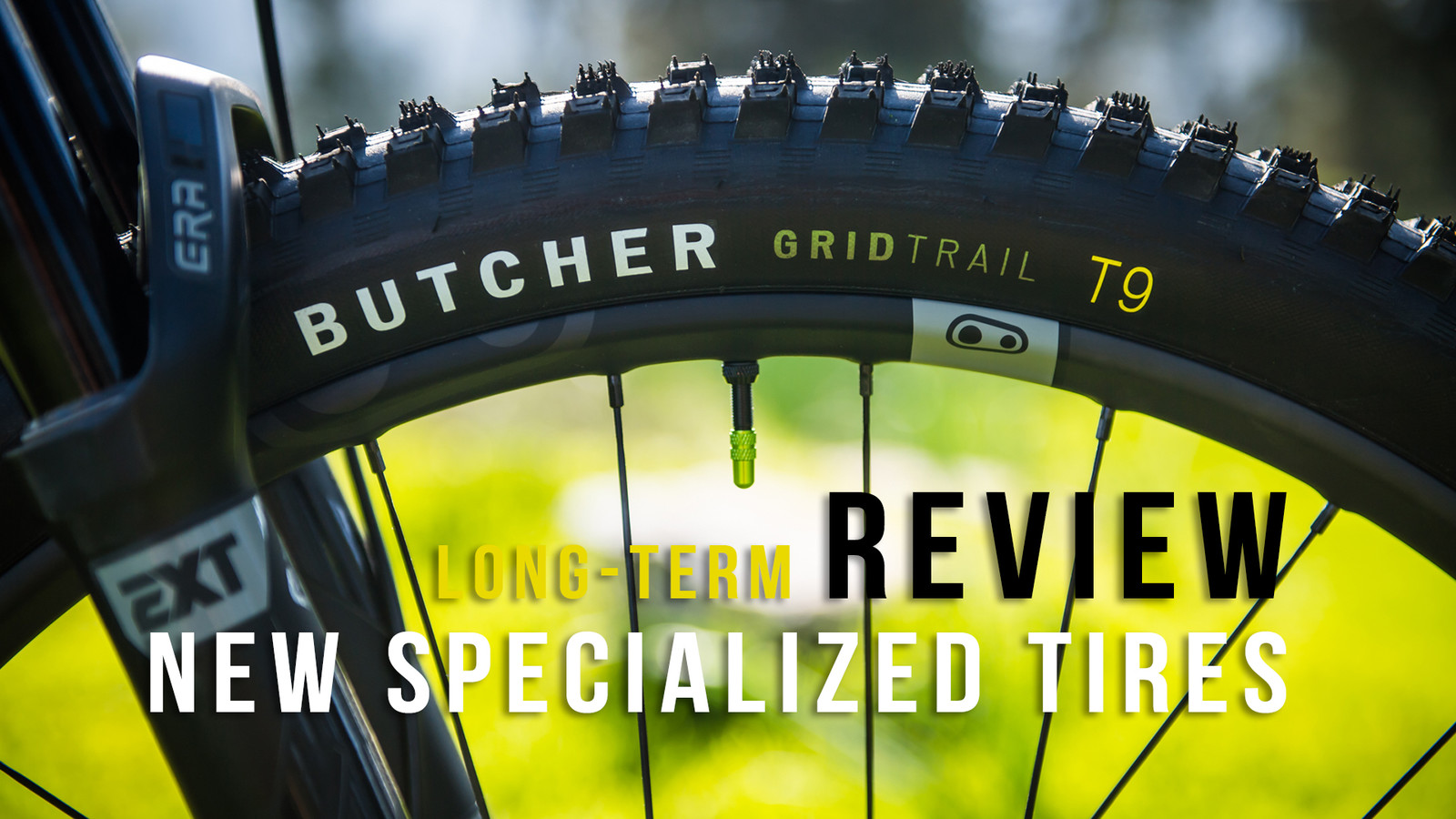 We can still remember really liking the Specialized Butcher SX tires that came on our 2014 Enduro EVO test bike. At the time, we would have loved to run that tire on more bikes, but we couldn’t find any, anywhere. A few years later, we rode some different versions of the Butcher that we also got along well with, even if they didn’t feel like proper home runs at the time. Point being, this tire has been around for a while, and it has a tried and proven tread pattern that will get the job done in most conditions. About a year ago now, Specialized introduced probably the biggest change ever brought to the Butcher (and many of its other tires as well), as the company reworked its compounds from the ground up and moved production to a new factory. The result has been pretty spectacular – read on to learn more!

Specialized, like many other companies that design and sell tires, rely on specialized (pun fully intended) factories to actually produce the goods. For many years, Specialized was a relatively small customer of the factory that produces for Maxxis, the undisputed market-share leader in mountain bike tires when it comes to trail, enduro, and gravity applications. Calling them a second-rate customer would probably be unnecessarily harsh, but they were definitely not at the front of the queue when it came to R&D resource availability and production lead times. This would often leave them stranded, either late to the party or stuck without stock, as anyone who has ever hunted for their tires can probably attest to at one point or another (not all that different for ANY brand today, but that’s another story).

Specialized knew they had to make some changes if they were to up their tire game, and that’s what they did. Working with a specialized (uhhh...sorry….again…) supplier they started developing some new compound formulas that focused more on modulating the rebound speed than outright stickiness (accessorily, that same team worked on the compound that ended up in the new 2FO Roost and 2FO DH shoes, an unmitigated success as far as grip and pedal feel go). Working with their top level MTB athletes they were able to narrow down the compound formulas to a point where they felt that they were hitting their grip, feel, and durability goals, and they then proceeded to apply them to their existing tire designs (with minor changes to tread patterns here and there). They also introduced new casings and a (somewhat) simplified naming convention. The new tires were presented at the end of 2020, and we’ve been riding different combinations of the trail and gravity tires on several bikes since then (you can check out our full Specialized tire range overview here if you want to learn more). 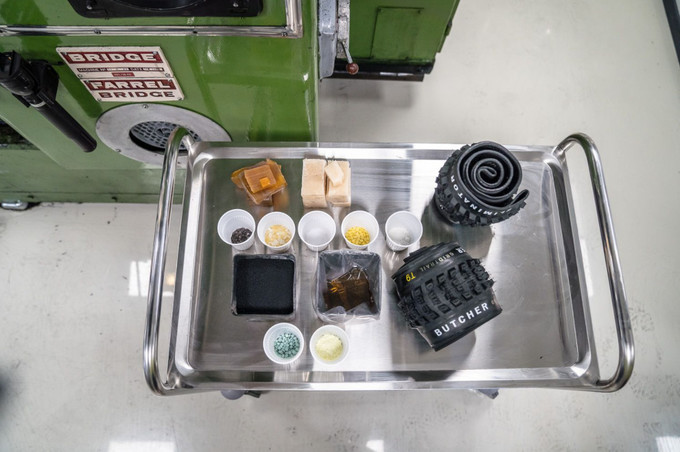 We started our long-term testing with a Butcher Gravity Grid T9 2.6/27 front and rear on our big enduro bike, a Capra 27. Weighing in at 1250 grams or so, you can definitely feel the heft as you would expect from a dual-ply, DH-rated tire. Mounted up on a 30-mm internal width rim, the tire presents a fairly rounded profile, and this 2.6” version certainly fills up your field of vision when you look down on it. 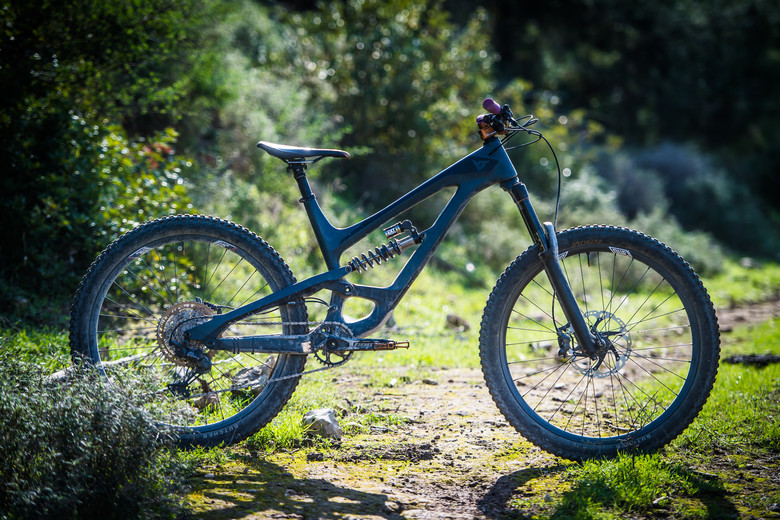 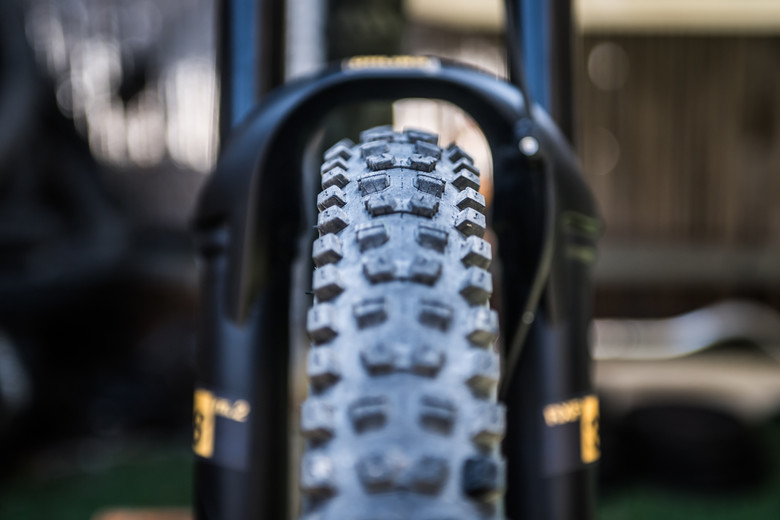 A few months later, we also mounted up a Butcher/Eliminator Grid Trail combo at 2.3 inches wide on our trail bike, a Nukeproof Reactor 29. We chose to run the T9 compound on the Butcher up front, and the T7 on the Eliminator out back. On a 30-mm rim, the 2.3-inch tire looks a bit more square than the 2.6-inch version (as you would expect). 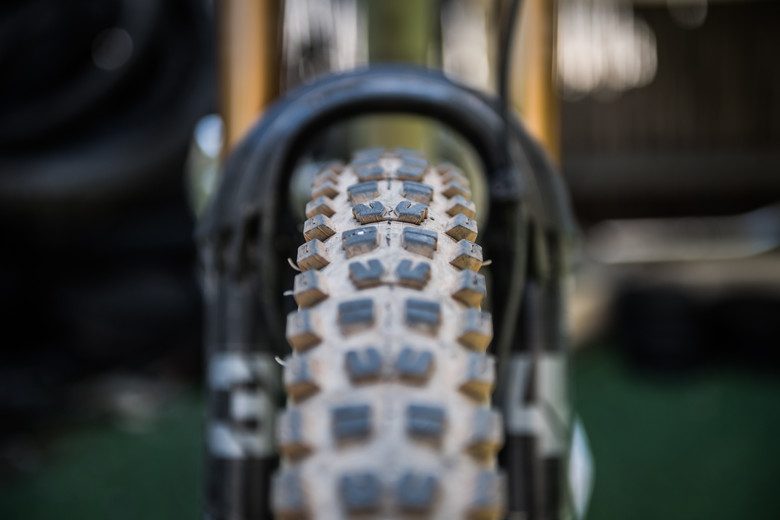 With the testing kicking off during the winter months, our first impressions were gained on fairly moist but mainly hard-packed trails, aka pretty damn good aka hero dirt. In these conditions, the tires were spectacular, but to be fair, with dirt that good, it was to be expected. Wetter days showed the tire to be plenty versatile as well, with confidence inspiring grip across a broad spectrum of roots, rocks, puddles and mud. The only conditions we didn’t test in would be deep mud and snow/sleet, where perhaps the slightly shorter knobs of the Butcher would not fare quite so well. In any case, those first few months really won us over, and it was clear that Specialized was onto something. 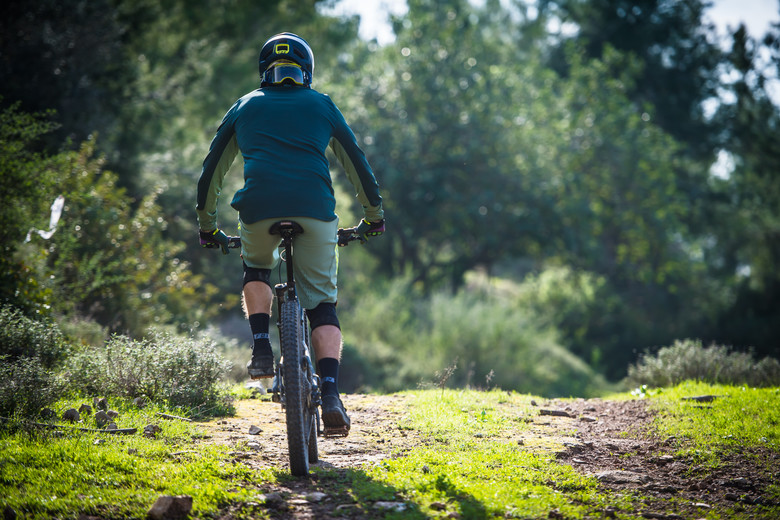 As the temperatures climbed and the precipitation dwindled, the gravity Butchers saw continuous action in looser and looser conditions. This is where this tire really starts to shine, and we could fully begin to appreciate just what Specialized meant when they told us that “damping is more important than plain stickiness”. Putting their money where their mouth is, Specialized settled for 50 durometer even on their grippiest T9 tire, where other manufacturers will often go lower than that. The super-slow rebound characteristics of the T9 compound is what makes the difference here. Specialized says that it allows the tire to stick to micro edges and such in the surface, as opposed to being bounced off. We’ve no access to science to back this up, but what we will say is that it translates to a very confidence-inspiring tire. Braking bite is excellent, and the tire leans over with authority. There is no marked transition from the middle to the side knobs, even with the more rounded profile of the 2.6-inch version. The sidewalls offer plenty of support even at lower pressures, but there is none of that harshness that dual-ply DH tires can sometimes produce. Specialized uses different layers of protective panels in the tire carcass, and the way the different layers are able to slide and move around each other is key to generating this softer feeling, apparently. All in all, this tire is definitely among our favorites in these kinds of conditions. 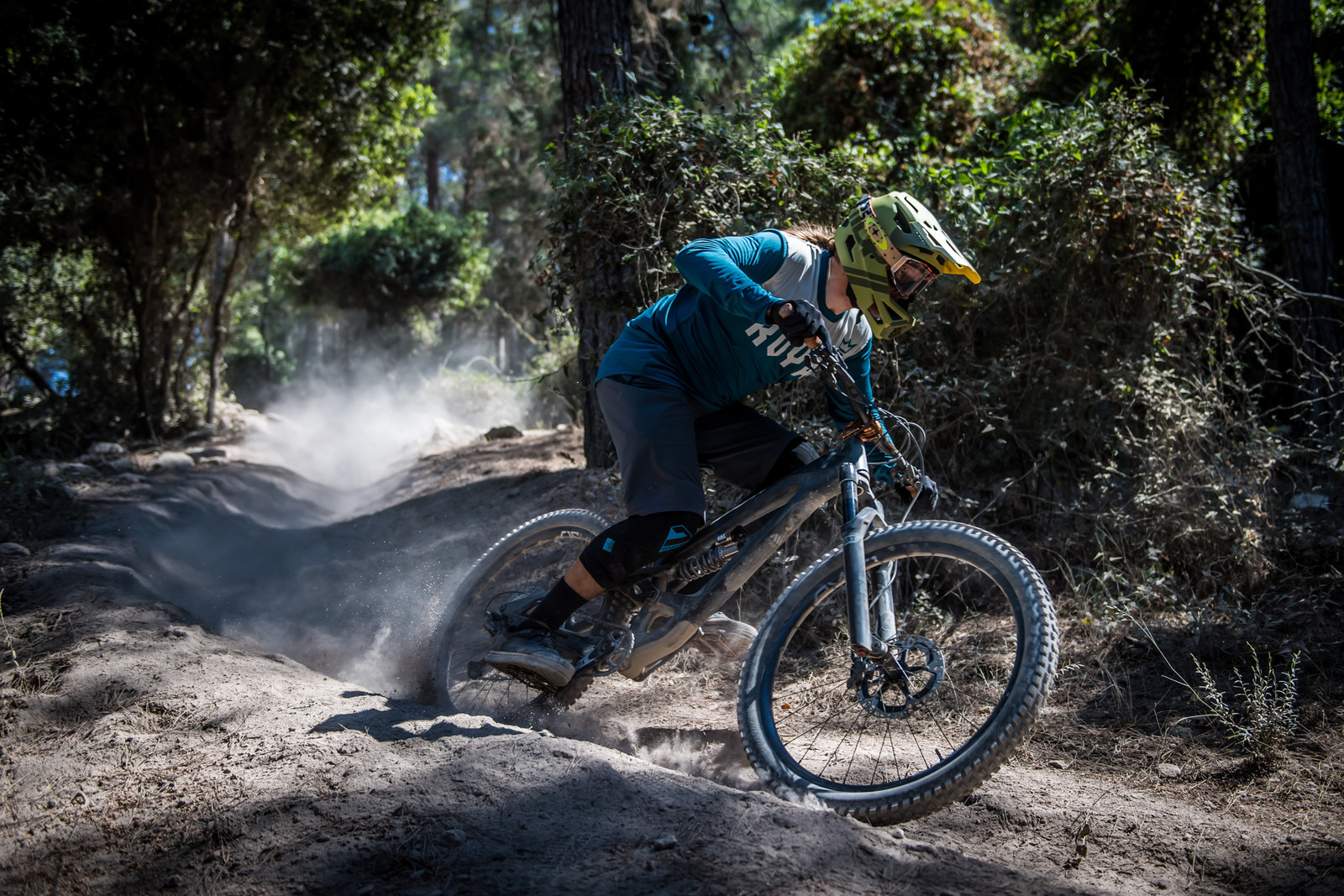 Buoyed by the great experience with the gravity version, we were curious to see what the trail tire had in store. With the same level of grip in a softer and lighter carcass, we were possibly even more impressed with the Grid Trail 2.3. Weighing in at close to 1000 grams for the 29-inch version, this is far from a flimsy tire, and although it features a bit less protection than its gravity brethren, it’s still more than up for the task when things get gnarly. In fact, we haven’t had any snakebite issues in close to 6 months of testing. Really a good compromise where you want to drop a little weight but still have a tire that can actually deal with real enduro riding. 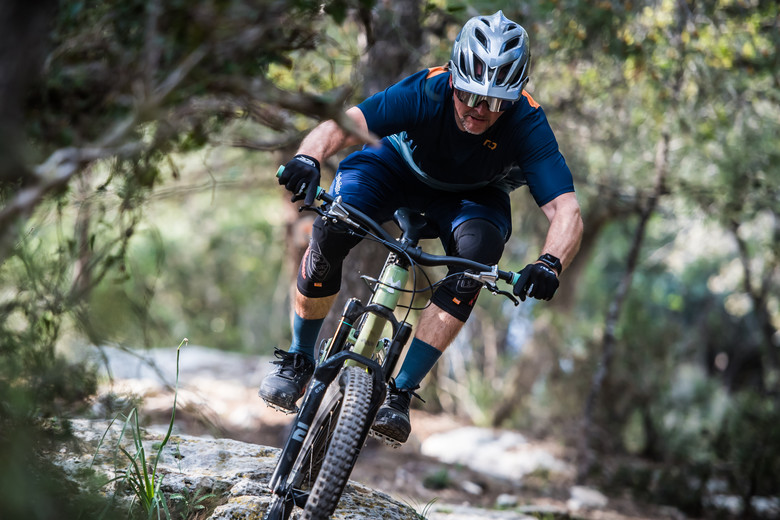 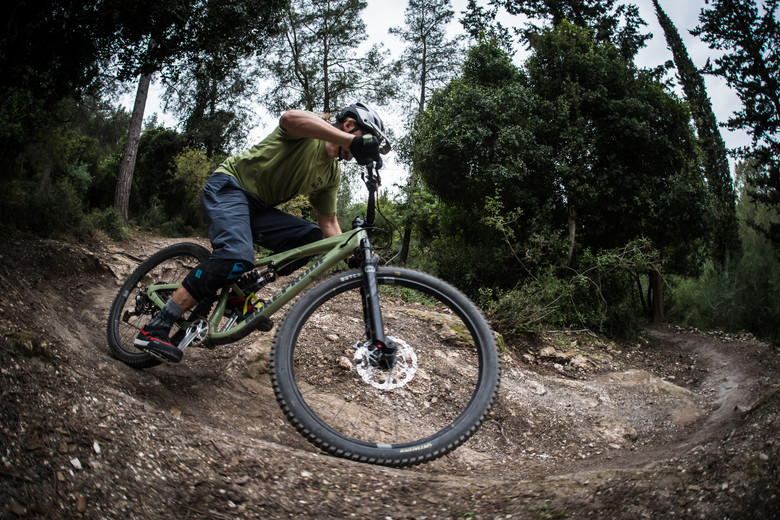 The Grid Trail casing is a bit more sensitive to tire pressure than the Grid Gravity version, it will get a little bit squirmy on you if you really go too low. On the flip side, it really behaves well even if you over-inflate it, thanks again to the slow rebound characteristics of the T9 compound. We pushed it over 30 psi in testing (on the front), and it still offered a lot of control without getting bounced around. Similarly, we rode it at irresponsibly low pressures and as previously mentioned, it has held up really well. 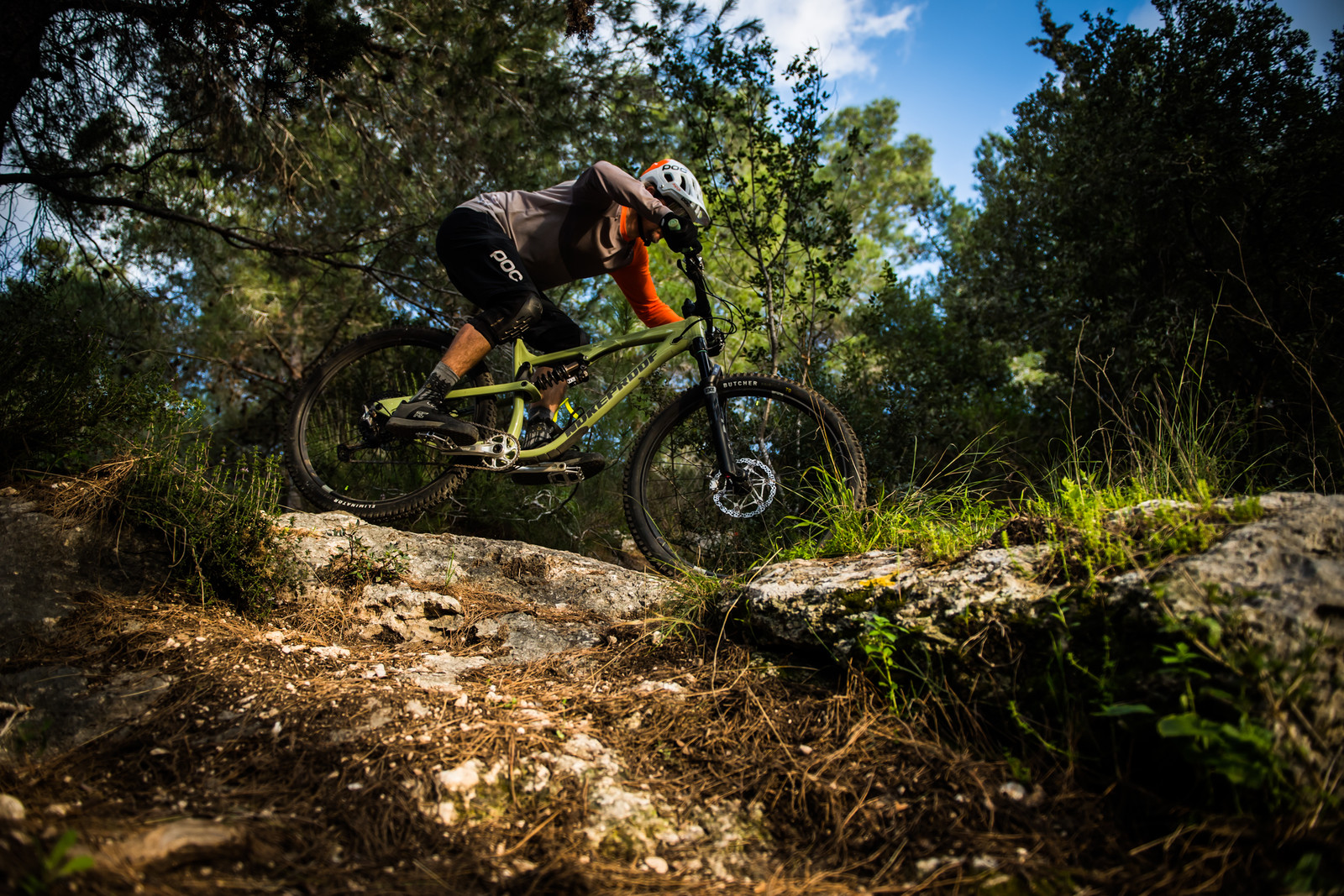 To gain a bit of rolling speed, we ran the Eliminator Grid Trail T7 out back. Between the faster rebound (“harder”) compound and the tread pattern, this tire rolls a lot better than the Butcher. It still did a good job of ruddering the rear end, and much like the Butcher, it proved to be plenty resilient to snake bites and cuts. On climbs, it gives a much lighter and snappier feel at the pedals, and in a rolling test we carried out a bit earlier this year, it proved itself plenty fast on the way back down as well. 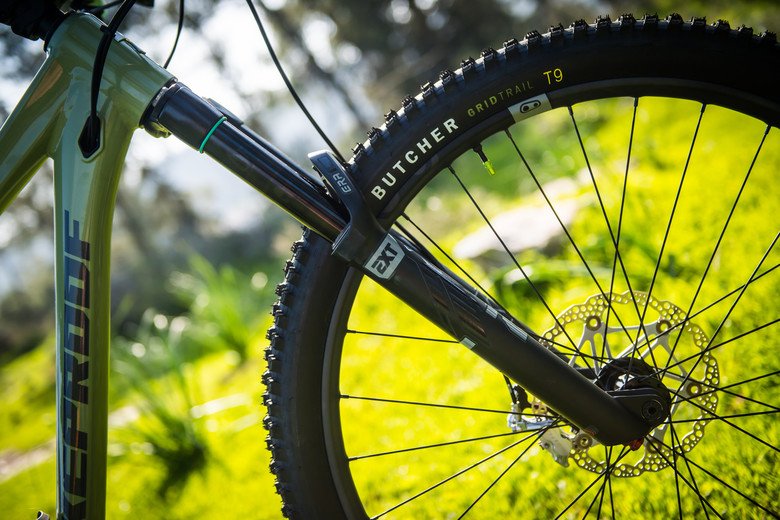 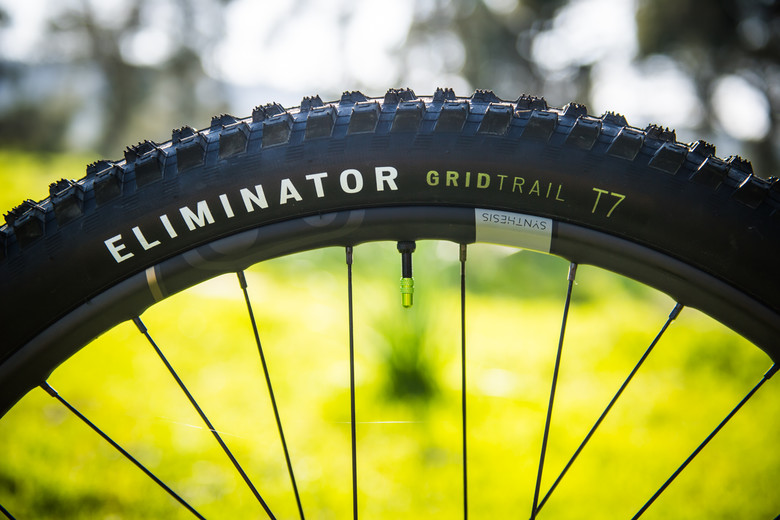 This is going to be a very short section, as we’ve really not found much to complain about with these new Specialized tires. They might not be the first choice if you ride in deep mud and dirt, but then, you’d probably be reaching for another tread pattern with any other manufacturer as well. Other than that, it’s happy days wherever and whatever you ride.

Grippy tires self-destruct after 3 trails, right? Wrong! The Butcher T9s have been on the big bike for more than 9 months now, and although we have several bikes rolling in parallel (reducing the amount of miles we put on each of them), we’re still ready to claim that we’re seeing better than expected wear rates on these. The same goes for the Grid Trail versions that have been on the trail bike since February (~6 months). Both bikes do duty mainly on loose, dry, and rocky terrain, with plenty of abrasive elements doing their best to shorten the lifespan of your rubber. The side knobs are showing early signs of peeling off at the base, but there is still plenty of life left in them. Compared to a Maxxis DHF 3C EXO+, we are seeing much better side knob wear and far fewer flats with these new Specialized tires, at similar weights. Michelin’s Wild Enduro tires present similarly good wear characteristics to these Specializeds, but with a different, more direct feel on the trail (the Michelins are less comfortable and less forgiving when you cruise, but possibly the better choice if you charge super-hard on tougher terrain thanks to the stiffer side knob structure).

Specialized has always been capable of producing good tires, but they’ve had inconsistent results with their compounds and availability has been an issue in the past. With a new factory working exclusive for them (on bike tires), and a range of new compounds that deliver very high performance out on the trail, we’d say they have really righted the ship now. Grippy, durable, and confidence-inspiring, the new Butcher and Eliminator tires will serve you well on anything from your trail to your DH bike. Pick the right casing and compound combo, and go shred!

Review This Product
What do you think?
To add review, please join, log in or connect to Vital using your Facebook profile Login with Facebook.
Tires 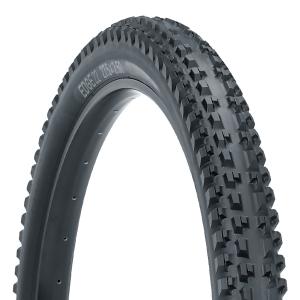 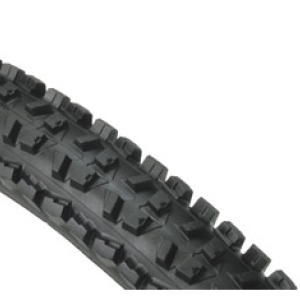 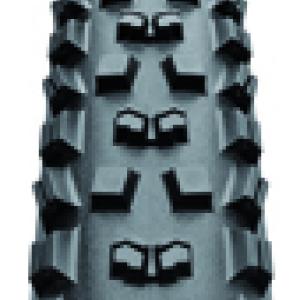 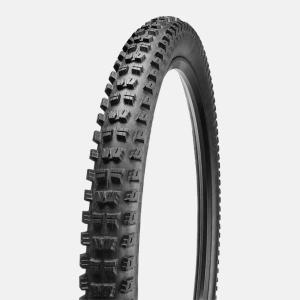