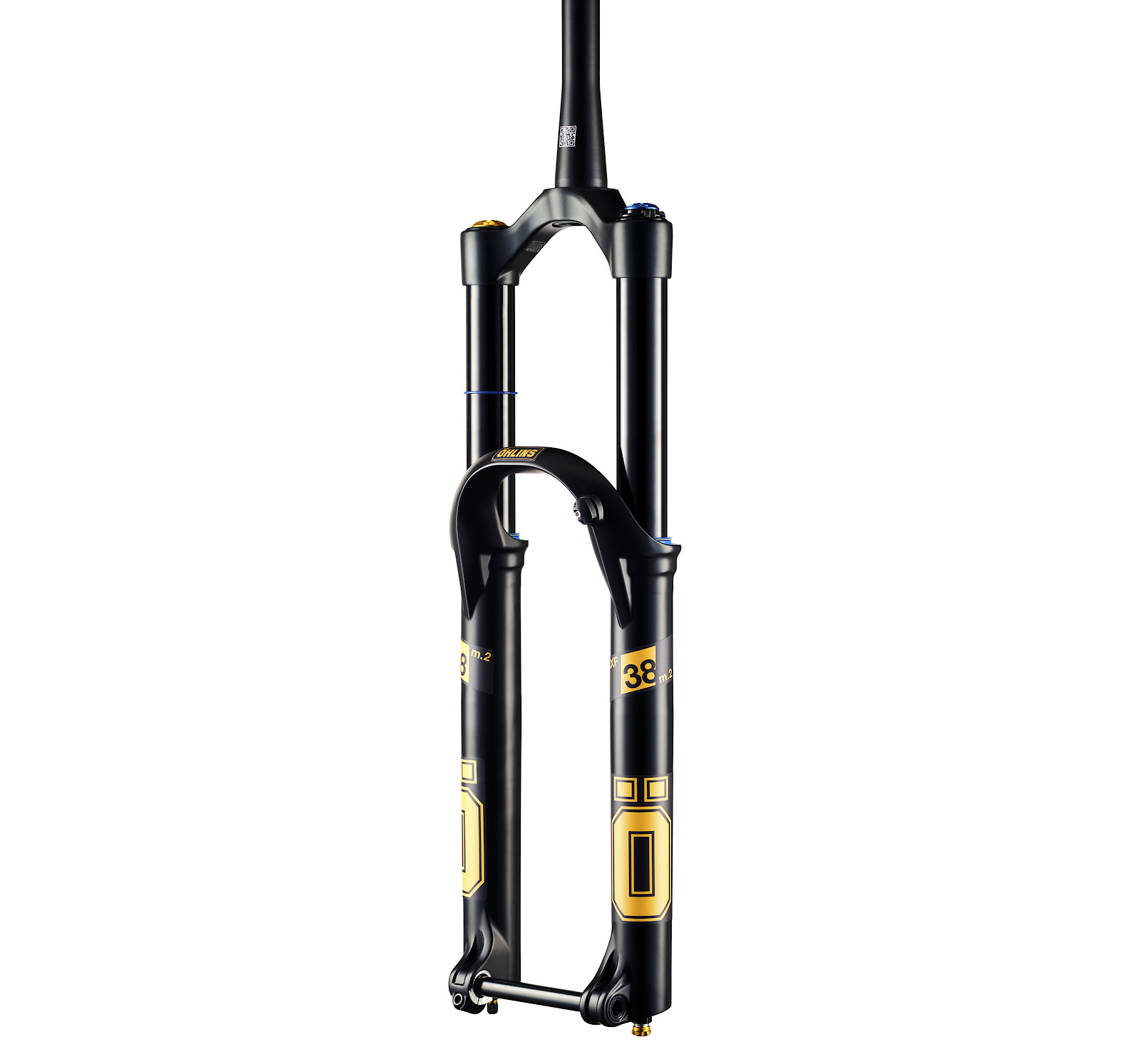 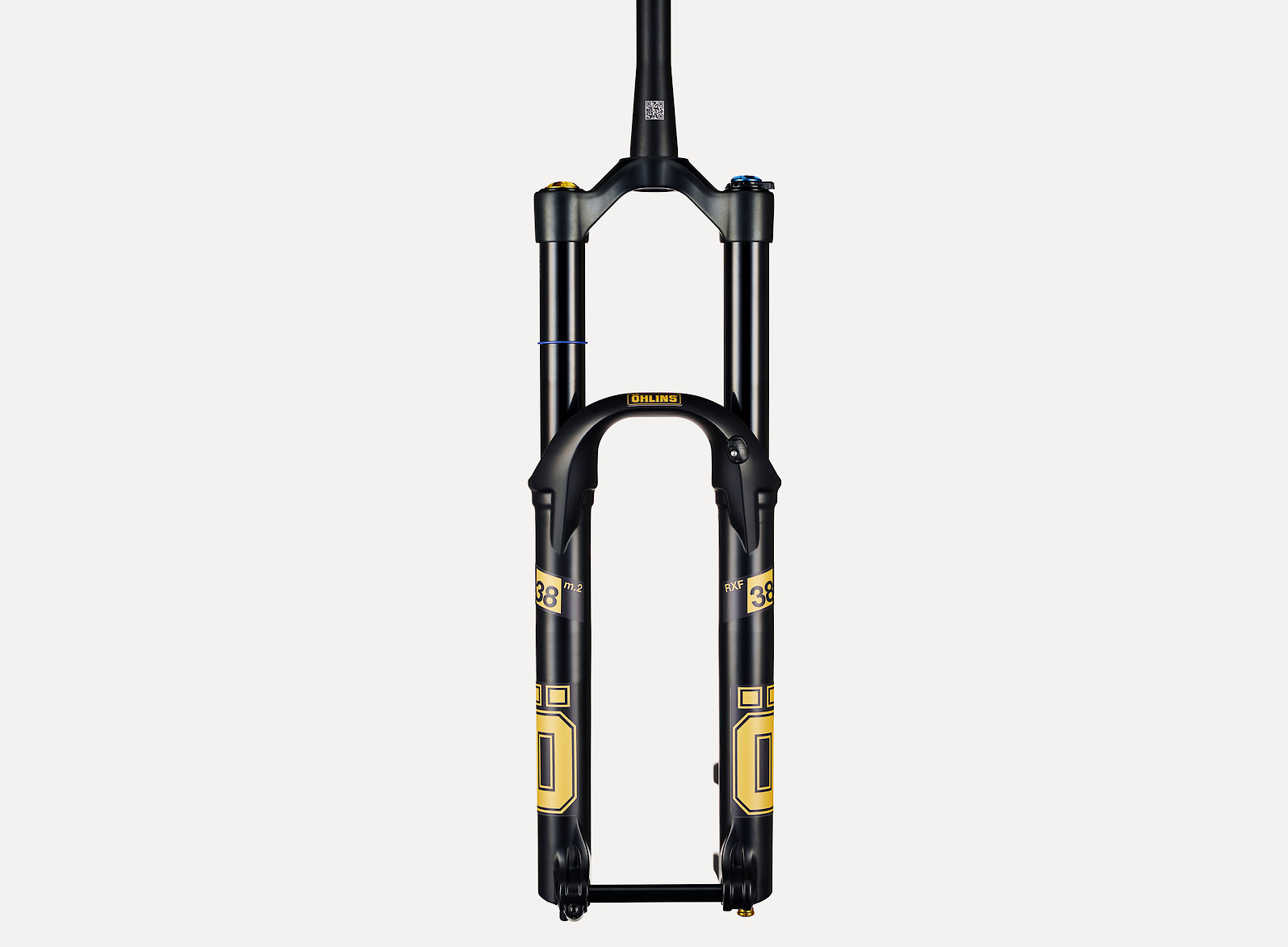 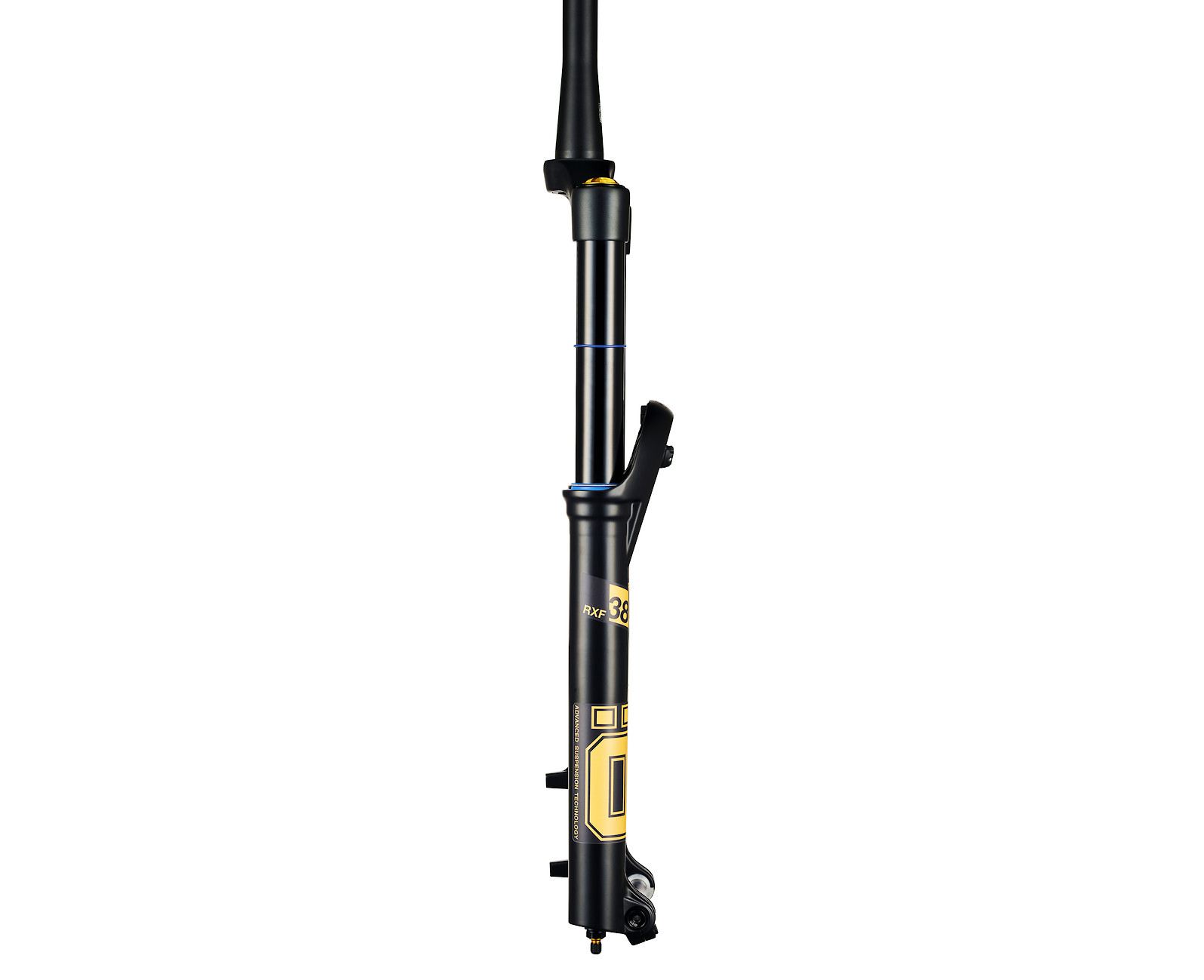 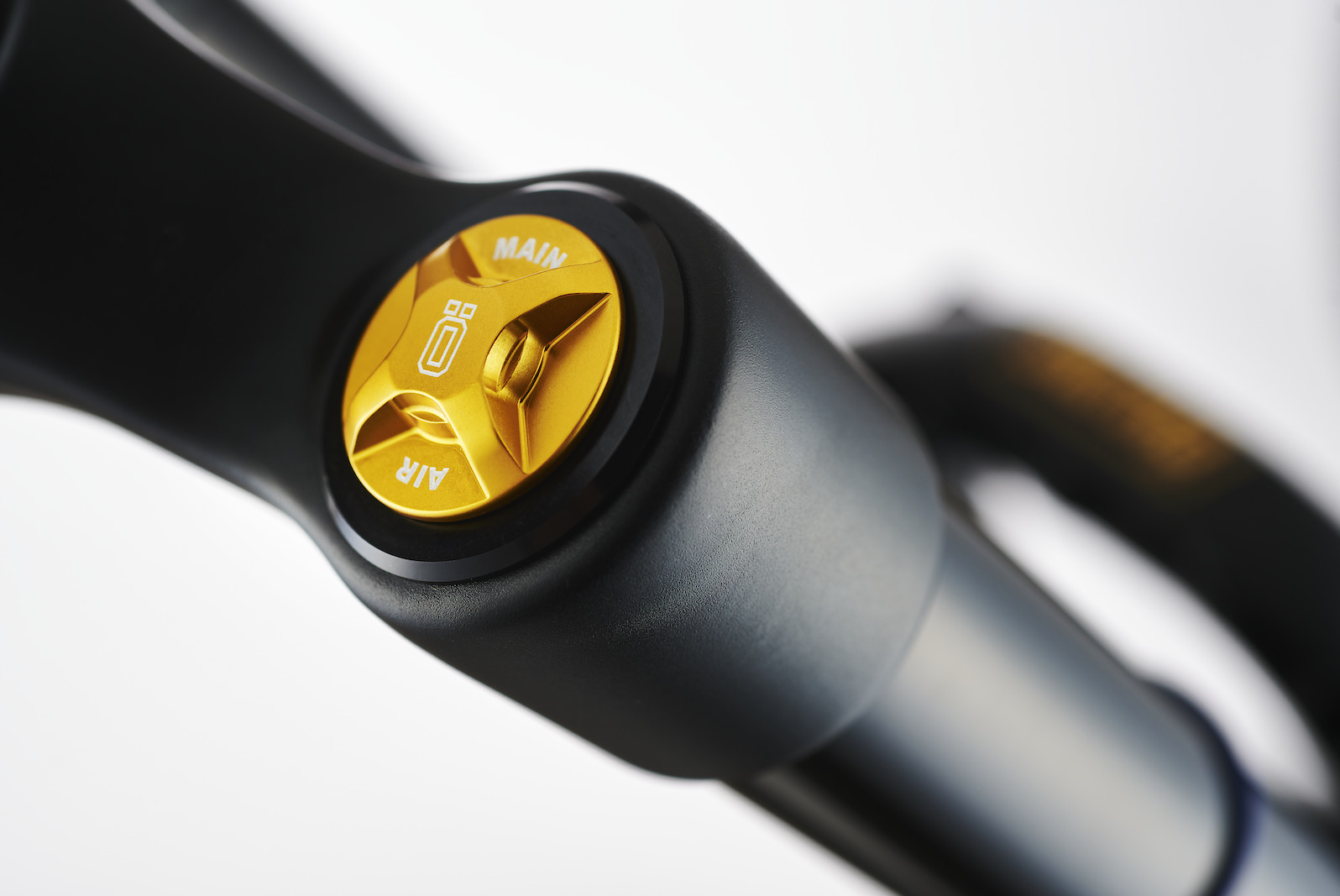 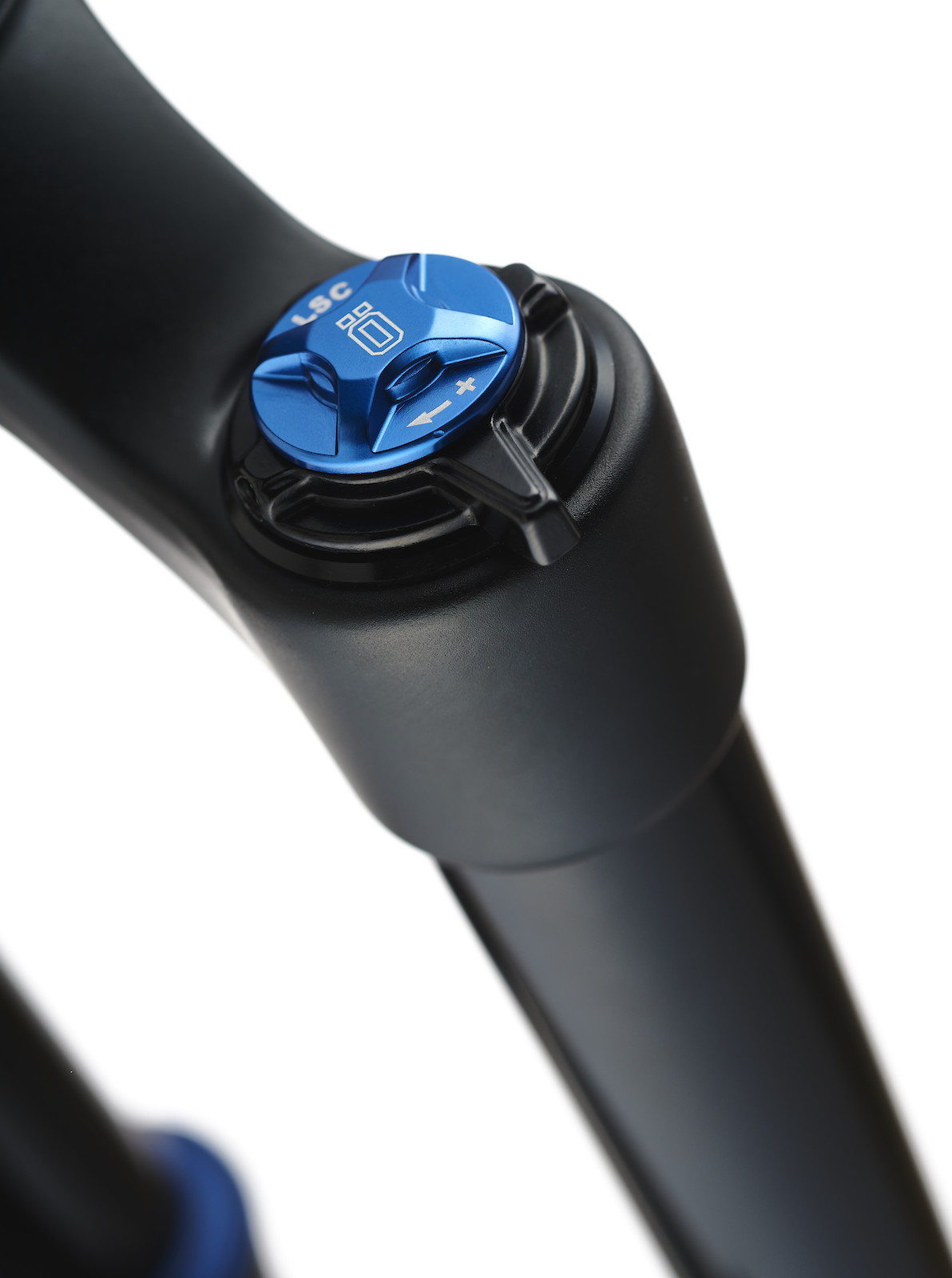 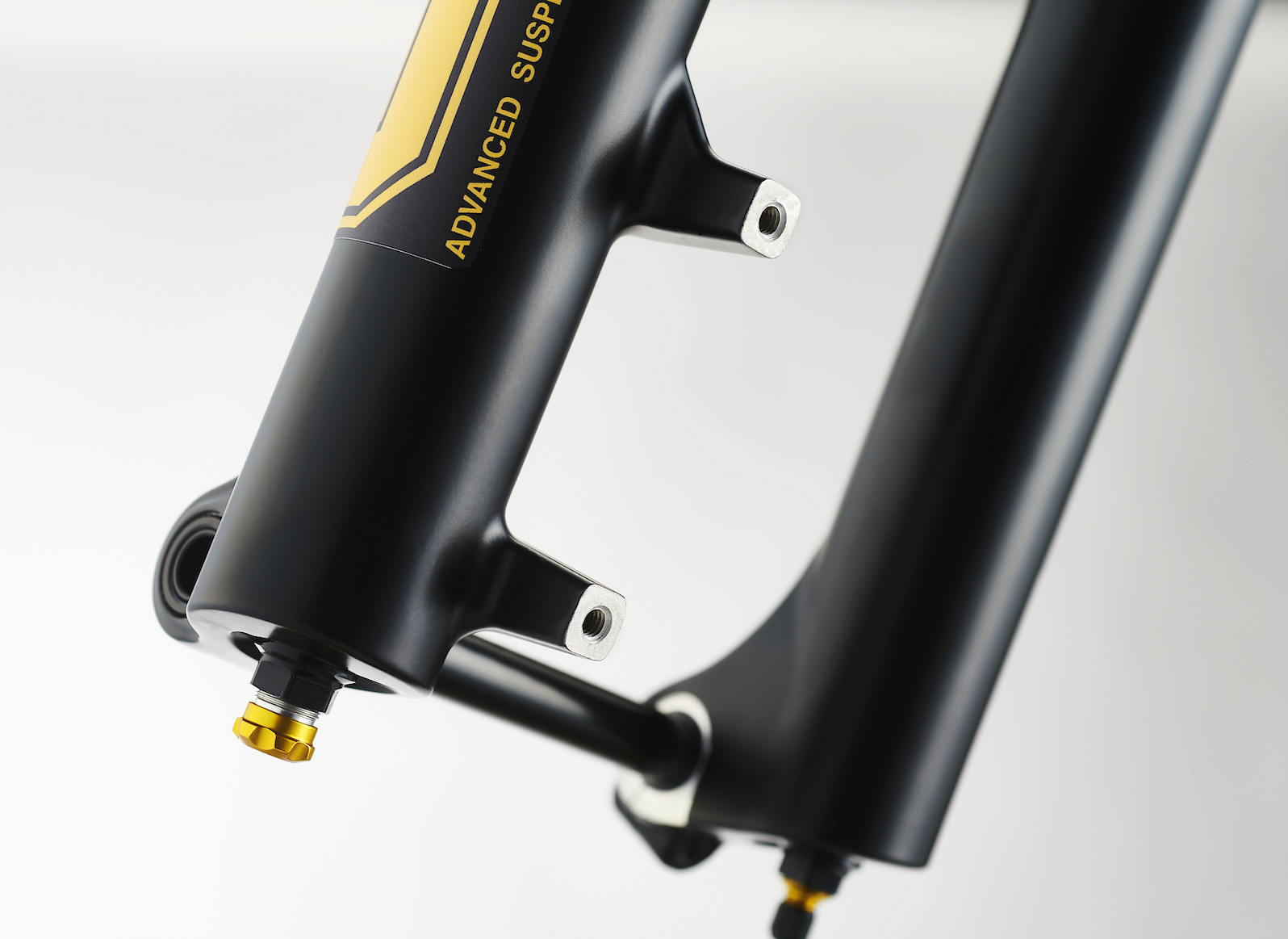 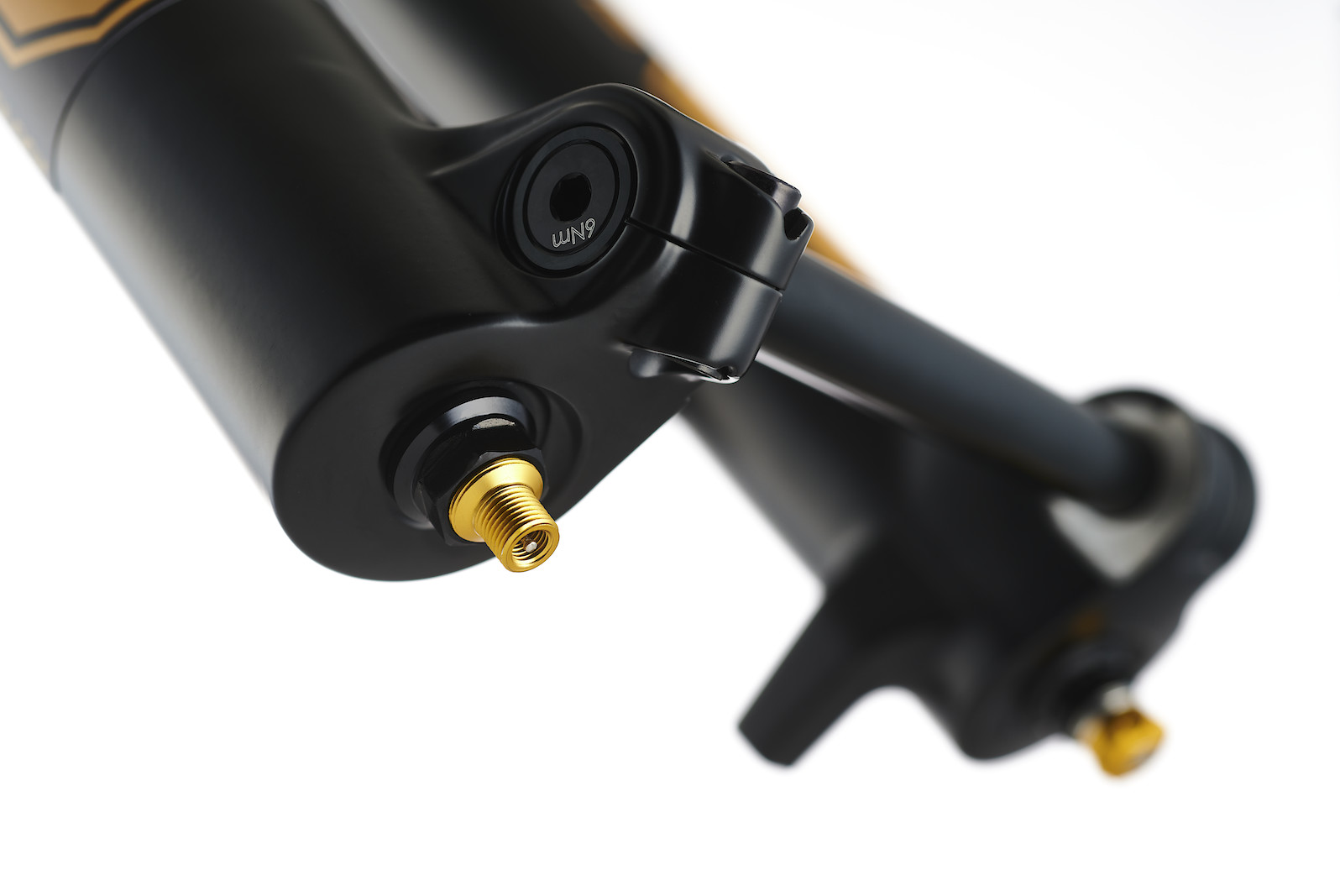 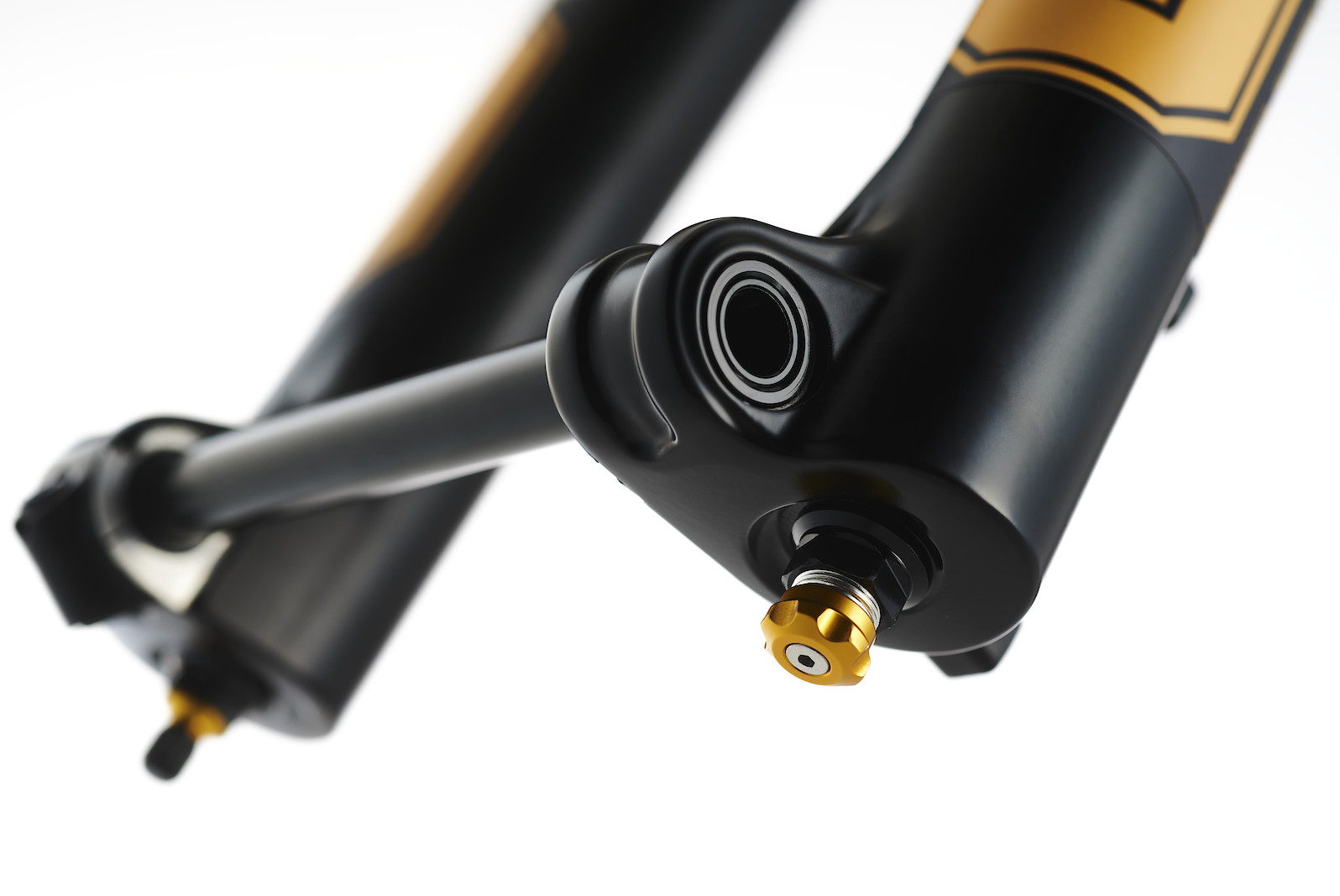 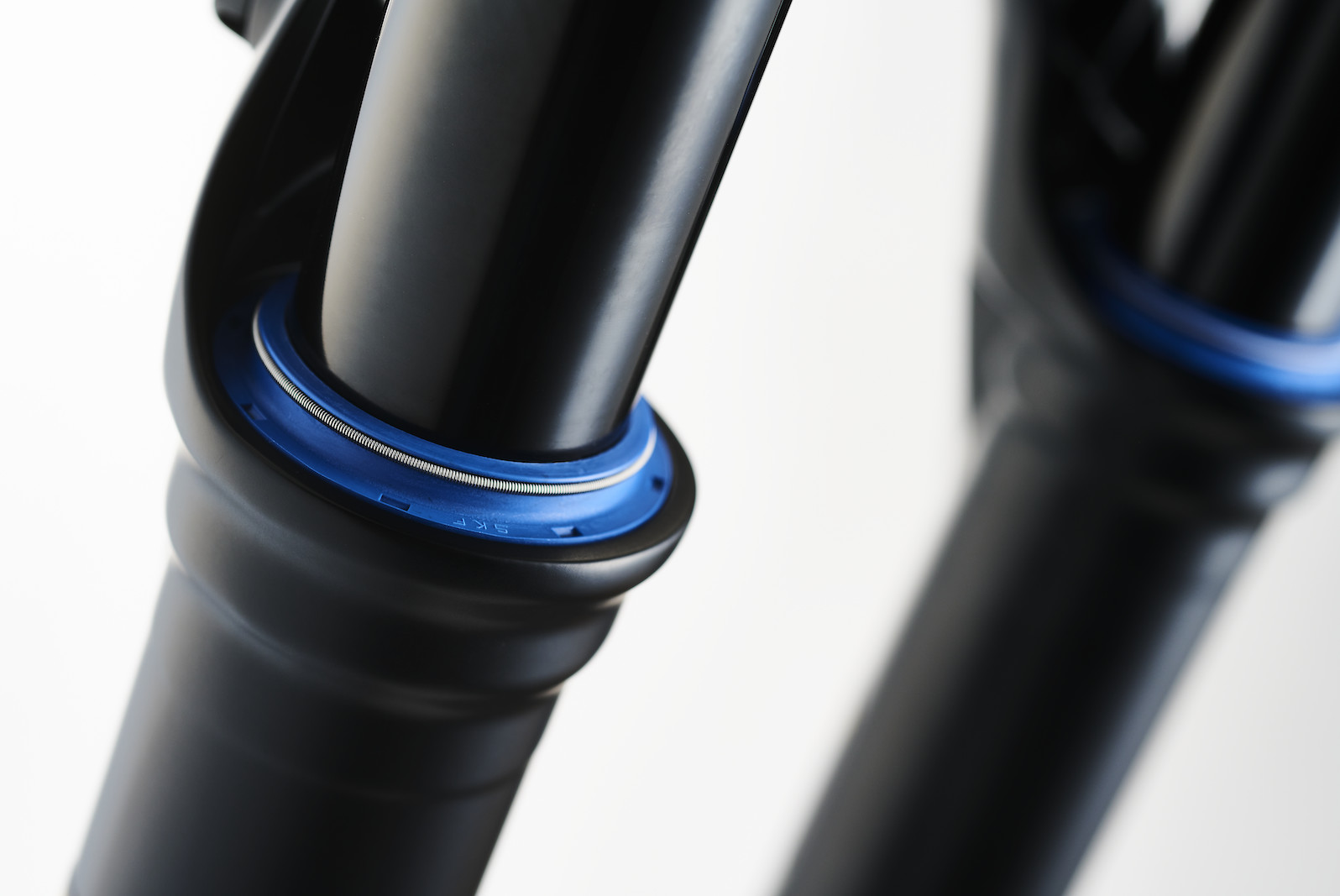 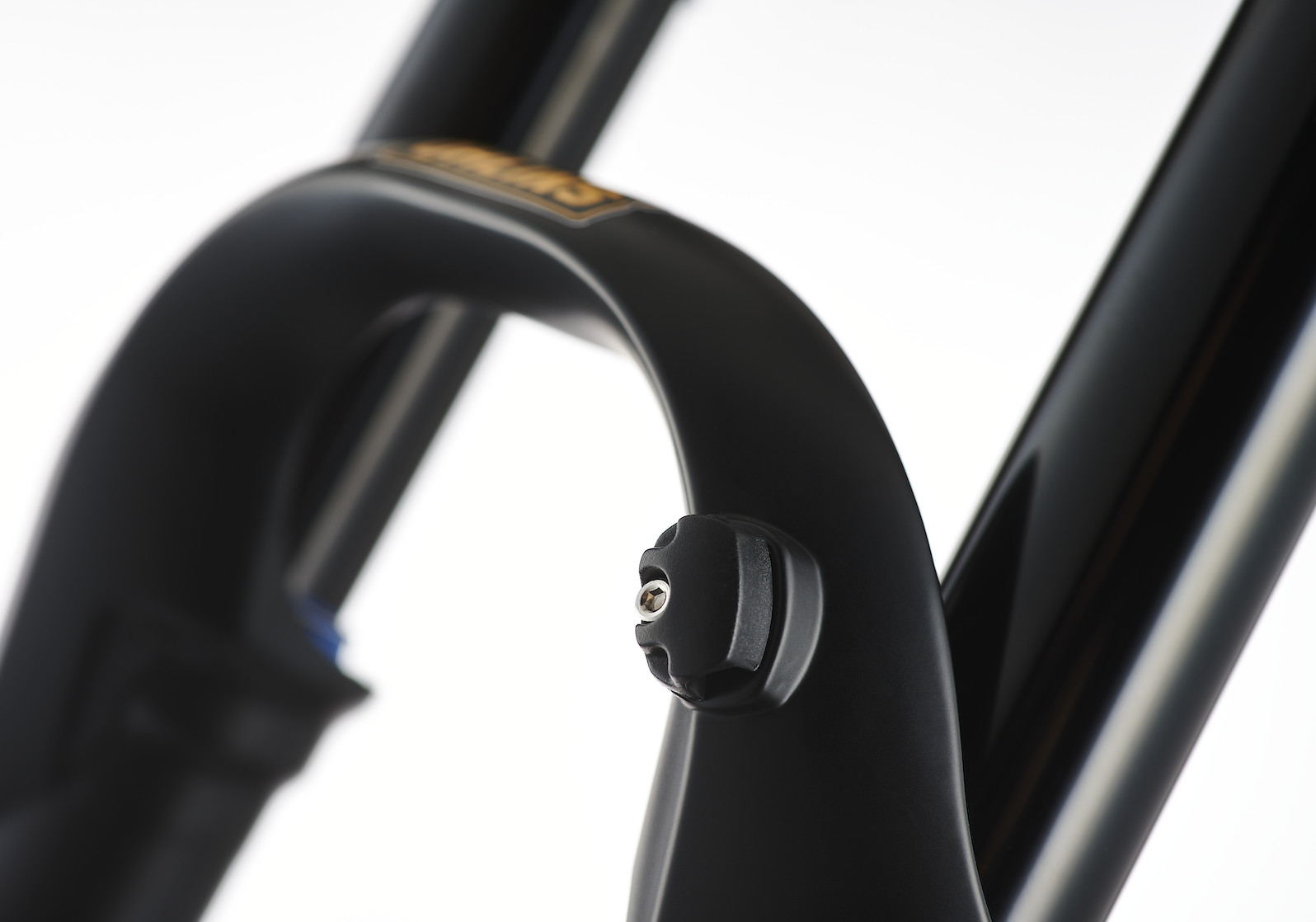 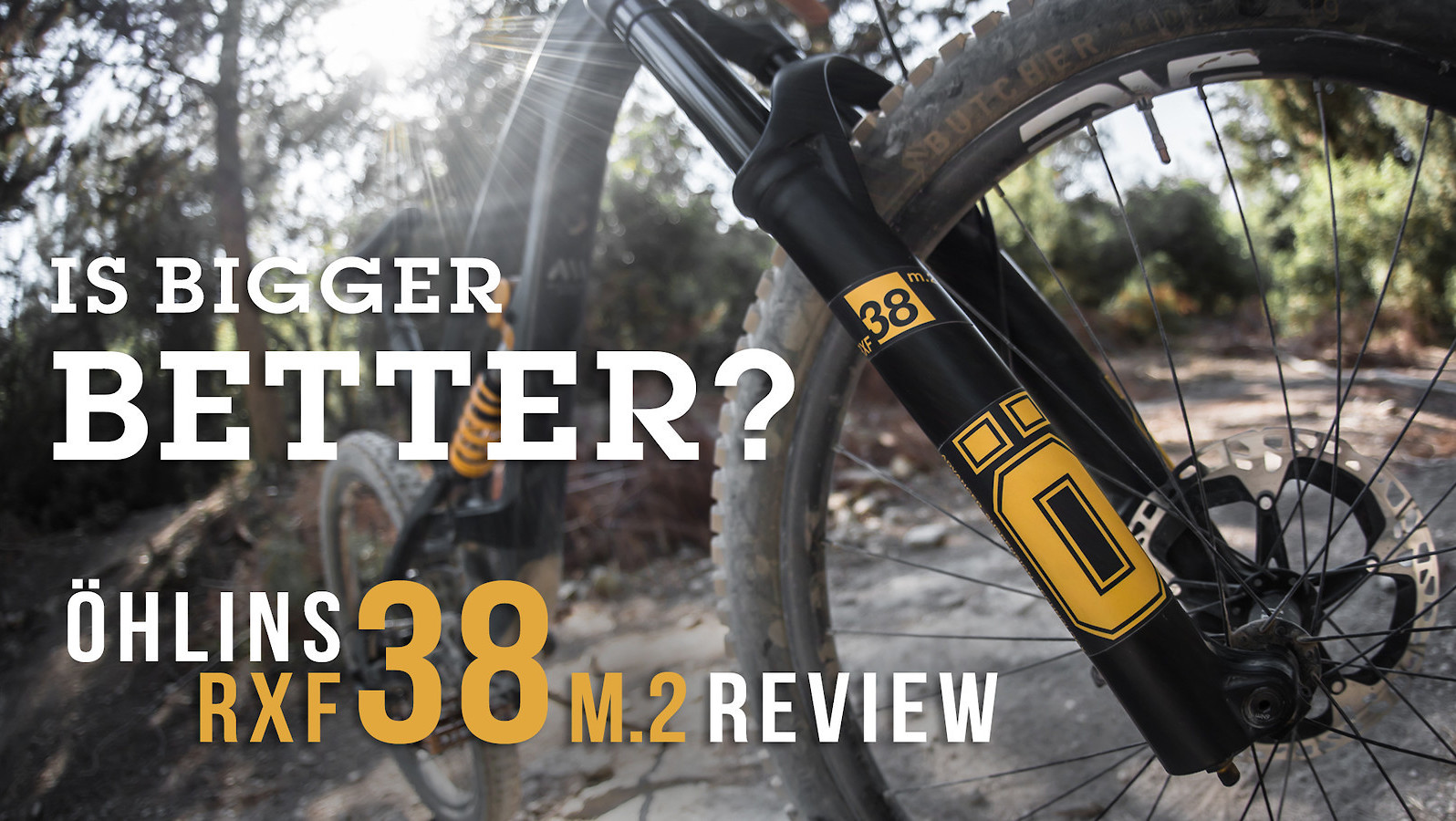 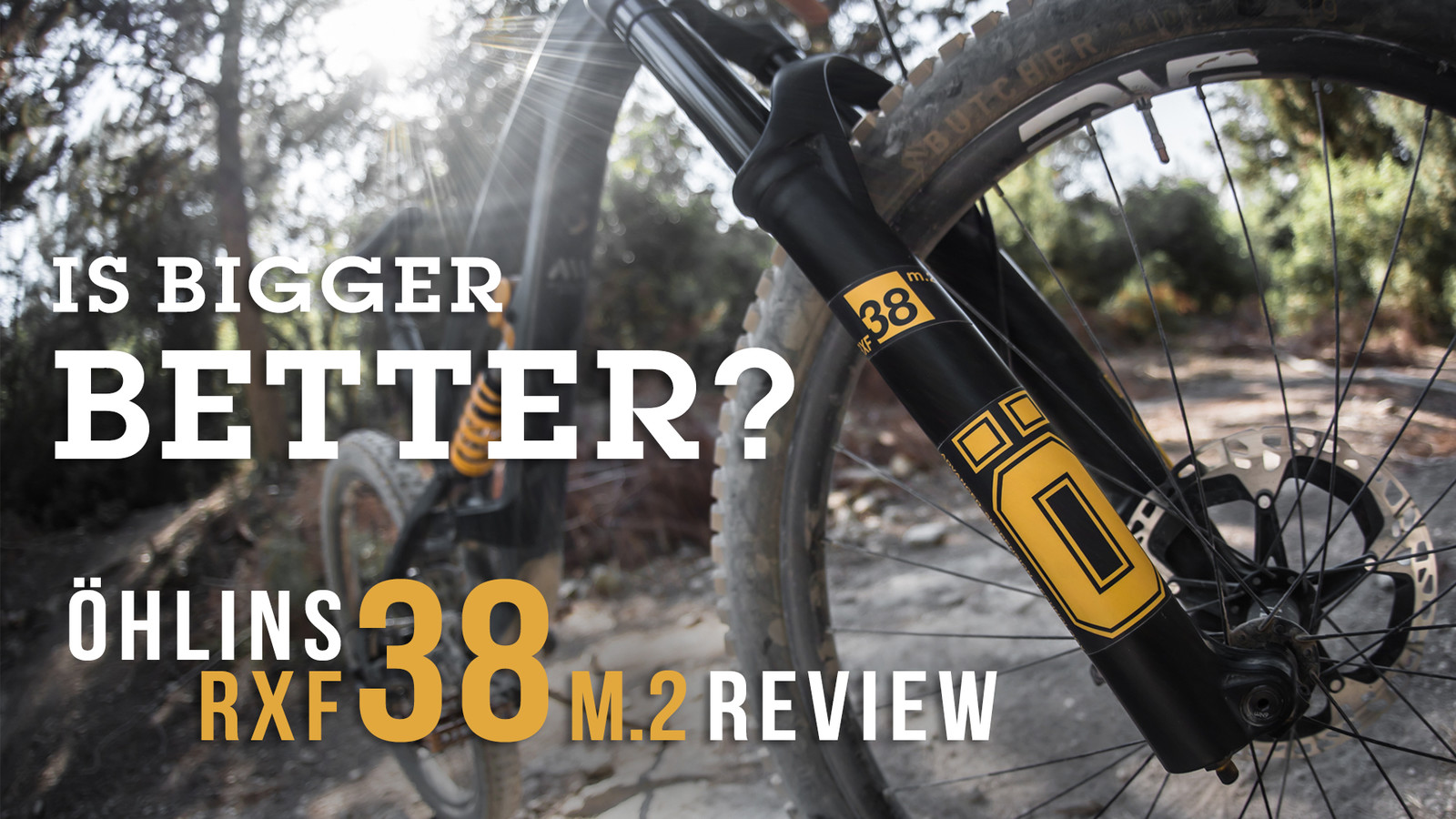 Last year, Öhlins signed a few new OEM agreements which saw their suspension products being specced on bikes from Mondraker, Commencal and Intense, among others. At the time, Öhlins also introduced a new, 38-mm singlecrown fork, but it was designed specifically for ebikes and made available as an OEM product only. Today, the company is releasing the brand new RXF 38 m.2, an aftermarket version of that fork that is suitable for regular old mountain bikes as well. We were fortunate enough to receive one a couple of months ago, so we’re here today to tell you all about how it performs. You can watch the review in video form below, or keep reading if you prefer that format.

The RXF m.1 was made for ebikes, and it shows in the weight. At 2600 grams it’s almost up there in dual-crown territory, and with lowers that can take up to a 2.8-inch wide 29er tire, it’s doesn’t hide its intentions. The new m.2 version is slightly slimmer, while still making use of 38-millimeter stanchions for a stiffness boost. Weighing in at 2390 grams, it’s a little bit heavier than a RockShox ZEB and about on par with a Fox 38 (depending on configuration). Continuing to compare it to the m.1, it will also only accept a 2.6-inch 29er tire as opposed to the 2.8 size that the m.1 could handle. 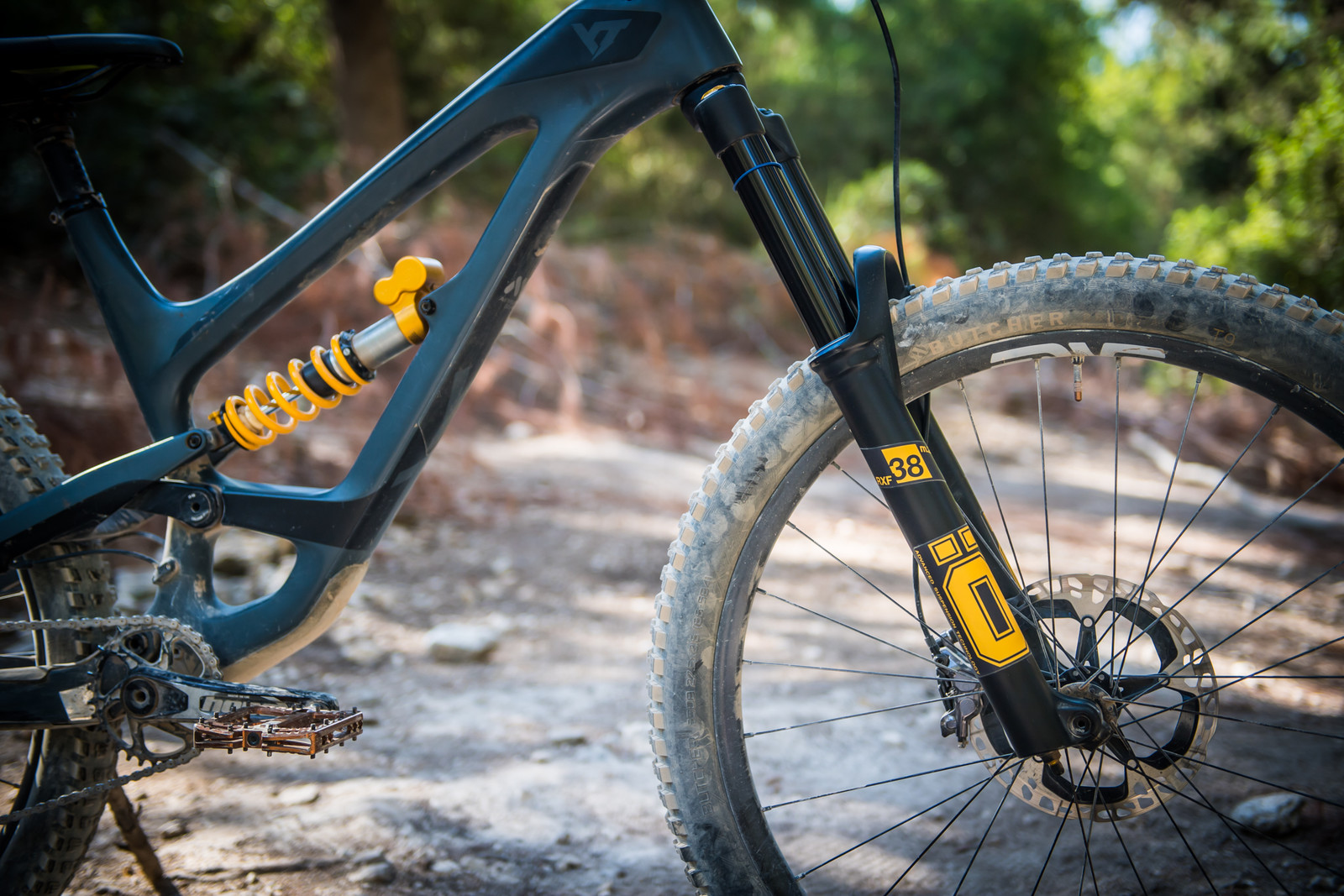 On the topic of tire size, Öhlins are only making the 38 m.2 in a 29er version at this point. You get a choice of 44 or 51 millimeters of offset, and travel options ranging from 120-180 millimeters. The m.1 could be converted to a 20-millimeter axle whereas the new m.2 only supports a 15-mm axle – with the floating axle design familiar from the 36. The floating axle design helps to align the lowers with the stanchions to make sure that there is no unwanted friction caused by any eventual misalignment. The RXF 38 provides 200 mm postmount brake mounts – let’s face it, if you need this much fork, you need at least 200 mm brake rotors as well. 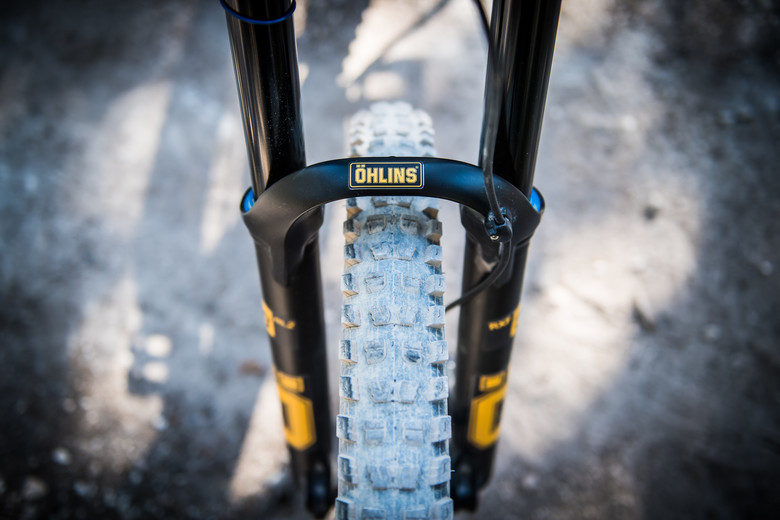 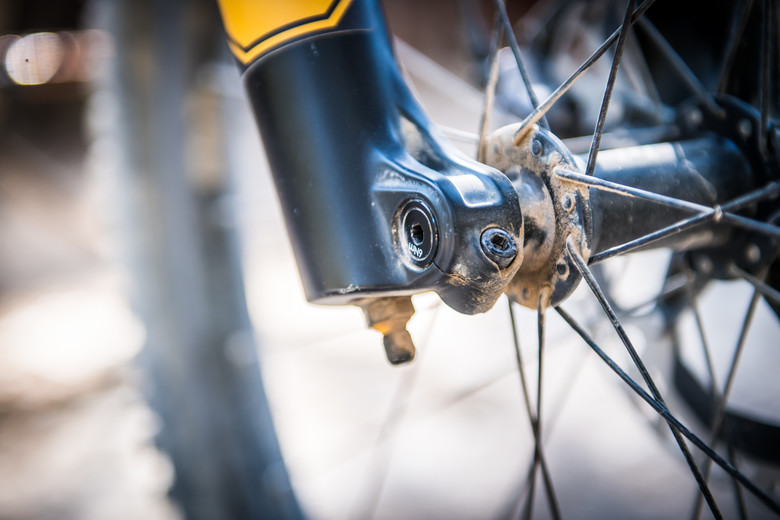 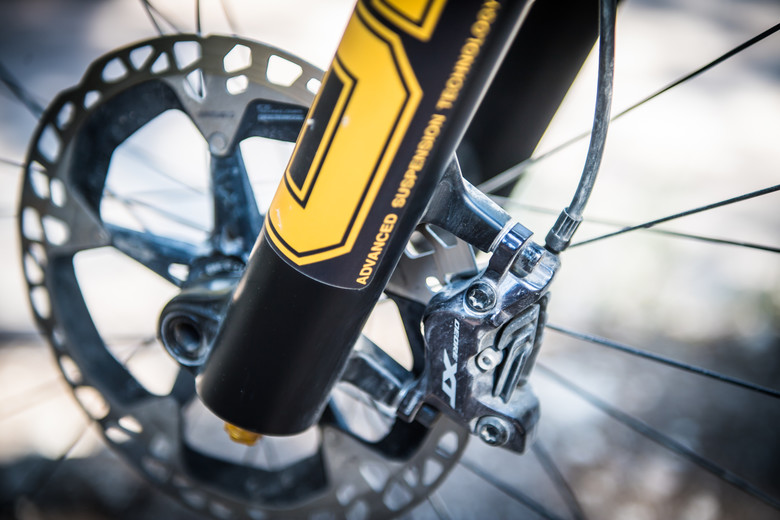 On the air spring side, the RXF 38 inherits the three-chamber system from the DH 38 and the RXF 36. It features a positive main chamber and a self-equalizing negative chamber, with a third chamber that takes care of mid-stroke and bottom out support. Just like on the EXT ERA we reviewed a couple of weeks ago, adjusting the pressure of the third chamber has essentially the same effect as adding or removing tokens from a regular, dual-chamber fork. The air spring has been brought over from the RXF 36 with little or no changes.

The 18-millimeter damper also comes from the DH38 and RXF36. It is based around the same twin-tube architecture found in so many Öhlins products, which allows for a re-circulating oil-flow that provides excellent sensitivity and fast reaction times to changes in oil-flow direction. The damper offers 15 clicks each of low-speed rebound and compression adjustment, while the high-speed compression dial features 3 clicks and a 4th position that activates a climbing platform.

To test out the new fork, we installed it on our YT Capra 27. The RXF 38 is based around a 29-inch chassis, but with a 44-millimeter offset version available, you can run it with the smaller wheel with no problems. You just have to make sure that the bike’s geo can handle the extra length of the fork, which in the case of this Capra was not an issue. The A-to-C of the 170mm 29er fork is close to that of a 180mm 27.5-inch fork, and that configuration was available from the factory on some versions of this bike. 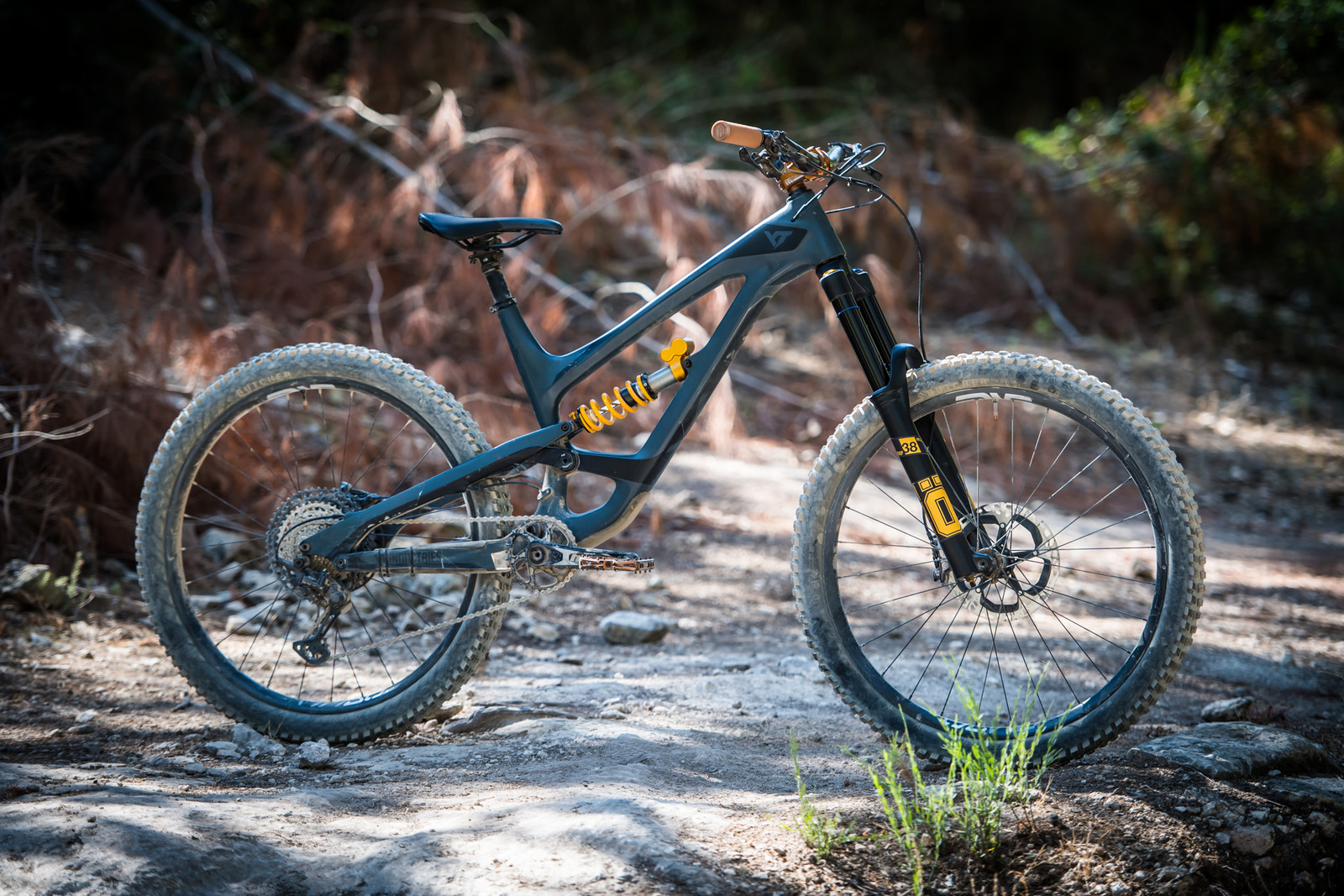 We have extensive trail time on the RXF 36, and with so much in common between the two forks, it was easy for us to set up the new 38. Finding a good balance between the positive and the bottom-out chamber requires a little experimenting if you’re new to the fork, but there is a wide usable range available and it’s hard to end up with something that doesn’t actually work. We’re particularly impressed with how the fork maintains its sensitivity even when you run higher main spring pressure, which really gives you the option to dial in your ride height without too much concern for overall harshness. We like the recommended settings for steeper and rougher trails, and we’ll back off the pressure in both chambers a bit for more mellow trails. Bottoming out is never a concern, even when you back off the ramp-up chamber a fair bit, the end-stroke remains perfectly controlled. 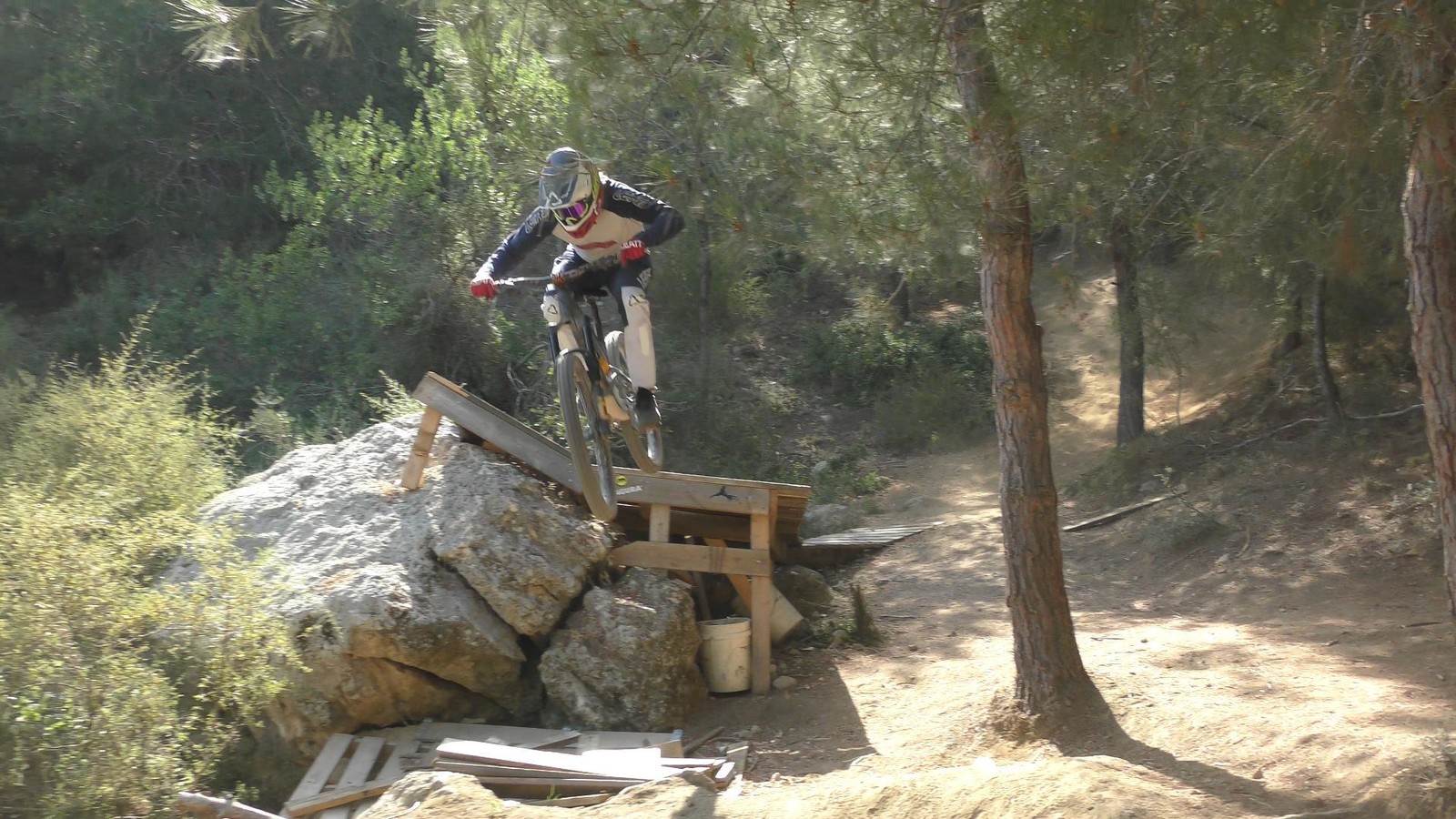 On the damping side, we’ve always been impressed with the TTX damper and that was once again confirmed on this new fork. Much like with the air spring, the adjustments offer a wide usable range and the fork remains functional even at the extreme ends. If you’re used to locking out your rebound to check that it’s working in the parking lot, you’ll feel a bit anxious here at first, but in our experience, you’ll never be left wanting for more range out on the trail. And that brings us to the main point: on the trail, the later generations of the RXF forks are nothing short of impressive. The mix between comfort and support is at least as good as anything the competition has to offer, and we’ll go so far as to say that in terms of overall control, this is as good as it gets. The fork is just very calm in action, never overwhelmed but also not needing you to run crazy high pressure to maintain control when things really heat up. You also don’t need to be super precise with the set-up, which might be an advantage for the weekend warriors out there who’d rather spend time shredding vs tinkering with shock pumps and damper dials. 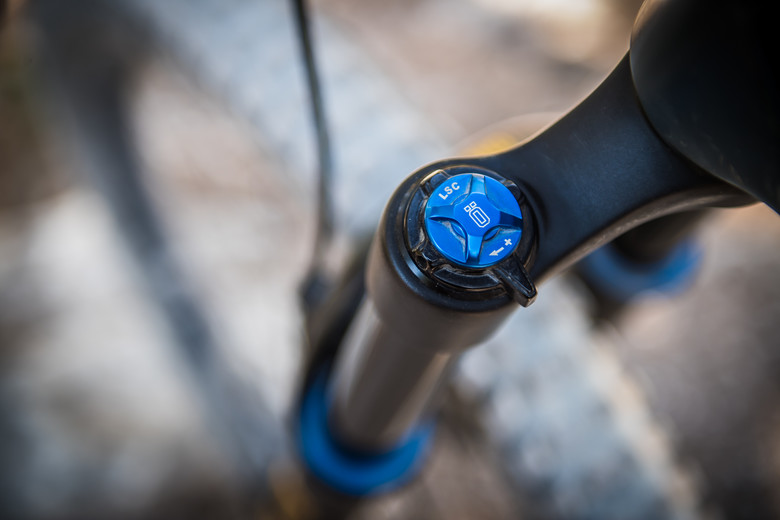 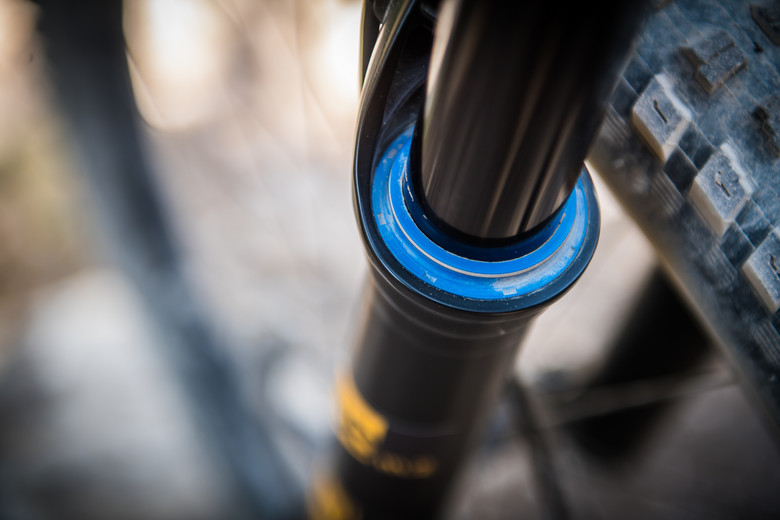 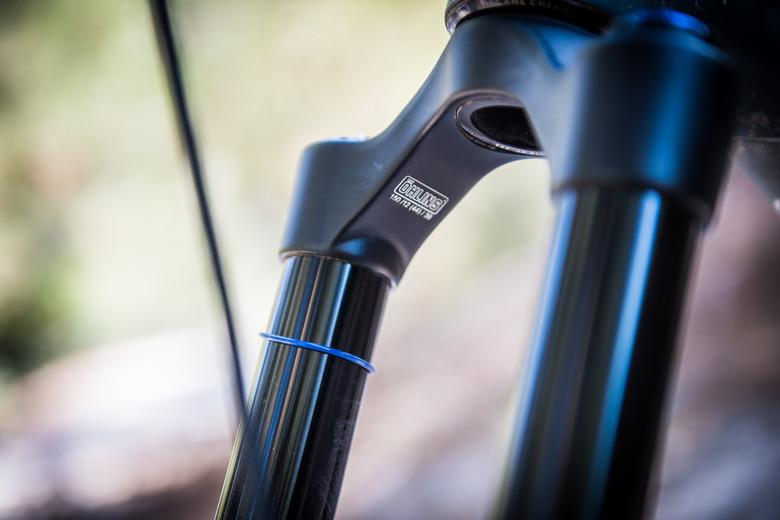 So how does the new RXF 38 compare to the previous 36? You’ll have guessed it by now, the air spring and damper performance is pretty much identical, but we also feel like the additional stiffness of the 38-millimeter chassis really brings out the very best this set-up has to offer. The stiffer chassis further isolates the internals from any unwanted bending or twisting, and just lets everything work the way it should. When would we pick one over the other? If you ride really steep and rough trails and you’re running a mullet or full 29er set-up already, the extra weight of the 38 will be worth it – especially if you’re in the 170-180 travel range. If you’re running a 160 mm fork and looking to save weight where you can, the RXF 36 is still an incredible performer that doesn’t give up all that much in the stiffness department anyway. Compared to the main competition, the new RXF 38 will happily mix it up with any of the big, high-end forks we’ve tested recently. It offers the same small-bump compliance as a RockShox ZEB, although it feels a bit different at the handlebars. Against a FOX 38, the RXF 38 can do all the same things while offering easier air spring adjustability and damping that maybe requires less effort to dial in. We should also point out once again that the Öhlins fork really feels like it has an extra level of composure compared to other forks – it’s subtle, but that feeling is there. In terms of features, the FOX 38 has new bypass channels for better foam-ring lubrication and release valves to reset any unwanted pressure build-up in the lowers, which the RXF 38 does not have.

Would it be nice to have this thing weigh 2000 grams and deliver the same performance for $500 bucks? Sure, but that’s not a reasonable request now is it? In the real world, the only complaint we have is that Öhlins has decided to not offer a dedicated 27.5-inch version of this new fork. 27 ain’t dead! (or is it?)

In terms of durability and quality, we’ve been testing the RXF 38 for a couple of months now, with absolutely no performance degradation whatsoever. More importantly, our RXF 36 m.2 test fork was with us for about 20 months of heavy use before requiring a service and a bushing swap. We’d expect similarly good results from the new 38, since it’s based on the same components and manufacturing processes.

To sum up our thoughts, the new RXF 38 m.2 takes everything we like about the 36-mm version and cranks up the volume a bit more. The extra bulk of the bigger chassis not only provides the stiffness needed to run longer travel, but also lets the internals work even better. This fork is as smooth and as controlled as they come, and the wide usable range makes it easy to live with, whether you’re part of the set-it-and-forget-it crowd or whether you like to tune things to a t. If you’re in the market for such a burly beast, definitely put this one right at the top of your shortlist. 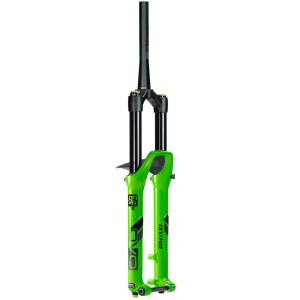 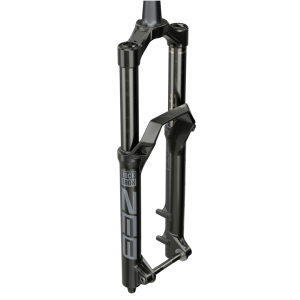 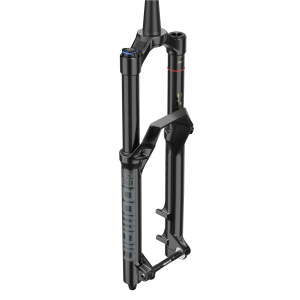 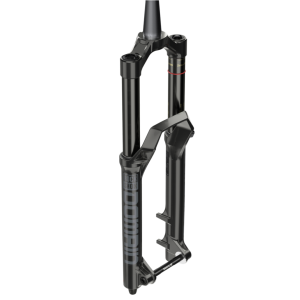 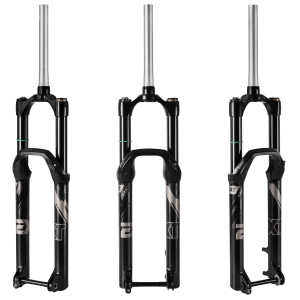 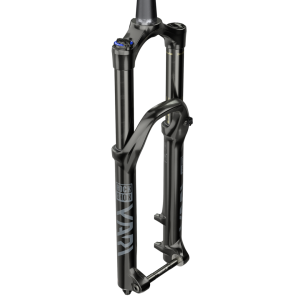 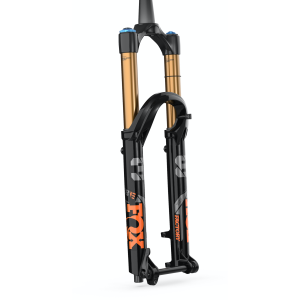 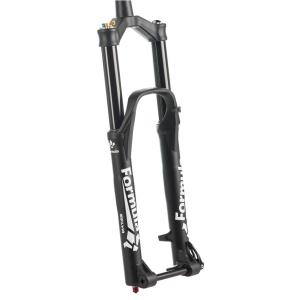