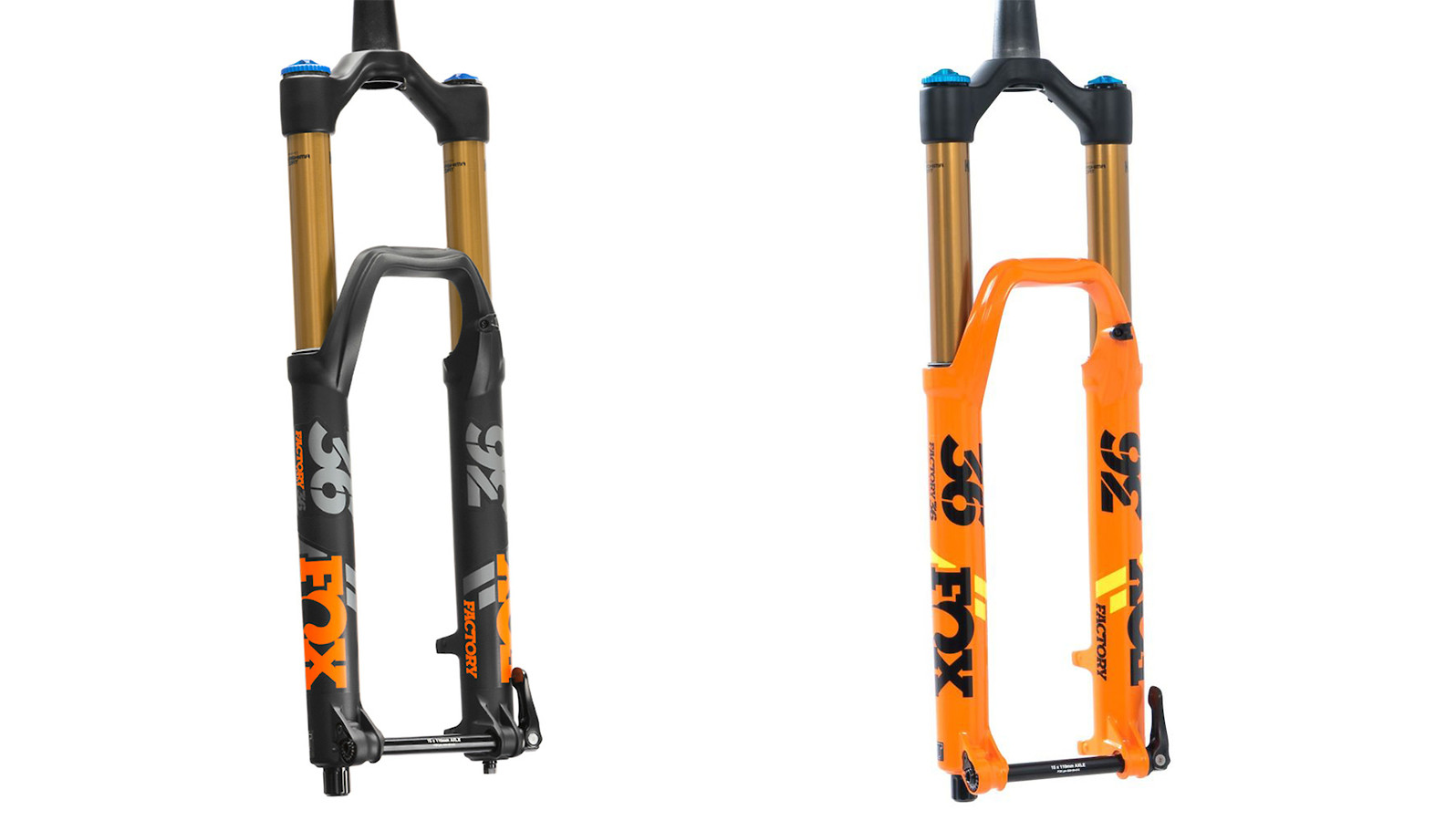 Related:
FOX
Suspension
Enduro
Trail / All-Mountain
Forks
Vital Rides the 2019 FOX Float 36 Factory GRIP2
With a brand new damper featuring 4-way adjustments and a more usable tuning range, the 2019 version of the 36 is smoother and better than ever before.
Rating:
Vital Review 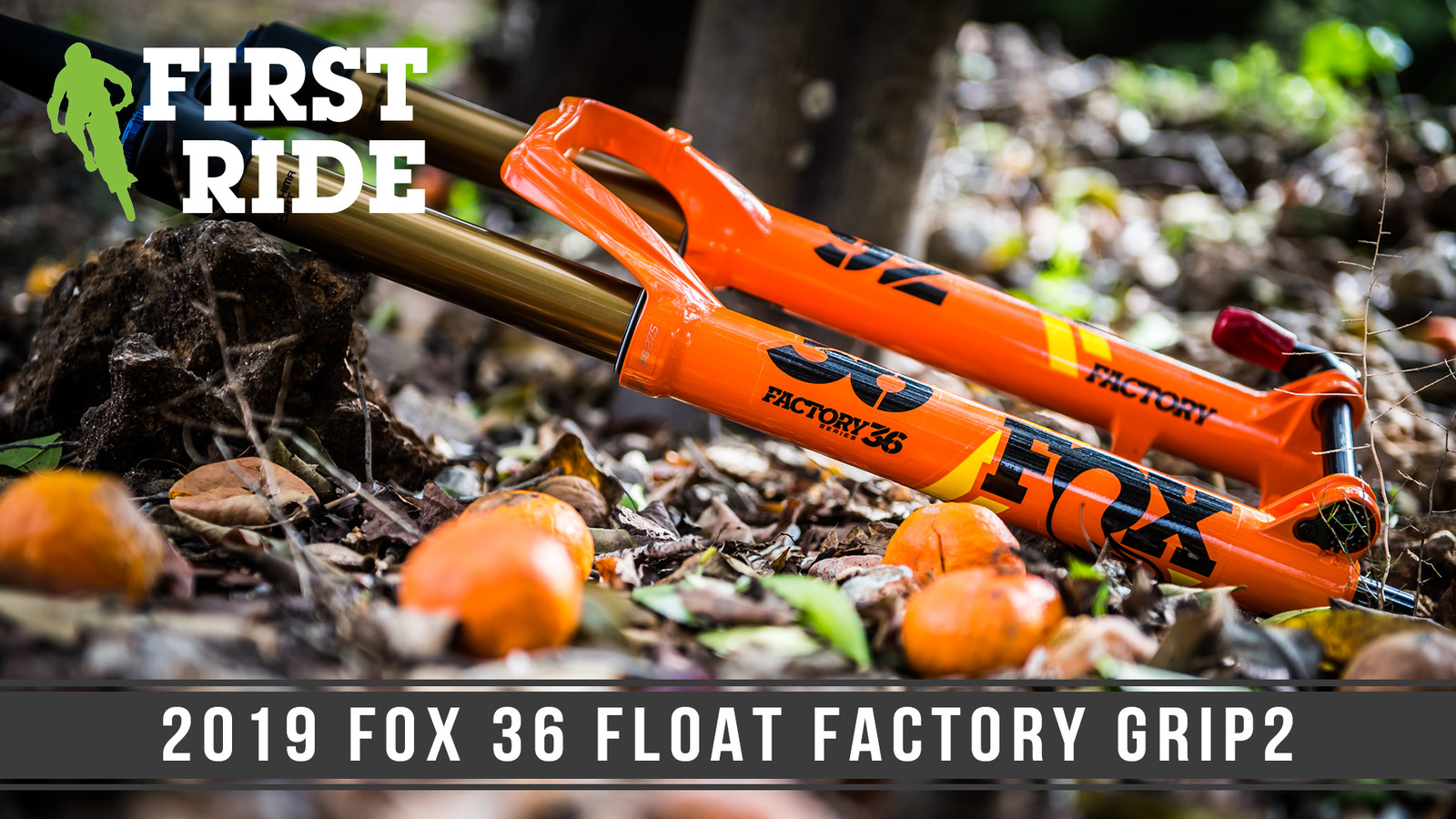 FOX’s heavy-hitting single-crown fork has gone from strength to strength over the past couple of years. Improvements in damping and sensitivity saw it claw back ground it had lost during a few darker years, to the point where it is now back to being regularly cited as one of the top performing forks in its category, including by this very website. That is of course no reason to stop trying to improve, so when FOX sent over a 2019 sample equipped with a brand new damper design, we were eager to get it on the trail to see what that they had come up with this time. Turns out it was well worthy of our attention.

When we tested the 2018 FOX 36 Factory RC2, we were thoroughly impressed by the improvements in feel and sensitivity that the EVOL spring brought, with its increased negative air chamber size and reduced number of seals. We nevertheless noted that the base tune would sometimes seem to hold the fork back from really opening up on smaller bumps, which would leave many riders running the adjusters on that fork pretty close to wide open.

For 2019, FOX completely revisited the damping side of the fork, with the goal of further improving small-bump compliance, tunability, etc and so forth – if the song sounds familiar it’s because it plays on pretty much every station whenever a new fork hits the market. However, in this case there appeared to be more than lip service at work, since the new GRIP2 damper is indeed a complete redesign. 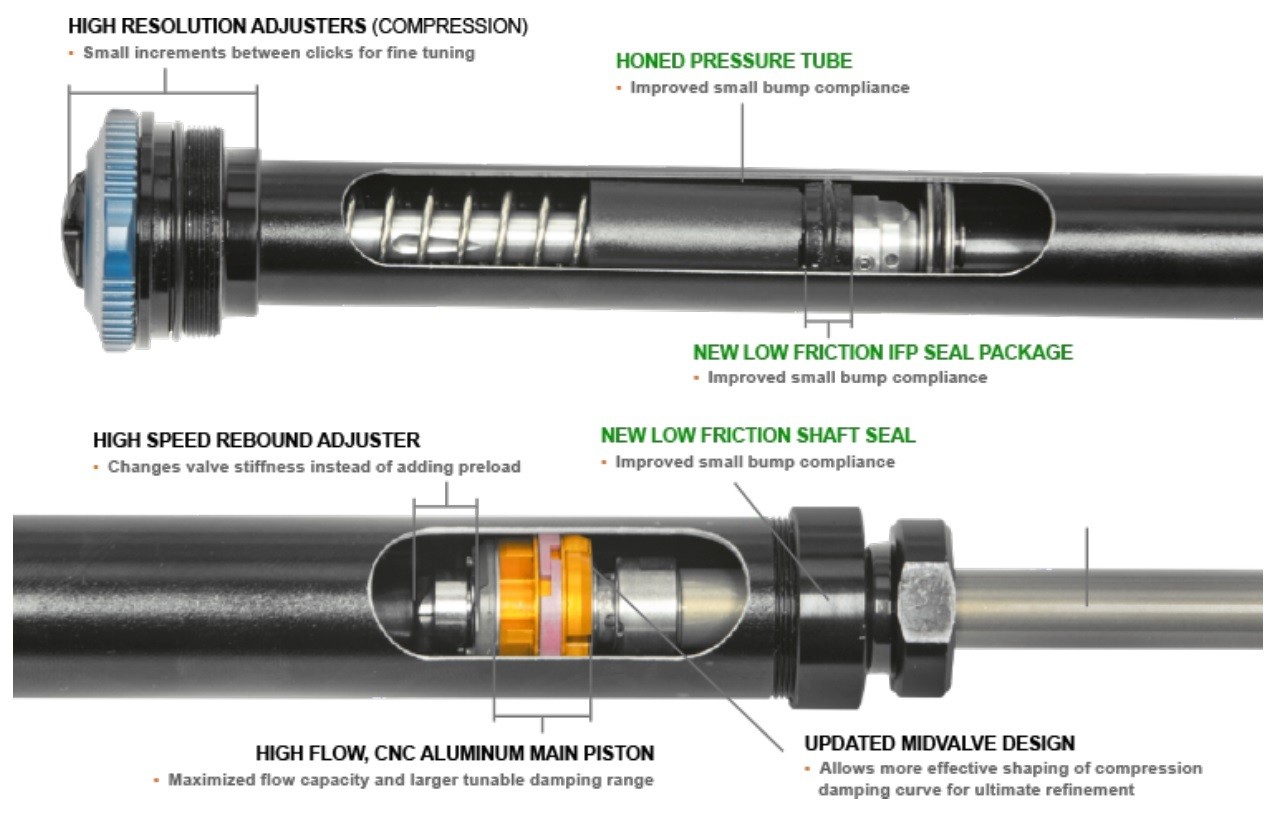 That burly feeling is still there, with the fork retaining all of its poise over bigger obstacles, but it is now also much happier just plodding along.

Having ridden the previous two generations of the 36 (2017 and 2018), we were expecting incremental improvements only from the 2019 edition. However, the GRIP2 damper turned out to be significantly different to its predecessor, and we mean that in a good way. From the very first ride, a distinct improvement in small-bump sensitivity was apparent, with the fork “fluttering” over uneven ground in a way that the previous generation never did. That burly feeling is still there, with the fork retaining all of its poise over bigger obstacles, but it is now also much happier just plodding along. 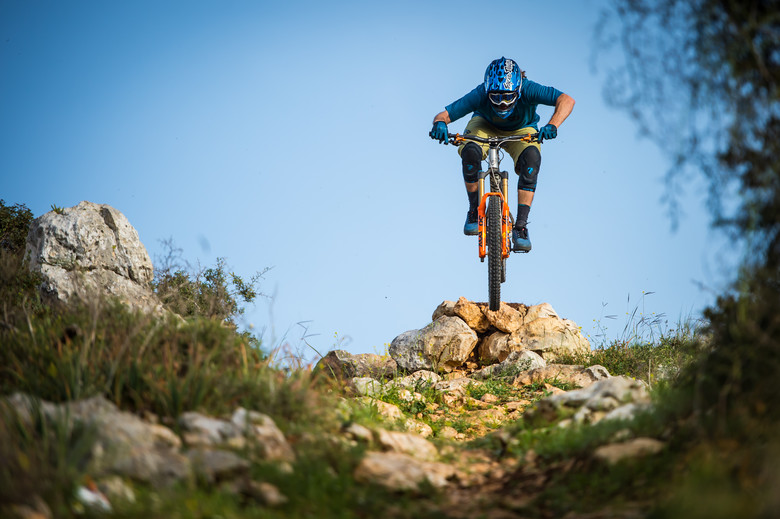 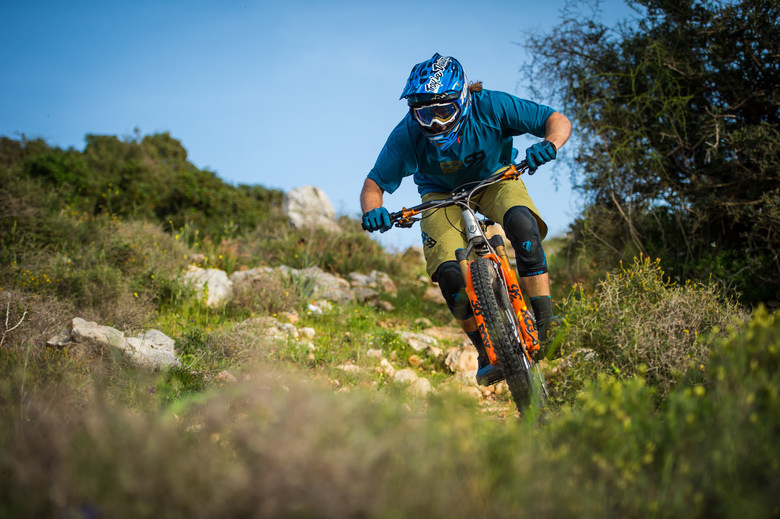 After finding the sweet spot for the air pressure, it was time to play with the new damper. Starting from the rebound side, we ended up pretty close to the recommended settings for our weight and air pressure, at about 5 clicks out for high-speed rebound (of a possible 8 clicks) and 7 out for low-speed rebound (out of 16 possible clicks). The high-speed rebound adjustment is more difficult to feel the effect of, but we suspect the new rebound circuit architecture is the main reason for the increased “flutteriness” of this fork in general, with the high-speed adjuster just serving to fine tune the behavior here. All the dials are easy to work with and feature distinctive clicks. 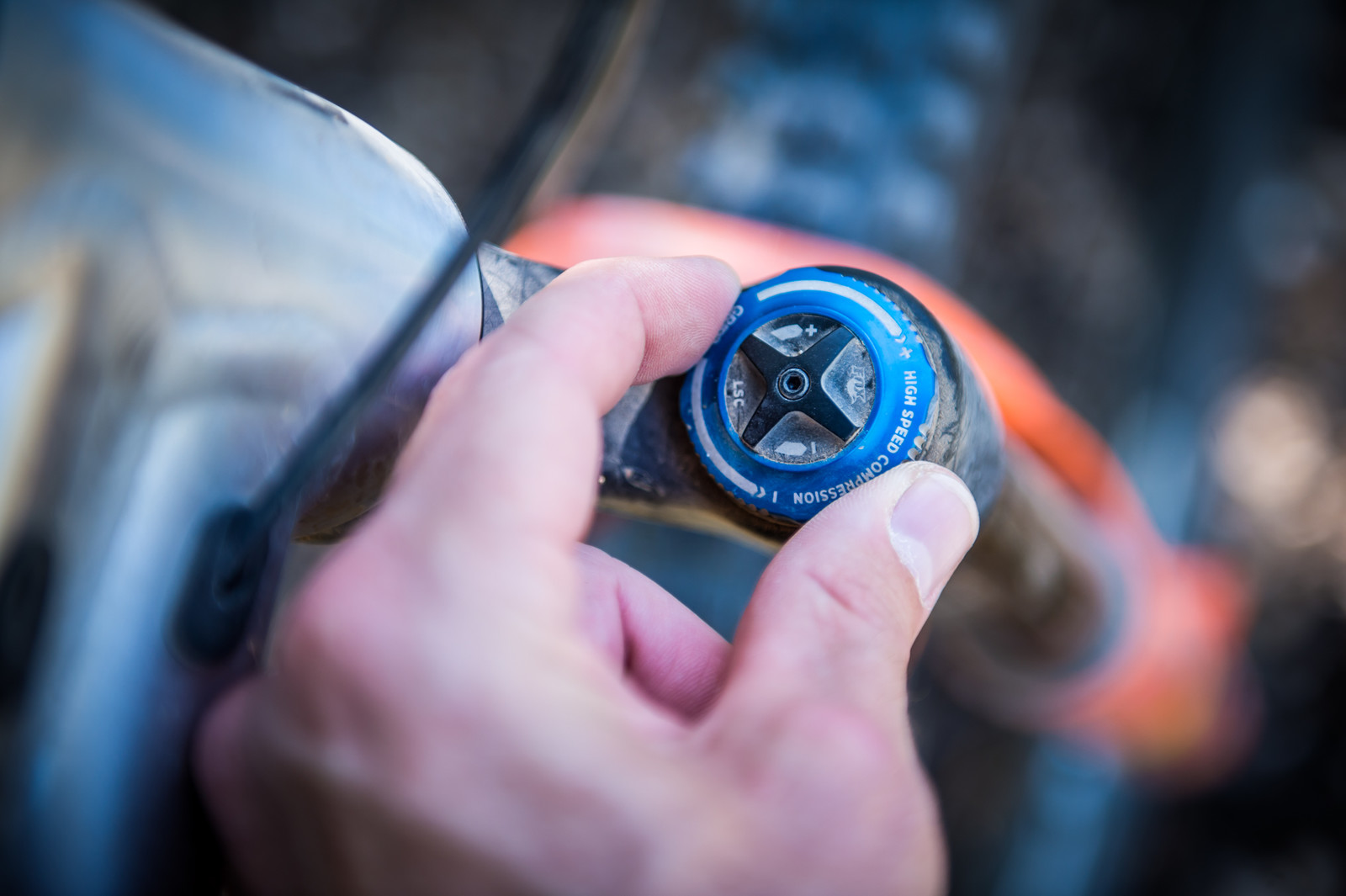 On the compression side, we found that we could add a lot of both high and low speed compression before the fork would start to feel harsh, testament to the wider usable range that FOX was aiming for with the damper redesign here. Ultimately, we ended up adding one token to the air chamber and backing off on high speed compression quite a bit, as the 36 is still quite frugal when it comes to giving up its travel and this setting left us with a plush fork that still has enough in reserve to deal with bigger hits. 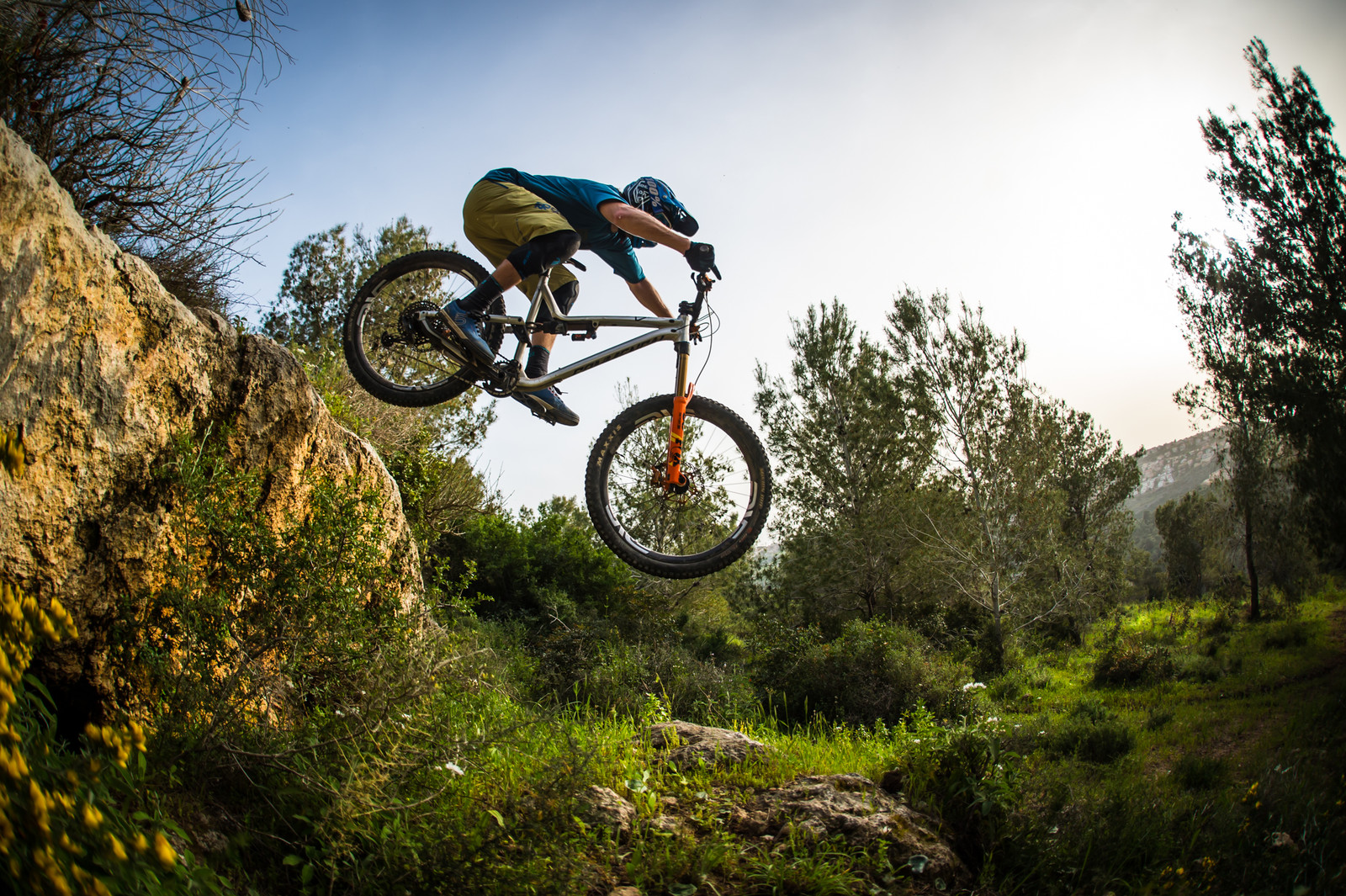 For reference, here are the settings we landed on for this 190-lbs tester (all clicks are from fully closed):

With the arrival of the all-new GRIP2 damper, FOX addressed the only gripe we had with the previous version of the 36 Float Factory fork, which was a certain lack of small bump compliance and a somewhat muted response over trail chatter. We’ve given the 2019 version a 5-star rating because in our opinion, this is as good as it gets at present.

We’ve had this particular sample on the trail for about 1.5 months now, and it’s showing no signs of any weakness. This matches our experience with the previous version of this fork, which has remained trouble-free for a whole year with only a lower leg service for love. Not only has FOX extended the service interval of the 36, but it also seems capable of maintaining a very acceptable level of performance over time even if you neglect to service it for a bit, without any sharp decline in plushness.

The 36 was always a beast of a fork, but now it's become enough of a smooth operator to give Sade a good run for her money as well. With much improved sensitivity and a more usable damping range, the 2019 36 Float GRIP2 is the perfect choice for those looking to eke out every bit of performance from their big-hitting enduro rig. Add in a number of travel, wheel size, and axle configurations as well as all-new shorter offset versions, and you’re looking at one of the most versatile, trail-slaying forks available today.

Johan loves bikes, which strangely doesn’t make him any better at riding them. After many years spent practicing falling off cliffs with his snowboard, he took up mountain biking in 2005. Ever since, he’s mostly been riding bikes with too much suspension travel to cover up his many flaws as a rider. His 190-pound body weight coupled with unique skill for poor line choice and clumsy landings make him an expert on durability - if parts survive Johan, they’re pretty much okay for anybody. Johan rides flat pedals with a riding style that he describes as "none" (when in actuality he rips!). Having found most trail features to be not to his liking, Johan uses much of his spare time building his own. Johan’s other accomplishments include surviving this far and helping keep the Vital Media Machine’s stoke dial firmly on 11. 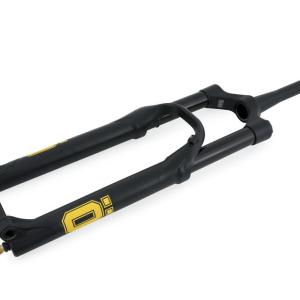 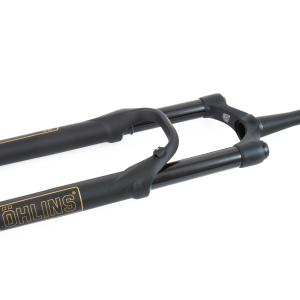 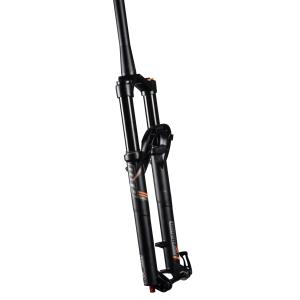 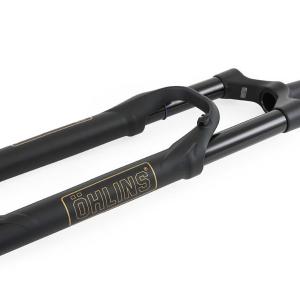 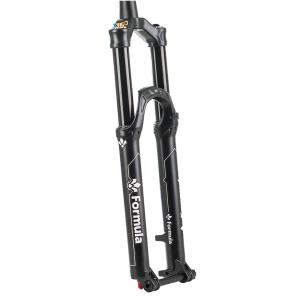 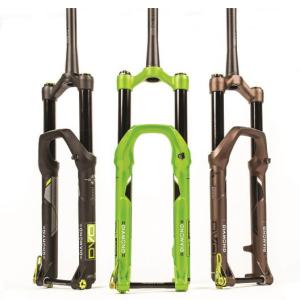 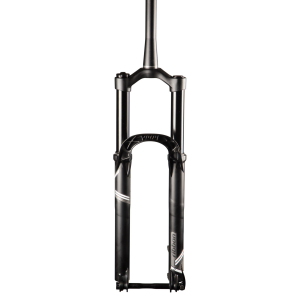 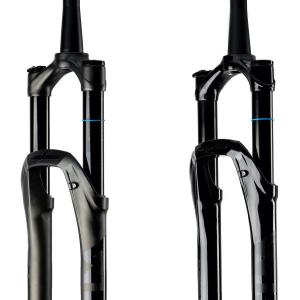