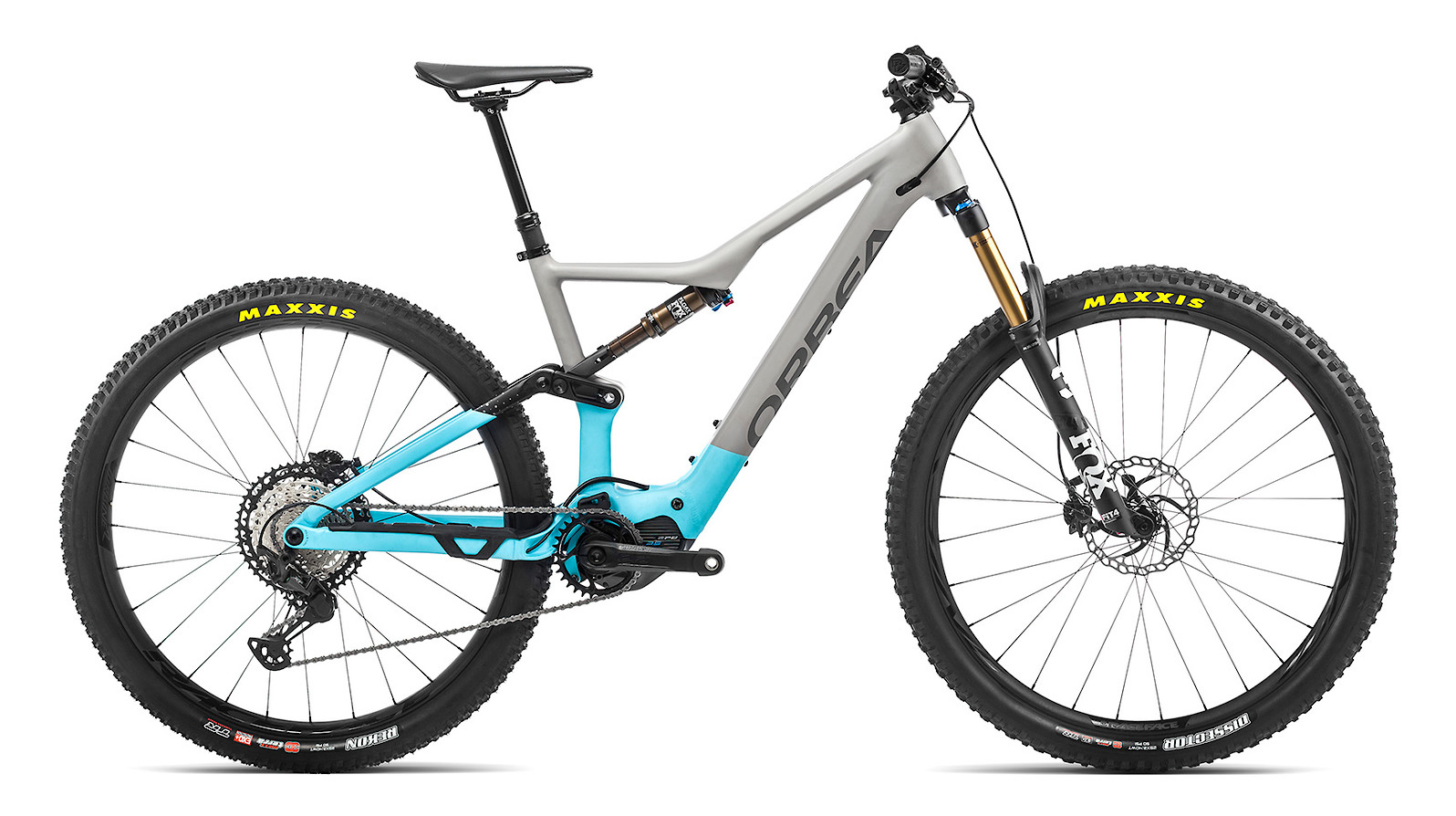 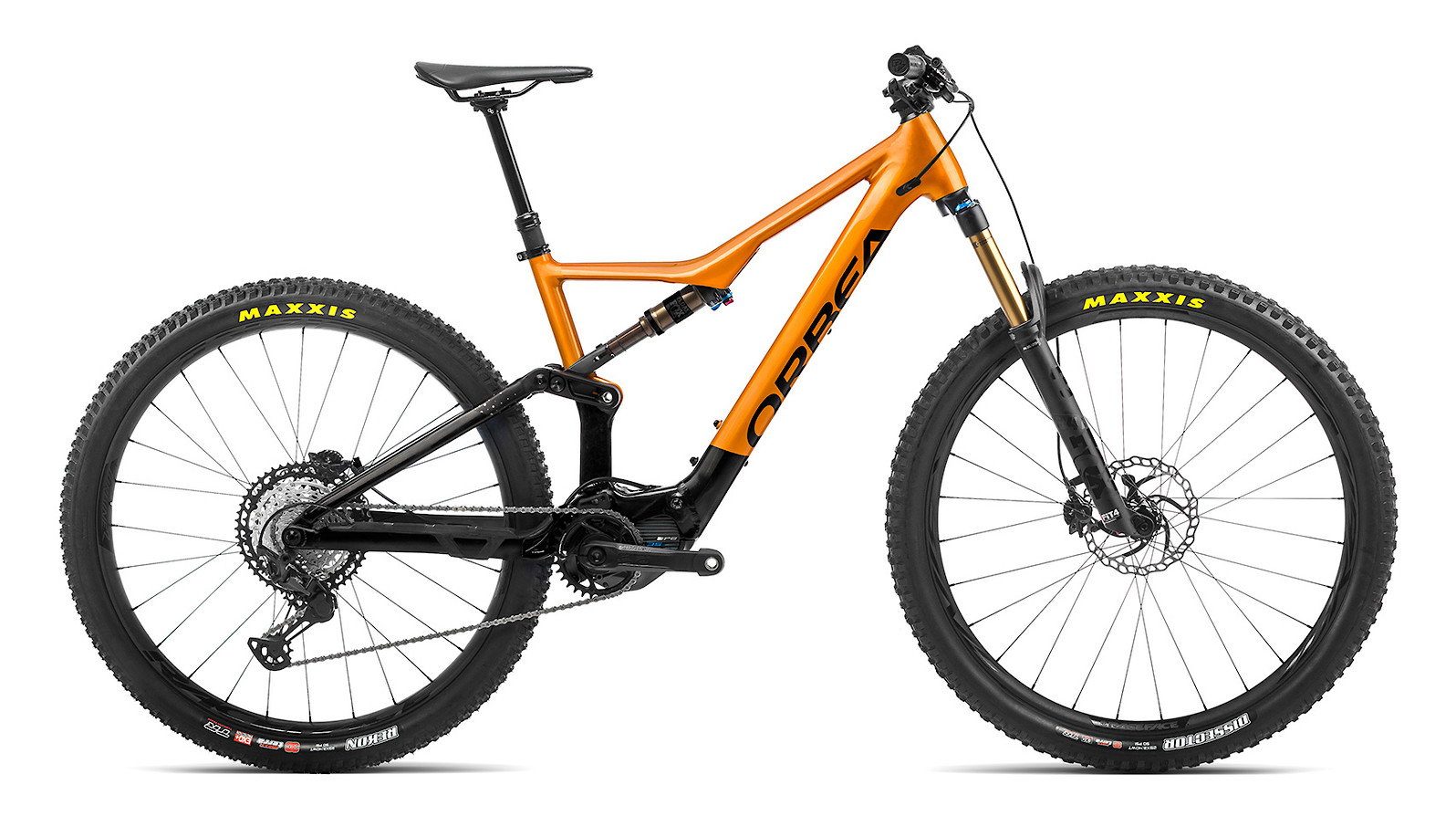 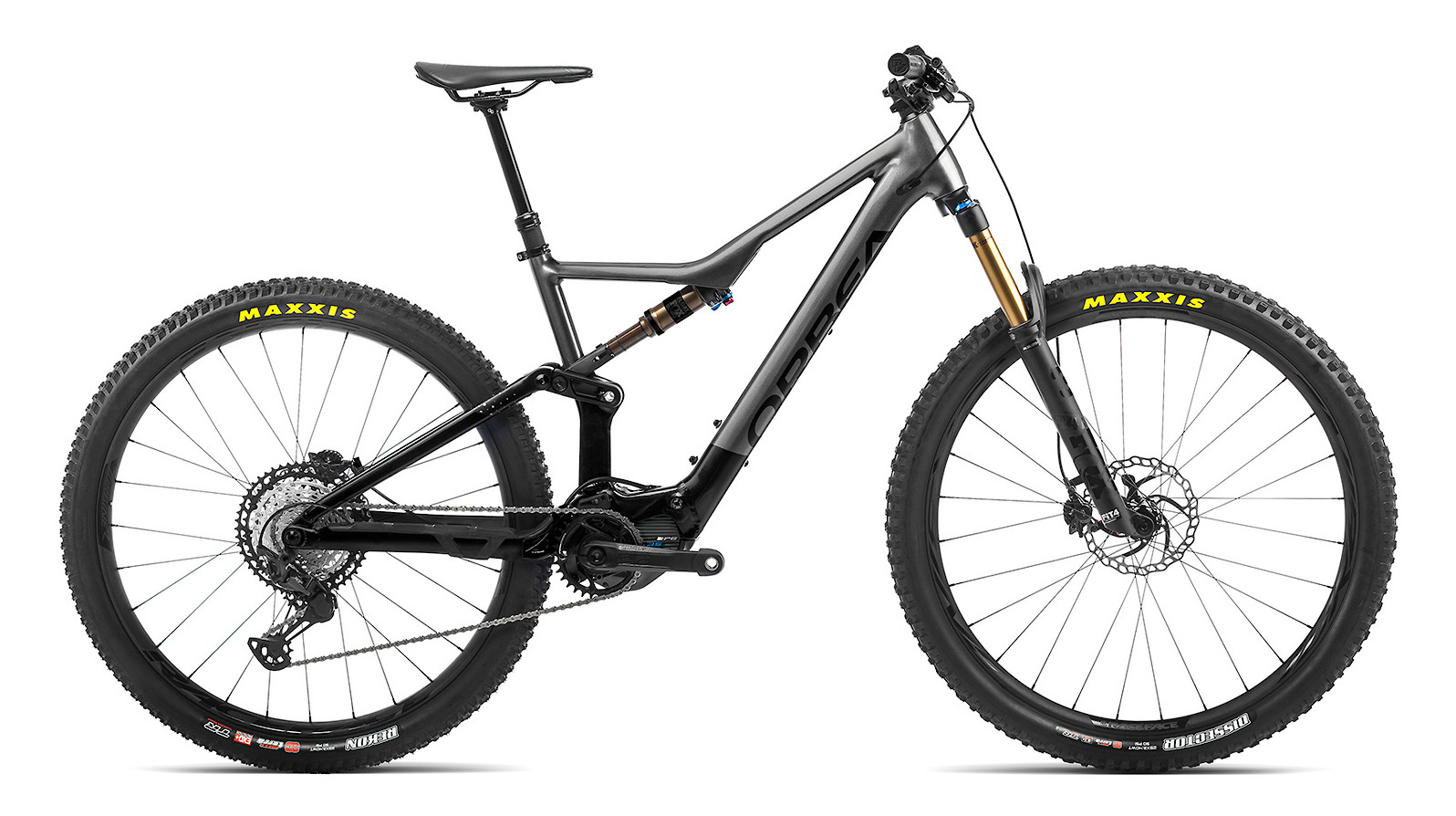 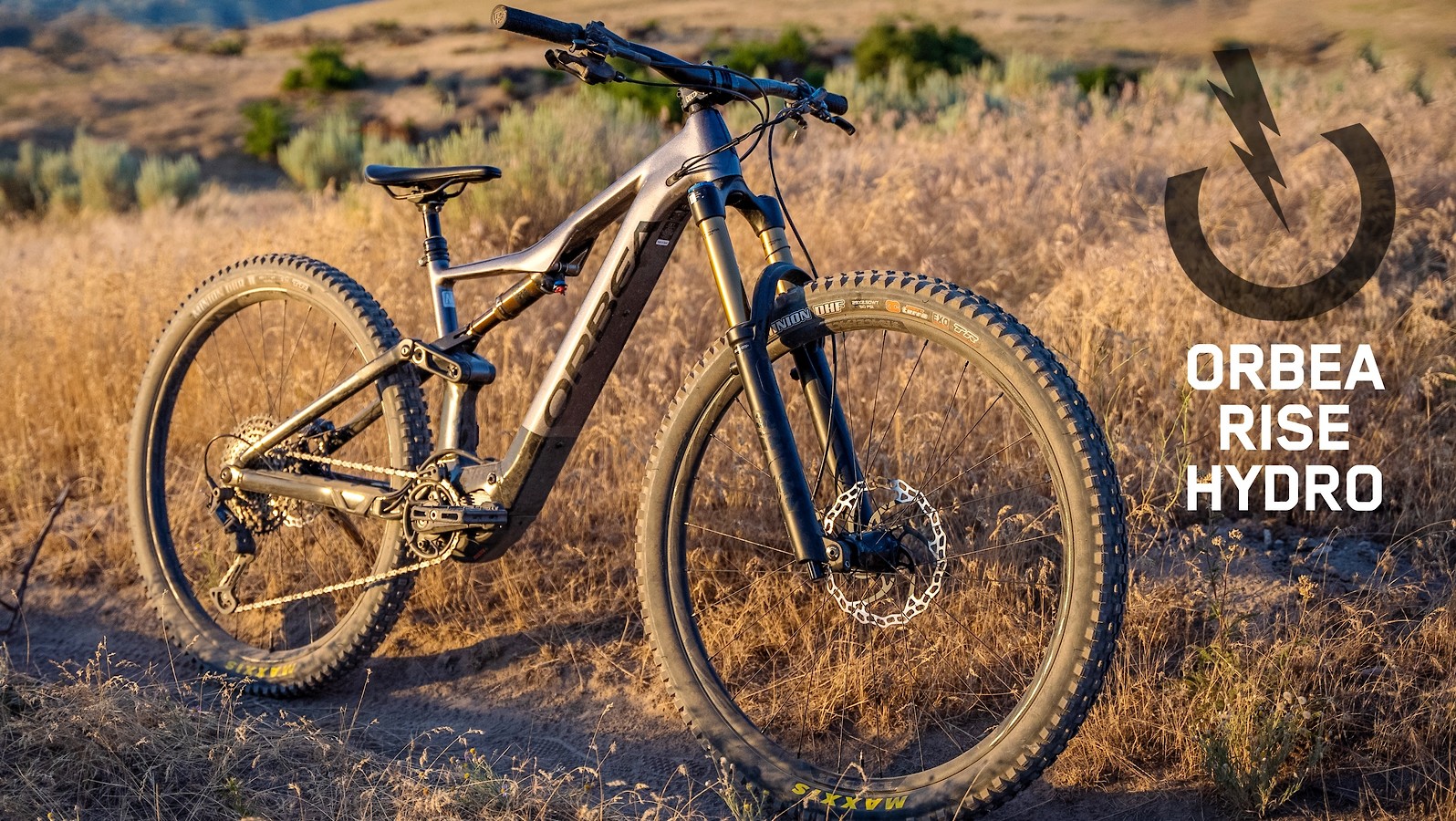 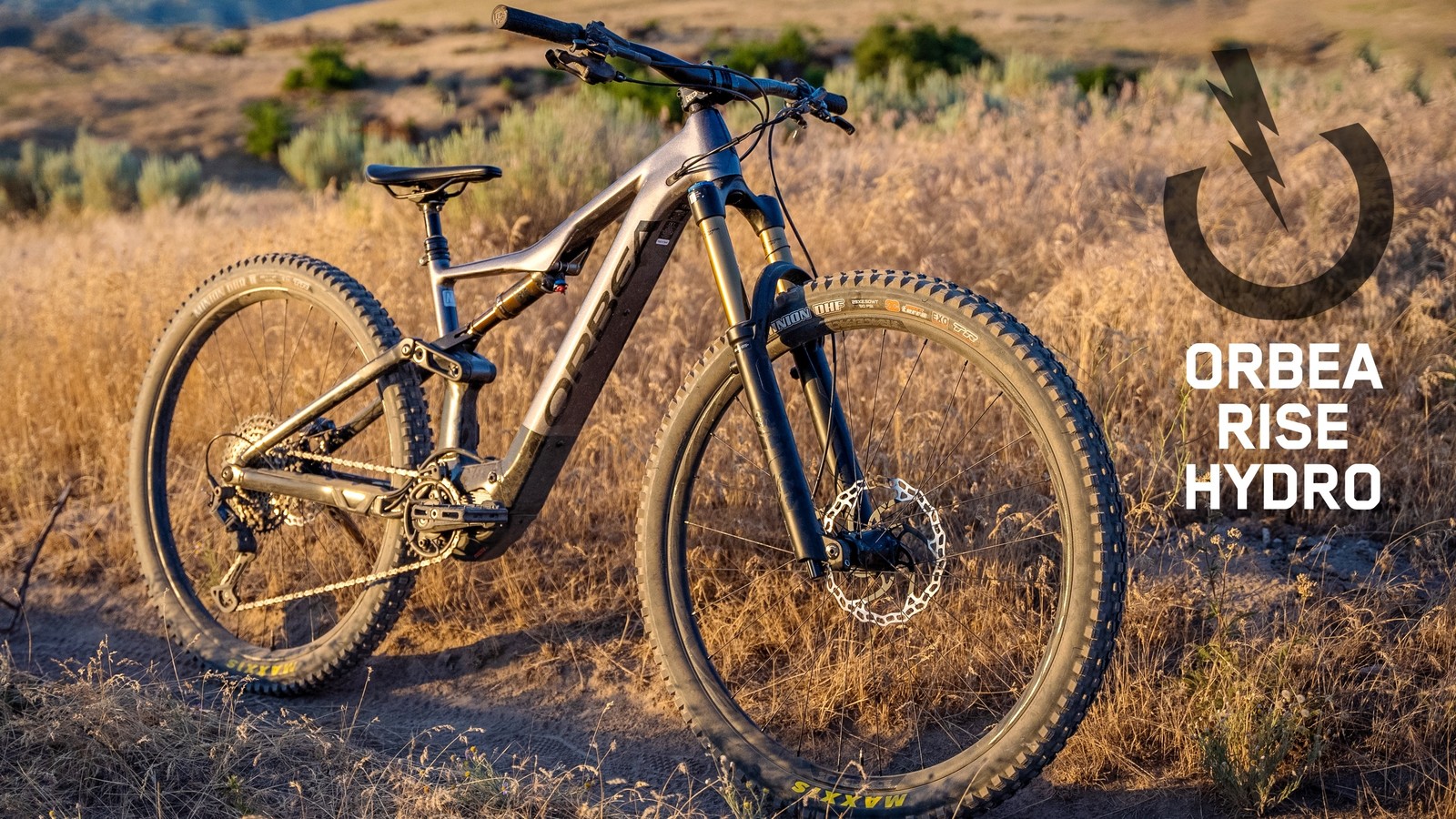 Launched back in December of 2021, the Orbea Rise H made its grand debut as the aluminum alternative to the carbon Rise M. Following Orbea’s lightweight e-bike philosophy with Shimano EP8 RS motor, the Rise H features the same 140mm of travel and identical geometry to its carbon counterpart but makes use of a bigger battery. Since the release, we have had the privilege to spin the Rise H10 through various terrain and weather conditions to conclude a long-term review. 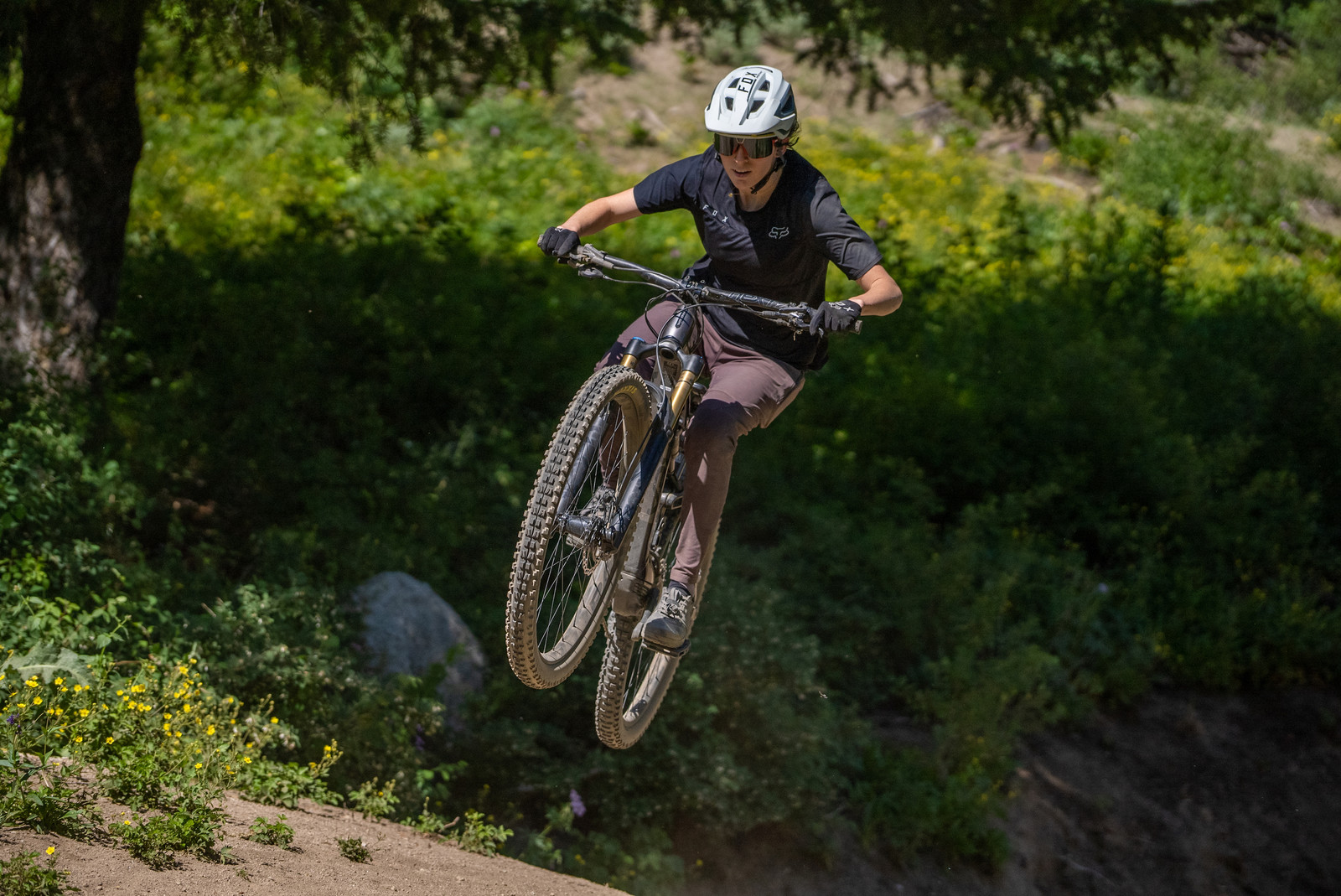 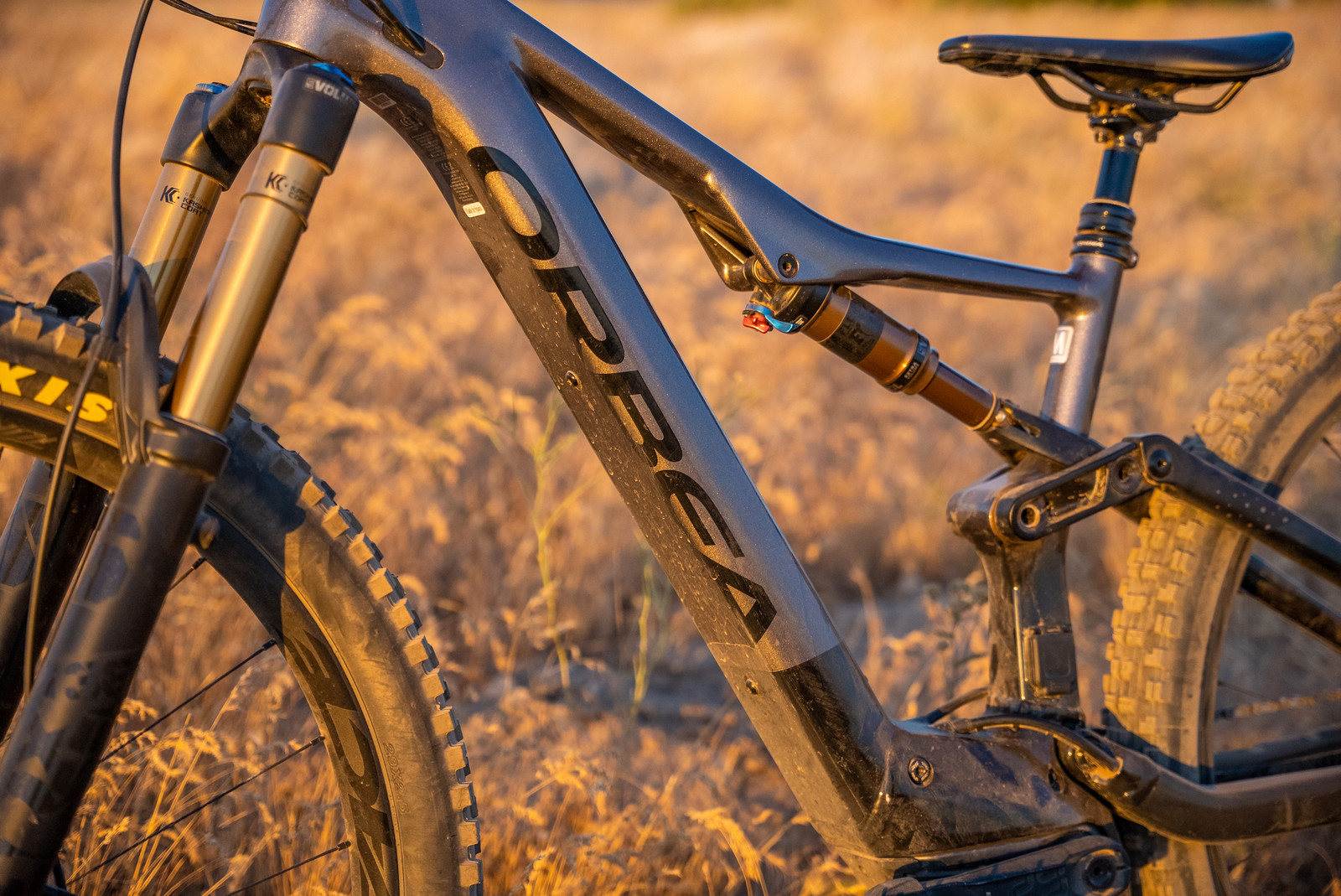 The Rise H is a lightweight aluminum e-MTB designed for versatility and playful trail riding. Based on the same blueprints as the Orbea Occam, it features 29-inch wheels, 140mm rear travel, and the option of a 140mm or 150mm travel fork. These ingredients matched with the compact motor make for a snappy e-rig. 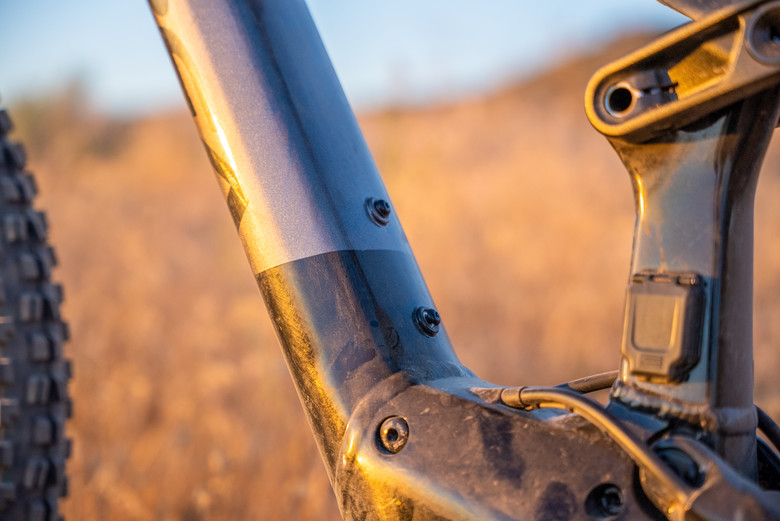 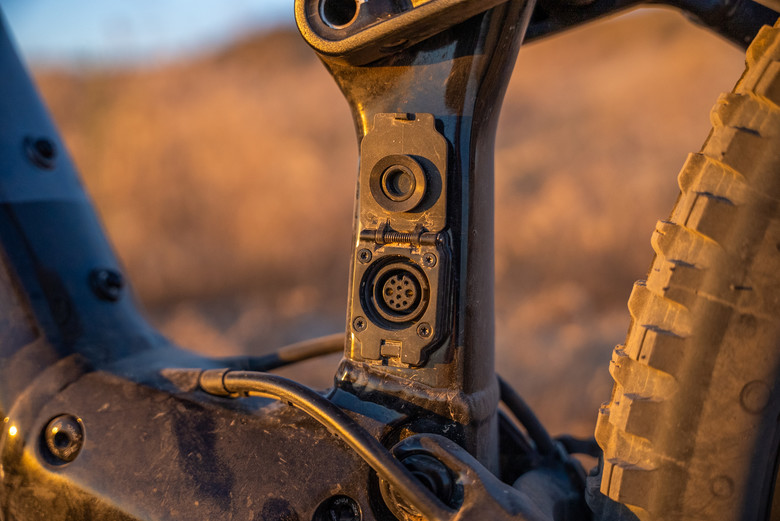 All aluminum and carbon Rise models are equipped with the same custom Shimano EP8-RS system. While the guts of the two models are seemingly identical, the Rise H is designed with a 540Wh battery, whereas the carbon Rise M comes with a 360Wh battery. An optional 252Wh range extender is available, providing 70% more battery life for an extra $599 USD.

There are three different Rise H build levels to choose from, each featuring select upgrade options to better suit rider preferences. In comparison to the Rise M, the price points start significantly lower without compromising on quality. The build levels include the Rise H30 ($5,699 USD), Rise H15 ($6,799 USD), and our test bike, the Rise H10 ($7,999 USD).

Our Rise H10 test bike came with the 150mm fork upgrade, giving a head angle of 65.5-degrees and seat angle of 76.5-degrees. The Medium size measured a 450mm reach and 445mm chainstays, putting it on par with other comparable trail bikes.

Referring to the suggested suspension adjustments, we set the FOX Foat DPS shock to 25% sag and the FOX 36 fork to the proper PSI range for rider weight, aiming for 20% sag. This suggested setup worked flawlessly for our ride feel preferences. The cockpit felt long for a 5’5” rider, so we swapped the 50mm stem for a 35mm stem, bringing in the reach for better handling. 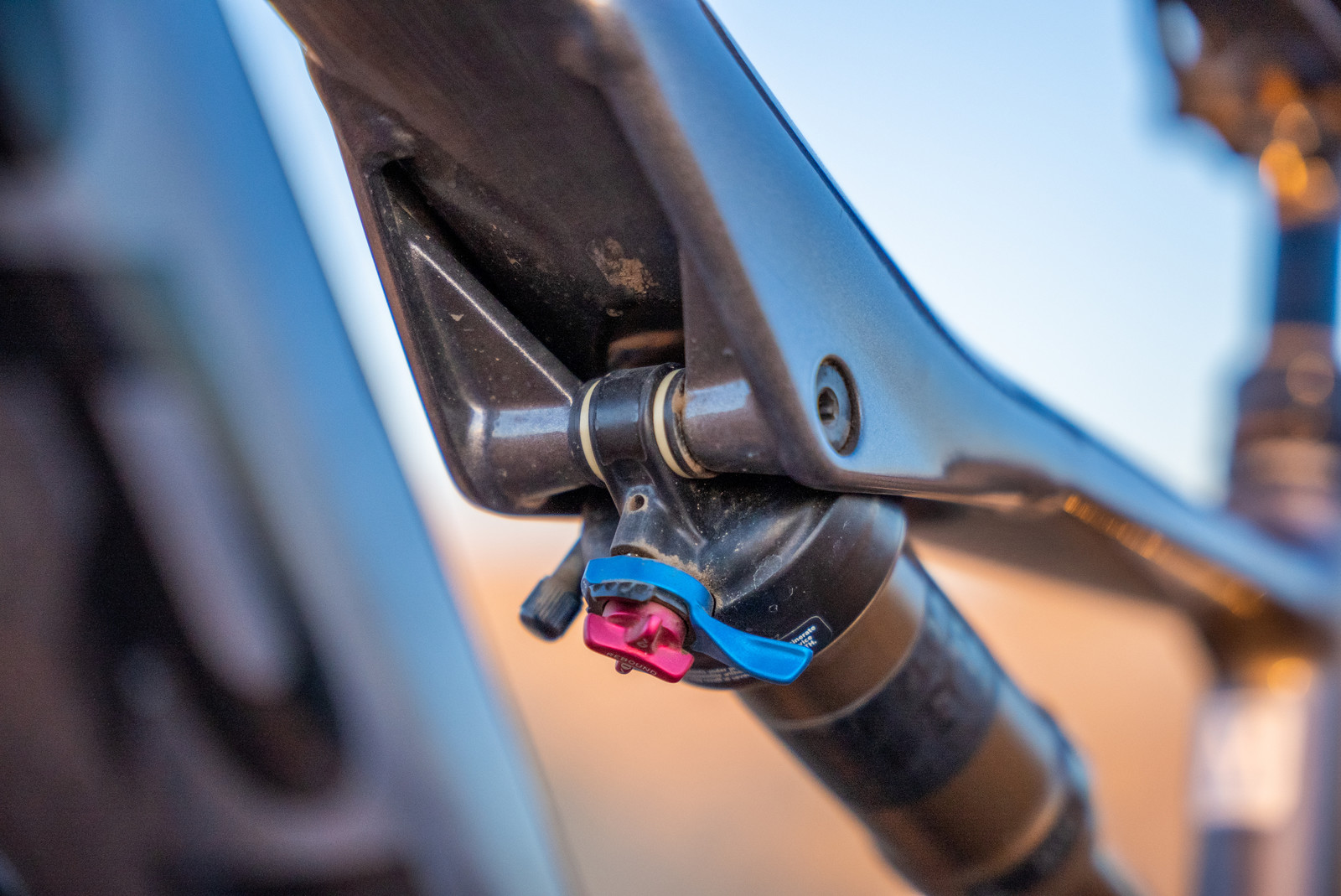 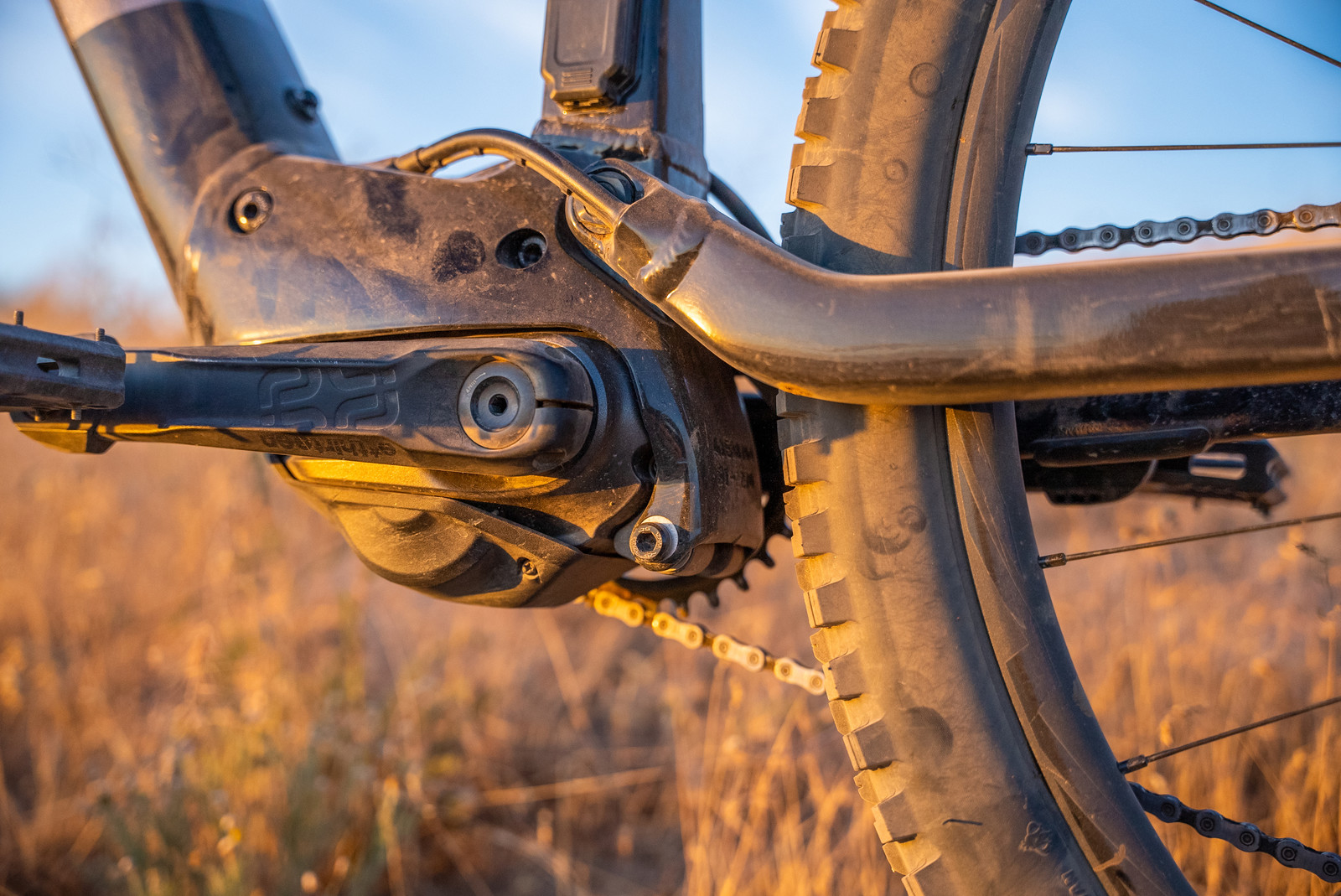 The Shimano E-Tube app connects the Rise to a personal device for access to bike settings, e-system information, and customization. In the app, the rider can choose between two different profiles for more or less assistance, or create custom profiles for specific power preferences. Profile 1 requires the most rider input to maximize range with less assistance and torque in each mode. The assistance levels in profile 1 were too low for our preferences so the majority of our rides were spent in profile 2, giving 30% power in Eco, 60% power in Trail, and 100% power in Boost. On days we were riding alongside full-size e-bikes, we created a custom profile to close in on the large percentage gaps, giving more assistance in each mode. 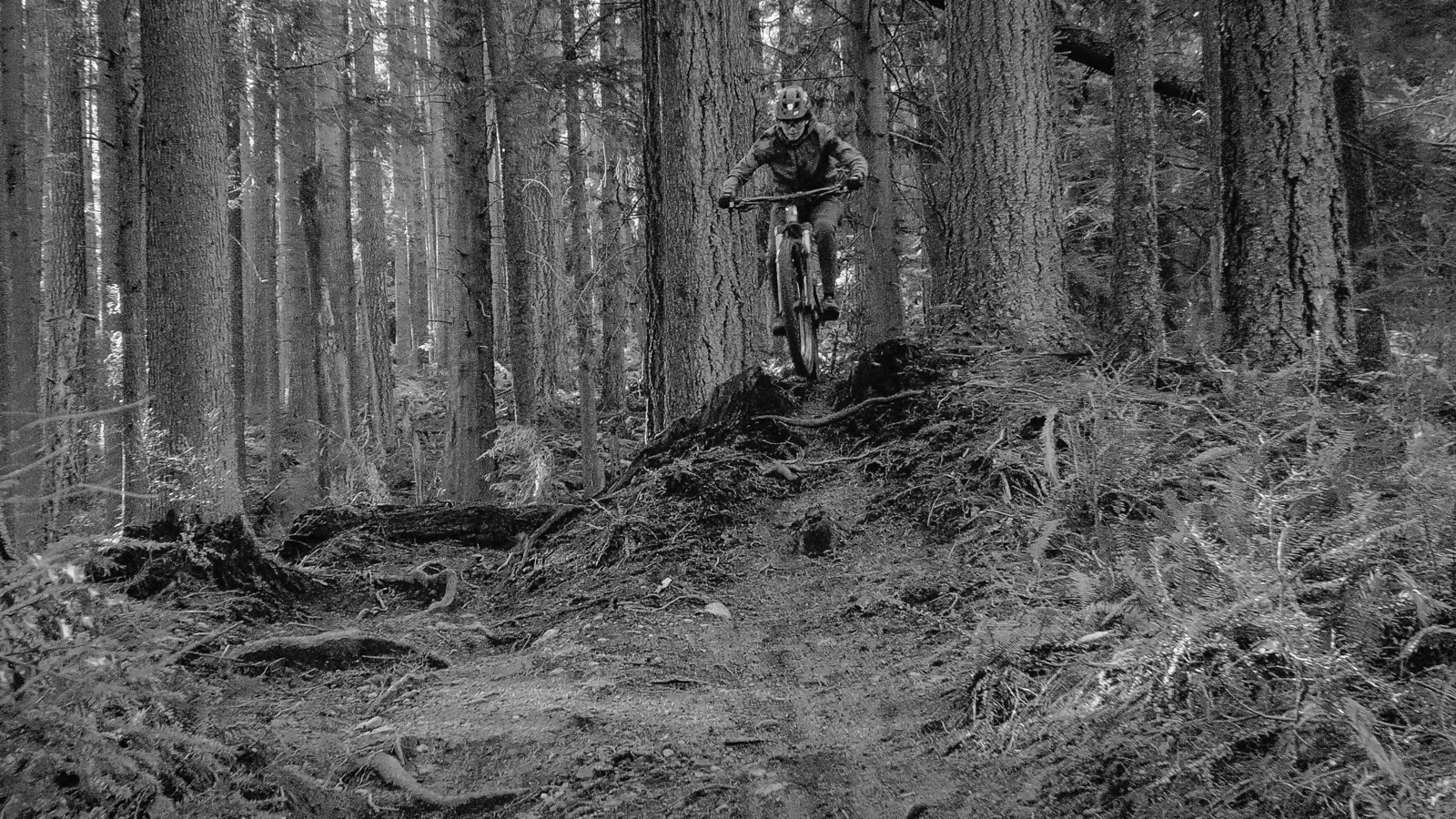 Some of our first outings with the Rise consisted of Idaho snowfall and whooped moto tracks. To break up the monotony of winter conditions, we traveled to Washington with our test bike to enjoy some beloved PNW goodness. For the majority of spring and summer, the Rise has lived in the Boise, Idaho area, exploring moto trails and E-friendly bike parks. 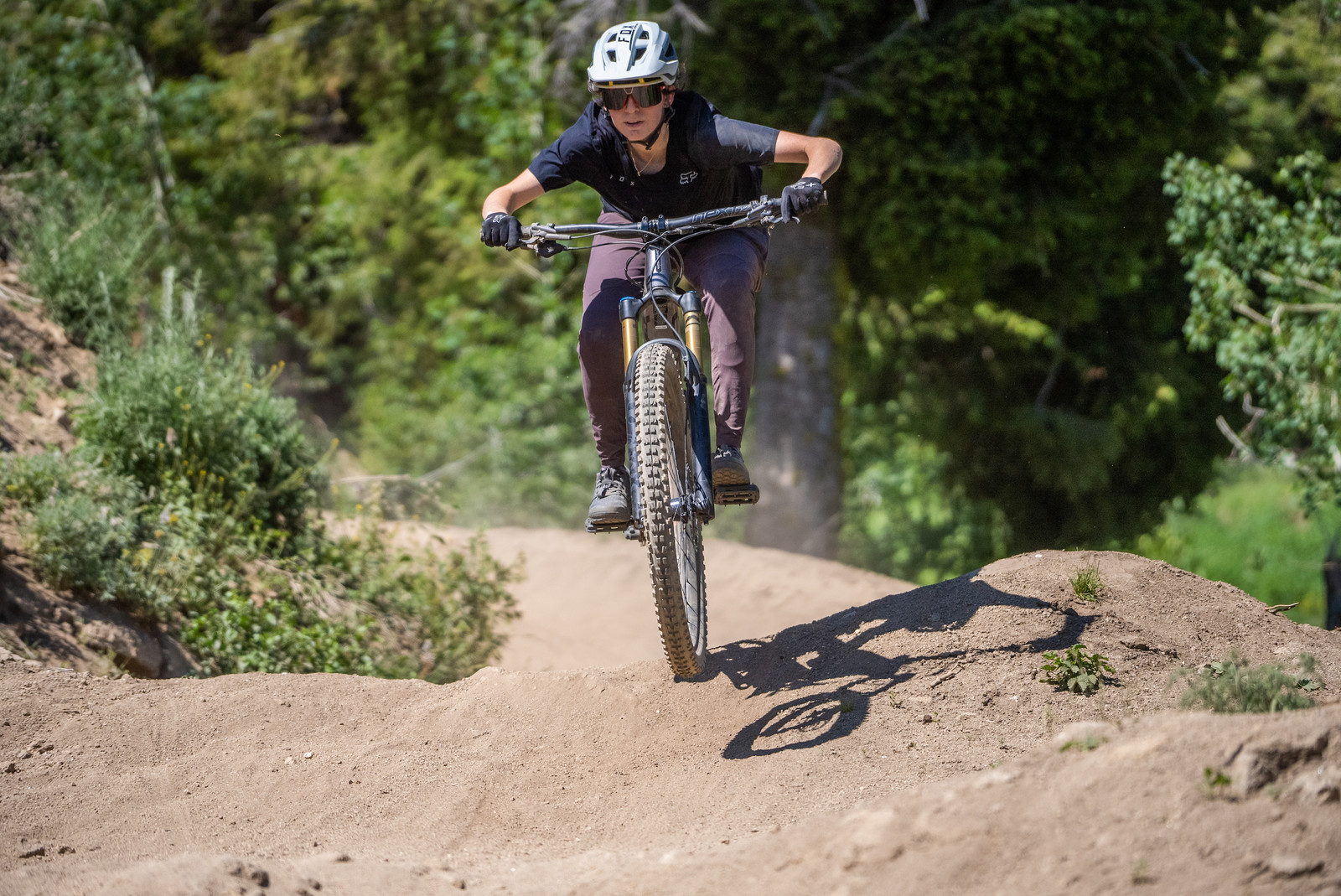 Descending steep, fast, and raw terrain, the Rise held its own like a longer travel, more aggressive rig while maintaining all of the responsive benefits of a 140 trail bike. When we took it on some beat-up moto trails, it smashed through the roughage, going exactly where it was pointed. On steep terrain, it always gave an “in-the-bike” ride experience which opened up different line options. For being roughly 10-pounds heavier than a mountain bike, it is impressive how lively the bike felt. Between playing around on flow trails and following a sketchy friend down a sketchy line, we had a blast discovering what versatility the Rise had to offer. 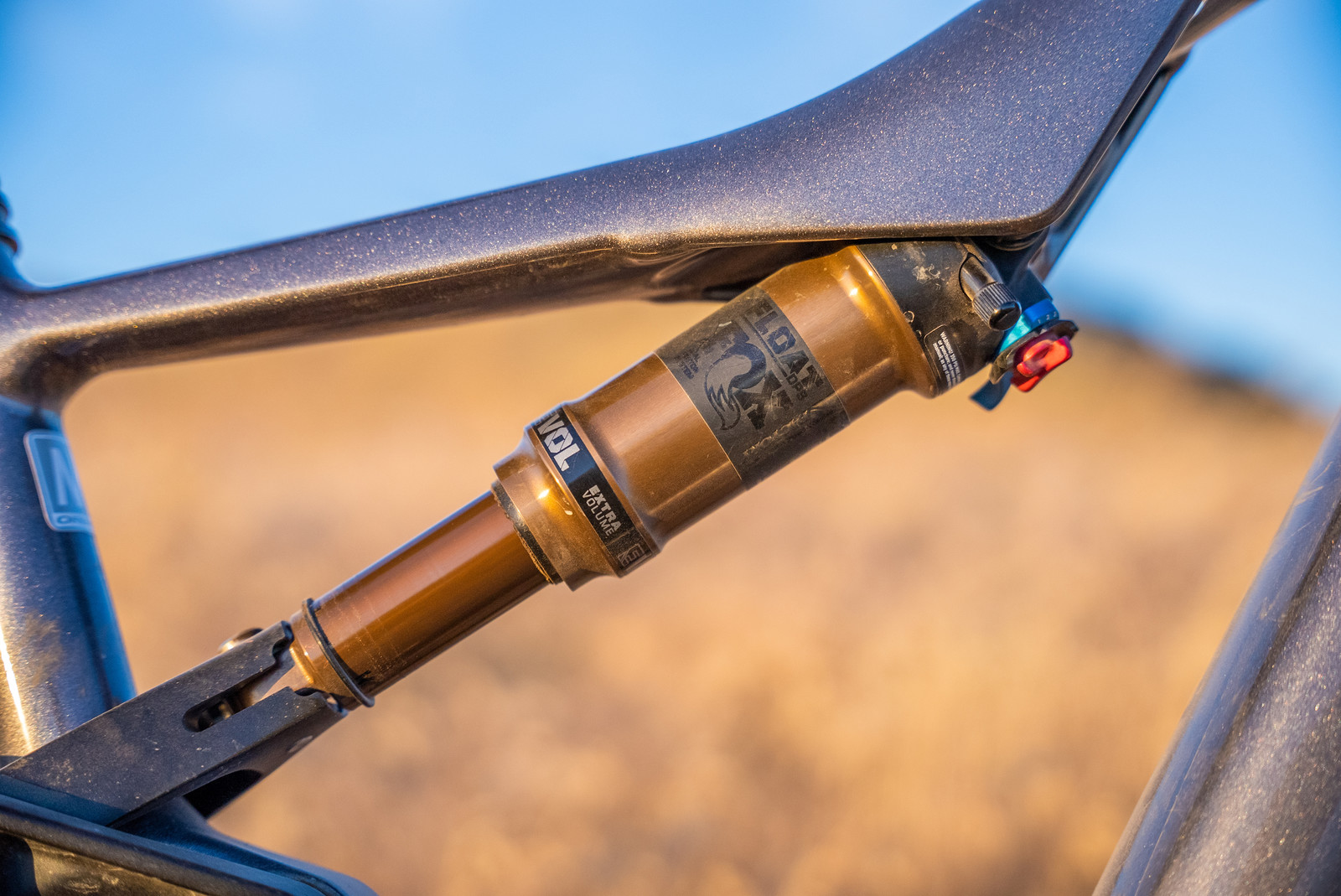 Despite our uncertainties about how the FOX Float DPS shock would perform on the variety of trails we descended, the combination of the shock and rear suspension design stayed predictable and supportive throughout the travel without feeling overwhelmed. The slightly longer and stiffer chainstays contribute to stability and precision through harsh terrain giving a confidence-inspiring ride.

Orbea’s main priority while designing the Rise was to mimic a natural ride experience and after several months on the bike, we believe they nailed it. With rider weight being 120-pounds, the compact design of the Rise was really beneficial for maneuverability and made the transition from a 32-pounds mountain bike feel like a breeze. The low position of the motor and battery gives the perfect weight advantage for stability on downhills without feeling bulky. 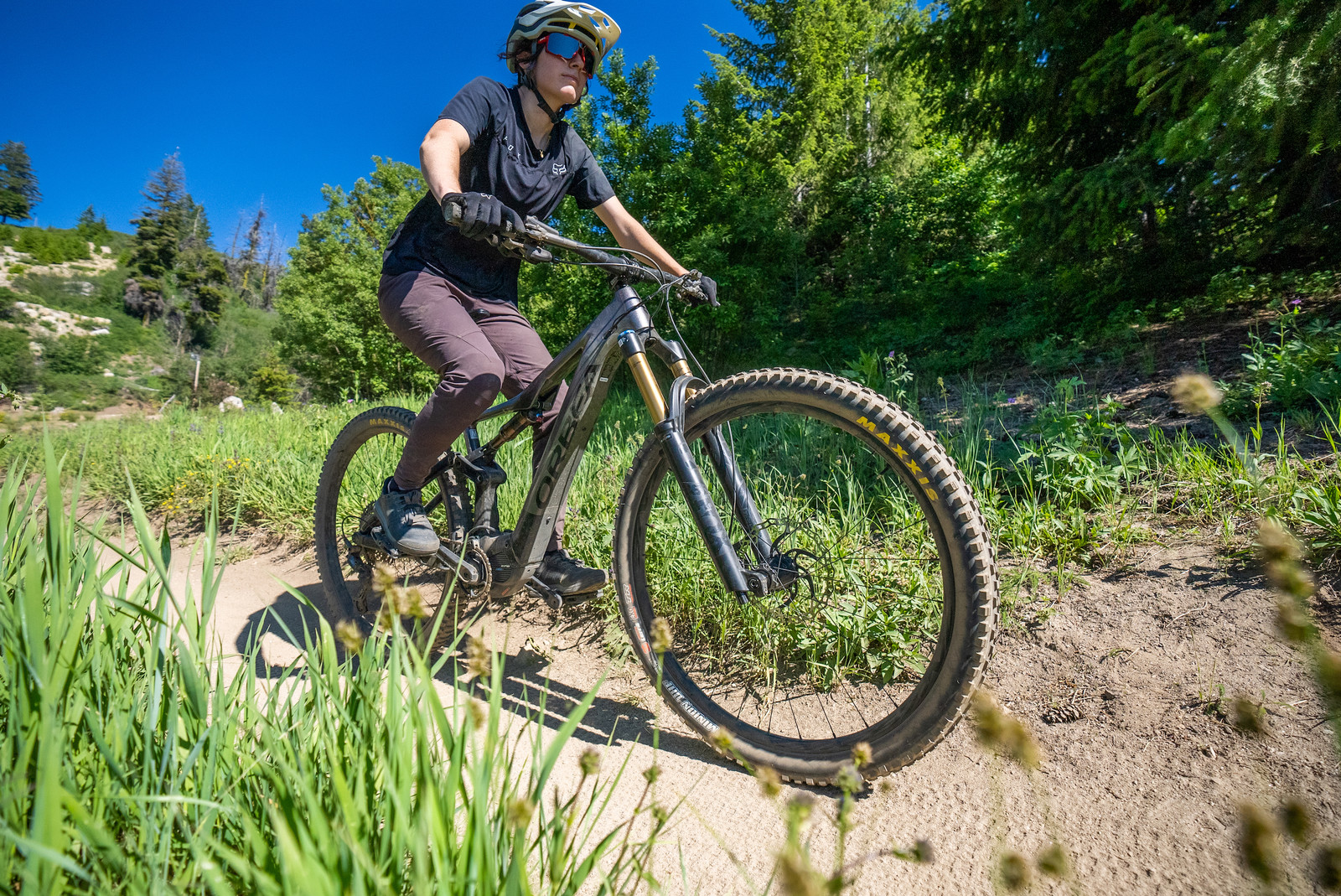 A clear advantage of an e-bike is the ability to ascend nasty, steep terrain to maximize the downhill. The kind of climbs that make you say “I will never do this on my mountain bike,” become commonplace and previous all-day adventures become afternoon strolls. We dedicated our most dreadful climbs to the Rise and it flew up technical climbs without giving surges of unwanted power during a half crank at slower speeds. The motor input maintained assistance up the steeper jaunts and stayed very consistent without looping out. The Rise delivered its most efficient power at 75-95 RPM which relates to a natural pedaling experience. The bike itself is very comfortable, allowing for hours of saddle time without fear of discomfort.

Altogether, we can’t recommend a better ‘do it all’ e-bike than the Rise Hydro.

The aluminum Orbea Rise leaves a significant impression on the lightweight e-market by exceeding our standards as a playful yet capable bike. Coming in at $1000 (USD) cheaper than the equivalent build spec on the Carbon Rise M, the aluminum Rise has insignificant weight penalties and triumphant range advantages. The 540Wh battery and 60Nm max torque motor distinguish the Rise H from other lightweight designs, all at a competitive price. Altogether, we can’t recommend a better ‘do it all’ e-bike than the Rise Hydro. 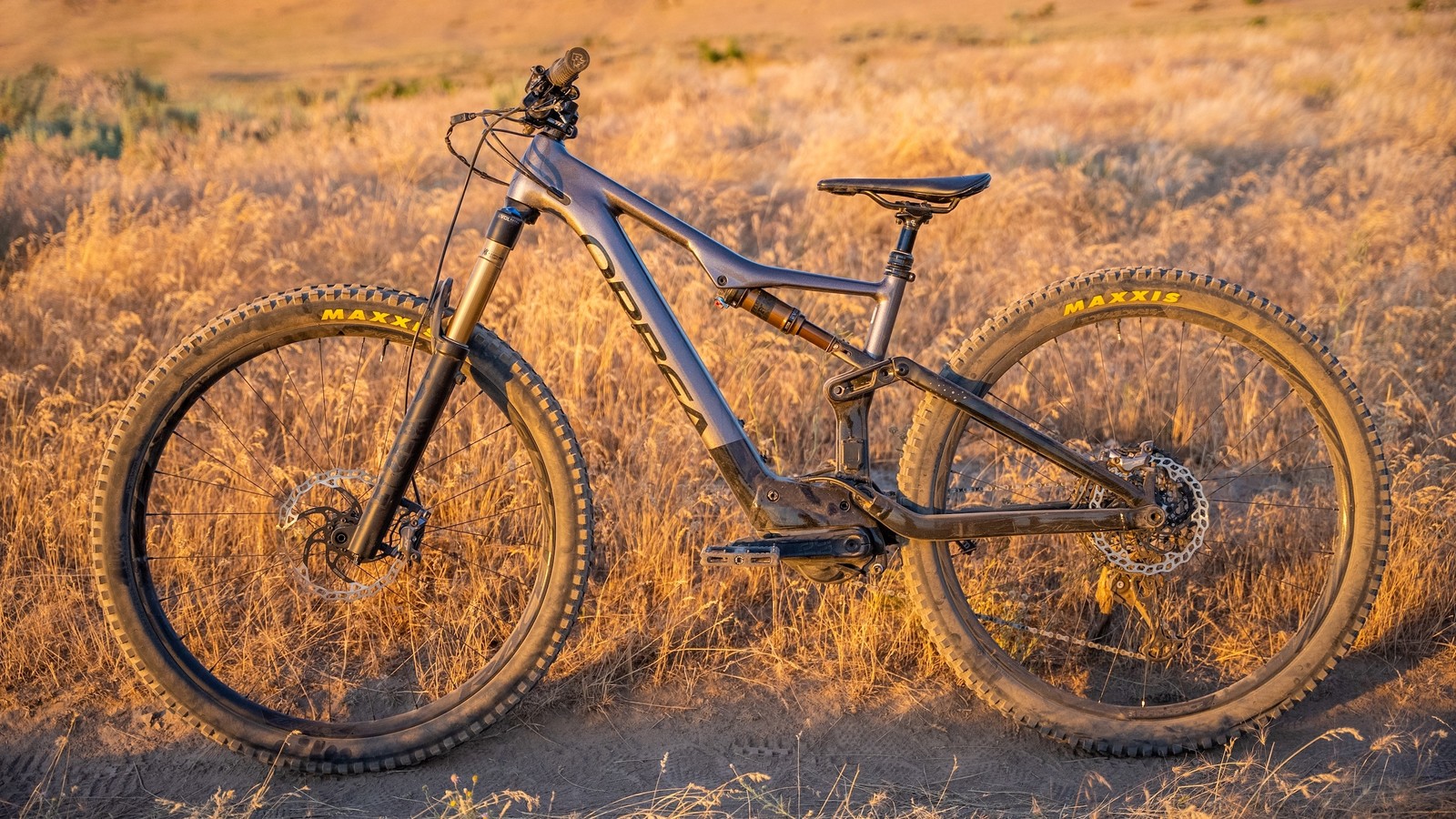 Originally from Reno, Nevada, Lauren spent her formative years competing in rodeos with her horses across the southwest. After moving to Idaho to attend Boise State University, she was introduced to mountain biking and quickly became consumed by her new found passion. The better part of her college years were spent working at a bike shop and spending debatably too much time around bikes. Nowadays she is somewhere on some trail in the PNW, having fun on two wheels with her fellow bike lovers.

Review This Product
What do you think?
To add review, please join, log in or connect to Vital using your Facebook profile Login with Facebook.
E-Bikes 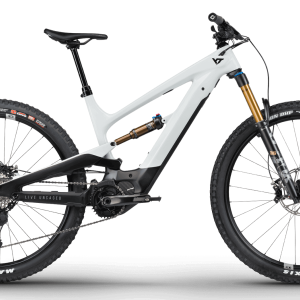 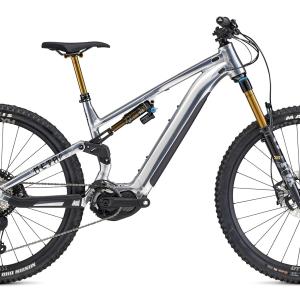 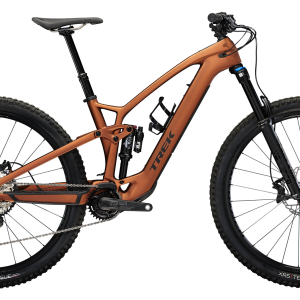 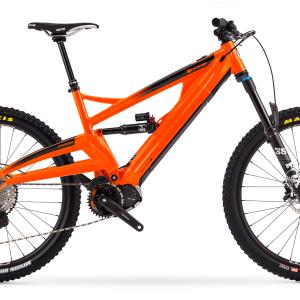 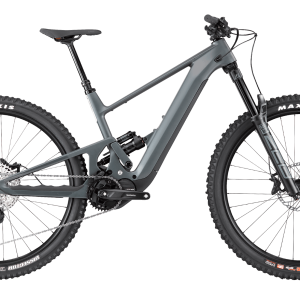 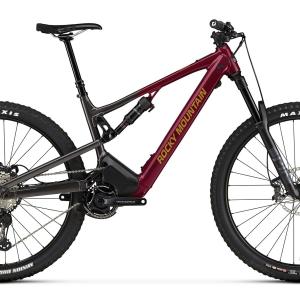 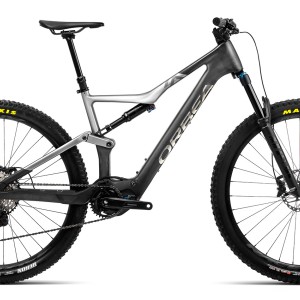 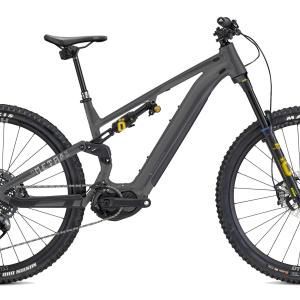