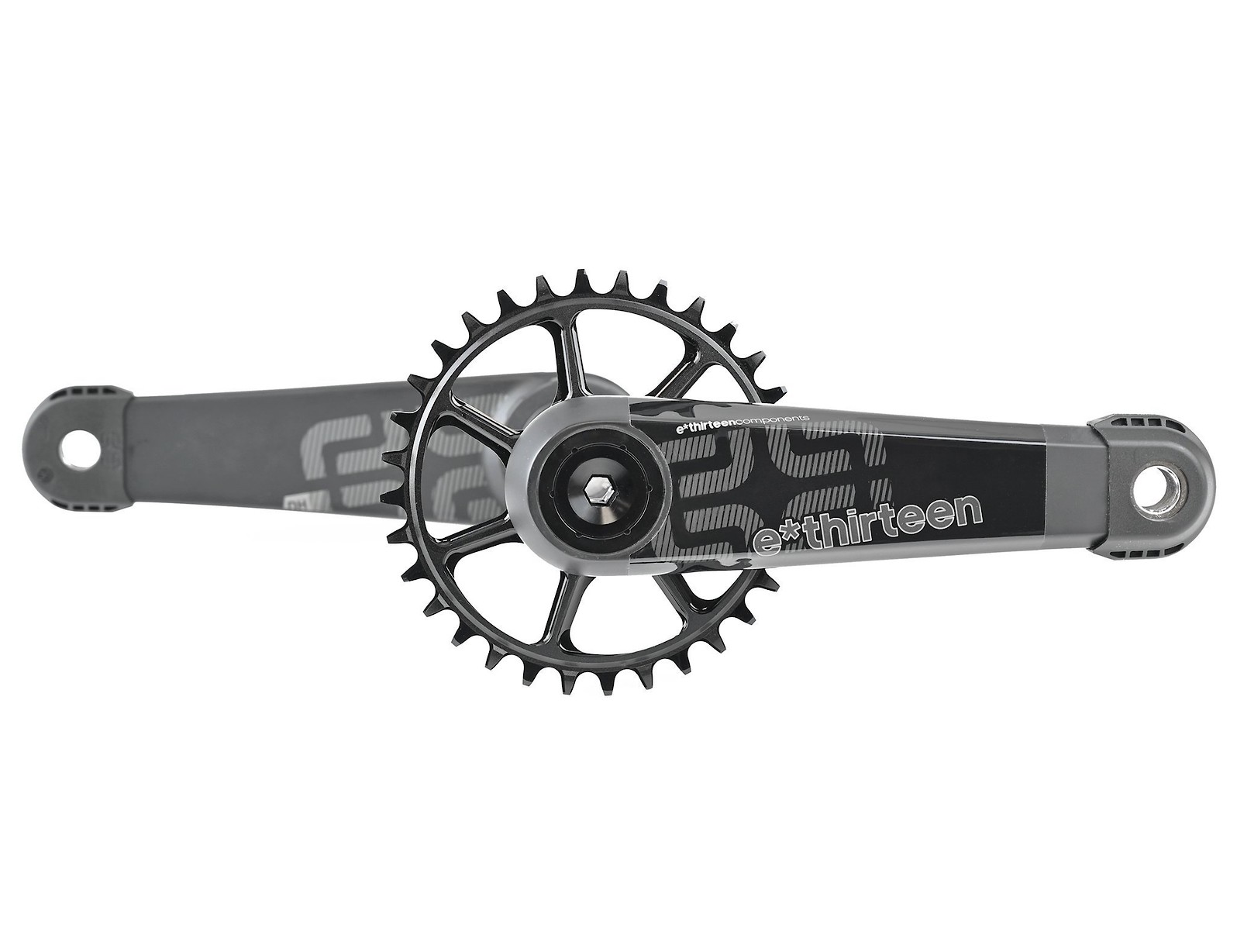 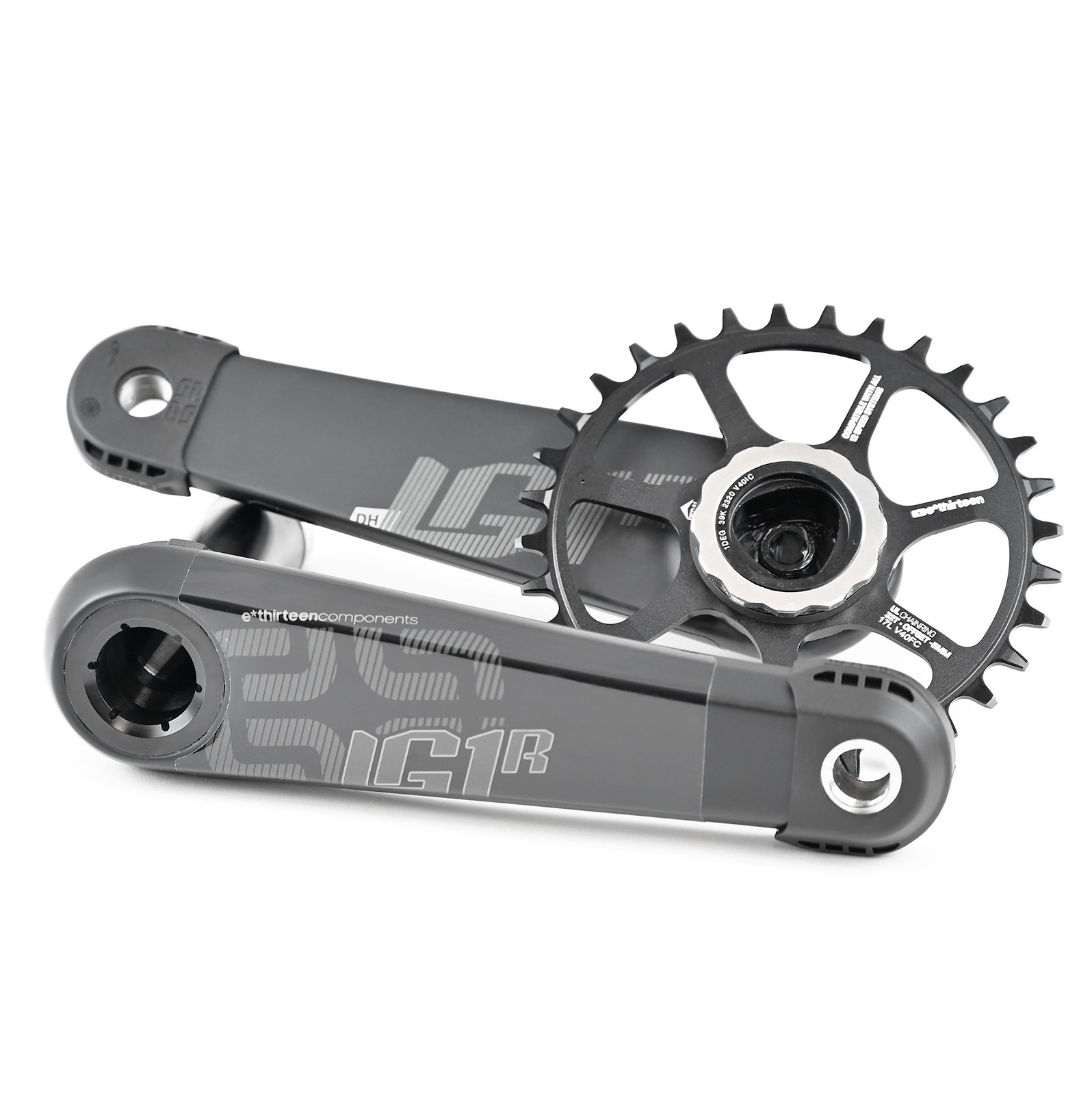 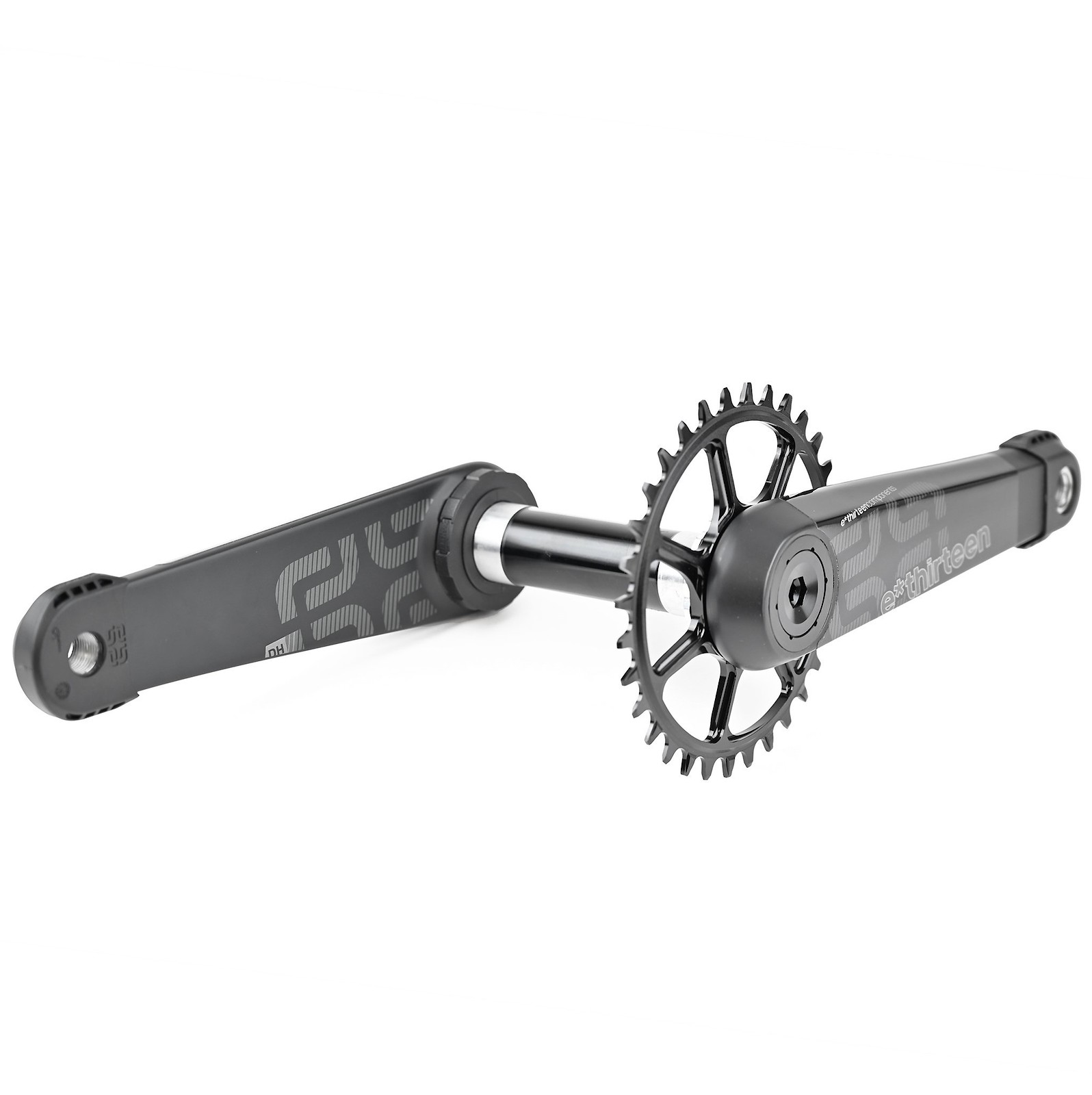 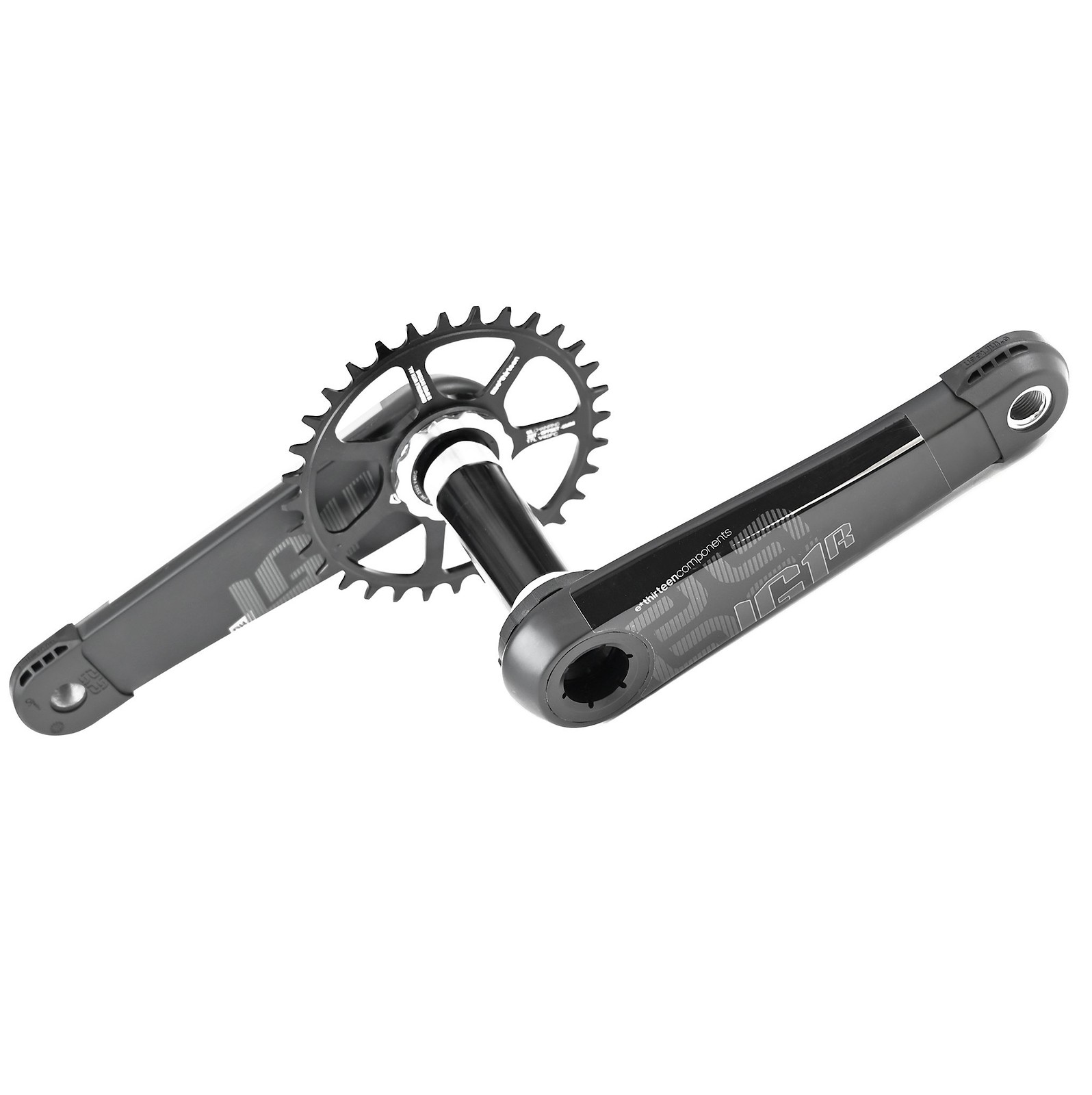 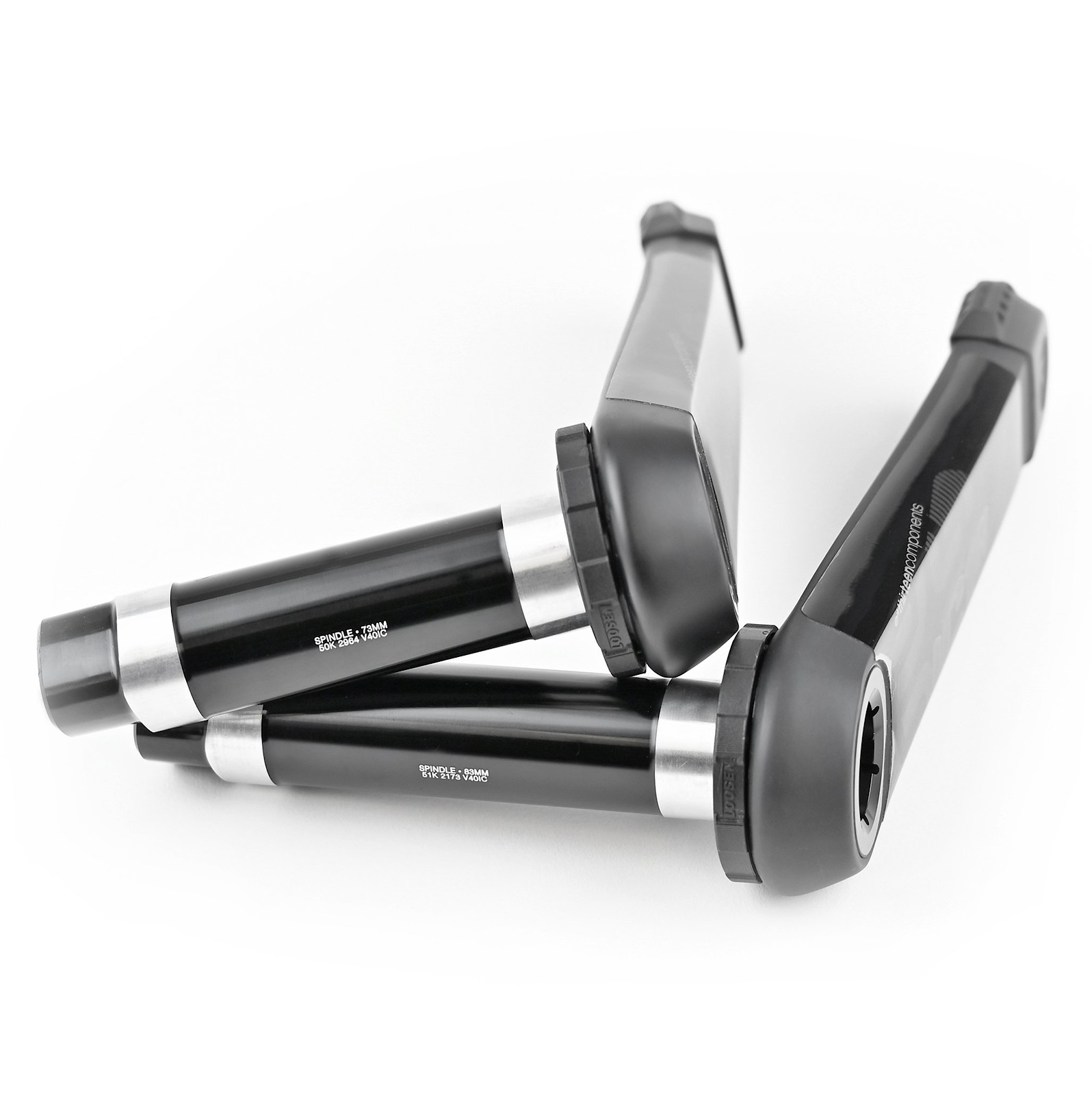 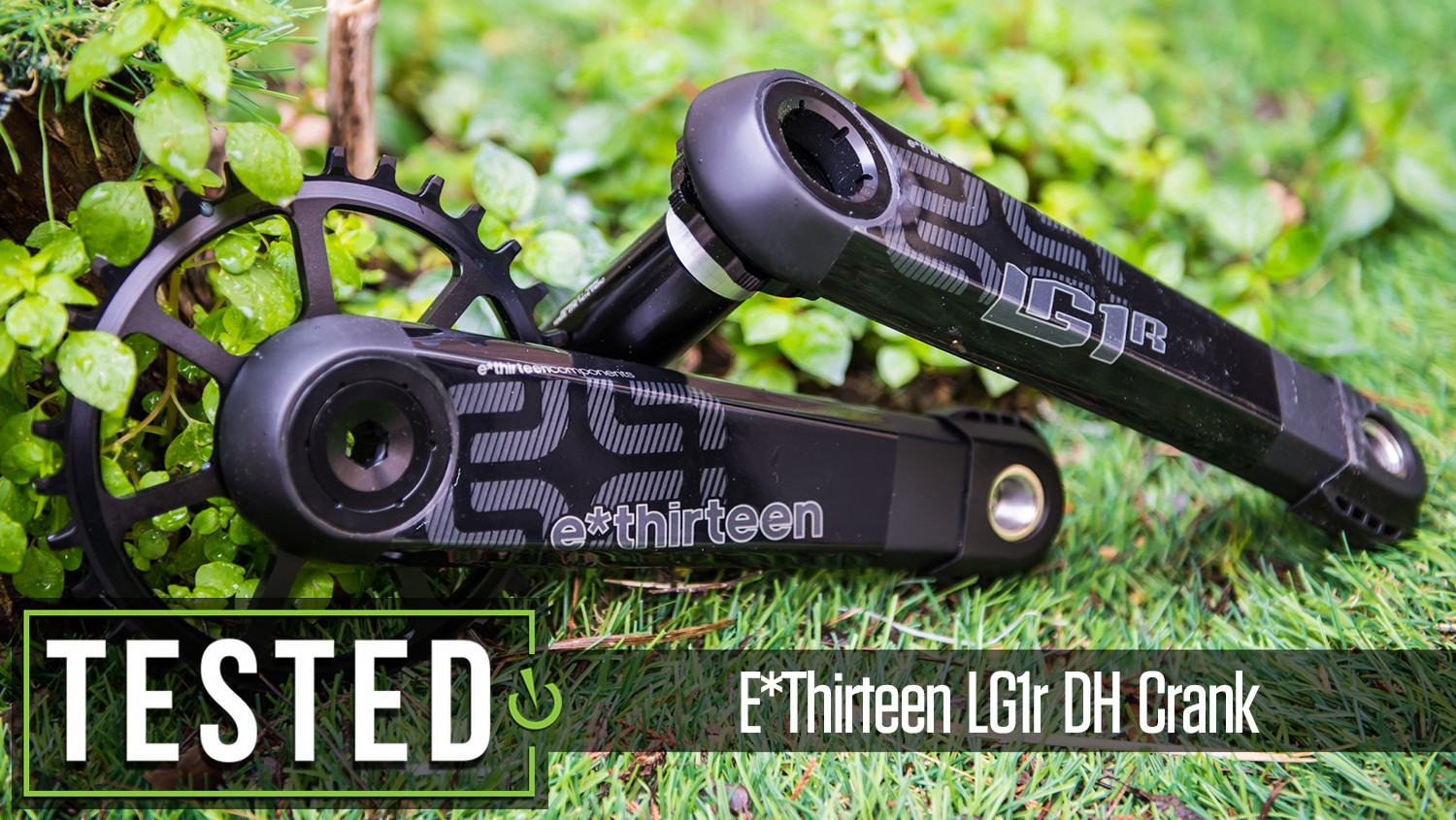 The crank is one of those parts that have seen continuous improvements over the years, dropping weight and gaining strength to the point where 500-gram, downhill-rated options have become commonplace – standing out in stark contrast to the heavy, failure-prone offerings that we were used to not all that long ago. E*thirteen is one of the companies pushing the boundaries when it comes to cranks, with their LG1r DH products ridden to the top of podiums worldwide under Aaron Gwin and Tracey Hannah, to name but a few. For 2019, E*thirteen has continued to make changes, and they’ve also taken the opportunity to realign their naming convention. The new products are launched today, and we’ve got a sample with a couple of months of trail time to talk about already. Read on to find out what we think of it.

Sure, cranks have been getting progressively lighter, but it’s still a nice surprise for us every time we pull a 500-gram crank out of its box. 500 grams really feels like not a lot of weight for such a sturdy looking piece of equipment, and that is especially true of the LG1r with its distinctly oversized profile. On the topic of the profile, e*thirteen says it has reduced the overall width of the new LG1r to save some weight and provide better heel clearance, but it’s still an imposing piece of kit. 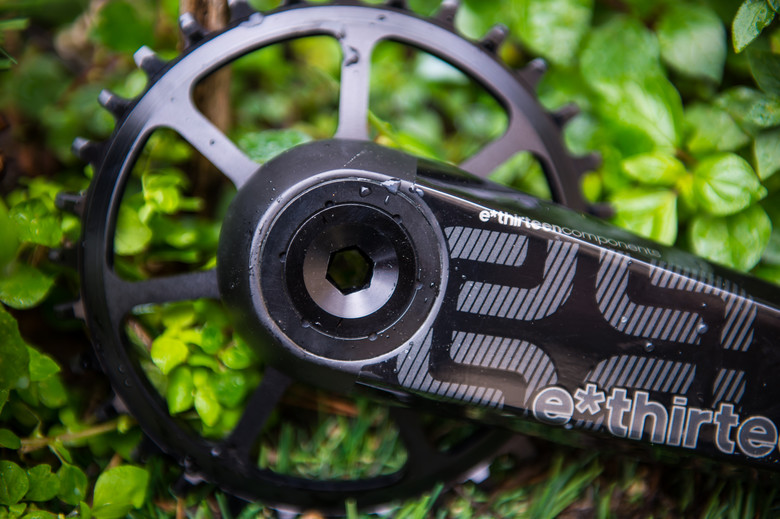 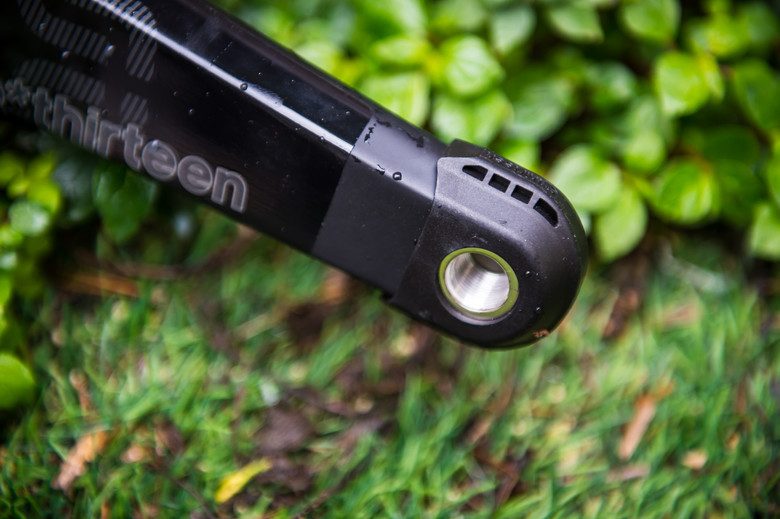 Looking through the list of changes and updates for 2019, the first thing to address is a change in naming structure: what was previously known as the TRSr line now becomes the LG1r EN (for enduro), while the old TRS SL now becomes just TRS. E*thirteen says that the old TRS product was essentially the same as the LG1 downhill stuff, the only difference being specs and dimensions. That leaves us with four product families: XCX (XC), TRS (Trail), LG1rEN (Enduro), LG1rDH (downhill). Tested here is the LG1rDH.

Looking through the specs of the new crank in more detail, we were pleased to see e*thirteen move to a self-extracting spindle bolt. The previous version required the use of a bespoke crank extractor, one that was prone to stripping out the crank arm threads leaving you with a crank that could no longer be removed, if you were not very careful. This should be a past problem with the new design, which requires only an 8mm allen key to install and remove. The spindle interface itself remains the “P3 Connect” system, a polygon-shaped interface based on an old German tank transmission standard which is said to be near-impervious to degradation over time (in addition to being able to handle the tank-like torque output of your massive quads). 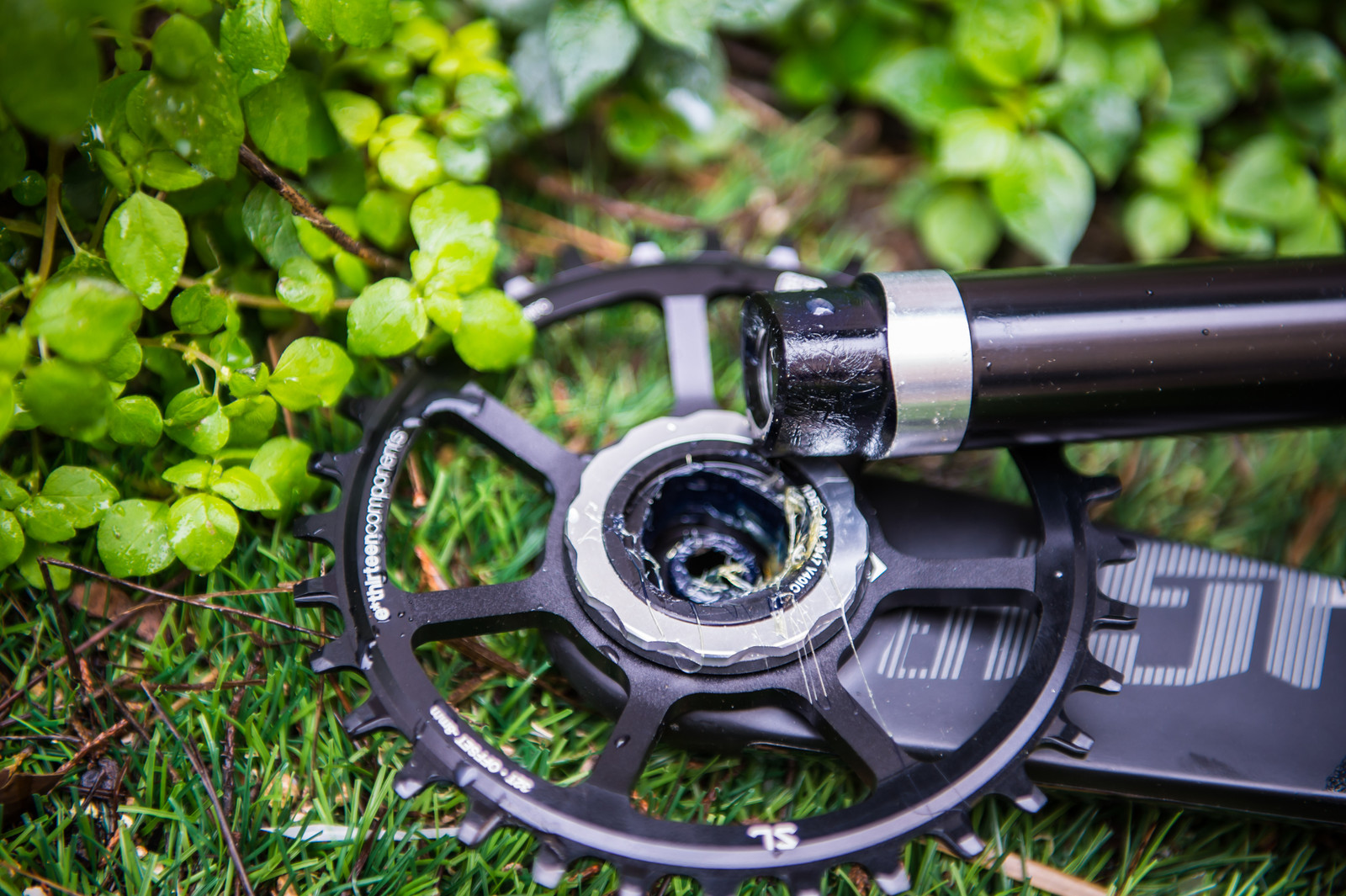 Another welcome design change on the new cranks is that the drive-side crank arm is now the one that comes off to remove the crank from the bike. This makes it much easier to access the chain ring or install/adjust a chain guide for example. The “APS” bearing preload system is another great simplification, allowing you to just tighten the crank arm and then take up any side to side play between the crank and the BB with a simple twist of the preloader. Long gone are the days of fiddling around with different spacer combinations and hoping for the best. 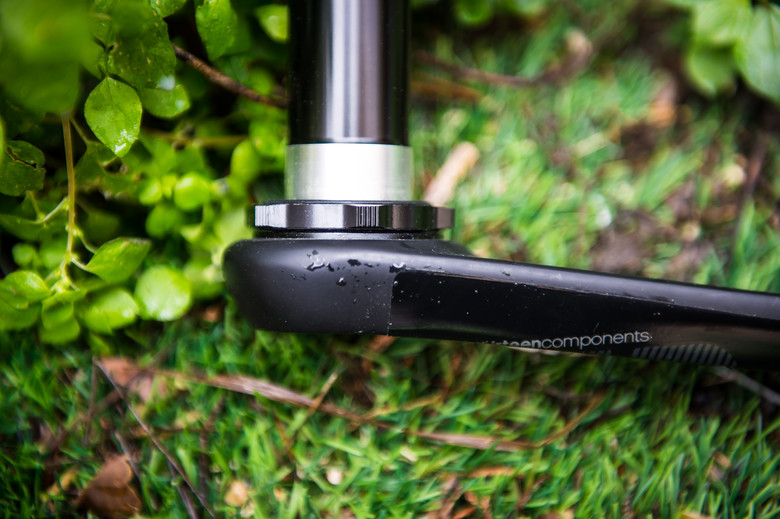 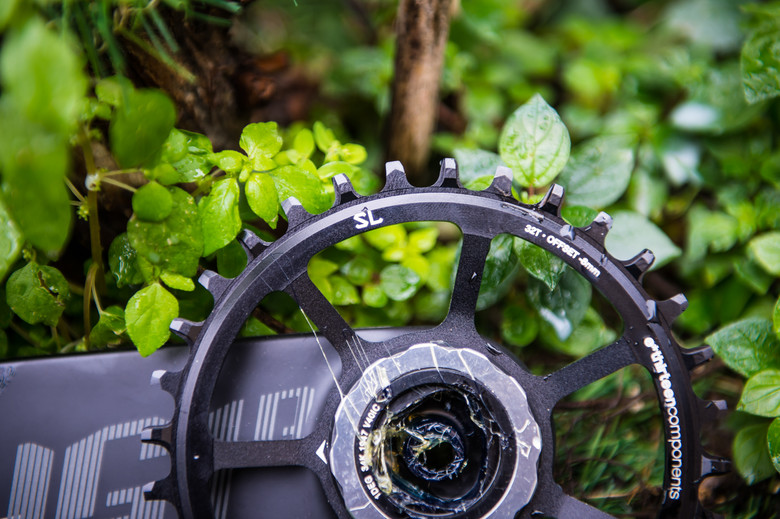 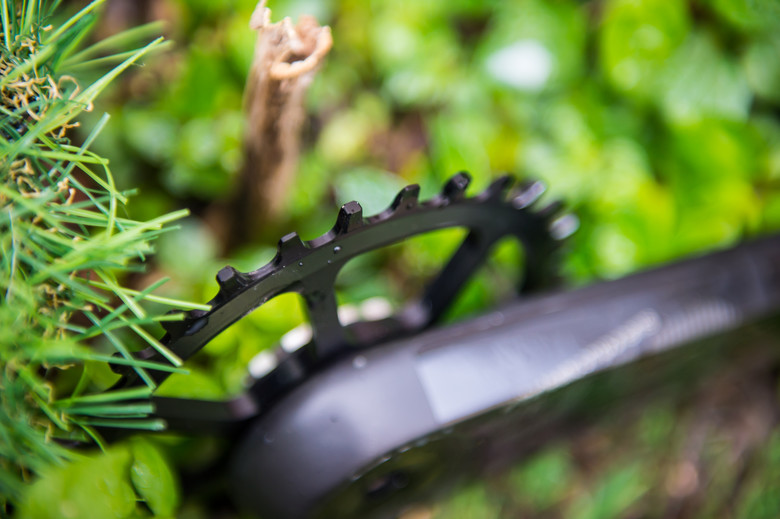 Installing the LG1r is not complicated. E*thirteen supplies a proprietary BB/lockring tool which is used both to install e*thirteen BBs (if you are lucky enough to have a threaded BB on your bike) and to secure the chain ring lockring on the crank arm. After configuring the chain ring in either Boost or non-Boost mode (using a 3mm spacer which is placed either to the inside or the outside of the chain ring), simply tighten down the drive-side spindle to spec and then twist the APS preloader to take up any side to side play that may remain. Easy and straightforward. 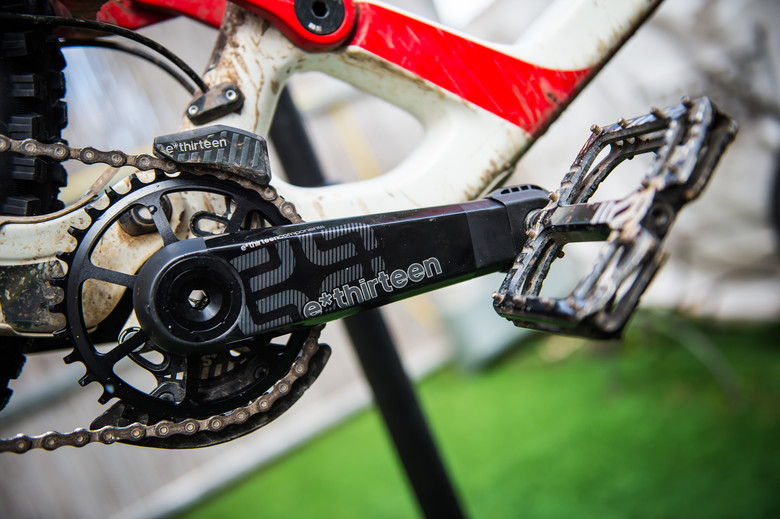 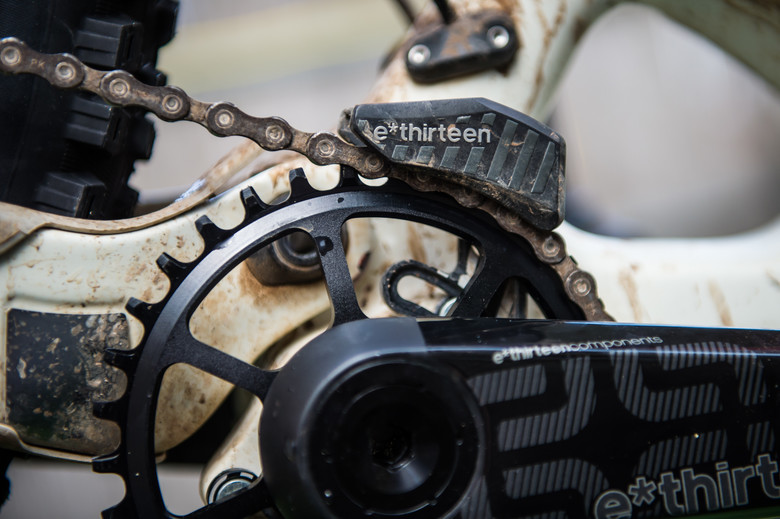 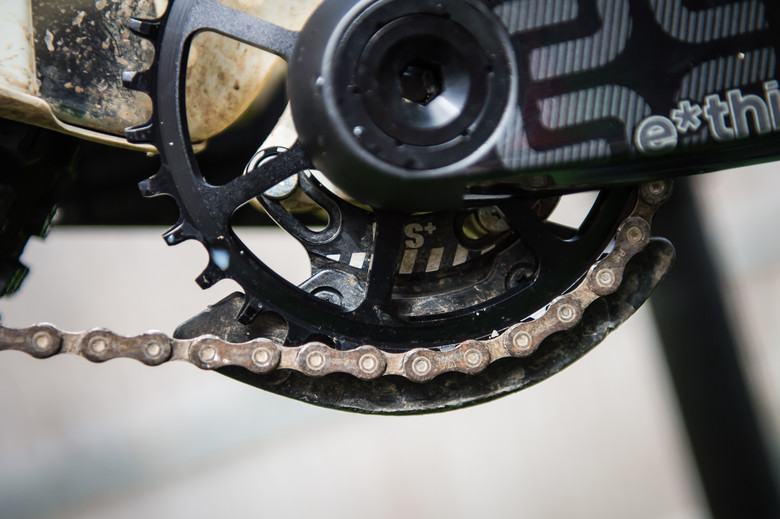 On the trail, a crank is a crank is a crank, right? Most of the time that is true these days, it’s hard to point to a real performance difference between all the good cranks out there today. The LG1r definitely falls into the “fit and forget” category for us thus far, it has simply gotten on with the task at hand since day one. No looseness, no premature wear, just the same solid feeling underfoot day in and day out. The SL chain ring has also done a good job of keeping the chain on, it feels maybe a tiny bit less sophisticated than SRAM's excellent X-SYNC offerings for example but it's not not too far behind either. 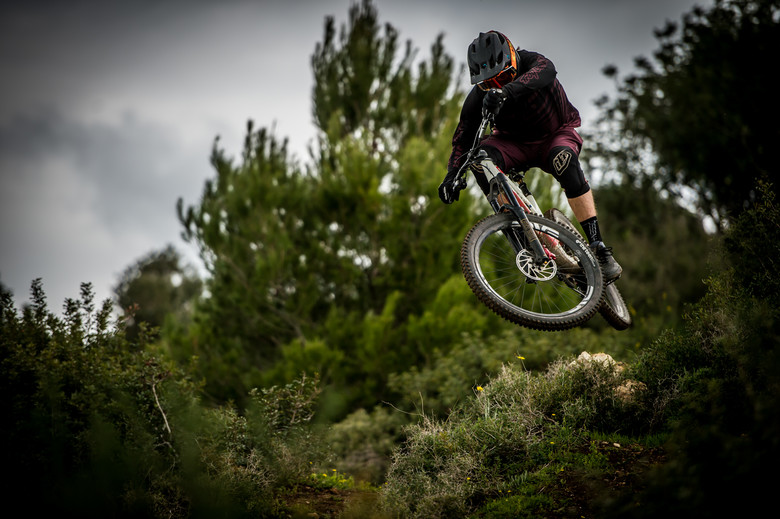 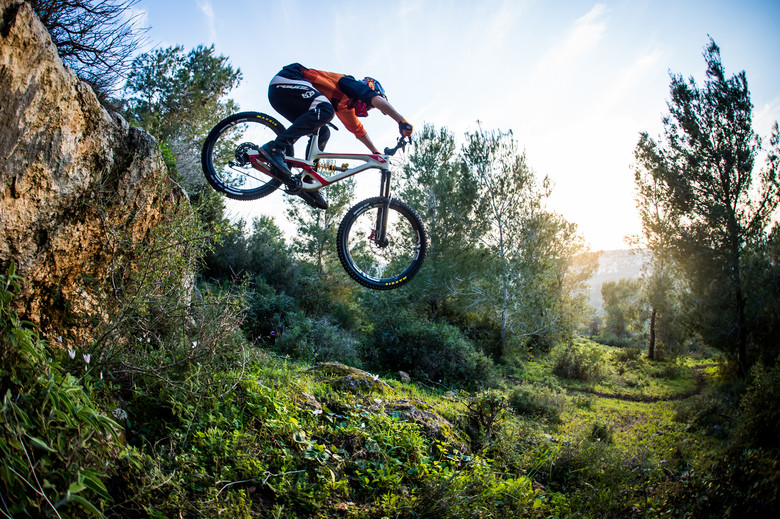 At the end of two months of riding, we took the crank off the bike to inspect the BB bearings. The crank came off easily enough, the self-extracting design a clear improvement over the previous version. We found the BB to still be in excellent condition, and the same is true of the crank arms themselves. With e*thirteen adding a 3K carbon weave layer to the outside as well as using a protective sticker that wraps around the whole front and side portions of the crank arms, it seems as though the LG1r will now stay fresher for longer. The crank arm boots that come pre-installed are of the more solid variety we've seen, which also contributes to a little extra piece of mind when it comes to rock strikes.

Cranks are getting both lighter and cheaper across the industry, so $399 (without chain ring and BB) for a 500-gram crank is starting to look like a lot. Sub-700 gram alloy options are now readily available, which might make you think twice about dropping this amount of money to save what amounts to 150-200 grams or so. With that said, the LG1r is fully DH rated which still leaves it in more exclusive company when it comes to the lightest options out there.

After just two month on the trail, it’s a little bit early to address the longevity aspects of this new crank. We like the lower profile, the added 3K weave and the wrap-around protective sticker which still looks very fresh today. E*thirteen’s BBs also last a reasonable amount of time in our experience. The move to a new self-extracting design will also help make sure that you can remove and re-install the crank as many times as you need to in the future, a welcome improvement over the previous version. All told, we expect you to get years of loyal service out of your LG1rDH investment, but we'll keep running ours and we'll come back to this review should any particular concerns arise later on.

There is a lot of competition in the crank world today, with plenty of light and reasonably affordable options available. The new LG1r belongs to a select group of 500-gram, DH-rated offerings that still fetch a pretty penny at checkout. E*thirteen has implemented a series of valuable improvements to the new 2019 model, which should help it stay relevant at the top end of the market.

Review This Product
What do you think?
To add review, please join, log in or connect to Vital using your Facebook profile Login with Facebook.
Cranks 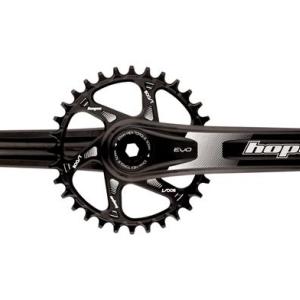 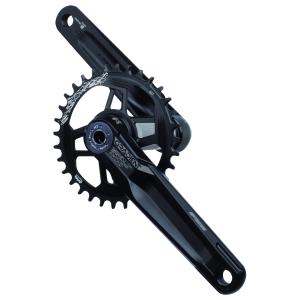 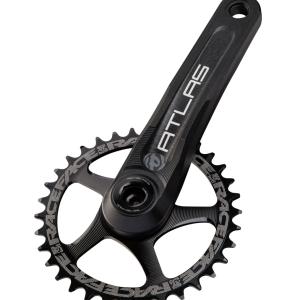 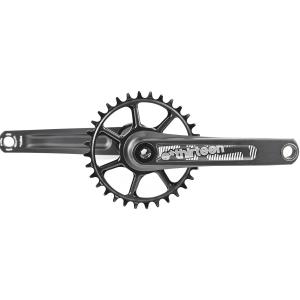 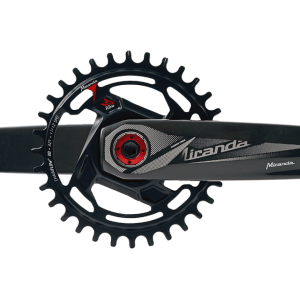 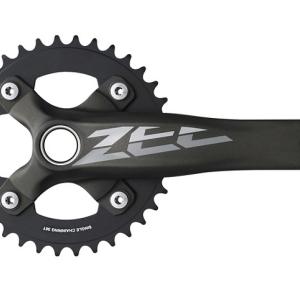 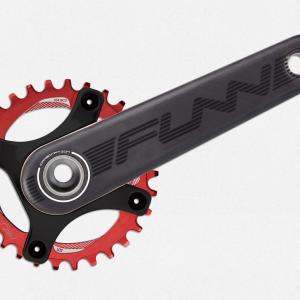 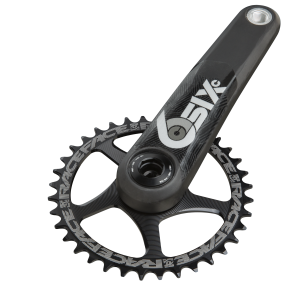