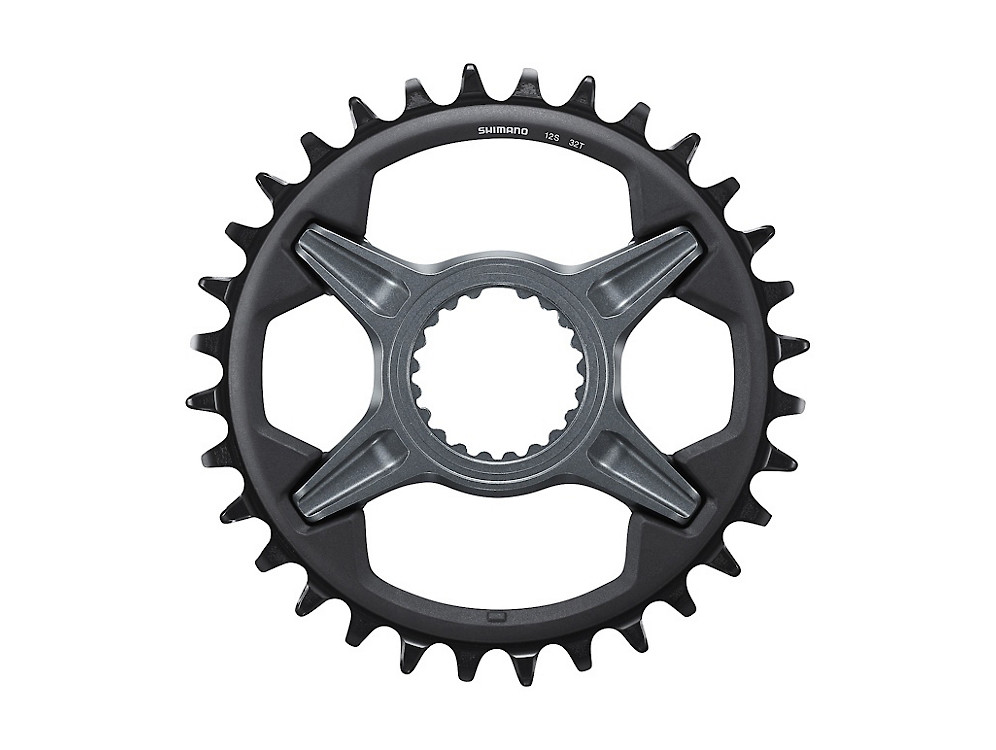 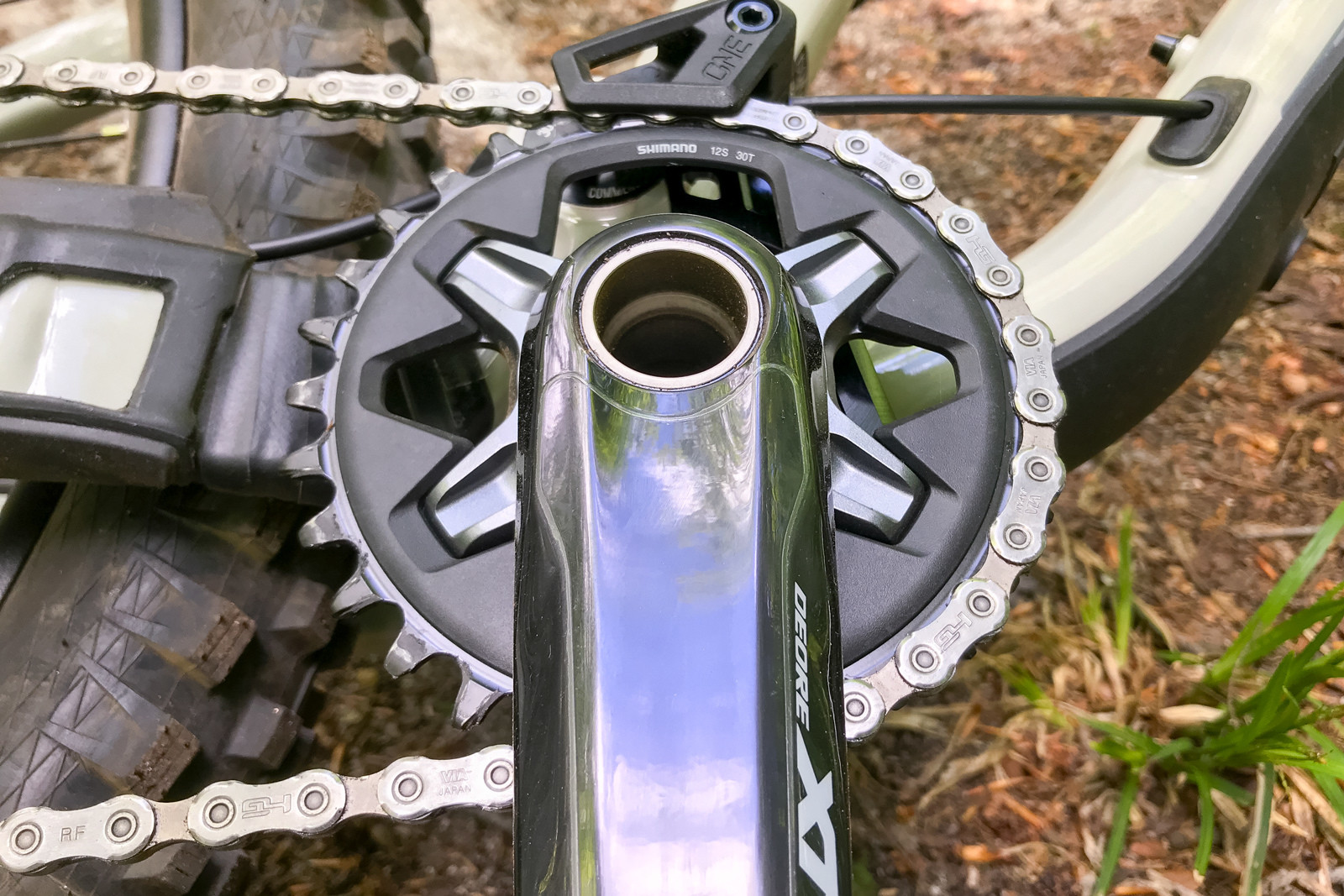 When I built up my new bike this past spring, I knew that the drivetrain would be all Shimano. I simply prefer their trouble-free double-bolt crank arm installation, nicely shaped aluminium arms, and I had an HG driver on my hub. Going with the new 12 speed stuff, I chose the XT M8120 crankset for the better looks over the SLX M7120 (the blueish-grey color didn't fit with my bike's colorways), but I picked up the SLX CRM75 chainring as it was cheaper than the XT for pretty much the same quality.

When Shimano came out with their new 12 speed line, I was a bit reticent of the new direct mount chainring interface. I mean, what are the advantages instead of using a good old 4x104 bcd ? One positive thing that can be achieved with those direct mount interface is making smaller chainrings, but Shimano obviously didn't take advantage of this as the CRM75 only comes in 30,32 and 34 teeth versions. It's not any faster to remove either as you have to remove the cranks, find your Shimano lockring tool and a properly-sized wrench, instead of just getting the 5mm hex and swapping your chainring. Since I pretty much only replace the chainrings once I've gone through a few chains, I don't mind this move from Shimano at all. The good thing is that the new interface doesn't creak at all, which is was was worrying me the most. I can't stand creaking and clicking sounds, and reading some people with creaking Race Face chainrings, I feared this could happen on the Shimano cranks. It's been silent for the whole season and I don't expect it to make any more sounds than this as the interface is really tight and secure. The weird thing with those rings is that Shimano still used torx screws to attach the center piece to the teeth ring. You aren't supposed to mess with those torx screws, but I mean they could have just stamped the whole thing of steel and call it a day. 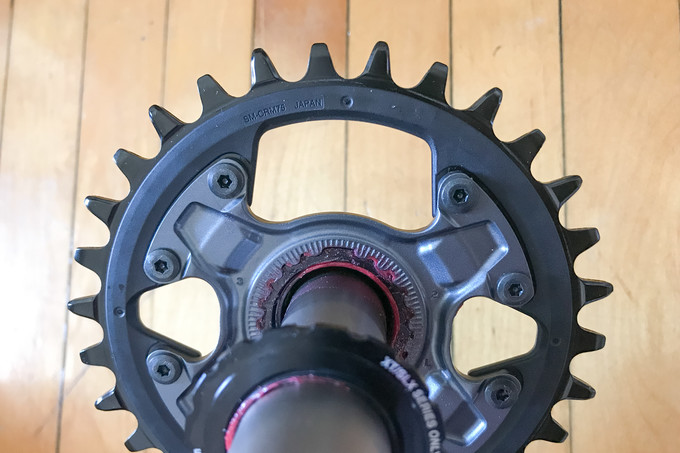 At around 40% the price of a WolfTooth chainring, the CRM75 is a pretty good deal, and it probably works just as well. Honestly, since I like the quality of WolfTooth products, I could have gone with one of their rings too, but I had to cut some corners to keep my build reasonably priced. I find that drivetrain parts are a good place to save some money for very similar performance, and since they need to be changed regularly, I didn't want to go full XTR just for bling or weight savings.

That said, the SLX CRM-75 worked perfectly fine and doesn't show much wear after a whole season. I used it with a 12 speed SLX chain on an XT M8120 crankset with an XT 11 M8000 11-46 speed cassette. The chain might have seen more wear because of the big 37 to 46 teeth difference between the last 2 rear cogs, and the fact that the XT M8120 crankset has a 55mm chainline. This adds up to a chain that's always pretty angled when climbing in the lowest gears and getting a good workout when going for the bailout gear. The chainring probably doesn't like the chain angle either, but looking at the wear on mine, the steel teeth has kept things pretty durable. Wear is negligible and I didn't see any rust on the teeth even where the black paint was gone.

What could be improved ?

Even if I questioned the manufacturing techniques and mounting interface, I don't have anything negative to say about the performance and durability of the SLX CRM75 chainring. One thing I'd like Shimano doing is making a -3mm offset chainring to get a narrower 52mm chainline on the boost crankset. This would help with drivetrain durability and shifting. The last thing that would -for me- improve those chainrings would be to make them of one single piece like the Wolftooth version. It makes everything simpler and in my opinion it looks nicer. Plus instead of being a 2-3 tones of grey part, they could paint it all black and make it fit with more colourways.

The SLX CRM75 chainring is a solid trouble-free performer and I'd recommend it for those who want to save a bit of money while keeping good performance.

Post a reply to: Excellent chainring at a reasonable price

Review This Product
What do you think?
To add review, please join, log in or connect to Vital using your Facebook profile Login with Facebook.
Chainrings 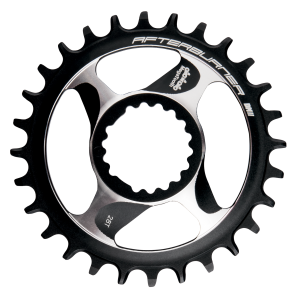 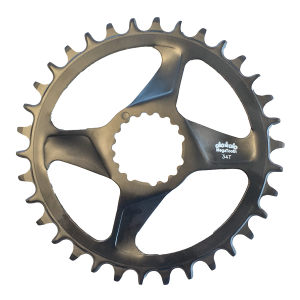 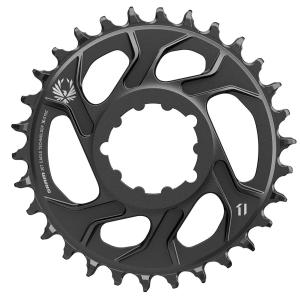 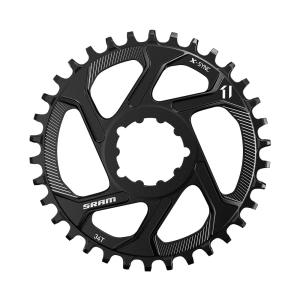 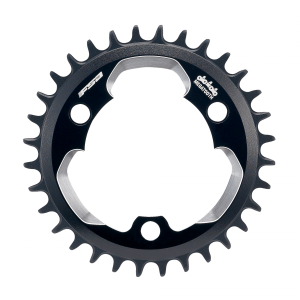 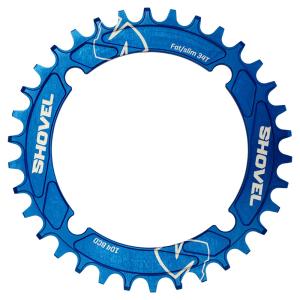 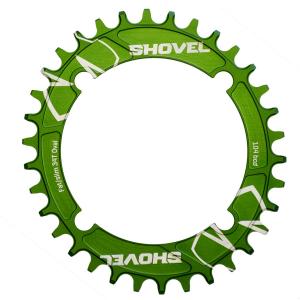 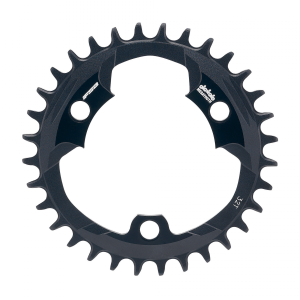