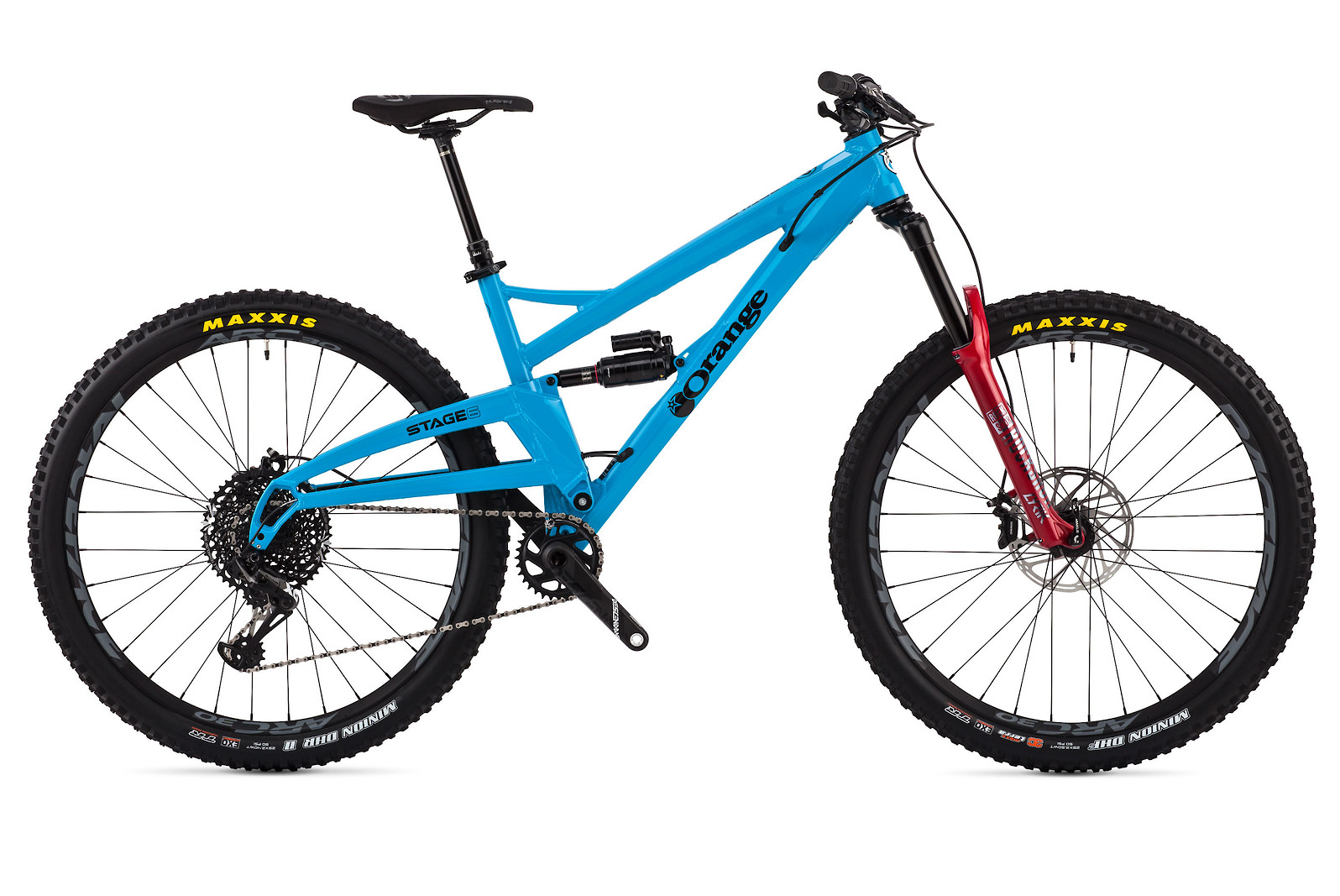 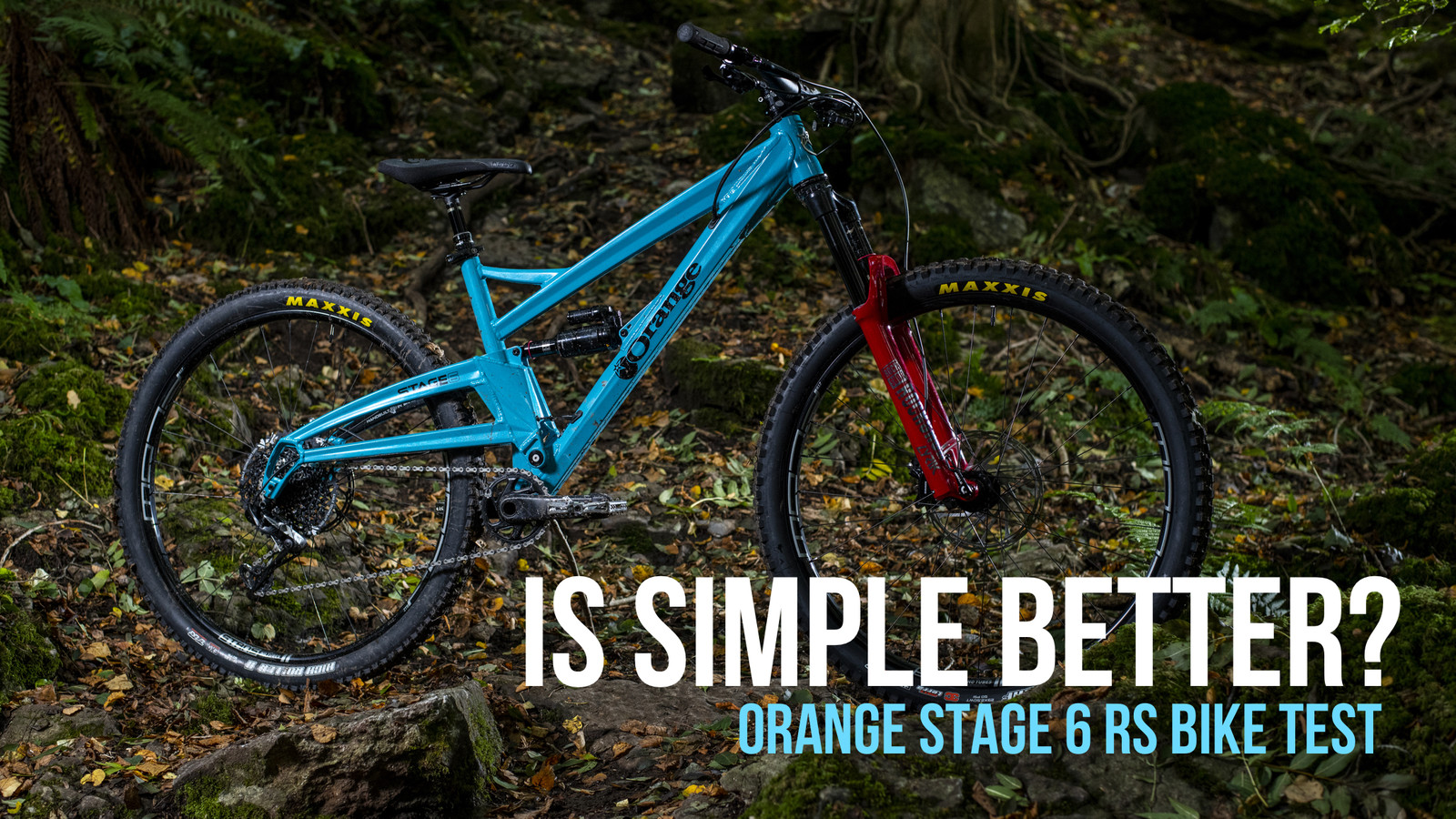 With over 30 years in the mountain bike business, Orange Bikes has stuck to their guns maintaining a manufacturing base on home soil and an enduring suspension design which today, defies market convention. While this approach has certainly earned Orange a loyal and often cult-like fan base, the nuances of the brand and indeed their bikes leave others dumbfounded. Are Orange owners drinking their own Kool-Aid or is there something special about these somewhat simplistic bikes that the rest of us are missing out on? We took their big-wheeled, all-day enduro sled, the Stage 6, out on a bunch of rides to find out more.

From the seam-welded 6061-T6 alloy monocoque construction to that distinctive single-pivot design, the Stage 6 strikes an impressive yet familiar silhouette - we're pretty sure that's how all Orange reviews start, but hey, it's true. Twenty years in the making, Orange first introduced this frame design in 1999 with the original Patriot and have been diligently refining it ever since. While they have experimented with linkage actuated designs in the past, the current layout has allowed their engineers to effectively fine-tune kinematics through subtle movements in the pivot location and shock angle - two elements which have, believe it or not, changed extensively over the years. 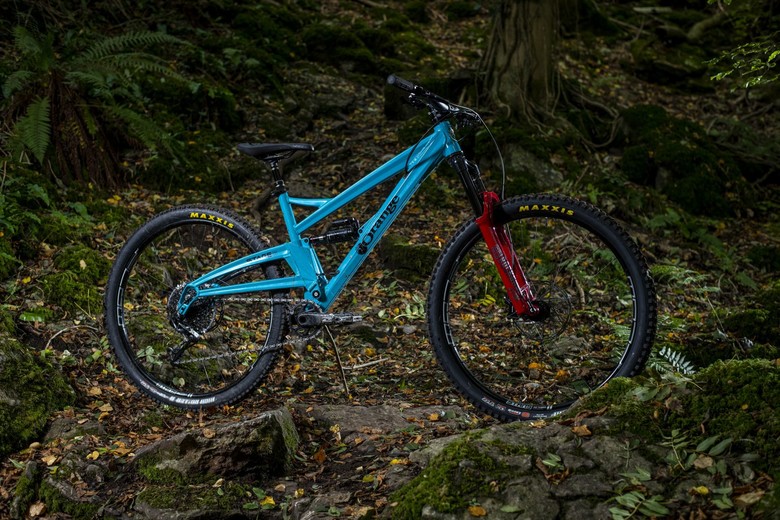 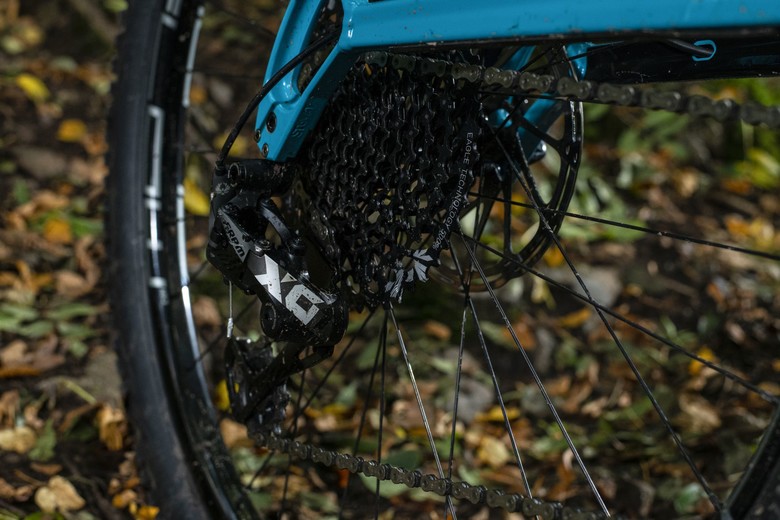 The 2019 Stage range encompasses three 29ers all aimed at three distinct end-users; the 110mm travel, more XC orientated Stage 4, the 135mm travel, trail-focused Stage 5 and the enduro ready, 150mm travel Stage 6, which is the bike we are reviewing here. All three have 27.5-inch counterparts in the Four, Five and Alpine 6 respectively, should 29-inch wheels not be your thing. As with all Orange bikes, there are several build options available to suit budgets and tastes.

The Stage 6 range includes three complete bike options with the entry-level Pro, mid-range RS and top-spec Factory with further customization available should you wish to mix and match parts or even choose your own color scheme - yep, Orange offers this, which is pretty rad. We settled on the bright blue RS spec, easily identified by the RockShox dampers (the others all have FOX), which comes with a smattering of SRAM, Hope, Renthal, SDG, and Maxxis parts. Our test bike was supplied with Stan’s Flow rims instead of the Race Face Arcs listed on their site. 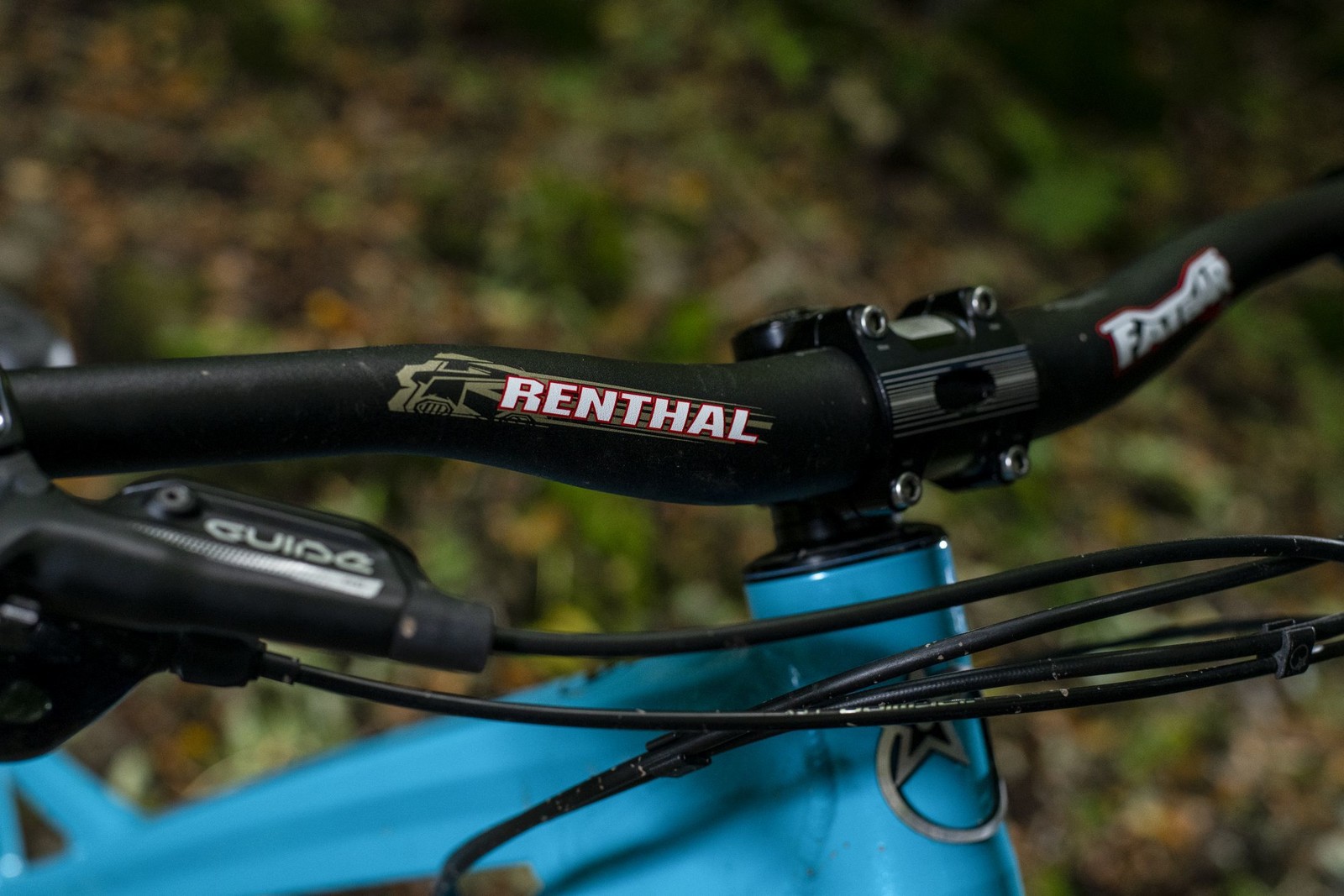 Without delving too deeply into how the bike was set up - as no two riders are the same - the Renthal bars were cut down from 800mm to 775mm. To assist the linear leverage ratio of the Stage 6, we opted for five volume spacers in the RockShox Monarch shock. You can cram seven in there, while six may well be optimal if you're heavier on your landings. The stock Maxxis Minion tires caused little concern and the EXO casing did its job until the last run on the last day of testing where the DHR in the rear took a hit, right through the center tread. While we're not oblivious to the shortfalls of this carcass (in mostly rocky environments), the strength-to-weight-ratio will probably suit a majority of riders. We'd certainly opt for a Maxxis DoubleDown casing should we chose to pit the Stage 6 against the clock, however. 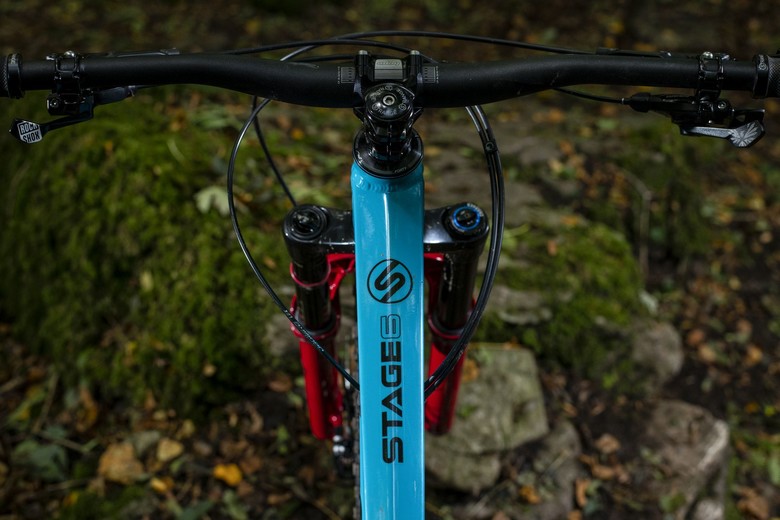 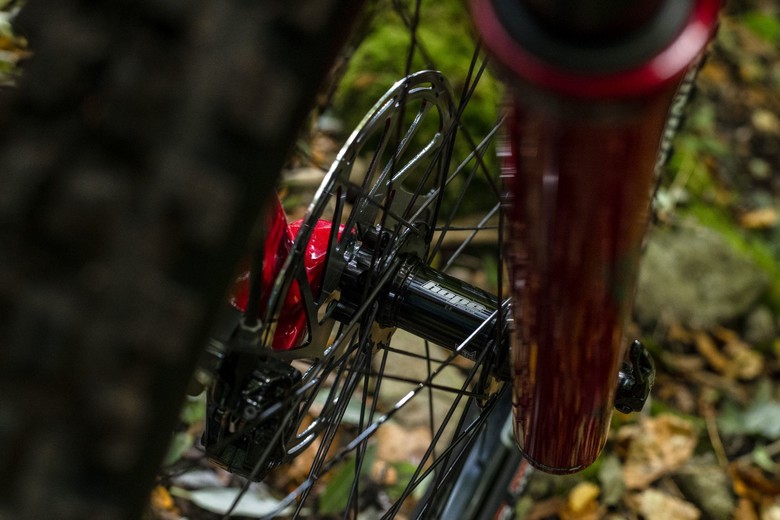 Other component highlights would have to be the RockShox Lyrik RC2 fork, which more than lived up to the hype. The Monarch Plus shock might be a tad dated now, which is further underlined by its non-metric eye-to-eye, but it performed flawlessly and reinforced the jump-on-and-ride usability of RockShox dampers over their more complex FOX counterparts. In our experience, the X2 shock range and Grip2 fork damper require a bit more saddle time to set up and while that investment is kindly rewarded, it can get in the way of precious trail time. The Code RE brakes, originally intended for E-Bikes, are an overlooked and somewhat hidden gem within SRAM's bristling brake portfolio and elevate the pedigree of the spec. 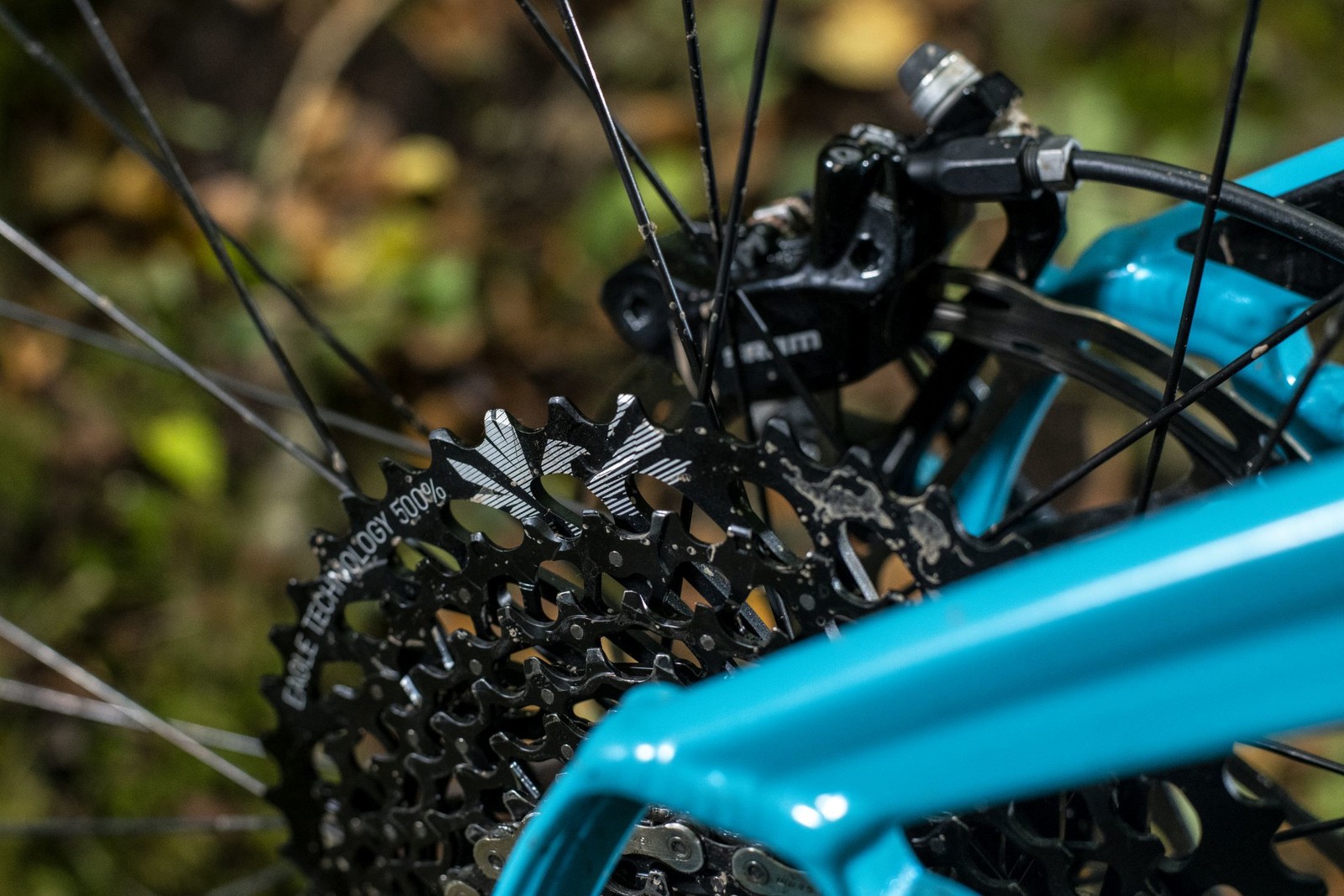 The Stage 6 is available in three sizes; Medium, Large and Extra Large with reach numbers coming in at 444, 462 and 479mm respectively. At 5'10" tall with a 30-inch inseam and with the size medium a touch on the small side, our tester upsized to the large without much issue, although the 18-inch seat tube did leave us wanting a bit more crotch clearance. The 65.5-degree head angle was perhaps radical in this class two years ago (when the Stage 6 first debuted), but the introduction of shorter fork offsets (51mm offset fitted) has pushed other bikes in this category closer to DH numbers. That said, not everyone will want an ‘enduro class' bike with a sub-65-degree head angle, not when most of these bikes easily double up as all-day mile munchers as well. 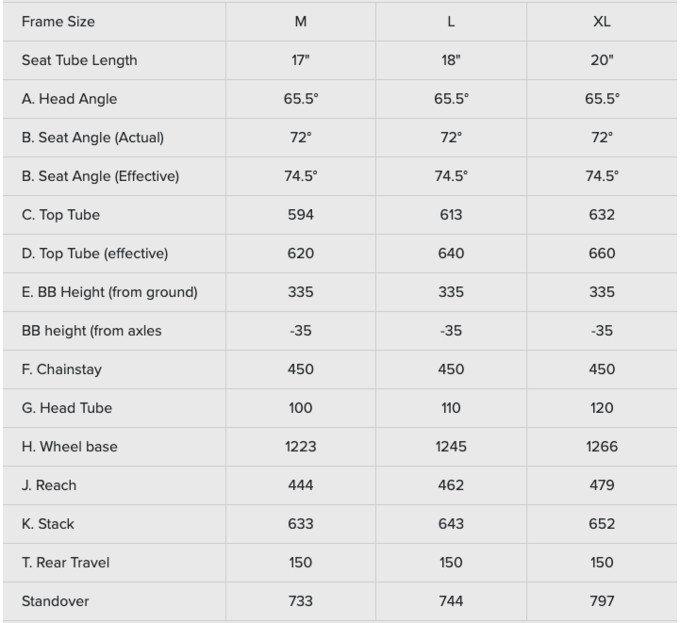 The effective seat tube angle comes in at a mostly acceptable 74.5-degrees, which similarly isn't radical and at full extension, makes for a rearward weight bias when climbing (we think manufacturers could easily get more aggressive when steepening up their seat tube angles – ed). The 335mm BB is suitably low without being so low that you're constantly thinking about pedal strikes over rooty inclines. The 450mm long chainstays certainly buck the trend towards ‘fun-loving' short stays and this number grows by an additional 10mm at the sag point. This does however deliver plenty of point-and-shoot stability and proportional weight distribution, which is ideal for negotiating technical, natural terrain – somewhere this bike was intended to flourish.

Let's not beat around the bush here, a 32.1-pound (14.8kg), 150mm travel 29er with big tires and a 160mm fork is not going to set any records on the climbs, yet the Stage 6 does a good enough job of winching you uphill. The pivot's position, just above the chainring, does result in some noticeable pedal induced bob while maintaining a consistent cadence, especially on smoother fire road climbs, but nothing short of the unexpected for a bike in this category. Sure, the shock's climb switch was regularly engaged, but that's what it's there for and thanks to its proximity to the rider it is a cinch to flick it while seated. For short, punchy climbs, it’s best left alone to maximize traction. Given that the saddle sits quite far over the rear center (at full extension), it did benefit from being brought further forwards and the nose dropped a touch to help - just don't tell the fashion police. Pedal strikes on techy climbs didn't materialize, which was a somewhat novel sensation given the ground-hugging nature of many bikes in this category. But, climbing is perhaps not what most of you are interested in and neither is the Stage 6, this bike is all about tearing it up downhill… 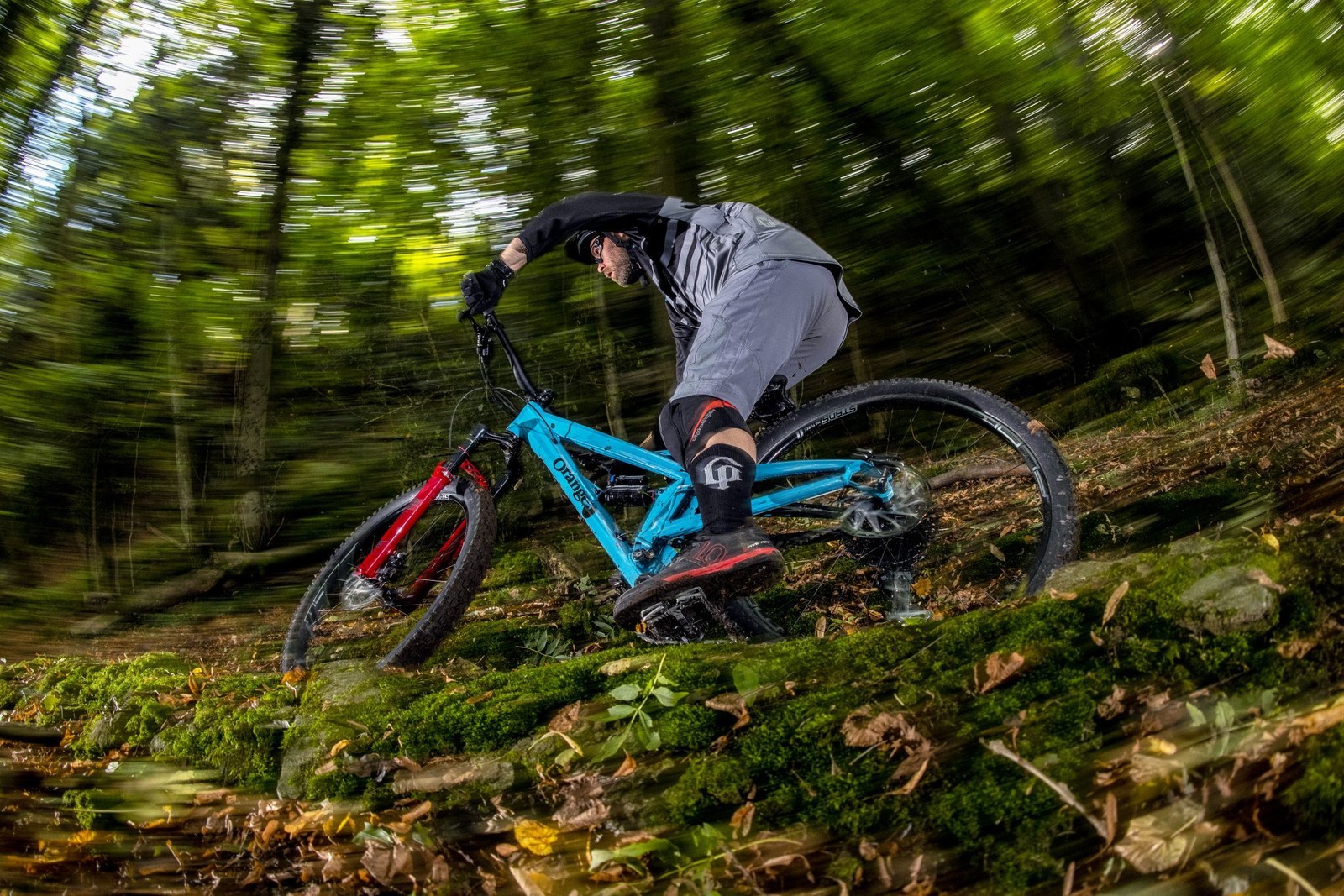 Point it downhill and the Stage 6 quickly gathers speed and begs you to pop, hop and rail everything in front of you to maintain both forward momentum and that huge smile across your face. Another by-product of that pivot location is the ease at which the Stage 6 can be manipulated on the trail, making light work of placing your tires where you want them. The long, 1245mm wheelbase delivered an appreciated degree of stability at speed, further enhancing grip on challenging, choppy terrain. We did feel (albeit subjectively given this tester’s height), that this could have been enhanced further with a bit more saddle clearance in the low position – especially noticeable in turns. As it stands, dropped saddle height measured in at approximately 22.5-inches (572mm) from the center of the bottom bracket to the top of the saddle. Given that OneUp's dropper post, for example, offers a collar-to-clamp length that's nearly an inch shorter than the Reverb's, riders between sizes and upsizing for more favorable reach numbers could benefit from ditching the Reverb. With more long-travel dropper posts on the market now offering fitted numbers (bottom of the actuator to the underside of collar) equal to or less than a 150mm travel Reverb, this issue may soon be a thing of the past.

But when you've figured it out - which thankfully doesn't take long - and you're on a roll, holy s**t, the Stage 6 is an addictively fun bike to ride.

Thanks to a 49mm inner diameter, straight head tube, there's scope for offset headsets and, as mentioned earlier, there's an inch to gain in the dropped saddle height too so don't sweat over the numbers too much as the geometry is - for the most part - pretty good with scope to tweak. Overall, the nuances of getting up to and holding speed on a single-pivot bike require a degree of adaptation and dare we say, skill to harness and maximize. But when you've figured it out - which thankfully doesn't take long - and you're on a roll, holy s**t, the Stage 6 is an addictively fun bike to ride.

So, did this single-pivot, UK-made, alloy monocoque bike deliver? It did and that shouldn't come as a surprise, nor should it rattle anyone's cages, as it's a bike with a ride feel as unique as its appeal. The immersive, uninsulated ride of the Stage 6 forces you to up your game and pick your lines and in doing so, prompts you to be a better rider. This riding style is as exuberant as it is exhausting and requires a degree of skill and strength to master, although don’t go thinking you have to be Joe Barnes to ride it properly either.

It's not without its issues - there's no bottle cage after all and it's on the pricier side too - but then it is rather boutique and all bikes by design have their strengths and weaknesses, mostly with a degree of subjectivity attached. If you want to ride with the trail rather than remove it from the equation, and like the idea of a handmade alloy bike from a brand with some serious racing heritage behind it - think Graves, Bryceland, Atkinson, Fairclough, Hannah, Minnaar and Peaty to name but a few - you should probably pay close attention to what's coming out of a little bicycle factory in Halifax, England.

Olly has been entrenched in the bike industry for over 17 years, nine of which in media working for six mountain bike titles across print and digital, in Europe, the UK, and North America. Outspoken and passionate about anything mountain bike related, he loves good coffee, good trails, flat pedals, going downhill and has no qualms about admitting he doesn't like pedaling uphill. 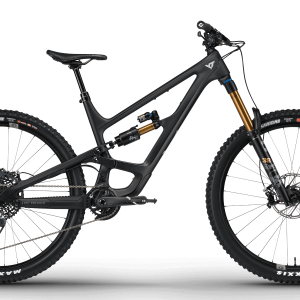 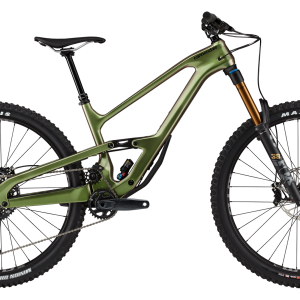 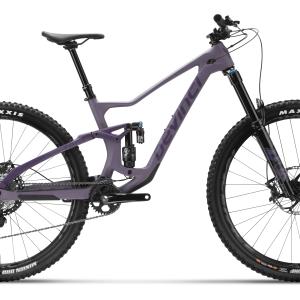 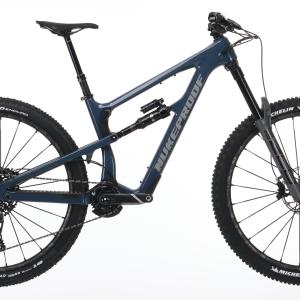 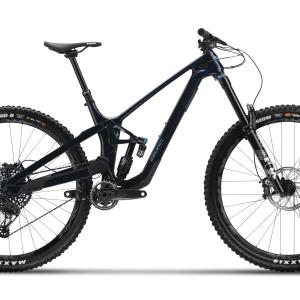 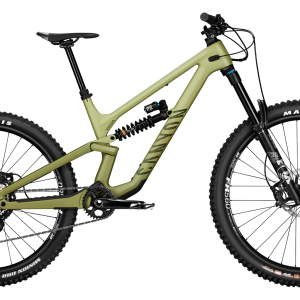 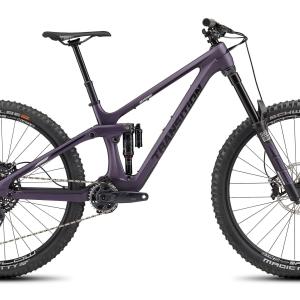 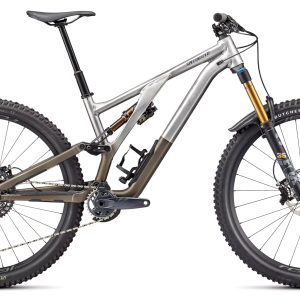