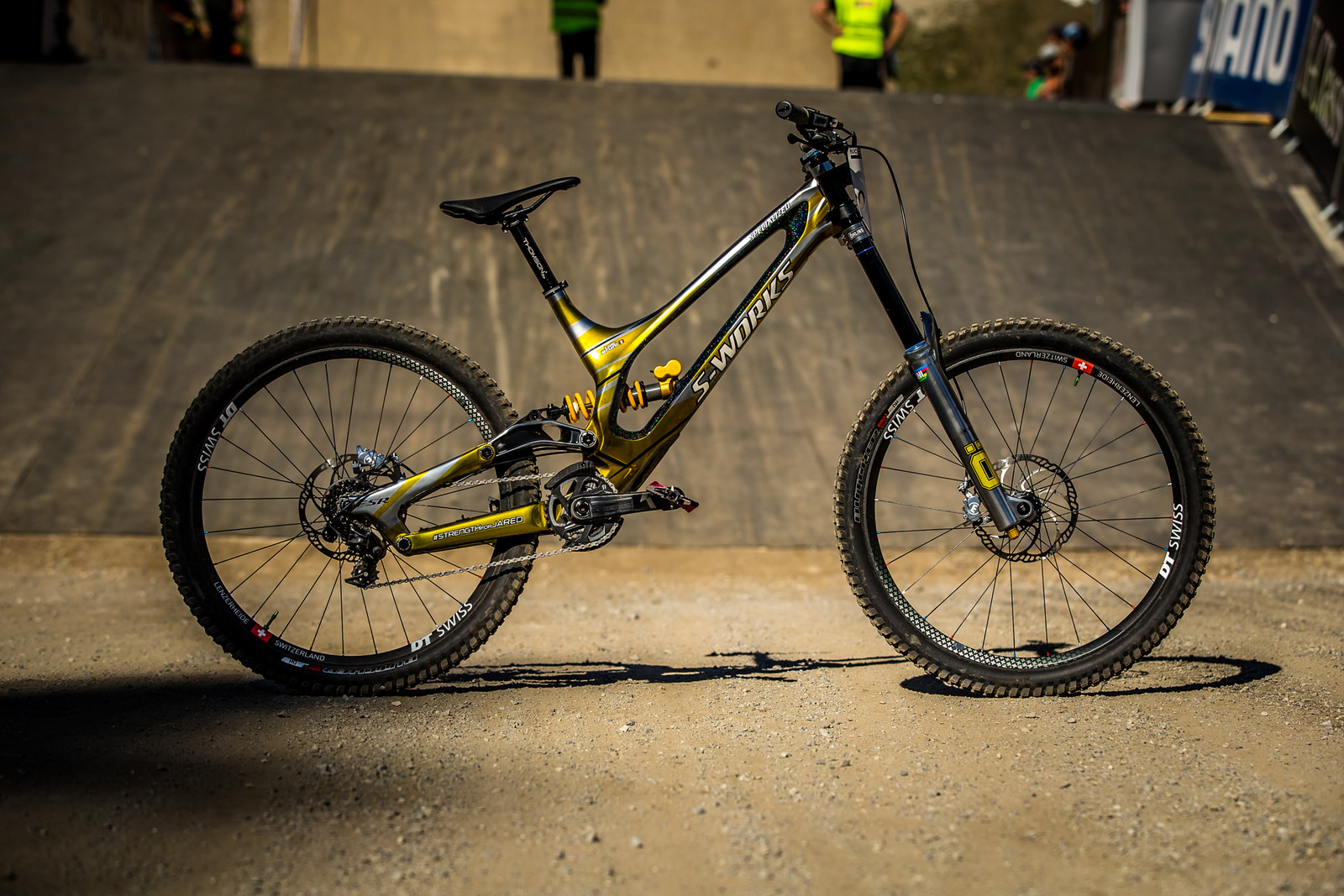 #strengthforjared - Loic Bruni is now a three-time downhill mountain bike World Champion. Yesterday in Lenzerheide, Switzerland, the fun-loving frenchman earned the rainbow stripes once again aboard this King-of-Bling Specialized S-Works Demo 8. Loic and his mechanic, Jack, have bike set-up down to a perfected science and Loic described his bike being dialed after the first day of practice. From there, it was on.

Listen to Vital's exclusive interview with Loic conducted by @maddogboris

Loic's Demo features Ohlins suspension (DH Race fork and TTX coil shock) and this World Champs-edition paint job is arguably one of the most stunning of the event. We've been told in the past his fork features 225mm of travel, but we can't confirm if it was run in that setting this weekend. UPDATE - Ohlins confirmed, 200mm this weekend. Everyone comments on how stable and controlled Loic's Demo looks on track. The bumps just don't seem to exist beneath him like they do for other riders. Loic is smooth, his bike is smooth, it's a winning combination apparently.

One of the most interesting and heart-warming pieces of Loic's set-up for us are the 2.3-inch tires front and rear (Specialized Butchers). He believes in precision and the *skinny* tires and rims allow him to put his bike exactly where he want it. Today he put the bike on the top of the World Champs box.

Magura brakes, Joystick cockpit and DT Swiss wheels round out the build along with an unbranded SRAM X0 DH drivetrain.