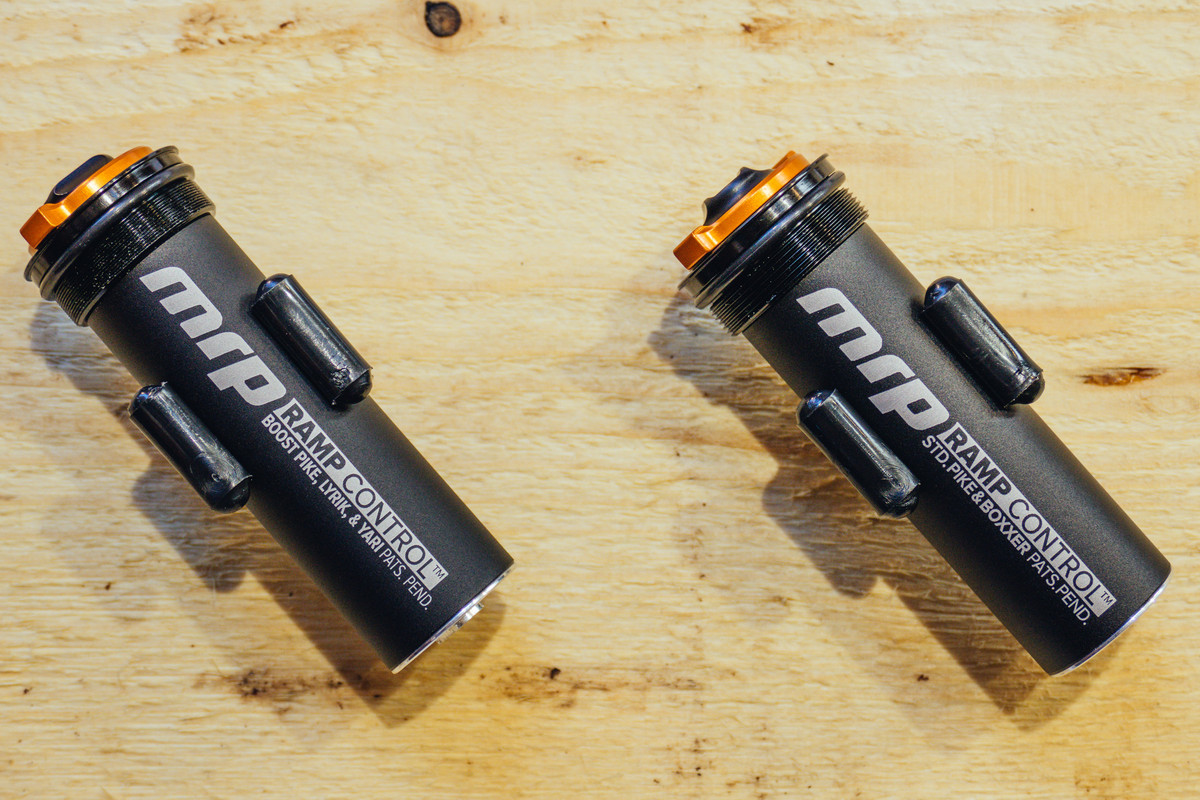 New for 2017, MRP is releasing Ramp Control cartridge upgrades for RockShox Pike, Lyrik, Yari, and BoXXer World Cup forks. These cartridges give RockShox forks a similar technology to the Ramp Control found on the MRP Stage fork and replace RockShox tokens. Unlike tokens, the Ramp Control cartridges only effect the end of the stroke, which keeps the supple initial feel but gives you bottom-out support you may need for big hits. They feature 16 clicks of adjustment, weigh 55g, and take up the equivalent air volume of one token. This means there is a slight increase in initial and mid-stroke support. What makes them very unique is that they're speed sensitive. Push gently on your fork and you won't notice them. Push hard on your fork as if you had a big landing and you'll get the bottom-out support you need. The speed sensitivity is due to an elastomer inside the fork that is pushed down past a port in varying amounts depending on how much you have it clicked in. As you click it further down, it requires a harder hit to allow air to get through. 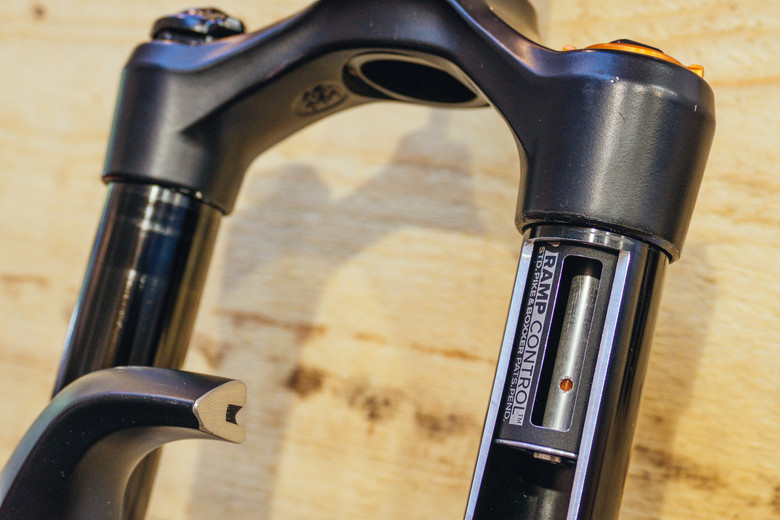 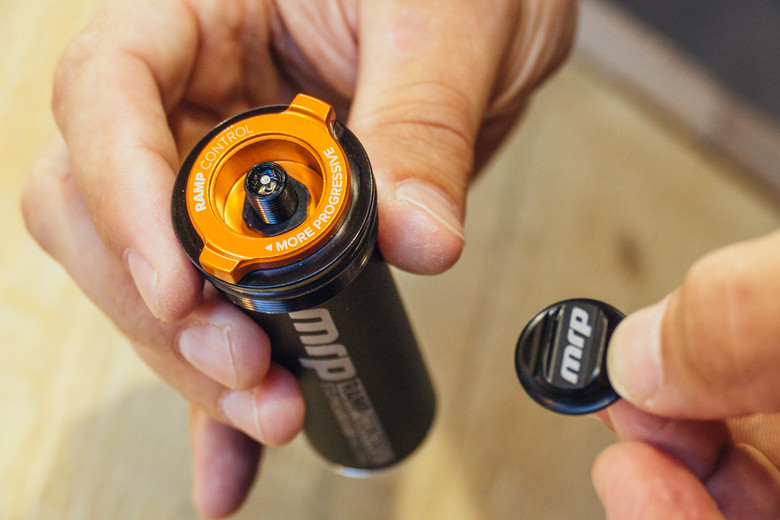 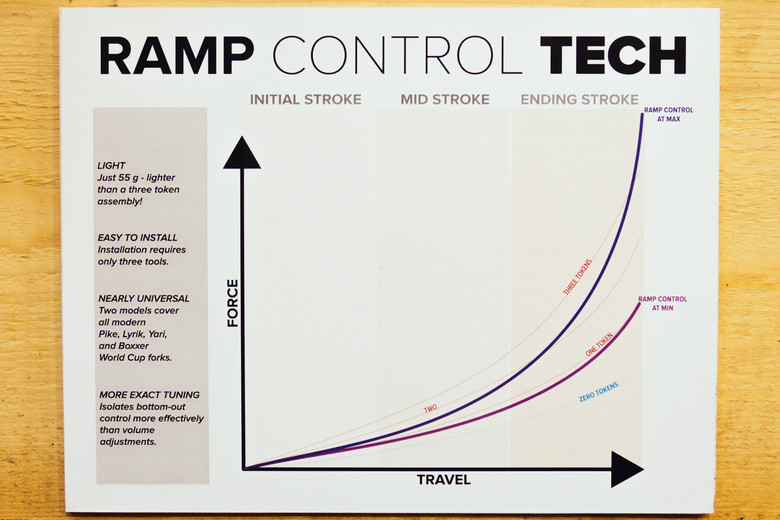 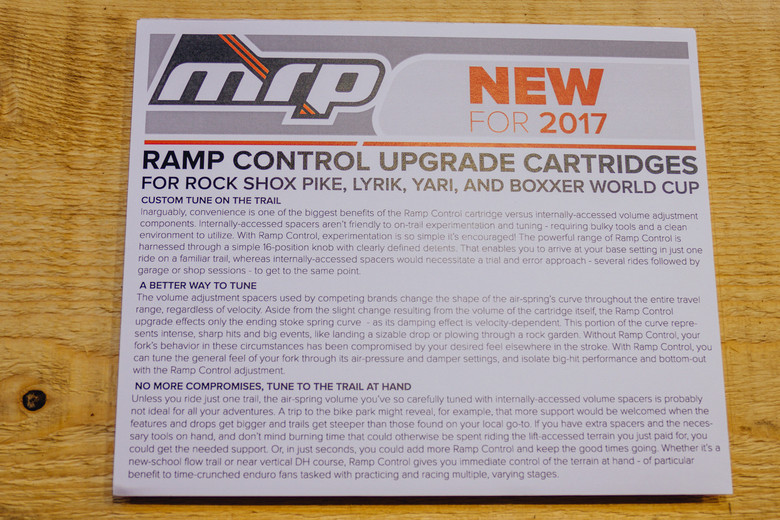