What a year of competition it has been! 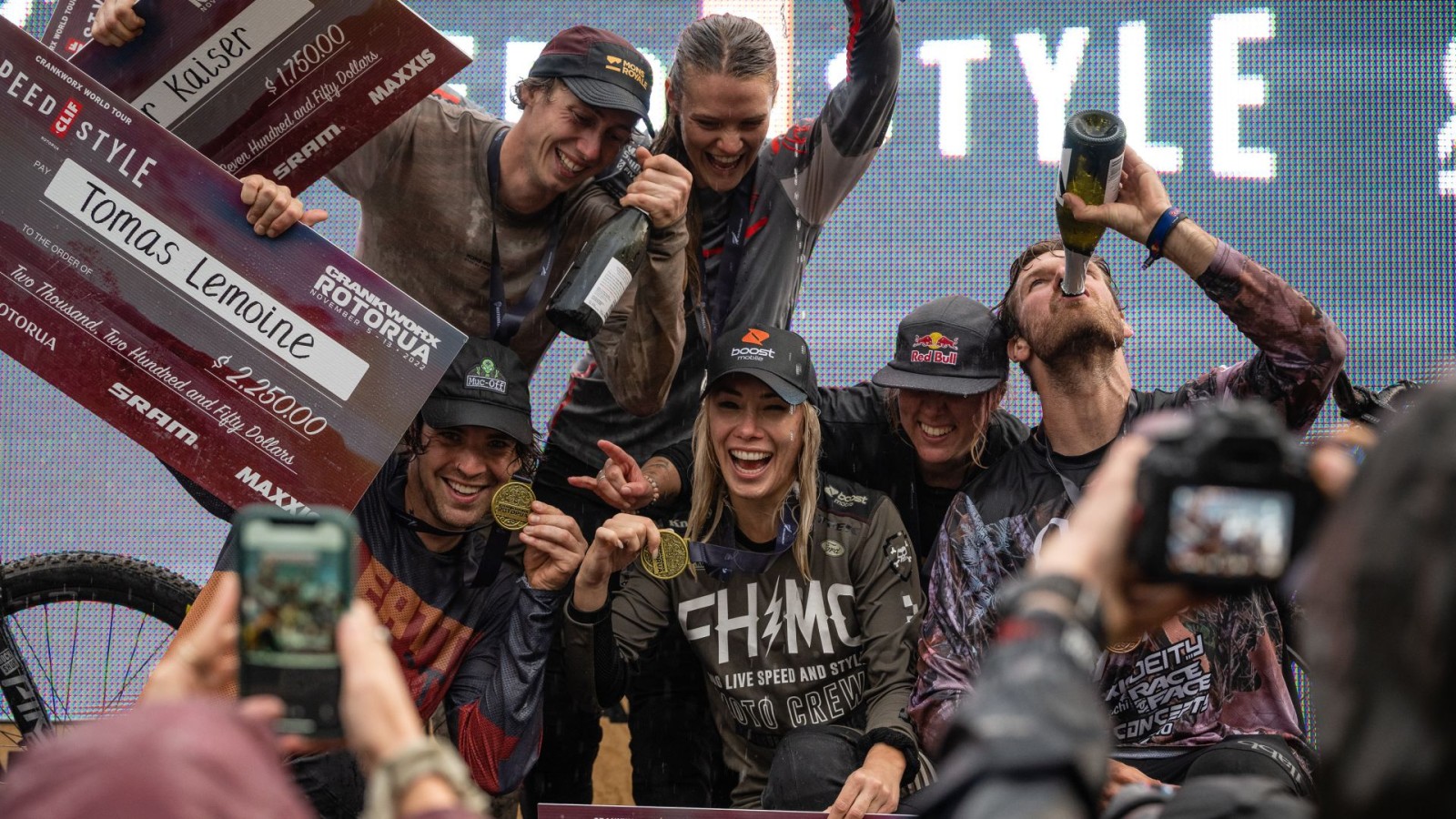 ROTORUA, NEW ZEALAND November 12, 2022 — The second to last day of Crankworx Rotorua served up a sunny Speed & Style Saturday for the spectators. The skies cleared and the dirt dried up enough for top to bottom runs flowing on the Speed & Style course. It’s a beautiful, newly built Speed & Style course with two trickable jumps, a ton of technical rollers, a ton of corners made for some tight racing against some of the best mountain bikers on the planet. 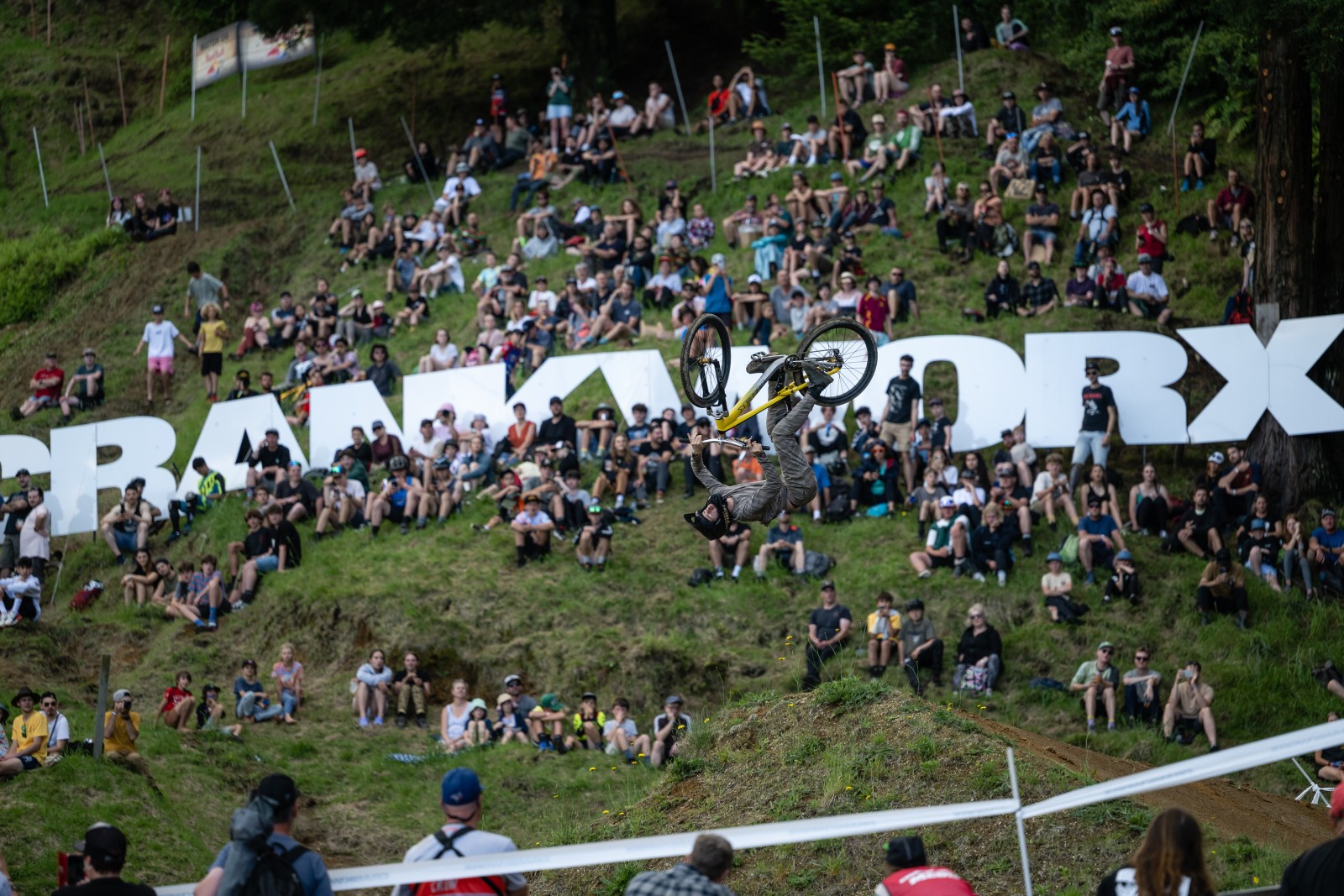 Coming into today, Jordy Scott and Caroline Buchanan were tied at the leaderboard for first place in the standings, but then Jordy took a crash during practice. She went down hard with a separated AC joint. 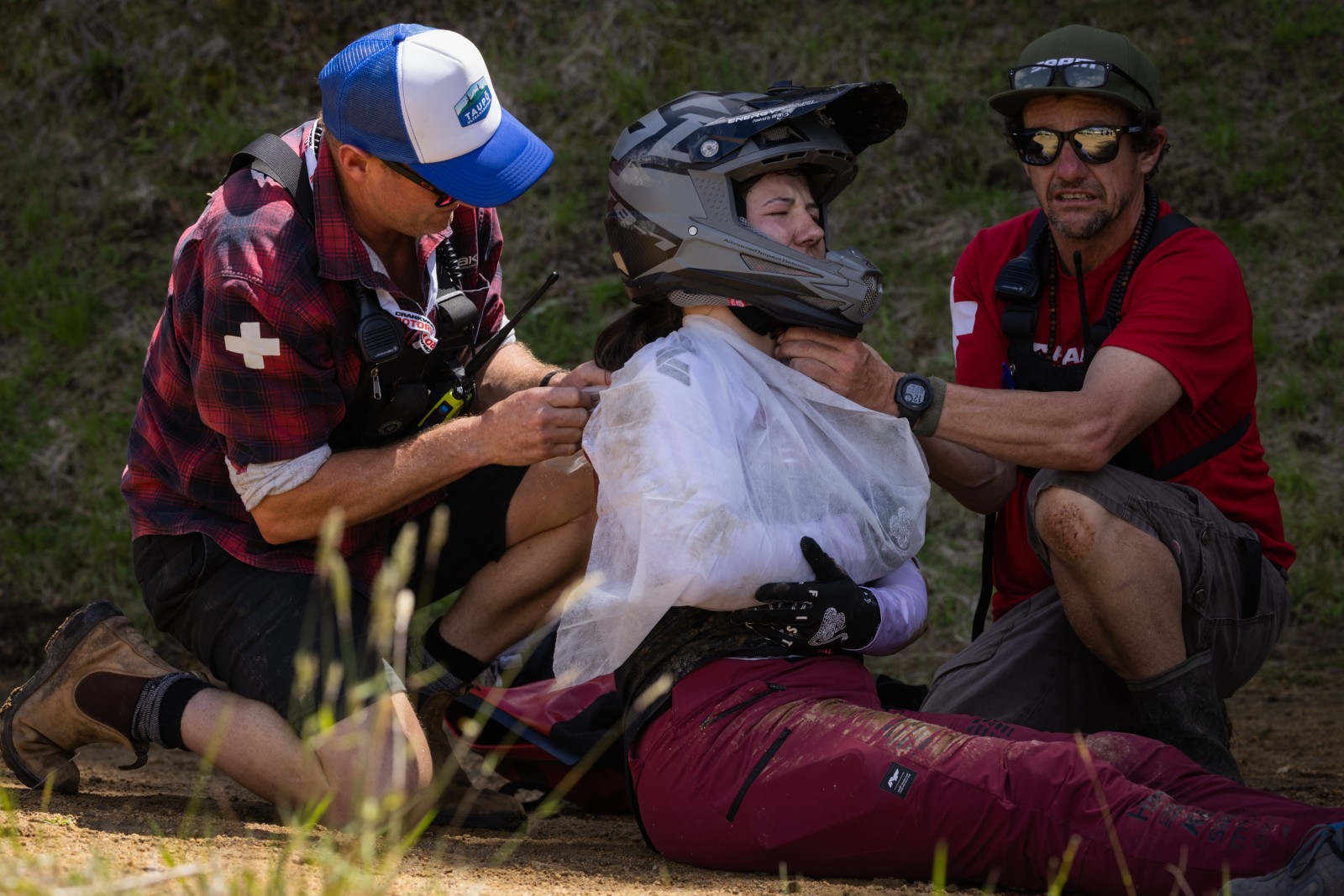 The gold medal match-up for the Elite Women’s category came down to Caroline Buchanan and Vaea Verbeeck. Caroline knew how to rack up the points throwing down the combo tuck no hander to toboggan versus the suicide no hander out of Verbeeck. In the second run, Caroline Buchanan took the lead with both speed and style, grabbing the gold medal and earning herself the Queen of Crankworx crown for 2023. This was a hard-fought year for Buchanan sticking through all of her injuries, switching up her game plan with the tricks she was doing, and still able to come away with the crown. 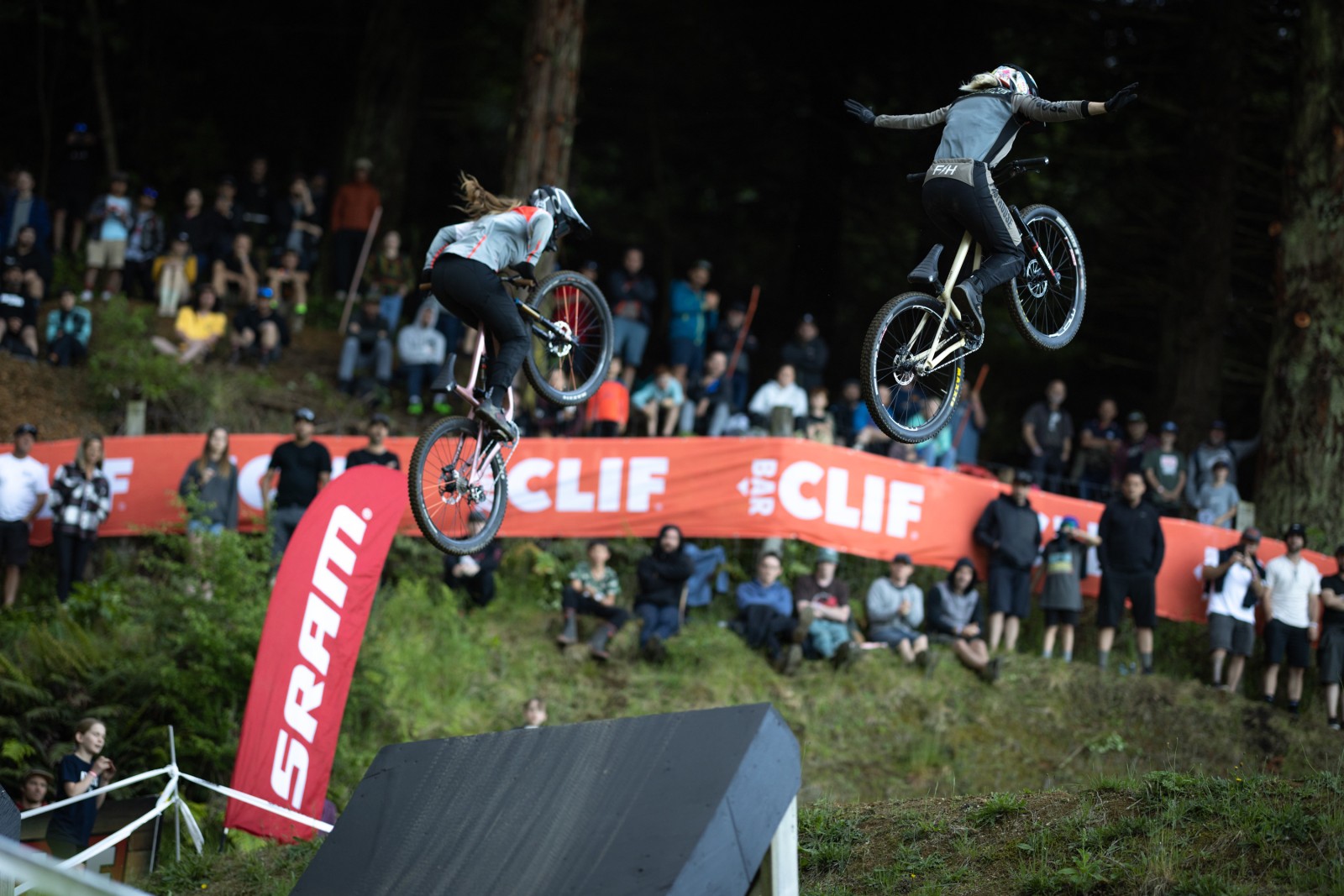 “The Queen of Crankworx has definitely been on my mind,” a chuffed Buchanan said of her Queen of Crankworx title. “I’ve been head-to-head against Queens in the past like Jill Kitner. I had a crack at this title six years ago and couldn’t beat Jill. So since then it has been a little out of my mindset with Slopestyle, BMX, Olympics, injuries, and this year I still can’t believe it. Crankworx is home for me. This has been such a battle. I even rode Downhill this week which is not my forte and I am just so honored to be Queen, I’m honored to ride against these girls. For Jordy that crashed out in practice. You never want to see another girl go down. Honestly it’s been a shift of royalty with Jordy, myself, Vaea, and we’ve all been so competitive and I just love everyone.”

The Elite Male category saw some tight racing and in the end, the gold medal match-up for the men was between Peter Kaiser and Tomas Lemoine. After the first run, Peter Kaiser had five seconds to make up against the man who consistently puts down a masterclass on Speed & Style. Just as they started the second run of the gold medal match-up, the skies opened, and the rain started to come down as hard and fast as Kaiser and Lemoine came down the track fighting for the gold. Lemoine threw down a huge barspin backflip on the first jump and then as the rain came down even harder further down the track, he opted for easier tricks to keep the run smooth and take the Speed & Style season gold medal sweep. He not only swept the season but also the day as the fastest qualifier on course, winning all of his heats all the way to the gold medal. 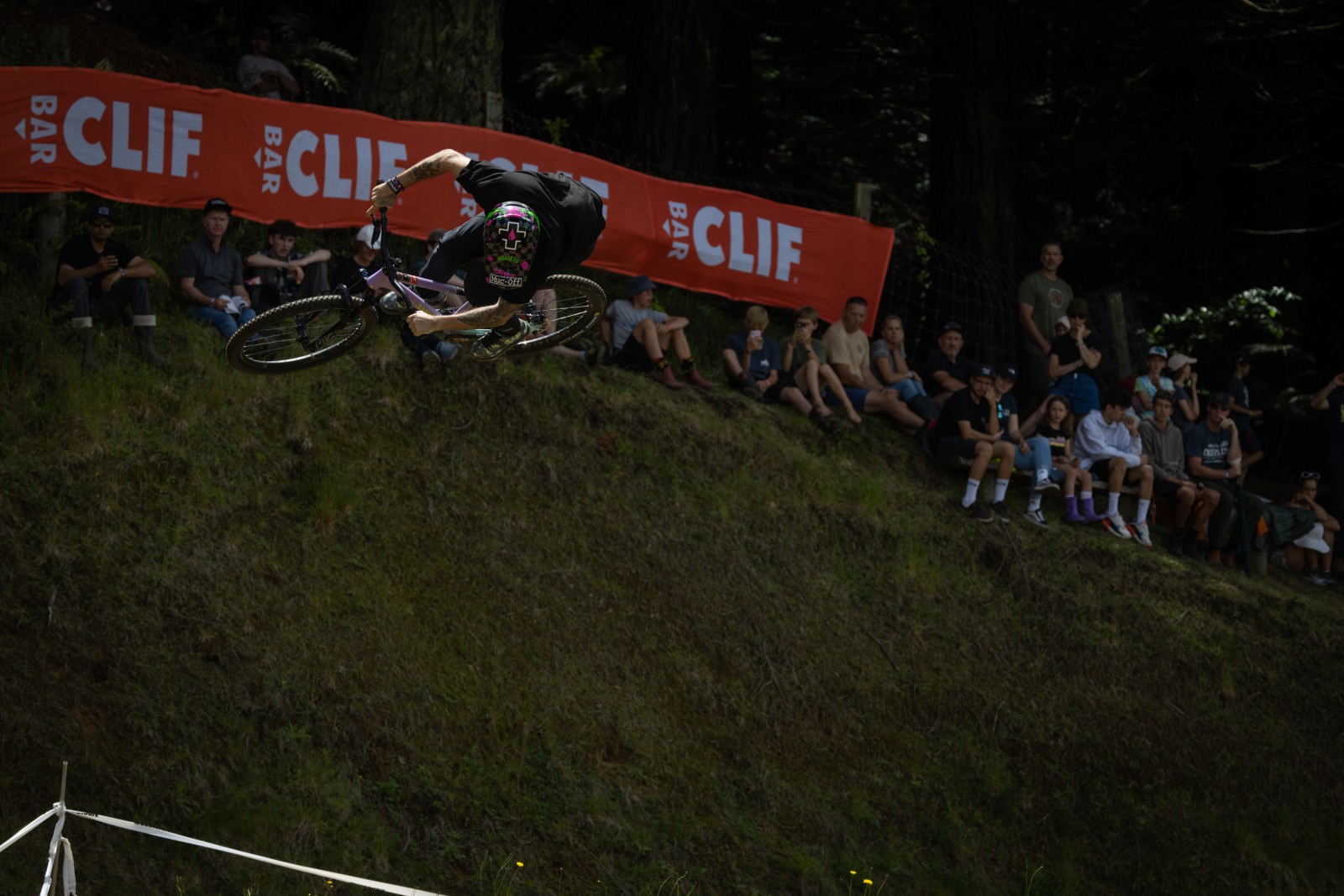 “I’m stoked but also kind of stressed for tomorrow,” Lemoine said of his victory today and thinking about Slopestyle on the horizon for tomorrow. “It’s going to be my first time ever dropping in to train the course on the same day as the contest. It’s going to be challenging, but this is what we are here for man. It’s the last Speed & Style of the season so I knew I couldn’t miss it. I love it, and wanted to give it a try and we will see what happens tomorrow in Slopestyle.”

Harriet Burbidge-Smith threw down her iconic backies, but it wasn’t enough for her to make it to the gold-medal match-up against Buchanan. Haz will take home the bronze medal today. Bas van Steenbergen was able to put it all on the line with his speed to add another medal to the collection with the bronze as well, wrapping up a big week at Crankworx Rotorua and a big year, having earned the 2023 King of Crankworx title.

“They did an incredible job with getting this course ready,” van Steenbergen said of today’s racing. “I definitely didn’t think we’d be racing today after all this rain, so hats off to all the trail builders. Stoked!” 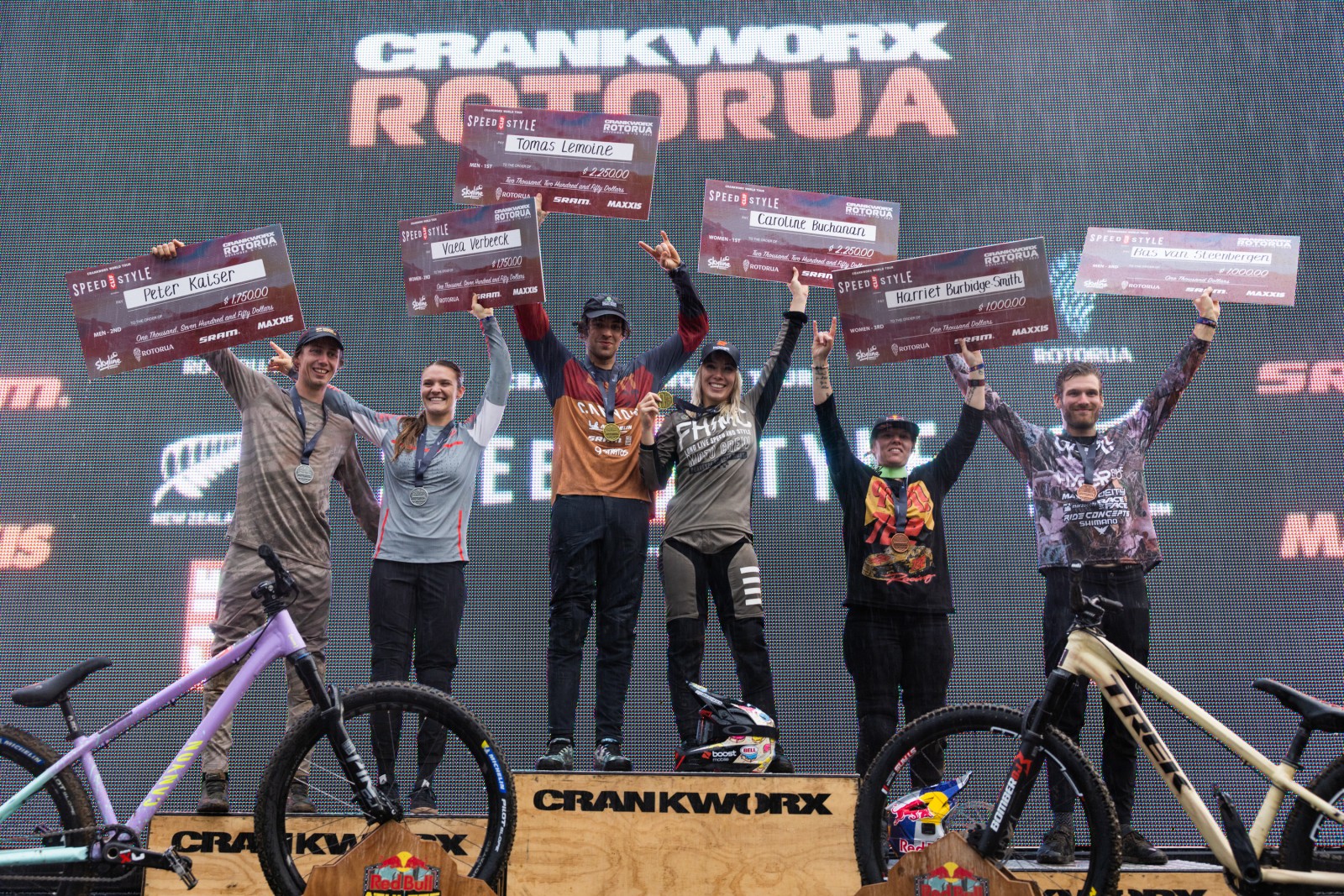 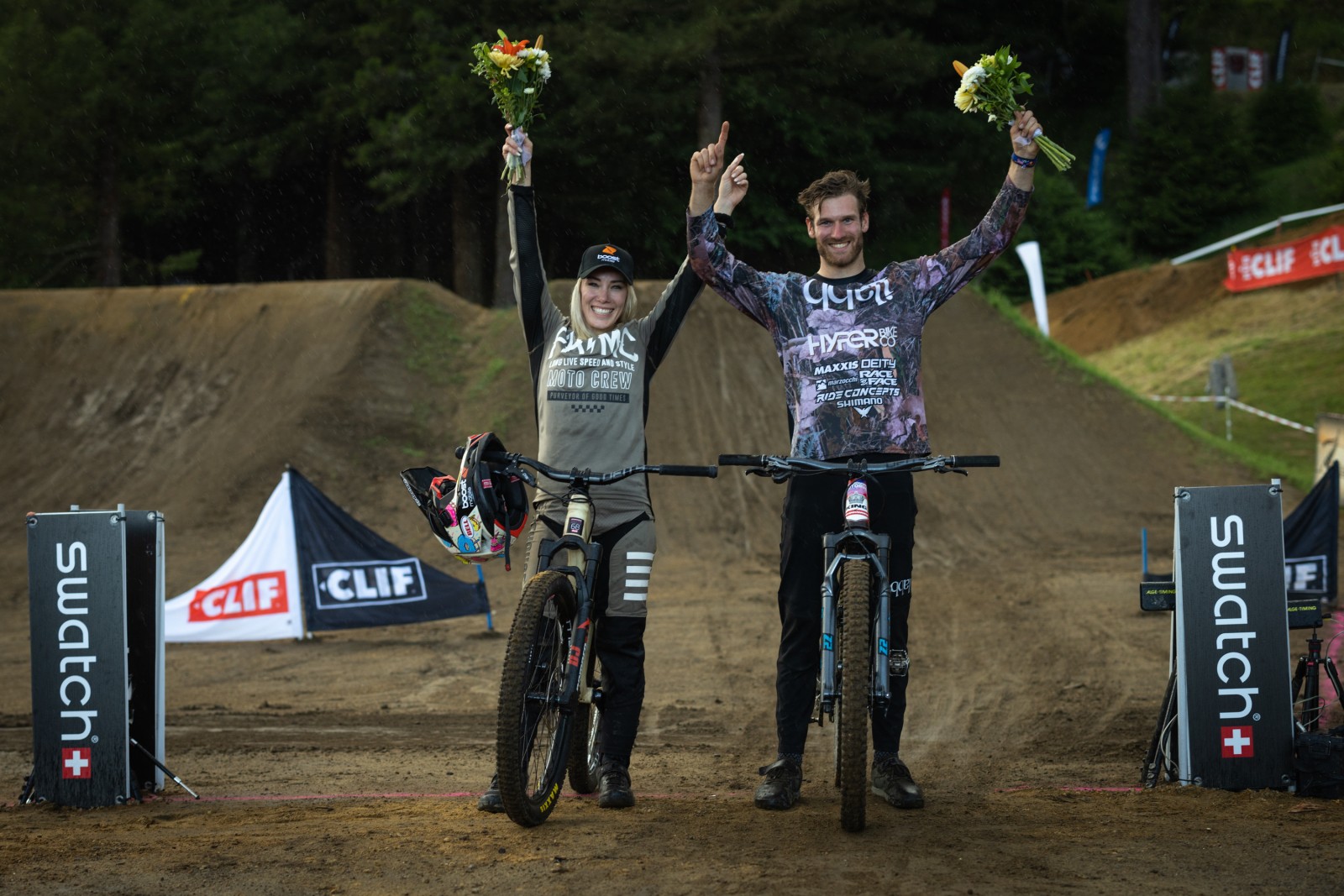 Tomas Lemoine will be competing in Slopestyle which will impact his points for the King of Crankworx rankings where the second and third place positions are still up for grabs. Many other huge names in the sport of Slopestyle tomorrow like Emil Johansson, Nicholi Rogatkin, Tim Bringer, Erik Fedko, and Griffin Paulson to name a few will be battling it out on the new altered course with interesting features. Make sure you catch all the action from home on Red Bull TV.

Stay tuned for updates on Crankworx Rotorua as they come, and stay up to date with all things Crankworx: crankworx.com.