sspomer
9/29/2011 7:54am
Although the last race of the season has only just taken place planning for the coming season is already under way. As always, the dates for next year are now being announced and will see the iXS European Downhill Cup in its 5th season and with 7 races. 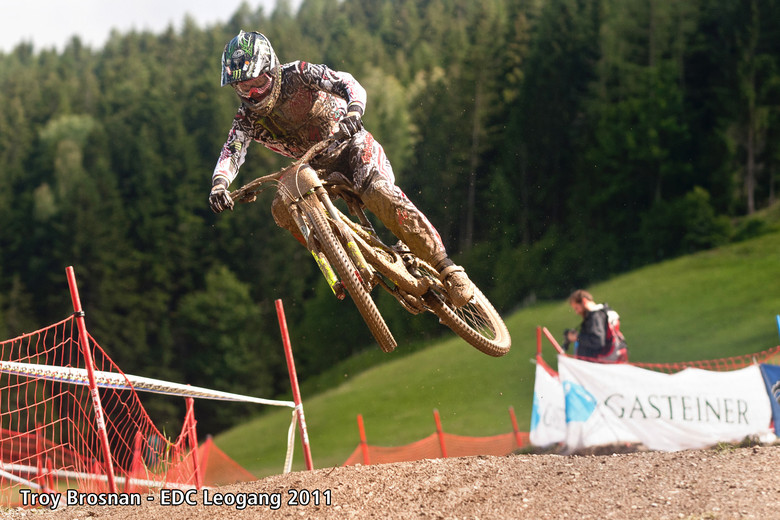 The 2011 Cup season saw the best ever European series. Standards were extremely high; many international top riders took part and the venues were the best each country had to offer. Next year will, however, see things taken to the next level, with the Cup returning to Innerleithen in Great Britain after a year’s break. The series will then cover seven countries.

Just as in 2011 the season will kick off in Monte Tamaro. Last year the venue, located in Switzerland’s Ticino region, with its course dug into the mountain by Claudio Caluori was an absolute winner. The first race of the year will show who’s made best use of the winter. The slower starters are bound to have problems, missing out on vital points for the overall rankings.

The second leg will take the downhill community to Leogang. Up until now it’s always been a World Cup location, but 2012 will see Leogang cranking things up a notch, with the Salzburger Land region hosting the World Championships. And what could be better for the first test run on the brand new World Cup downhill course than the iXS European Downhill Cup?

Innerleithen is scheduled as the third stop on the itinerary. Taking place exactly one week after the World Cup in Fort William and located just off the return route to the airport, the world elite will have yet another opportunity to catch up with each other. There’s not a lot more to be said on the subject of Innerleithen itself – after all, it’s one of Great Britain’s absolute top venues.

The fourth and thus middle race will take place in cycling nation Italy. Anyone who followed the event in 2011 will know that it was inevitable that the Cup would be returning to this location, with what is probably the most challenging course. Corrado Herin, himself a former professional competitor, will be ensuring that the 2012 course is once again breath-taking and thousands of enthusiastic Italian cycling fans will be ensuring that the atmosphere is also right.

At next the series will continue with a trip to Eastern Europe, when the Cup visits the land of wafer papers and Slivovitz for the third time. Despite this year’s poor weather the course, completely revamped for the 2011 series, was mind-blowing.

Right after the World Championships the series will head for downhill mecca Portes du Soleil; to be more exact, to Châtel in the French part of the region. 2012 will see the Cup returning for the fifth time, with the race taking place on the Bike Patrol course, not for nothing classed as a black run.

And for the grand finale, we’ll be revisiting a familiar old haunt. 2011 saw Todtnau finally break free of its narcolepsy and, after years of no races, the venue is back in business big time. The legendary course has been brought back to life and, who would have thought it, still goes downhill. Making it perfect for a race and, this time, without a return climb!