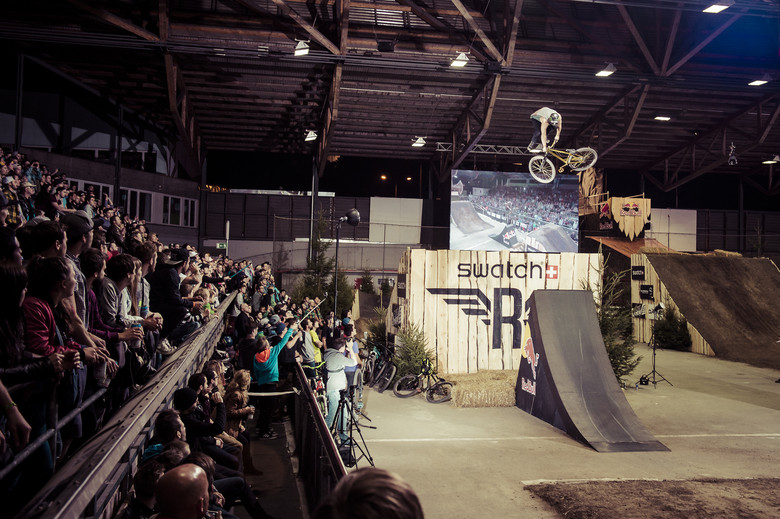 Ready for some sweet dirt jump action? Be sure to catch the live stream of the madness that is sure to be going down next weekend! -Fred

#swatchrocketair, 1. – 2. May 2015 in Thun, Switzerland. Official Silver Event of the FMB-World Tour

Thun, CH // April 27, 2015:The 2015 Swatch Rocket Air will mark the Sixth edition of this showcase event. Next weekend riders from all over the world will jump and trick their way through the Ice-rink of Thun. Last years winner Thomas Genon heads up a list of international riders including newcomer Nicholi Rogatkin who will be at the Swatch Rocket Air for the first time.

The theme for The 2015 Swatch Rocket Air is "Junkyard" and the Thunner Ice Skating Rink has literally been transformed into a junkyard, with various pieces of "junk" being integrated into the course, including an old airplane!! Ramon Hunziker, the course designer is excited to see what the riders can do with the course  "The riders can jump the airplane or bonk it with a wheel, I leave the creativity to the riders and see what  happens."

It is not only the new themes that influences the course design, each year the course is upgraded to offer the riders and the audience new attractions and different challenges. This year all eyes will be on Nicholi Rogatkin to see how he handles the course for the first time. After his First place at the Vienna Air King he can also  be seen as a favorite for the Swatch Rocket Air. Nicholi is very excited to compete having only heard the best about the Swatch Rocket Air so far.

"I was jealous of the competing riders when I watched last years live-stream“, Rogatkin says. On Friday he will be representing the US Team together with his colleges in the "Team battle", as they compete against last years winners Team Canada. But the biggest challenge for Rogatkin will certainly be the duel against Thomas Genon. The Belgian pushed himself for the first place last year and will certainly push himself harder this year. Rogatkin is motivated to ride with Genon: “We push each other to do more crazy tricks and awesome runs. I’m looking forward to riding against him and to see what he has to throw down.” There is not only the 10'000 CHF prize money to be won, but also the additional motivation of a Wildcard entry for the FMB Diamond Series Event Swatch Prime Line.

Beside the main event inside the ice skating rink, The Swatch Rocket Air offers various side events to cater  for all ages and levels of riding! Like-a-Bike Races, Pumptrack Racing and BMX Flatland Shows will entertain the public outside the ice skating rink. One spectacle not to miss will be the "Wallscrapers" who perform their acrobatic tricks on a trampoline, the runners up of this years casting show ‚Die grössten Schweizer Talente’ are happy to perform at the Swatch Rocket Air. "We are mainly into artistic gymnastics but open for all extreme sports“, says the leader of the Wallscrapers, Tobias Ernst. „ That is why we are really looking forward to be part of such an event.“ And who knows, maybe the riders can find some inspiration for new tricks!

For real fans that are over 16 years old there is a special ticket to purchase this year, The True Fan Ticket includes entry and party-ticket for Friday and Saturday as well as the Swatch Rocket Air Event shirt.

There are only 300 True Fan tickets available and they can be purchased at the Acefactory Bike shop in Thun for  80 CHF.

The final will be live-streamed at 20:00 (Swiss Time), Saturday evening on the Rocketair homepage rocketair.ch and will broadcast a replay of the Finals on Tuesday at 19:00 in its full length. 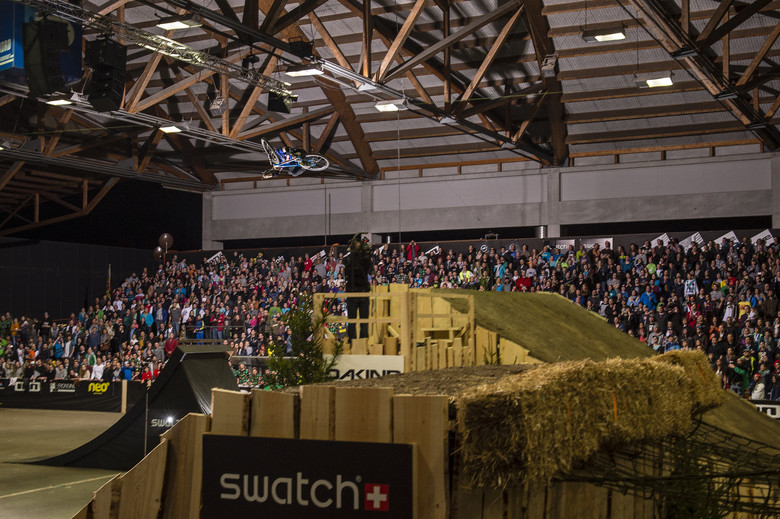