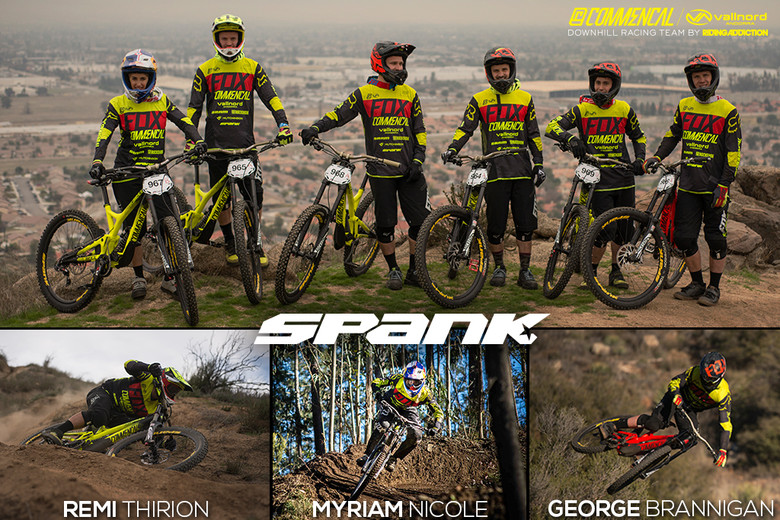 While Spank Industries has had a considerable presence in the UCI World Cup for over a decade, 2016 marks some exciting additions to their DH race program and product development team. Going into Lourdes, France, Spank proudly announced a new partnership with Commencal/Vallnord Riding Addiction, featuring World Cup stars Remi Thirion, George Brannigan, and Myriam Nicole. Riding Addiction worked with Spank this off season on their new DH wheelset, the Spike Race33, along with tire sponsors Hutchinson, to bring what Spank claims to be the highest level of tubeless security available, second generation Bead Bite(TM). Bead Bite rims have rows of interlocking ridges on the vertical and horizontal walls of the bead seats, which increase frictional forces on the tire bead, and create multiple air seals between the tire and rim. 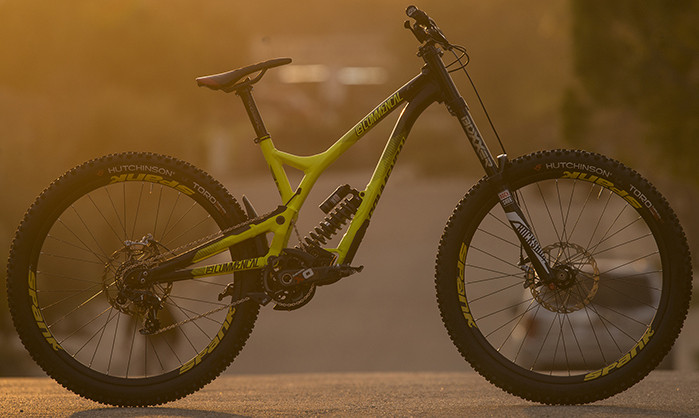 Over the years we've seen some really interesting technologies come out of the Spank Industries stable, most recently the VIBROCORE impulse and fatigue damping system found in their top level handlebars, which was developed hand in hand with Fabien Cousinie, and Mick and Tracey Hannah, of the Polygon UR Team.  Spank President Gavin Michael Vos had this to say; "The relationships we have with our sponsored riders allow us to develop innovative product effectively and responsibly. We sponsor World Cup teams, FMB athletes, Enduro racers and ambassadors, as well as nurture a number of Grassroots riders and teams around the world. This affords us the opportunity to engage and to get direct feedback on where the market is going, and what demands are placed on the products. We work as closely as possible with our riders to isolate what problems they have with components, and what desires they have for new products, and we get them directly involved with the development and testing process. We see this as an essential element in both our brand's ability to stay ahead, and to give something back by ensuring that we're growing the sport." 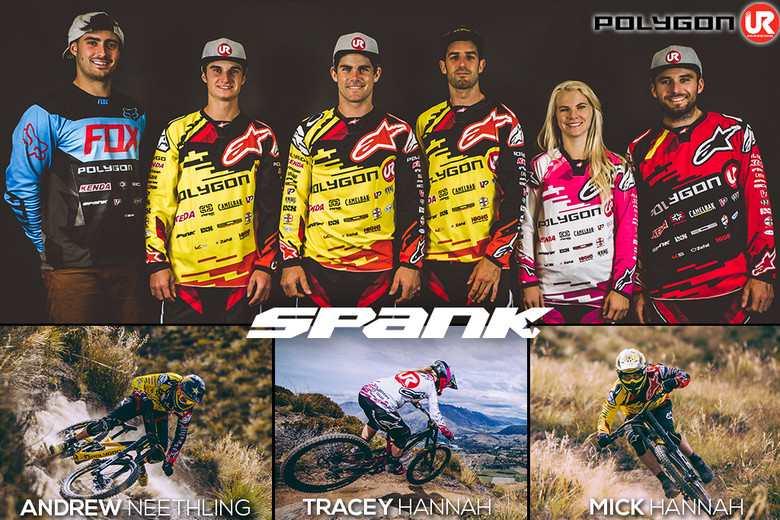 Continuing with the Spank Industries' program in 2016 is the UR Team roster, including Australian DH legends the Hannahs, and South African Andrew Neethling. Spank is one of the original sponsors of UR Team owner/manager Fabien Cousinie's squad and it could easily be said the two have grown up together over the years.

Aside from Riding Addiction and UR Team, Spank Industries supports a strong group of up and coming teams and privateers on the World Cup from all over the world. Keep your eyes on riders from the Swiss Downhill Syndicate Team, as well as Rose Bikes new team, RRP led by iXS Cup and Austrian National Champion David Trummer. 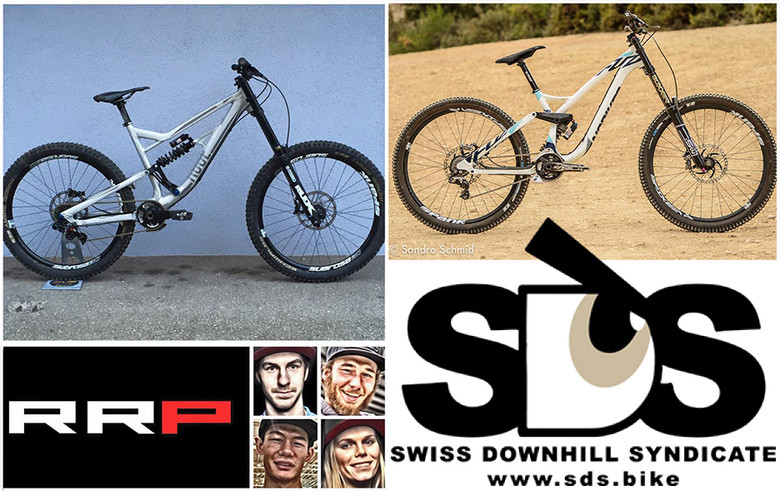 Spank would also like to make a special call out to the Brazilian Whip-master Bernardo Cruz, and Canadian hopeful Forrest Riesco, who rose up through Spank's grassroots program, going full pro in 2014 when he entered the World Cup.