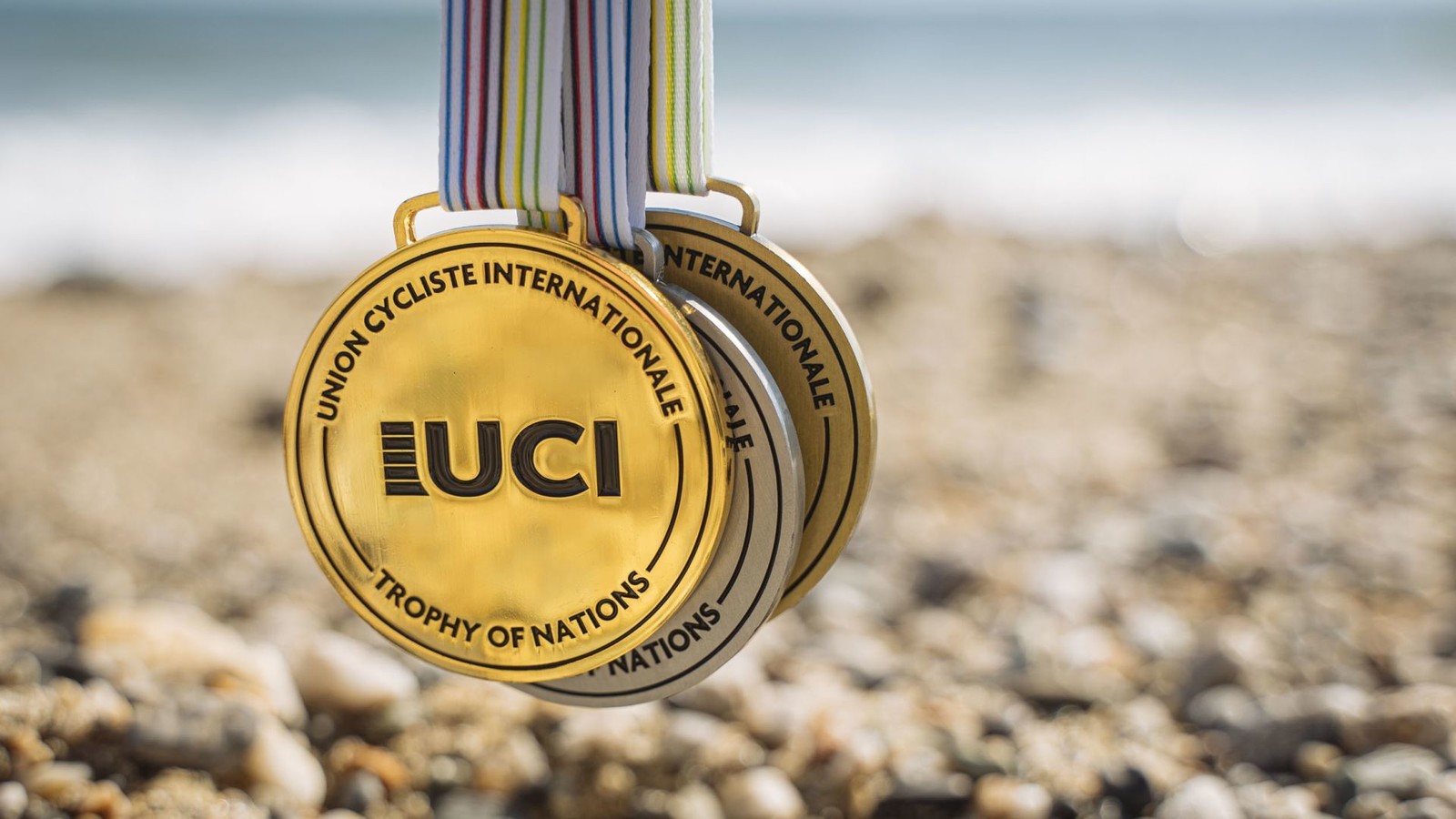 The Bluegrass Trophy of Nations powered by SRAM marked a new chapter in the story of the Enduro World Series.

For the first time in the history of the enduro mountain bike racing, UCI jerseys and medals were on offer - and their prestige was reflected in the intensity of the racing on display on Finale’s iconic trails. As riders worked together in teams of three with their fellow country men and women, the sport was turned on its head as personal ambitions were shed in pursuit of national pride. 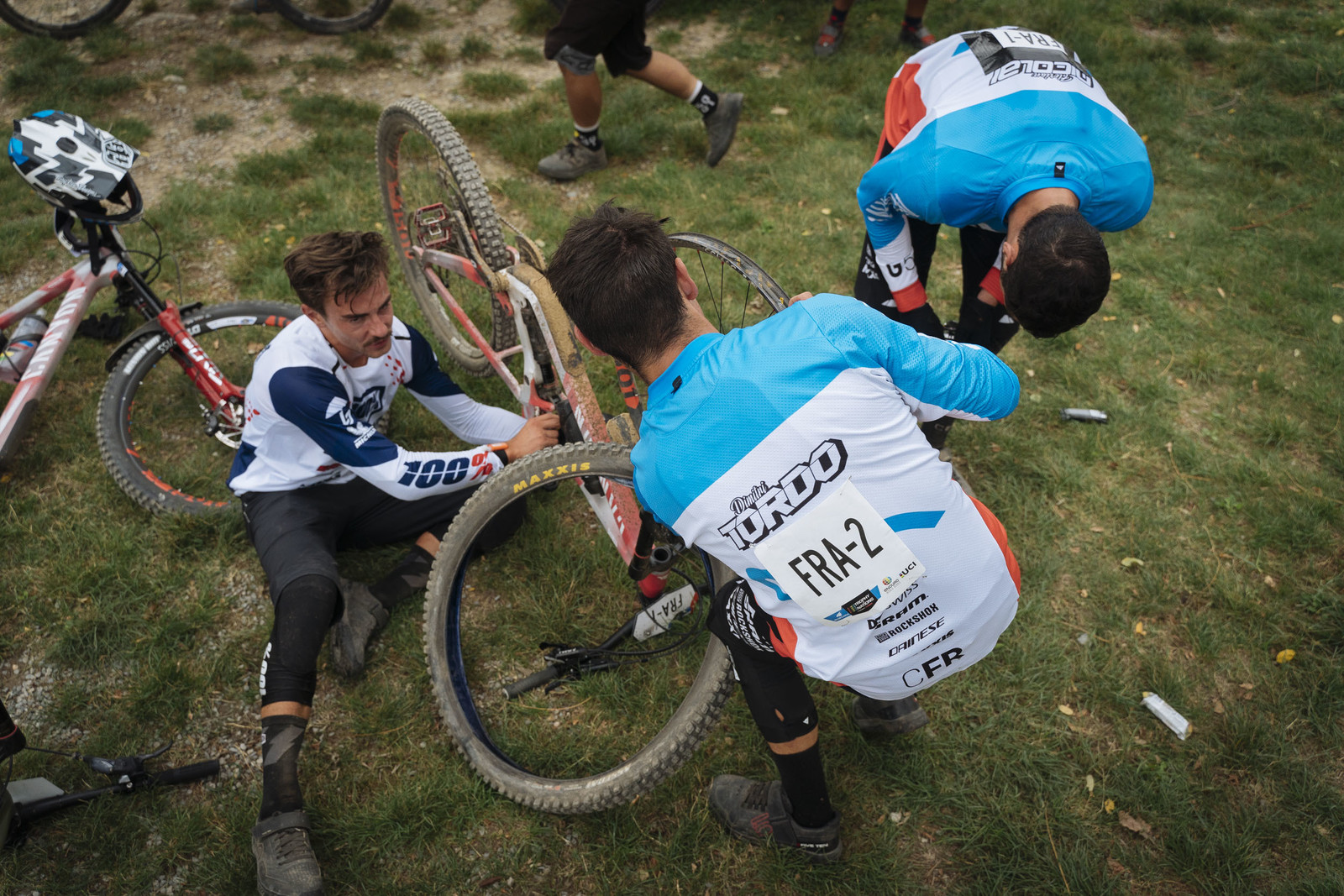 Five stages high in the Ligurian hills stood between the racers and the podium, and 24 different nationalities battled it out in front of thousands of fans who lined the track to cheer on their home nations. In the men’s competition, the much hyped French Team’s hopes were dashed when Florian Nicolai (Canyon Factory Racing) flatted on the very first stage. 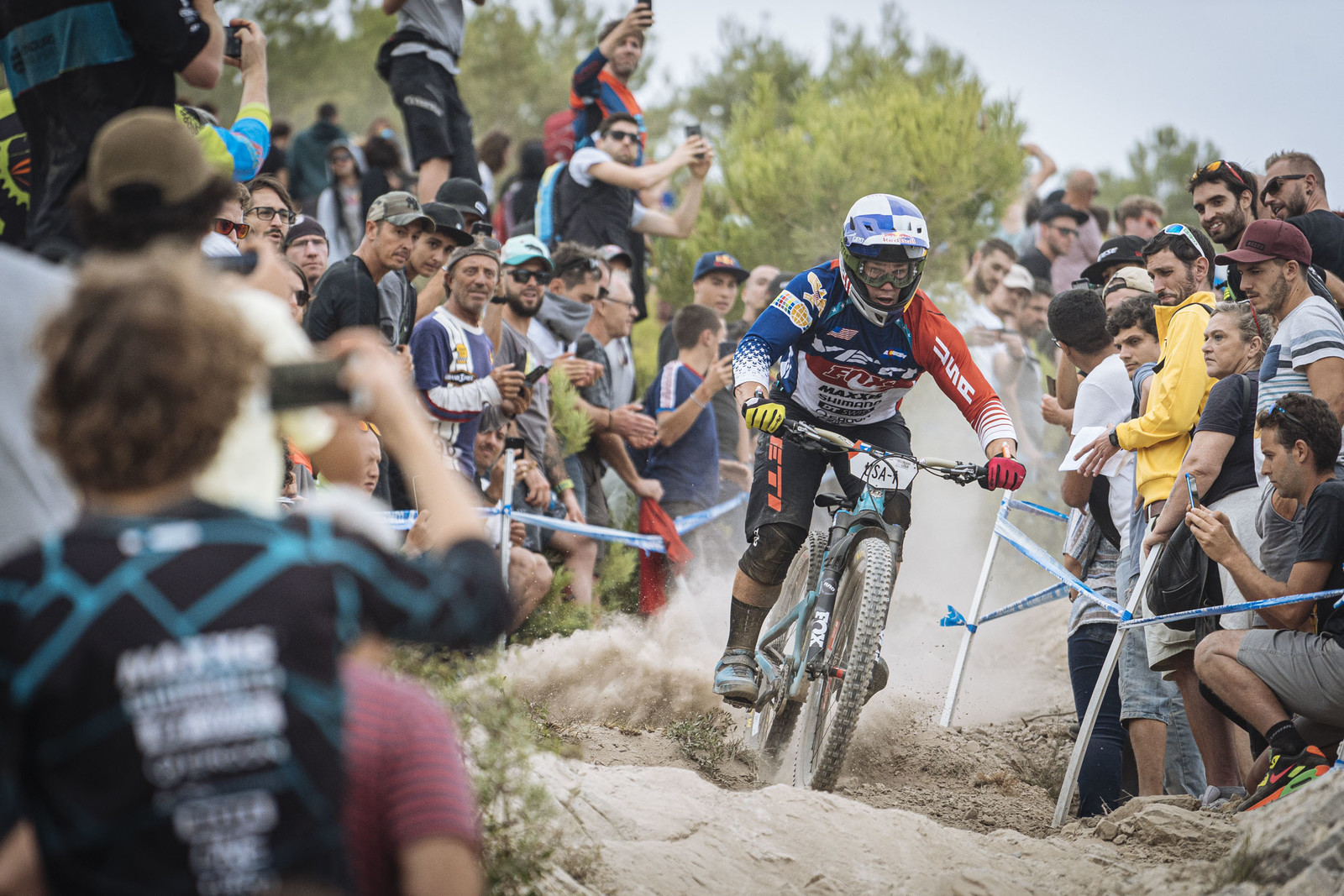 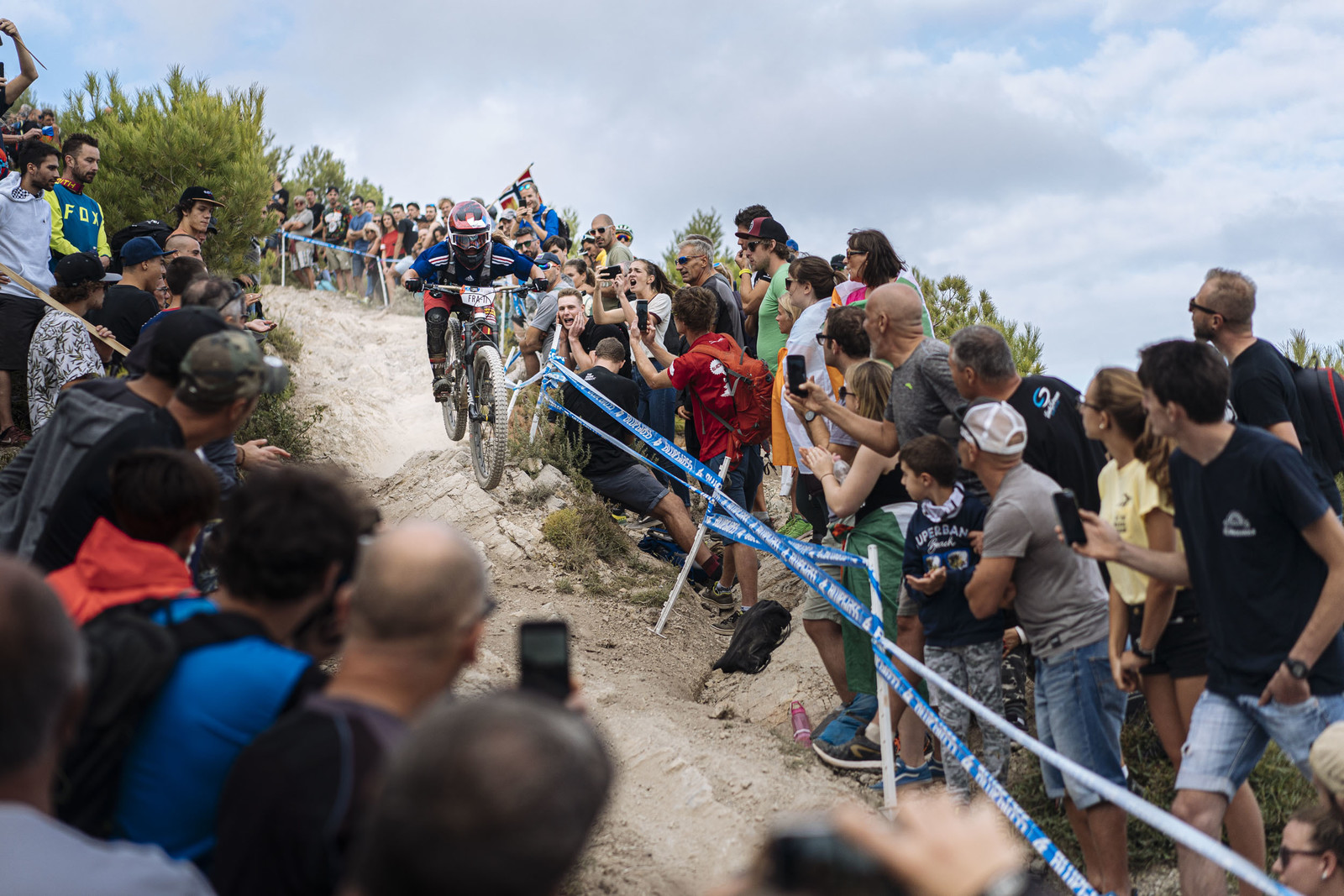 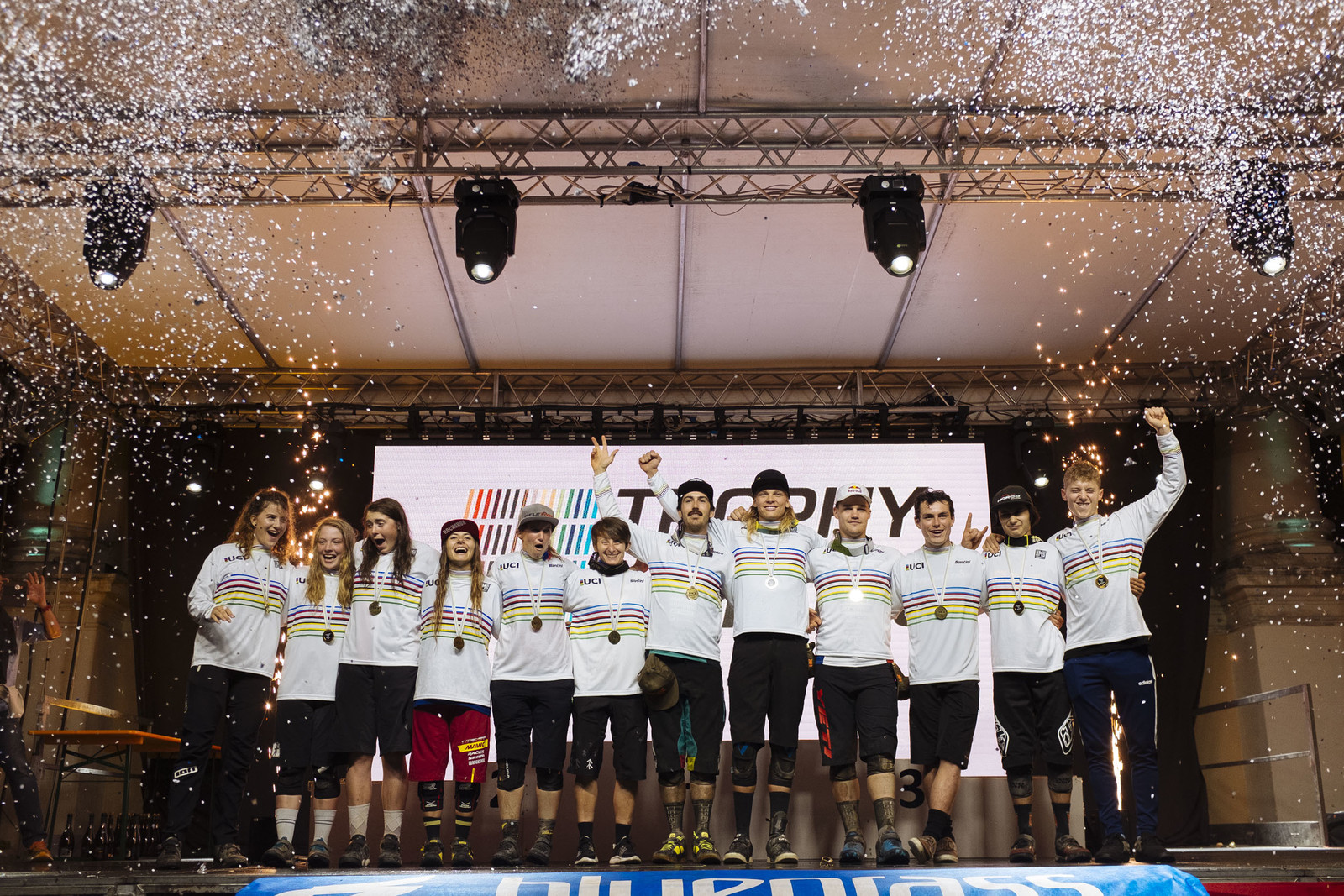 In the U21 competition Team New Zealand blew away the competition, with the combination of Brady Stone, John Richardson (BBCL NZ Arapi Enduro Team) and Nils Heiniger proving unstoppable. Team Italy, (Hannes Alber, Simone Pelissero, Matteo Saccon) delighted their home crowd with a second place finish, with Canada in third after fielding a team of Kasper Woolley, Jacob Tooke and Evan Wall. Team Great Britain was triumphant in the U21 Women - with Harriet Harnden, Ellen Flewitt and Polly Henderson leading from stage one and holding it throughout the race. Team USA (Anna Newkirk, Lauren Bingham and Isabella Naughton) finished in second.

There was also an Industry Trophy on offer - with some of the biggest brands in mountain biking out to prove they were the fastest in the business. In the men’s competition Julbo Eyewear fielded an unbeatable team of Jerome Clementz, Fabien Barel and Francois Bailly Maitre. In second place was Ibis Cycles, featuring Lewis Buchanan, Niklas Wallner and Evan Geankoplis. E*13 Urge BP Enduro Team took third with their team of Clement Benoit, Theo Dumas and Baptiste Gaillot.

In the women’s Industry Trophy it was the aptly named Les Trois Baguettes (Julie Duvert, Estelle Charles and Morgane Jonnier) who took the win ahead of the Vittoria Team Girls (Alessia Missiaggia, Francesca Luccini, Virginia Cancellieri). In the mixed category Tribe Rocky France-Urge BP scooped the win with their team of Levy Batista, Charlotte Rey and Irenee Menjou. Second place went to Marin Bikes who fielded a team of Matt Jones, Morgane Such and Jonny Ashelford with Team Lapierre in third - Nico Vouilloz, Chloe Gallean and Yannick Pontal.

Chris Ball, Director of the Enduro World Series, said: “What an incredible weekend of sport. It’s been amazing to see the riders embrace the team format and work together, and to see the winning teams on the podium wearing those jerseys and medals. It marks the start of a very exciting new event to the EWS calendar.”

photos and text provided by the Enduro World Series 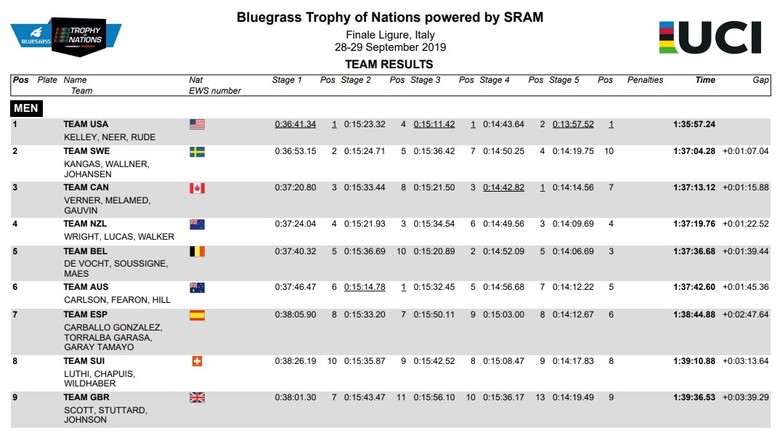 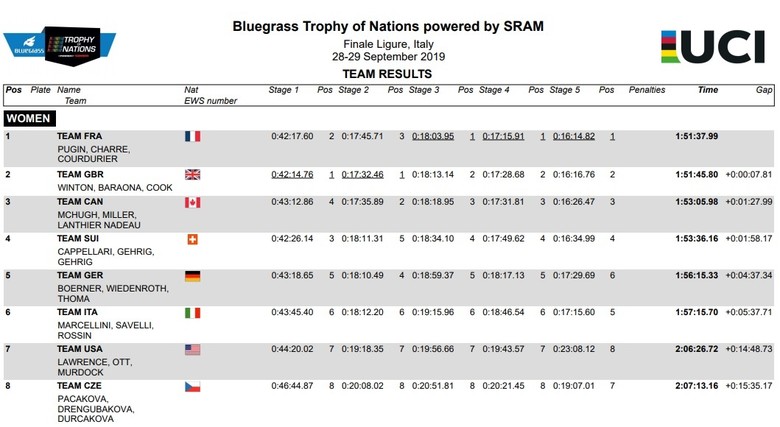