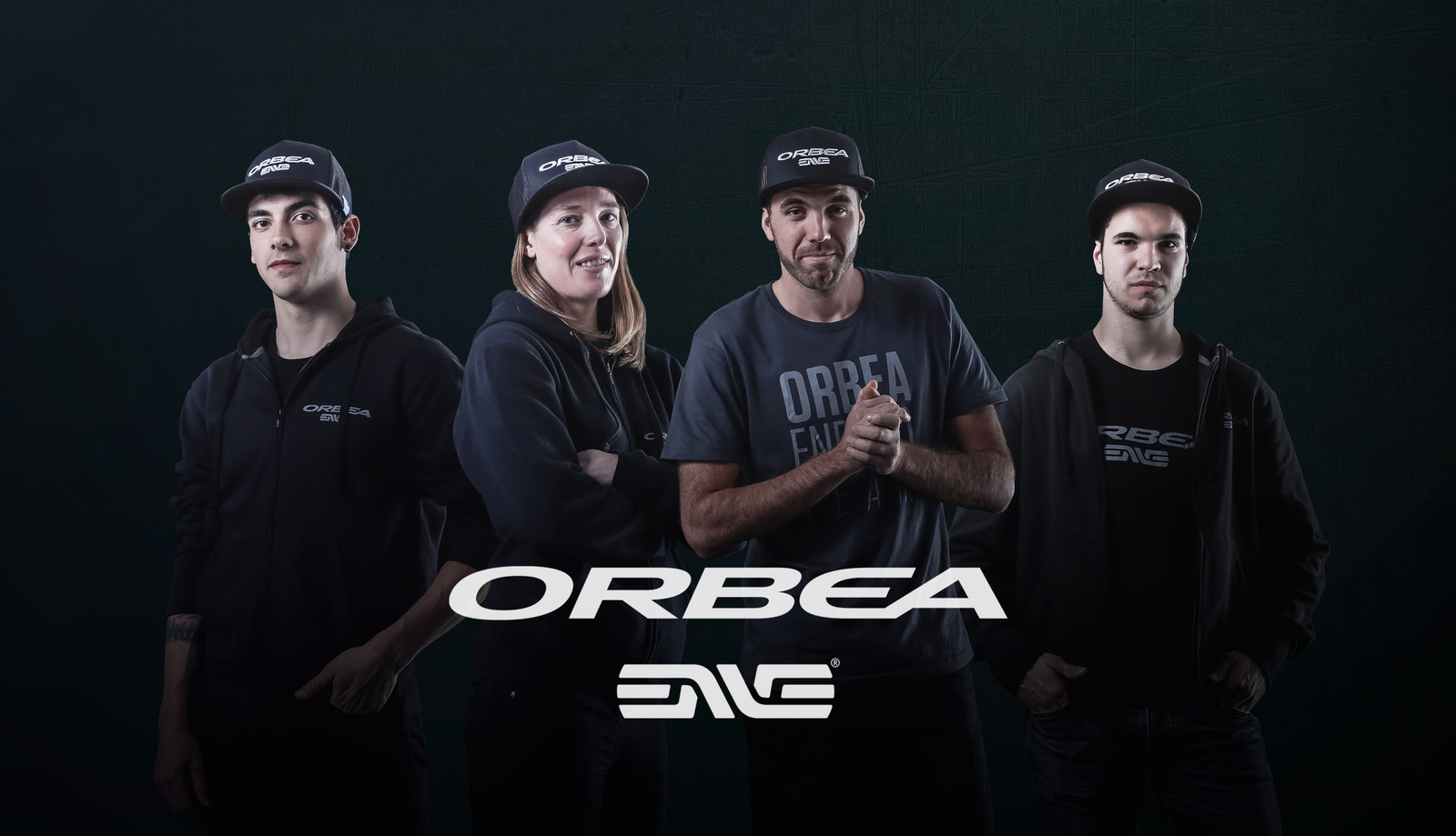 Orbea is excited to return to the Enduro World Series with an international team competing in the most demanding races riding a machine designed for speed: the Rallon R5.

Enduro is not new to Orbea or our flagship Rallon, but 2018 marks the birth of our full commitment to the EWS in the form of the Orbea Enduro Team. This group of riders and partners has been assembled to tackle a full season of the world’s most important competitions in a discipline we’re all passionate about. Our aim is to let you experience EWS competition from the inside, fighting for the podium in the spotlight of the biggest international events.

Want to meet our new team?

The Riders: Our four Aces

If you’re a die-hard enduro fan, you may already know their names. They're racers who bring previous successes with the unlimited potential to grow even more. They have a lot in common - they’ve all been molded in Downhill, BMX and XC competition and they are experienced in the EWS circuit. They already know what it’s like to climb the podium and they share a hunger for victory. 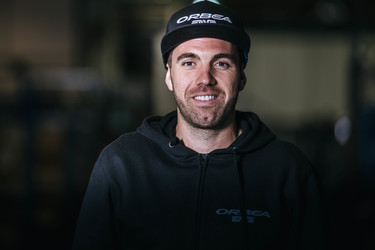 For Thomas, being part of the Orbea family is a “dream come true.” A fan of Julien Absalon “who is the best French mountain bike XCO cyclist in history,” he remembers Julien’s multiple World Championships and Olympic Gold won with the Orbea Racing Team. It’s those memories of a French hero and Orbea’s history of competition that make him feel one step closer to “feeling like that kid who dreamed about becoming a great racer.”

The French rider is a real fan of bicycles in any form: “Every time I climb on a bike, I think that today I’m going to have my best experience,” and among his attributes he cites his mental strength. He’s a conscientious rider who pays close attention to the technical and physical aspects of his preparation. “I always strive to give the best of myself in every situation and to continue to learn. I love testing my skills in every element and finding that ideal sensation with my bicycle that lets me ride the perfect race.”

Thomas’ goal is to place in the Top 10 of the EWS. 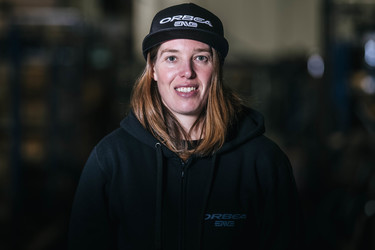 Becky is one of the top bikers on the women’s enduro circuit, which is pretty impressive considering that she’s only been competing for a little over two years in this discipline. Becky comes from the world of observed trials, but since the very beginning of her enduro career the British rider has stood out among the best in this specialty. At her debut in Wales in 2015, she came away with the victory!

In 2017, she managed to finish in the Top 10 of the EWS rankings in her first attempt at the full schedule. That’s quite an achievement, and one she wants to better this season. “I would like to improve on that ninth place in the overall rankings and try to come in the Top 5 in more races. After that...Who knows? The competition in the women’s category is fierce, so it will be an interesting battle. I can’t wait to get started!” she explains.

Becky understands very clearly why she has decided to join this project:“The people behind this group love enduro… Having an incredible bike and a great team supporting me in the races has made it a very easy decision,” 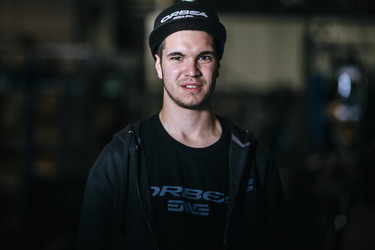 The Spanish Enduro Champion describes himself as “tenacious” and “constant,” two qualities that can be seen in the way he goes all-out. His attacking DH style is evident - he flows through terrain like water and demonstrates power and intelligence typical of riders with many more years of experience.

“My main goal will be to defend my title as Spanish Champion,” comments Gabriel, who will also compete in every race on the Enduro World Series calendar. Born in Riglos (Huesca) Gabriel has shaped his passion for enduro in the Pyrenees and is ready for racing on the global stage of the EWS: “We have managed to form a very competitive team, in terms of both the cyclists and the brands that support us. I think everyone is very committed and very eager,” 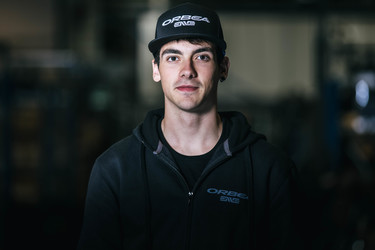 Besides competing in the EWS, the young racer from Biescas (Huesca) will be one of the favorites at the Spanish Enduro Championships. Those who know him well understand that he is crazy about enduro and being outdoors, which he defines as his “second home.” Maybe that is why he has become one of the most promising racers in Spain.

This is Javier's first experience on a professional team and he confesses that he is very excited. “Being able to share my experiences with riders like Thomas and Becky will be very rewarding. I am more motivated than ever to be faster every day,”

To reach its goals, the team will rely on the fifth generation of our Rallon enduro machine - A bicycle that has impressed riders and the media since it was presented in the Pyrenees last June. The special nature of Rallon is immediately apparent, and the positive impressions are shared by the members of the Orbea Enduro Team:

“It’s terrific; it’s the fastest bike I have ever tested. It has a pedaling efficiency that I have never seen before. I am very happy with the Rallon - I've already recorded some times and the truth is that they are very good,” Gabriel explains.

Thomas highlights the versatility of Rallon, “My first impression was to say, ‘Wow, I’m speechless… It’s everything that I’m looking for in a competition bike: it’s fast, smooth, stable and easy to ride,” he continues, “It’s a beast that pushes you along to go faster and harder. If you give it something to eat, it’s happy and will do what you want,”

Javier agrees with his teammate in pointing out the great response Rallon has on every type of terrain.“It’s impressive and super versatile: it descends super well and if you need to pedal hard, it does that too. The truth is that it has surprised me.”

Becky joins her teammates saying, “it is an impressive bike: I can’t wait to race it.” 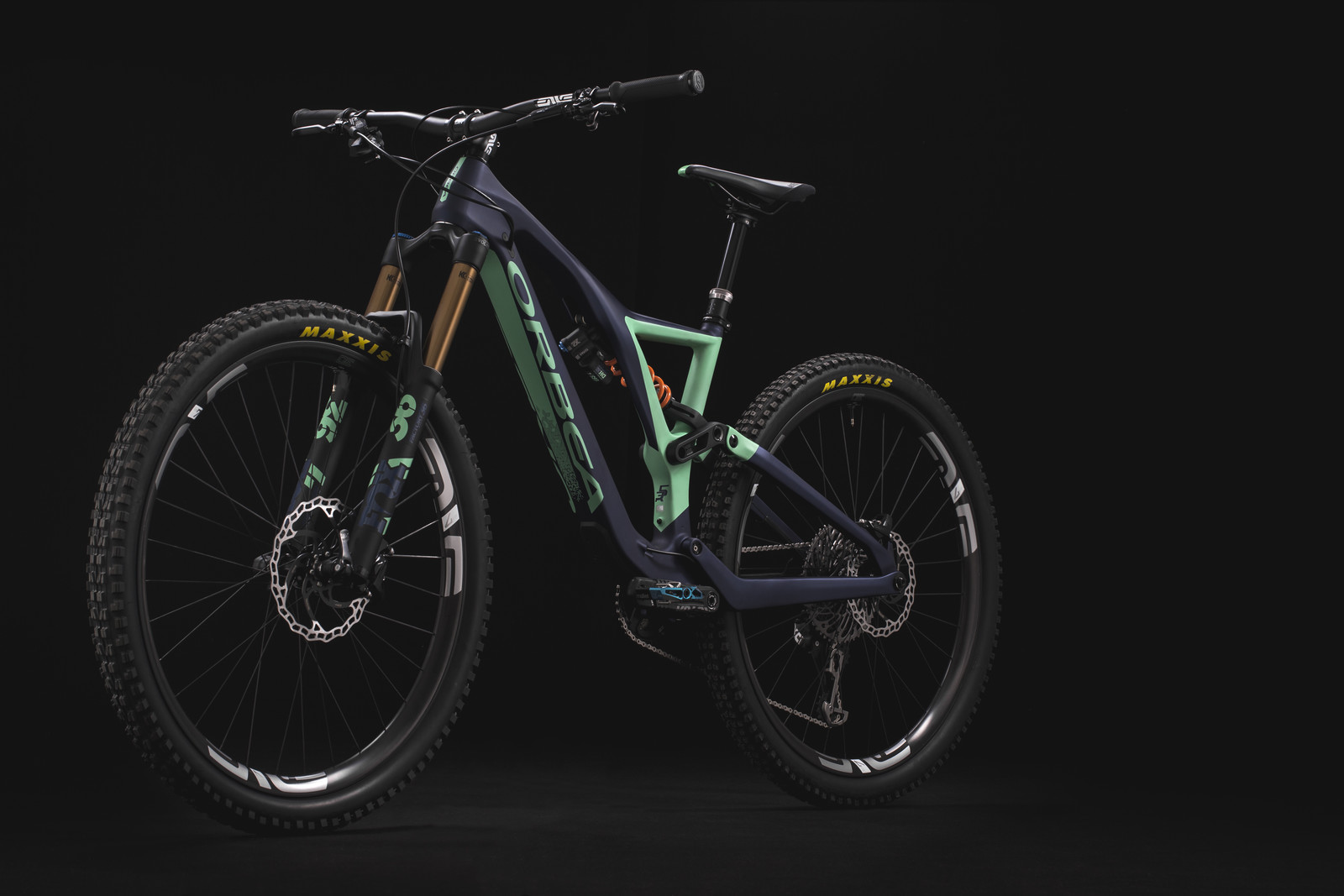 The Staff and Partners: The Cornerstone of the Orbea Enduro Team

The Orbea Enduro Team will be accompanied by a top-notch staff, led by Julien Brugeas as team manager. Julien has been a mechanic for Orbea Racing Team and later worked extensively with the LUNA and Clif Bar Pro Teams. There, he was one of the keys to the team’s success in the world of Elite XCO over the years. He has supported top-level athletes at the World Cup and Cross Country Championships and the Rio Olympic Games of 2016.

Joining Orbea in the huge task of fielding a top-notch racing program are several industry partners who share our passion and enthusiasm. The Orbea Enduro Team is more than a side-project for them, they are throwing their full effort behind the team and their support can not be understated:

Our debut in the Andes

The Orbea Enduro Team will debut in the Andes-Pacífico (February 12-18 in Chile), a demanding five-day enduro race that begins in the Andes mountains and ends on the Pacific coast. Afterwards, the team will take on all the events of the EWS:

More information about the team at orbea.com

View replies to: Orbea Enduro Team - The beginning of Enduralin