10-time World Champion Nicolas Vouilloz was injured towards to the end of the 2013 season (scaphoid fracture as well as having his left knee ligaments operated on), and he was only just now getting back to training seriously. Unfortunately, he just had what sounds like one of those silly falls that ended up taking out his other knee. 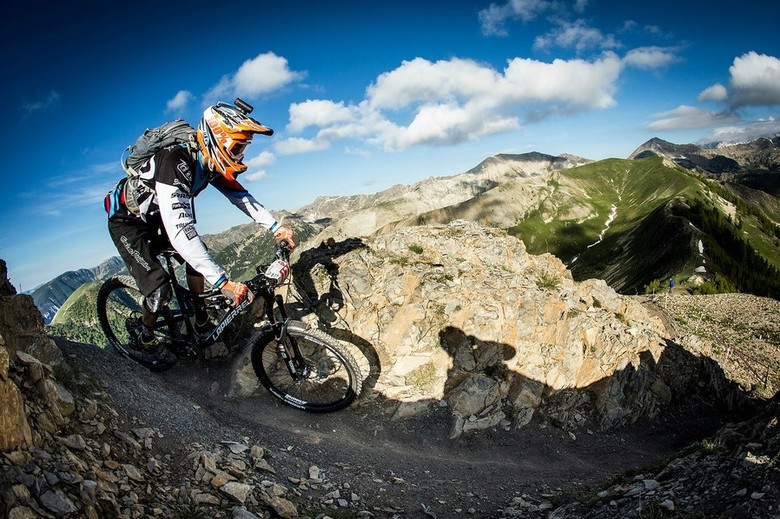 "I hurt myself a fortnight ago and was operated on last week. It was during one of my first MTB rides in five months. I was on an XC bike and I lost balance in a slow technical section, catching my shorts on my saddle. I fell on the downslope on the opposite side to that which had been operated, my leg tensed up, and craaaack!" said Nico."Internal lateral ligament partially torn, meniscus damaged. As I already had no cruciate ligament, all the medical experts advised me to have this added on, as I wouldn’t get very far with both ligaments missing! I therefore decided to go for an operation with a synthetic ligament, that should have a fast recovery, we’ll see."

Nico will therefore not be present at the first round of the Enduro World Series in Chile at the end of April, but he is aiming for the the 2nd round at the Tweedlove festival in Scotland at the end of May.

We wish Nico a speedy recovery and look forward to seeing him back on the bike soon. You can check in with Nico on his facebook page : http://www.facebook.com/nicovouilloz