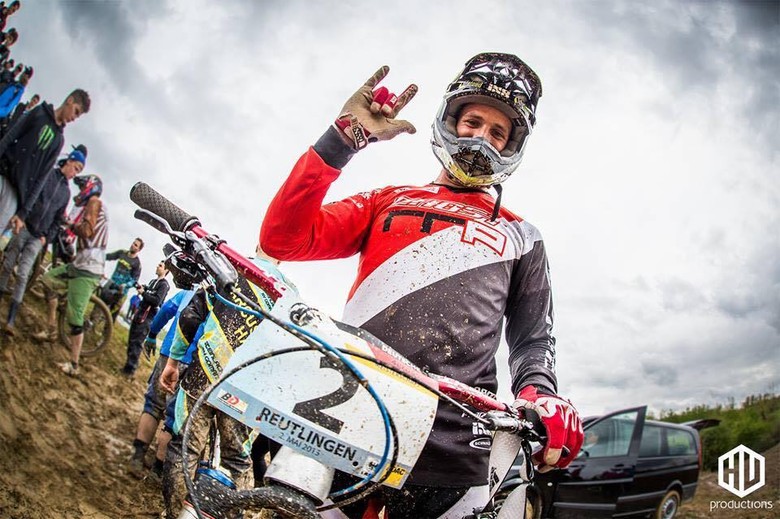 Johannes Fischbach claims his 3rd German Four-Cross Champion title on what looked to be a greasy mess of a race weekend. - Fred

Initially, the competition was not part of Johannes’ race schedule because he was slated to participate in the City Downhill World Tour event in Poland. But since the event coordinator canceled on short notice, “Fischi” decided not to take the weekend off and to compete at the German 4X Championships in Reutlingen.

The 4X track in Reutlingen counts as one of the genuine originals among German mountain bike tracks and has continuously evolved over the years. First, it was modified from Dual to 4X, followed by another major reconstruction in order to make it even more challenging. “I still really like riding 4X, so I just went there and tried to capture the title. It was a total mud race, which made the track very technical. During qualifying I had a small problem with my bike, and had to be content with my runner-up finish,” said Fischi after the race.

Thankfully, Johannes was able to fix the problem before the start of the final and managed to get himself positioned in second place immediately after the start. Fischi felt good on the track and was able to pass in the second turn. He dominated the rest of the race and claimed his fifth 4X German Championship title.

“It was really fun to compete in a Four-Cross race again for a change. Naturally, I am very happy about the Championship title as well!” - Johannes Fischbach