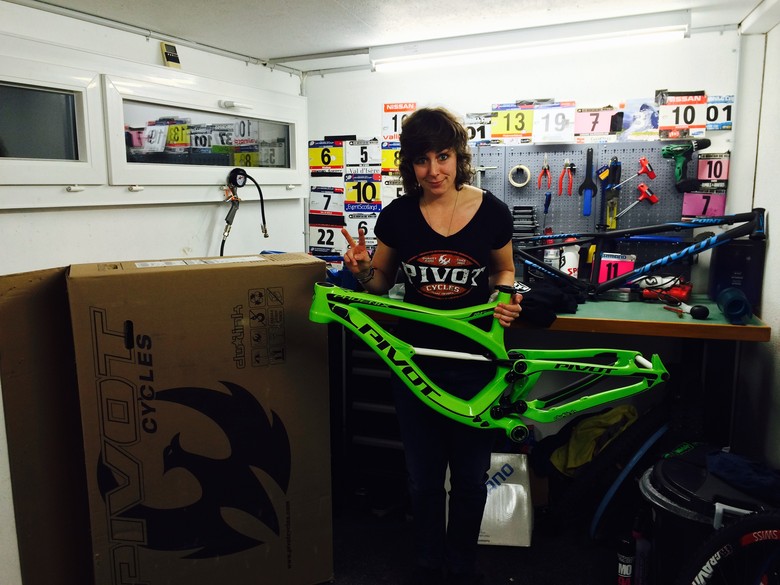 2014 was a solid year for the Pivot DH Race Team. Eliot Jackson made his comeback to racing, bringing with it his career best of 25th at the Cairns World Cup as well as pleasing crowds worldwide with his ever-rad style, and Bernard Kerr had a great year with a 3rd in speed & style at Crankworx Europe, narrowly missing out on winning the Whip-Off as well as finishing 4th in the Canadian open at Crankworx Whistler.

For 2015 we are pleased to announce the new addition of Emilie Siegenthaler, the current Swiss Champion and previous World Cup podium rider.

The trio are super excited for the next 2 years on board the new Pivot Phoenix 275 as well as partnering with FOX suspension who have worked closely with Pivot to make sure the bike is working to its absolute best with regards to suspension.

Emile said "A lot of changes happened for me lately... And after a rather hard season in 2014, i really needed a team that would stay behind me no matter what. I felt the enthusiasm right away talking to the Bernard and Eliot, who are riders I always admired. Having the whole Pivot crew supporting me for the next two years will hopefully give me the wings I was missing last year to step on the podium more regularly at World Cups. The bike played a big role in my decision as well: I'm already in love with the Phoenix Carbon and can't wait to race with it next year! I'm so grateful for the opportunity to be on such a fun team!"

The Team will be competing at all of the World Cup rounds as well as all 3 Crankworx events and some IXS European Cups among any other events that may cross their paths such as the Bratislava City DH World Tour. If you are at any of the events make sure you stop by to say Hi and talk to the Team!

Watch out for videos coming soon and keep up to date on instagram with: @eliotjackson @emi_fatima @bernard_kerr.