ENVE have been offering both XC and AM versions of its 27.5 rim for a while - but now the company is releasing a DH-specific version too, which is further testament to the fact that 27.5 is being taken very seriously for DH across the industry. 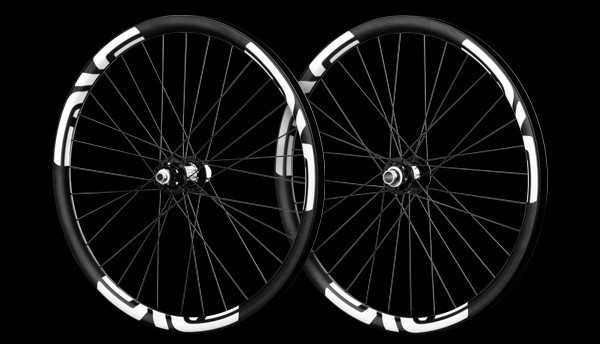 "The introduction and rapid adoption of the 27.5" wheel size has fostered a healthy debate within our industry regarding the motives behind introducing yet another wheel size. We committed to developing 27.5 for the long-travel mountain crowd because it simply improves the ride experience, and that is what ENVE is all about." said ENVE Marketing Manager Jake Pantone.

ENVE's 26" DH rims were introduced to the public after years of research, development, and ride testing under various athletes including the Santa Cruz Syndicate team. According to ENVE, the main catalyst that dictates whether a product will go into production is that it must first exceed the performance of alloy designs, and then that of competing composite designs. 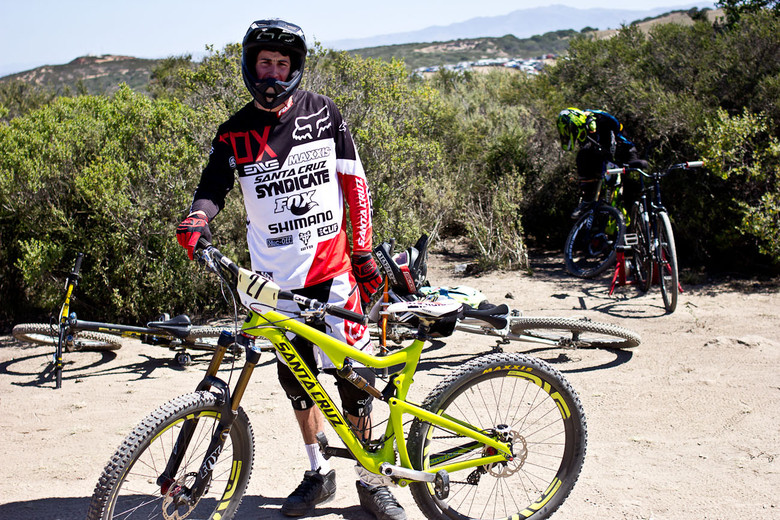 ENVE's VP of Operations and former Pro Downhiller Joe Stanish commented, "Downhill racing has evolved to a level of precision where a one-percent gain in efficiency will be the difference between a World Championship and being off the podium. If bigger wheels go faster every downhill racer will be on them sooner than later. The development and release of our 27.5" downhill rim shows you where ENVE thinks DH racing is going."

The ENVE DH is designed to perform at the top levels of downhill racing. The high performance nature of this rim is attributed to a proprietary manufacturing process, targeted laminate, and a purpose driven design. The ENVE DH rim is 31 mm deep, weighs 540 grams, and features a 21mm inner bead to bead width making it the ideal platform for wide downhill tires. ENVE's 27.5 DH Rims retail for $999/rim and $2750 as complete wheel sets built using DT Swiss or Chris King hubs and will begin shipping in June 2013. 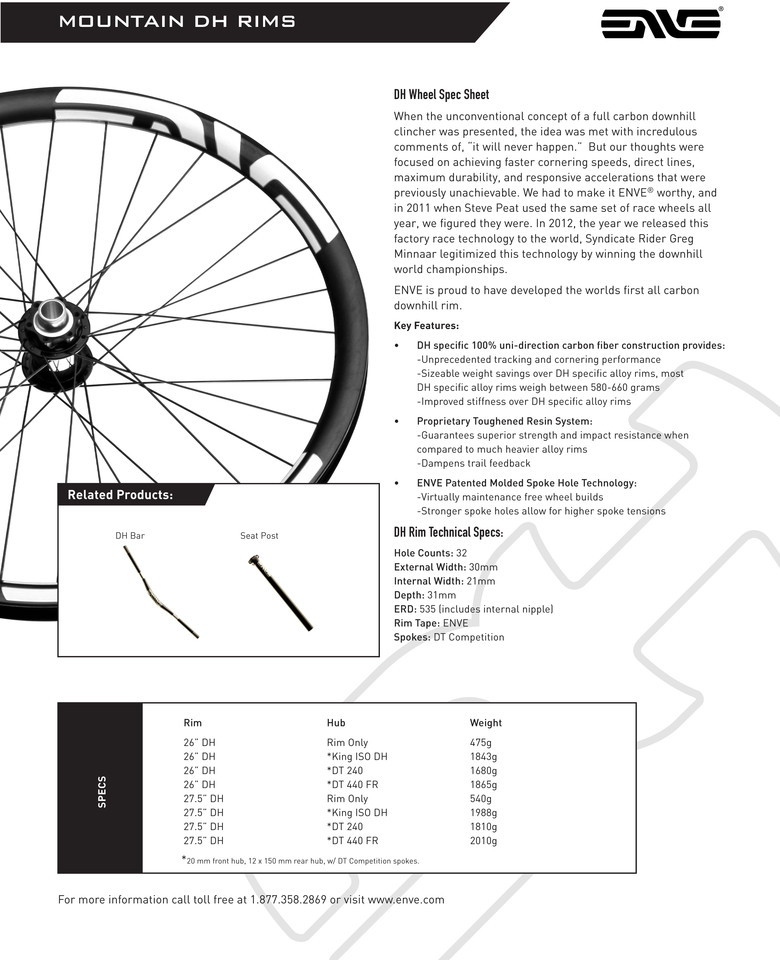