Carbon tubes bonded to lugs, Dave Weagle on suspension design duties and the crew from Robot Bike behind the builds, the Athertons embark on a new enterprise. 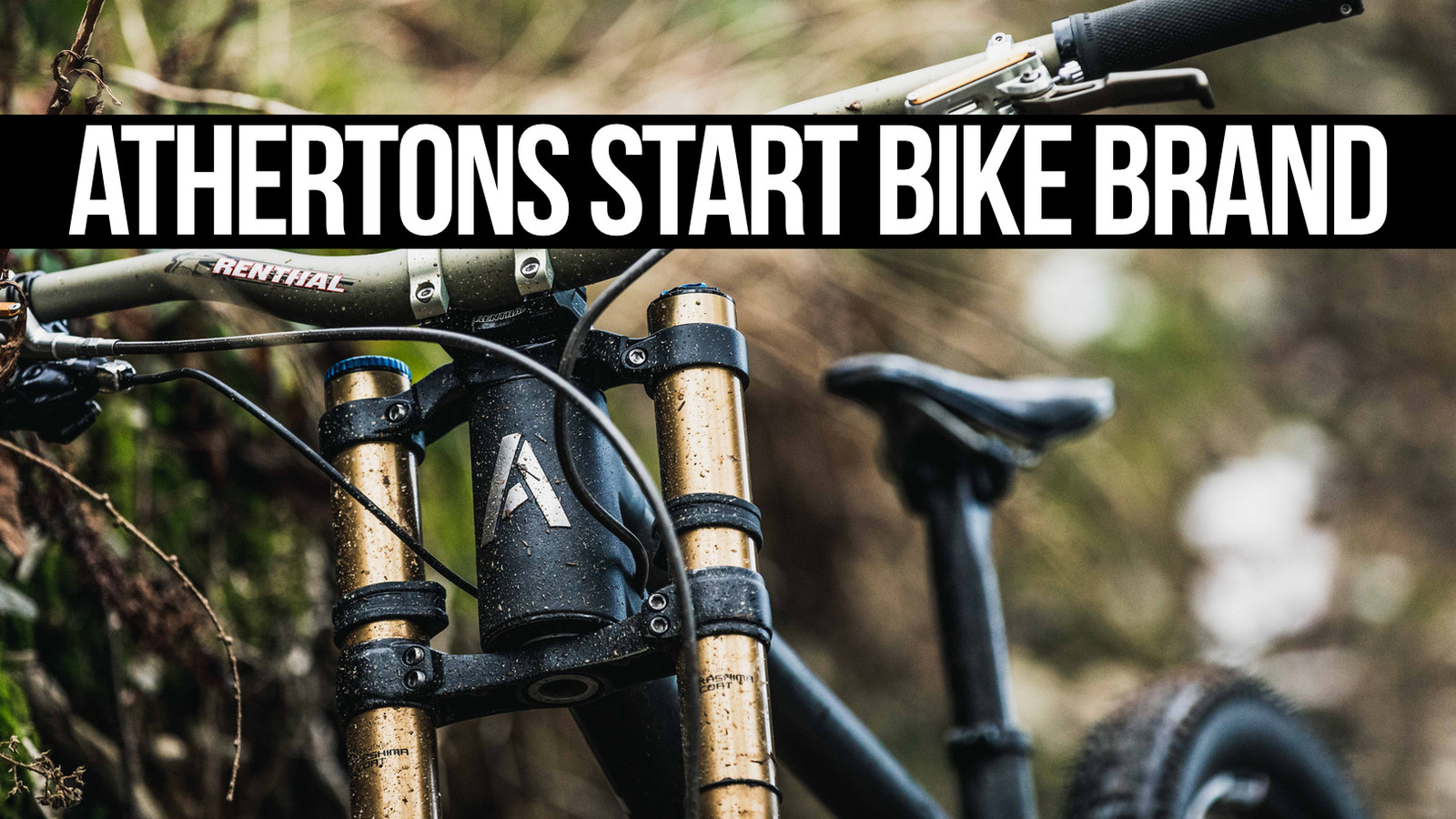 You know how in the movie Old School, Will Ferrell's character is in the shrink's office discussing a situation where he's fantasizing about the undergarments of a woman he saw? He goes through a couple styles of undergarment that he's aware of and then comes to the realization that "maybe it's something really cool I don't even know about." That's kinda where we're at right now with the announcement of Atherton Bikes.

We heard the rumors about this happening, just like the rest of you, but no one knew for sure. Then a couple days ago, the powers that be at Atherton Racing reached out and asked if we'd like to know what's going on. We said, "heck yes," and for the first time, despite numerous threats of such a condition over the years from a variety of big-time brands, we actually had to sign a non-disclosure agreement about the news we were going to get. Of course we signed, we got the press release and a couple teasy photos. That left us sitting in the chair with our shrink fantasizing about something cool we may not even know about.

THIS INTERVIEW CAME IN 7 MINUTES AGO - Some of our questions in the text below have been answered by Gee, Dan and Rachel.

Dan, Gee and Rachel Atherton decided to start their own bike brand. That's pretty bonkers when you think about it. Downhill racing's royal family have enlisted the visionaries behind Robot Bike Co. (whose website just happened to be down for maintenance for the last couple days) to create the bikes and suspension guru, Dave Weagle, to handle the way the bikes go squish. The press release below states most of what's going on with the new brand but leaves out what we really want to see...a photo of the complete bike! Additionally, team sponsorships aren't officially announced, but we get some clues in the pics. Before you get to the official word of the press release, let's get all internetty over some grainy, full-res blow-ups of the pics. Without having to zoom in, there's one photo proving that the bike can boost to the moon, so they must be on to something proper. 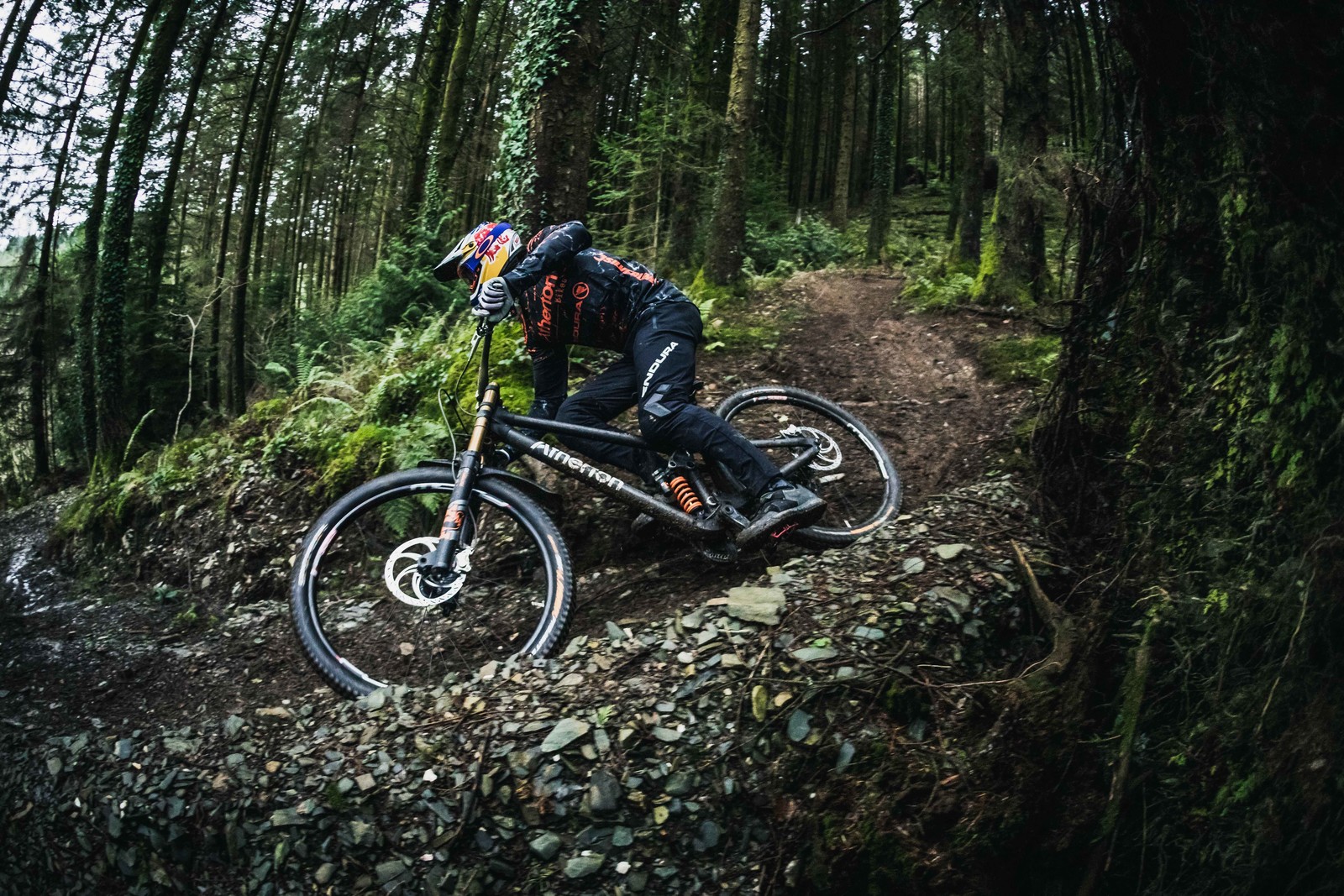 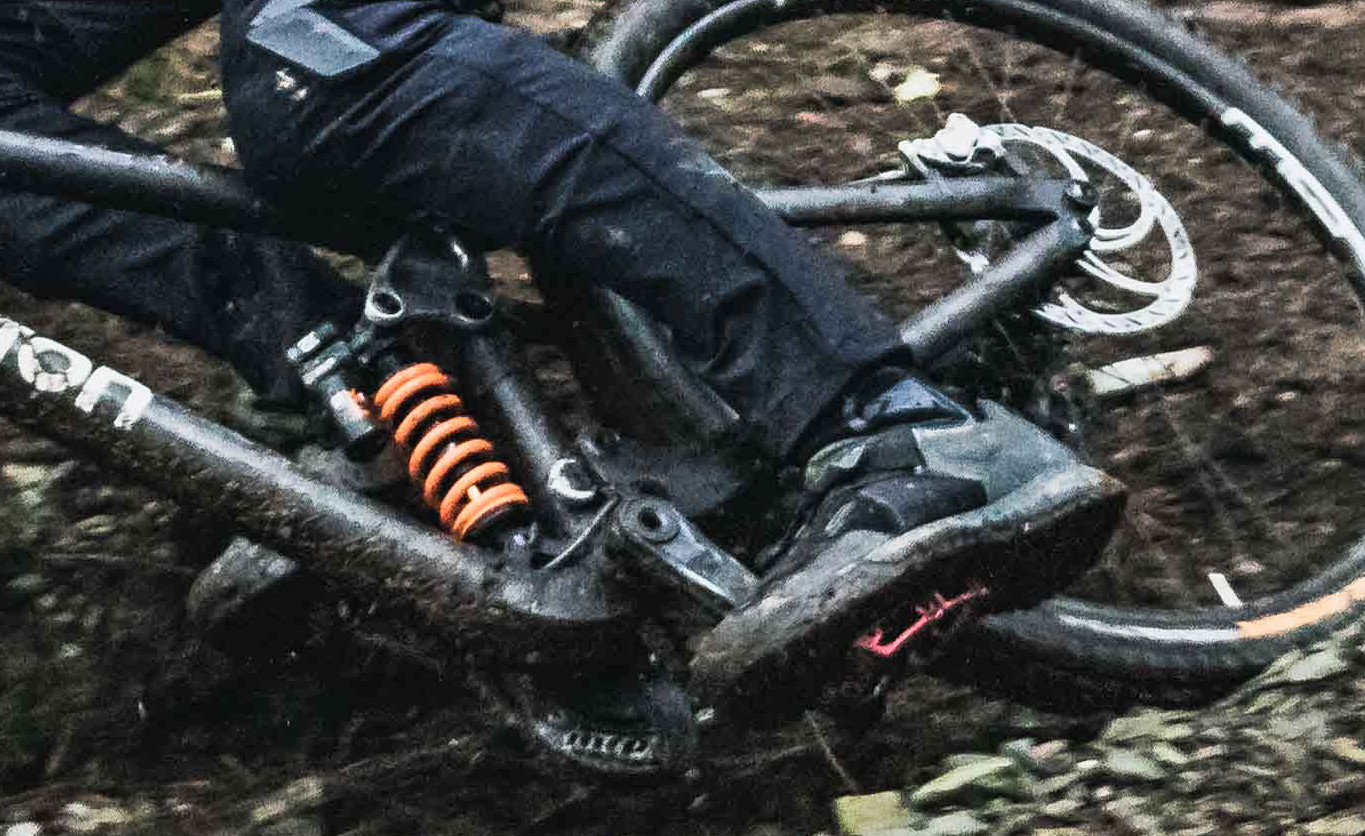 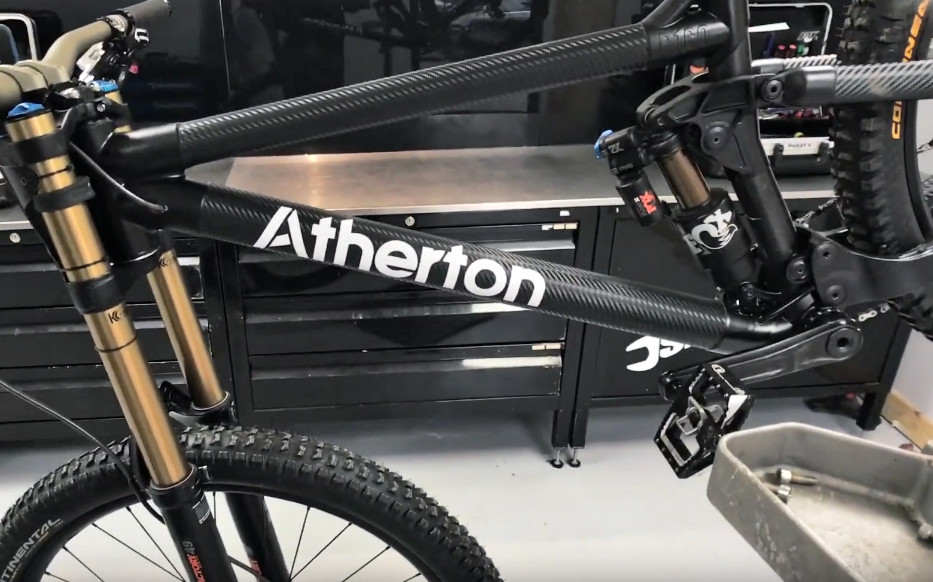 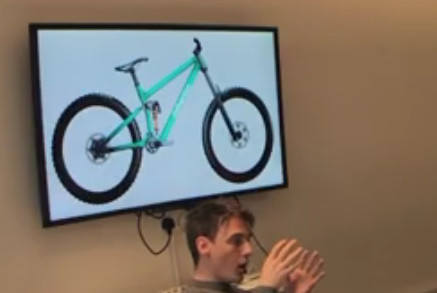 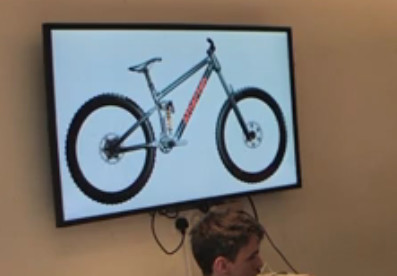 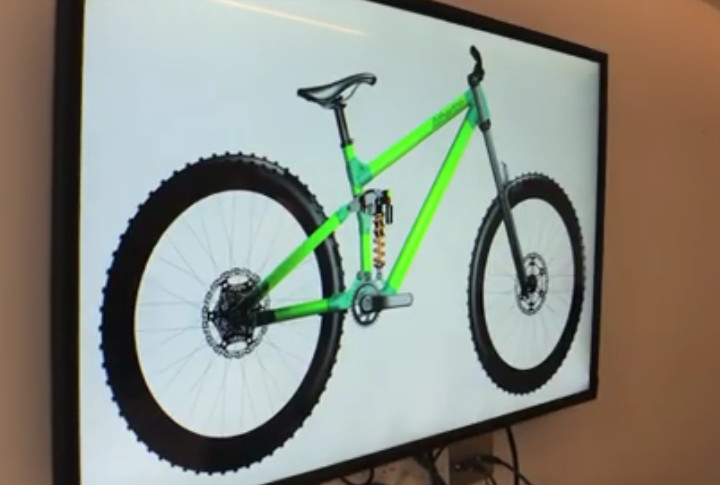 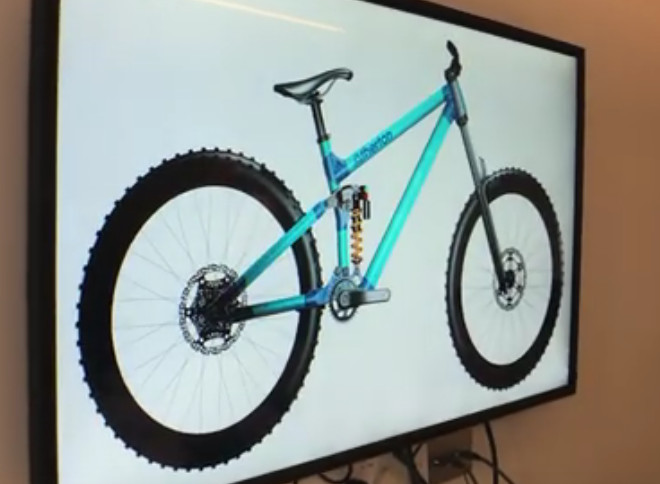 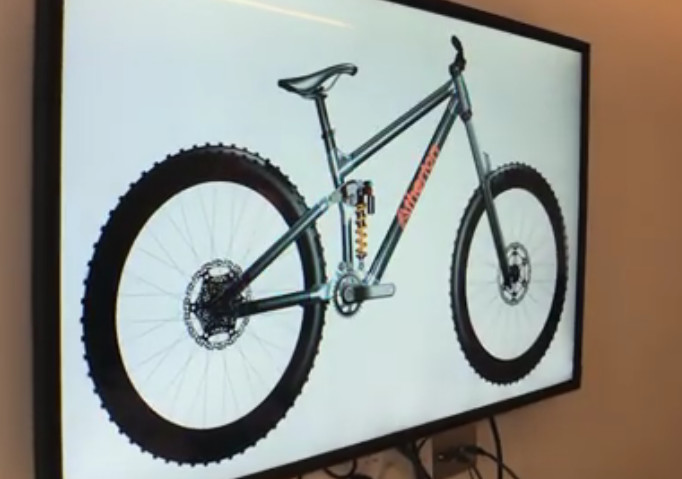 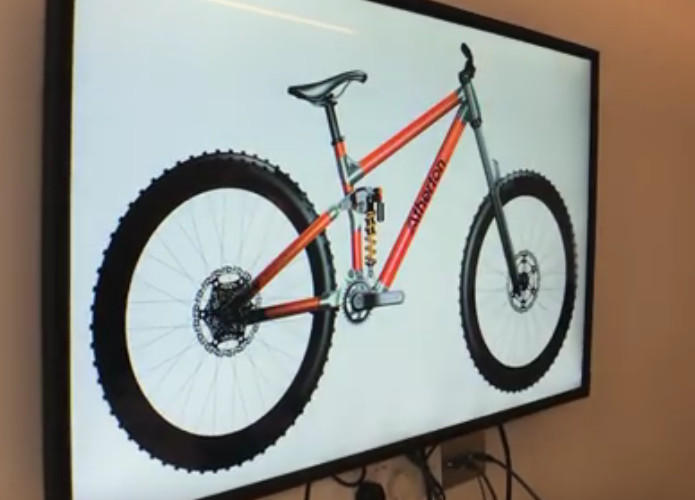 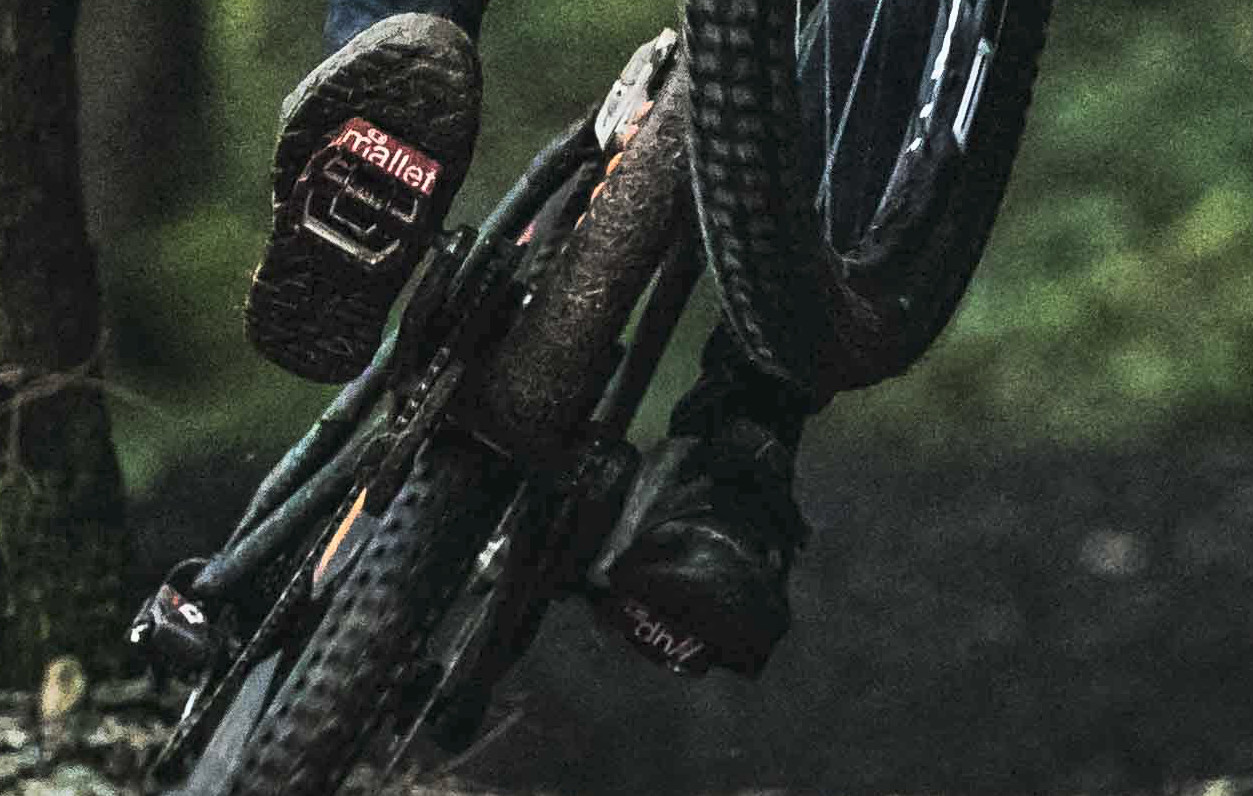 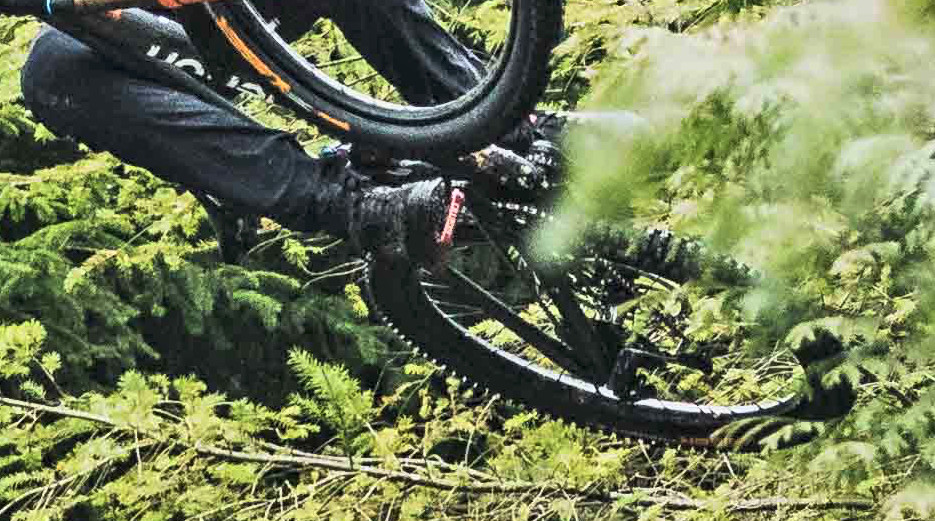 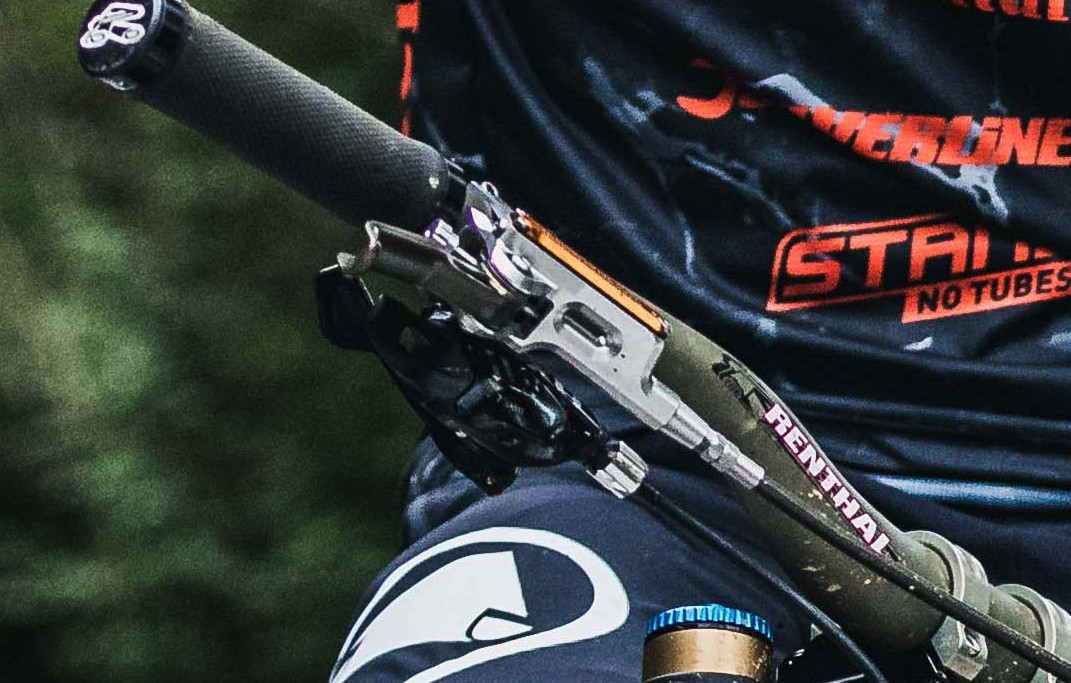 So we don’t have all that much to go on, but would make the following points:

Now it's your turn. Get to work, you internet nerds!

Dan, Gee and Rachel announce the launch of Atherton Bikes

Dan, Gee and Rachel Atherton are excited to announce the launch of their new bike brand, Atherton Bikes. The siblings will partner with renowned suspension designer Dave Weagle and utilise ground-breaking additive manufacturing technologies combined with carbon fibre tubing to “create our ultimate range of bikes.” Dragons’ Den entrepreneur Piers Linney will join as a co-founder of the newly formed company with the introductory Atherton Bikes range scheduled for sale in 2019. 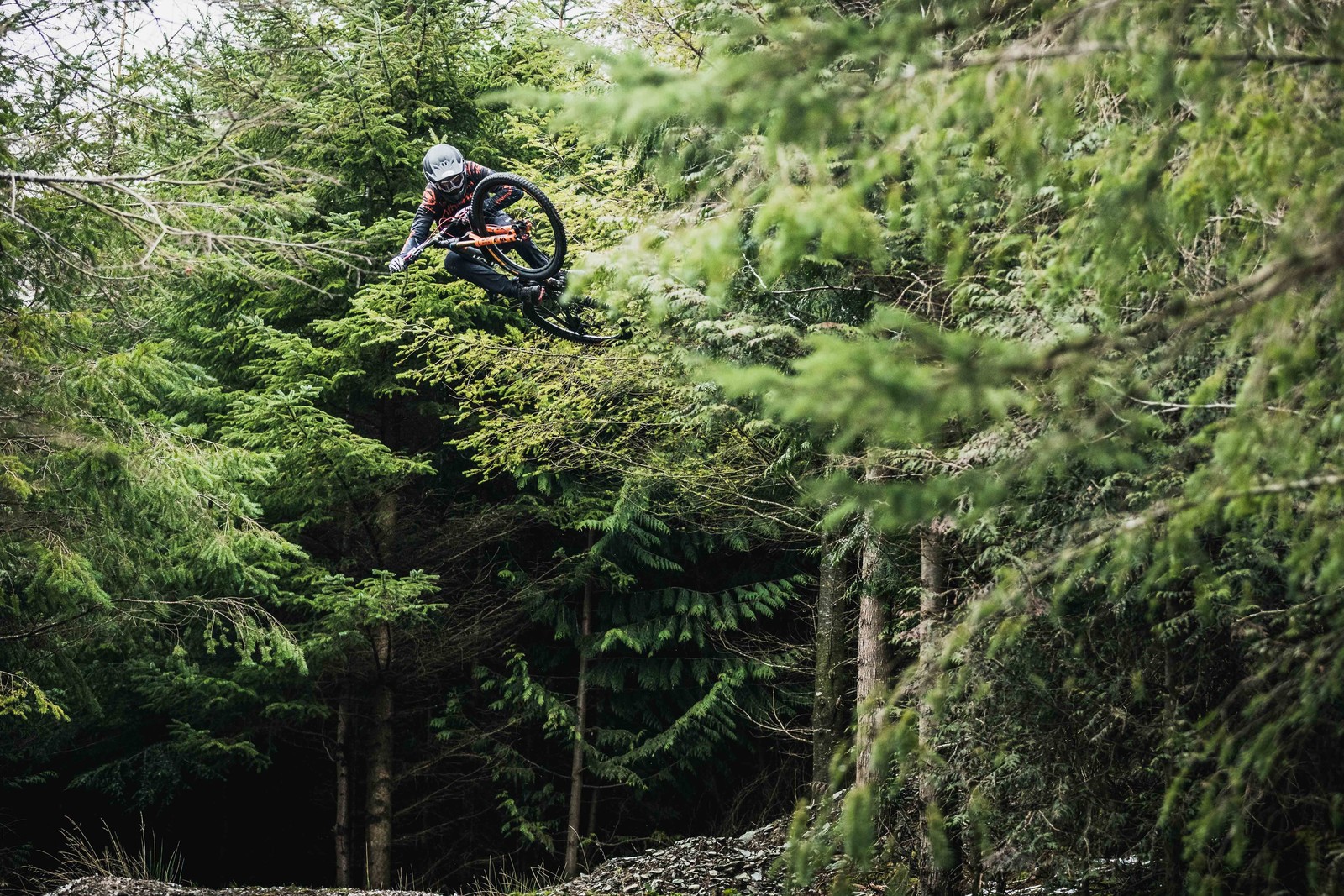 The Atherton Bikes brand has been a lifetime in the making with Dan building his first bike in 1992 when he was just 10 years old. But in recent times the family’s dream of pushing bike development as hard as they push their riding has become irresistible.

Dan Atherton said “It’s always been a dream of mine for us to ride for our own bike company. We’ve ridden for some great brands and we’re proud of the part we’ve played in the development of DH bikes from the Commencal to the Trek Session and trail bikes like the GT Sanction. We’ve always really enjoyed the process, from working with the designers on the early stages through to testing and refining prototypes on the World Cup circuit. But because of the way that the sponsorship system works we’d soon be starting over with a new brand. 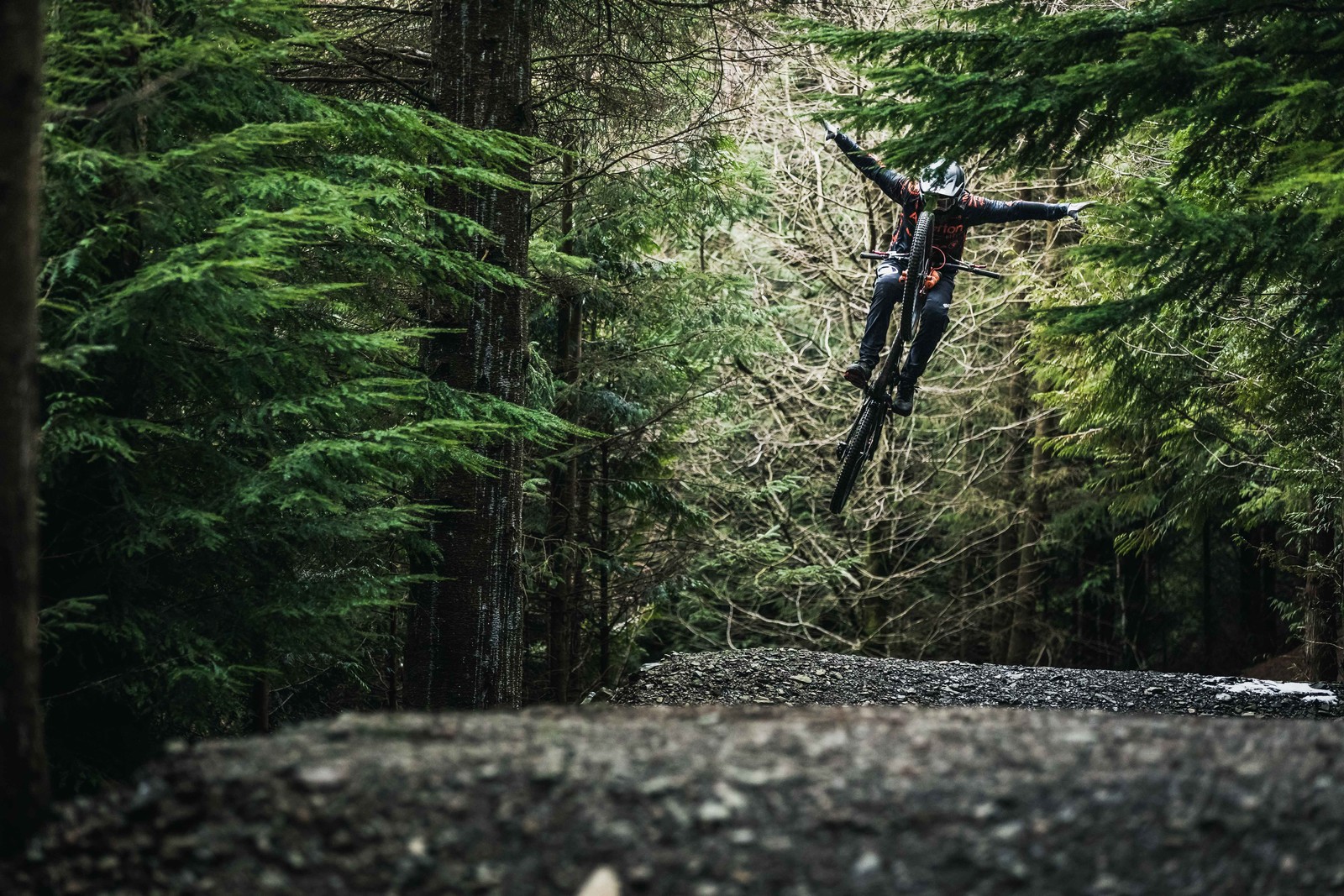 I’m enormously grateful for all the opportunities that system afforded us – we all are, but for us it’s always been about pushing the boundaries of the sport. Back in 2003 we started Atherton Racing so that we could to do things the way we wanted, from building our own tracks, to producing edits like the Atherton Project and events like Red Bull Hardline. Now feels like the right time to put our hearts and soul into a range of bikes designed and built our way.”

Gee continues “We will start with what we know best, focusing on high level product designed to be ridden aggressively! For 2019 we’ll race our own prototype bike and we’re planning to bring that DH bike to market, along with a range of trail bikes. We’re working with some amazing guys formerly of Robot Bike Co., and they’ll be an essential part of our start up, they are as passionate about the technology and its potential to disrupt the industry and shake-up the large corporates as we are.”

The Athertons met Ed Haythornthwaite, one of Robot’s founders, when he was Dan’s World Cup mechanic in 2006 and their ongoing friendship was the catalyst for this venture. Ed’s understanding of what works on a bike and his passion for improving a rider’s experience underpins the development of the entire range.

Ed’s co-founders, Ben Farmer and Andy Hawkins both come from an aerospace and Formula 1 background. They are experts in composites and additive manufacturing (metal 3D printing) which allows for full customisation of every bike frame.

Gee said “The additive manufacturing process is so responsive that we’ve been able to test and adapt a series of prototypes that ride like the finished bike; this constant cycle of innovation means that we can get our race bikes dialled much more quickly and that every purchase of a production bike will be at the very forefront of this development.” 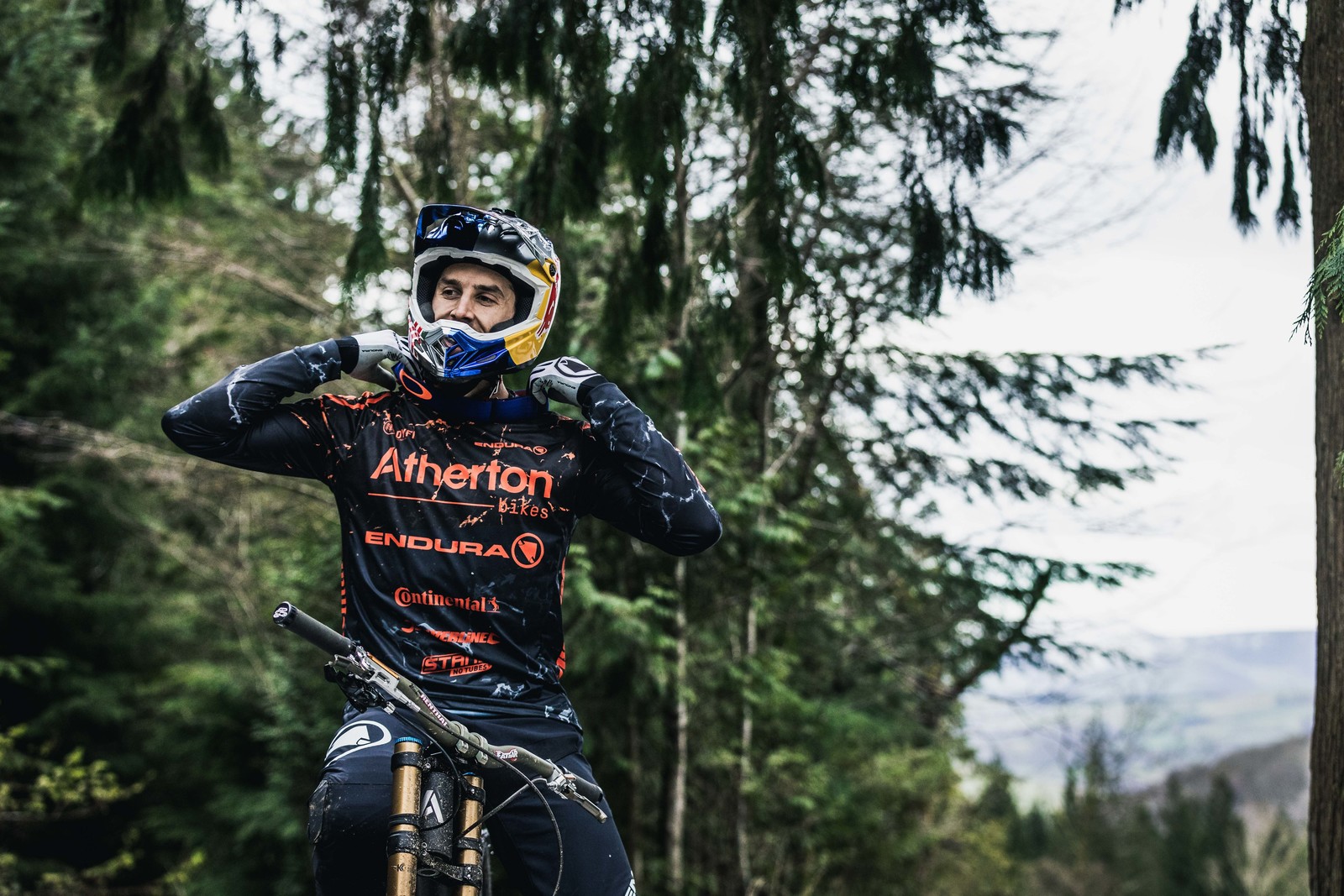 Rachel said “The dream has always been to race our own bikes, and the additive manufactured bikes are so exciting and ground breaking - the ultimate bike! Through our entire career we’ve been proud to represent our country and support the next generation of bike riders, so the fact that we can deliver our new brand through a UK based company is just incredible and the icing on the cake for us!

We all believe that having the right bike for you and the stage you are at with your riding can transform your experience. Our big goal is to see kids, all mountain explorers, bike park shredders, racers and e-bikers enjoying our bikes – just saying that sounds mind blowing! 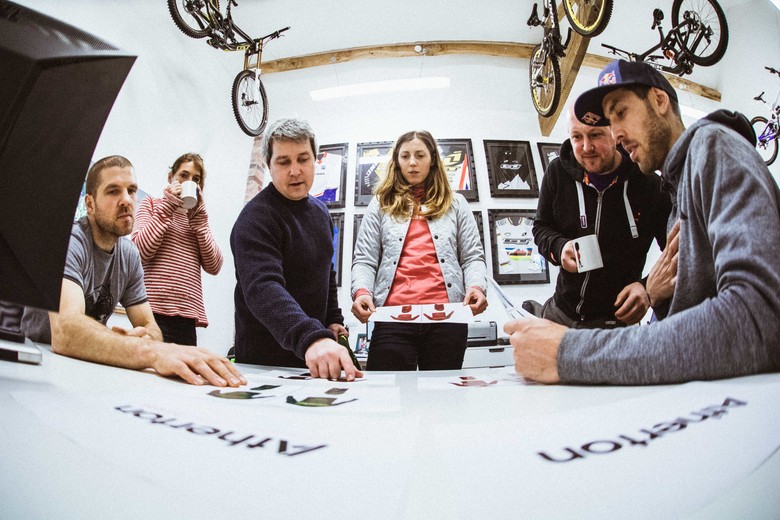 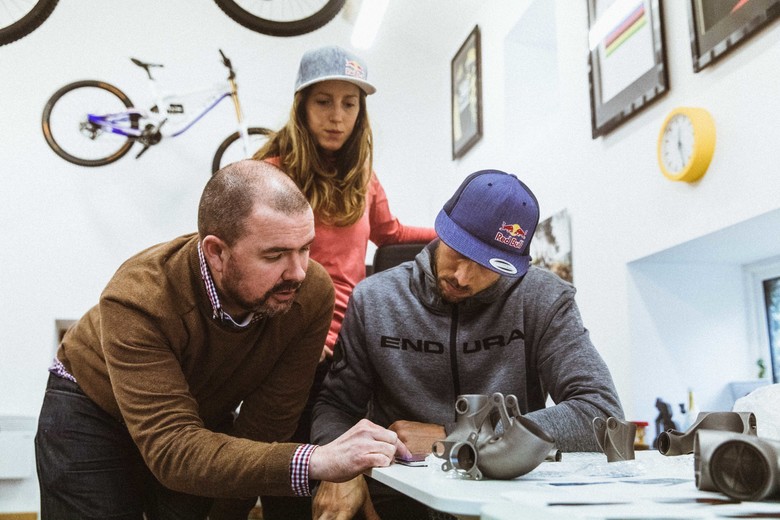 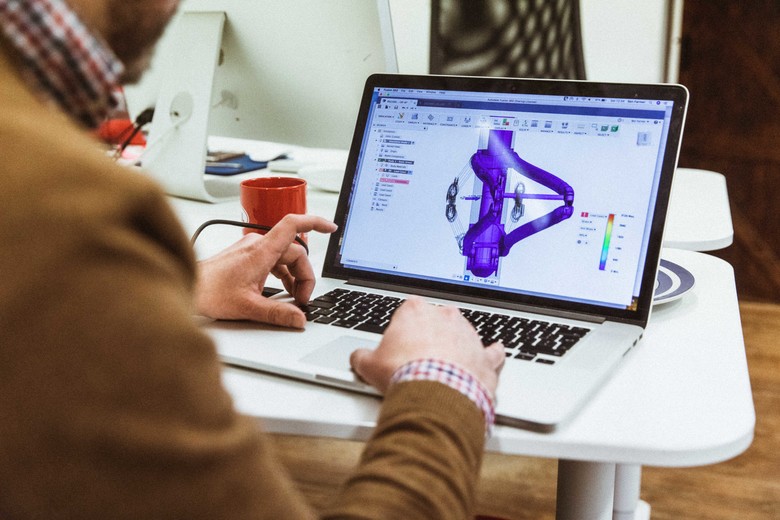 This is a genuine start-up business that we are building from the ground up, it’s going to be a huge undertaking to bring our bikes to market, even with Piers on board to help us. Our learning curve is steep but the dream of bringing Atherton Bikes & our love for riding to everyone is about to be very real!

Piers Linney said “As a rider myself I’m extremely excited to be working with the Athertons to deliver a new product range that meshes my enjoyment of MTB with my passion for new technologies. Exciting times ahead.”

More announcements on our race team, line-up and key partnerships in the coming weeks, follow Atherton Racing and Atherton Bikes on social media for all the latest. 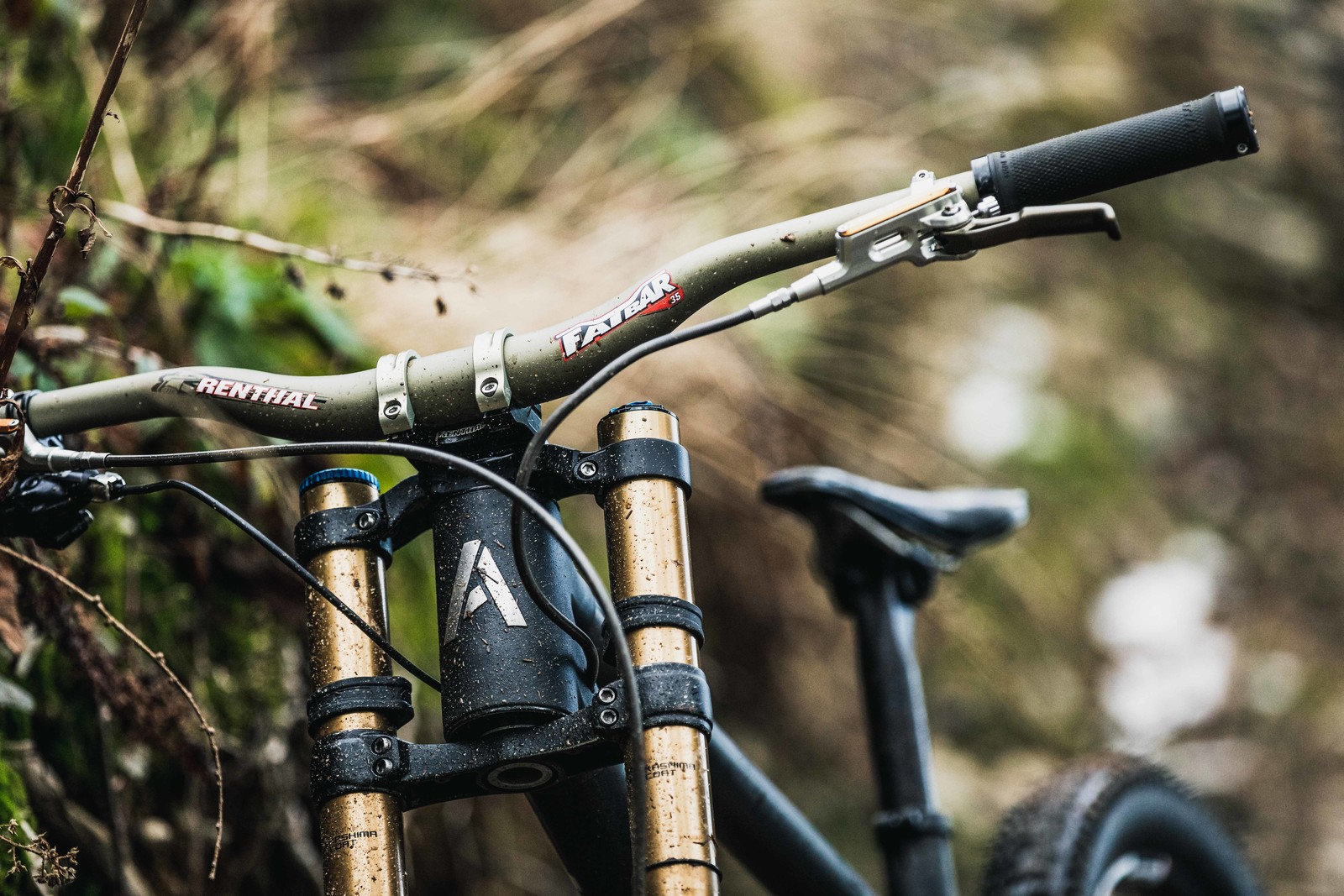