In a previous article, we brought to light a rarely enforced rule that (we thought) stated that professional riders on UCI teams cannot participate in non-UCI or non-USA Cycling sanctioned races. Today, UCI overlord Pat McQuaid and USAC responded with a clarification of UCI Rule 1.2.019 and related sanctions. We were wrong. ALL UCI-LICENSED RIDERS are subject to this rule, which includes all USAC licensed Pros. The penalty for not following the rule is a fine of 50-100 Swiss francs and a one-month suspension.

Every Pro racer will now have to choose between racing sanctioned and non-sanctioned events. A violation could mean being fined, suspended, or even the revocation of their UCI licenses. This means all Pro athletes that choose to hold a UCI license are to be barred from attending events like the Enduro World Series,  Teva Games, Downieville, Whiskey 50, Fontana, Oregon Enduros, Winter Park's local series, Breck Epic, Firecracker, or even Crankworx for that matter. 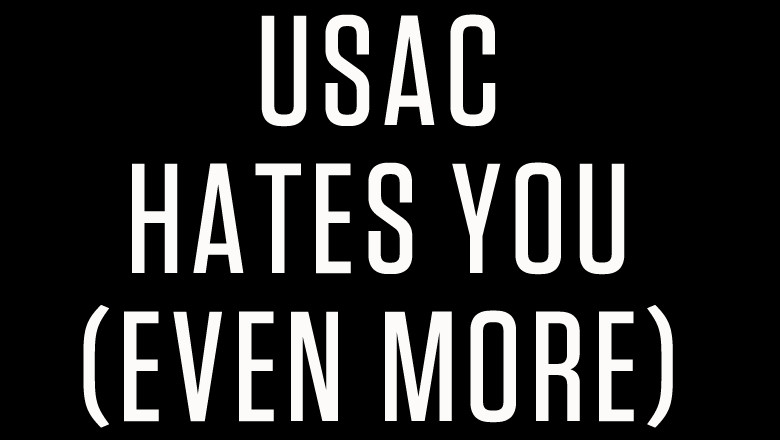 This isn't a compromise. This is worse for our sport than we first believed. It's essentially a declaration of war against promoters who choose not to sanction their events with USAC or the UCI, and it's severely limiting the income and livelihood of Pro riders. Guess what though? It may be a violation of the Sherman Antitrust Act, which prohibits certain anticompetitive conduct and was ironically put into place to protect the public from the failure of the market. Is that how you'd like this to end, Pat?

We strongly encourage everyone, regardless of their tie to racing (fans, family, racers, etc), to sign this petition that calls for the abolishment of UCI rule 1.2.019, and to consider the enforcement of this rule before purchasing a 2013 USA Cycling or UCI license. This is NOT growing the sport.

What follows is the full response from USAC/UCI:

There has been a tremendous amount of discussion and misinformation recently in articles and forums regarding UCI rule 1.2.019, which prohibits all UCI licensed riders from competing in events that are not sanctioned by a national federation. USA Cycling received the following letter from the International Cycling Union (UCI) on March 26 to all national federations clarifying its expectations in the enforcement of rule 1.2.019.  It also explains what the few possible exceptions to its rule are.

The UCI confirmed that Rule 1.2.019 and the related sanctions in 1.2.020 and 1.2.021 must apply to every UCI-recognized national federation in the world. Therefore, as a member of the International Federation, USA Cycling will comply with the direction from the UCI.

To all National Federations

It has recently come to our attention that some National Federations are experiencing difficulties in the interpretation and  application of  the rules relating  to "forbidden races",  namely  Articles 1.2.019,

With this in mind, we would like to provide the following clarification which we hope you will find useful. Article 1.2.019 of the UCI Regulations states

A national federation may grant special exceptions for races or particular events run in its own country."

The objective of this regulation is to protect the hard work and resources you pour into the development of your events at national level. It allows for a federative structure,  something which is inherent in organised sport and which is essential to being a part of the Olympic movement.

Of course the regulation also allows the UCI, in line with its mission as an international federation, to guarantee uniform regulation.

Article 1.2.019 applies to all licence holders, without exception. It does not solely concern professional riders or just the members of UCI teams, contrary to certain statements in the press and on some blogs.

The second paragraph of Article 1.2.019 affords each national federation the facility to grant a special exception for specific races or events taking place in its territory.

Special races or events are understood to be cycle events which are not registered on the national calendar of the country's federation or on the UCI international calendar. This generally concerns events that are occasional and which do not recur, most often organised by persons or entities who do not belong to the world of organised sport. For example, an event may be organised by an association that does not have a link to the National Federation, such as a race specifically for members of the armed forces, fire fighters or students or perhaps as part of a national multisport event.

With the exception of these special cases, the National Federation is not permitted to grant an exemption to a cycle event which is held, deliberately or not, outside the federative movement. For example, in no case should an exception be granted to a cycling event that is organised by a person or entity who regularly organises cycling events.

The objective of Article 1.2.019 is that exemptions should only be granted in exceptional cases.

Licence holders who participate in a "forbidden race" make themselves liable not only to sanctions  by their National Federation, as scheduled by Article 1.2.021 of the UCI regulations,  but also run the risk of not having sufficient insurance cover in the event of an accident.

Thank you for your attention to this matter. Please accept our kindest regards,

What a USA Cycling Event Permit Provides for Race Promoters:

Low permit fees. A mountain bike race of less than 500 riders has a maximum permit fee of $100 a day. The only other fee USA Cycling collects is a per-rider insurance charge of $3 which covers one of the most robust insurance packages in cycling for the race director, the landowners, the sponsors, and excess accident medical coverage for participants. Comparable insurance coverage cost per rider is much more expensive.

A $0.40 rebate to race directors for each registration when you use USA Cycling’s online registration system.

Why you Should Support USA Cycling Sanctioned Events:

USA Cycling spends more than $4 million per year supporting American athletes in development and international competition programs. Much of that money is generated from the racing activities of our more than 74,000 members racing more than 600,000 racing days each year in sanctioned events. Every time you race in a sanctioned event, a small amount of revenue is generated to support critical athlete programs.  Most importantly, virtually every dime USA Cycling generates as a result of your racing activities is reinvested in the sport.  However, when you compete in an unsanctioned event, nothing goes to support these important programs that help to maintain our international success and create the heroes and role models that are so important to the sport.

In 2012, USA Cycling spent more than $530,000 in support of mountain bike development programs, world championships and pre-Olympic camps to help riders achieve their dreams on the world's biggest stages.

Professionally-licensed riders are the direct beneficiaries of USA Cycling's significant investment in athlete support. As such, they have a vested interest to support the sanctioned events that fuel that support.

Sanctioned events provide a safe and level playing field by a consistent standard  for athlete protection such as accident insurance, an enforceable code of conduct and USA Cycling's RaceClean™ anti-doping controls conducted by the U.S. Anti-Doping Agency.

Sanctioned events provide licensed participants with the opportunity to be part of the USA Cycling National Results and Ranking System that allows you to compare your results to everyone else in your age group by city, state, region or even nationally.

What are your thoughts? Weigh in on the issue below, and don't forget to sign the petition.

View replies to: USAC HATES YOU EVEN MORE - All UCI-Licensed Riders Subject To Fines & Suspension For Racing Non-Sanctioned Events