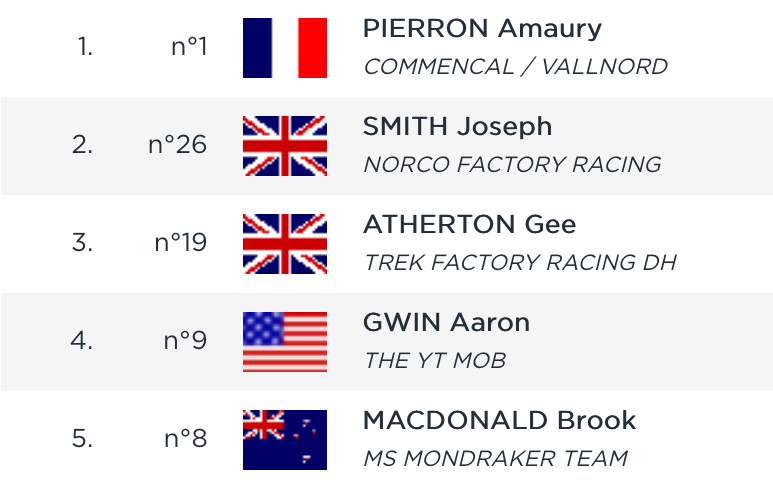 The last trained timing session of the 2018 UCI Mountain Bike World Cup Downhill season means this is the last time this year that unfans of our sport can say "timed training means nothing" in the comments. Get it out of your system while you can. The fresh, new venue of La Bresse, France, was in primo condition today with loam served up in heaping portions. At the end of the timed training session, Amaury Pierron and Rachel Atherton were fastest.

Timed training is not mandatory and it doesn't provide any points toward an overall World Cup ranking (neither will qualifying this weekend, but that's a different story). No points is a simple reason to say timed training means nothing, and if you're only worried about results like a true unfan, then bingo, the results from timed training won't help a racer earn money or sponsorship dollars. A smart racer, however, would probably hustle solid timed training results to uninformed followers on Instagram, but we have yet to see that with any success. For 2019, Vital is tempted to put up a timed training bounty just to see what happens. Should we start the gofundme program now? If we raised $5k raised per race with a $50k overall winner pot, timed training would start to mean something even to the saltiest commenter.

The reason timed training means everything is hope, and hope is a beautiful thing (is that line from Shawshank?). Aside from the hard data showing us that the times will be tight on the sub-two-and-a-half-minute track (duh) and that some sections of the course may be more crucial to nail than others (double duh), we don't know the efforts put in by the racers during timed training. Some may have gone as close to race pace as possible and failed. Others may have cruised and sit at the top. The racers know the truth and we know speculating on a rider's race-day performance from nebulous timed training results two days before the big show is incredibly satisfying. Timed training is where that Glimmer of Maybe(TM) can spark for our less-than-stellar-performing favorites who just happened to nail it. Fans of such under-performing riders who stomp it during timed training hold on to and squeeze the life out of that Glimmer of Maybe like a first love that dumped them for the older guy with the job and the nicer car. We're accustomed to seeing our favorite's name down in the 50's or 60's on the sheet but today when they're visible without any scrolling, we say, "oh hell yeah, X is up there this weekend, they're going to be on it, this is their race!" For a brief few hours, our underdog has a chance to make due on late payments never made whole. Sure, we're always let down by qualifying or race day, but the hope we held on to from timed training keeps us on their side for another race.

Oh, and Amaury has a new sponsor. 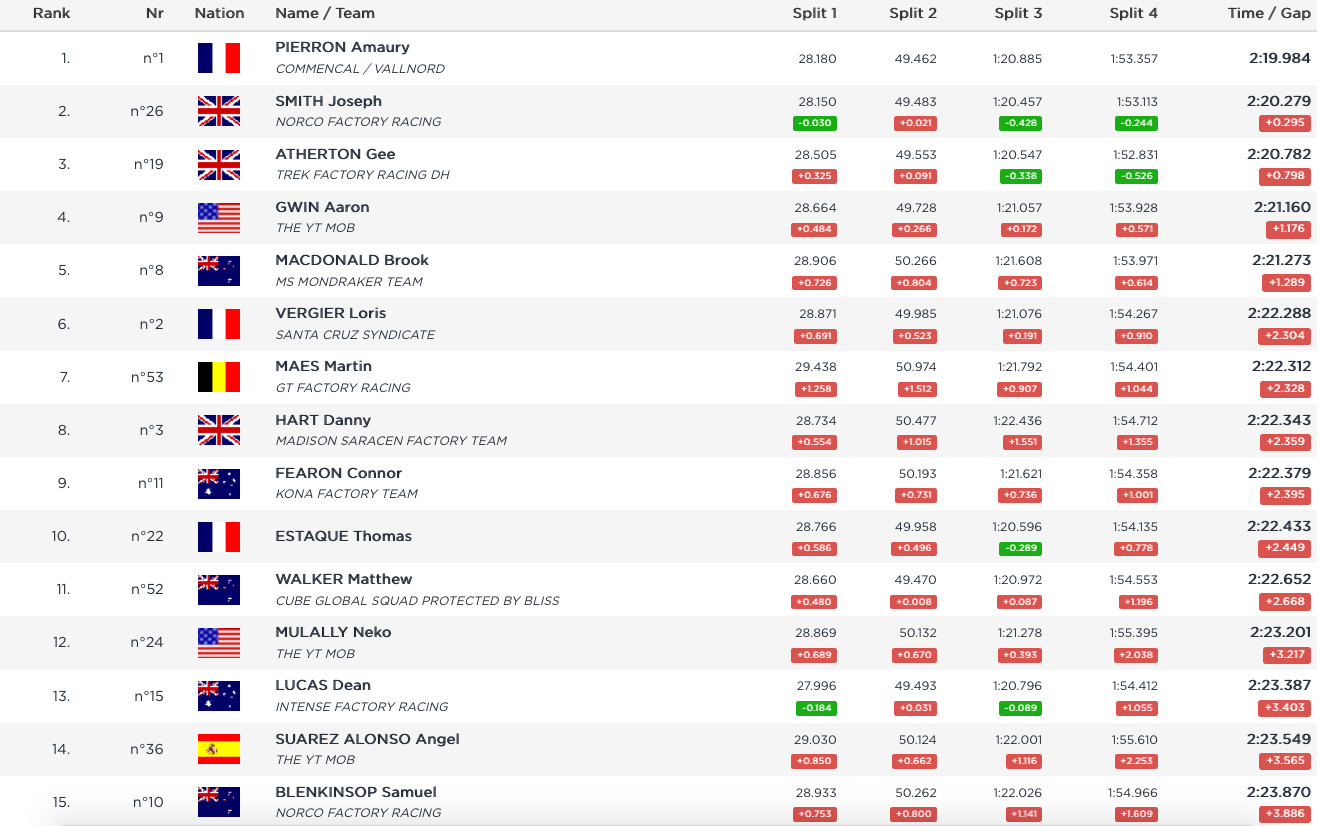 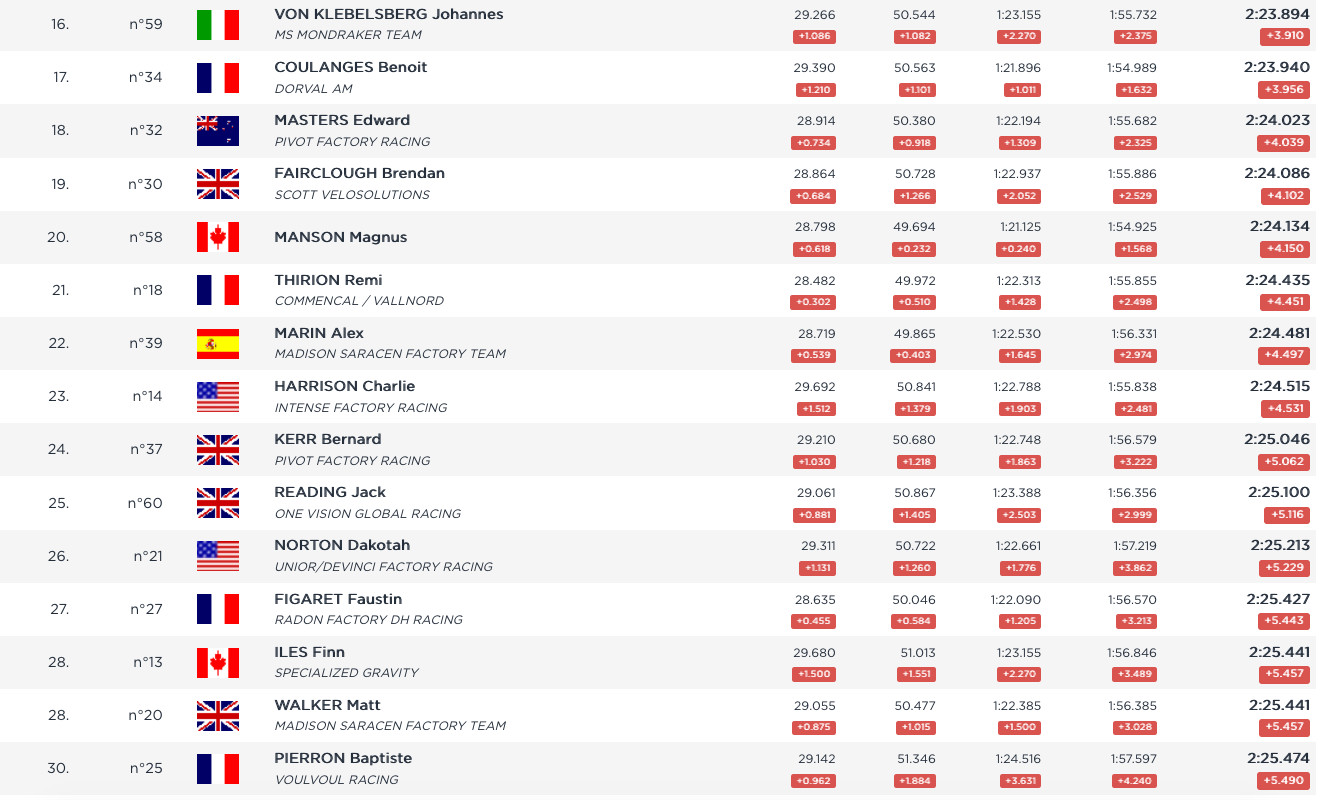 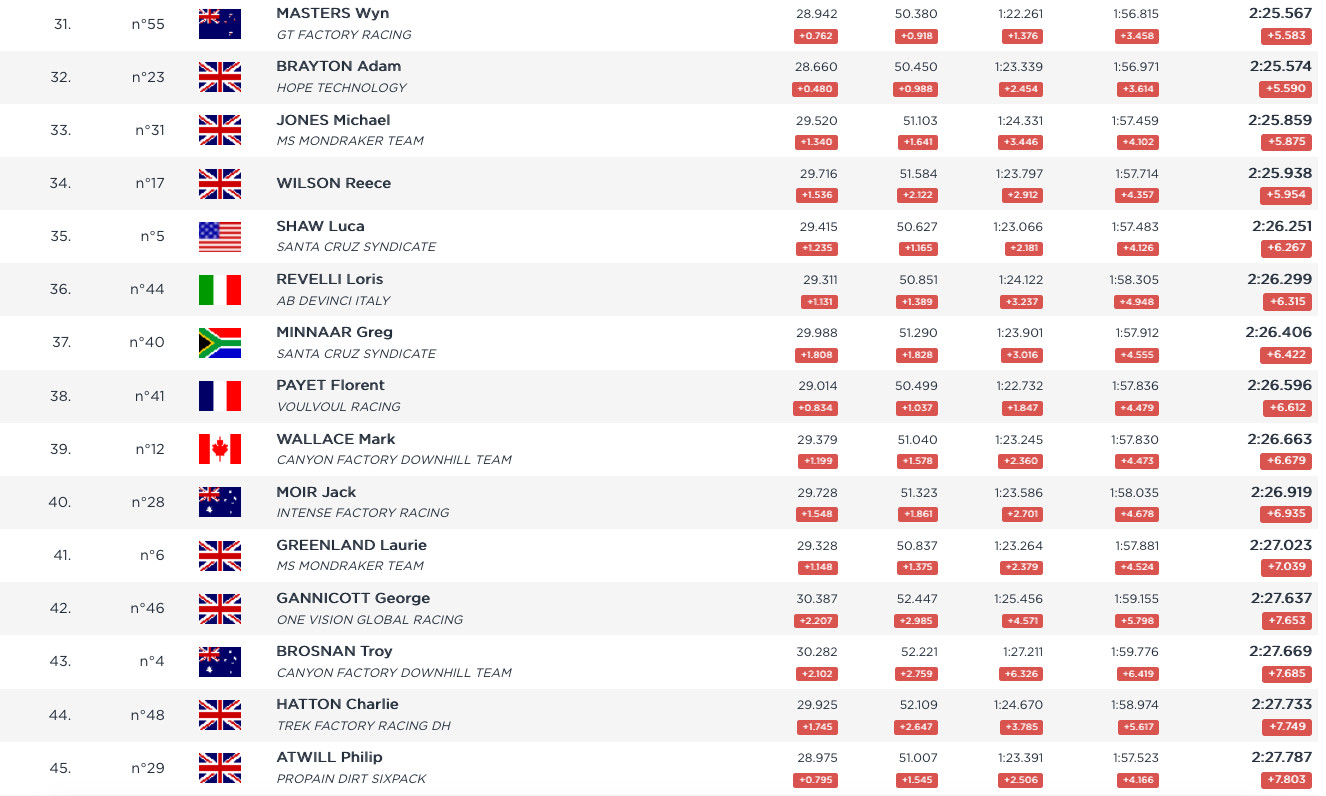 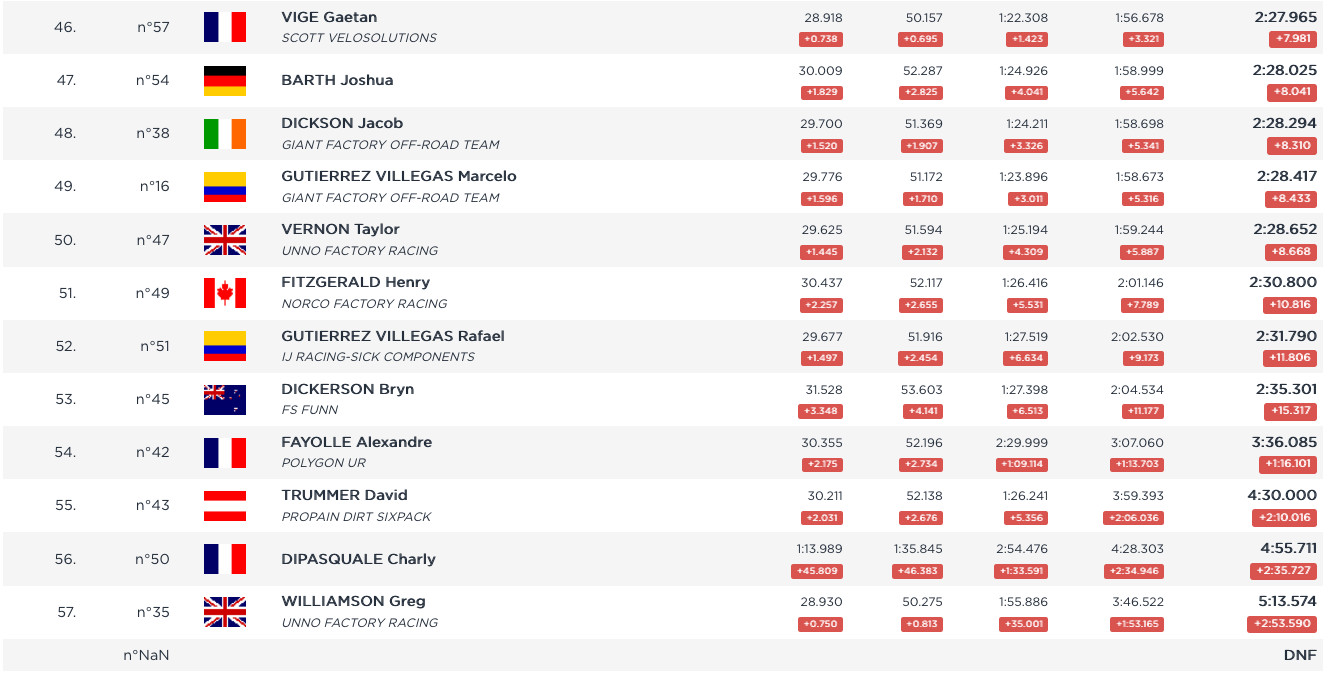 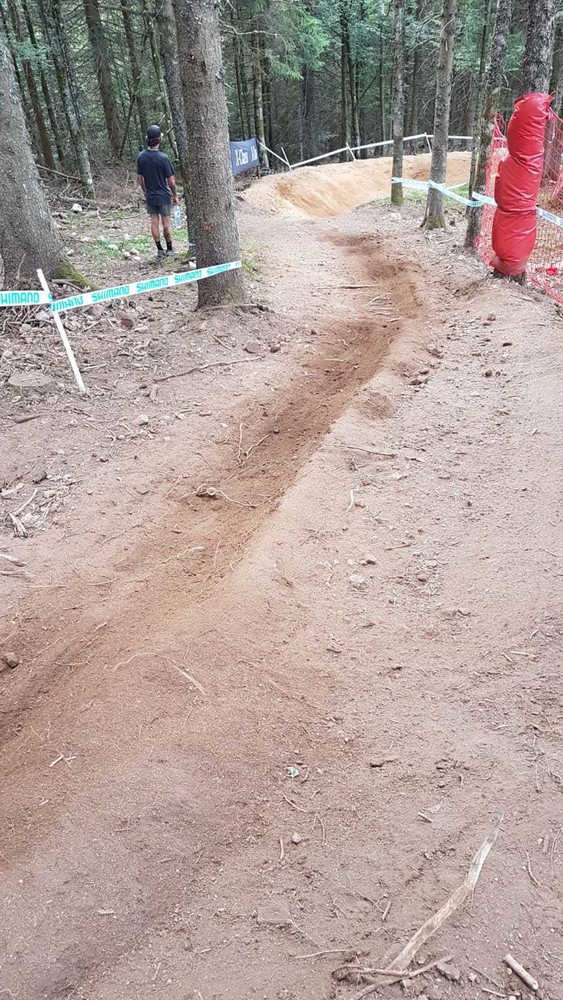 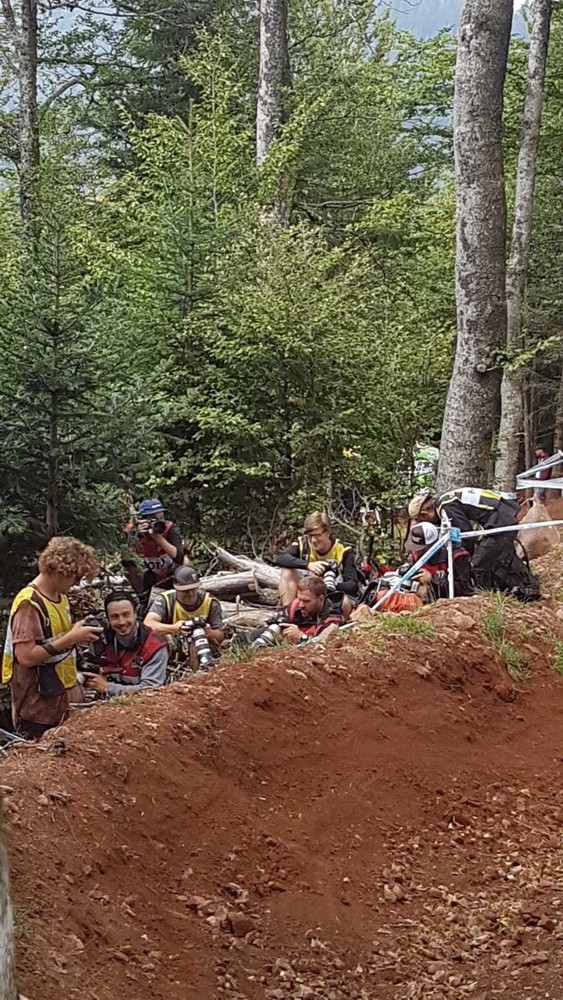 Predict the Winner of La Bresse in our forum