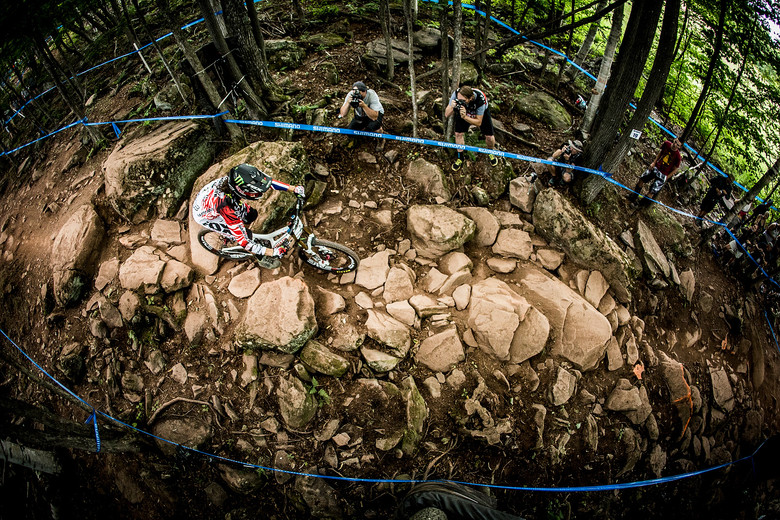 For all the talk of a simple, one-line race track, once the riders got up to speed the show got hot in a hurry. Death grip warp speed was pretty much a prerequisite just for qualifying, so what would race day bring? Plenty of drama and excitement, as ever!

Joe Smith got comfortable on the hot seat early on, with times running about 3-5 seconds faster than qualifying, although he was still a couple of seconds off Josh Bryceland's fastest qualifier at this point. Team mate Michael Jones took a further 0.5 seconds off his time to make it a team CRC 1-2 hot seat that would go on to stand the test of time and quite a few World Cup riders. Even teammate and Power Ranking favorite Sam Hill failed to knock Jones off his throne, coming up 0.187 short. At this point of the race, 2 seconds was the difference between 1st and 13th!

It would take until there were only 8 riders left for Sam Blenkinsop to eventually dislodge Jones (who was en route to a career-first top-10). Brook Macdonald followed his country man down into 2nd place, an agonizing 0.055 seconds back. Hart and Bruni would both go on to have issues in their runs, but Troy Brosnan suffered no such fate setting a new fast mark of 2:26 - equal to Bryceland's qualifier. Only 3 riders left standing at the top of the mountain now, 2 homegrown heroes and Britain's finest. Neko Mulally was in touch at split 1, but would fade to the 20s after an issue mid-run. Aaron Gwin rolled the dice, and delivered a smooth run to claim the lead! Could Ratboy counter the Gwinner? LOOK AT THE TIME!!!! Bryceland delivered another incredible ride for a 1.5 second win, looking totally in control and coasting faster than most pedalled - straight into the lead in the overall World Cup standings too! The year of the Rat is truly upon us.

In the women's, Manon Carpenter knocked a couple of seconds off her own qualifying time to claim the hotseat for a while, but she failed to get close to Rachel Atherton's fastest qualifier. Micayla Gatto had a big crash and was unable to finish her run, leading to a red flag for Tahnee Seagrave (who would go on to get a re-run which netted her 5th for the day). Tracey Hannah put in a clean run to better her qualifier and go into the hot seat with 2 riders remaining, but her joy would be short lived - Emmeline Ragot came down the hill like a woman possessed, clearing 5 seconds off Rachel's qualifying time landing her a solid option for 1st place, an option that would materialize a couple of minutes later as Rachel came down in second. Congrats to Emmeline on her second victory of the year, and what a victory it was! With only 1 round remaining of the 2014 World Cup, she has closed to within striking distance of overall leader Carpenter, which sets us up for a banger of a season finale in France.

Taylor Vernon signed his first win since his big accident last year, a big accomplishment for any rider let alone a junior. Congrats to Tay, holding the fort down for GT today! 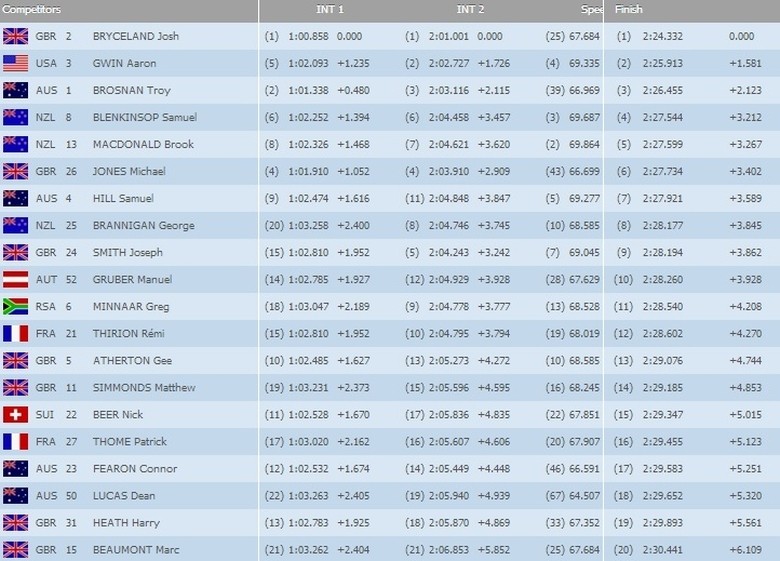 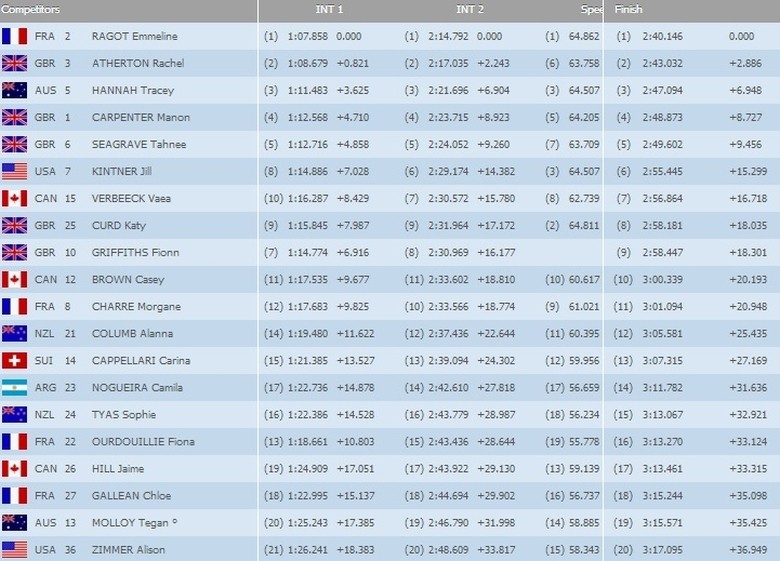 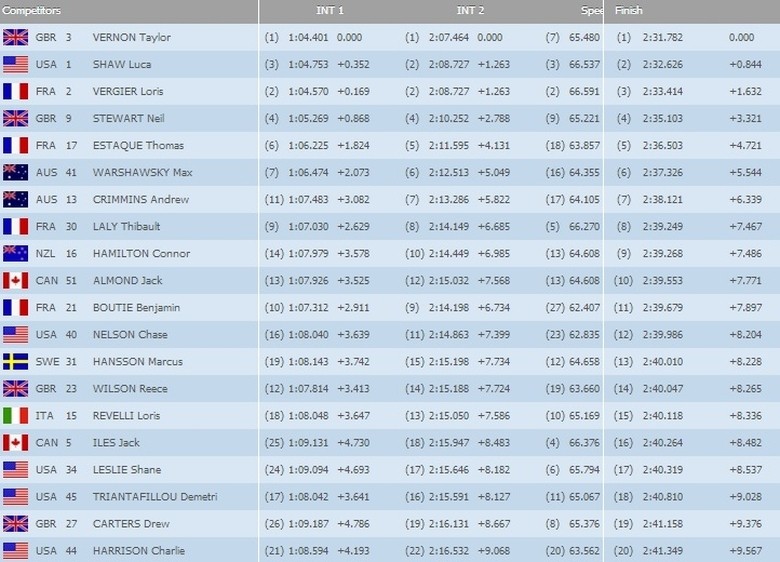