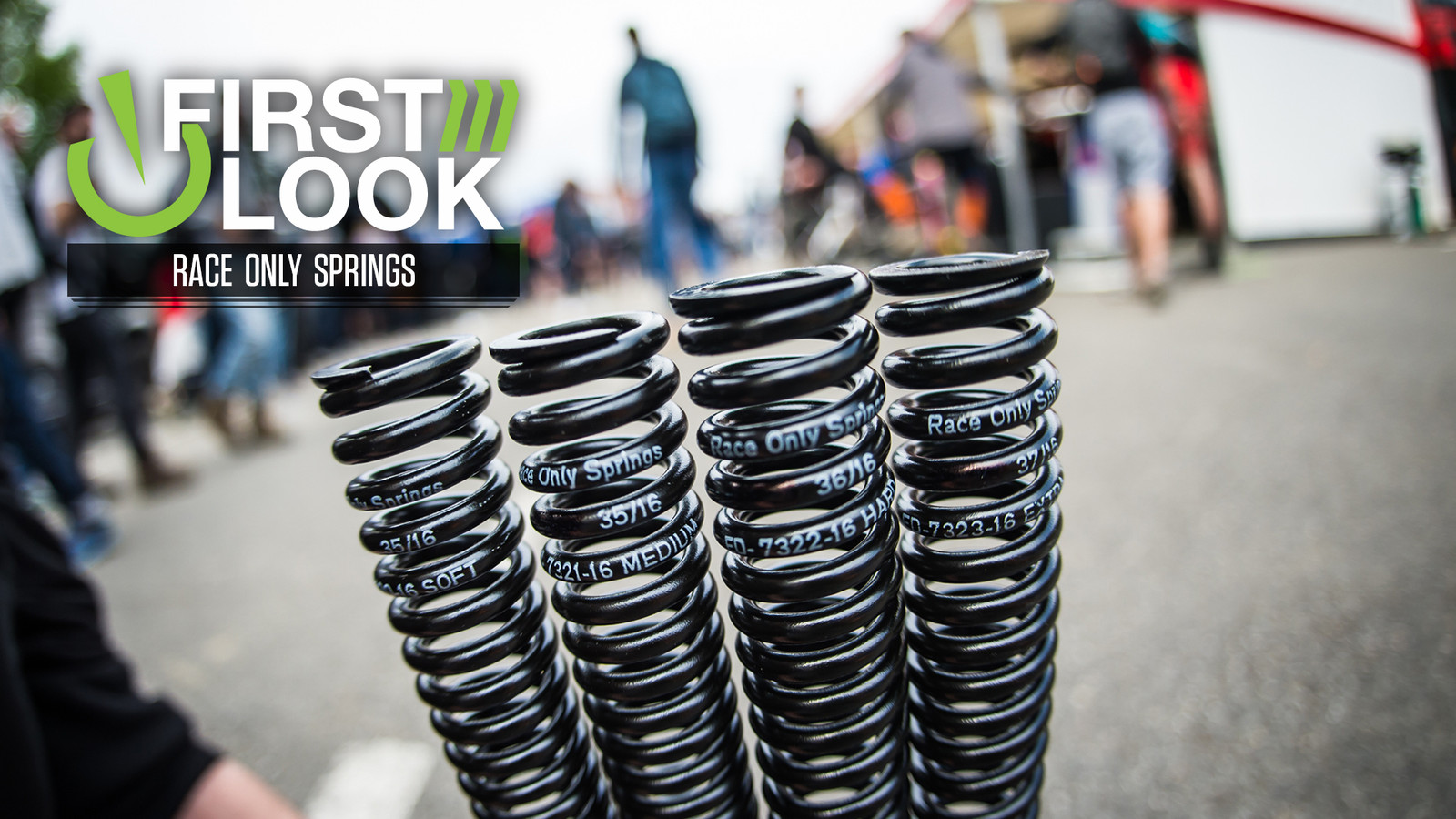 While roaming the pits at the Lourdes World Cup back in April, we came across an energetic Irishman who was seemingly peddling something new and exciting out of a couple of suitcases. Seanan O'Riordan was his name, and Race Only Springs is what he was selling. It turns out that Seanan had ideas for how to make a better fork spring, and he'd sunk a lot of energy and most of his savings into turning those ideas into reality. Although not officially advertised at this point, his springs had already enjoyed considerable success in the World Cup, and word on the street was that if you were lucky enough to get your hands on Seanan's prototype product, you had it made. 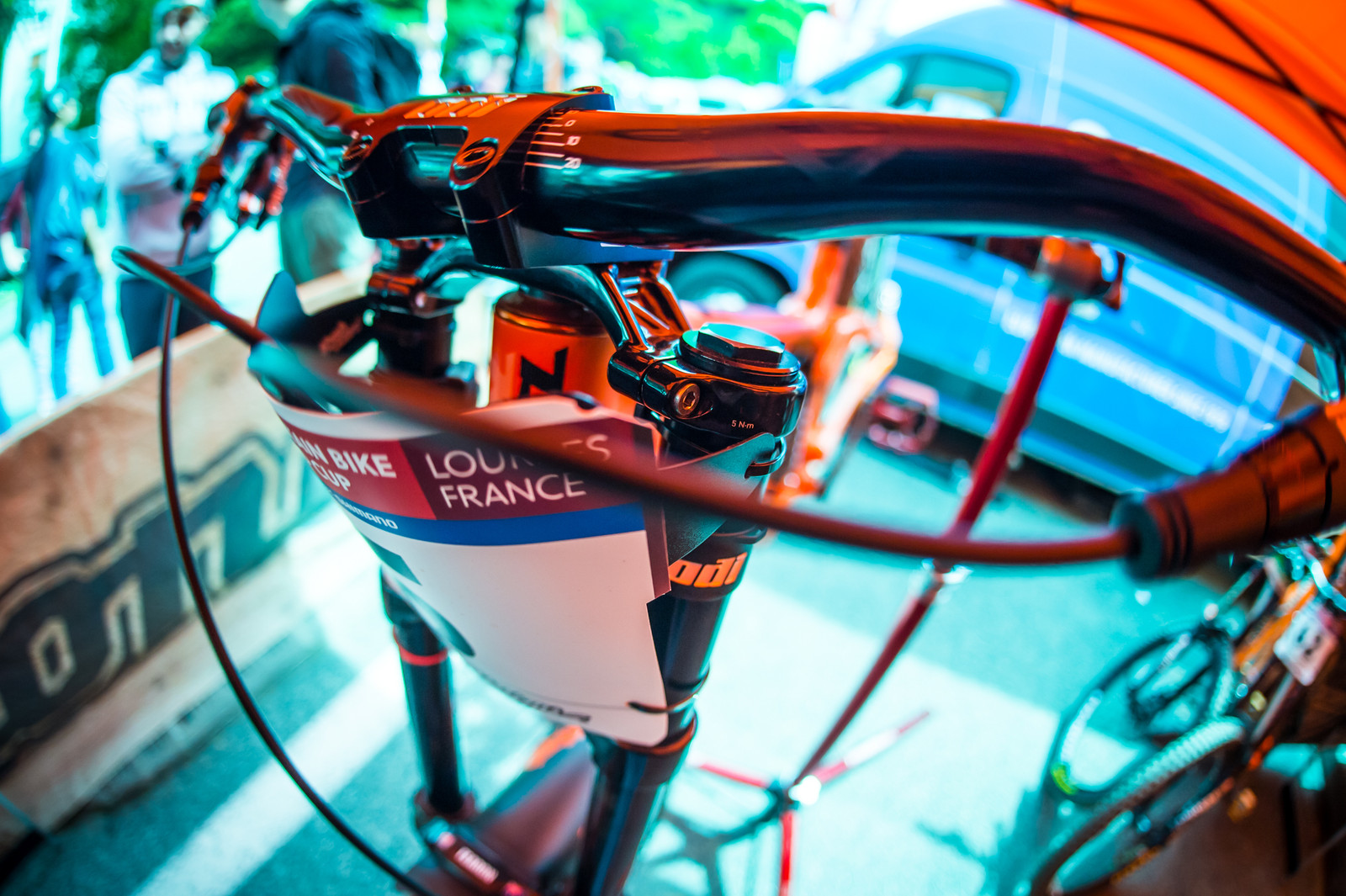 Aside from using the best factory in Germany to produce a very high-quality spring, what really caught our attention was the fact that these babies are dual-rate. That's right, one part of the coil is wound tighter, to offer better bottom out resistance at the end of the travel. The transition is said to be seamless. Combining the supple small-bump compliance of a coil spring with the progressive nature of an air shock is pretty much the holy grail of suspension tinkerers anywhere, so this product definitely sounds like something that might take us another big step in the right direction. And best of all, this drop-in upgrade is now available to anybody, not just factory team World Cup riders! 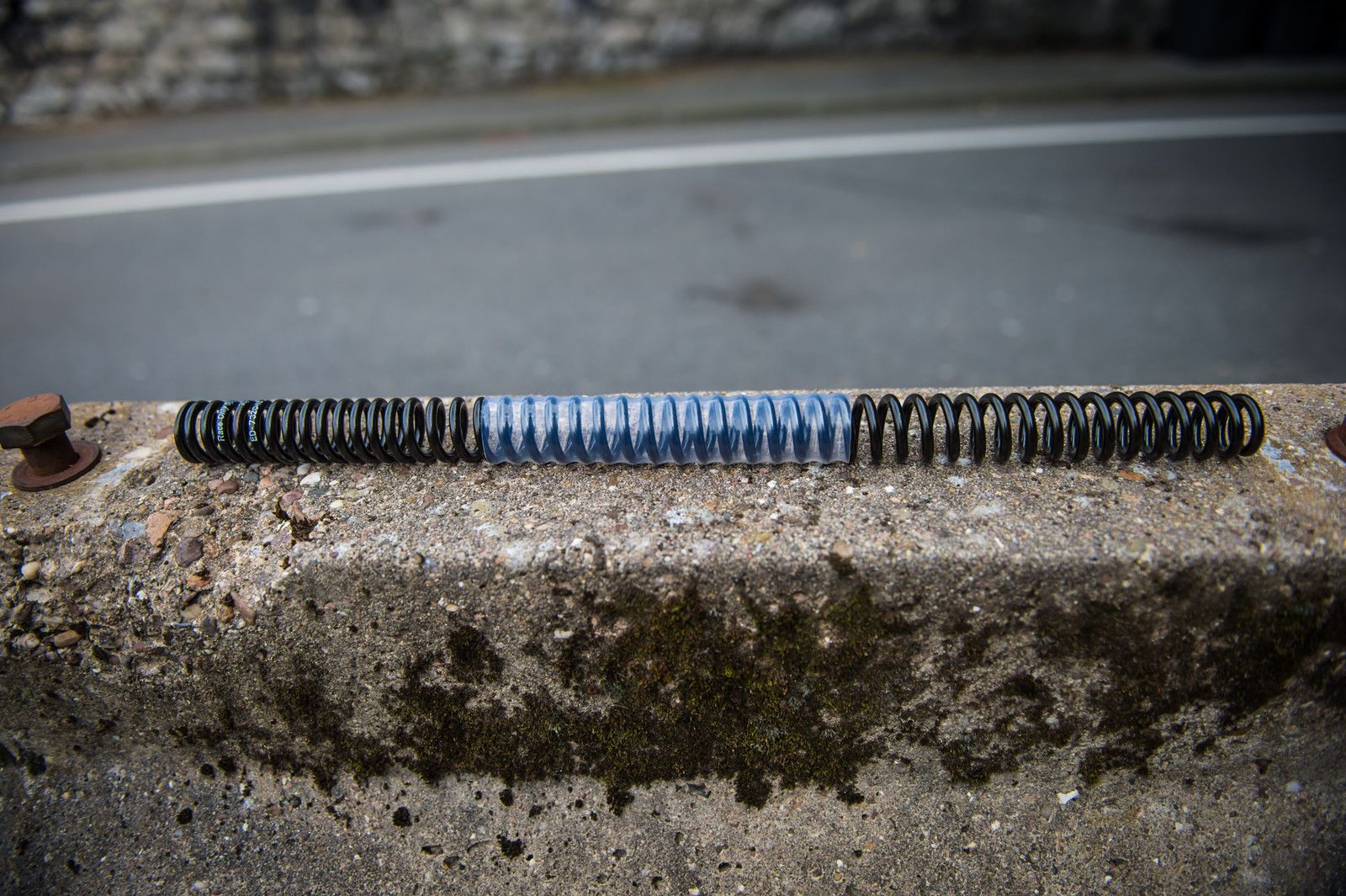 A few months down the line, Race Only Springs is officially GO, so we thought it would be a good time to catch up with Seanan again and have him tell you more about it, in his own words:

Race Only Springs was started in mid 2015 with the aim to make the first high performance coil spring for the Boxxer fork. After a long search for a manufacturer capable of making a true high end spring, a decision was made to use a German facility where most of the springs seen in F1, WRC, Le Mans, MotoGP, and nearly all other high ends motor sports are actually made. 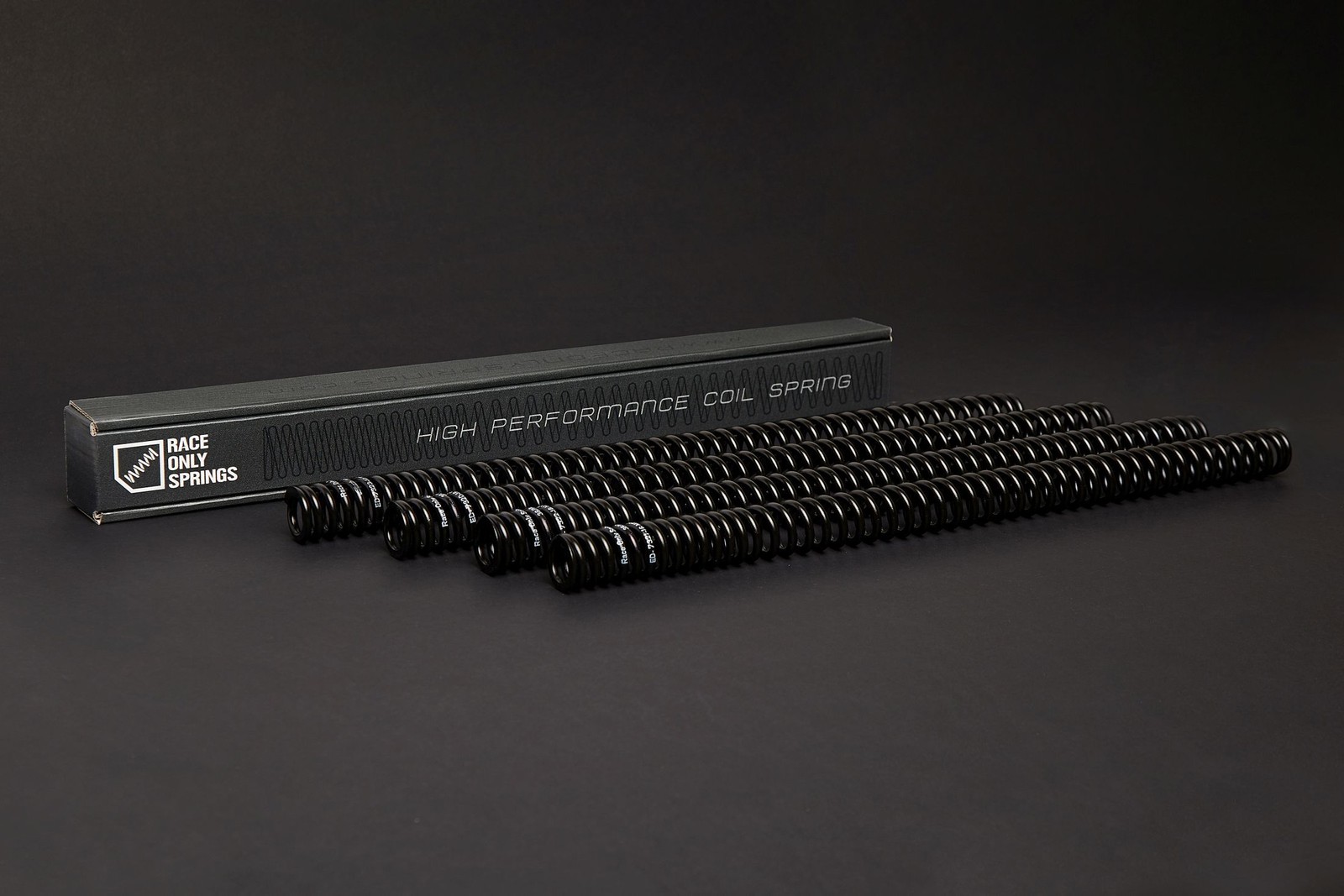 The plan was to make a spring with every high performance process available, using the highest grade materials, manufacturing, coating and finishing processes. After a design was finalized, nine prototype springs were produced. These were immediately thrown in at the deep end for testing with a top factory team at the end of 2015 to see if they would perform as intended. After only a few runs at the team test camp, word came in that the springs were staying in the forks until further notice. Over the off season of 2015/16 a number of factory riders quietly made the switch onto the prototype Race Only Springs. Round 1 of the 2016 World Cup was their first venture onto the international scene, and the results speak for themselves, with a prototype ending up on the podium and very nearly taking the win outright and another one also inside the top 10.

The 2016 season saw all nine springs end up on factory rider bikes, the results through the season continued with three World Cup podium finishes in total, five top 15s, a top 5 overall position in the World Cup, a Junior medal at World Championships and a podium at Redbull Hardline. 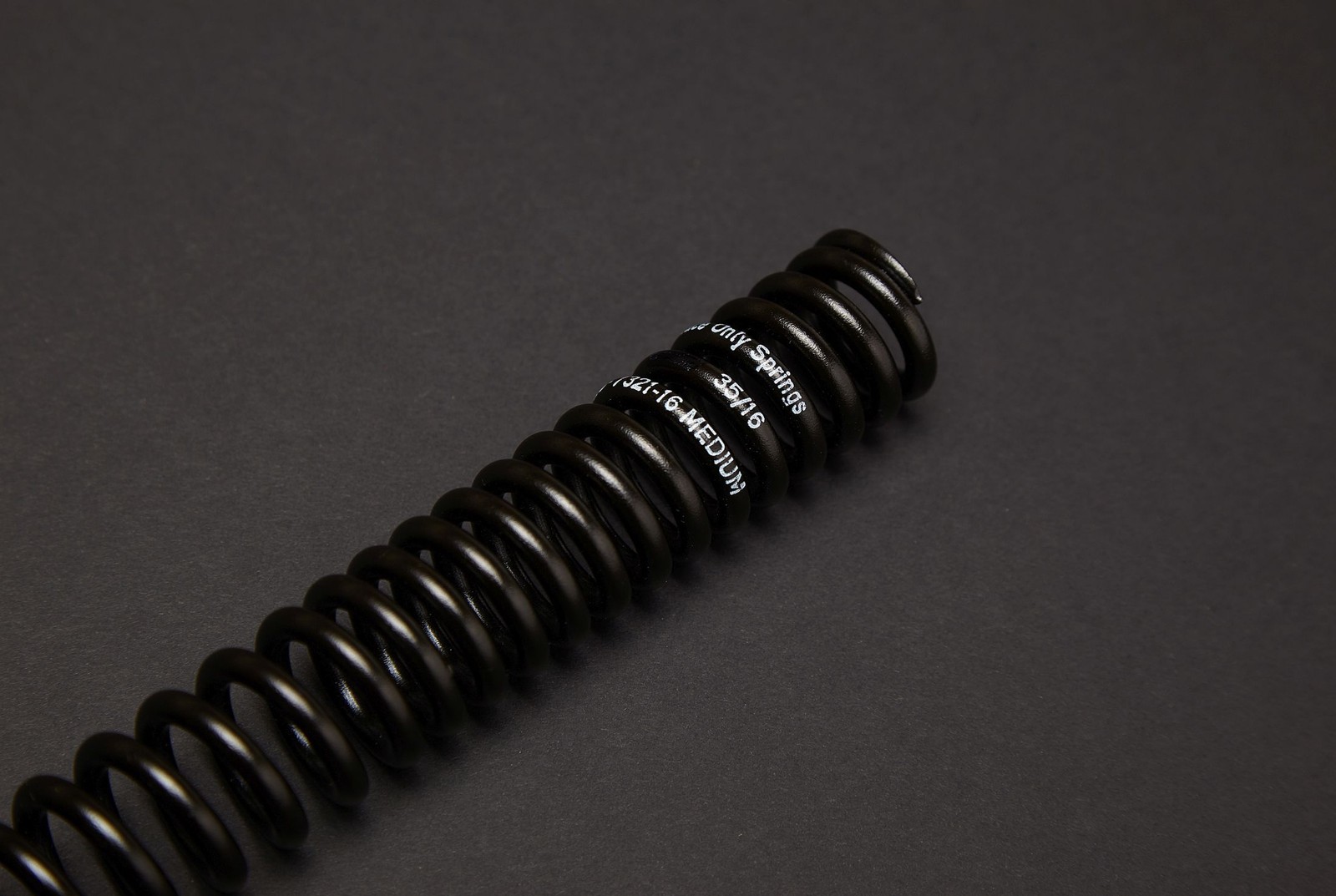 Feedback was gathered from all the riders and some design changes were made for the final iteration of the spring for 2017, which would also be the production spec. This was further tested by many riders and teams with even more positive feedback and a definite improvement from the prototype.

The results this year have been fantastic, with a podium in Lourdes along with another in the top 5, a podium in Fort William along with another top 10, two in the top 10 at Leogang, two in the top 10 at Andorra, and another top 5 at Lenzerheide. Ten riders in total were using Race Only Springs for the finals in Lenzerheide, which was an amazing achievement. Add to this the multiple national series wins from around the world, these springs have been thoroughly tested and are loved by the fastest riders in the sport. 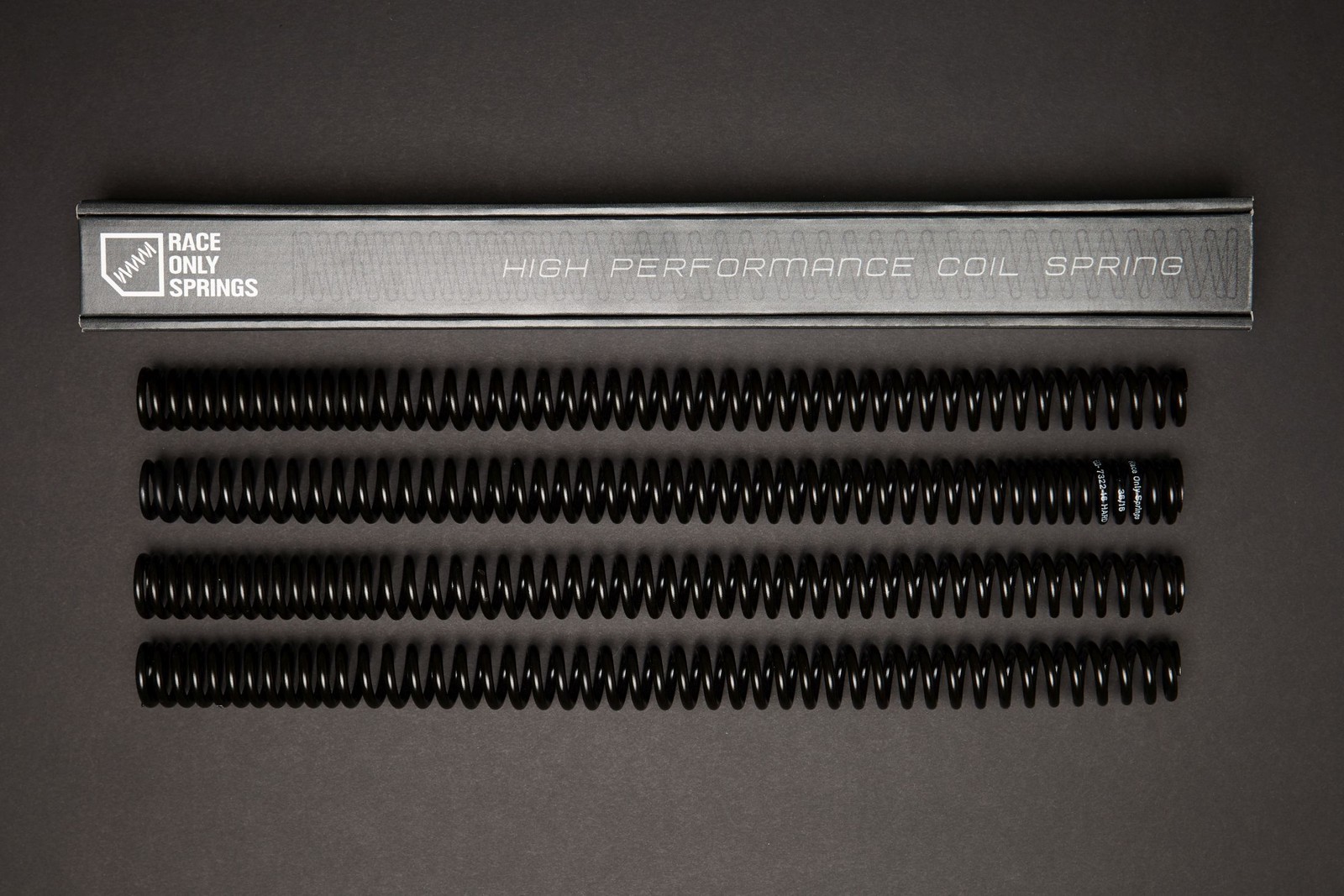 The springs are produced in a facility in Germany which manufactures nearly all of the high performance springs seen at the top end of both two and four wheel motorsports, using the same technology, materials, coatings and processes as you would see in a spring for WRC, F1, Le Mans, MotoGP, Motocross and many more. This ensures the tightest tolerances in the industry, the most accurate rates, a resistance to yielding of the spring's rate, a resistance to the spring shortening and the preservation of the spring's performance characteristics throughout its lifetime. Essentially every aspect has been addressed to produce the highest spec spring possible. 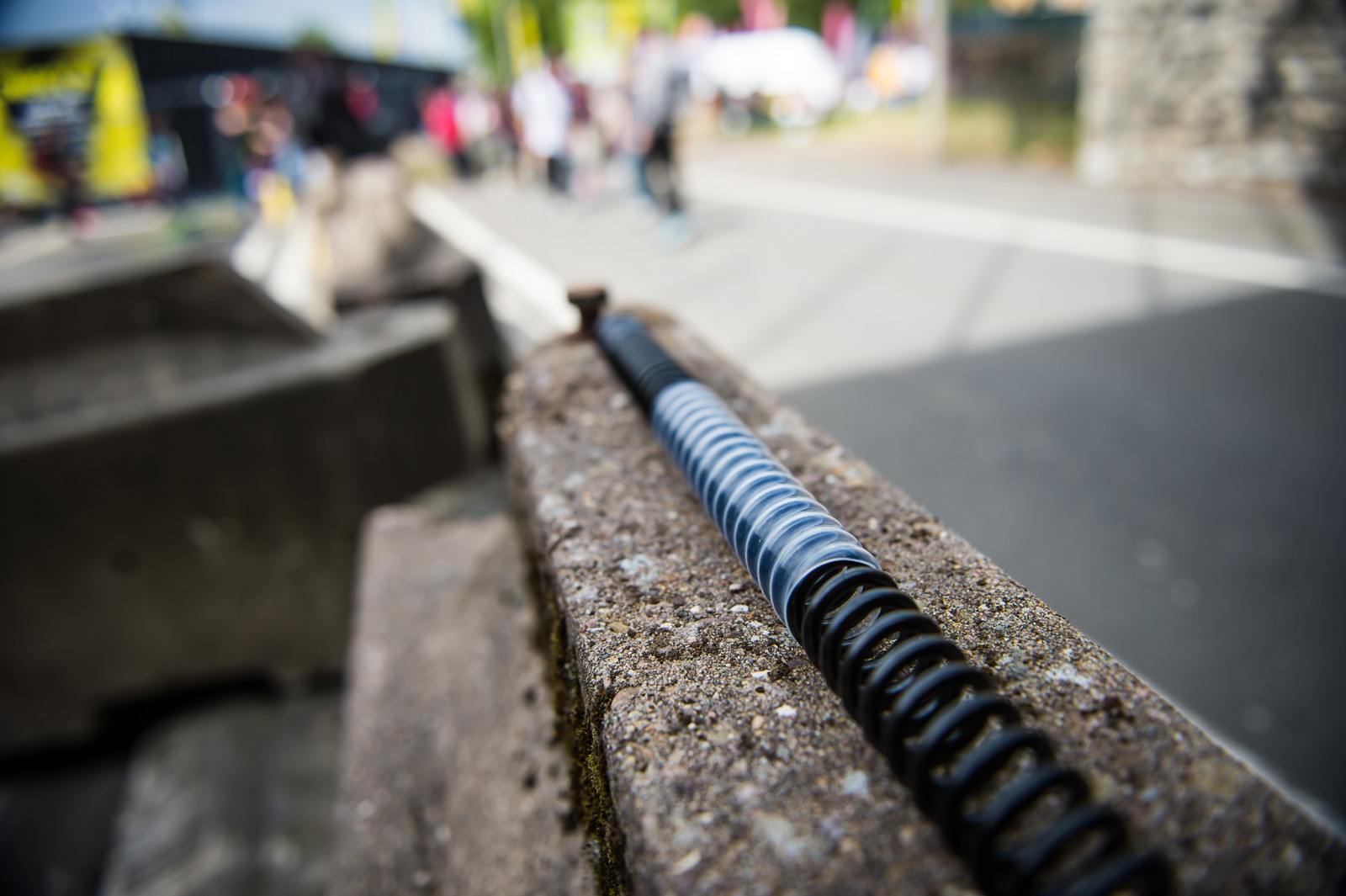 The springs are made out of a high tensile steel specifically developed for high end motorsport use. They are manufactured using the most advanced CNC machinery specifically built for making high end coil springs. They are also shot-peened, block resistant and heat treated to set the spring's rate and length. They use a KTL coating which was developed for F1, which is six times thinner than a standard spring coating and is used to preserve the spring's rate and stroke. The rate tolerances are within 2%. The stand out feature is the spring's dual rate, at 70% compression the rate increases by 15% providing that perfect ramp up which has so far been missing in coil MTB suspension. There are four rates available for now, with some stiffer rates on the way. The springs are also fitted with a low friction isolator which stops noise when the spring contacts the inside of the stanchion and also provides stiction free movement.

On track the springs are extremely supple in the initial travel, riders rave about the increased grip and feel in the front end. The main downfall of using coil has always been the linear nature of standard springs, in places where an air fork would ramp up a coil fork would bottom out. This left a lot of riders in a position where they wanted the feel, grip and predictability of a coil but also the ramp up provided by air. The dual rate combines the best of both worlds and offers incredible support when deep in the travel and all the benefits of a coil's feel and grip. Riders have commented on how they are getting less arm pump, far less harsh feedback into the handlebars vs standard coil or air and the front end feeling planted no matter how rough or blown out the track. Particularly in the wet, riders feel huge differences in grip. We've even had a certain rider purchase a spring and a week later finish top three at World Cup, which was incredible to see. We are very happy to be able to provide such a thoroughly tested, high-performance product to the public after its success on the race scene.

For more information and to keep up with Race Only Springs: