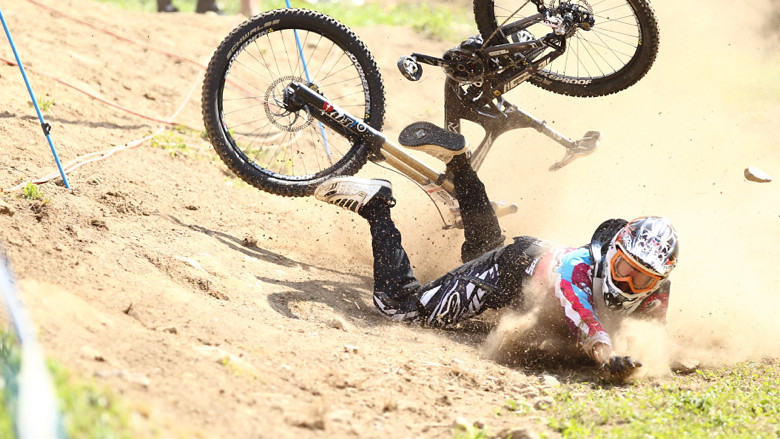 No early start in 2013 for the UCI World Cup downhill races rather a pack end of season. Get your plans together. There's a note on the schedule that says "potential World Cup event in China (after positive 2012 Test Event, 2013 World Cup date TBC)." We don't know if that includes DH or not. Update: The final 2013 calendar does not include an event in China, nor the round that was initially announced for Willingen, Germany. Revised schedule below. 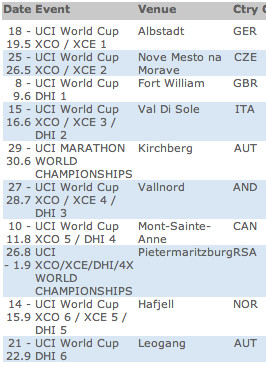