bturman
6/5/2011 7:06am
Elite Men:
Today's big stories come via two wildcards, MS-Evil rider Brook Macdonald and Team Giant's Danny Hart.
With nearly half the field to go, Brook Macdonald threw down an absolutely incredible run. He was the first person to break Aaron Gwin's qualifying time, and held the hot seat for more than 25 riders! Three-time Fort William winner Greg Minnaar was the first racer able to crack Macdonald's benchmark, and did so by 1.9 seconds. Actually, make that four-time Fort William winner, because Minnaar would hold out for the win.
Shortly after Minnaar finished all eyes turned to Danny Hart. His run was so loose! He blew off his pedals in an upper rock section but miraculously held it together for a 2nd place finish. Knowing he had done so well, Danny was all smiles when he removed his helmet at the finish. Great job Danny!
Second place qualifier Gee Atherton had a mechanical and lost several spokes from his rear wheel. Amazingly he only lost a few lost seconds on the lower portion of the course. Gee ended up 4th on the day.
Aaron Gwin looked solid up top, two wheel drifting into turns and nailing his lines. He was on a blazing pace, and at the second split he was up by 3.78 seconds over the rest of the field! Unfortunately he slipped a few pedals and reportedly crashed near the bottom losing several valuable seconds. 5th place on the day for Trek World Racing's Aaron Gwin. 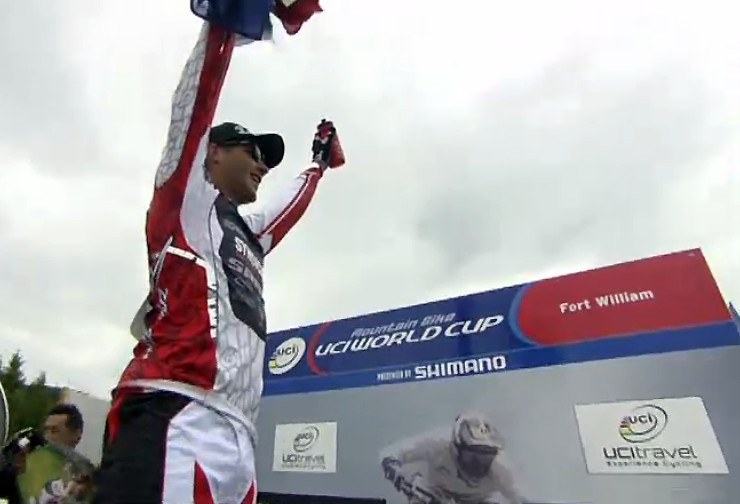 Elite Women:
Fresh off her win at the South Africa World Cup, Tracy Moseley has extended her overall lead in the Women's field. Early on it looked like third place qualifier Floriane Pugin would hold onto the hotseat, having put down a time nearly eight seconds faster than Rachel Atherton's first place qualifier from the day before. However, Moseley came through 7.53 seconds faster than Pugin. Atherton was up on Moseley nearly a full second at the first split, but lost some time on the lower portion of the track. She ended up 1.721 seconds off of Tracy's time and second place overall. 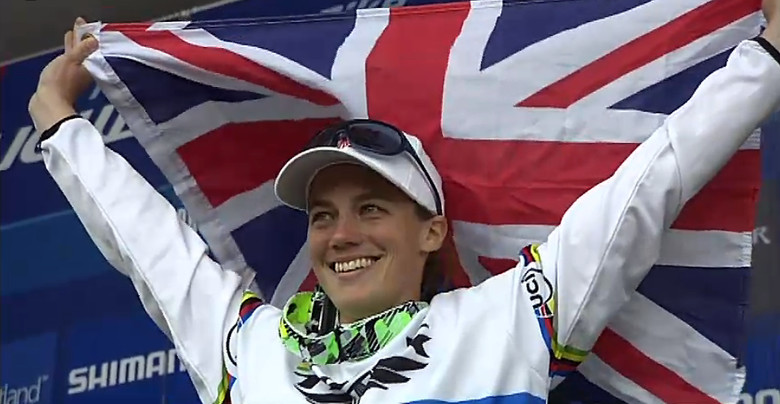