bturman 7/13/2016 4:34pm
7/13/2016 4:34pm Edited Date/Time 4/11/2017 1:25pm
Tackling a new trail feature or pushing your limits on a mountain bike can be intimidating, but there are several ways to make the process of learning easier. Looking back over the 15+ years I've been riding mountain bikes, several things stand out as ways that helped me become a better rider. Today I'd like to share some of that wisdom:

Dick About
Seb Kemp said it best: "The secret to becoming a better rider is to dick about way more than you probably already do." Whether it's messing around in the parking lot, jumping off curbs, skidding 'til your tread is gone, or simply making a fool of yourself while others take a mid-ride break, Seb's advice is invaluable. Dick about, fall over, laugh, then hike back up and do it over again. This is one of the best ways to learn to master your ride. Get lost in the moment and be a kid again. 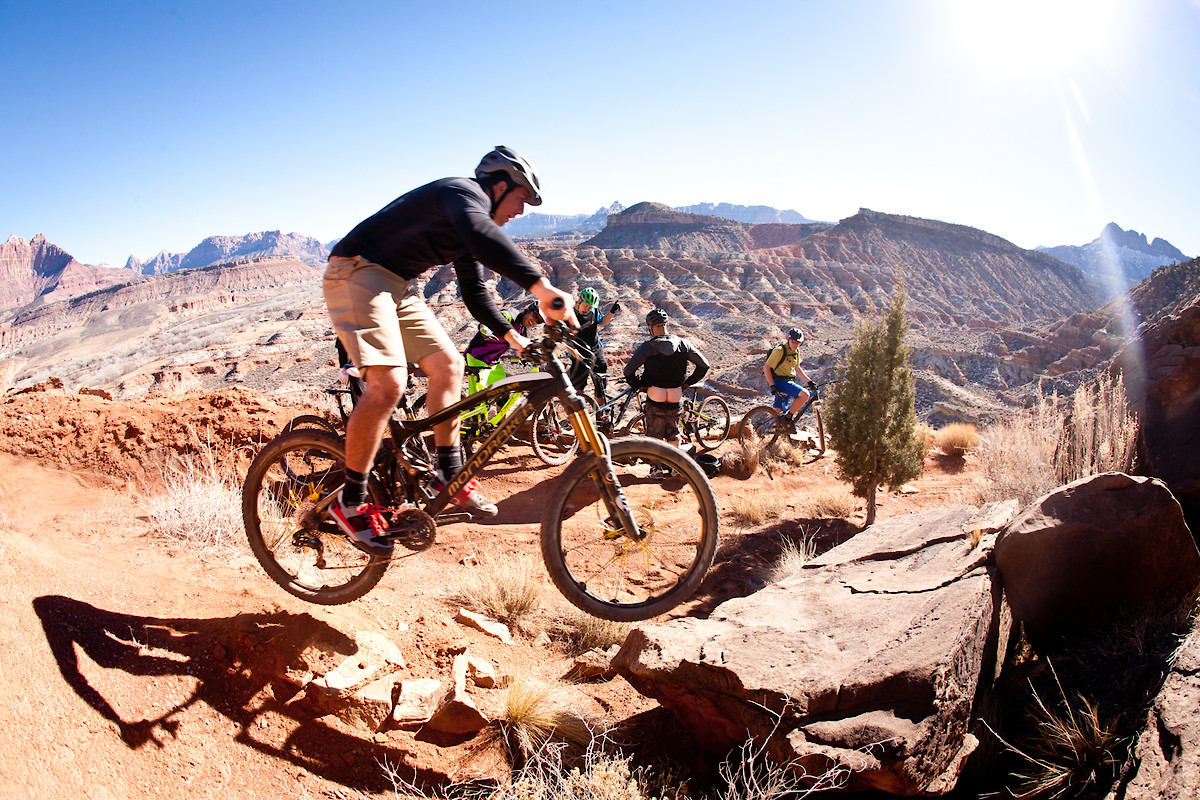 Ride With Someone (Slightly) Faster Than You
When I began racing, I remember following another competitor down the course and being blown away that my tires could hold traction at the speeds we were going. That same day I chased after another rider who took some incredible lines that I hadn't even considered while walking the course. These small moments of realization can open your eyes to new possibilities and ways of tackling the terrain, and the chance to mimic a rider who's slightly faster than you will likely expedite the learning process. 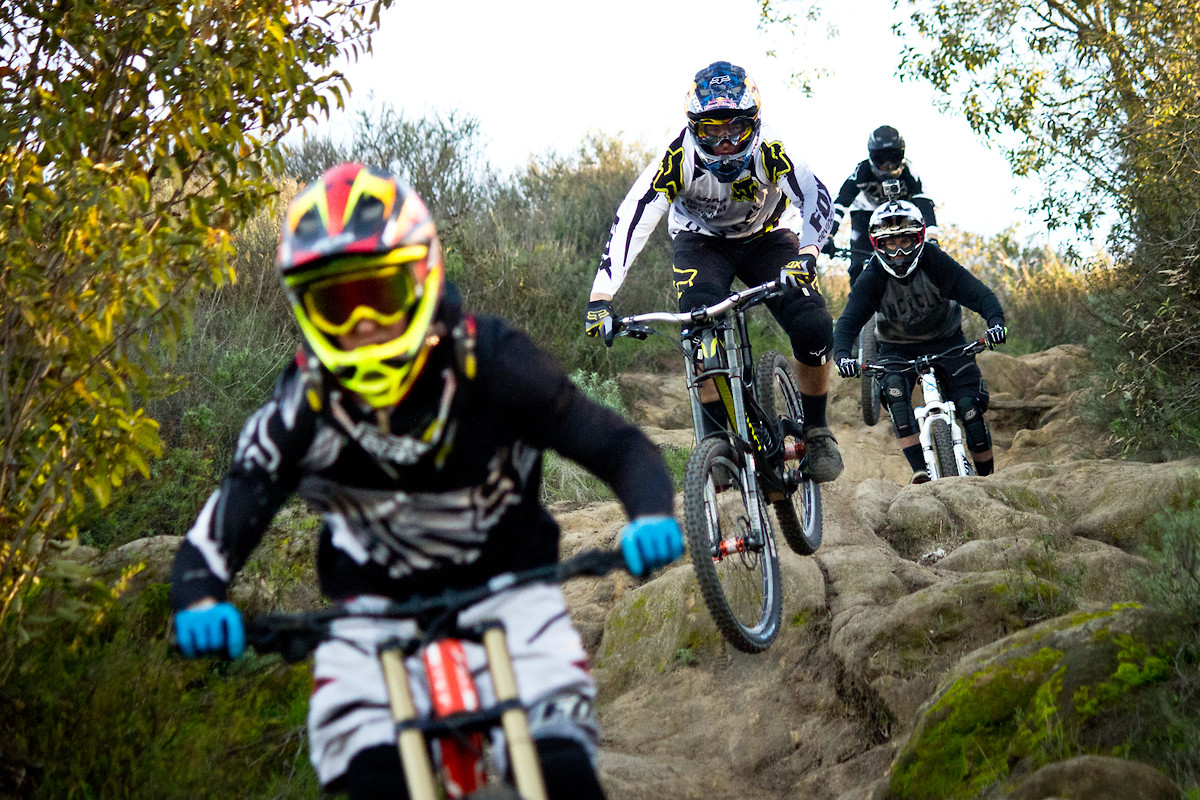 Scare Yourself A Little Every Ride
Gently pushing your boundaries until what once scared you becomes your new "normal" is pretty much the definition of progression. I'm not advocating that you go twice as big as you ever have before, but to slowly up your game. A little peer pressure can work wonders here, but don't get too crazy unless you're confident in your base skills. 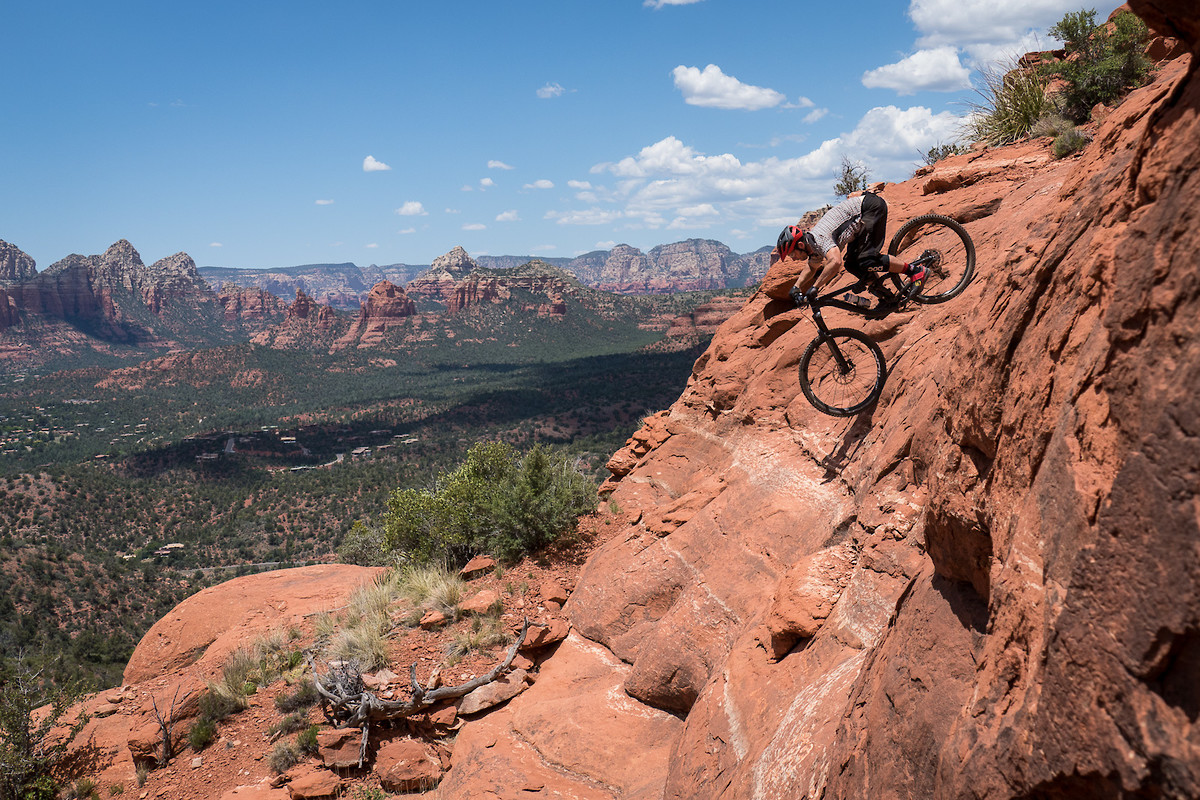 Master The Wheelie
Learning ride on your back wheel is a surefire way to work on your balance, become proficient with brake control, and to get a ton of enjoyment out of your ride time. Need some guidance? Trials master Ryan Leech has a program that'll have you popping wheelies in no time. Keep those arms straight and try and try again. You'll get it! Once you've got it dialed on flat ground, take it to the trails for an added challenge. Next on the agenda is manualing. You'll be surprised at how often the skill is useful. 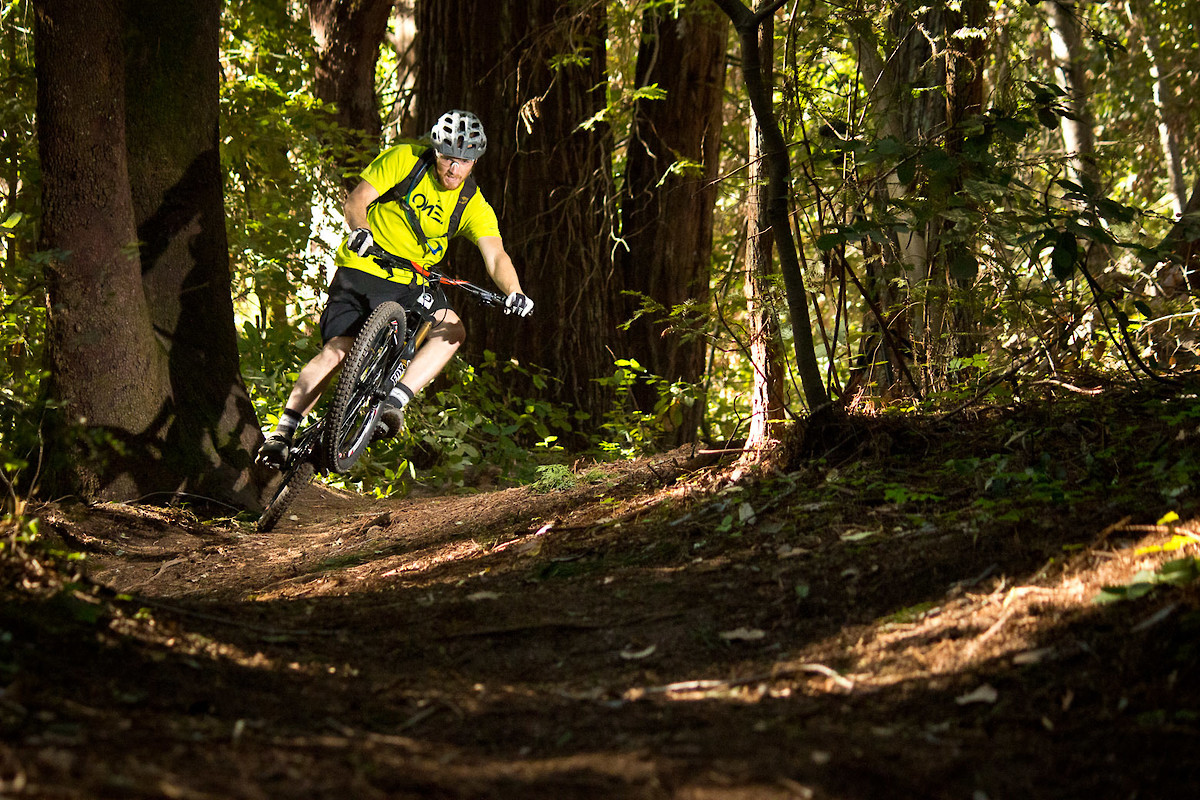 Take A Skills Camp
As a self-taught rider, I somehow managed to work my way up to the Semi-Pro ranks while racing downhill. Despite my efforts to go faster and faster, my results began to plateau. It turns out I'd been cornering incorrectly for years, which is something I likely would have never known unless I took a skills camp. Learning to corner properly after so many years of doing it wrong took a little readjusting, but it wasn't long until my speeds and confidence were once again able to increase. You'll want to seek out a reputable coach. Gene Hamilton at BetterRide unlocked new potential for me, and I think back to his lessons almost every ride. 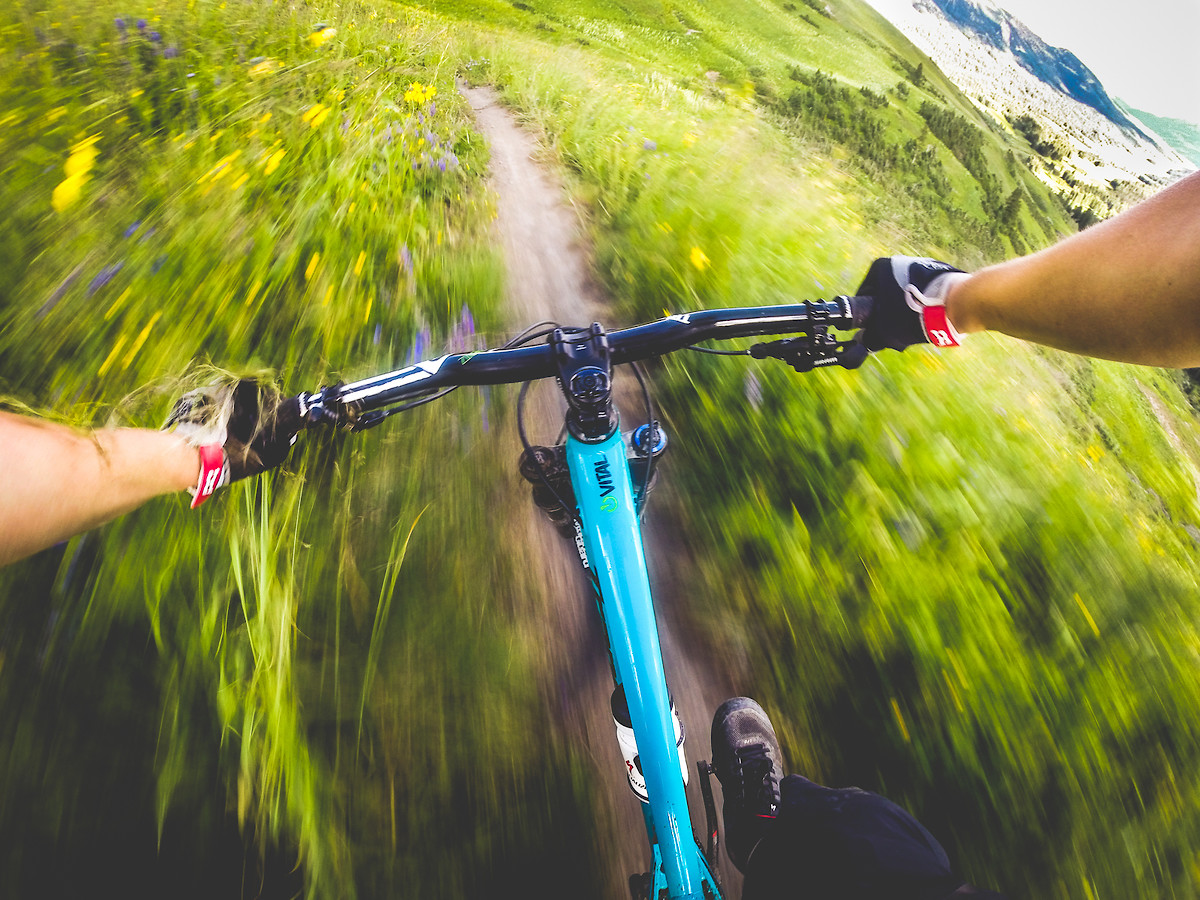 Ride A Bike Park
As with any skill, repetition is key, and there's no better place to do this than a bike park. Thanks to lift access it's possible to ride 8-10 times as much terrain in a day as you'd typically be able under your own power. Start with the easiest trails and work your way up, repeating trails until you've nailed every line and blasted every feature. Many bike parks also have skills areas designed to help you learn, so take advantage of them. 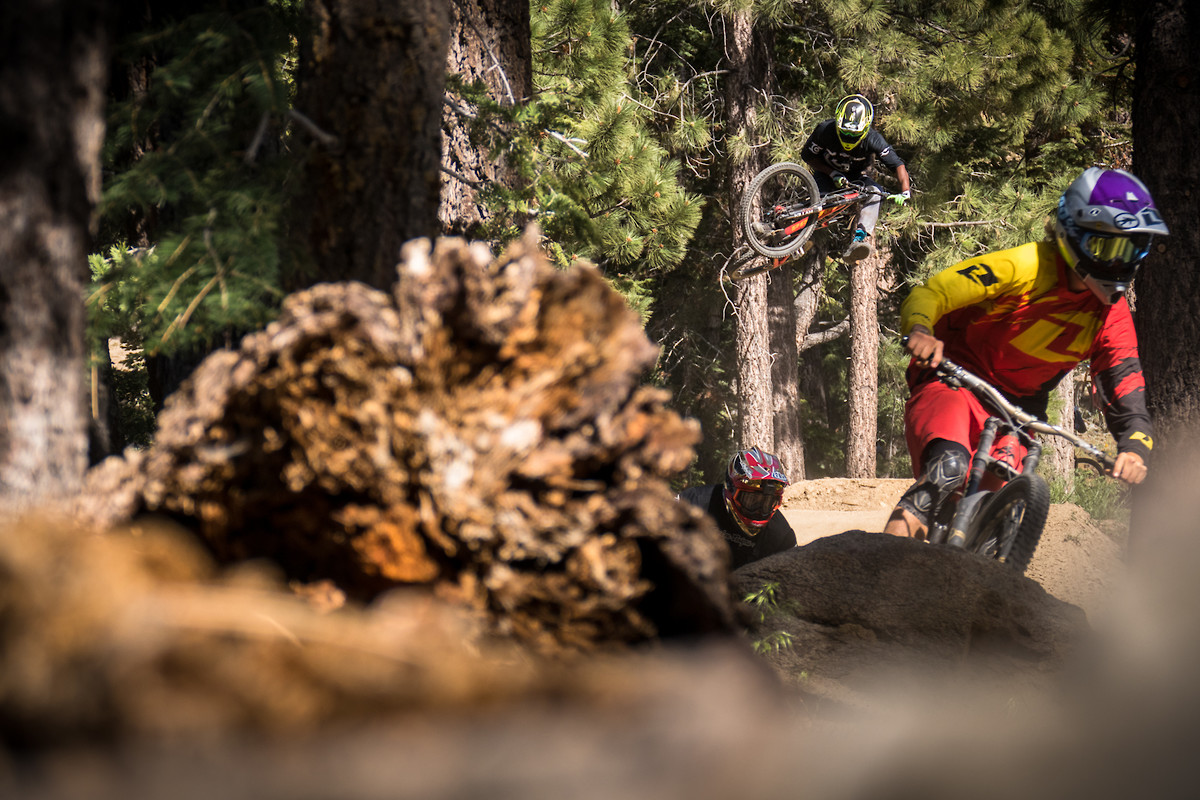 Travel More
It's easy to get stuck in a rut on your local trails. Riding in different locations exposes you to new kinds of dirt, obstacles, and styles of trail building that can only add to your experience. It's road trip time! 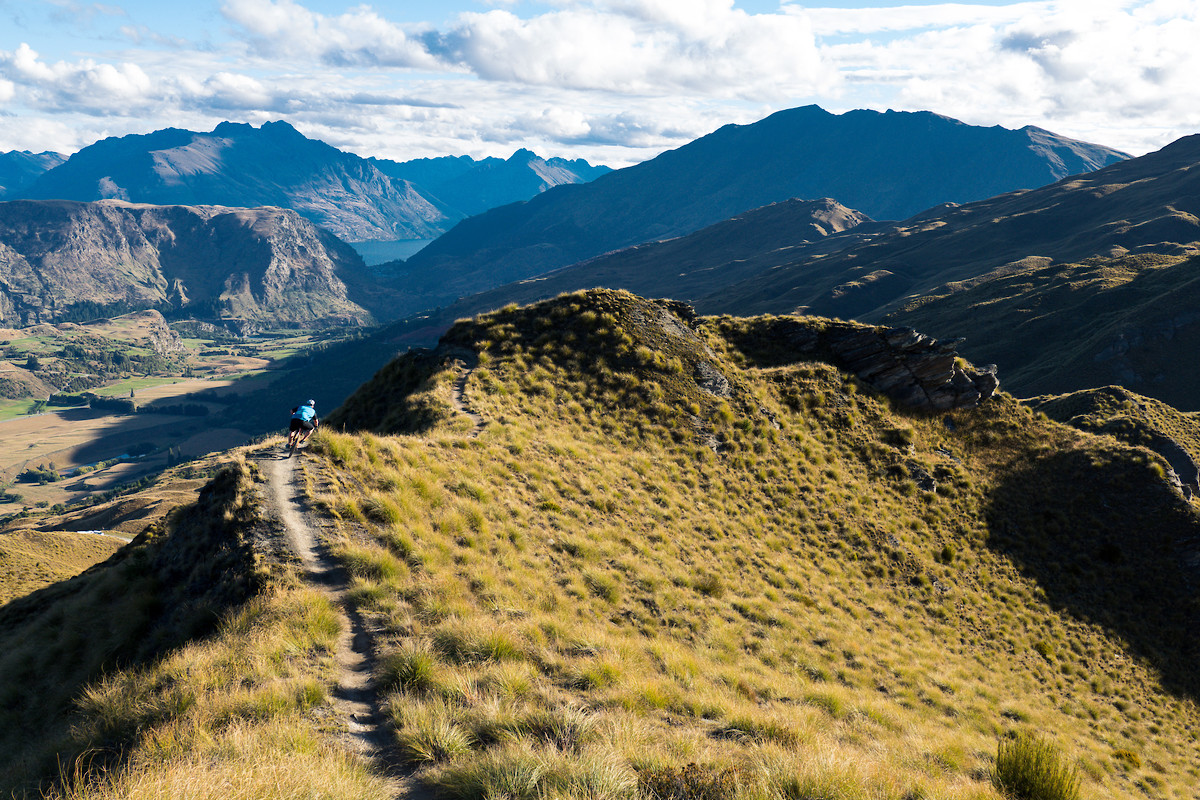 Learn To Dirt Jump
It's amazing to me how many seemingly very proficient riders can't jump. Then again, not many riders spend time at the local dirt pile. The crossover between disciplines is huge, and mastering this skill can help transform you from XC Joe to shredding Pro. Working your way up from the small to the big set will likely take a lot of time, but those hours will payoff in the long run by allowing you to ride all kinds of terrain in ways you may have never imagined. Don't forget to lend a hand at your local dirt jump spot, as learning to build is another surprising way to improve. 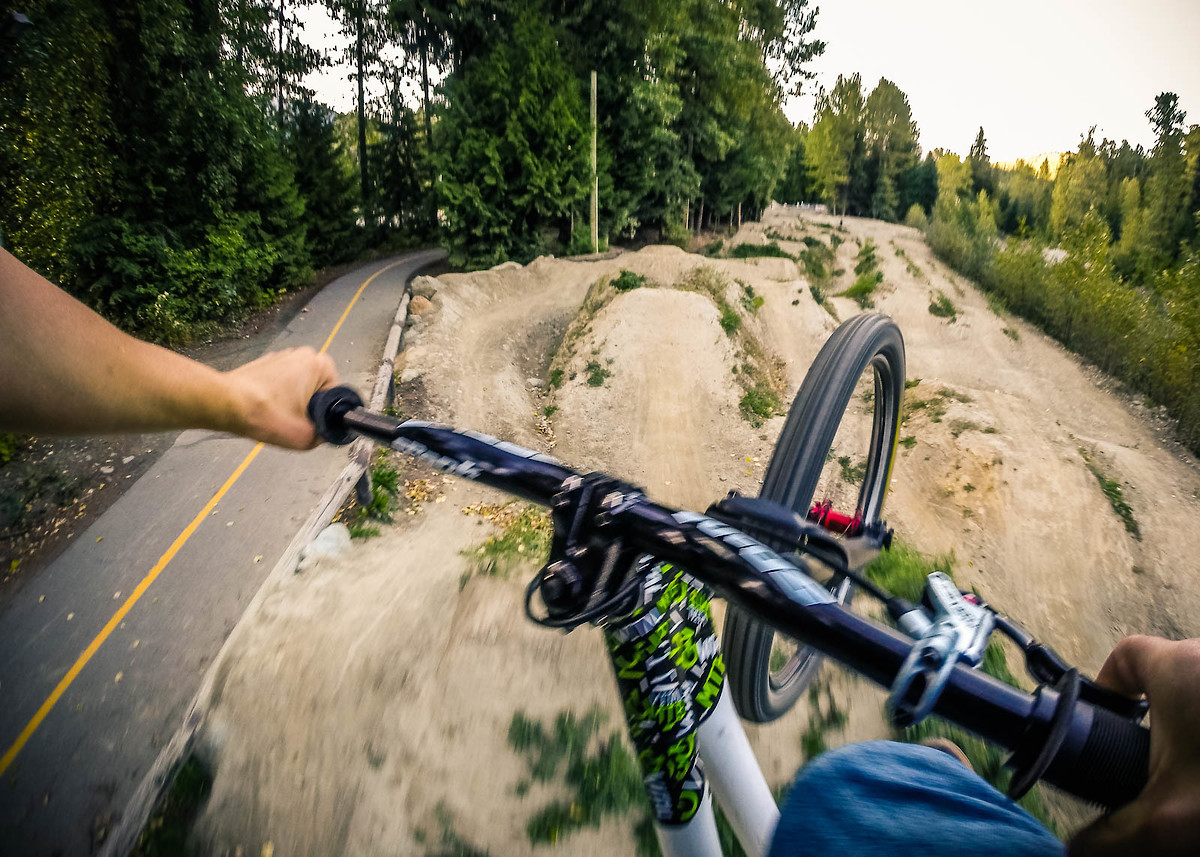 Experiment With Your Setup
There's likely unrealized potential in your bike, and it's probably just a few knob clicks or psi away from your current settings. Change just one thing at a time, re-ride a section while making note of the difference (write it down), and repeat until you've found your sweet spot. Over time you'll learn exactly what works best for your style. 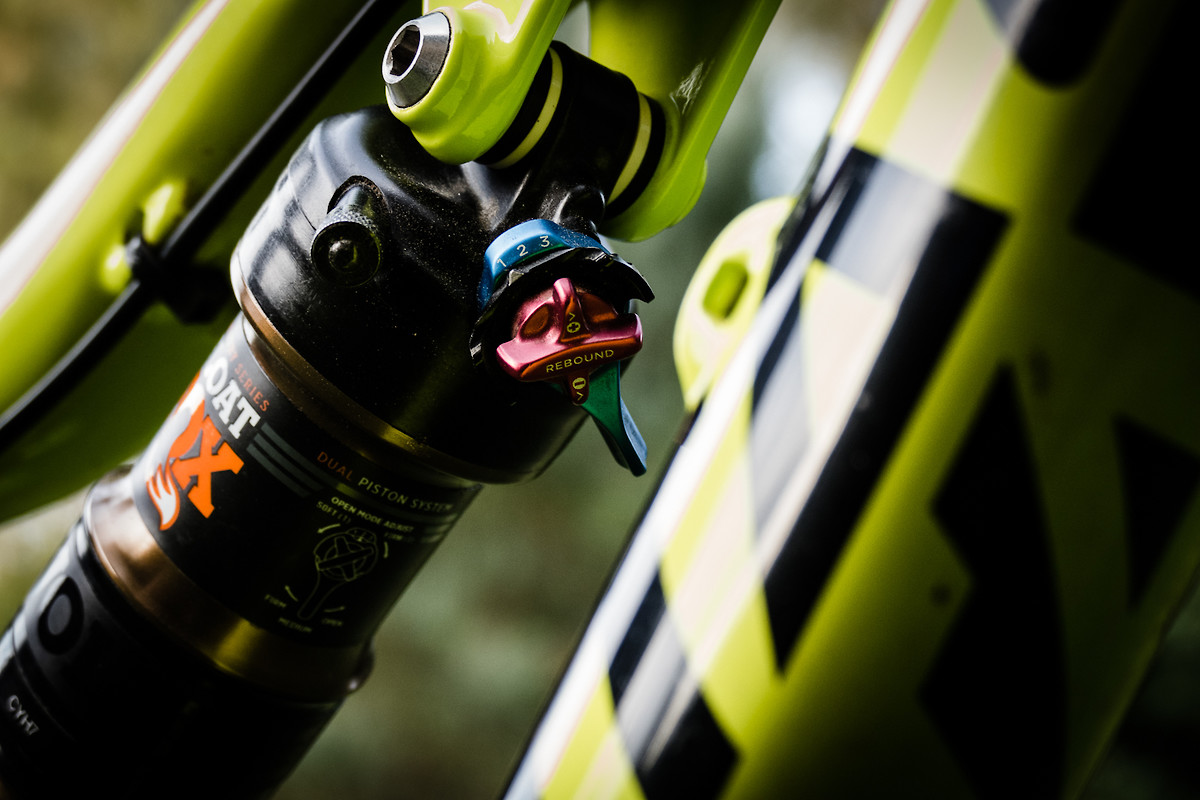 Look Further Ahead
This was one of the biggest keys for me, and it's something I still work on today. Looking further ahead effectively slows the perceived rate at which the trail comes at you, allowing you to plan further ahead and nail more lines. Be sure to look where you want to go, not where you don't. 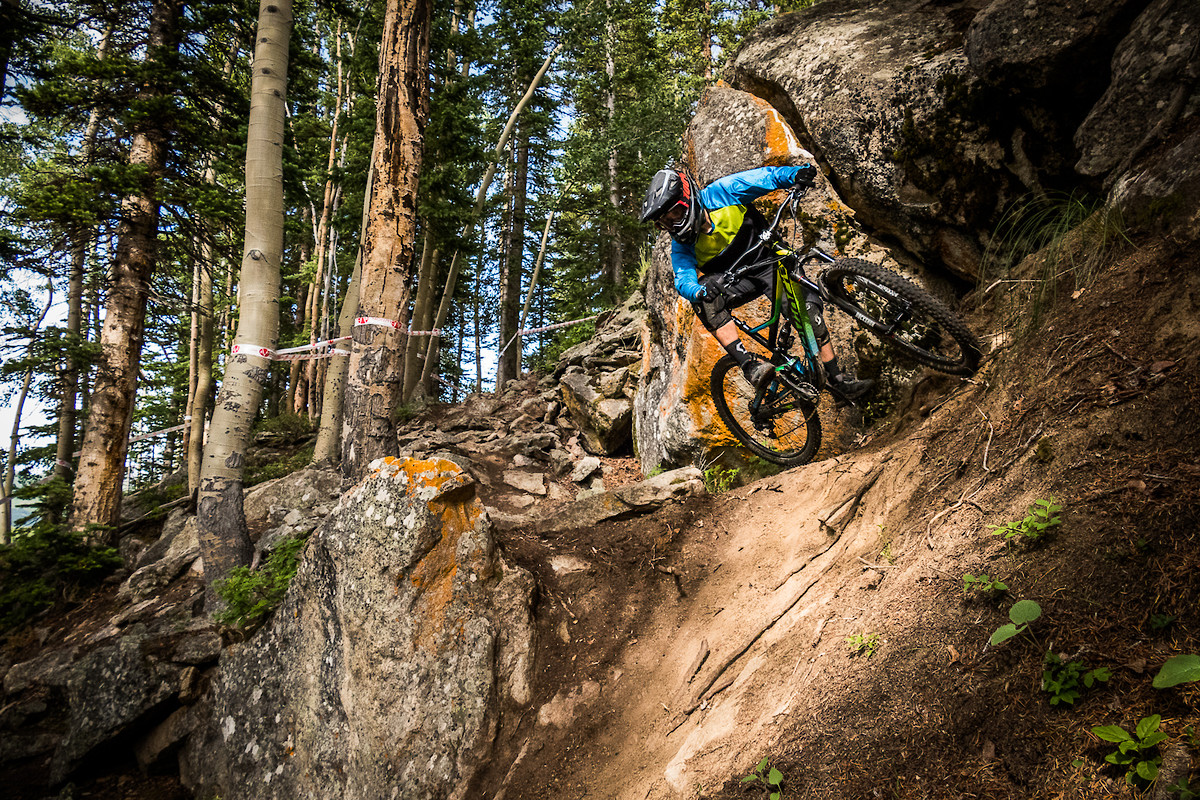 That's ten ways to improve as a mountain biker. What tips do you have to share?
|
kev.1n

That shot of the rock roll in Sedona, what trail is that?
Big Bird

Besides... Jumping is fun.
TreyClay

kev.1n wrote:
These are awesome tips, a few I'm still working on too!

That shot of the rock roll in Sedona, what trail is that?

I do believe that is "Chewy's Line" that is an option off of the Hangover Trail. It's not marked, so you just have to look for it towards the backside of Hangover. 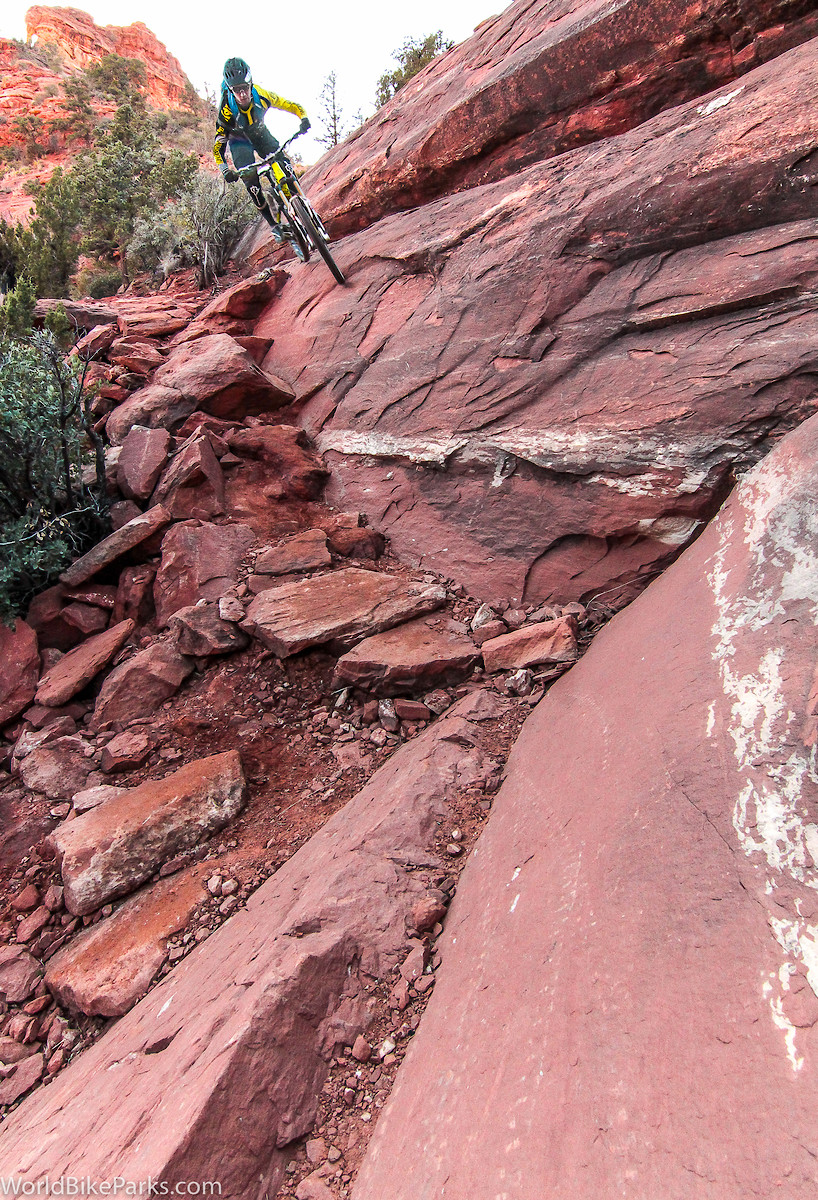 I've definitely ridden that line before! Looks gnarly as hell in the photo.... Probably because it is! Haha

Another tip I'd have to give, learn how to ride flat corners. Set up a few cones, or stones as markers to make a tight slalom track, ideally somewhere with loose gravel and plenty of speed. Set up different turn archs, tight, wide, long, quick transitions between turns, definitely something challenging that makes you take your foot off the pedal at first.
Knowing how to control your bike on loose flat corners and maintain traction is an amazing and helpful skill for when flat corners catches you off guard. Everyone should be able to tap into their inner sam hill.
Daniel_Layton

Post a reply to: Ways to Become a Better Mountain Biker